Super performance by Sethu and Hari

Hikaru Nakamura won the Gibraltar Masters 2016 in great style. For Indians it was a highly successful event as 16 out of the 21 players, we had out there, increased their rating. Sethuraman was the best performer finishing fourth, while Harikrishna settled for fifth. We will soon bring you a final detailed report with games, moments and much more from Gibraltar, as of now enjoy a quickie.

The Gibraltar Masters 2016 came to an end on the 4th of February 2016. After a hard fought battle in the playoffs it was Nakamura who emerged victorious against MVL. 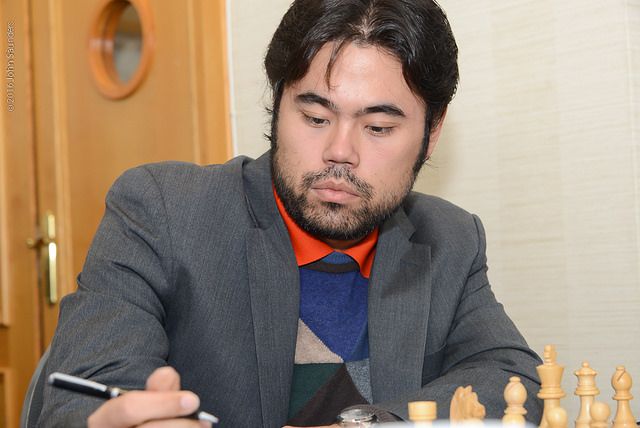 As for the Indians the tournament was a highly successful one. Sethuraman and Harikrishna scored 7.5/10 and finished fourth and fifth respectively. 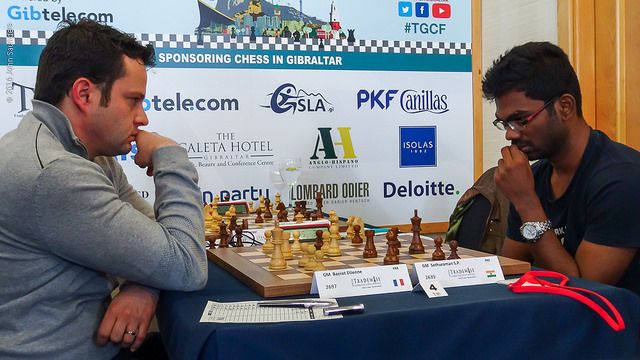 Sethuraman employed the Open Spanish and drew his final round game against Etienne Bacrot
One of the best result for Sethu was his ninth round win against Radoslaw Wojtaszek. What is truly amazing is the fact that Sethuraman lost to Harikrishna in the fifth round and yet finished above him in the final standings! Just goes to show what an aggressive and an ambitious player he really is. 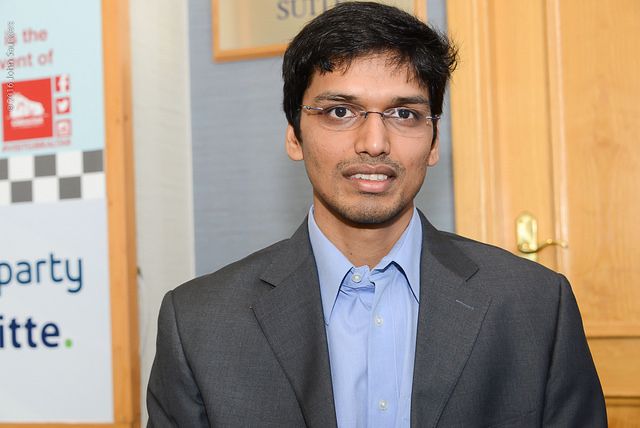 Harikrishna played a fine event, remaining unbeaten and finishing fifth
It is truly astonishing how Harikrishna is able to increase his rating in almost every tournament he plays in spite of having such a mammoth Elo of 2755. In this event he gained 3.5 Elo points. At one point it seemed as if he would overtake Anand and become India number one on the live rating list, but Anand's two wins in the end kept the status quo. As of now Anand is on 2762 while Harikrishna is on 2756. 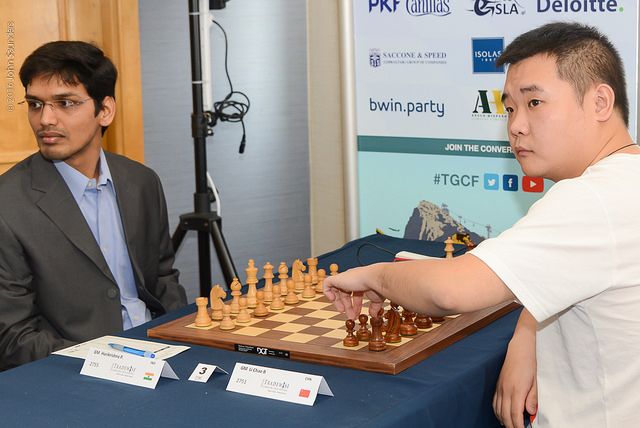 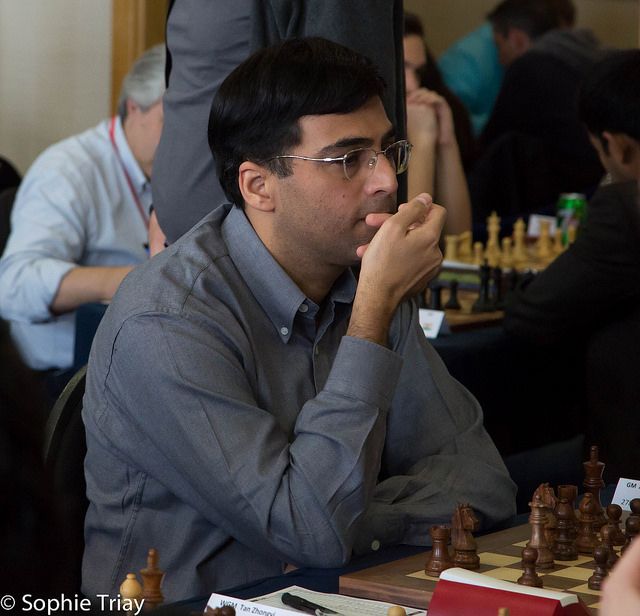 Anand finished the event with two fine wins, but the damage had already been done. He lost 21 Elo points and ended up on the 41st position.
We wish Anand a speedy recovery from this event and hope that he will be back with a bang at the Zurich Masters in February and the Candidates 2016 in March.

Final Ranking after 10 Rounds (7 points and above]

Final results of all 257 players

Day's play by our very own Tania Sachdev 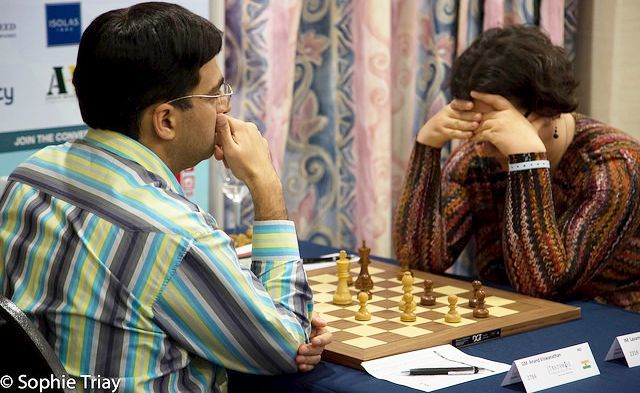 Anand does a Carlsen!

27/01/2016 - At the Qatar Masters Open 2015 Magnus Carlsen drew his first round game against Nino Batsiashvili and went on to win the tournament. Anand has taken the first step in the right direction(!), by drawing his game against Szidonia Vajda rated 450 Elo points below him! We have an illustrated report from Gibraltar with game analysis, pictures and a special moment sent to us by Nisha Mohota. 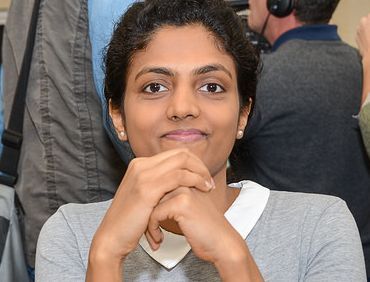 29/01/2016 - The third round at the Gibraltar Masters turned out to be an excellent one for Indians. Harika was surely the performer of the day as she played a nearly flawless game against Nigel Short. Vishy Anand showed exactly why he was rated 340 points above his opponent and Aravindh Chithambaram once again impressed us with his imaginative attacking abilities. We also have a very nice blitz tournament report sent to us by IM Nisha Mohota from the venue! 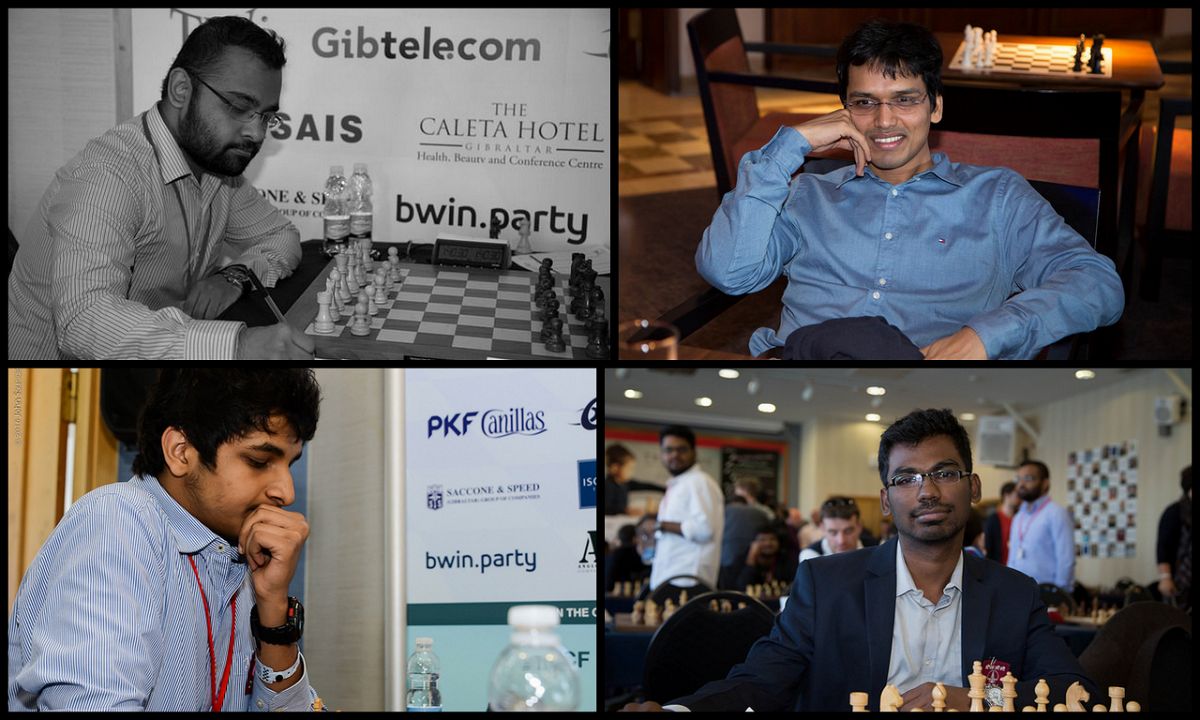 Four Indians at top in Gibraltar

02/02/2016 - After seven rounds Anton Guijarro leads the super strong Gibraltar Chess festival with 6.0/7. Four Indians, Harikrishna, Sethuraman, Vidit and Abhijeet Gupta follow on the leader's heels with 5.5/7. Vishy Anand is currently languishing on 4.0/7 after he lost to Benjamin Gledura in the seventh round. We have game analysis and some selected pictures from the event. 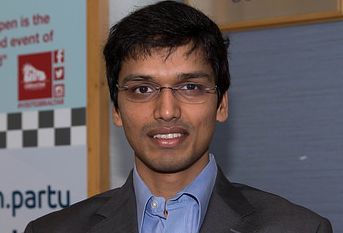 Hari in a hurry!

03/02/2016 - Harikrishna played the London System against Vidit Gujrathi and was able to subdue him with some nice attacking moves. With this win, Hari moves into the leaders pack with 6.5/8. Sethuraman and Abhijeet Gupta follow him on six points. The reason why today can be a big day for chess in India is that Harikrishna has a chance to overtake Anand on the live Elo rating list. This and much more in our today's article from Gibraltar.