The biggest chess open in the world currently, the Gibraltar Masters, has reached the halfway mark. After four rounds of play, GM Ju Wenjun and ACP President, GM Emil Sutovsky were leading the tournament with a perfect score of 4.0/4. Their game ended in a tame draw. However, this was compensated by scintillating wins by Nakamura, Caruana and Topalov. For Indians Lalith Babu drew his game against Ivanchuk and Abhijeet Gupta has now scored four consecutive wins. We bring you an illustrated round five report.

As round five of the ten-round event began, Ju Wenjun was heading closer to reaching the 2600 rating mark and becoming the sixth woman in the history of the game to have reached that feat. With only three points to gain, she sat down to play against Sutovsky. Behind these two, a strong league of grandmasters including the likes of Mickey Adams, Hikaru Nakamura and MVL were roughing it out to catch them in the lead. There was blood anticipated over the chessboard. 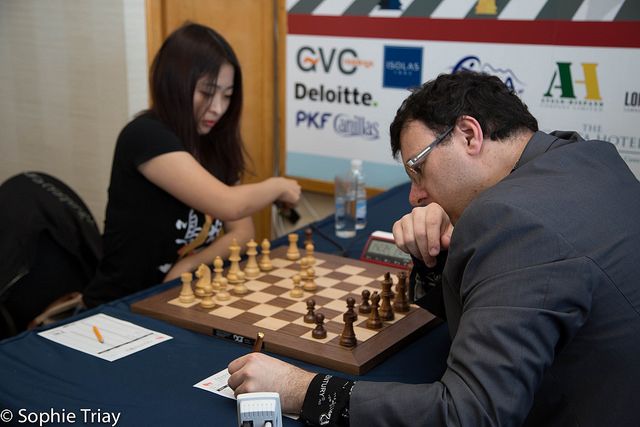 Within the first twenty minutes of play game a disappointing result for the audiences.

To the disappointment of the crowd, Ju Wenjun agreed to a draw against Emil Sutovsky in just 15 moves of a Grunfeld Defence. Knowing that the spectators would be disappointed with the result, Emil Sutovsky went into the commentary room and explained to the commentators Simon Williams and Jovanka Houska that he felt bad about having taken a draw so early. He further explained that he might have ended in a worse position if he hadn’t taken the repetition at that point. Not to mention the fact that he was taken by surprise by Wenjun’s opening choice.

“The tournament situation sometimes dictates what you do” – Emil Sutovsky
What Wenjun had to say...

Although the top board game was a quick and disappointing draw, it sent a wave of motivation to the players trying to catch Wenjun and Sutovsky in the lead and there were quite a few decisive results on the top boards. 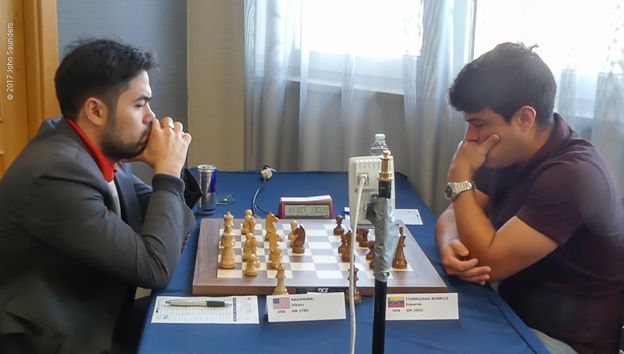 Hikaru Nakamura crushed the Venezuelan GM Eduardo Itturizaga Bonelli in just 28 moves of a Queen’s Indian Defence on board 3. 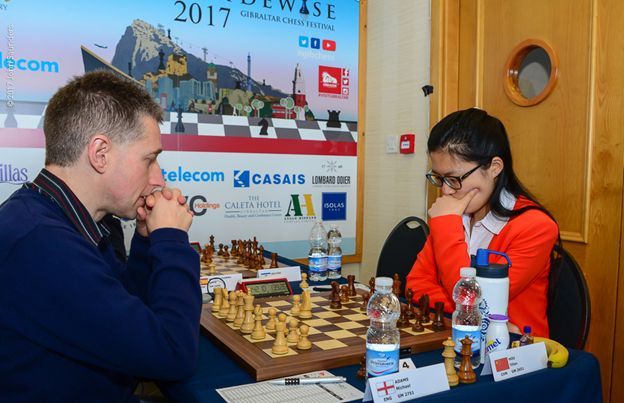 The board 4 encounter between Michael Adams and the Women’s World Champion Hou Yifan was a long tumultuous battle that ended in a victory for the English Grandmaster. 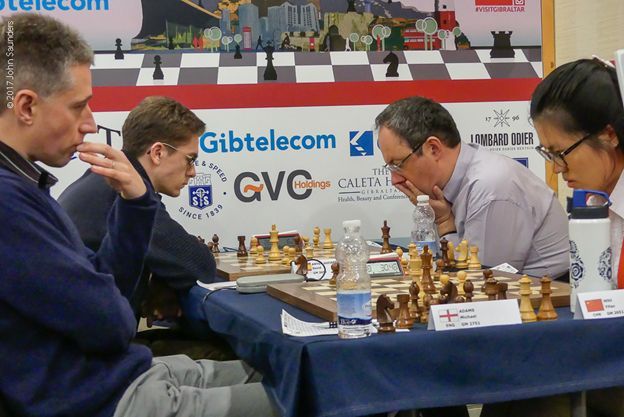 The Spaniard, David Anton Guijarro got the better of the former World Championship Challenger, GM Boris Gelfand after the Israeli Grandmaster made an inaccuracy one move before reaching the time control in an English Opening. 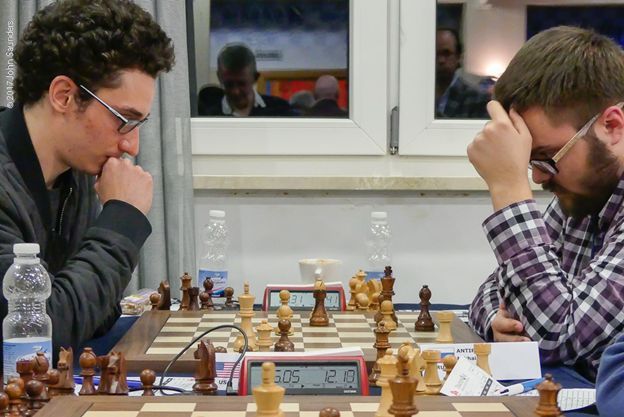 Fabiano Caruana had to fight a long arduous battle against Mikhail Antipov to secure victory in an Accelerated Dragon.

Performance of the Indian posse.

Round five brought mixed results for team India. Although GM Surya Shekhar Ganguly lost his game to the ex-Women’s World Champ, Antoaneta Stefanova, GM Abhijeet Gupta sealed his fourth win in a row. He is now back at the top after his first round upset against the German FM Frank Buchenau. 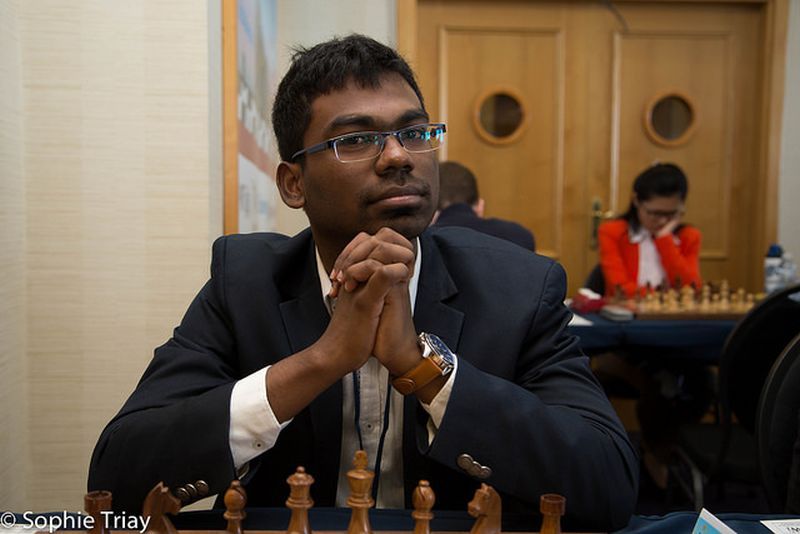 Sethuraman drew a complicated game against… 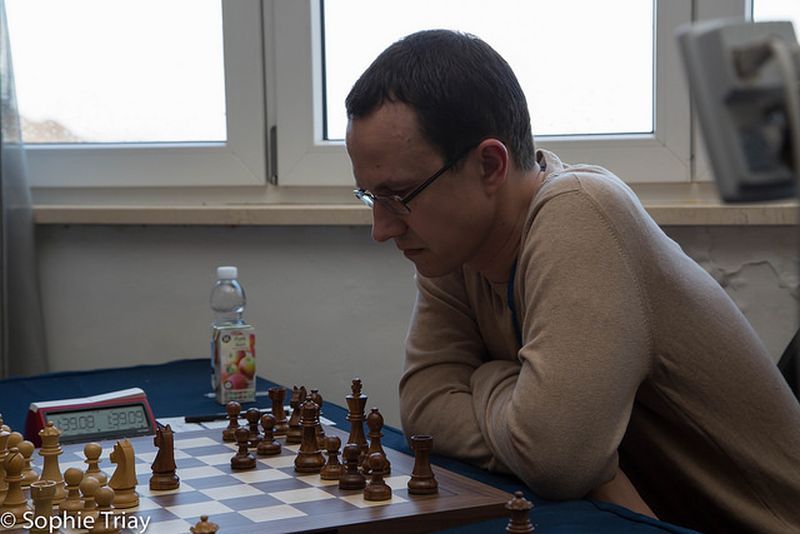 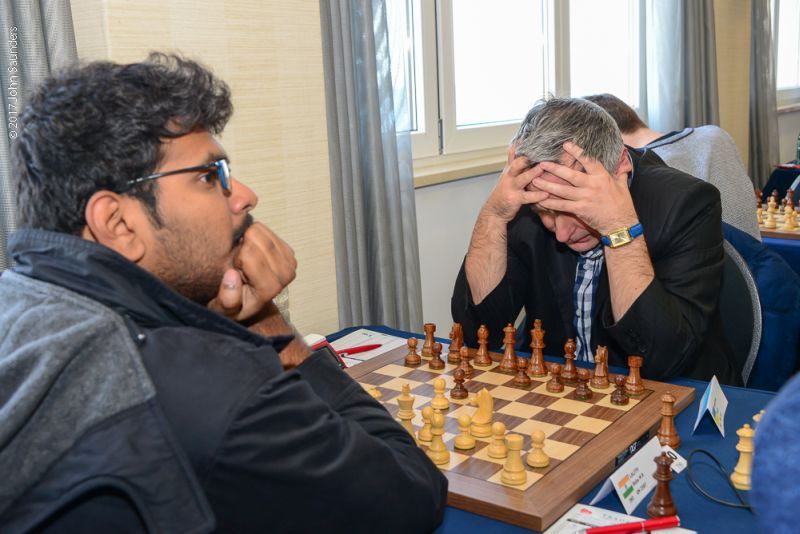 GM Lalith Babu is standing strong against the storm of elite GMs the Gibraltar Masters is throwing at him. This time he drew against Vassily Ivanchuk… 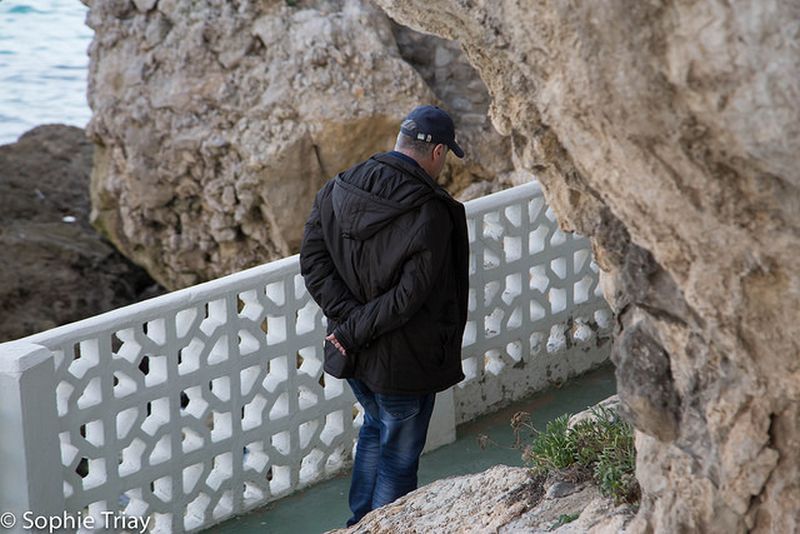 …who was caught musing around after the game.

Game of the day 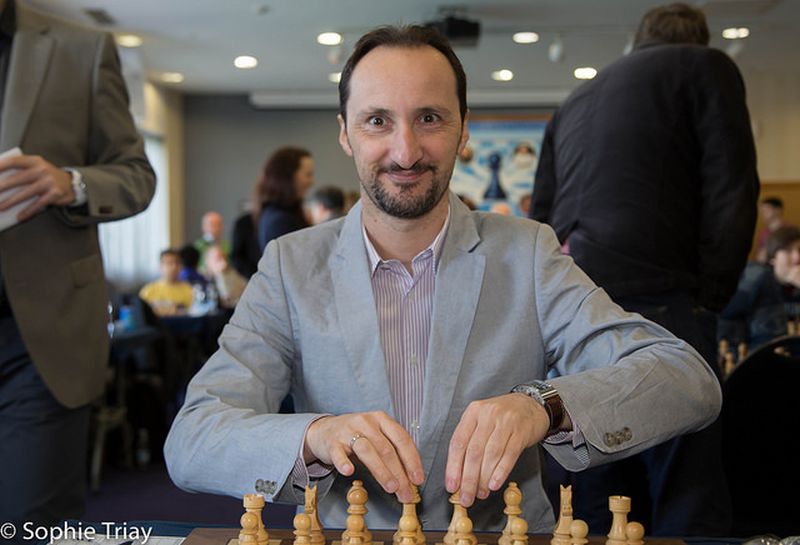 There were quite a few grueling encounters in round five. But the one that stood out from the rest was Veselin Topalov’s game against Deac Bogdan-Daniel.

With the hope of reaching a solid position, Topalov chose to play the Catalan. But him being him, and him being awesome, the position turned wild in no time. In just 25 moves, Deac was on his knees!