"Thanks to the time spent on studying Sasikiran vs Aronian game, the present endgame felt relatively straightforward to hold." This is what Surya Shekhar Ganguly had to say after he drew his penultimate round against Vallejo Pons at the Bangkok Open 2016. In this article we present our readers with both the endgames. Going over it meticulously will teach you stuff which even 2700+ grandmasters would not know. These analyses are taken from Chess Informant 128 and we thank Surya and our friends from Serbia for this wealth of knowledge.

Ask a strong player of the 70s and 80s as to how he was working on chess back then and his reply would always be, "Chess information in those days was very slow moving. There was only one source of knowledge and that was the Informant!"

Chess Informant was established in 1966 with an aim to arm the world with the knowledge possessed by Soviet chess players. Top games would be published in it along with the analysis by strong grandmasters. In a world where there were no computers, databases and coaches, you can imagine what an important source of knowledge this was!

However, soon the digital revolution started. Information was much easily available. No longer did you have to wait for the Informant to get the latest games. This could be easily done online. One of the drawbacks of Informant's analysis was that there were no written comments to the games, only variations. With the emergence of computer engines this became quite possible to do in the comforts of your house. In a way the importance of Chess Informant started to gradually reduce.

Since 2012, the Serbian publishing house has made some huge changes in the format of publication of the Chess Informant. Mainly thanks to the efforts of its dynamic CEO Josip Asik, the quarterly periodical is no longer dull and dry as it used to be. There are word based analysis by high class players and there is a lot that one can learn by going over the material. 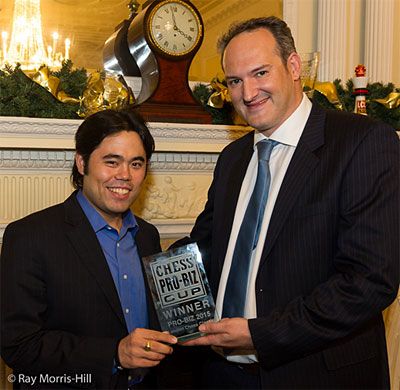 Josip Asik along with Hikaru Nakamura after winning the Pro-Biz Cup at the London Chess Classic 2015. Josip, the CEO of Chess Informant, is a strong chess player with a FIDE Master title.

At the recently concluded Dutch Open 2016, which was won by Sandipan Chanda, I was able to finish one of my games under two hours. With Amruta still battling out against her opponent, I was left with some time to kill. I went to the book stall and surveyed the various books with their glossy brand new covers lying there! There were books by Gambit, Quality Chess, New in Chess, Thinker's Publication, Everyman Chess etc. My attention was drawn towards the latest issue of the Chess Informant - 128. 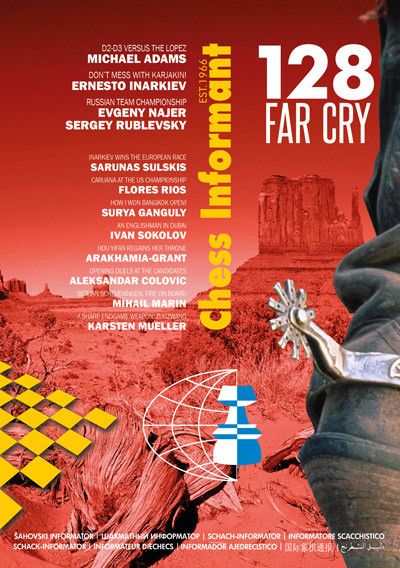 How I won the Bangkok Open by Surya Ganguly was the article that made me dive into the Informant! 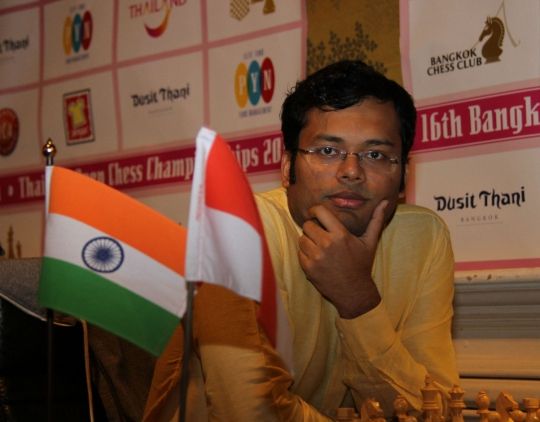 Surya scored 7.5/9 to win the title ahead of many strong players like Vallejo Pons, Loek van Wely, Nigel Short etc.

Ganguly's tournament victory was confirmed thanks to his final round win over Loek van Wely. However, this would never have been possible had he not saved the difficult rook endgame that he found himself against Vallejo Pons in the penultimate round. Surya was a pawn down in the rook endgame and was facing an uphill task to draw the game. However, he had analyzed a similar endgame between Sasikiran and Levon Aronian way back in 2010 and that was the reason why he could easily hold this. Let's hand over the mic to Surya now. 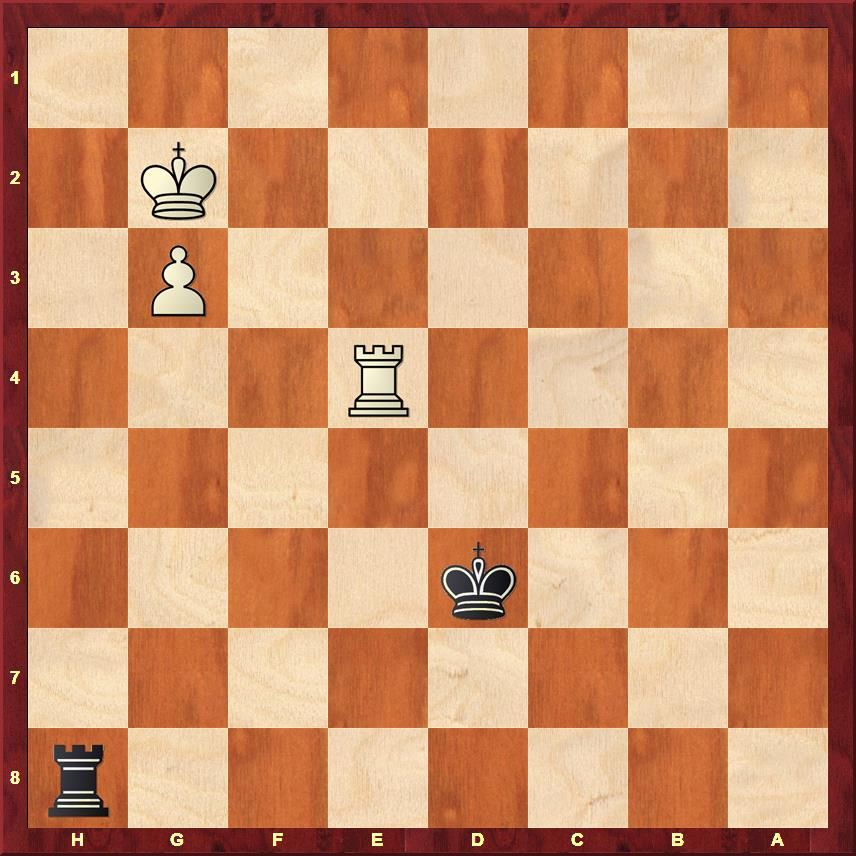 After you have gone through Ganguly's game against Vallejo Pons, it is now time for some hard core training with the game Sasikiran Krishnan versus Levon Aronian from the World Teams 2010.

Sasikiran in the Indian jersey at the World Teams 2010
Before you can study Ganguly's in-depth annotations, it would make good sense to find answers to the positions given below. These are in some ways memory markers and will help you when you land in such similar positions in the future.
Sasikiran vs Aronian, World Teams 2010 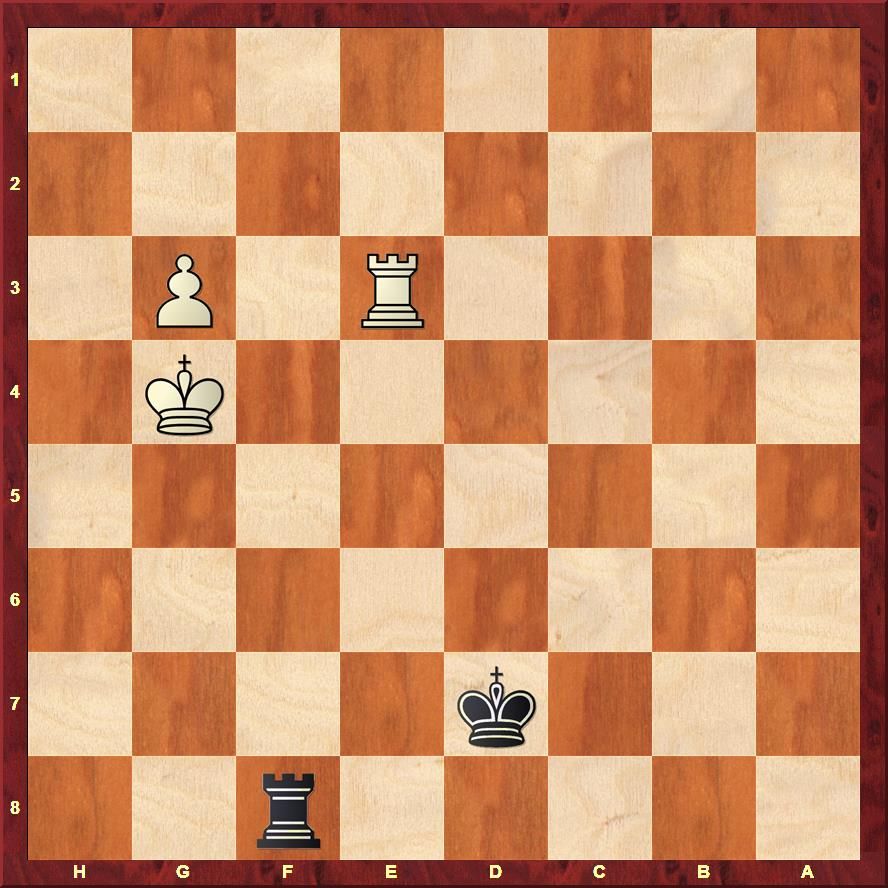 Aronian finds himself in a difficult scenario. How should Black hold the game?
52...Kd6!! "As I mentioned in my game against Vallejo, a basic rule is that generally a king is well placed on d6-d5 and Black should normally not allow White to transfer his rook in front of the pawn, as then he might lose the game." 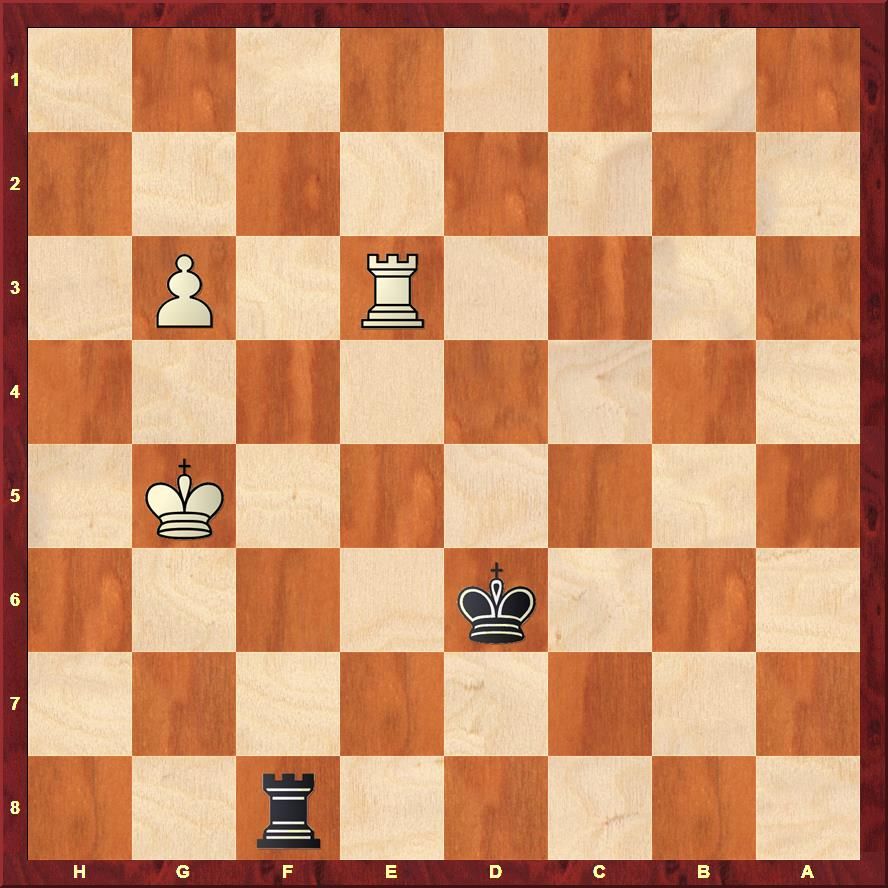 In this position Aronian gave the check 53...Rg8+ which turned out be a mistake. Armed with Ganguly's explanations, what would you play here?
"53...Kd5!! is absolutely the only way. It is very important to activate the king first in order to have ‘Kd4’ options as and when required, but Black should play Kd4 only when White can’t transfer his rook to g-file. Otherwise d6 and d5 are nice squares." 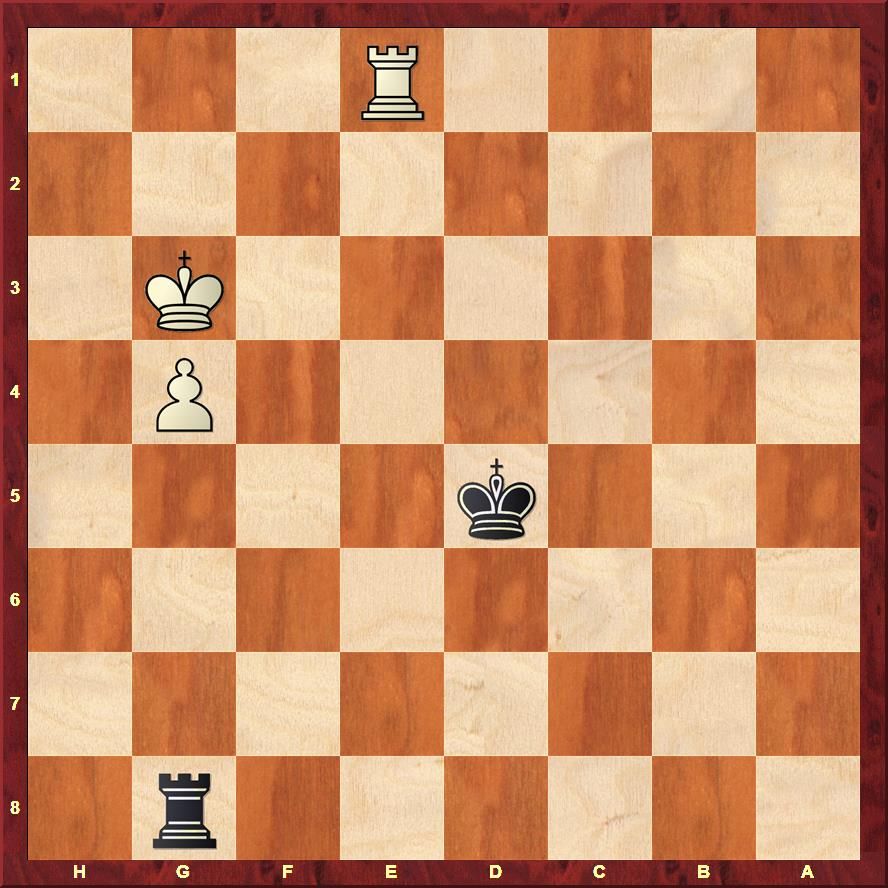 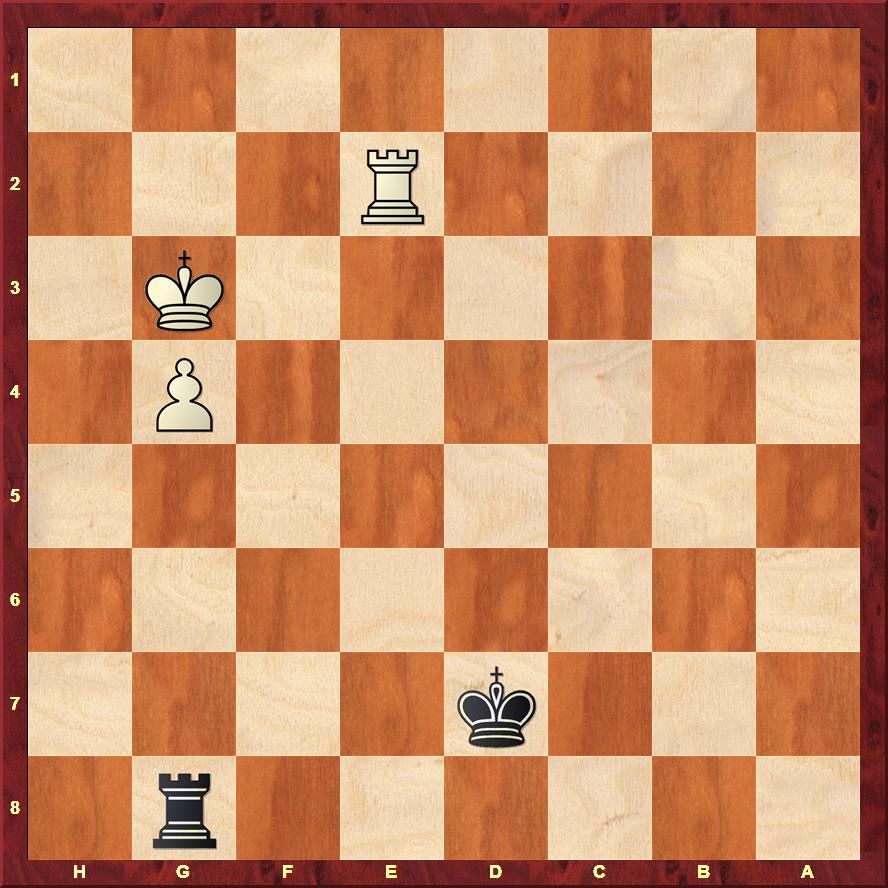 White's waiting strategy with Re1 and Re2 has bore fruit. Black has carelessly moved his king to d7. How should White win?
"59.Re4!! The rook comes to aid of the g4 pawn and now the white king is ready to run down the board. It is very important that black can now disturb the rook on e4 with his king but unfortunately he sitting far away on d7." 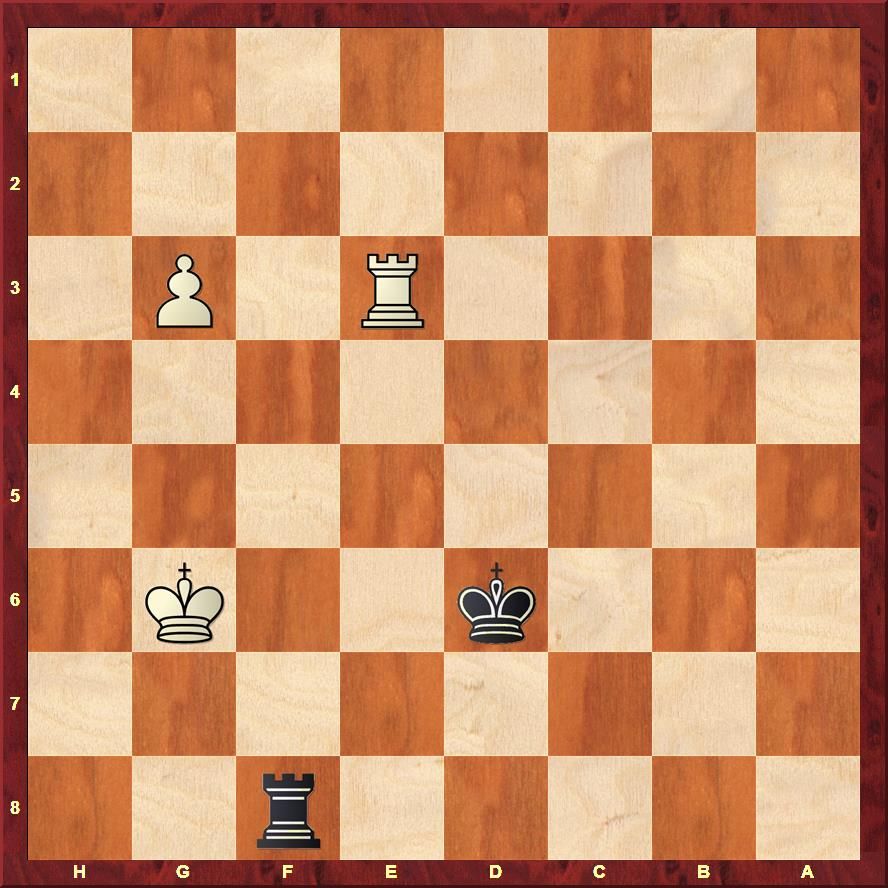 Wasn't that some amazing bit of endgame analysis!

With authors like Surya Shekhar Ganguly the quality of Chess Informant is top notch. How else can you learn endgames as complicated as this without a trainer? We heartily recommend Chess Informant 128 and thank Ganguly for these annotations. Without doubt he is one of the best annotators in the world right now, thanks to the pains and efforts he takes in his analysis.

Just in case you haven't had enough of Ganguly, we have a video with his analysis for you: 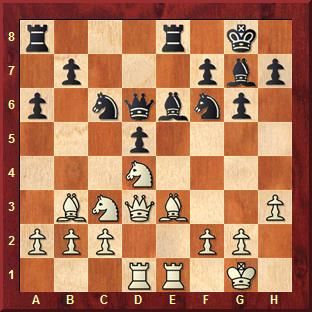 What should White play? The answer is in the video below.
The above video was published on ChessBase newspage in January 2015 in an article entitled "How grandmasters think."