When Vishy Anand was playing at the Candidates 2016, we set up a page where chess fans could send their wishes to the Indian champion. We received 67 wishes from people all over India, a few even from foreigners. The best entry would get a Vishy Anand signed copy of Fritz 15. It was a difficult choice as many of the entries were well-written and a lot of thought was put behind them. Finally we have the winner and also an annotated game by Anand himself!

Vishy Anand played some excellent chess at the Candidates 2016, scoring 7.5/14 and finishing third. He had great chances of winning the tournament until the eleventh round. Naturally, the interest of Indian fans in this event was very high. ChessBase India set up a page where you could send your wishes and messages to the great Indian champion. We added an interesting flavor to it – the best message would win a signed copy of Fritz 15 by Vishy Anand! The response was great and we received 67 messages filled with love, motivation, quotes, poetic rhymes and what not!

ChessBase India thanks each one of them for the love and support they have showered on Vishy.

The task to find the winner was entrusted to IM Venkatachalam Saravanan. He is a prolific writer, a voracious reader, a great commentator and has been the judge for many such competitions.

IM V.Saravanan was the judge to find the best entry for the contest

He spent quite a lot of time going through each and every message. Finally he came up with the winning entry – Avathanshu Bhat from Mumbai. Here is what Saravanan has to say:

“The basic sincerity of the Indian chess fan in wishing one of the greatest sons of the country was overwhelming. These are indications of how much a sportsman is valued, and Vishy seems to belong right at the top, a place which he deserves.

Hence, it was quite a difficult task in picking out the best among so many hearty wishes. There were many simple and sincere ones, there were poems, and there were words of unbridled affection and goodwill, and the effort that went into all the words was heartening. So, Chessbase India should thank all the fans for sending their wishes to Vishy, which he is sure to appreciate.

Finally, my choice is the following by Mr.Avathanshu Bhat of Mumbai, for reliving a few of the best ever moments of Vishy over the chess board, including that rare gem of a flurry of sacrifices in a rapid game against Ivan Sokolov in 1992, thus indicating his loyalty and attention to his hero. Kudos!"

Best Wishes to you, Mr Vishy Anand and may the Force be with you!

We congratulate Avathanshu Bhat for winning a signed Fritz 15 DVD by Vishy Anand and request him to contact us at chessbaseindia@gmail.com to claim his prize.

We asked Saravanan to send us second and third best messages as well. They do not win any prize but their wishes are appreciated and are here for everyone to read:

Dear Vishy, You've been an inspiration to millions of Indian. After winning everything that is possible to be won you do not have to prove anything to anybody. You are a true gentleman and a real champion, my best wishes and prayers are with you. Wish you all the best and have a wonderful tournament.

Read the other 66 wishes and messages

Just in case, you were wondering about these four games mentioned by Avathanshu, we have them here so that you can play over them and enjoy the Vishy brilliance! 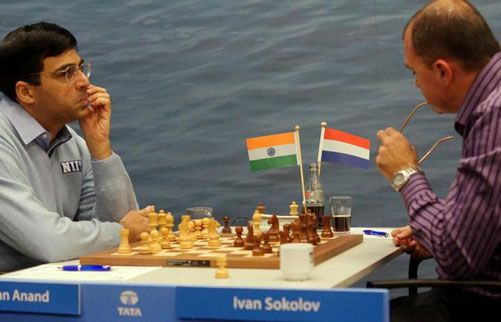 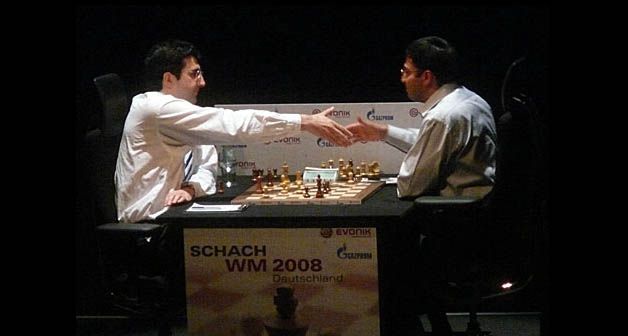 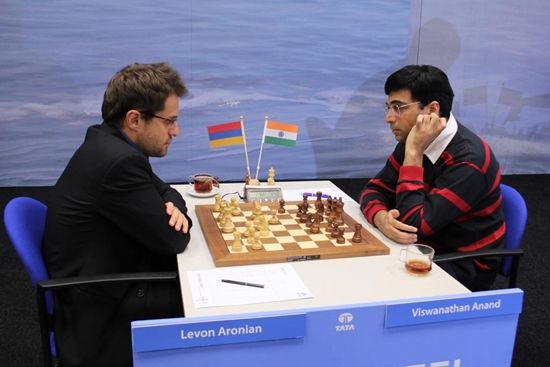 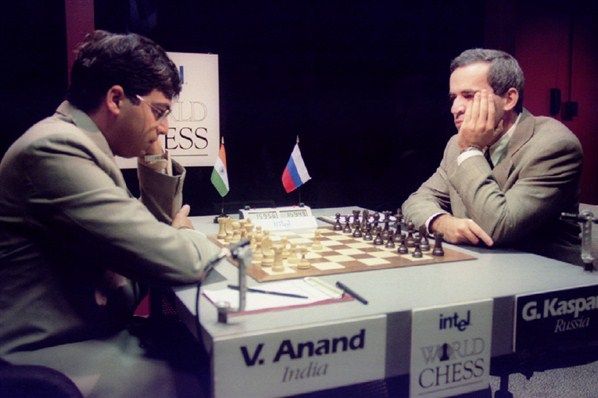 If you would like to see such annotated games by Anand, you can purchase the Mega-Database 2016 which contains 267 games annotated by the five-time World Champion himself! 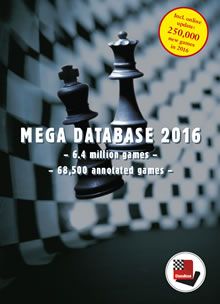 On the international website, Mega-Database 2016 costs Euros 159.90 which comes to Rs.12,000. However, on ChessBase India, you can buy it for Rs.4999/-. Send us an email at chessbaseindia@gmail.com if you are interested and we will let you know the procedure.