India finished with five Gold, three Silver and three Bronze medals, and was the best performing team of the world for the fourth year in a row. The buoyed All India Chess Federation, in a positive gesture and appreciation of the players' performance, felicitated all the medal winners with cash prizes today at Delhi. In a central council meeting held earlier in the day, some notable amendments were made to the regulations. A report by the AICF.

The All India Chess Federation felicitated the eleven medal winners in the 2015 World Youth and Cadets Chess Championship held at Halkidiki in Greece.

With five Gold, three Silver and three Bronze medals, India was the best performing team of the world for the fourth year in a row. Winning five Gold medals was indeed a special achievement, given the fact that no other country could win more than one Gold medal.

At the central council meeting held earlier in the day, the AICF amended the existing regulations as regards the awards for the medal winners, as the proposal was unanimously passed. As a result, a total of Rs. 6,00,000/- (Rupees Six Lakhs) was distributed to the young achievers for their remarkable performance. 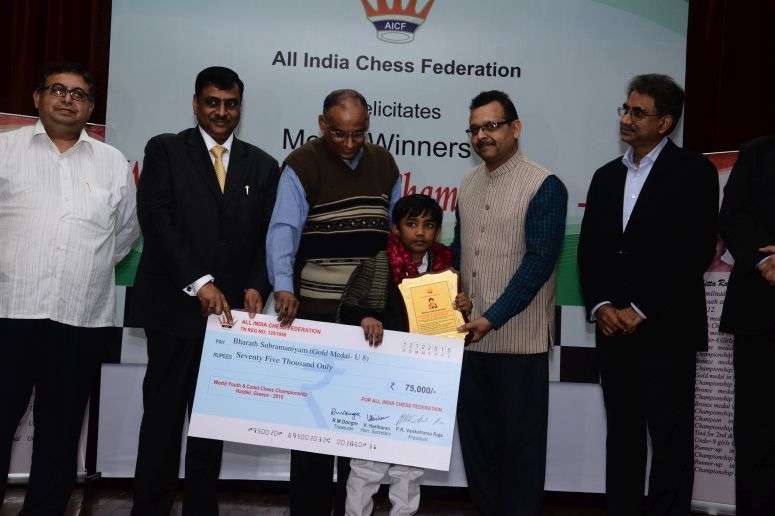 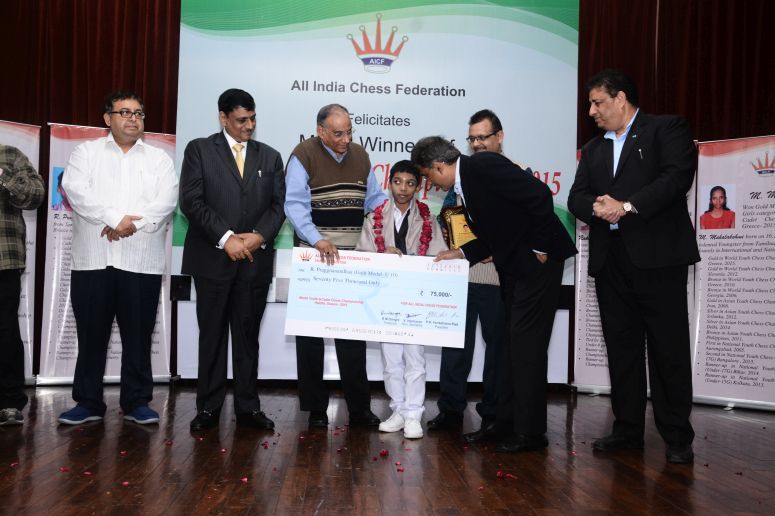 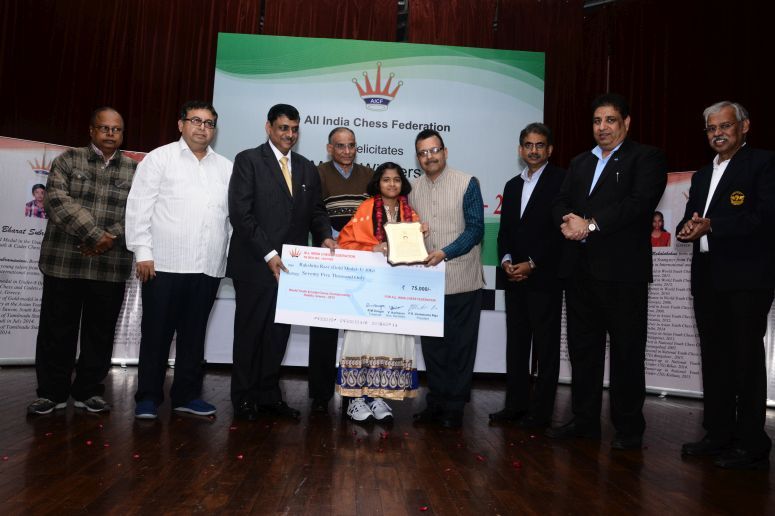 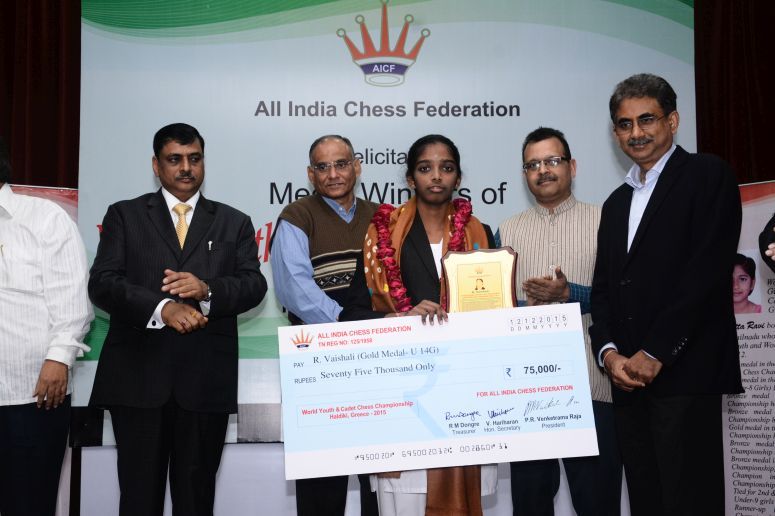 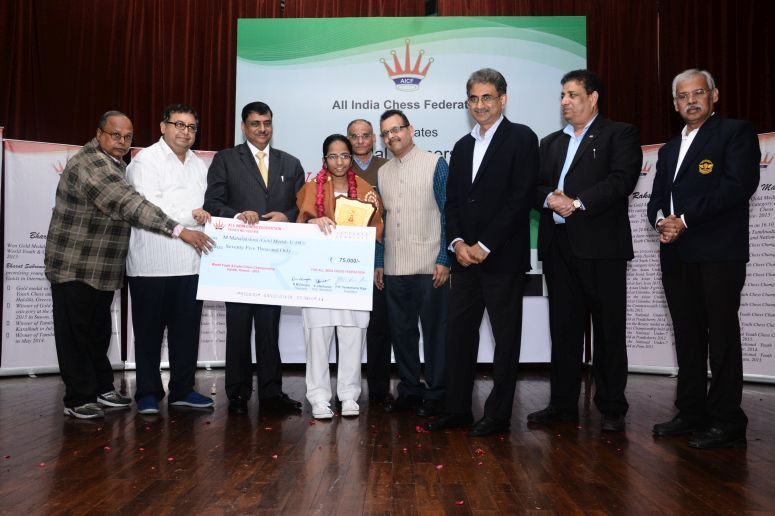 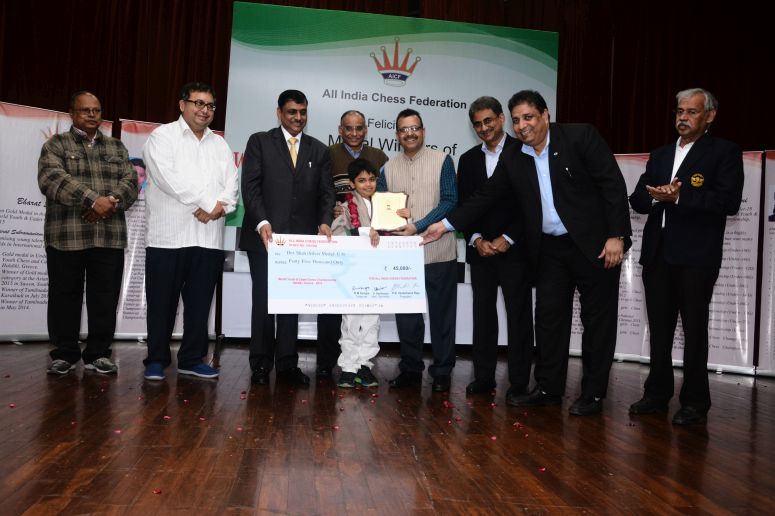 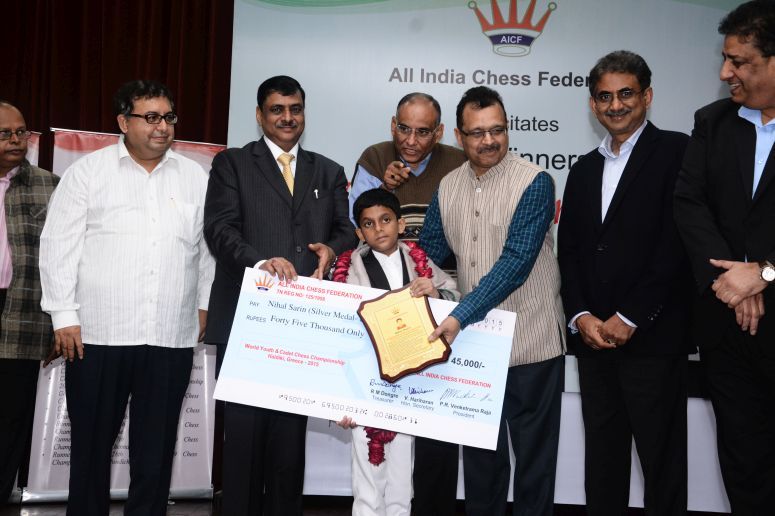 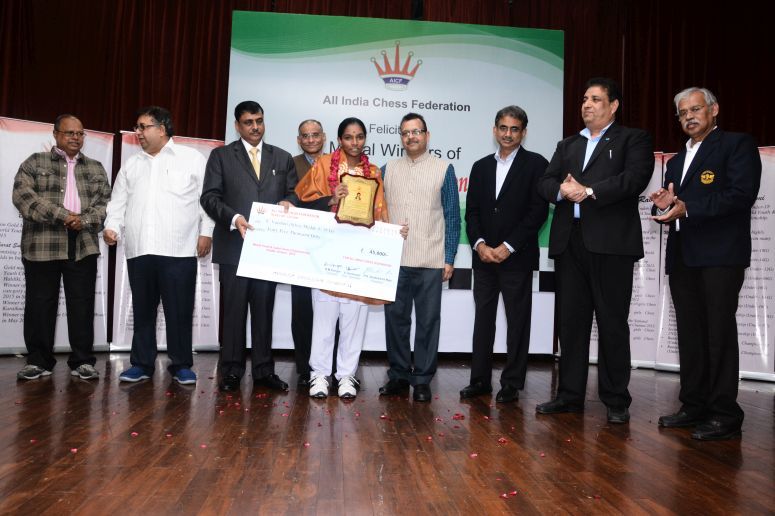 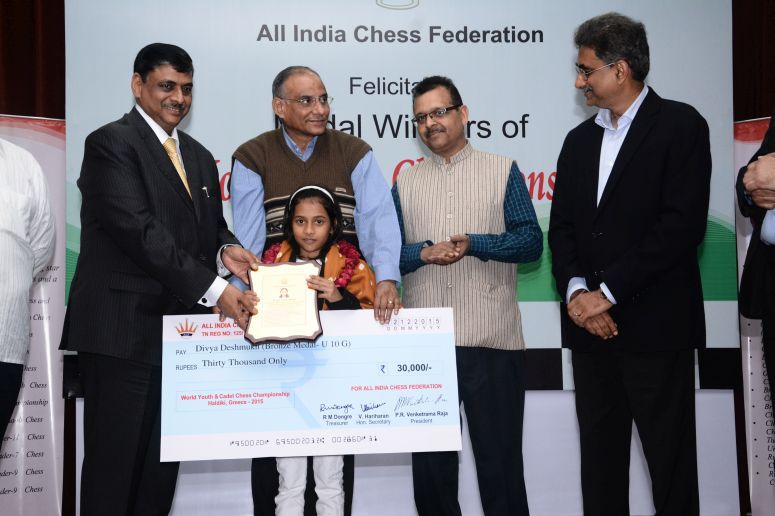 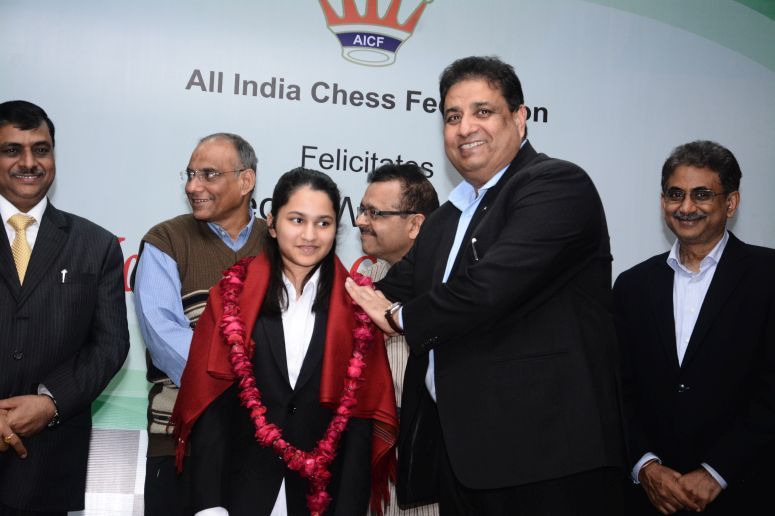 Earlier in the day, the All India Chess Federation Central Council discussed many important issues for the development of the game across the country.

Most notably, special facilities will be put in place for the country’s women team's preparation for the next Chess Olympiad.

The cash awards for medal winners were increased by fifty percent from the existing numbers. In addition, the cash prizes in several National Championships were increased substantially. A dress code has been implemented for all the players participating in the National events from the year 2016.