The top seed is Vidit Gujrathi, then we have Sethuraman, after that Abhijeet Gupta, Deep Sengupta, Aravindh Chithambaram, Karthikeyan Murali, the list of super strong GMs playing at the ChessMine Rapid is almost never ending! But guess who is leading the tournament with a score of 6.0/6? 13-year-old Nihal Sarin! The boy from Kerala was on fire at the first day as he showcased some brilliant chess to shoot into joint lead along with G.N. Gopal and Girish Koushik. We have the day one report from India's strongest ever Rapid Rating tournament. 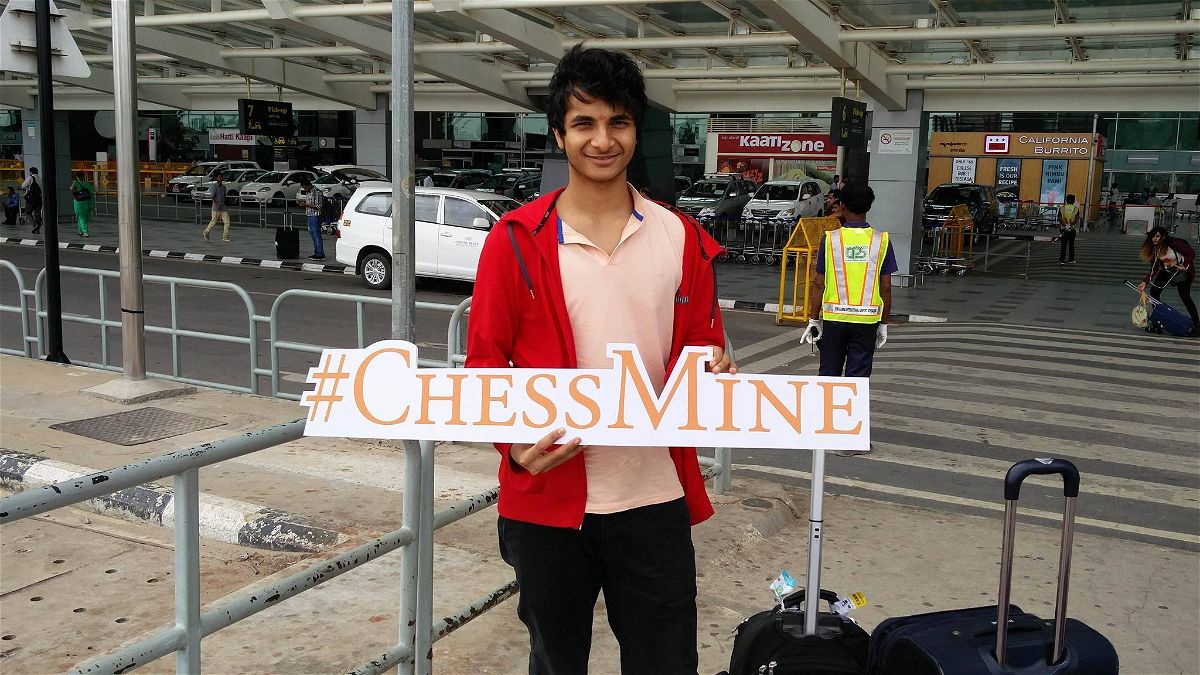 India number three Vidit Gujrathi, with a rapid rating of 2718 is here 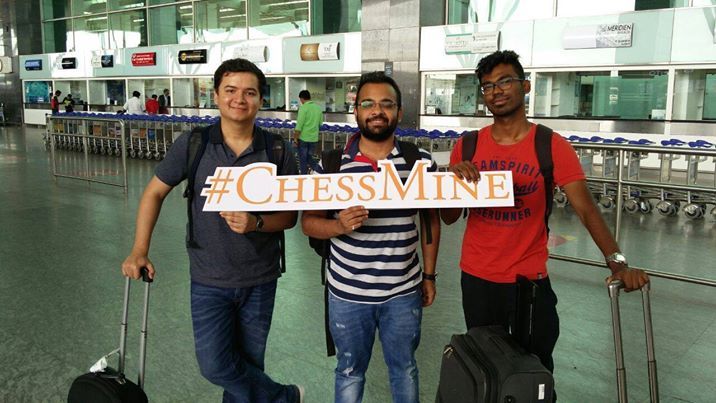 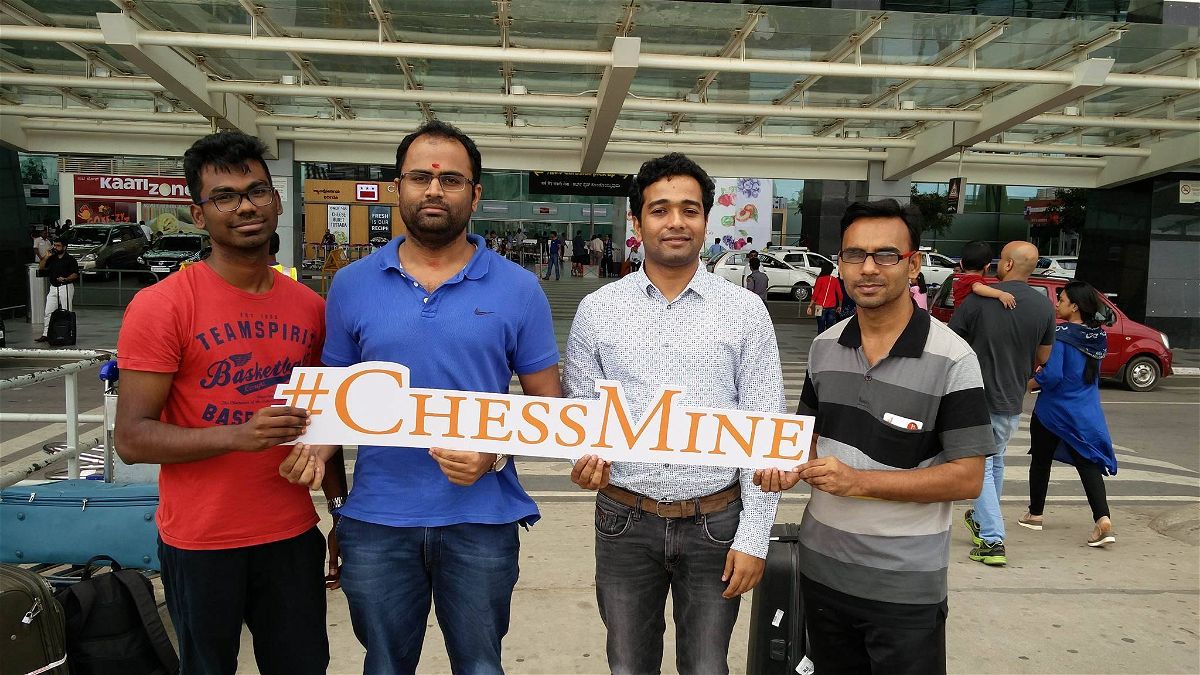 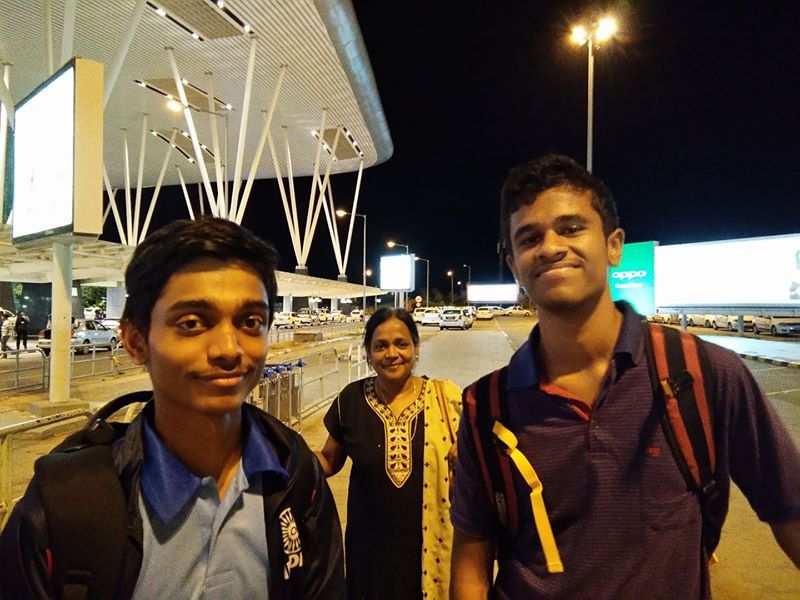 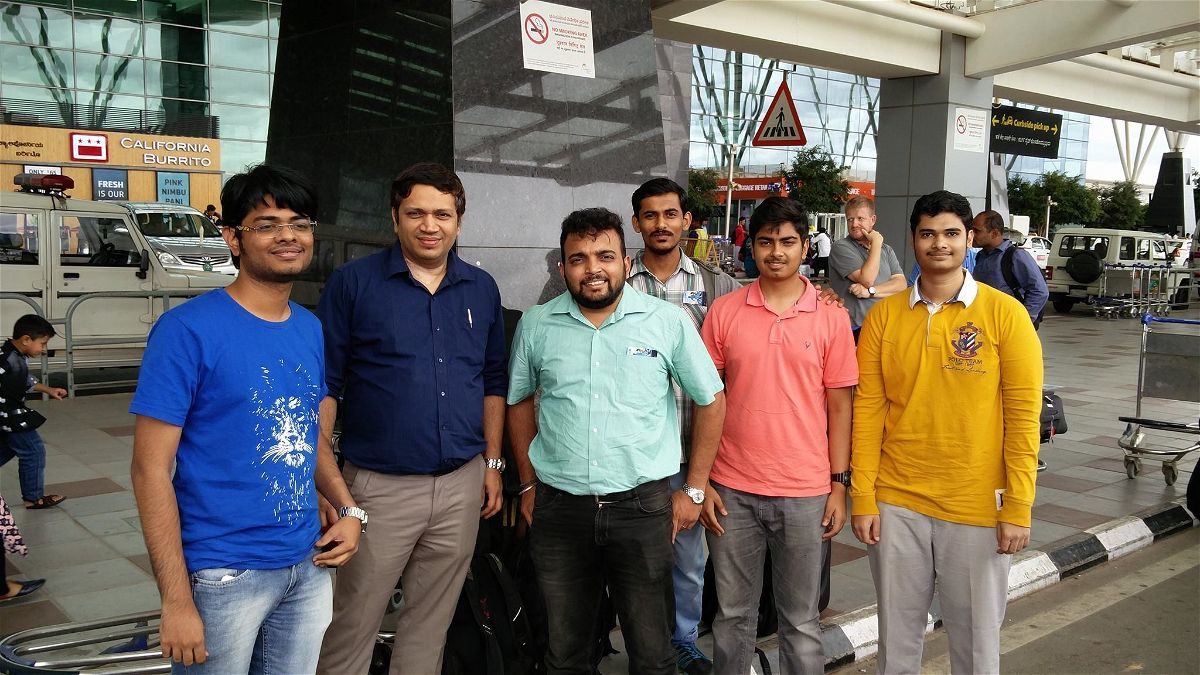 Top players from Maharashtra GM Abhijit Kunte, Abhishek Kelkarm Abhimanyu Puranik and Shardul Gagare.
So many stars, so many top players, so many grandmasters! And who is the one leading the tournament? 13-year-old prodigy Nihal Sarin! The International-Master-in-waiting, Nihal stole the thunder by winning six games out of six rounds to emerge as a joint leader along with G.N. Gopal at the ChessMine Rapid. 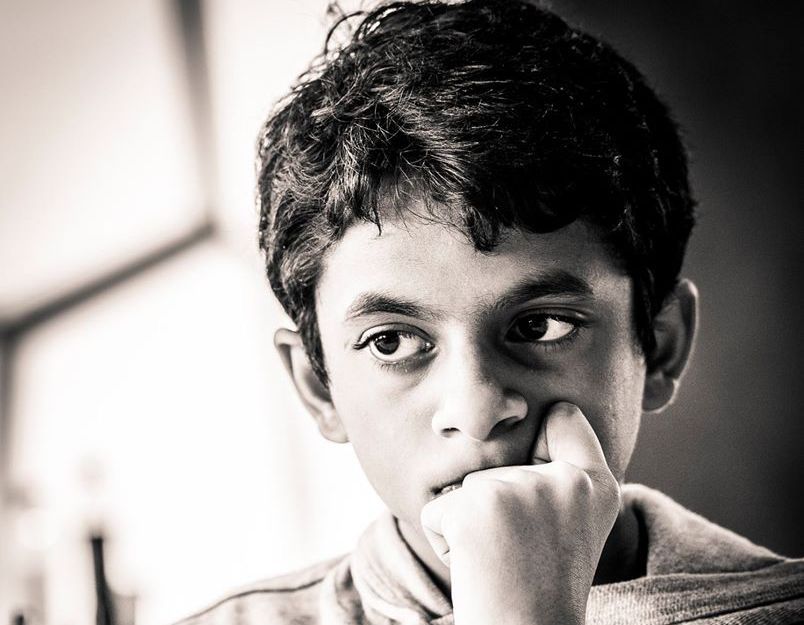 6.0/6 - Nihal Sarin! (photo by Lennart Ootes)
Just to give you an idea of how important Nihal is for Indian chess, here's my conversation with top Armenian grandmaster, and Aronian's second Tigran Gharamian that took place today in Belgium. 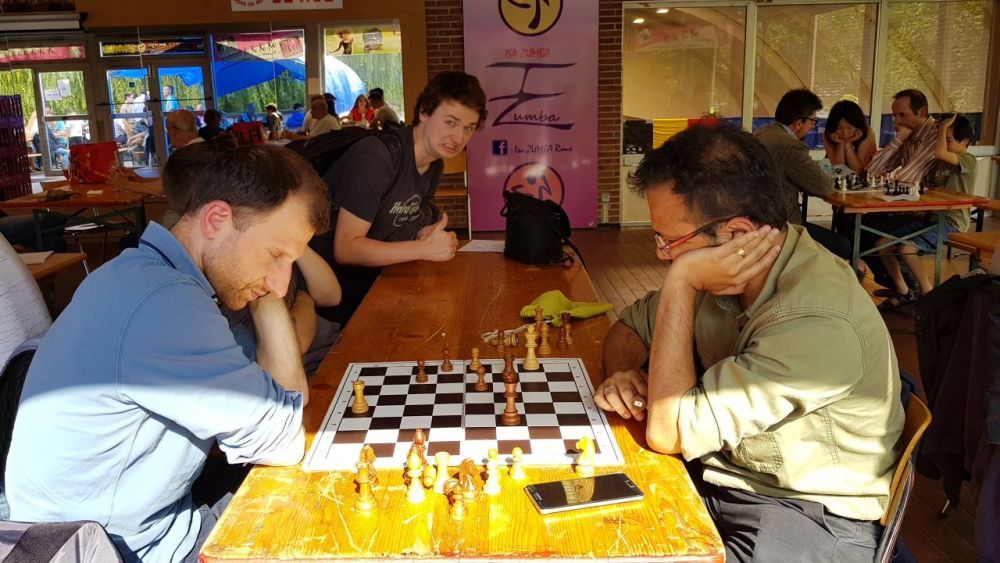 Author of these lines analyzing a rook ending with top Armenian GM Tigran Gharamian
After analyzing a rook endgame, I was talking with Tigran and telling him about the huge chess boom that is taking place in India. "Who is that young boy in Indian chess that everyone is talking about?" Praggnanandhaa! I replied. "No, the other one," said Tigran. Nihal? "Yes Nihal! I saw him at the Capelle Open in France, and the boy was just playing to beat each and every opponent that he played. He had absolutely no fear! I knew right then that he would be become a big star!" said Gharamian.
When I used to travel to foregin countries a few years ago, everyone used to speak about Anand. People still speak about Vishy. He is the darling of Indian chess. But I would not be exaggerating if i said that Nihal and Pragg get mentioned in a conversation nowadays as much as Anand and Hari, if not more! Truly these boys are gems of Indian chess. We must ensure that we are able to uncover their true potential and help them in every possible way to move towards the World Champion's title.
Coming back to the day one of the ChessMine Rapid tournament in Bangalore. 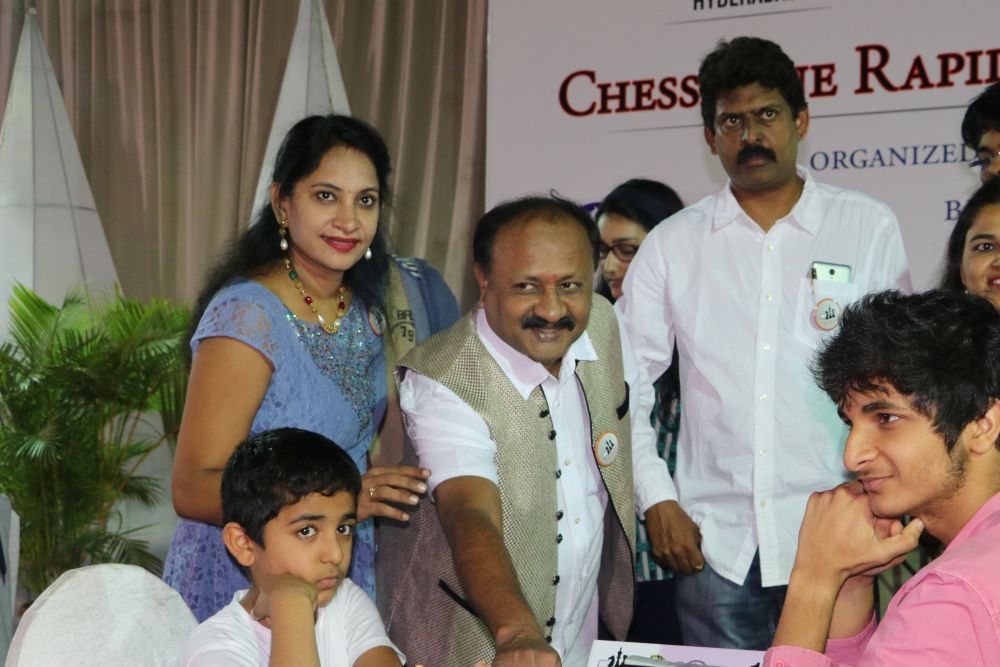 On a day that witnessed the downfall of most of the top seeds one way or the other, Grandmaster G. N. Gopal was the only one among the top thirty rated to remain unscathed. Gopal, Nihal and local lad Girish Koushik share the lead with six points apiece at the end of the opening day of this Rs. 4,50,000/- prize money tournament.

The star of the day however was Nihal, as the 68th seed in a field of over 450 participants, played his moves in the most outstanding manner and among his victims were Grandmaster RR Laxman, Gahan M.G, Sai Krishna G.V and Deepan Chakkravarthy in the sixth round.

Girish Koushik also showed sublime form and proved why he is hailed as Karnataka's super talent by outwitting grandmaster Deep Sengupta and IM Satyapragyan. G.N.Gopal has been clinical in beating strong rapid players like Nubairshah Sheikh and Abhimanyu Puranik, but his real testwill begin from tomorrow as he takes on Nihal Sarin in the seventh round.

The star attraction top seed Grandmaster Vidit Gujrathi started the day on a positive note but could not maintain the same momentum. Ranked in the top fifty in world ranking in Classical chess, Vidit first faced a challenge from Tamilnadu star GM Aravind Chithambaram and drew in the fourth round and then in the sixth lost to Delhi’s Hemant Sharma.

Vidit Gujrathi was not the only one to realise that the faster version of the game carries greater pitfalls. Grandmaster Abhijeet Gupta, National blitz champion R R Laxman, GM Sahaj Grover and GM Pravin Thipsay all find themselves in a similar boat on 4.5 points each and are in a must win situation in the remaining games for a podium finish.

With three leaders at the helm and just four rounds remaining, the final day of the rapid on Sunday is expected to be a mouth-watering contest between some of the best players in our country.

A battle that everyone is looking forward to with great interest