The all-new ChessBase 15 was introduced just a week ago. One of the power users of the software is five-time World Champion Vishy Anand. He wrote to ChessBase saying that he really liked the new Replay feature so far. So what exactly are those features and how does it work? In this tutorial, Martin Fischer teaches us all about "replay training", a new feature of ChessBase 15 that invites you to guess the moves in games — a well-known and powerful way to improve. Correct proposals are rewarded with points which allows you to measure your progress. "Replay training" is a nice feature that you can use for light-hearted fun and playful challenges but also for some serious training. Give it a try! | Drawing: ChessBase

Vishy Anand's relationship with ChessBase goes as far back as 1986, when he was just 16 years old. He stayed at the co-founder of ChessBase Frederic Friedel's home and suggested important additions that formed the part of the first version of the program ChessBase 1. 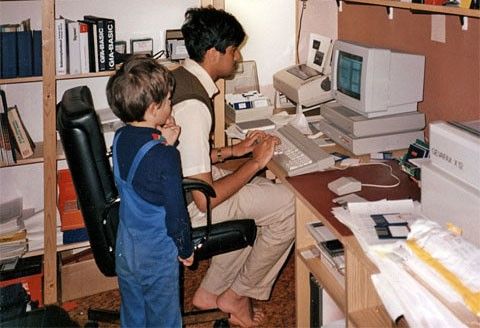 Vishy Anand working on the first version of ChessBase way back in 1988 as Tommy Friedel, Frederic's son looks on

It goes without saying that Anand's inputs on every new version of ChessBase are extremely important for the programmers working in Hamburg. Vishy likes new technology and adapts himself quickly to it. That's one of the reasons for his longevity in the sport. The all-new ChessBase 15, which was released just a week ago is being used by Anand and this is what he has to say about the new software:

Vishy Anand on the all new ChessBase 15 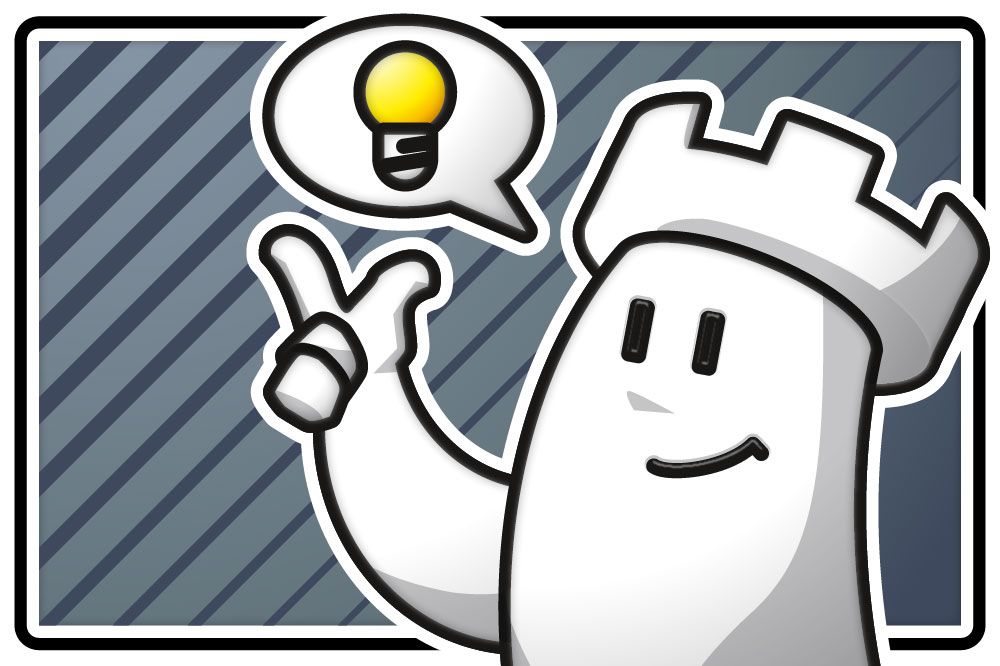 Our sample game is Anand vs Carlsen, Linares 2007.

Note: The replay training can begin with the very first move but you can also begin at any other point of the game.

What to do in the opening is often a question of taste and repertoire. However, the "Radar Board" in "Replay training" tells you which position will later arise in the game you play through and you are asked to find out how the position that will occur was actually reached. The radar board shows the position after three more moves were played.

You enter your moves with the mouse and the program gives feedback.

The diagram above shows the position that arose in the Anand vs Carlsen game after Black's move 12...Nb6.

Your task is to find out how this position was reached. During the opening phase, opening hints do not appear automatically but only after asking for them by clicking on the life preserver icon. After clicking the icon in this position (which costs no points) a hint would appear. You also get feedback about the move you wanted to play (12.d5) and how many points you currently have (24 out of 24).

Not every proposal hits the mark. The proposal (i.e the move made by you) in the position above was 13.b4, but the move in the game was 13.Nbd2.

The program evaluates your proposal (here "Your move is ok"). After a small delay, the program retracts the move you wanted to play and continues with the move played in the game. The replay training continues. But notice, the move is a good one and hence even though it doesn't match with the game continuation, you still do not lose points.

When the opening is over, the radar board vanishes. But you can reactivate it by clicking the radar screen (on the right).

Now you get verbal hints. Here it is "Move a rook". If you are not satisfied with this hint, you can ask for more help by clicking the life preserver icon. The same happens in case of "inactivity". New hints appear and the piece that should move is highlighted in green. 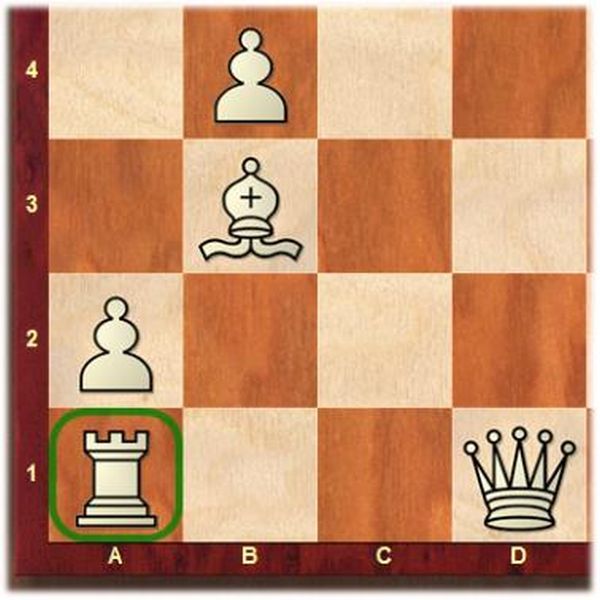 You have to move the rook!

Not proposing the best move

The game move is not the best move!

The game move is not always the best (engine) move. However, when the difference between the moves is not serious the game move will get full points.

The move proposed is not accurate!

Sooner or later you will propose a bad move.

b) You do have a second try

c) The bad move is taken back

d) Only a few or no points will be awarded

The move proposed is a mistake

The program calls a mistake a mistake.

The engine is brutally honest!

b) The error is taken back

c) You do have a second try

d) No points are awarded, but the move is entered into the list of errors (in the example given it is the third error)

If the position in the game allows a forced tactical win no hints for a particular move are given. instead, the message "No hints — check the tactics" appears.

You're on your own!

The message "Finished: 1-0" indicates the end of the game.

Clicking the disk icon (right) saves your proposals as variations to help you to save and analyse them later.

The function "Replay training" also offers a tool for analysis, calculation training, and various possibilities to adjust hints and help. The next tutorial will explain these functions. 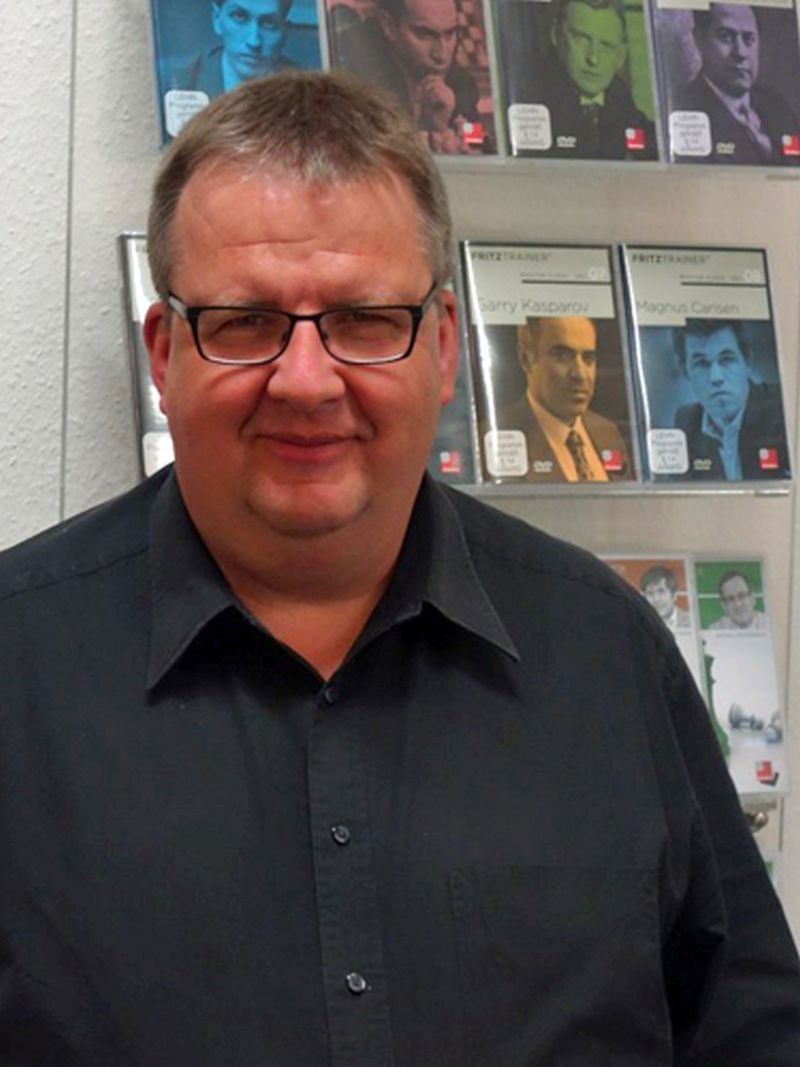 Martin Fischer is a ChessBase staffer who, among other things, organizes and holds seminars throughout Europe and helps administer playchess.com. For ChessBase, he publishes a quarterly tactics booklet "Chess Problem — the enigmatic pages of Fritz". He lives in Hamburg and plays for the Chess Club Johanneum Eppendorf.

Since the inception of ChessBase India we have been selling products in soft copies/ downloadable format. Once you place an order with us we would send you the setup file and serial key. While all of this will continue, with ChessBase 15 we have introduced the concept of hard copies. For an additional Rs.500, you will get the product in hard copy and delivered to your doorstep anywhere in India. 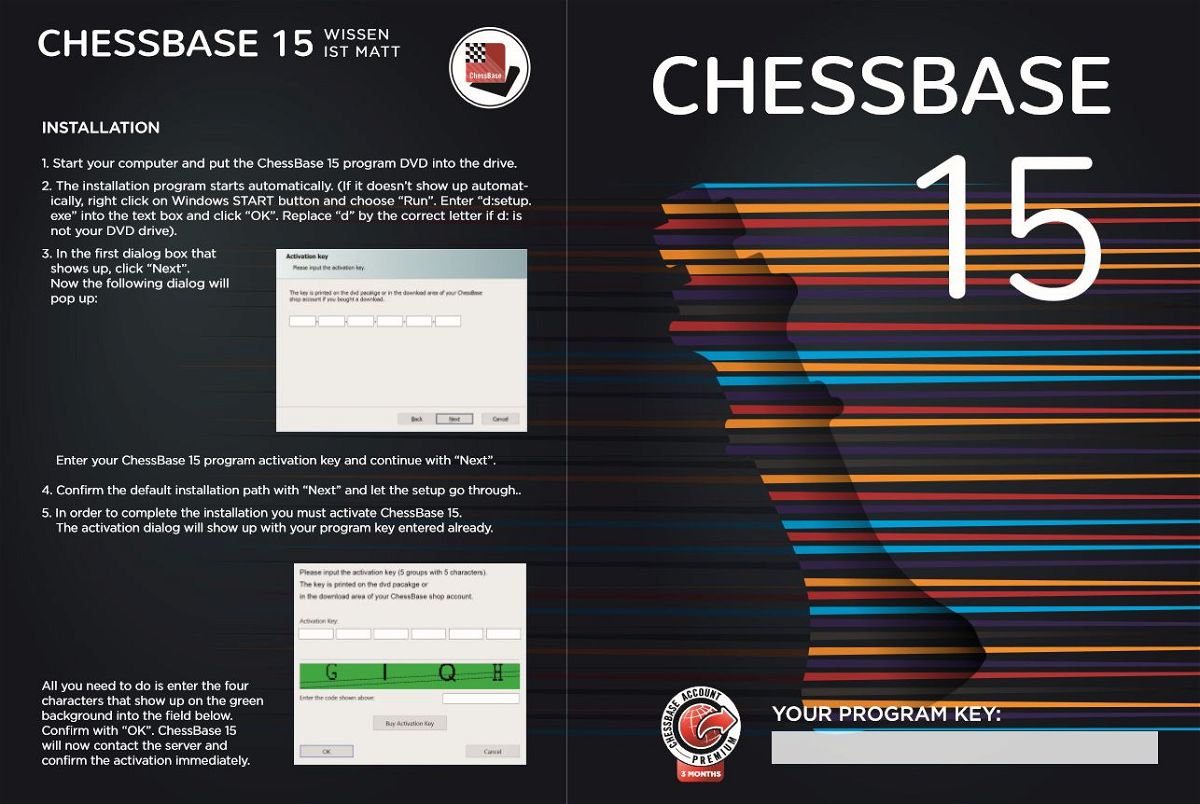 The inlay of the DVD where you will have the installation procedure as well as the Program Key printed. 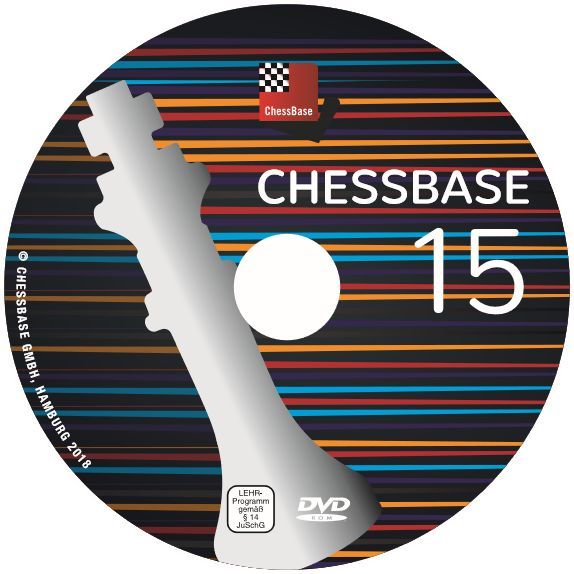 The print on the DVD 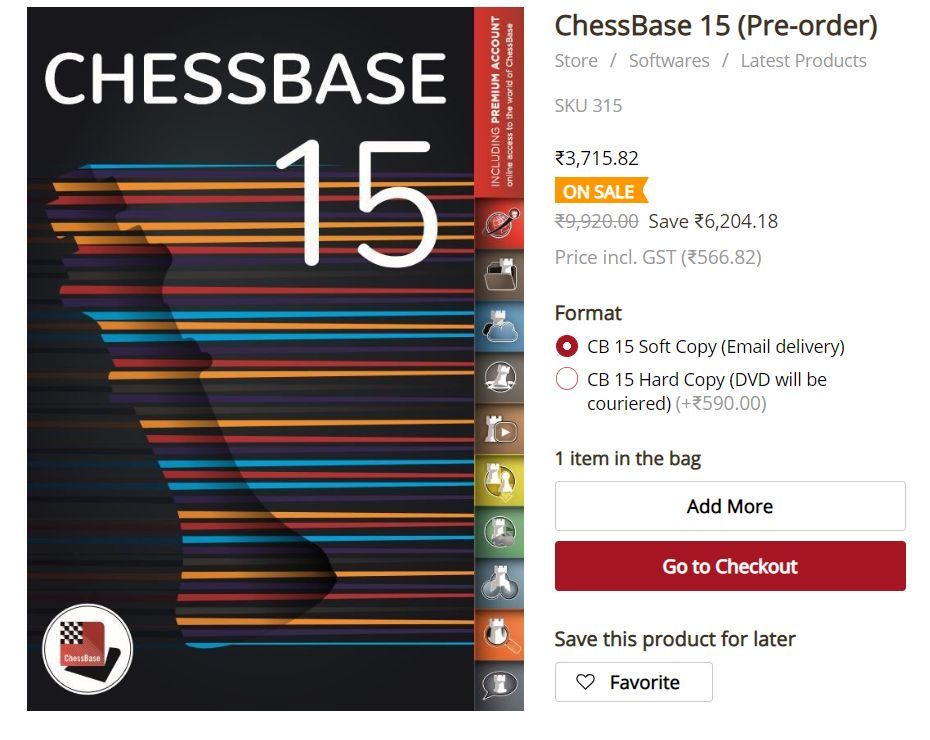 Different ways to get ChessBase 15:

If you have bought ChessBase 14 from us, you can buy ChessBase 15 for a discounted price from us. This would mean you have to email the serial key of ChessBase 14 to us.

If you are buying ChessBase for the first time from our store then the cost is Rs.3149 + GST.

We would recommend you that you should go for ChessBase 15 + the biggest and the best database in the world of chess - the Mega Database 2019, which not only has 7.6 million games, but also 72,000+ annotated games by some of the best players in the world including Magnus Carlsen, Vishy Anand, Garry Kasparov and many others.

To buy the above you must mail us your CB14 + Mega Database 2018 key to chessbaseindia@gmail.com 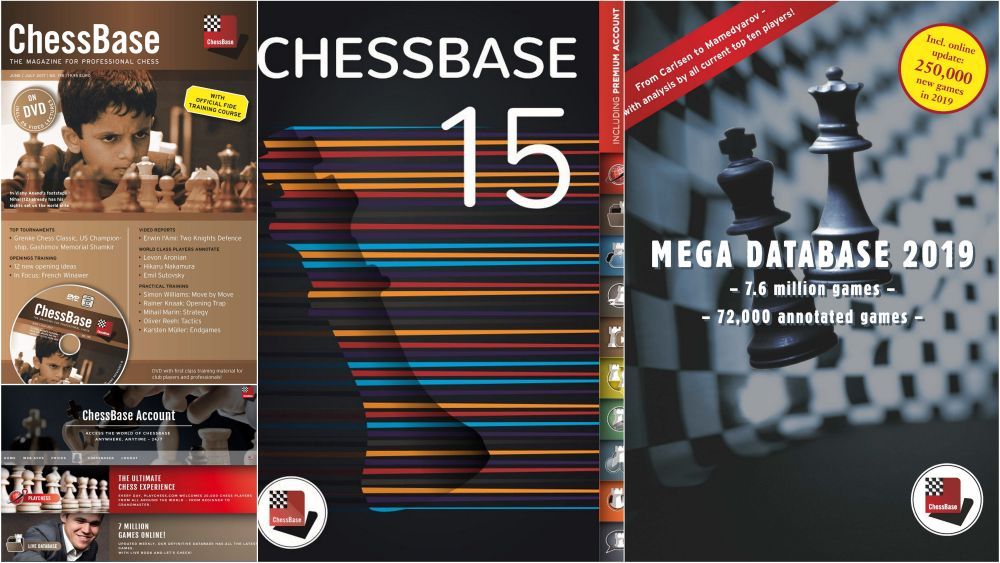 The mega pack has everything that a serious player needs for preparation. The ChessBase 15 Mega Pack includes: