IX World Children's Games took place in Moscow, Russia from 3rd to 5th August. What makes the event so special? Well, it is the participants! All the participants have won their life battles against cancer; all of them are cancer survivors. This year, in addition to 32 teams from Russian regions, 14 foreign delegations came to the Russian capital, including the first time entrants from Kyrgyzstan. Amid all of these brave hearts, Team India proved their mettle yet again, winning several medals in various categories. SNA Kedar P. Palsule has sent us a pictorial report on this exciting event. 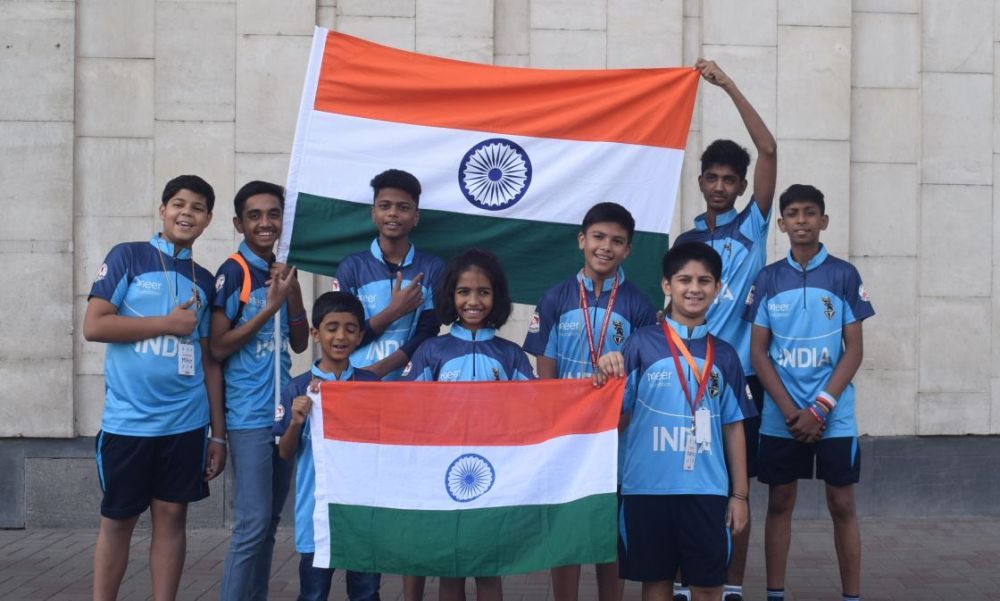 When you have exhausted all possibilities, remember this: You haven't - Thomas Edison, Super Heroes in one frame | Photo: Kedar Palsule

The event is more than a competition, this is a real holiday for those who won a very important victory- victory over the disease. Over the years, the games have proven that sports can bring back a feeling of fullness and brightness of life for children. There are no losers here because every participant is a winner! 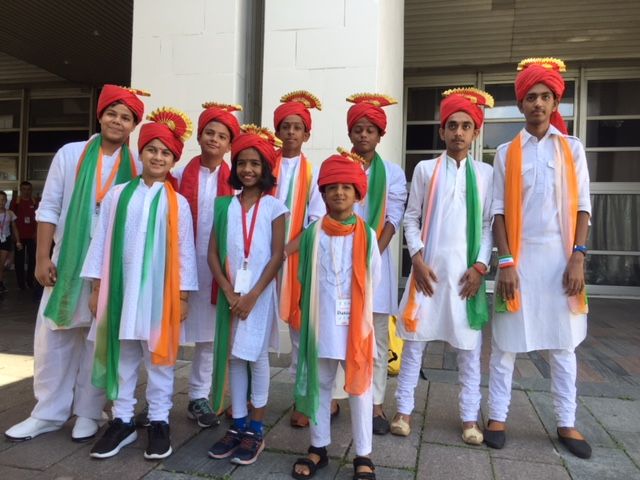 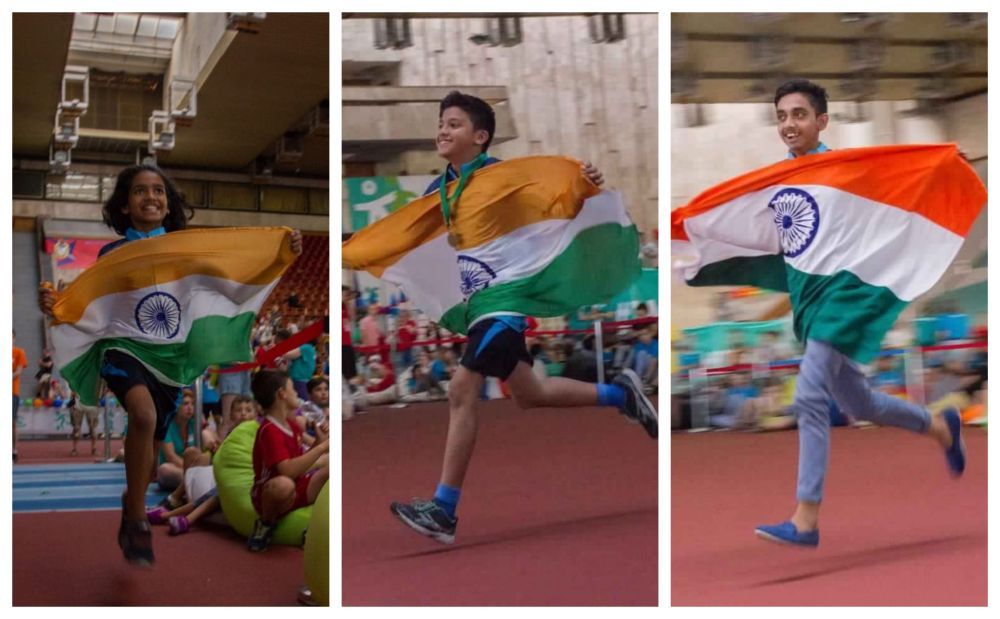 The picture says it all, THAT feeling being an Indian | Photo: Kedar Palsule 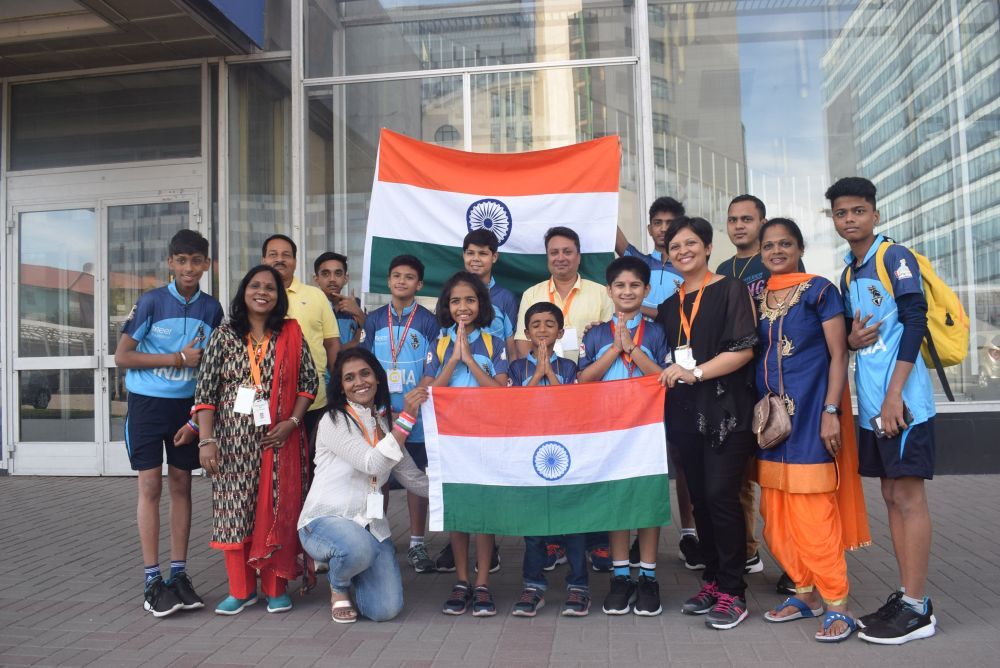 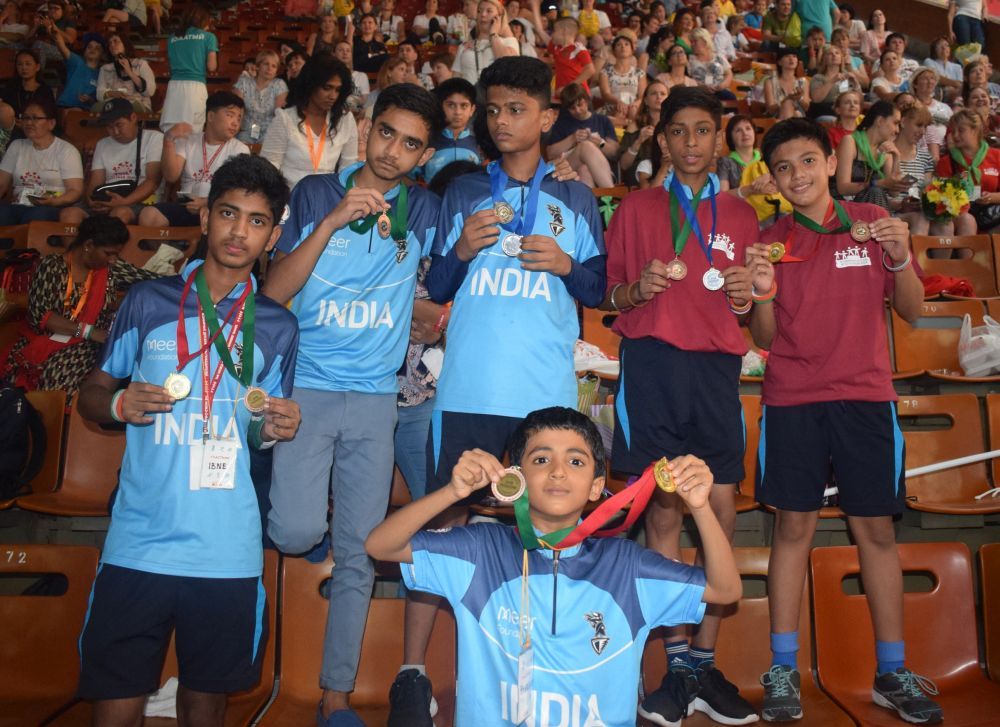 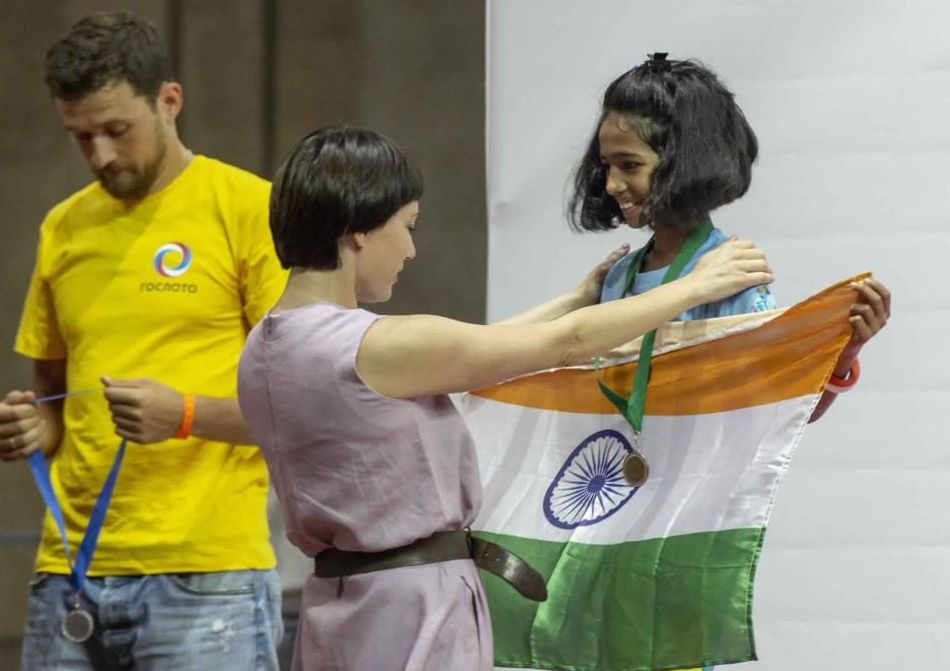 The one girl army - Kavya Sagalgile was the only girl in the team and she won the Gold for India! | Photo: Kedar Palsule

Before the event Sarika Sagalgile, mother of Kavya, 9, the only female participant from the group, said, "In 2013, when she was diagnosed with blood cancer, we never imagined that one day, she would be represent India at an international platform.

She added that cancer patients suffer from depression and inferiority complex, but such events help to boost morale. "My daughter is participating in all six activities. She has been training daily, which has helped to improve her self-confidence," she said.

Hyderabad-based Murtuza Dhinojwala, father of Zohair, 13, said, "I still get flashbacks to the day when he was diagnosed... We used to travel all the way from Hyderabad to Mumbai for his treatment. I have no words to express the feelings I had when I learnt he is going to represent India." 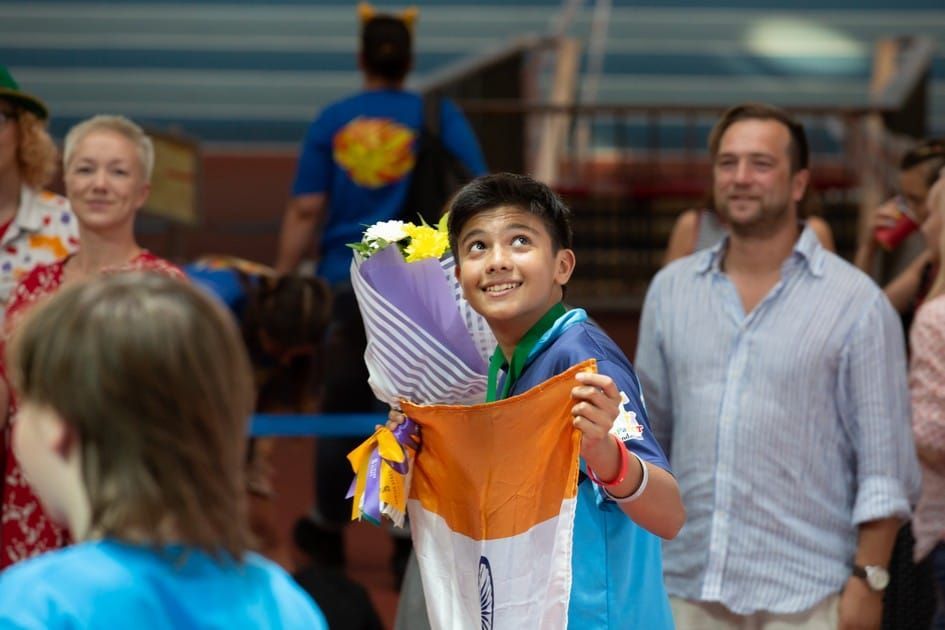 Zohair Dhinojwala won the Bronze for us | Photo: Kedar Palsule 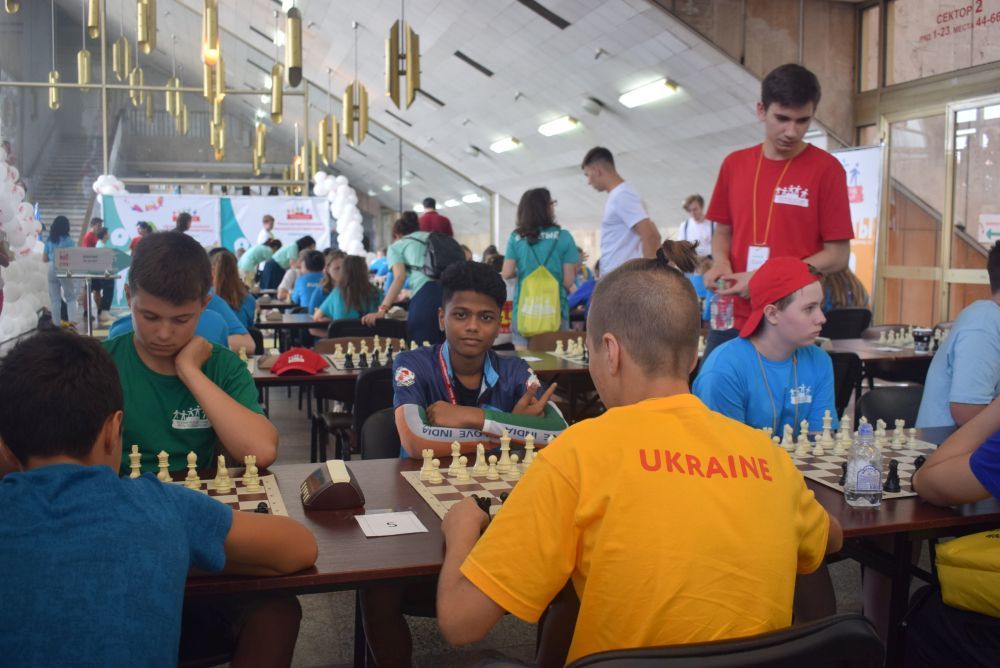 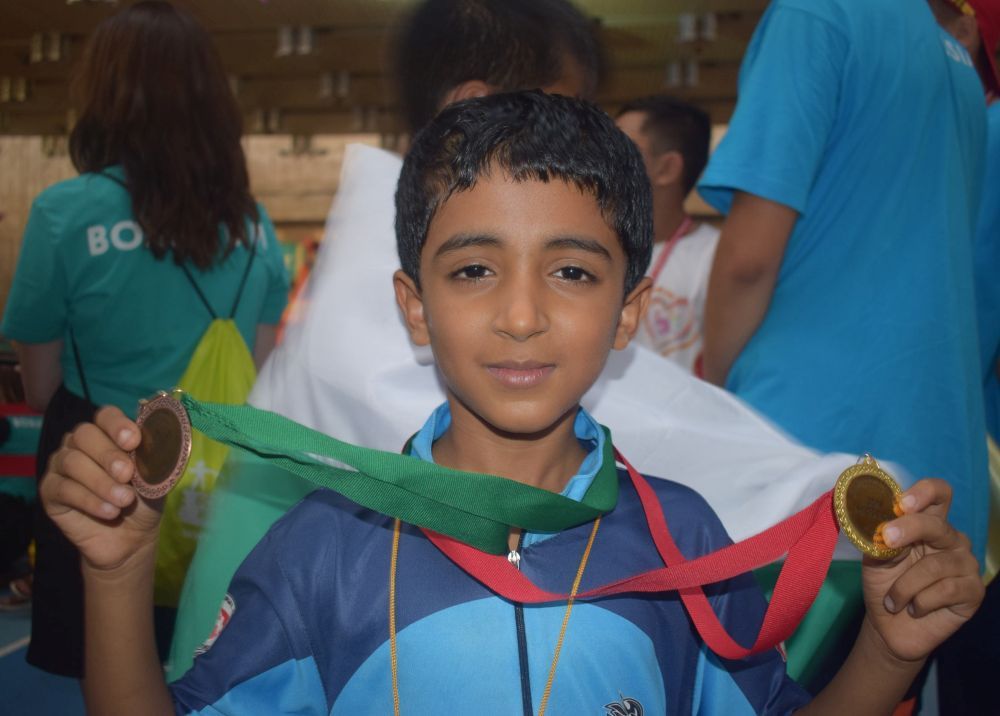 Bhargav Jain, the youngest of all won the Gold! | Photo: Kedar Palsule 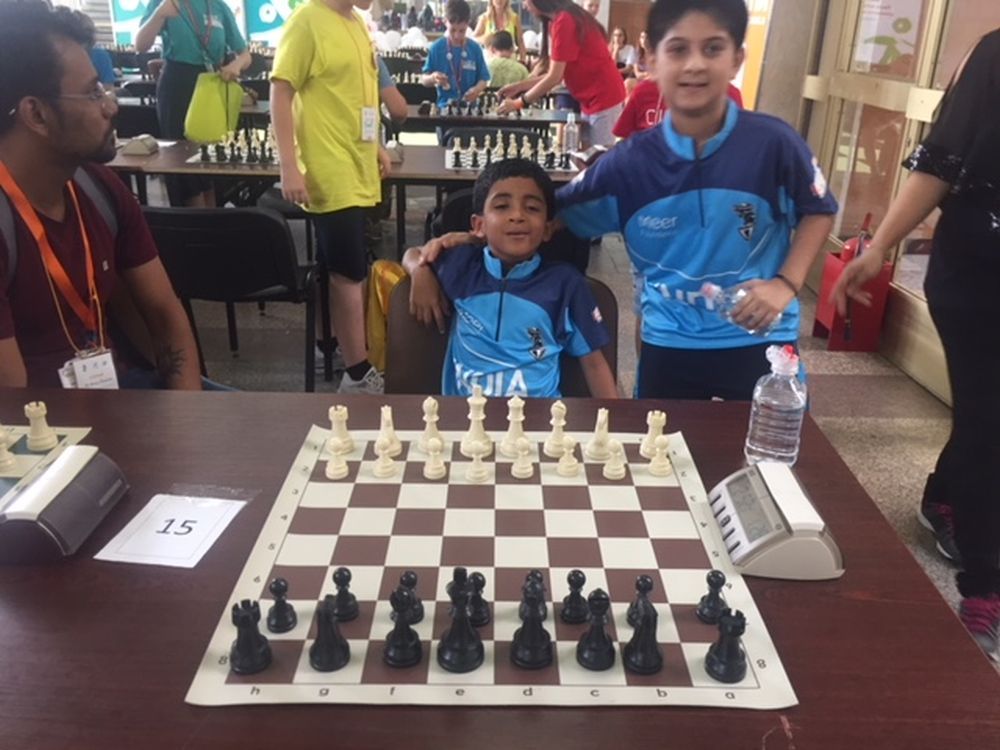 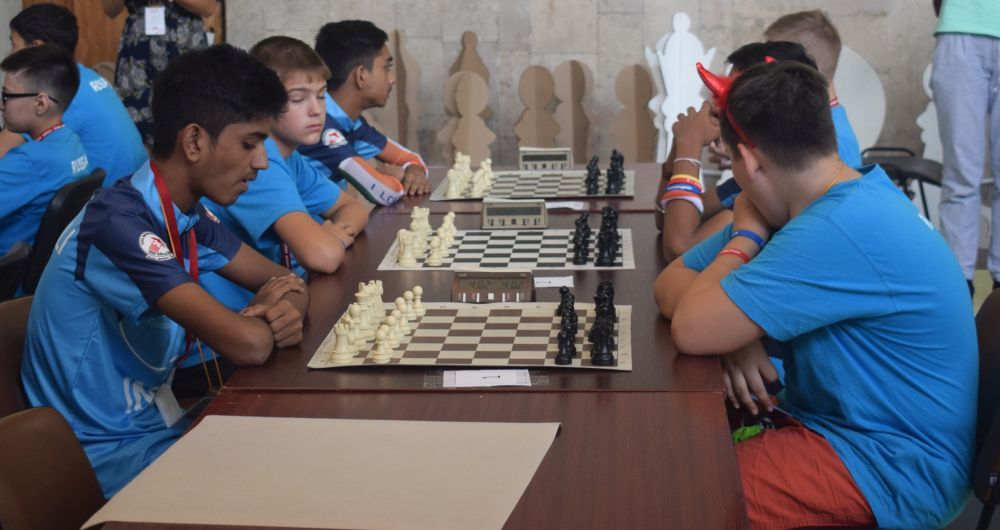 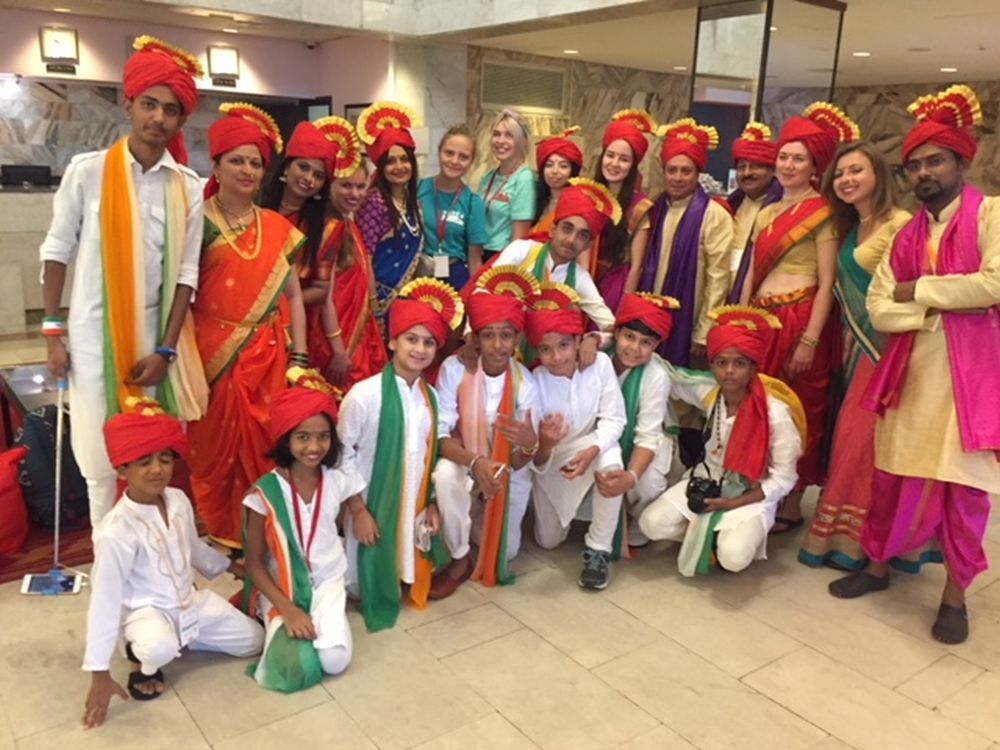 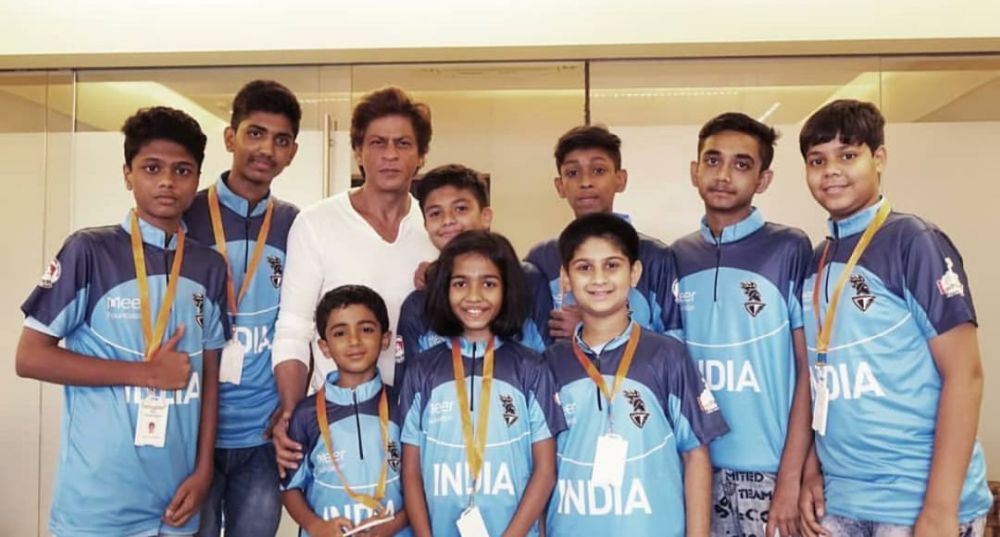 Bollywood Superstar Shahrukh Khan who was in the city gave a visit to the event to support Team India! | Photo: Kedar Palsule
The first day!
The second day! 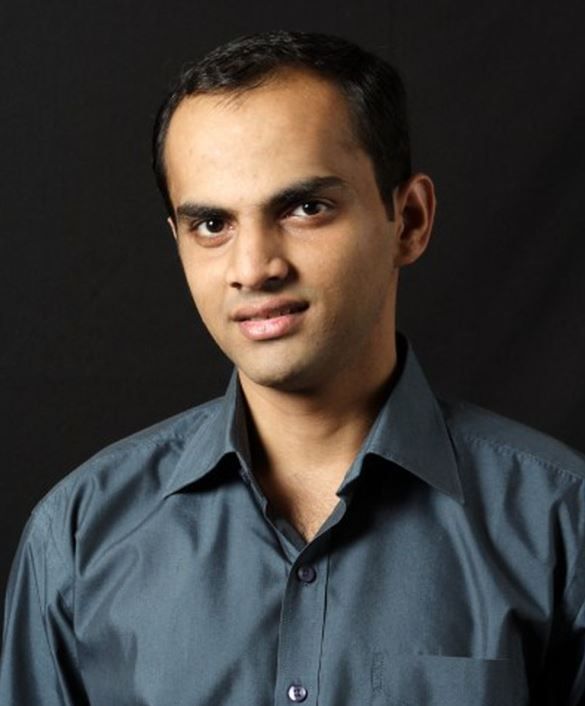 Kedar Palsule is a National Arbiter with 18 years of chess coaching experience. He provides online coaching session through skype and was the ex-coach of Bhartiya Vidya Bhavan, Mumbai : Chaturang Chess Club and also Kunte Chess Academy, Pune. He has been teaching chess to cancer surviver kids in Tata cancer hospital, Mumbai since last 4 years for which he does not charge any fees as he believes that the kids have already fought a lot against cancer and have won the battle.