Unique case where humans can still trump computers at chess!

The Telegraph Science published an article with a chess position saying: This puzzle could finally help scientists uncover what makes the human mind so unique, and why it may never be matched by a computer. While the article is surely interesting, we didn't find the puzzle composed by Sir Roger Penrose to be very impressive. Have a crack at it and also find some related content which shows you positions where humans are superior to computers.

It might look like a simple chess problem, but this puzzle could finally help scientists uncover what makes the human mind so unique, and why it may never be matched by a computer. 75 years after Bletchley Park sought codebreakers in the Second World War by placing a crossword in The Telegraph, scientists are again inviting readers to pit their wits against a new conundrum to find the quickest minds.

The puzzle coincides with the launch of the new Penrose Institute, founded by Sir Roger Penrose, emeritus Professor at the Mathematical Institute of Oxford, who shared the World Prize in physics with Professor Stephen Hawking in 1988 for his work on black hole singularities. 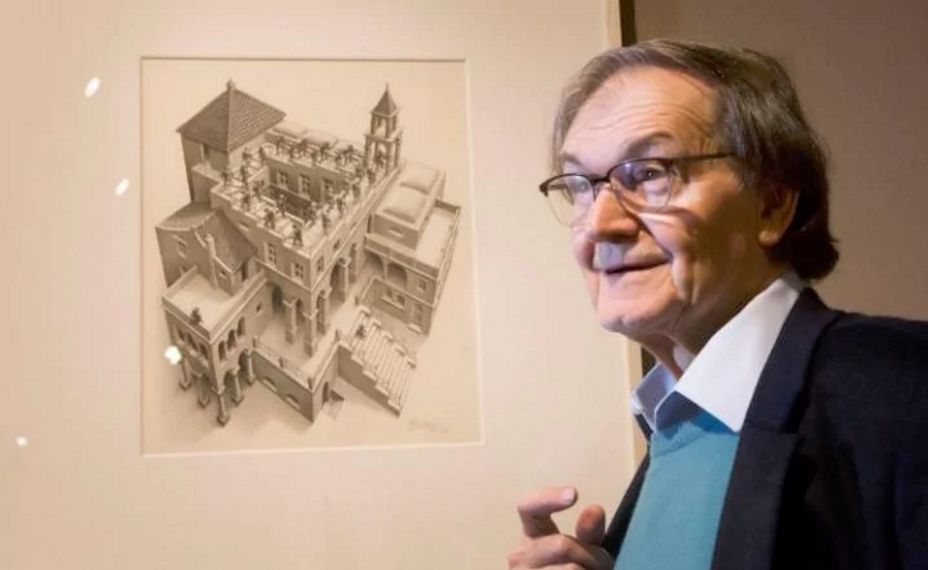 Sir Roger Penrose. He is the brother of Jonathan Penrose - the 10 times British Champion and the man who famously defeated the reigning World Champion, Mikhail Tal, at the Leipzig Olympiad.

The chess problem - originally drawn by Sir Roger - has been devised to defeat an artificially intelligent (AI) computer but be solvable for humans. The Penrose Institute scientists are inviting readers to workout how white can win, or force a stalemate and then share their reasoning.

The team then hopes to scan the brains of people with the quickest times, or interesting Eureka moments, to see if the genesis of human ‘insight’ or ‘intuition’ can be spotted in mind. 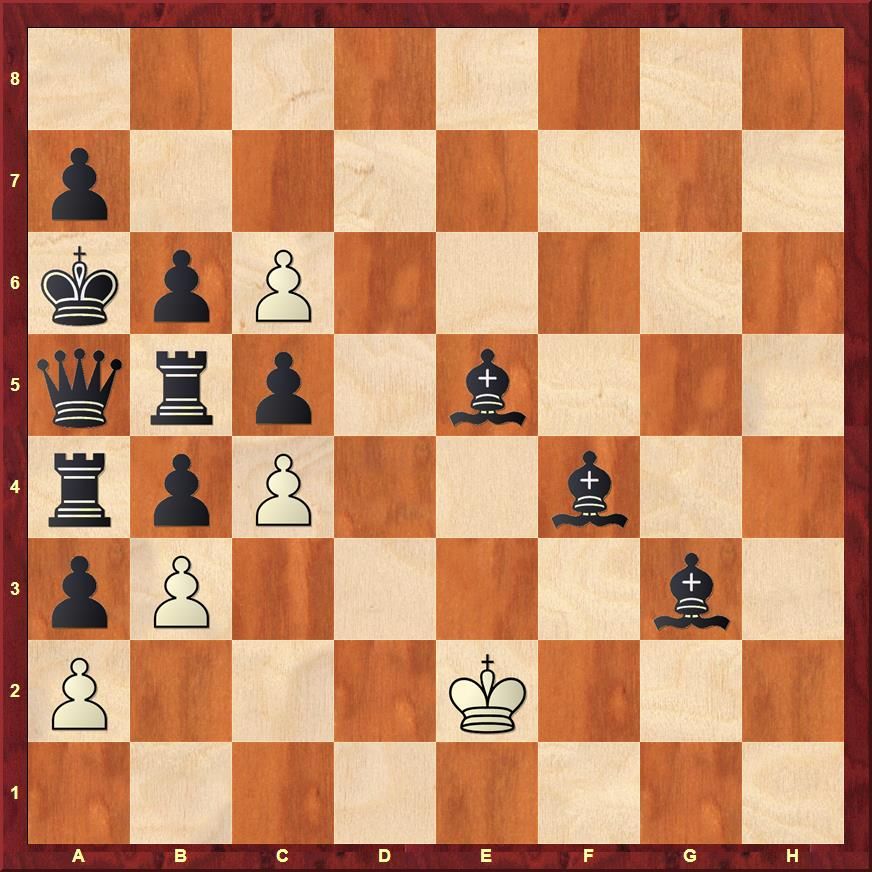 The puzzle above may seem hopeless for white, with just a King and four pawns remaining, but it is possible to draw and even win. Scientists have constructed it in a way to confound a chess computer, which would normally consider that it is a win for black.

However an average chess-playing human should be able to see that a draw is possible. A chess computer struggles because it looks like an impossible position, even though it is perfectly legal.

The three bishops forces the computer to perform a massive search of possible positions that will rapidly expand to something that exceeds all the computational power on planet earth.

Humans attempting the problem are advised to find some peace and quiet and notice how the solution that arises. Was there a flash of insight? Did you need to leave the puzzle for a while and come back to it?

The main goal is to force a draw, although it is even possible to trick black into a blunder that might allow white to win. The first person who can demonstrate the solution legally will receive a bonus prize. Both humans, computers and even quantum computers are invited to play the game and solutions should be emailed to puzzles@penroseinstitute.com.

This article was published in the Telegraph Science and written by Sarah Knapton.

Solving the above chess puzzle by IM Sagar Shah

I got up today morning and saw this article and found the heading "Can you solve the chess problem which holds key to human consciousness?" very interesting. As is obvious to any decent chess player, this position cannot be lost for White. He keeps moving his king and he has nothing to worry. However, the puzzle also said, "It is possible to even win!" I thought there must be some really cool way in which White can win. Well, after a good ten minute think, I concluded that there is absolutely no way in which White can win this. All that Black has to do is keep moving his bishops and all the white can do is keep moving his king.

The only way for White to even think about winning is if the bishops voluntarily move away from the h2-b8 diagonal, I am able to park my king to a8 and then push my pawn to c7 and c8=queen! It's such wishful thinking that I always warn my students against!:)

Of course, this problem is not so interesting from the chess point of view. However, it is interesting to note that the computer is unable to solve it. I tried giving it to the latest Houdini Pro 5 and this is what it came up with:

The computer thinks this is winning for Black

I like the explanation given in the article for why the computer thinks it is a win for Black: "The three bishops forces the computer to perform a massive search of possible positions that will rapidly expand to something that exceeds all the computational power on planet earth."

This is the edge that human's have over Artificial intelligence - we can immediately discard moves like bxa4, cxb5 or c7 because it allows Black to untangle himself. But the computer is unable to understand it so easily and these are some of the positions where humans are still superior as compared to the silicon monsters.

The first position that came to my mind when I saw this article was the following study: 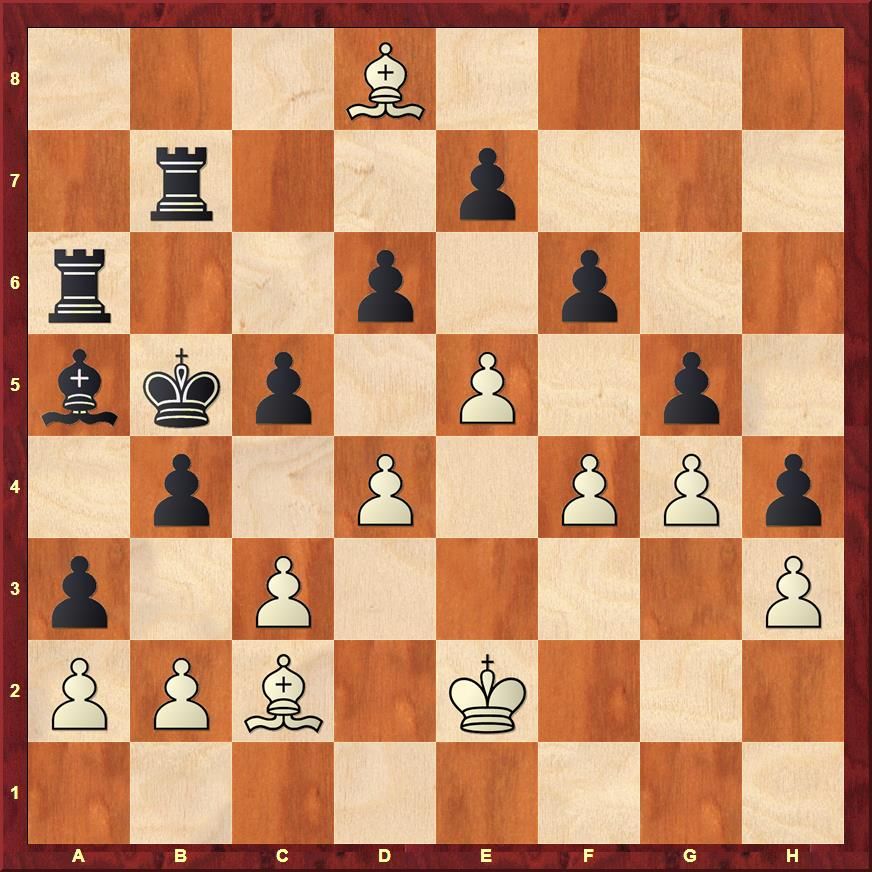 White to play. And the answer is very pretty! Composed by W.E. Rudolph 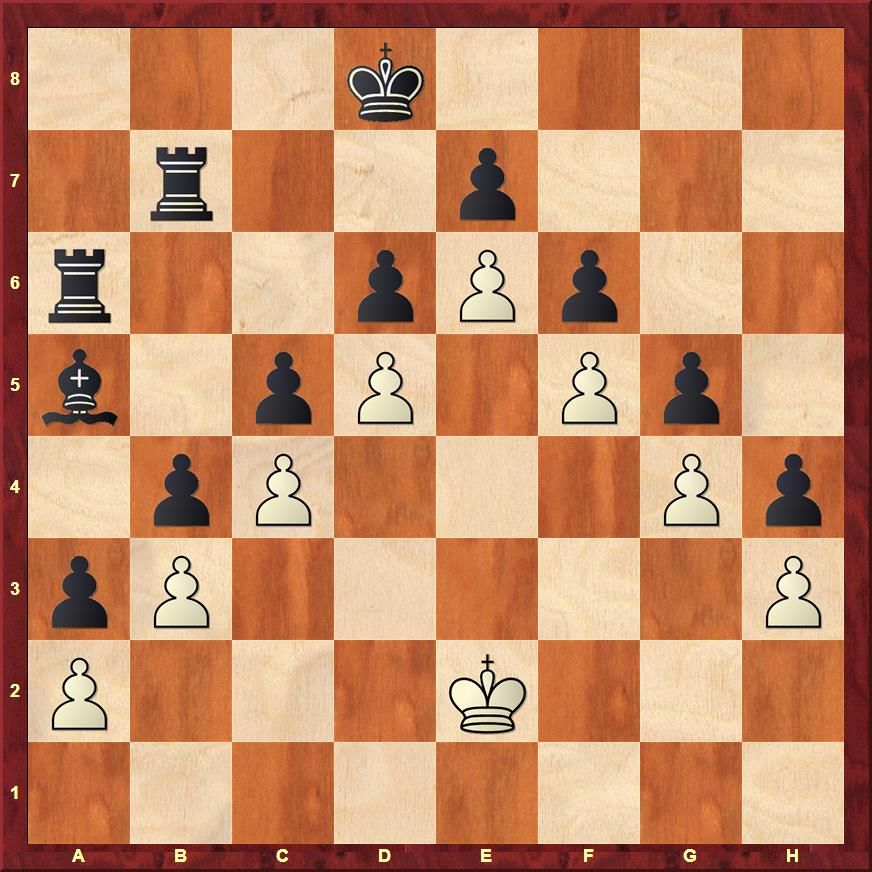 A very pretty final position and once again the computer thinks that this is completely winning for Black!

In case you write to Penrose institute and do receive a reply from them, please let us know!