How chess transformed the lives of prison inmates

We have often heard stories of how chess transformed lives of individuals by means of enhancing their concentration, decision making abilities, analytical skills etc. While all this is true, the real power of chess is unfathomable. It's the stories, like the one that you are about to read, that make you understand how chess has the power to truly make a difference in our society. A heart warming tale sent to us from Italy by FM Mirko Trasciatti.

As I went through their essays, I could not but feel inwardly pleased with my job. I am talking about the essays I asked my pupils to write at the end of our chess course, in which they described their feelings, their thoughts, and the benefits chess brought to them. The reader might think that many teachers ask children to write essays, so there is nothing special with this article so far. I should make one thing clear here: my pupils were the inmates of a maximum-security prison.

In June 2015 I received a call from GM Roberto Mogranzini asking me if I was available to teach chess at the maximum-security prison of Spoleto (Italy). His offer stunned me, not because the prisoners might be dangerous, but because I feared that I would not be able to meet the expectations of that project. In fact, chess was one of the sports offered to the prisoners in the context of the project “Sport in carcere” (Sport in prison), meant to facilitate their rehabilitation. Thus, my task was to convey some values to those men by means of chess.

Some days later I accepted the job, eager to start that thrilling and challenging experience. Since I decided to take up that responsibility, I had been envisaging the first meeting with my new pupils and choosing the best words to introduce myself. That day finally arrived, and as I was standing in front of the prison - that prison that I had seen only on TV, with real criminals - the sense of anxiety I was feeling increased. I followed the guard who led me to the room where the prisoners were waiting for me, and when he said “Here we are” I turned around and saw them.

Lesson after lesson, we managed to break the ice and know each other better. One of them, Vladimir Haxiu, joined the course a little bit later. I met him by chance while he was reading books in the library. As he saw me coming with chessboards, he asked what I taught and decided to start playing. Since that day, the chessboard has become his best friend and a way to escape reality. Sometimes fate helps us finding a sheet anchor.

“I knew nothing about this game”, wrote Vladimir in his essay, “and when I started I had no idea about the benefits it could bring me, especially in this place where I am now. […] While I was focused on the game, for instance when the teacher left me some exercises to solve in my cell, I could distract myself and take a break from the problems and the thoughts that obsess a prisoner”. As he himself explains, chess eased the pain he was feeling because of the distance that divided him from his family.

When you are in jail, days seem endless and every second turns into an eternity. To these new players, chess became a way to break the routine, to keep their mind away from the place where they were. In this regard, the inmate Salvatore Di Mondo wrote as follows:

In jail time passes according to a daily routine […] Since I started attending the course, it seems to me that I have never enough time […] It often happens to me that I burn the coffee or the tomato sauce, as I am focused on the game so much that I forget about everything else […] This brilliant game changed the quality of my time.

Furthermore, it is easy to get bored when you spend so much time in the same place, doing the same things. Boredom pushed Attilio Surace to join the course. “What else can I do here?”, he wrote in his essay. What he wrote next impressed me the most:

"In my life, since I was a teenager, I had always been attracted by drugs, especially by cocaine and everything related to it, and by the way it makes your head speed up; I also joined therapeutic communities, but today for the first time I am interested in a world that makes your head spin not in a frenetic way as cocaine does, but in a new and fascinating way."

The inmates received the news that I would organise a tournament at the end of the course with great excitement. It was the first FIDE rapid tournament that ever took place in a jail, and was supported by the authorities of the prison of Spoleto and by CONI (Italian National Olympic Committee), which recognised the value of our sport being taught in such places. Among the players, five of them were inmates, whereas four came from outside - Women Italian Champion WFM Daniela Movileanu, FI Mirko Trasciatti, SIM –Senior International Master- Fausto Calandri, and former Checkers Italian Champion Francesco Tortolini. The thanks from the inmates and from the authorities who came to the closing ceremony are the best reward I could hope for, and gave me an important push to carry on the chess section of the “Sport in carcere” project next year! 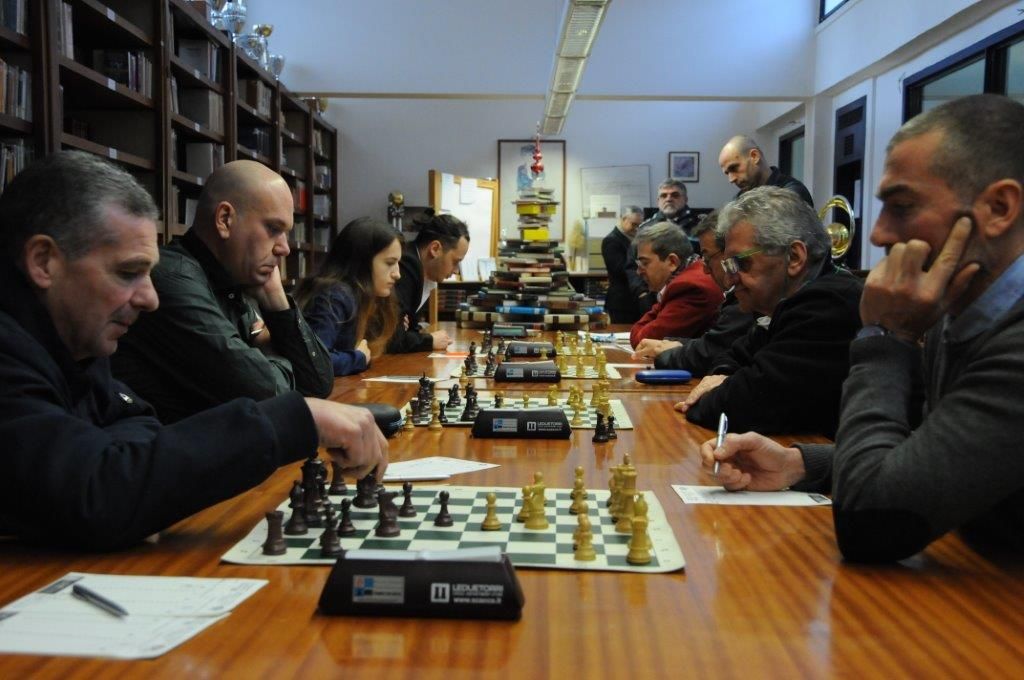 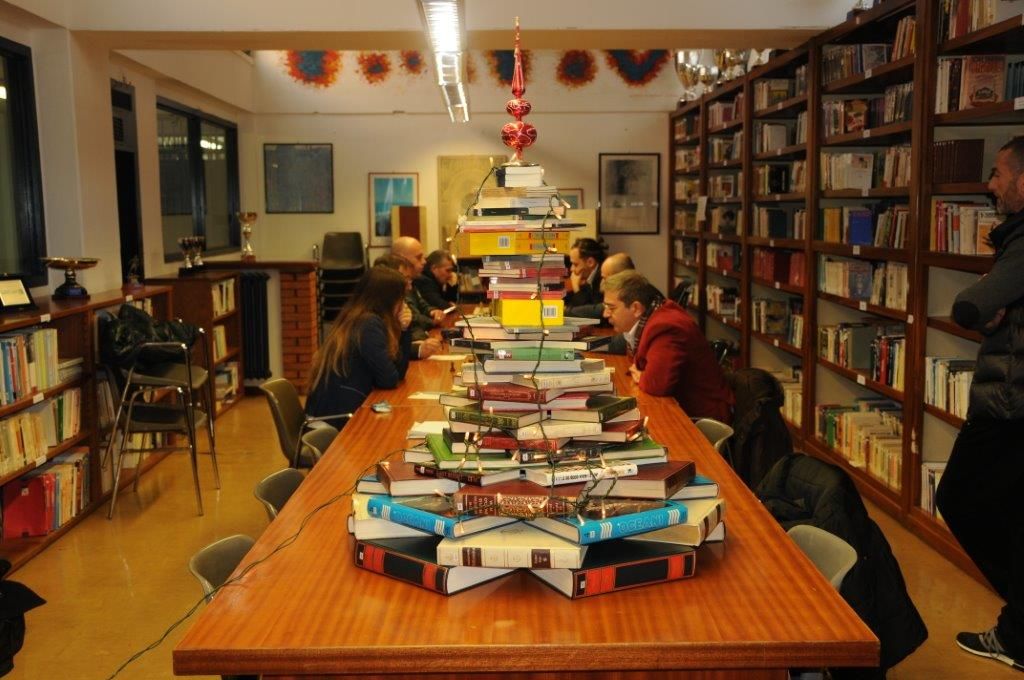 A Christmas tree made up of books 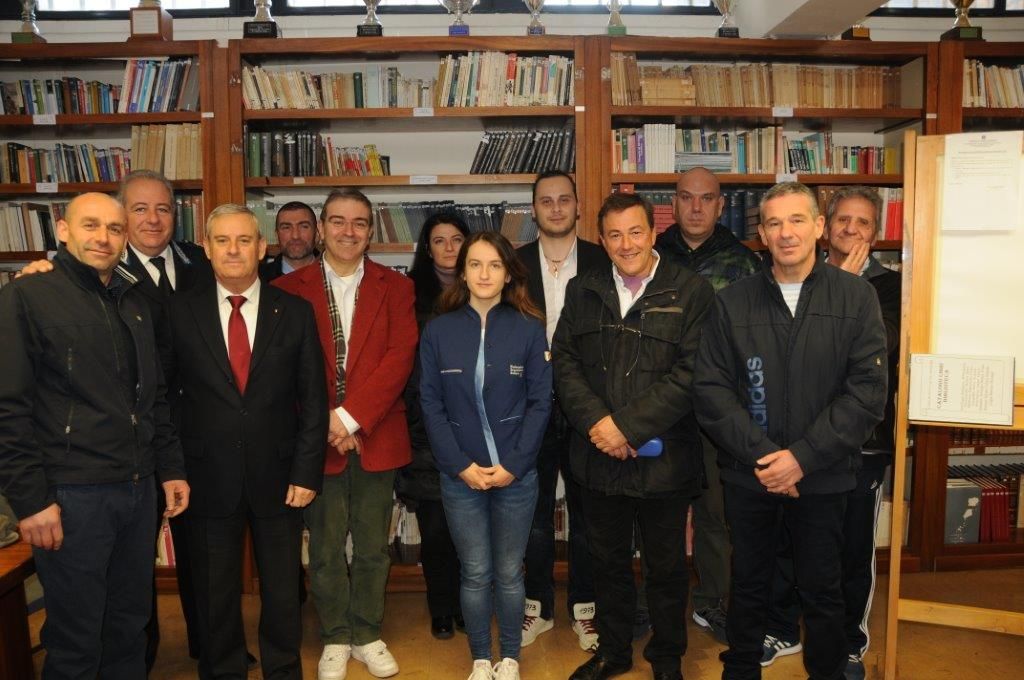 Born in Bologna (Italy) in 1990, I (Mirko Trasciatti) started playing chess when I was 13. After winning some youth tournaments, I won the UISP Italian Championship in 2007 and the Umbria Championship in 2011. In 2011, I decided to become a chess instructor, so I got the national instructor title. One year later I became an arbiter, while in 2014 I obtained the Fide Instructor title. Since several years I have been working on many projects related to chess.