Mighty peaks surround the enchanting green valley of the Beas river, with adventures seducing one from all sides — Manali is a pleasant place to be. The Himachal Pradesh State Chess Association organized a seven-day coaching camp, from 24 March-30 March 2016, in a place that can only be described as a paradise. What do you think of playing chess in three-degree celsius, 10,500 feet above sea level in a place covered with snow? Find out here!

Mighty peaks surround the enchanting green valley of the Beas river, with adventures seducing one from all sides — Manali is a pleasant place to be. Since a decade now, the resort has grown from an idyllic resort into a young and vibrant city, with its charm still intact.

The Himachal Pradesh State Chess Association is doing a commendable job of spreading the gospel of chess far and wide in the state. Recently, they added a sense of adventure into this fairly normal affair by taking the sport to a place that can only be described as a paradise! 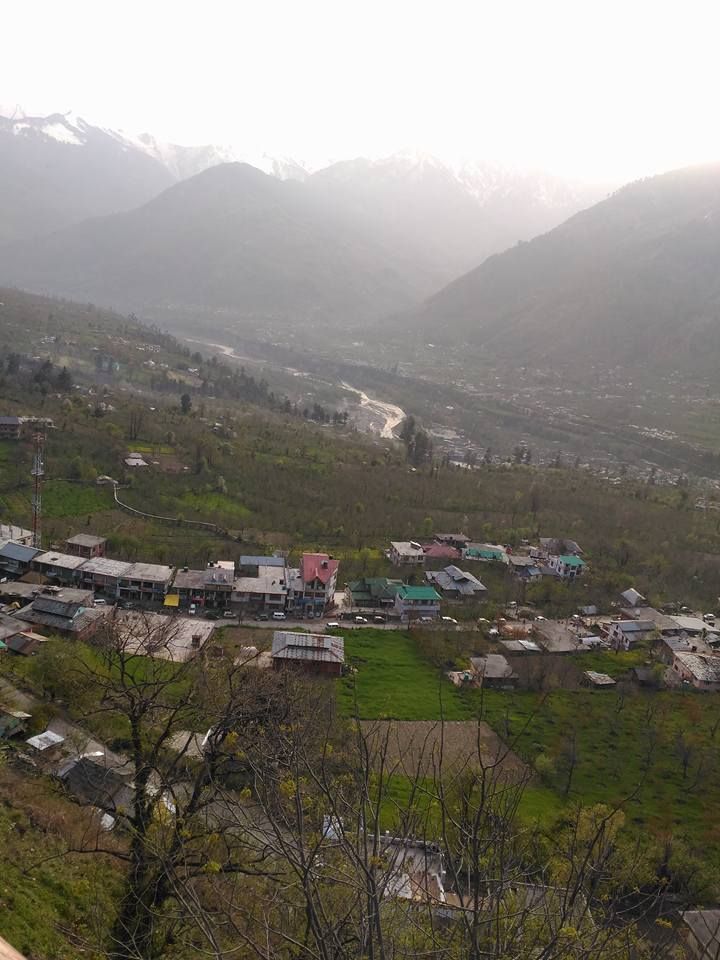 The calm and the chill of Manali hosted a chess camp!

The person behind the idea is HPSCA Secretary Sudarshan Kumar Sharma. The All India Chess Federation initiated the camp under its scheme of holding such training for young players from various states. 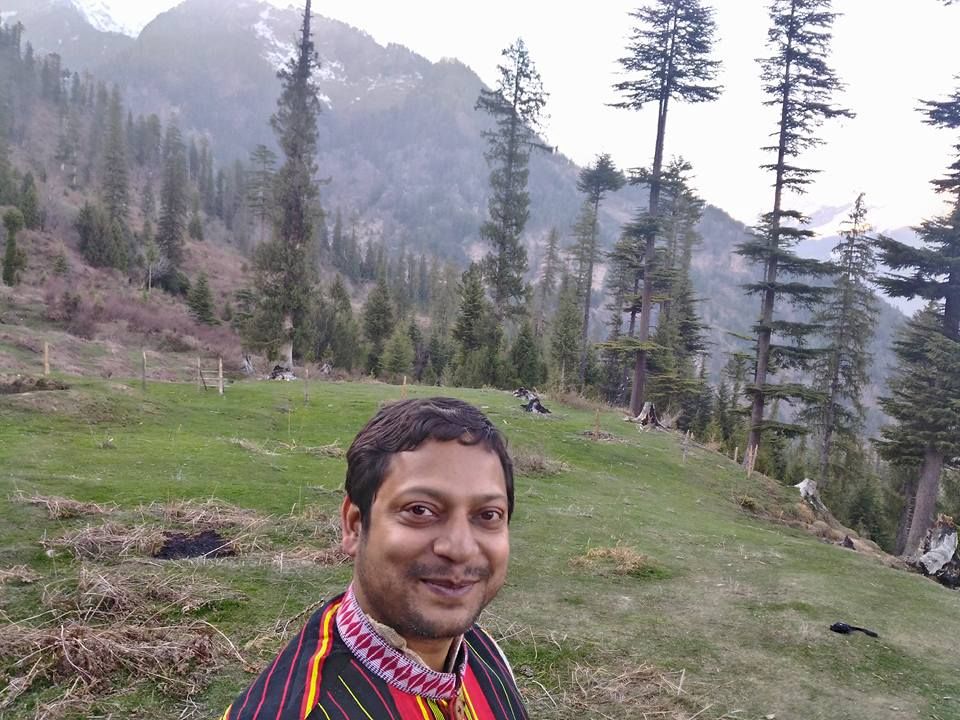 Incidentally, as it happened, nine of the selected fifteen meritorious youngsters were students of the Delhi Public School Manali. 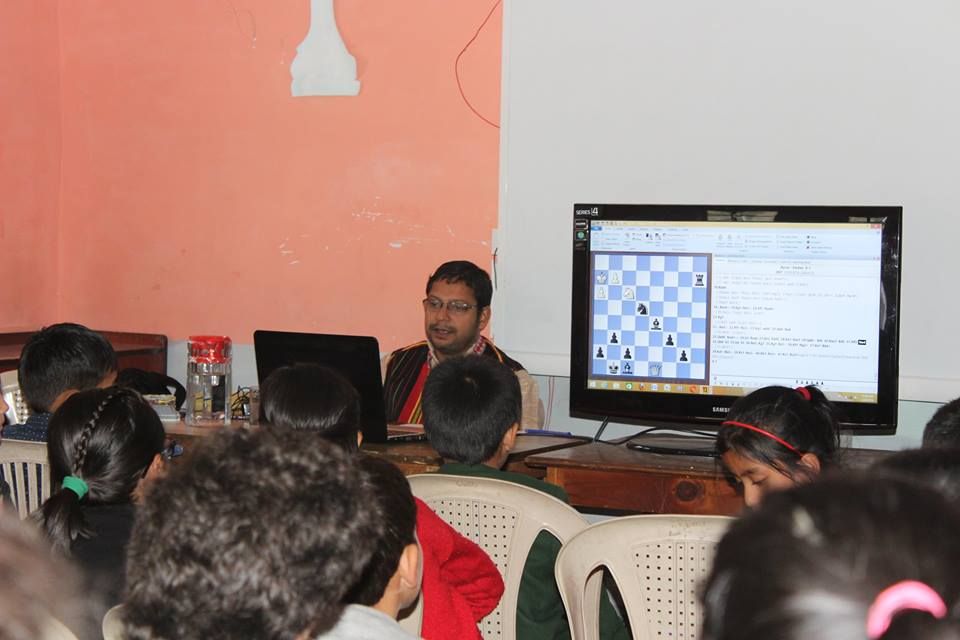 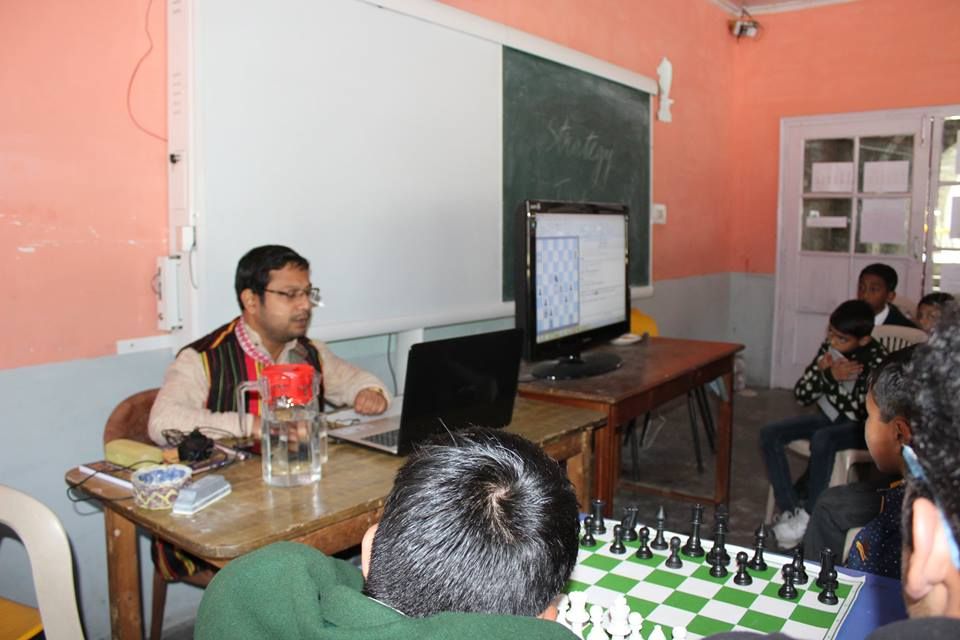 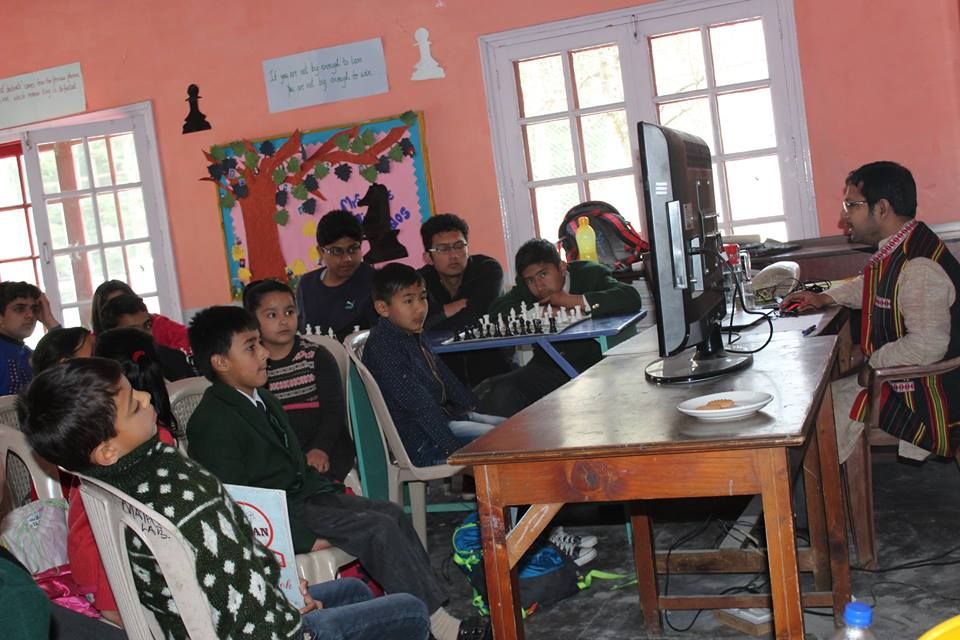 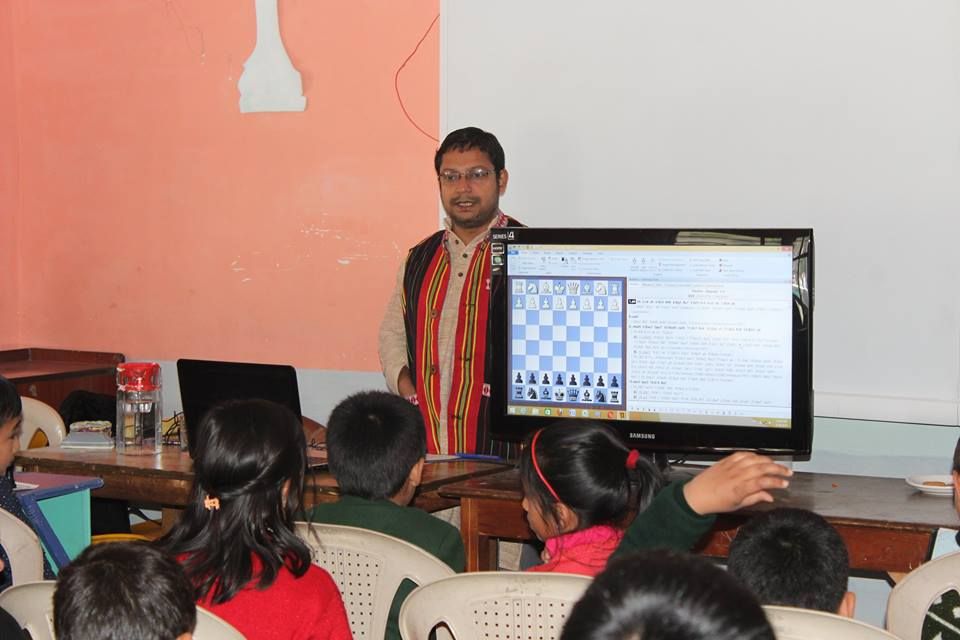 After six days of serious training, the organizers of the camp took chess to a different altitude altogether, literally!

Fourteen kilometers northwest to Manali, on the way to Rohtang Pass, is a place comprising of giant slopes of lawn filled with snow in the winters — a ski resort by the name Solang Valley. It is situated at 3205 meters, which roughly translates to some 10500 feet, above the sea level. 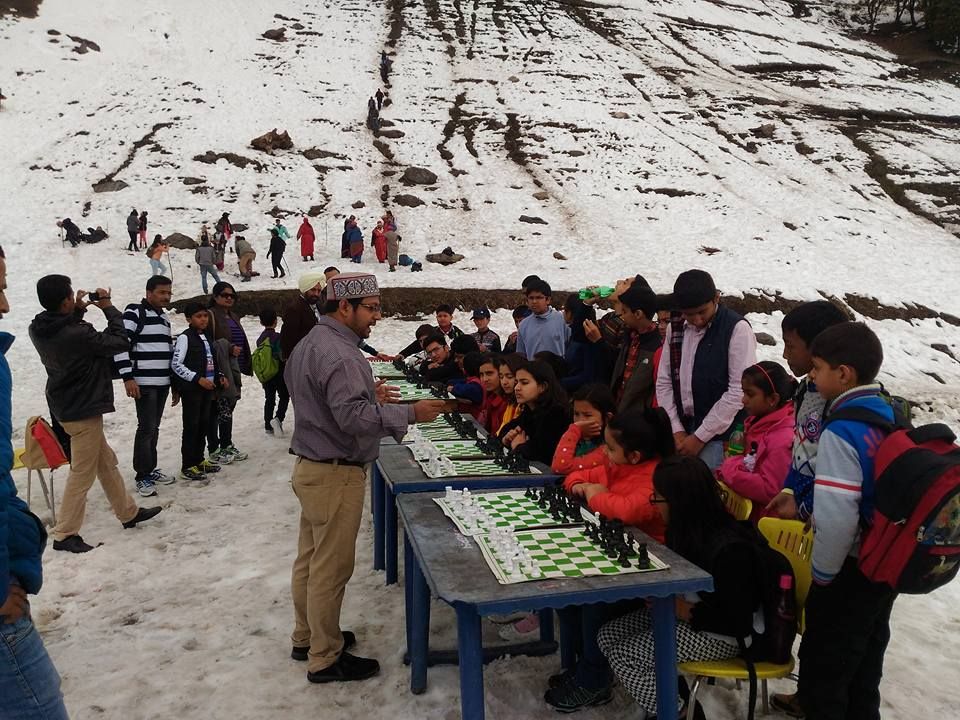 The camp ended with a simultaneous exhibition 10500 ft. above sea level in a valley covered with snow at 03 degrees celsius temperature! 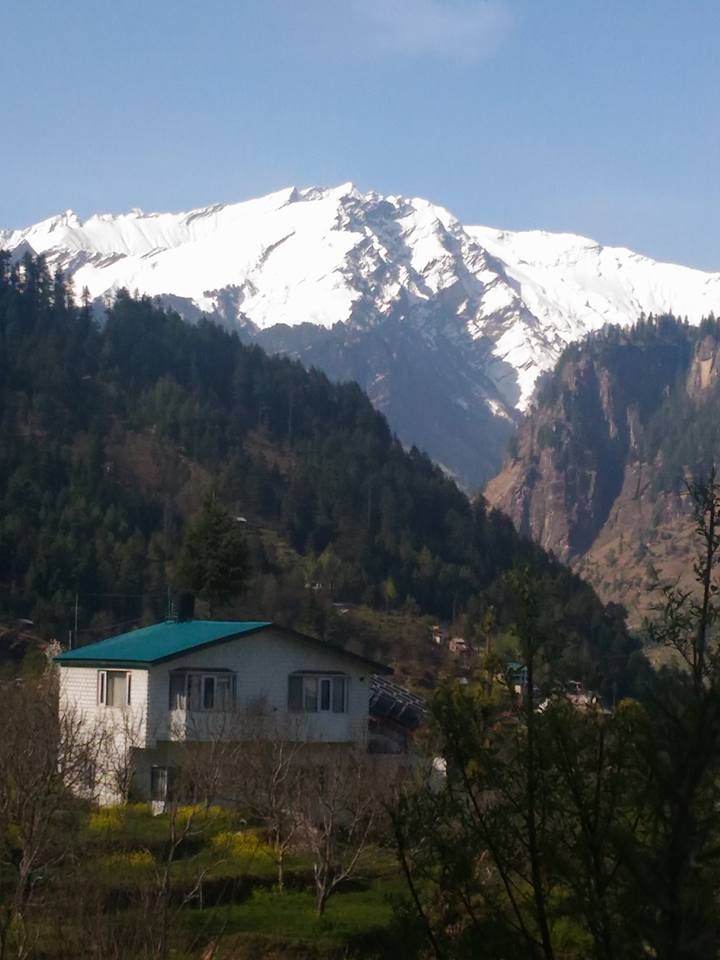 Imagine playing chess in a place like this! To reach the valley, you have to either trek or take a ropeway. The chairman of the Ski Himalayan Pvt. Ltd. and Solang Power Ltd. Mr. Amitabh Sharma graciously contributed with the logistics of moving the players and equipment. 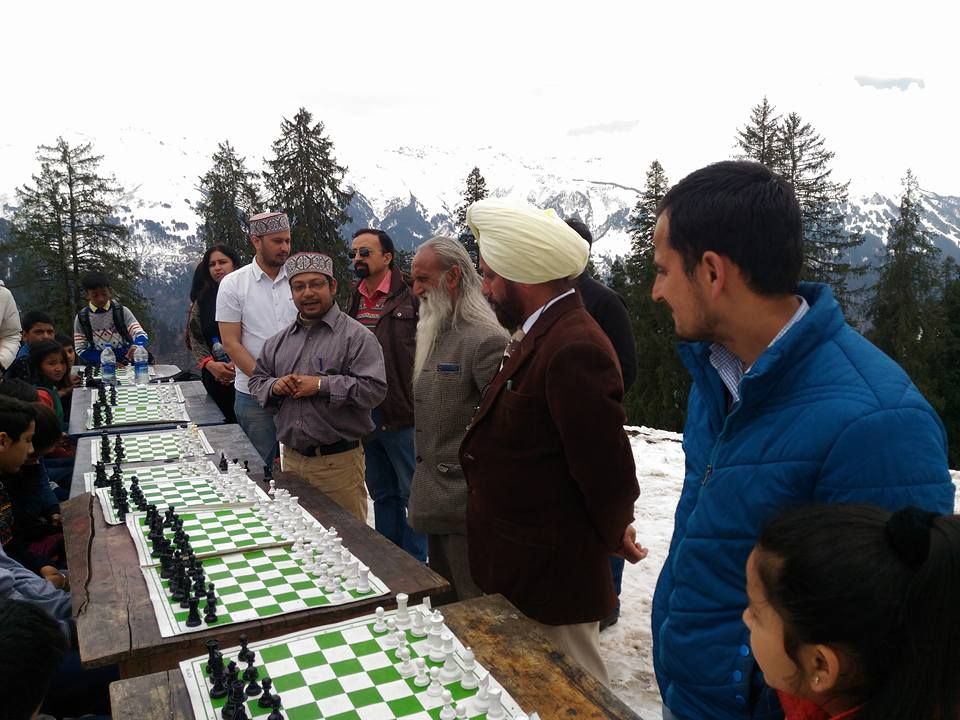 IM Atanu Lahiri and other guests and organisers who, by the way, are planning to up the ante and organise a full-fledged tourney here! 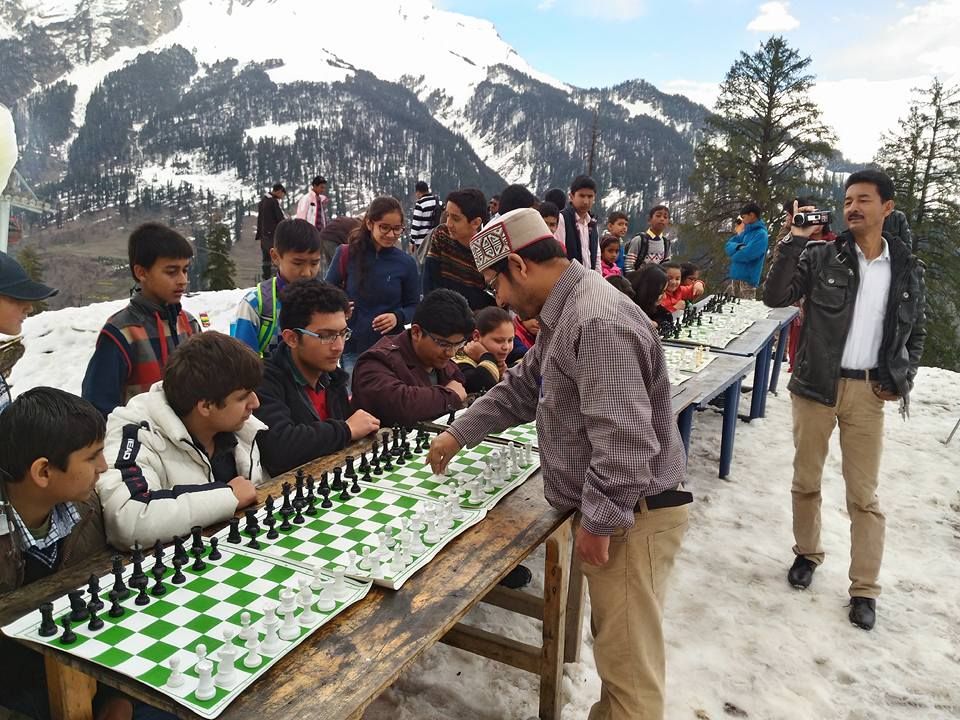 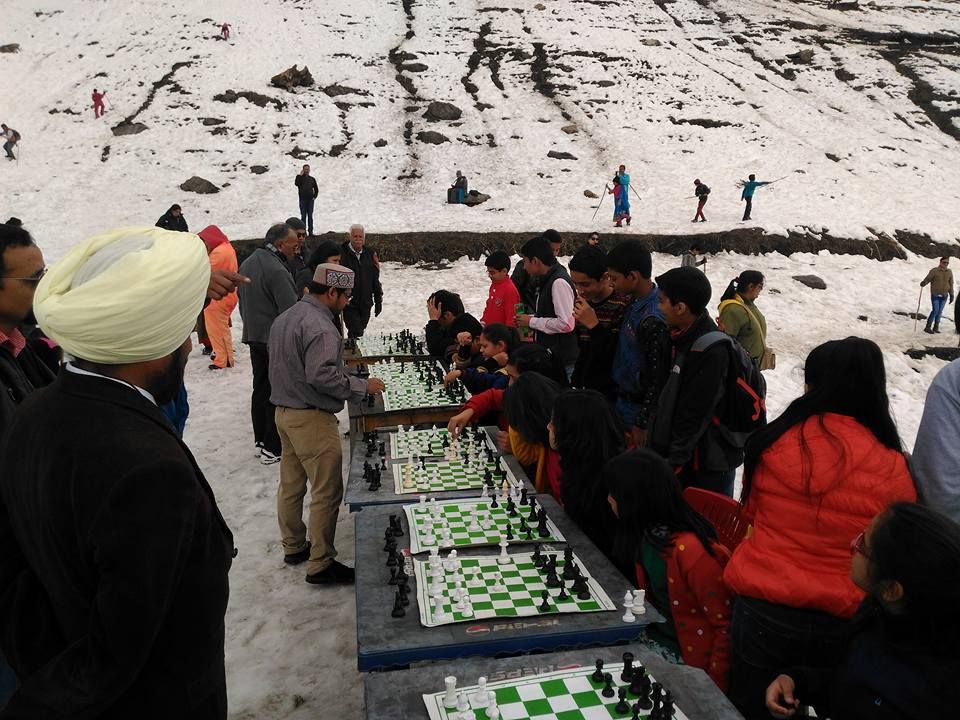 IM Atanu Lahiri encouraged the children to apply the concepts they have learnt in the past few days in their games. 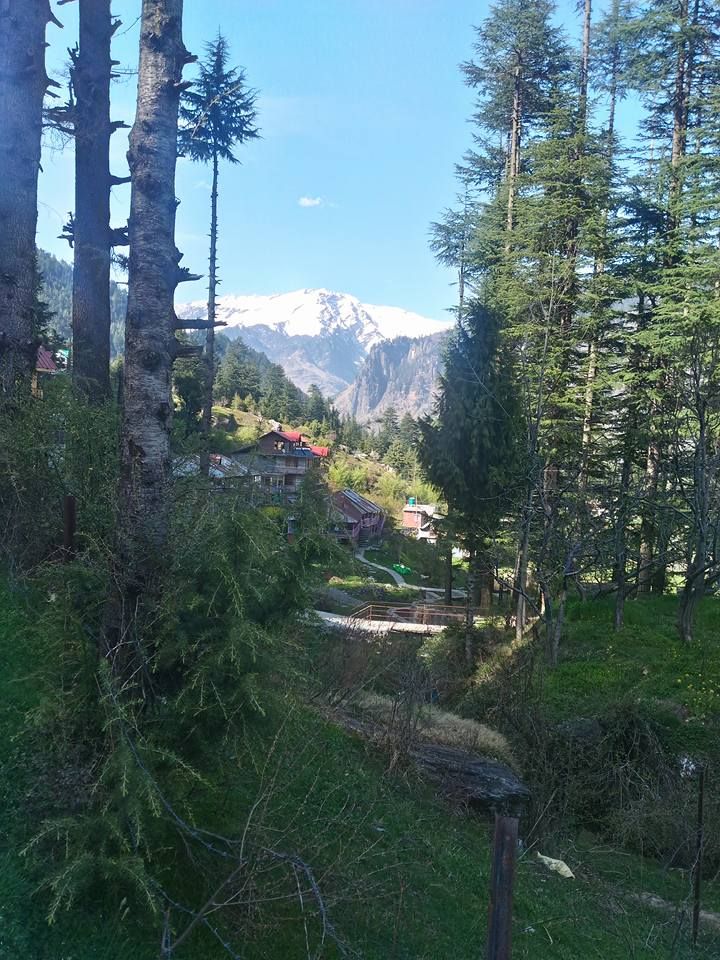 The valley in all its glory! 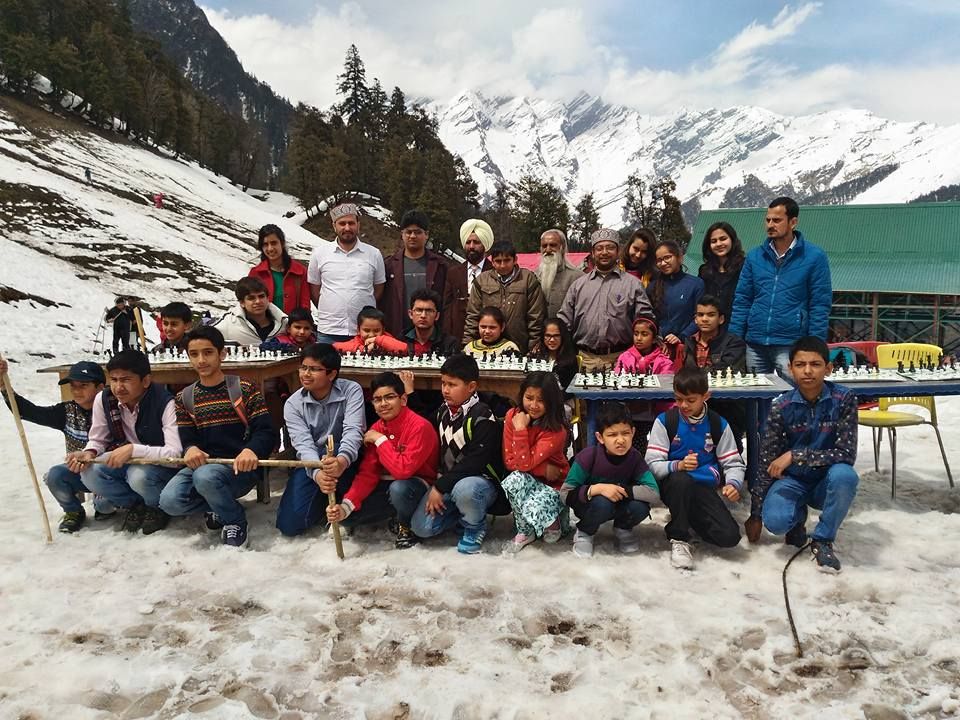 The camp, as well as the chess exhibition, was a grand success, with everyone left asking for more. The organisers have promised to make it bigger and better in the future!