Bobby Fischer came up with the idea of Chess960 or Fischer Random chess where the pieces are placed in a random order on the last rank. Top grandmasters have dipped their feet in the ocean of chess960, but the format hasn't really caught on. In this article Ganesh Dorairaj asks a very pertinent question: is the study of Fischer Random games played by top grandmasters useful to improve our chess?

I stumbled upon this game a few days back. Going over it, I was really surprised as to how a genius like Aronian can go down in less than 25 moves. As a chess trainer for more than 15 years I have repeated the basic principles of chess endlessly, like develop your pieces quickly, control the center, don't open the position when underdeveloped etc.

Looking at this game should give a comforting thought for amateur chess players and woodpushers. I am writing this not to hurt anybody, and definitely not Aronian. Even the greats are not secure in unfamiliar territory. All I want to do is check whether studying chess960 games by these great players can help us to become stronger.

Let's go to the fun part. 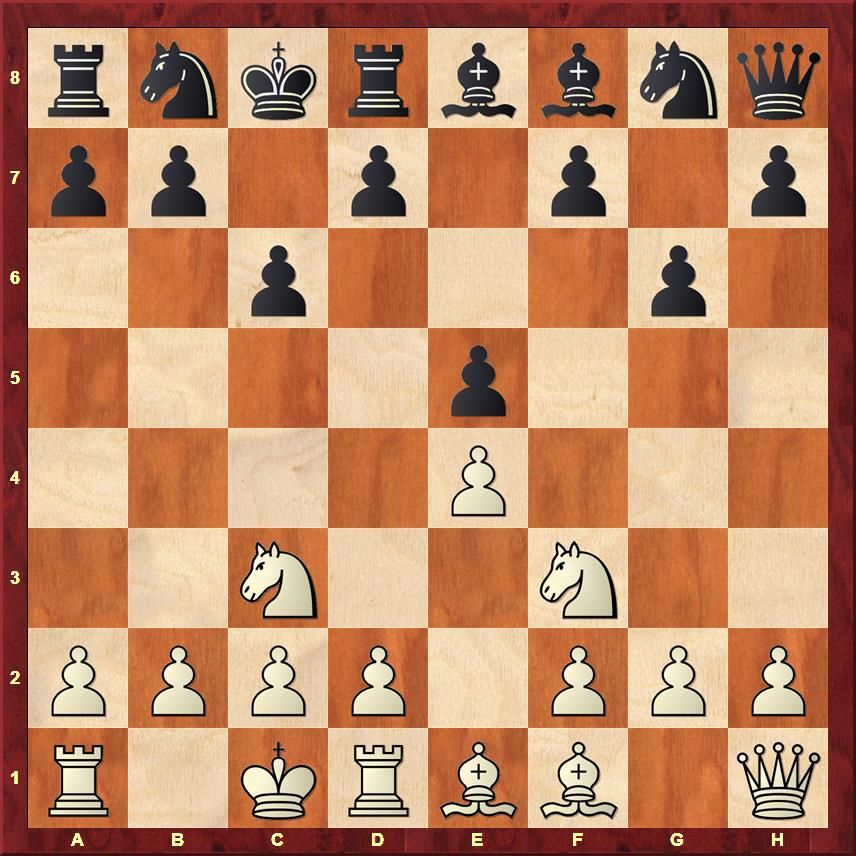 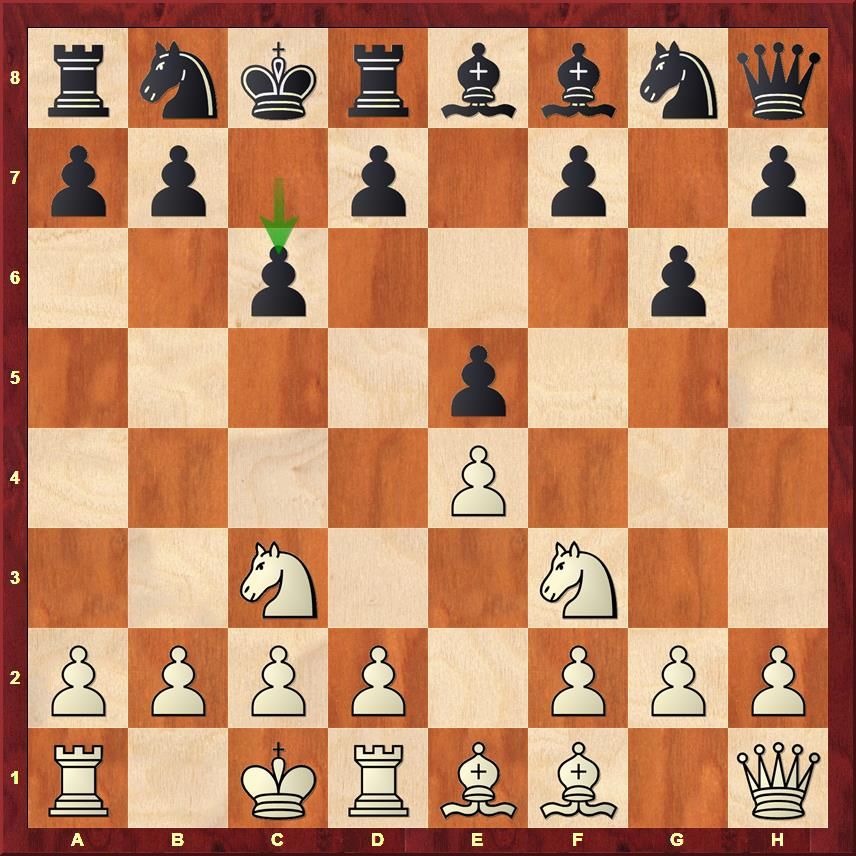 On move three Aronian played 3...c6, (Fischer would call it a lemon!) violating "don't make unnecessary pawn moves early in the game." Now that's something the Armenian genius would have learnt at the age of five!
Developing the knight to f6 or c6 would have been pretty normal. The computer suggest 3...f5! as the strongest move. 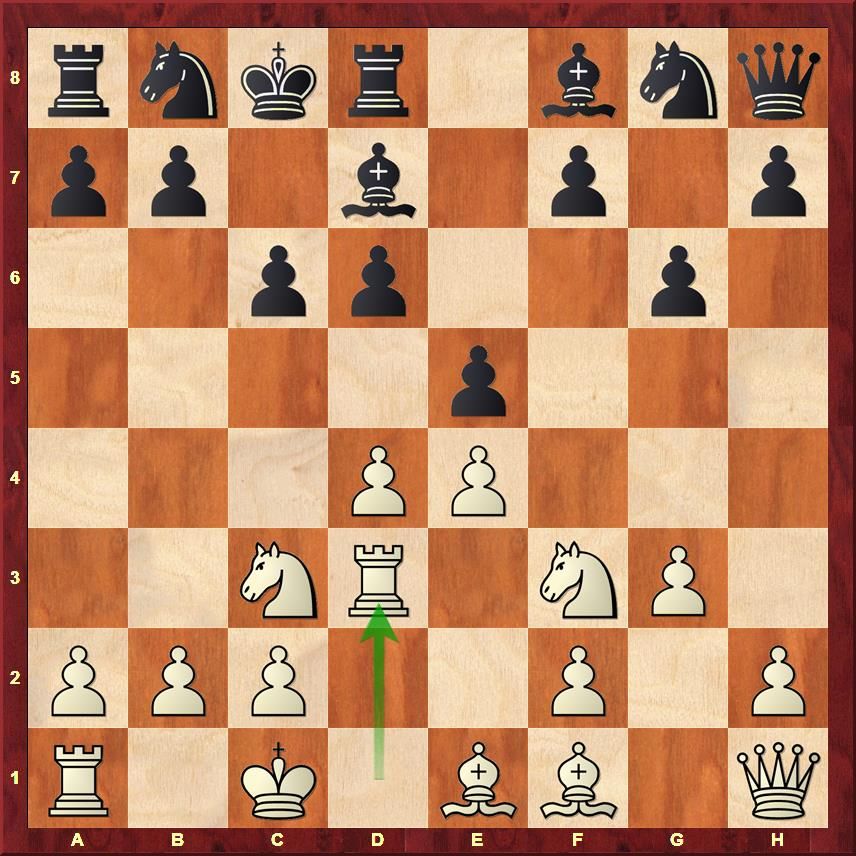 The next error in the game was on move six by Nakamura. 6.Rd3 which once again goes against the boring traditional advice "bring in the heavy pieces only after the minor pieces are developed." He did bring his queen out early against Sasikiran (1.e4 e5 2.Qh5). Not a quick learner, eh?! 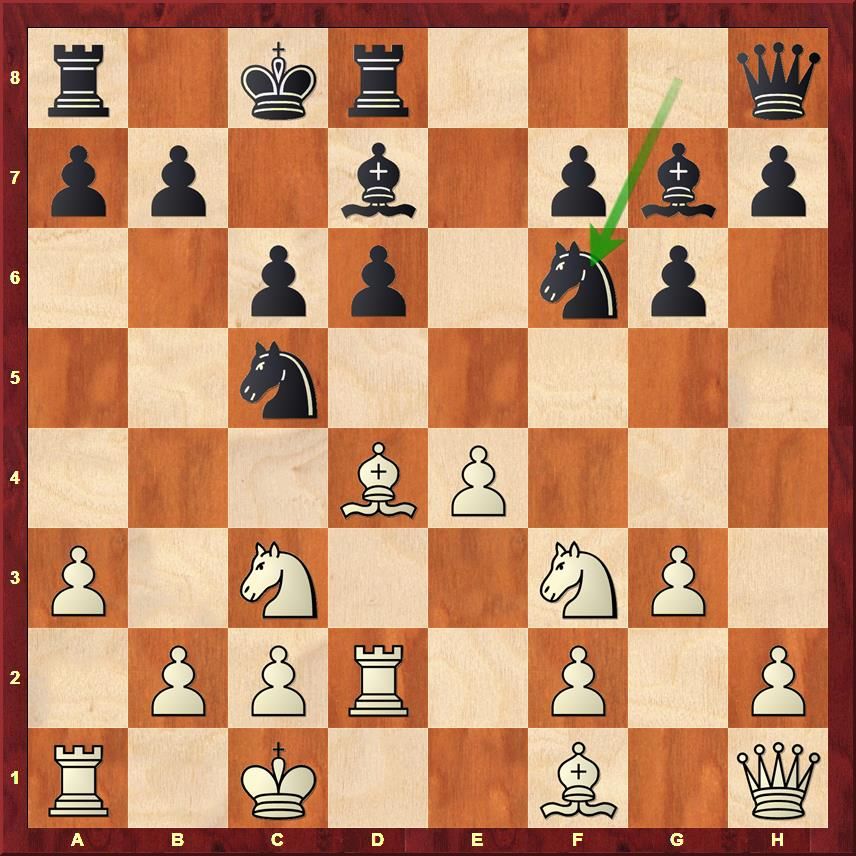 Aronian's 11...Nf6 was a pretty poor move. Levon, who was already in a difficult position had to go for 11...f5! However, the move 11...Nf6 showed a complete disregard for this pawn break and the fight for space. Bad chess culture as Garry (Kasparov) would put it!
On move 13, Nakamura followed the basic principles and brought his king to safety with 0-0-0. The gif image above shows you how 0-0-0 is done in Chess960! However, he missed the most obvious and strong move, which should be pretty easy for a player of Nakamura's calibre... 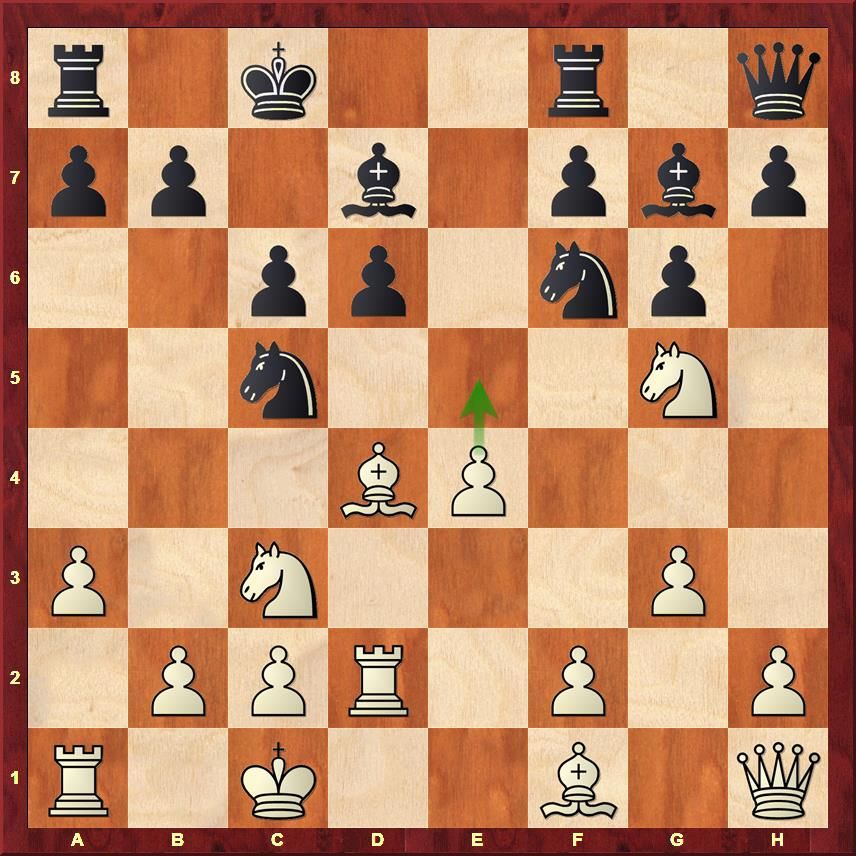 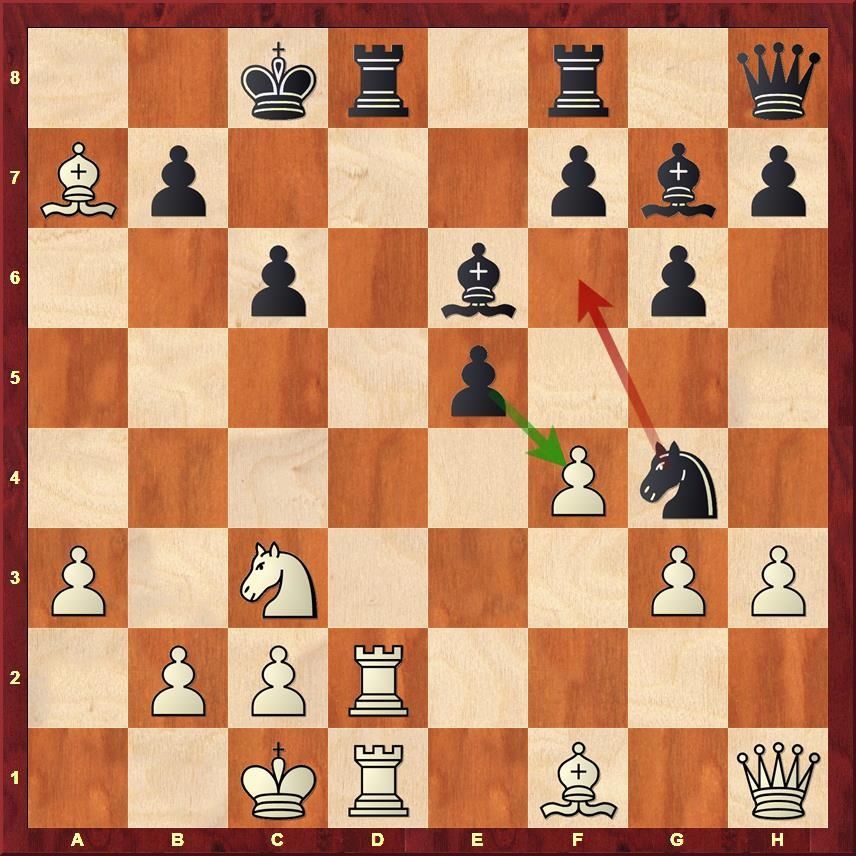 Aronian's 18...Nf6 was the last nail in his own coffin. 18...exf4 was a much better try, complicating the position. The main point being that the knight gets the e5 square to defend his king position. As we shall see, in the main game, this option was not available. And 19.hxg4 is met with ...Bxc3 with an unclear position. 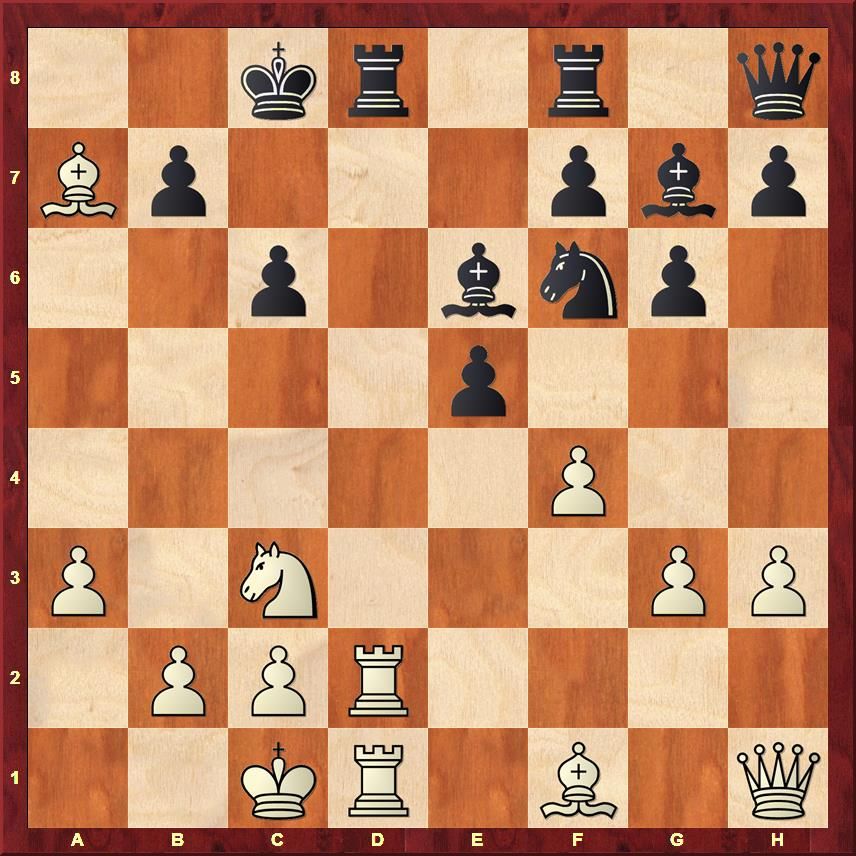 Nakamura (White) finished the game with a nice move here. What did he play?
It all boils down to king safety. Nakamura uncorked the strong 19...Ba6!! and the game was just over. 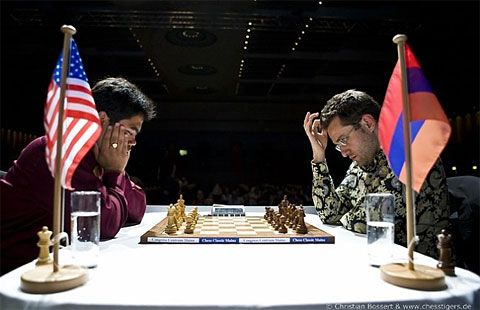 With this victory Nakamura won the title of the World Chess960 Rapid champion in 2009
I have a serious question: Does analysing chess 960 games played by grandmasters help us to understand the game better? The jury is still out on this and I look forward to your views in the comments section below.

When Ganesh mailed me this article, he sent the moves and analysis in word format. The challenge for me was to put the game in a ChessBase board and then save it. I tried to find a new Chess960 game in ChessBase 13, but was unable to locate such a feature. Then I clicked on the setup position option (clicking "S" when the chess board is open gives you the setup position board). I googled the position number 666 and got to know how the pieces are placed on the last rank. Everything was going smoothly with this method, until I reached the move of castling. As the position was set up, the option of castling was impossible.

When one family member isn't able to solve the problem, you have to go to the other! ChessBase 13 couldn't help me to save my Chess960 game, but Fritz 15 came to my rescue! 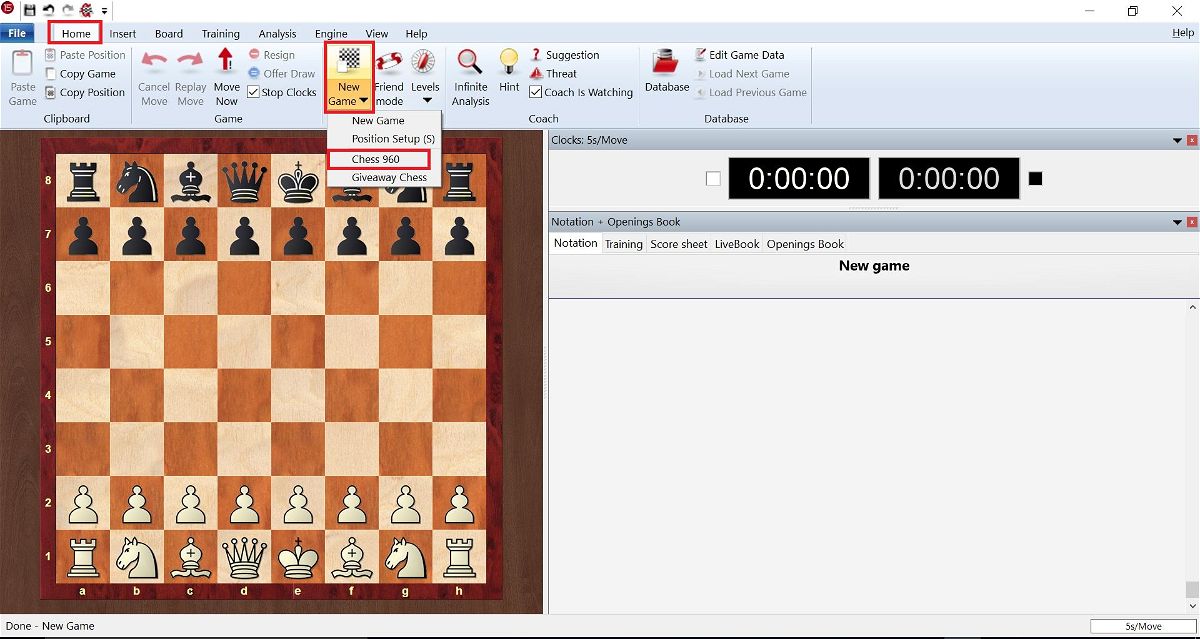 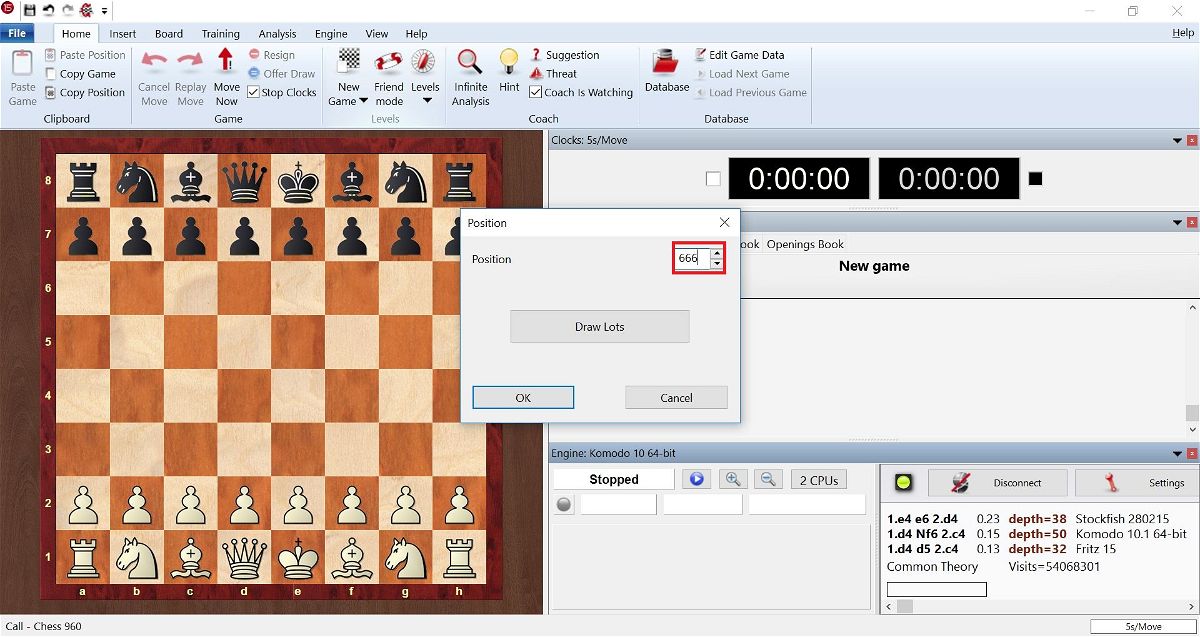 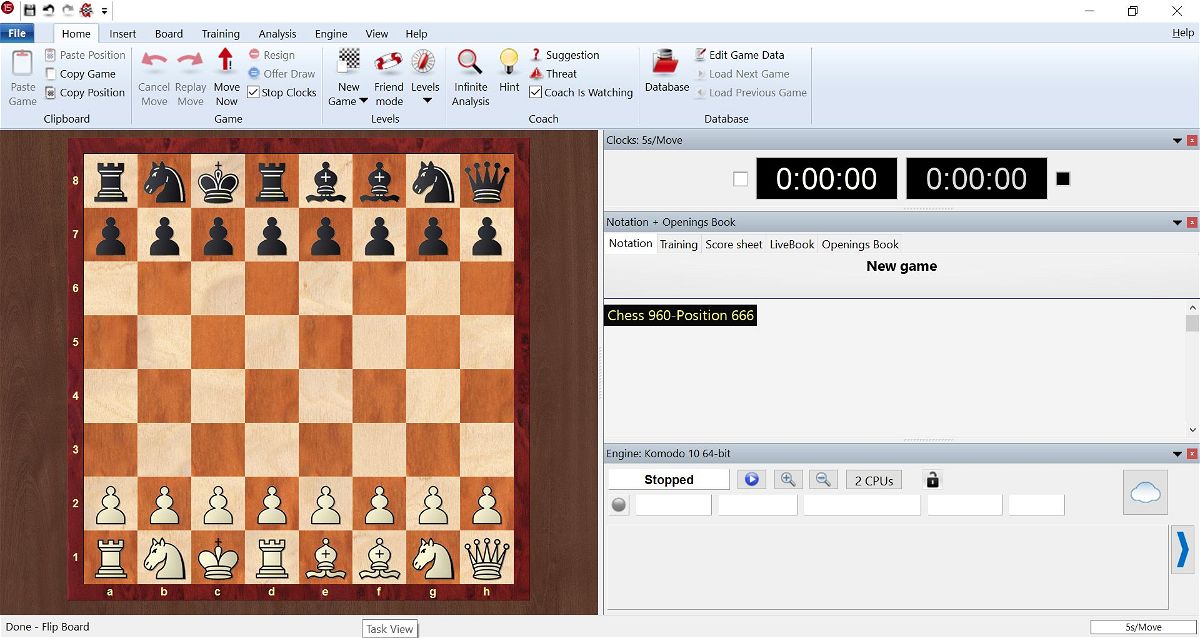 And there you have it! The position is ready and you can either play with the computer, or click on "Infinite Analysis", put the moves in, and save the game. Once the game is saved you can open it in ChessBase 13 also.

Check out Fritz 15 in the ChessBase India online shop 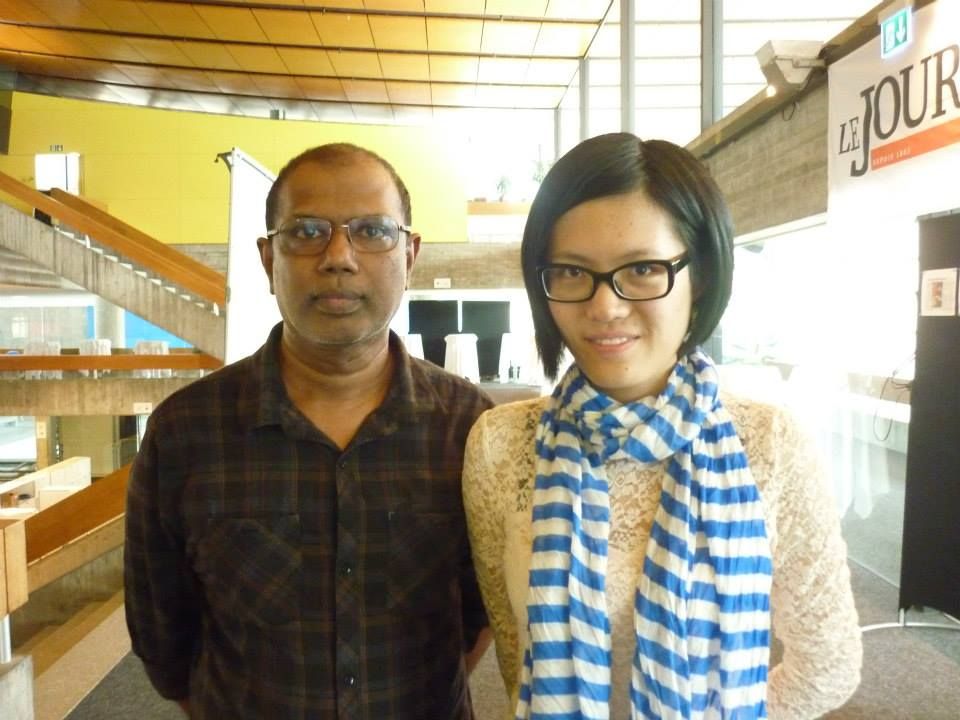 Ganesh Dorairaj is an ardent lover of the game and extremely passionate about chess. He has a coaching experience of nearly 16 years and is also a trainer at the famous Chess Gurukul Academy in Chennai. You can reach him on his email: ganesann64@gmail.com