The fourth round of Chennai Open 2017 was scheduled to be held on 20 January 2017. Things were on course when news arrived that Chennai is enforcing a 12-hour shutdown on itself in protest against the Supreme Court ruling on Jallikattu, a popular Tamil ethnic sport. The organizers were forced to abandon the idea of playing a round amidst this protest and postponed it to the next day. The games finally began an hour back. Niklesh Jain reports from Chennai.

The 9th Chennai Open has completed three rounds of play and yesterday, on 20th January, the entire capital came to a standstill. The state of Tamil Nadu is vehemently opposing the Supreme Court's ban on the ethnic sport of Jallikattu on grounds of animal cruelty. Walking along the lines, the organizers decided to postpone the fourth round by a day and it began a while back.

Let us have a look at the first few rounds' play. 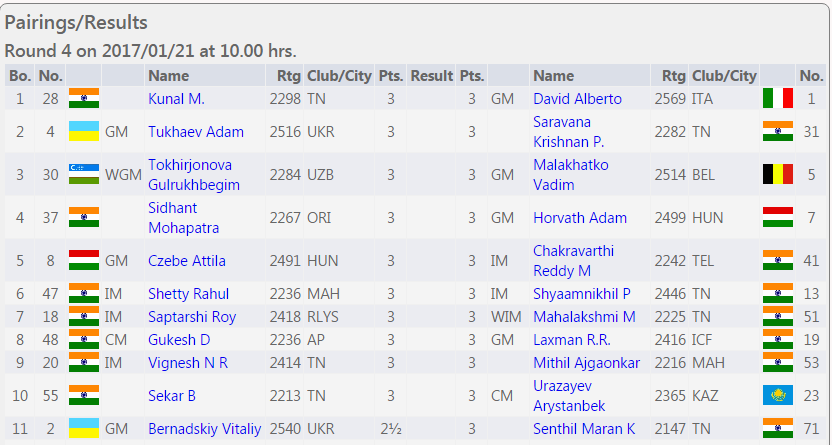 As of now, both the top seeds are leading with a full score, along with 19 others. A handful of higher seeds have already lost or settled for draws against lower rated players. Actually, this speaks volumes about the strength of the local talents in the tournament. Perhaps, this is why, in a city chock full of grandmasters, the highest seeded Indian is a Delhite on a college vacation in India. 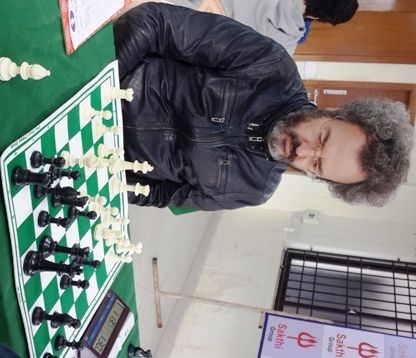 Top seed GM David Alberto (2569) is a regular visitor to India. He wryly commented that he visits India with the plan to lose some rating points so he can gain in the long term. His previous visit to India in 2016 made him the Italian Champion the same year! 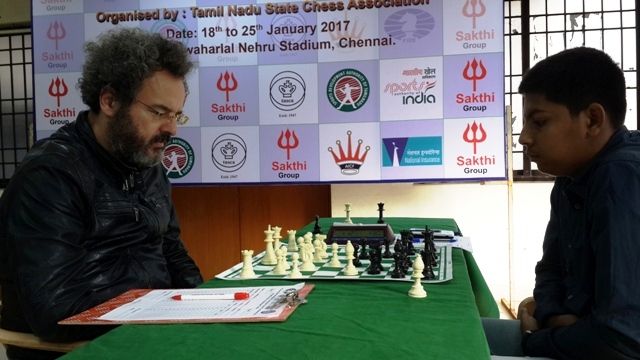 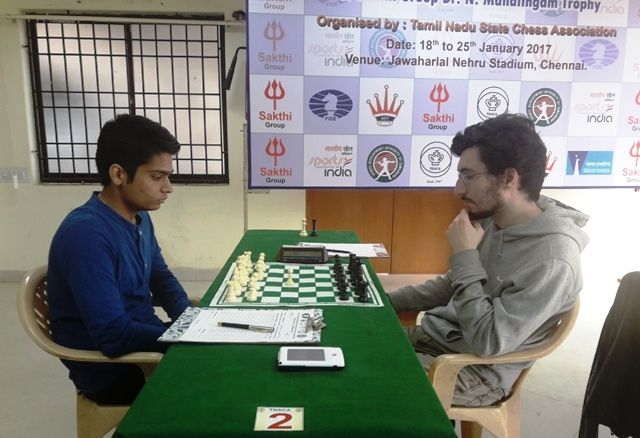 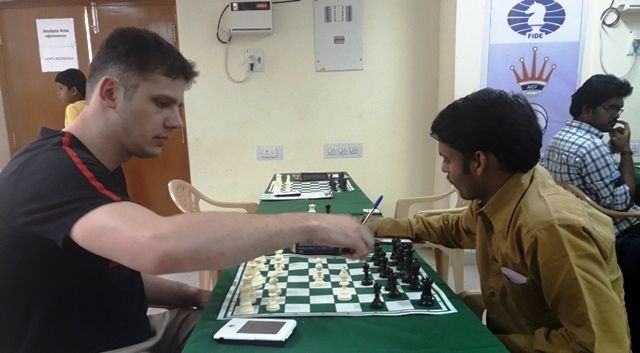 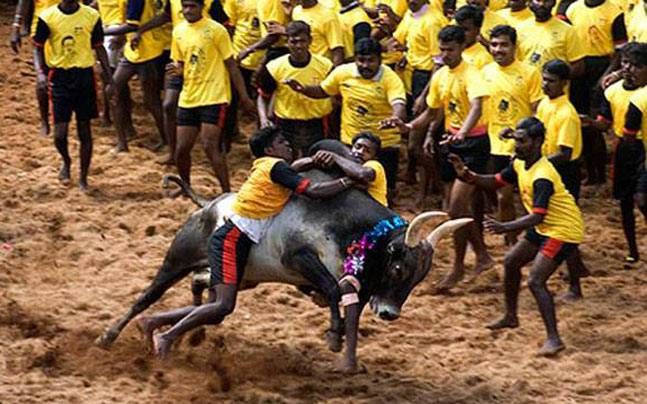 Tamil Nadu is up in arms (well, not literally, but sort of) to fight against the Supreme Court decision to ban Jallikattu on the grounds of animal cruelty. Thousands of Chennaites gathered at the Marina Beach canvassing for the revocation of the Supreme court's decision.

Wikipedia: Jallikattu (or Sallikkattu), also known as Eru thazhuvuthal and Manju virattu, is a traditional sport in which a Bos indicus bull, commonly of the Kangayam breed,[2] is released into a crowd of people. Multiple human participants attempt to grab the large hump of the bull with both arms and hang on to it while the bull attempts to escape. Participants hold the hump for as long as possible, attempting to bring the bull to a stop. In some cases, participants must ride long enough to remove flags on the bull's horns.

Jallikattu is typically practiced in the Indian state of Tamil Nadu as a part of Pongal celebrations on Mattu Pongal day.

Why was Jallikattu banned?

Wikipedia: An investigation by the Animal Welfare Board of India concluded that, "jallikattu is inherently cruel to animals".

Animal welfare organizations, the Federation of Indian Animal Protection Organisations(FIAPO) and PETA India have protested against the practice since 2004.

Protestors claim that Jallikattu is promoted as bull taming, but it exploits the bulls' natural nervousness as prey animals by deliberately placing them in a terrifying situation in which they are forced to run away from those they perceive as predators and the practice effectively involve catching a terrified animal. Along with human injuries and fatalities, sometimes bulls themselves sustain injuries which people believe as a bad omen for the village.

Other animal welfare concerns surround the handling before the bulls are released. Practices include prodding the bull with sharp sticks or scythes, and extreme bending and biting of the bull's tail. 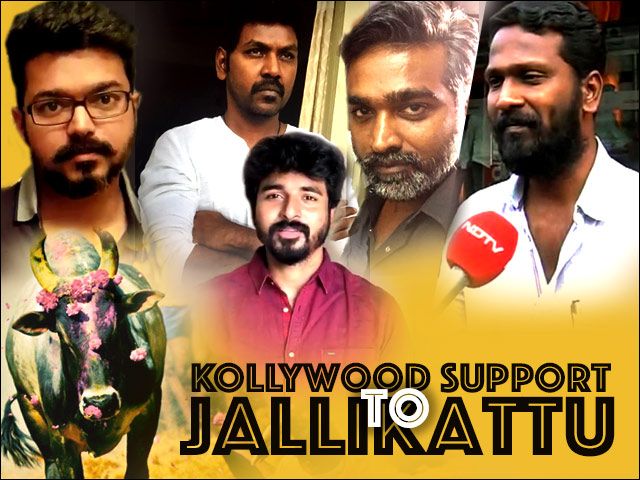 Kollywood has come out in support of Jallikattu 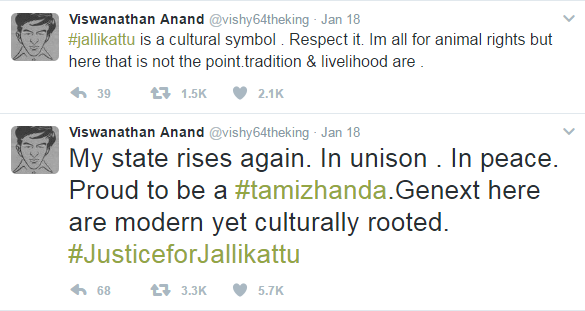 Viswanathan Anand also came out in support of the Jallikattu movement

A 12-hour shutdown of Chennai city was in force

Priyadarshan Banjan contributed to this report.