The Indian chess capital hosts its eighth International Grandmaster tournament. This tourney began a day after the one in Delhi finished and one needn't wait long to witness some exciting results! The event is producing upsets since the very first round. Of course, what else can you expect from a grandmaster tourney in Chennai anyway? An illustrated report of the India vs. Rest of the World clash from Chennai.

The city of Chennai, which was at the receiving end of the devastating floods recently, is still limping back to normalcy. However, things appear to be fine this month as the Indian chess capital hosts its eighth International Grandmaster tournament. This tourney began a day after the one in Delhi finished – on 18 January – and for players searching for their GM and IM norms, this was a wonderful opportunity to play two back-to-back tournaments of a very high caliber. For the foreign grandmasters, it was a chance to play in an interesting country during the winter.

The Chennai tournament does not have categories like in Delhi. It is a single Open tournament with a total prize fund of Rs. 11, 00,000, which is close to 15,000 Euros. 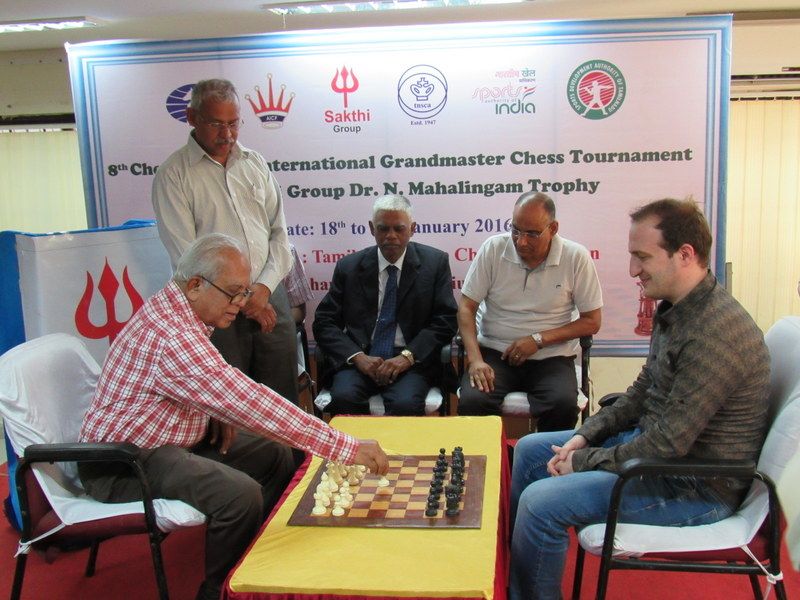 India's first International Master, the legendary Manual Aaron, who in his heydays has played both the experienced Bobby Fischer and the young Vishy Anand, makes the first move.

This is Chennai -- the cradle for many a talent that has shone at the international level making India proud. What would you expect if you let a bunch of hungry, ambitious, talented and, make note of this, extremely underrated Indian chess players loose in a field teeming with higher-rated titled players? Of course, you will witness upsets galore!

Anyway, due to a messup that occured for unclear reasons, a handful of foreign grandmasters arrived late to the playing arena, delaying the start of the games on many boards. Thier lower rated Indian opponents were made to wait for quite some time, and the Indians sportingly were willing to hold on. 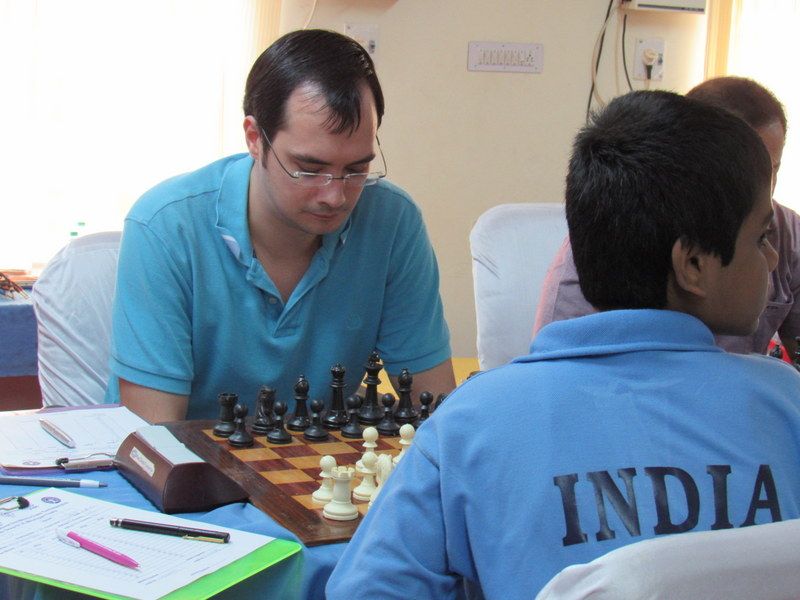 The second seed Ivan Popov (2650), winner of the 2016 Delhi Open won his first two games, but in the third round split the point with... 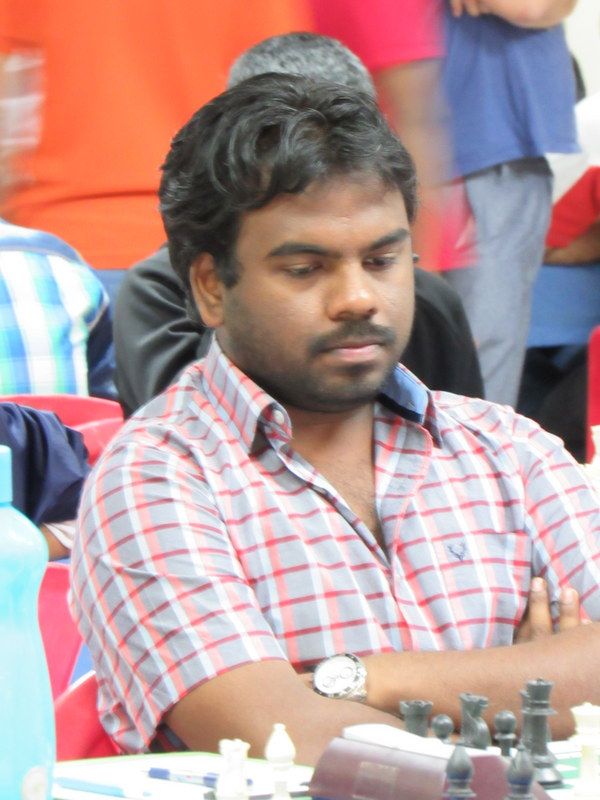 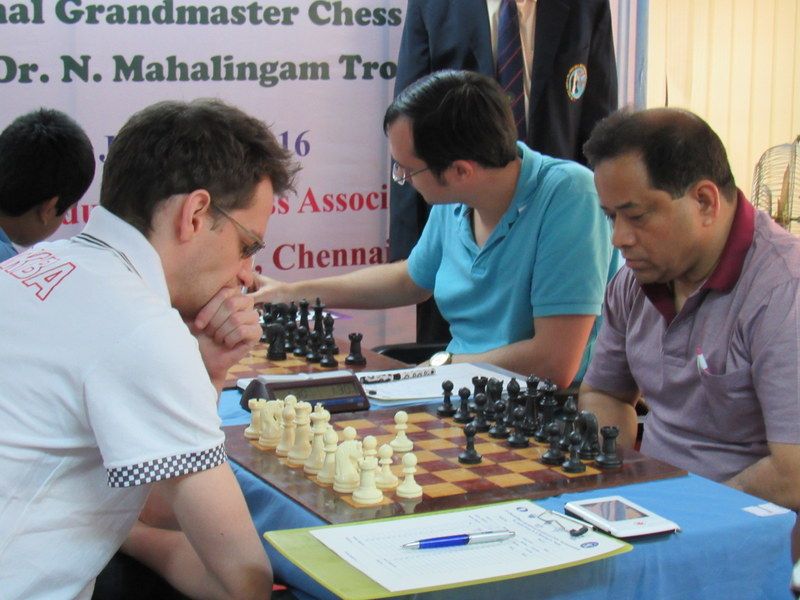 His compatriot, the top seed GM Boris Grachev (2652) won his first game, but in the second round he was held by... 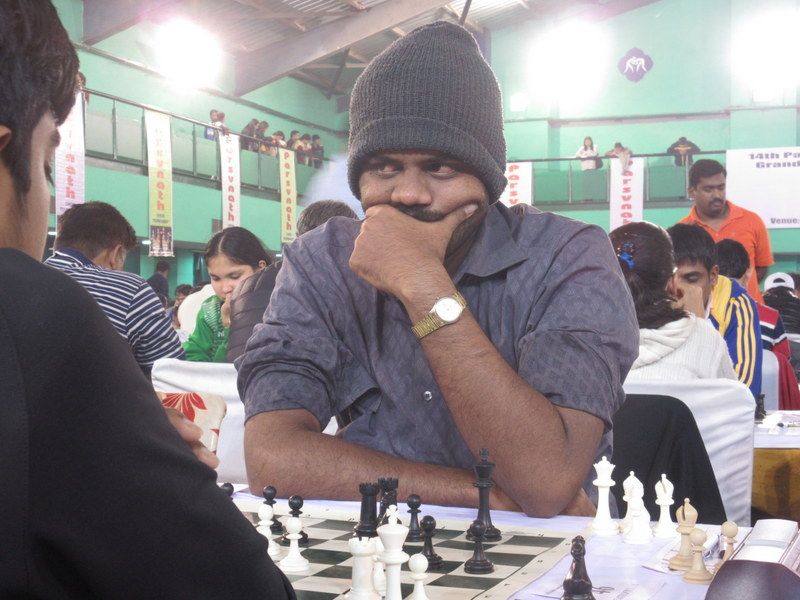 The very first round saw a line of higher rated players settling for draws with their much lower rated opponents. 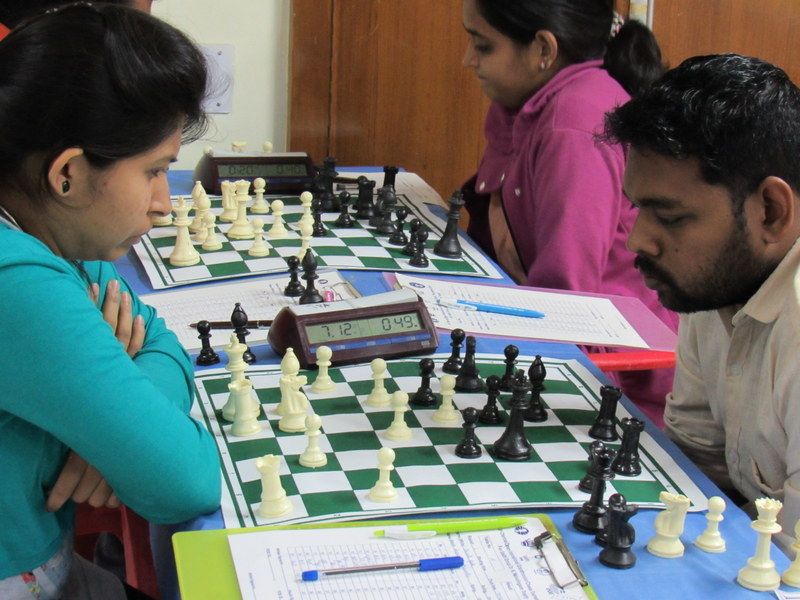 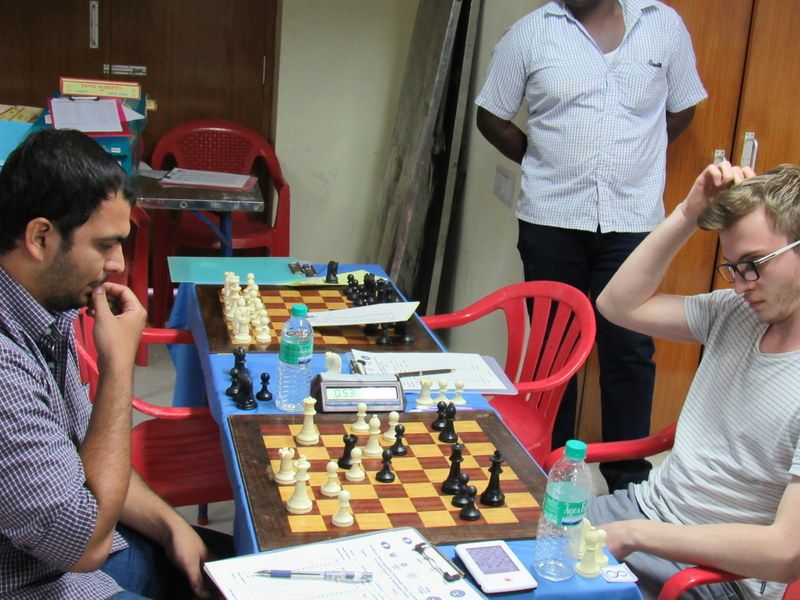 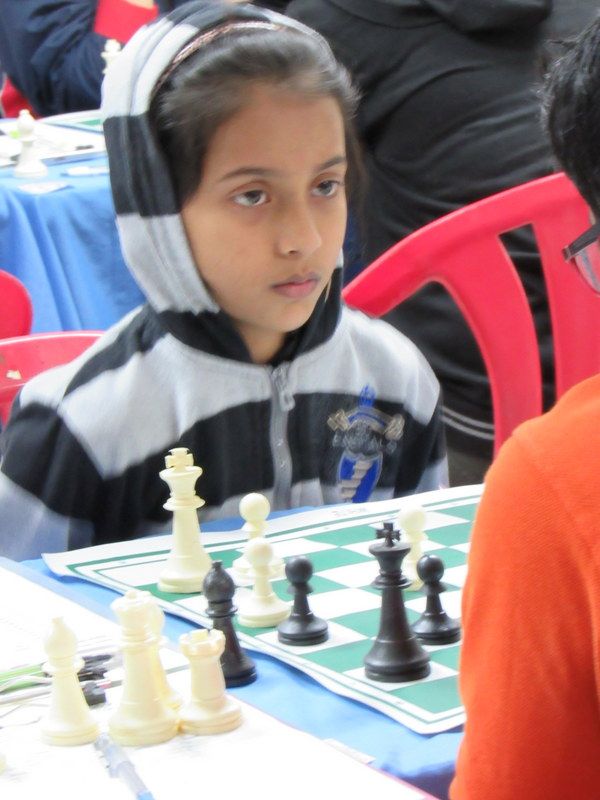 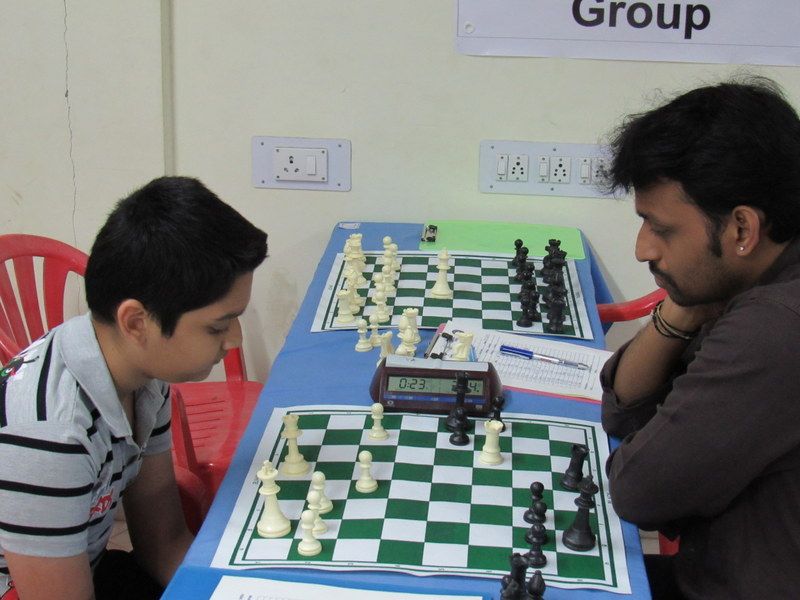 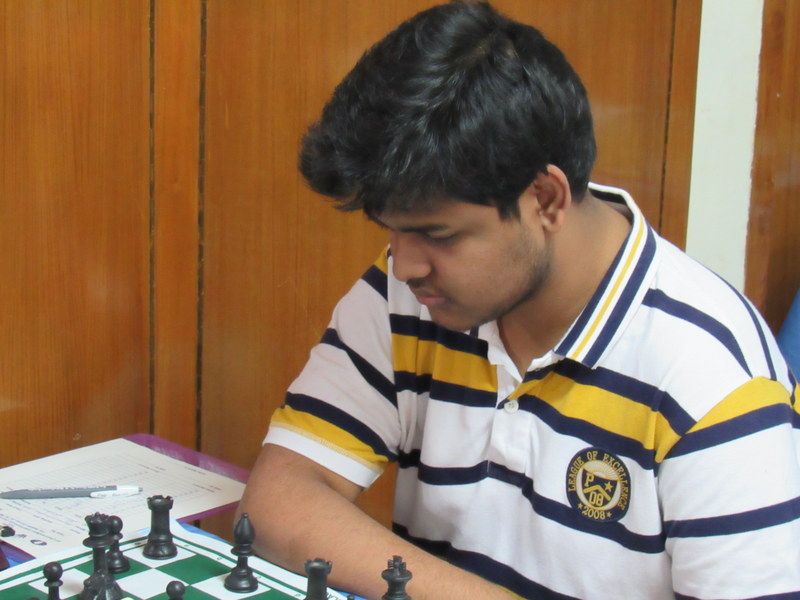 And there were more, many more upset draws in these three rounds. And not just draws, there were upset victories recorded as well, the most notable being... 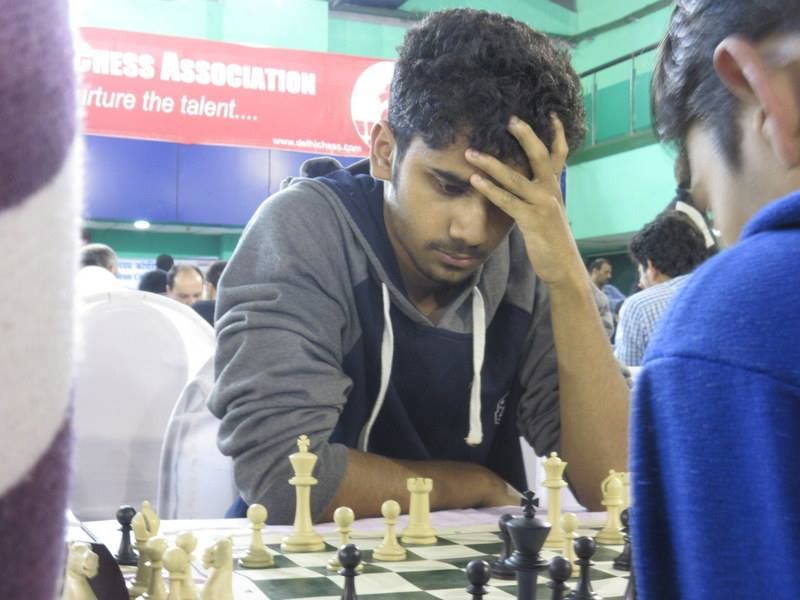 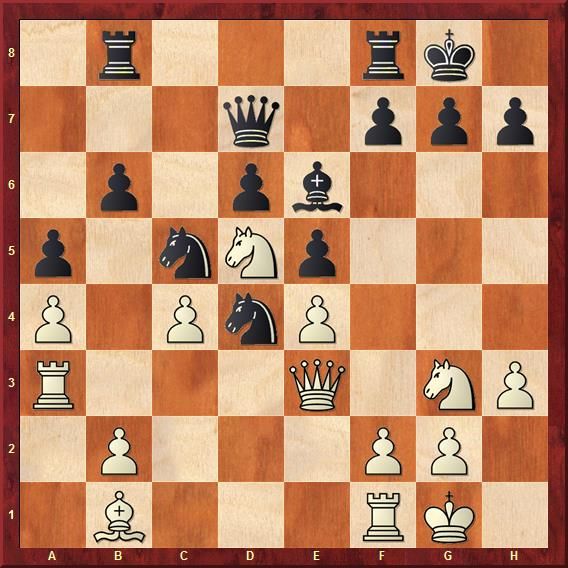 The 'Dravid' of Indian chess found a cute way to win against the grandmaster... [Comment your solutions in the new comments section below and compete!] 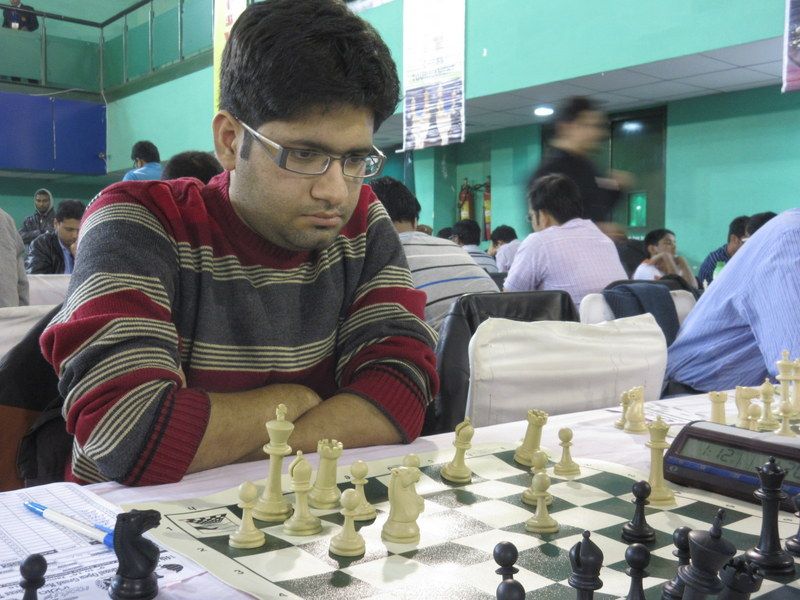 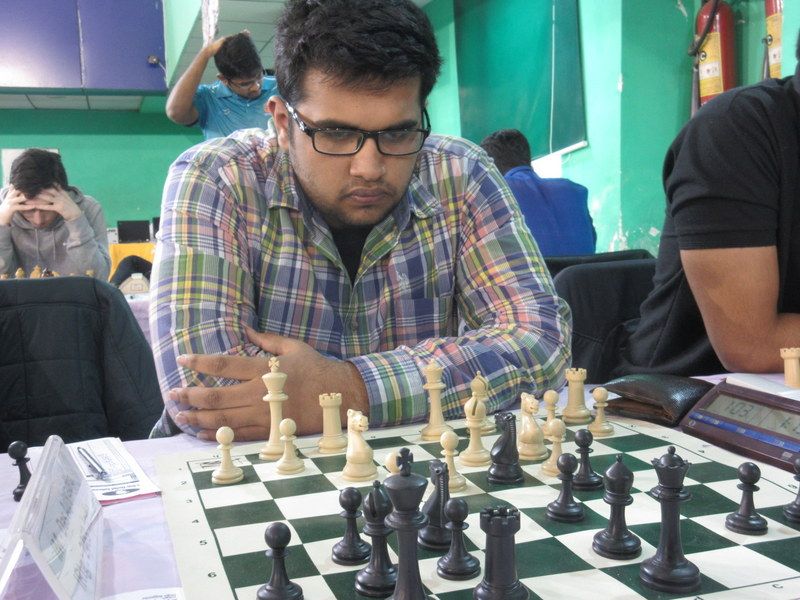 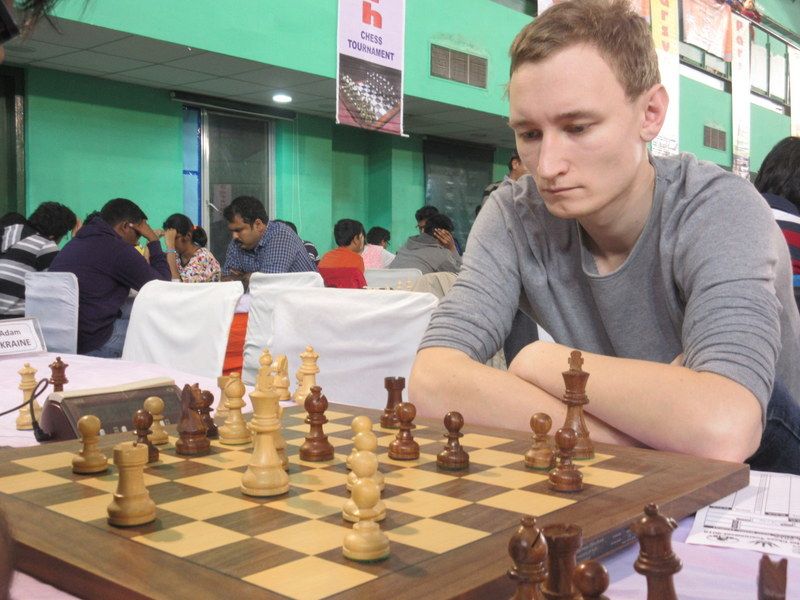 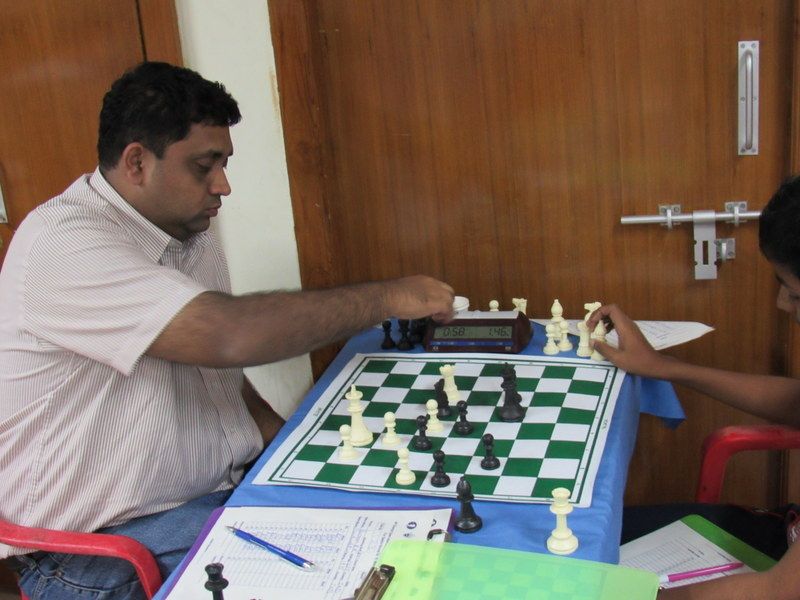 Tamil Nadu's GM R.R. Laxman (2435) is coming back strongly after a period of slump a year or so back and is among the leaders with 3.0/3.

A couple more choice tactics for you to solve: 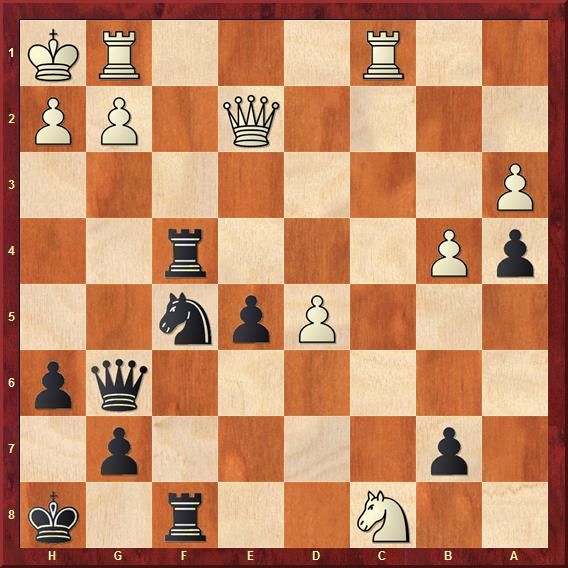 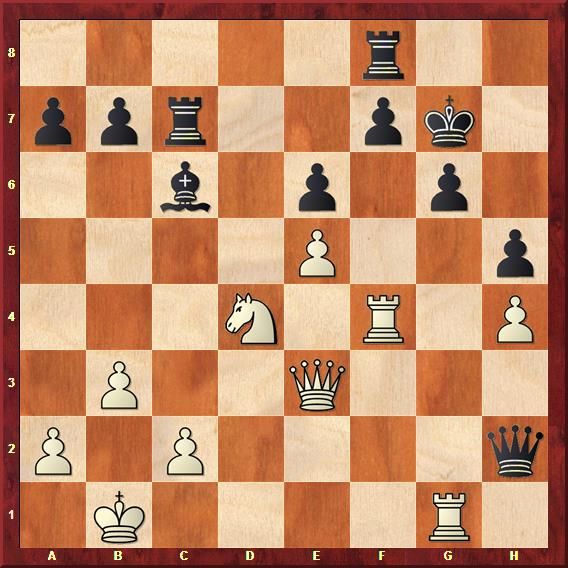 GM Yuri Solodovnichenko has sacrificed a pawn for open lines towards the black king. Now is his chance to tactically prove his hypothesis.

View the complete pairing for Round 04 here.

Complete results of Round 03.