After winning a roller coaster game in the final round at a below 1600 tournament, Nitin Pai went to the arbiter M.S. Gopakumar to share his excitement, but the chief arbiter had something even more interesting to tell. He had busted a cheat on the top board! An otherwise well organised event was marred by a cheating incident caught red handed by the vigilant arbiters of the Delhi Chess Association.

After winning a roller coaster game in the final round, I went to the arbiter M.S. Gopakumar to share the excitement, but then he had something even more interesting to tell! He had busted a cheat on the top board. "Didn't I tell you that I would catch any cheater who would come here? Got him very easily!" he exclaimed in Malayalam. 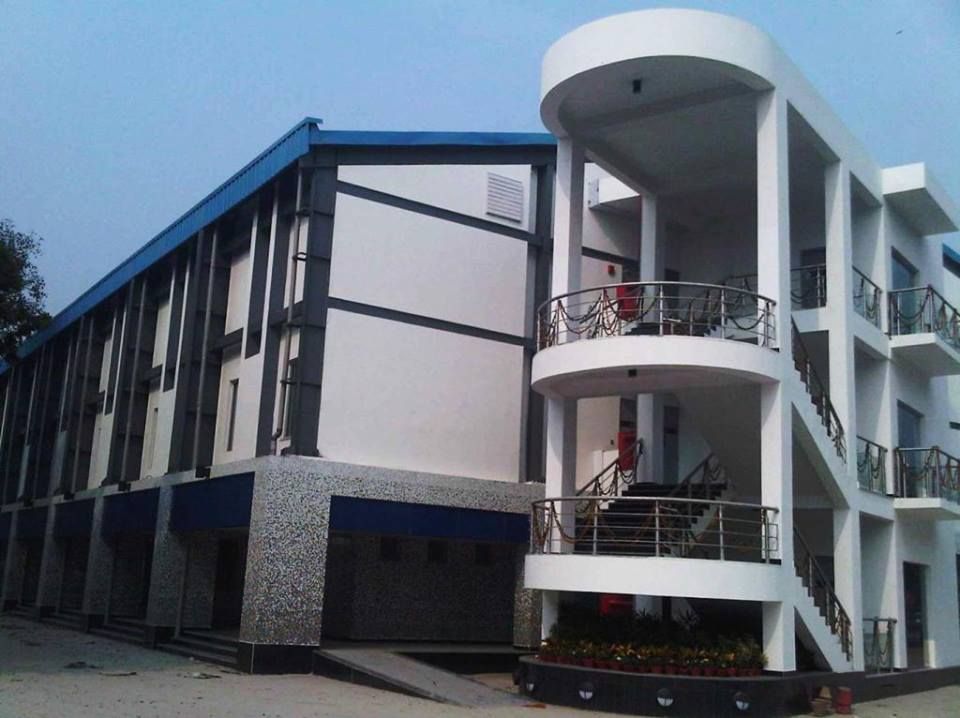 The venue: Ludlow Castle Sports Complex
The 1st DCA below 1600 FIDE rated chess tournament was held at the Ludlow Castle Sports Complex, Kashmere Gate, New Delhi, from 14-16 May 2016. With a prize fund of Rs. 10 lakhs, the event attracted more than 700 participants from all over India and some from Nepal as well.
Nitin catching up on practice during his vacations from the grind of IIT Madras.

I too, like many others, went with the hope of winning the 1st prize of Rs. 1.25 lakhs but more than that wanted to play some good chess. With a rating of 1569, I started as the 16th seed. I was a bit skeptical about playing in Delhi, especially in the below 1600 category, as my friends had warned me about the possibility of cheating, due to the highly attractive prize money.  The venue was very spacious and was the same as that of the Delhi GM open held earlier this year.

The chief arbiter for the event was IA Gopakumar M.S., a renowned arbiter. I spoke with Gopakumar before registering for the event and he assured me that he would do his best to catch cheaters and that all recommendations of the FIDE anti-cheating committee were in place.

The outstation players were lodged at various small to medium budget hotels at Paharganj, near the New Delhi railway station. We ourselves stayed at Hotel KC Plaza, where the tournament officials were also staying.  The venue was easily commutable from the nearest metro station. Connaught place was only walking distance from here. The weather in Delhi was not as hot as we expected, or maybe we couldn't feel it as we were indoors during the tournament. However, we experienced drizzles too on few a occasions.

The organisers were very punctual and the first round started exactly as per schedule. The venue had a very good capacity with resting room for players and parents below the playing hall. However, even with such good facilities, such a large turnout meant the resting room was extremely crowded with not enough room for everyone. Even during games, players had to queue up on few occasions to use the restrooms.

Shrang Rajendra of Uttar Pradesh, with an elo of 1527, was playing on 7.5/8 on the first board. The only draw in one of the earlier rounds was just a safety measure and it looked like only one player would reach 8.5 points in the final round. He had completely destroyed his opponents in the other rounds and similarly won very quickly in the final round as well. Little did we know that he would still fail to win the tournament. One of the arbiters later told me that being chess players themselves, they could easily identify engine moves and that of a below 1600 player and had their doubts on this person's moves. After the last round, the accused was taken to the arbiters' room and checked thoroughly. What exactly was found was unknown to us, however, the chief arbiter immediately declared the game in the favour of the other player from Andhra Pradesh and the cheater was disqualified and not given any prize money. Apparently, there was no formal complaint or allegation from any of his opponents and the arbiters worked on their personal doubts.

The Andhra player Y. Suman moved on to 8.5 points and won the championship.

He was in some sense lucky that he had got a walkover in the 7th round also, on board number 6! When we look at it with hindsight, he actually had to play only seven rounds and score 6.5 points as the other two points came free.

Shrang Rajendra was rated 1471 in the April list and played two tournaments to gain 56 points to reach 1527. He did not play any extraordinary chess in those two events and there were quite a few  losses against 1600 and 1700 players and few draws and wins that enabled him to increase his rating. Later in the metro station, I was hanging out with a gang of players from Kerala. We spotted Shrang and approached him to ask what had actually happened. We asked him if he was being framed and was innocent. He did not say anything and it was two of his friends who spoke for him. They told us that he wasn't in a state of mind to talk to us and hadn't told them anything. They claimed that he did not know what was going on and was indeed innocent. For some time, I really started wondering: what if he really was innocent? What if the arbiters did not have concrete evidence and were just speculating. What if something like this happens to me — that I win a tournament fair and square by playing good chess but later denied prize money due to allegations and even banned? But then my friends told me that he wasn't innocent and it was clearly visible from his body language that he was guilty.

Later on, the Delhi Chess Association informed ChessBase India that before the start of the tournament, Mr. AK Verma, secretary of the Delhi Chess Association, and chief arbiter MS Gopakumar had briefed the arbiters and volunteers to keep a vigilant eye for any suspicious activities during the tournament. Consequently, all the top boards were on the close watch, but without giving any suspicion to anyone. The surveillance included toilet breaks of players playing on the higher boards.

By the time the final round came by, Shrang Rajendra, who was on 7.5/8, and playing his final round game on the top board, had attracted the special interest of the organisers. Deputy chief arbiter Biju Raj S. was asked to keep a close watch. Mr. Verma and Mr. Gopakumar stood nearby the to look after the things. Shrang was pitted against Y. Suman of Andhra Pradesh with black pieces and he eventually won the game. The arbiters decided to frisk the players immediately after they finished. 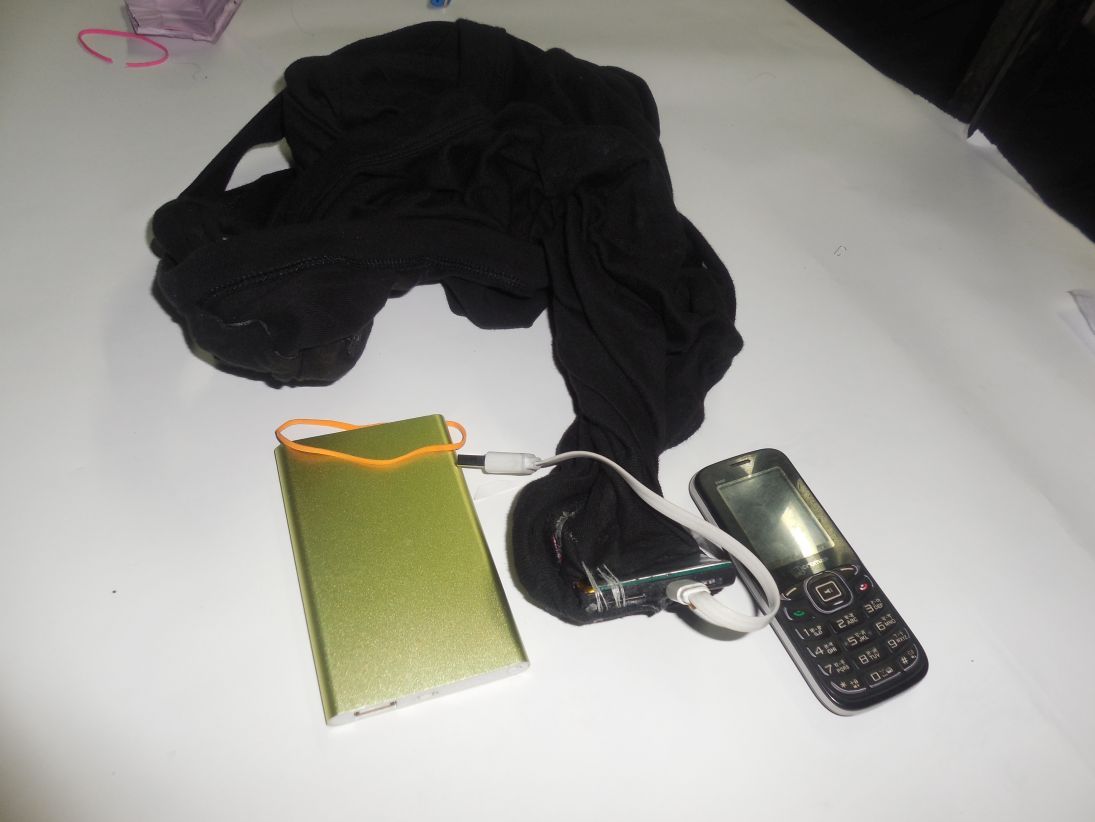 While frisking we found that a small mobile was in Mr. Rajendra’s pocket and a hidden spy device and a power bank was stitched to a special inner wear inside his trouser and micro earpiece hidden inside his right ear. 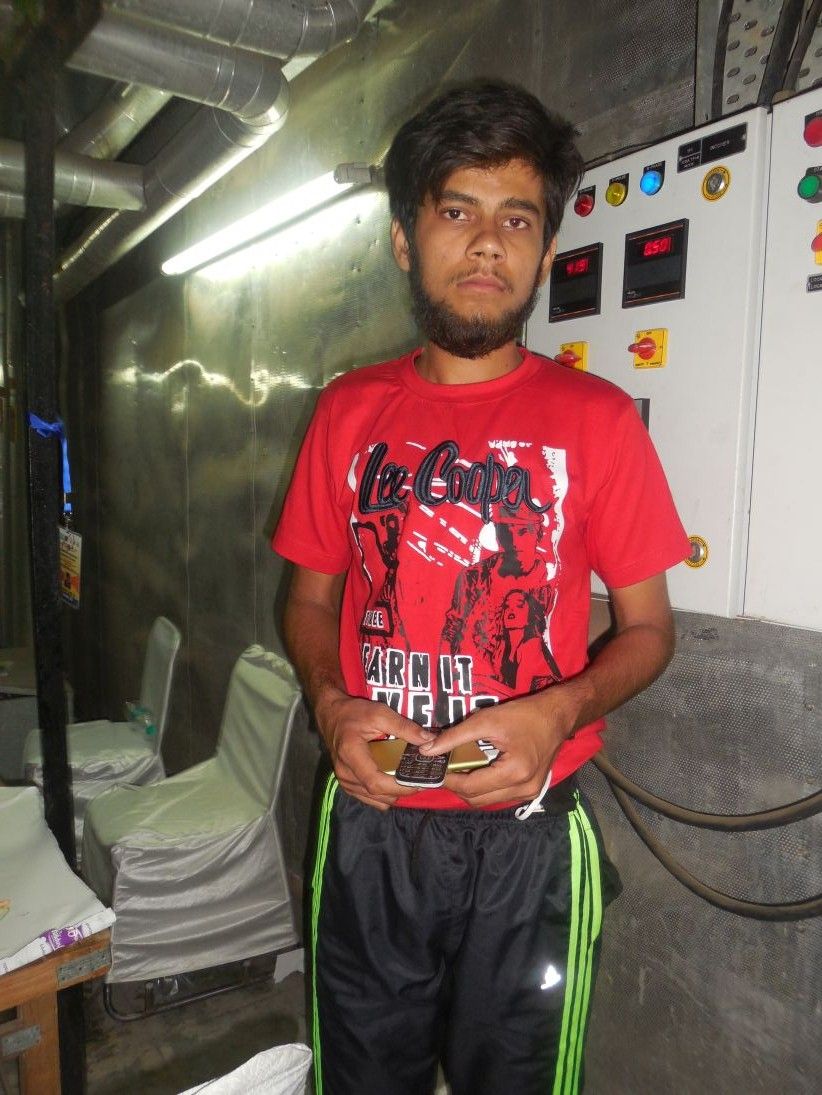 On quizzing Mr. Rajendra admitted that he used the communication device to get assistance from an accomplice and given written statement to this effect.

In his statement, he explained that the phone call would be through for the duration of the entire game and immediately after his opponent made a move he would press any button of the mobile which will indicate the move is made on board and his accomplice would tell all the possible moves available for his opponent. After hearing the correct move announced by the accomplice that was played by his opponent, Shrang would a press a button again to acknowledge the same and the accomplice would communicate the best move possible for him with the help of a chess engine. The DCA team then confiscated all the material evidence and the same has forwarded to All India Chess Federation along with a report for further necessary action with FIDE.

One has to wonder how easy it is to cheat in these tournaments. On every stroll I took to the restroom during my games, I could see scores of people discussing and analyzing games on smartphones, right outside the tournament hall. One can't be sure what precisely is going on. But we have to congratulate the arbiter MS Gopakumar and his team for catching the culprit this time and hope that FIDE would give the strictest possible punishment which may send out a warning to all potential cheaters.

Overall, the event was a grand success. But one has to feel bad for those players who lost a point against Shrang. Nothing can be done for them. Some of them were asking the arbiter for some sort of incentive in the end but to no avail. All he could do was to report the incident to FIDE.

Nitin Pai is a twenty-year-old undergraduate student in Electrical Engineering at IIT-Madras. He is a passionate chess player with an eloquent voice and has contributed his feedback and photos for ChessBase in the past. When he is not studying or surfing the internet for crazy science stuff, or working on his projects, you may find him hunched over a chessboard, trying not to blunder.