12 Indians are playing at the Cappelle La Grande tournament in France. We have some of the top guys like Sasikiran, Abhijeet Gupta, Lalith Babu who are all on 4.0/5 and also fiery talents like 11-year-old Nihal Sarin who beat his first grandmaster of his chess career! With four rounds to go the tournament is very interestingly poised and we can look forward to a strong Indian finish.

The Cappelle La Grande International tournament is being held from the 13th to the 20th of February in the northern region of France. This tournament holds special importance to Indian fans as 12 of our players have made their way to play in this famous open event. 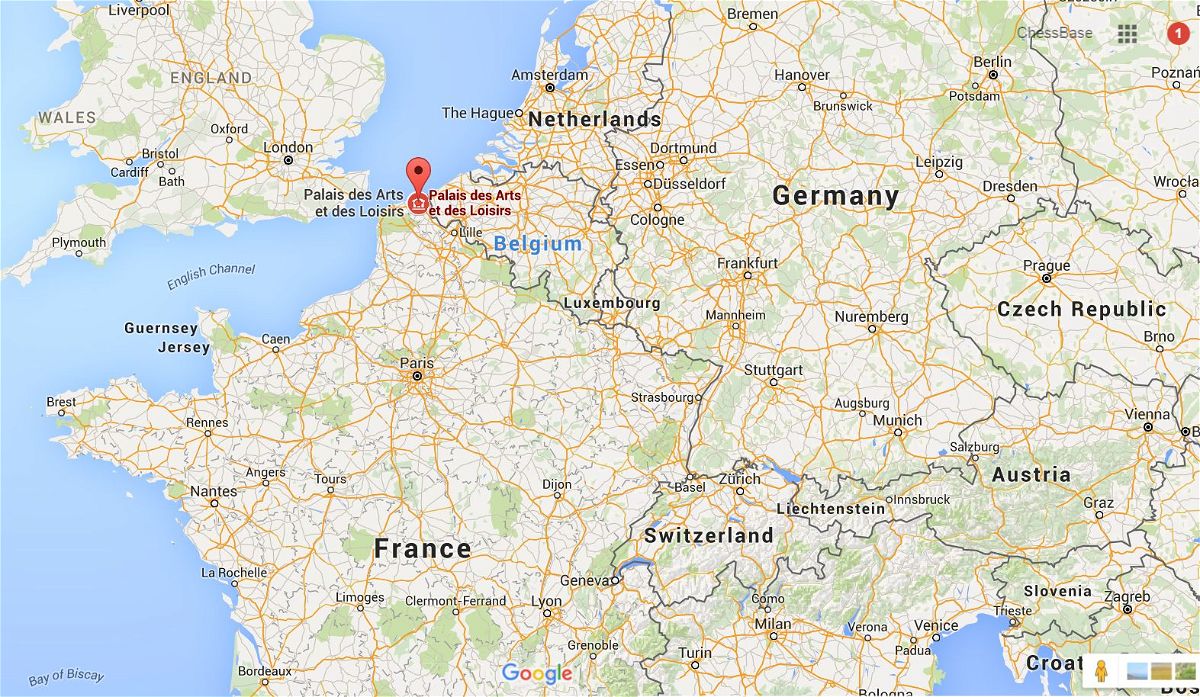 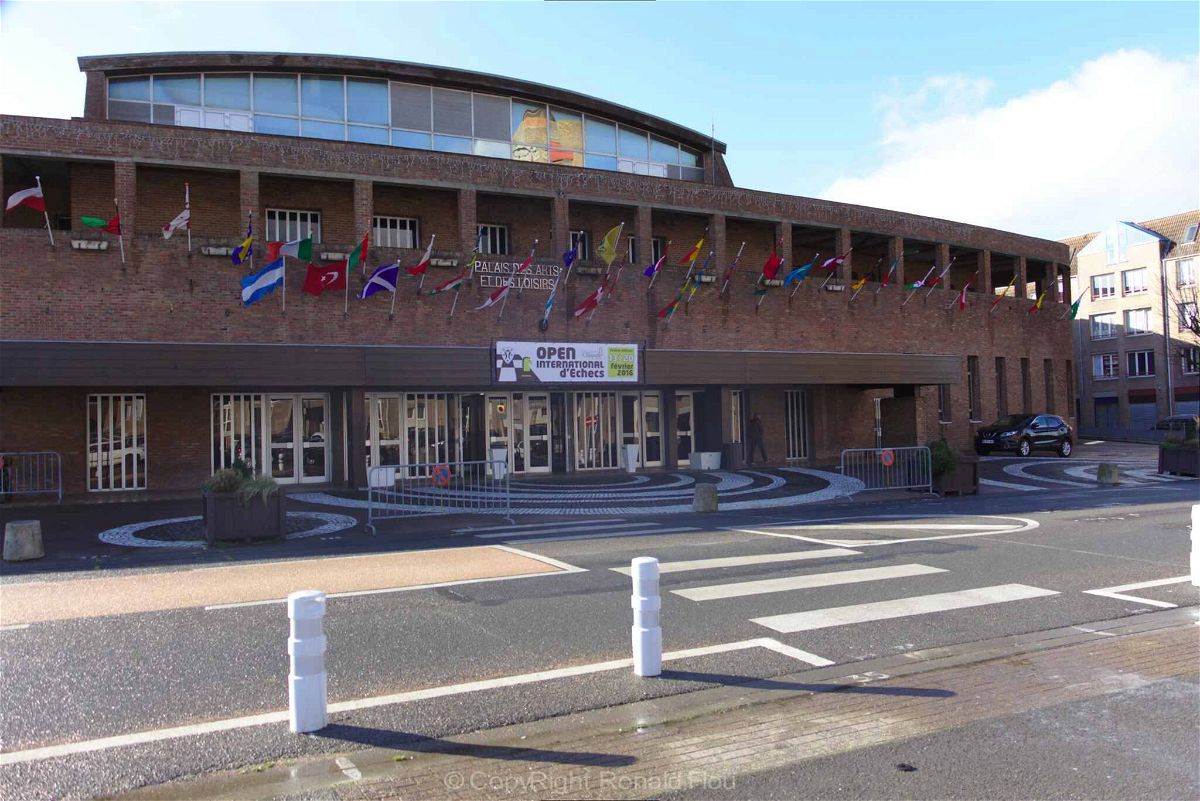 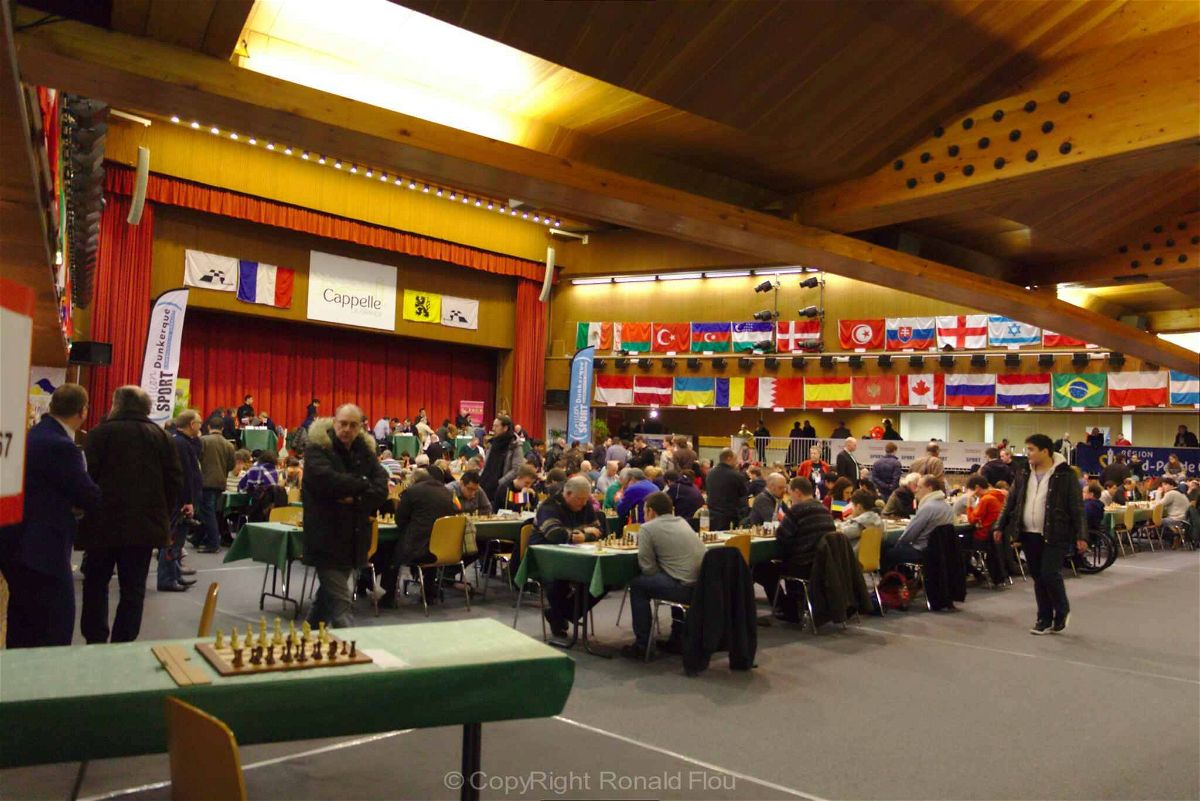 The huge and spacious playing hall
The tournament is extremely strong with the participation of more than 50 grandmasters. And can you guess the number of entries? A whopping 537 players! Right from a 2667 World Championship finalist at the top to a 1009 rated guy! Even though there are so many players in the event

The top ten seeds of the tournament 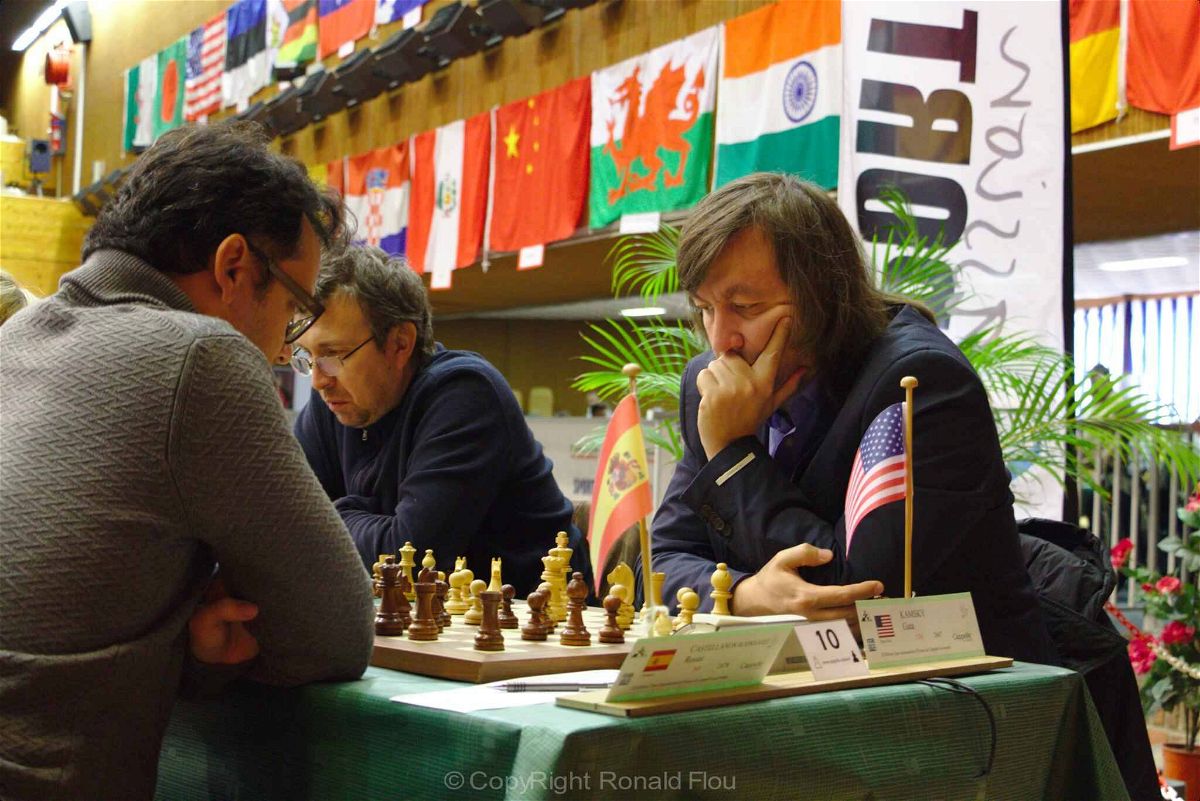 GM Gata Kamsky is the top seed of the tournament 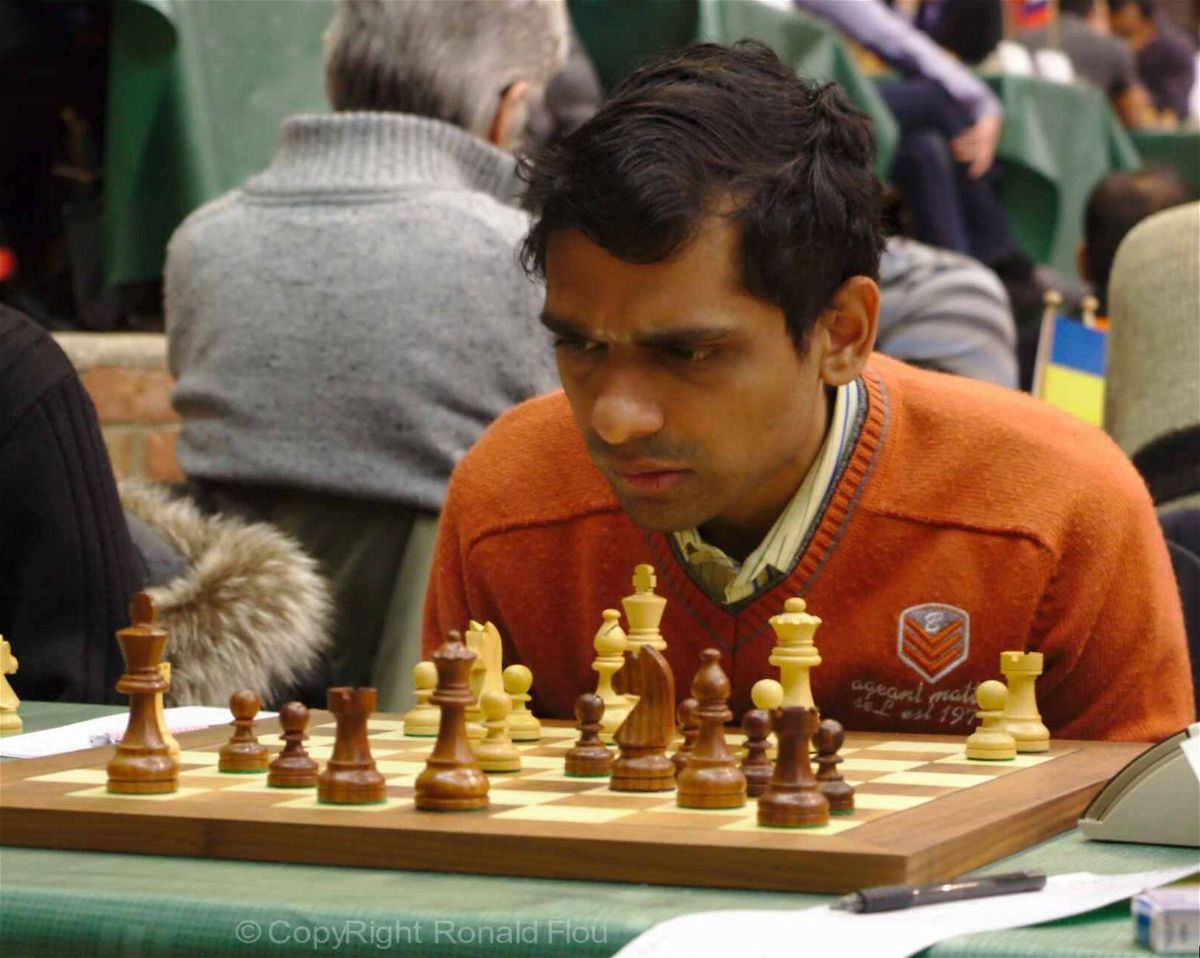 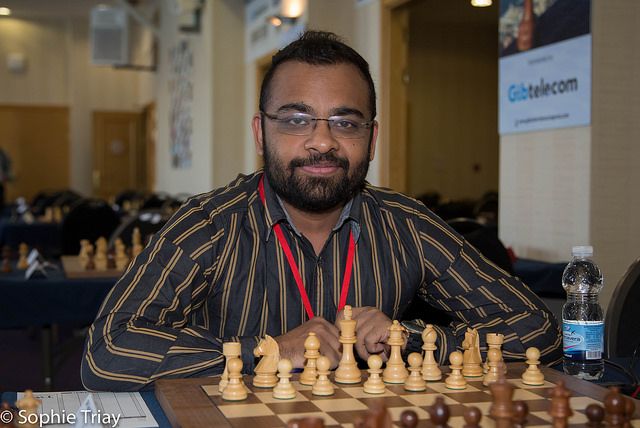 GM Abhijeet Gupta is currently on 4.0/5. His live game showed that he lost his first round to FM Michael Song, however the tournament results give a full point to Abhijeet. Things are not so clear as to what happened here, but as of now we are happy that Abhijeet is on 4.0/5 and well on course for a strong finish. 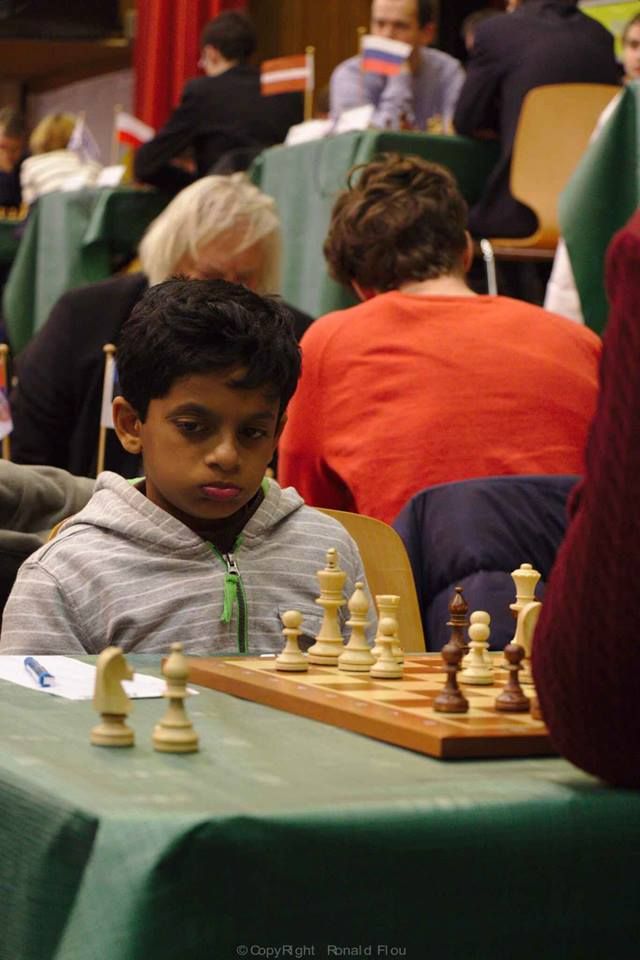 One of the most exciting players to follow is the 11-year-old Nihal Sarin
The talented kid from Kerala created a flutter when he defeated GM Jean-Luc Chabanon in the first round. This was the first GM scalp for Nihal in his chess career. He has followed up on this performance with a win over IM Kevin Terrieux and a draw against GM Kevin Spraggett. As of now he is on 3.5/5. We can expect Nihal to come back with an IM norm from here and who knows if he beats another GM or two a GM norm might well be on cards.
Gregory Cleton who is rated around 1600 saw him in action and wrote on facebook: "I saw Nihal today at Cappelle la Grande in France, he won his game against a french man rated 2440 elo. He is amazing!!!" 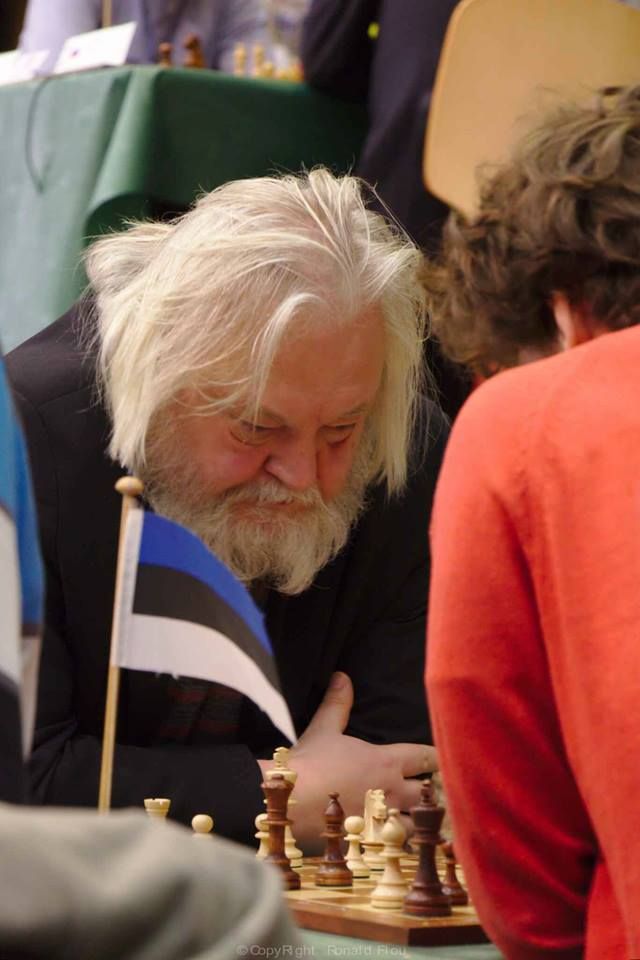 The legendary Arthur Yusupov is also playing at the event 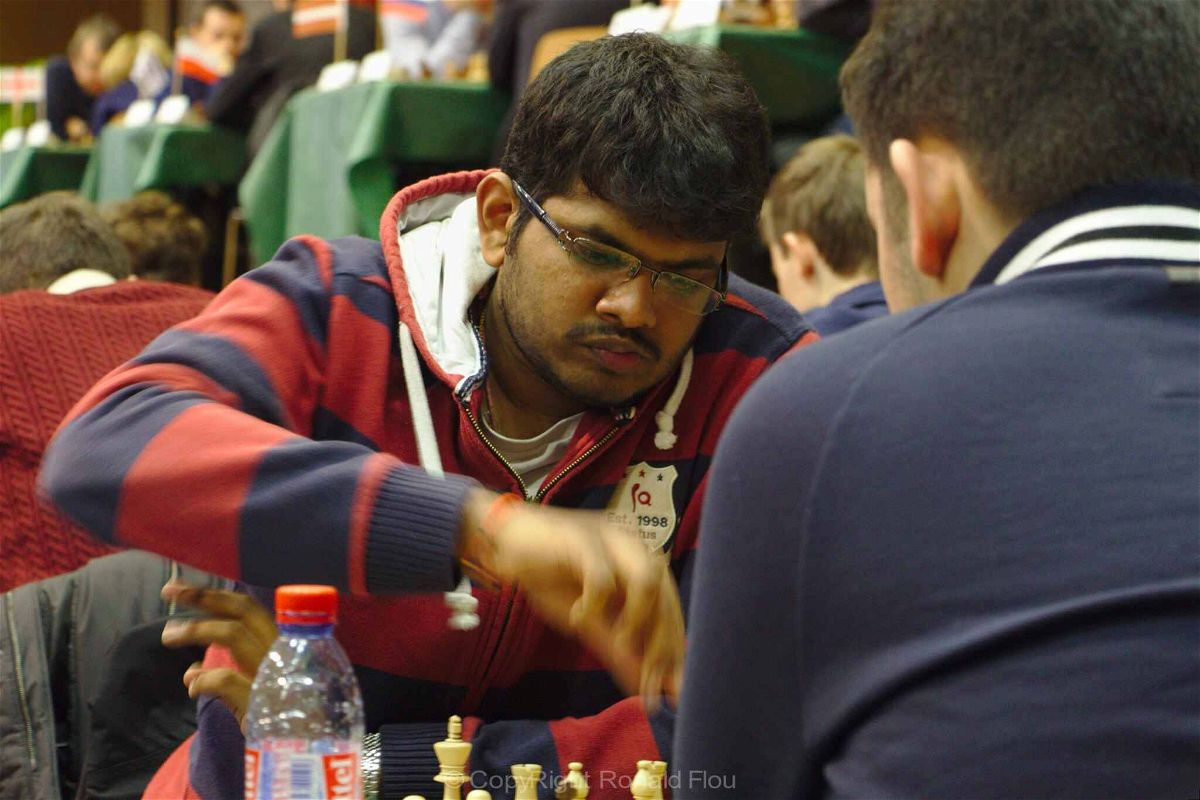 With two draws and three wins Lalith Babu is on 4.0/5 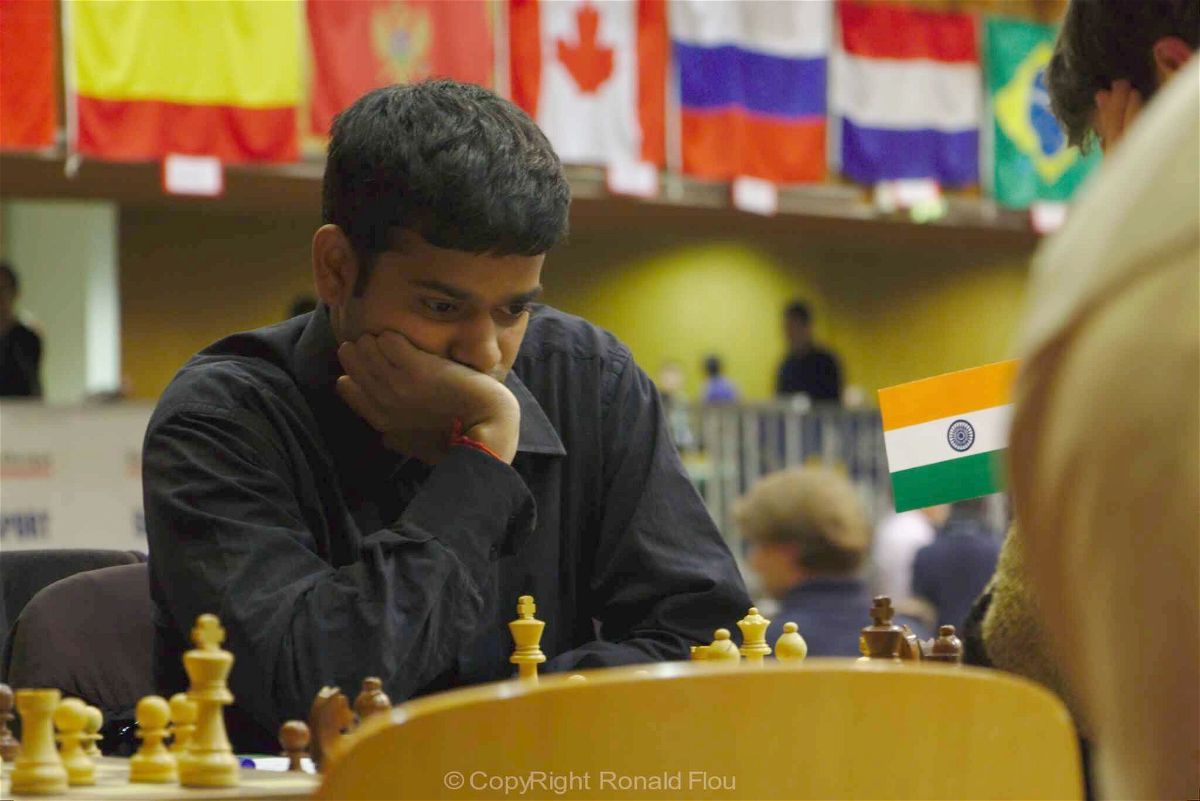 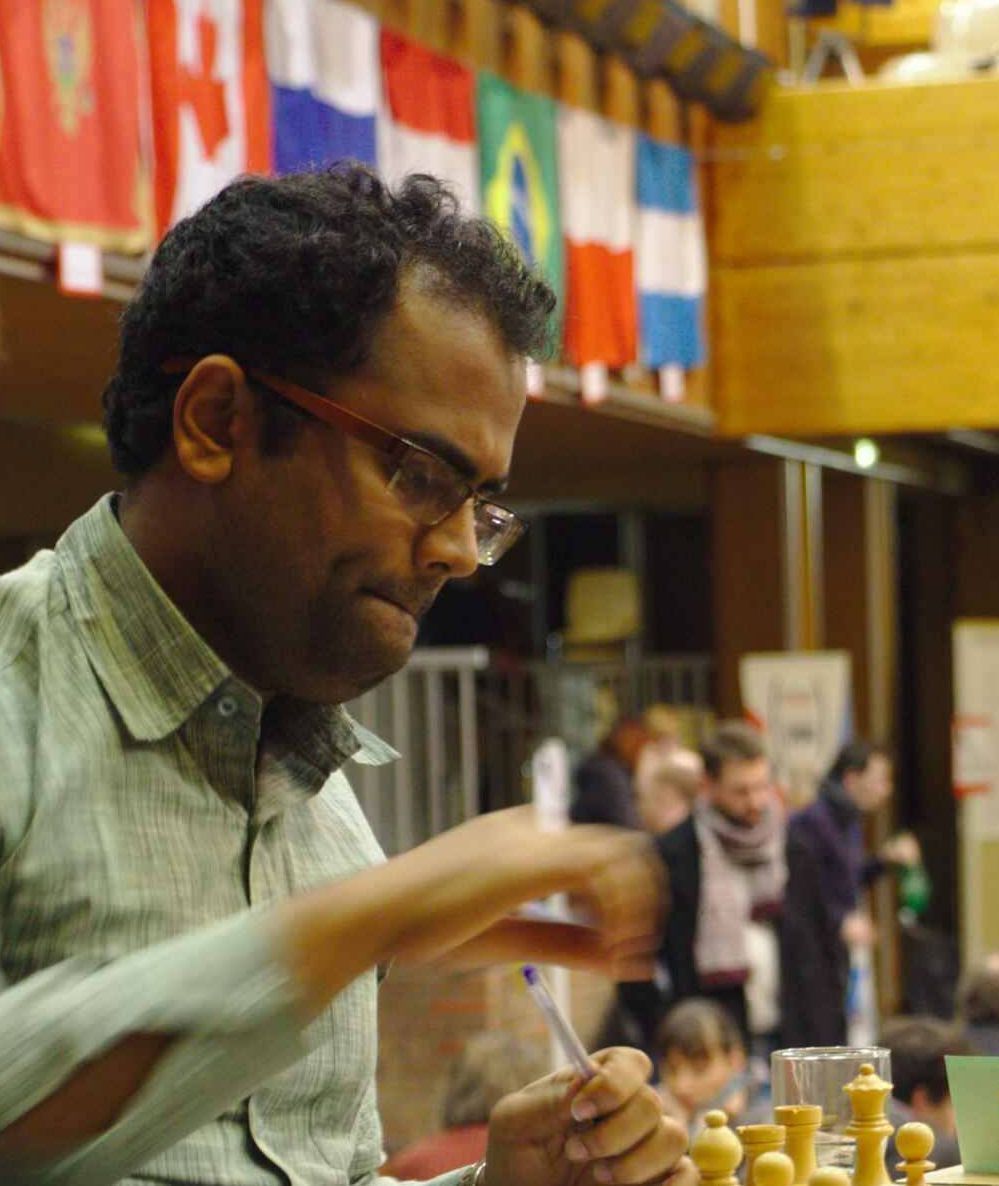 G.N. Gopal beat the 2600+ GM Eduardo Iturrizaga, but lost to the top seed Gata Kamsky and is currently on 3.5/5 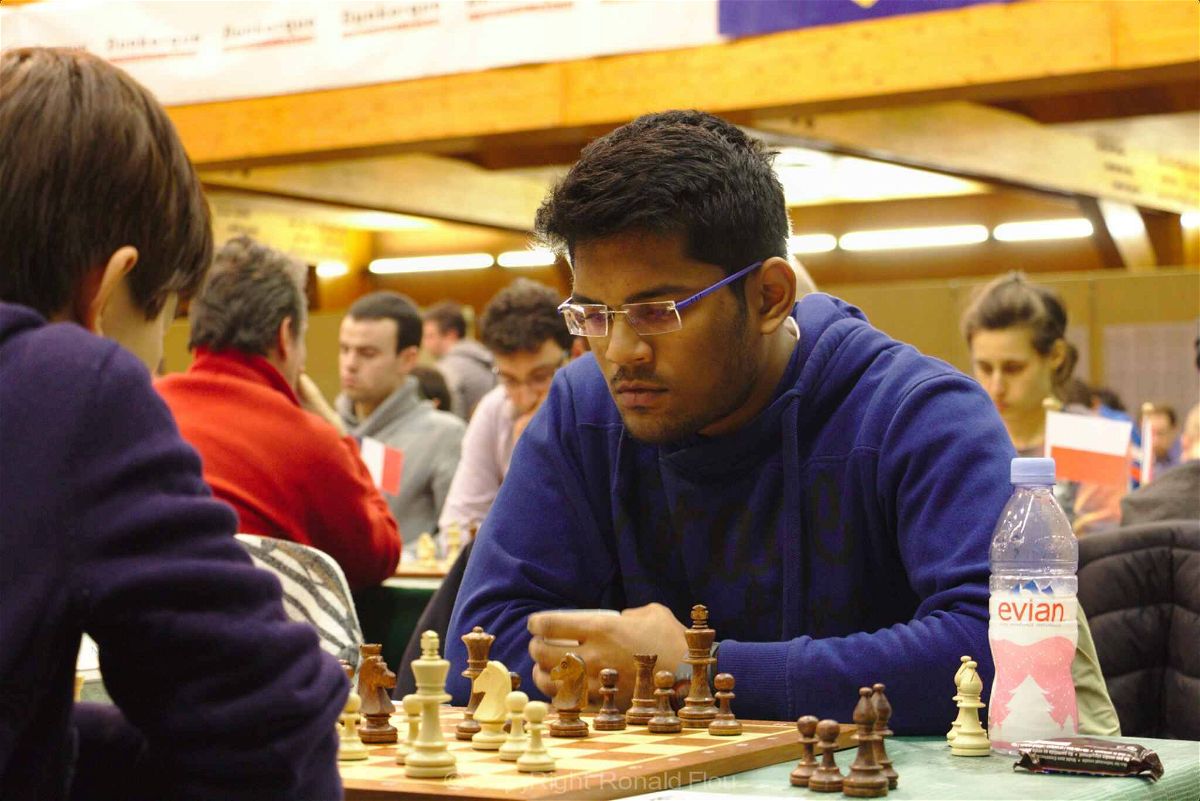 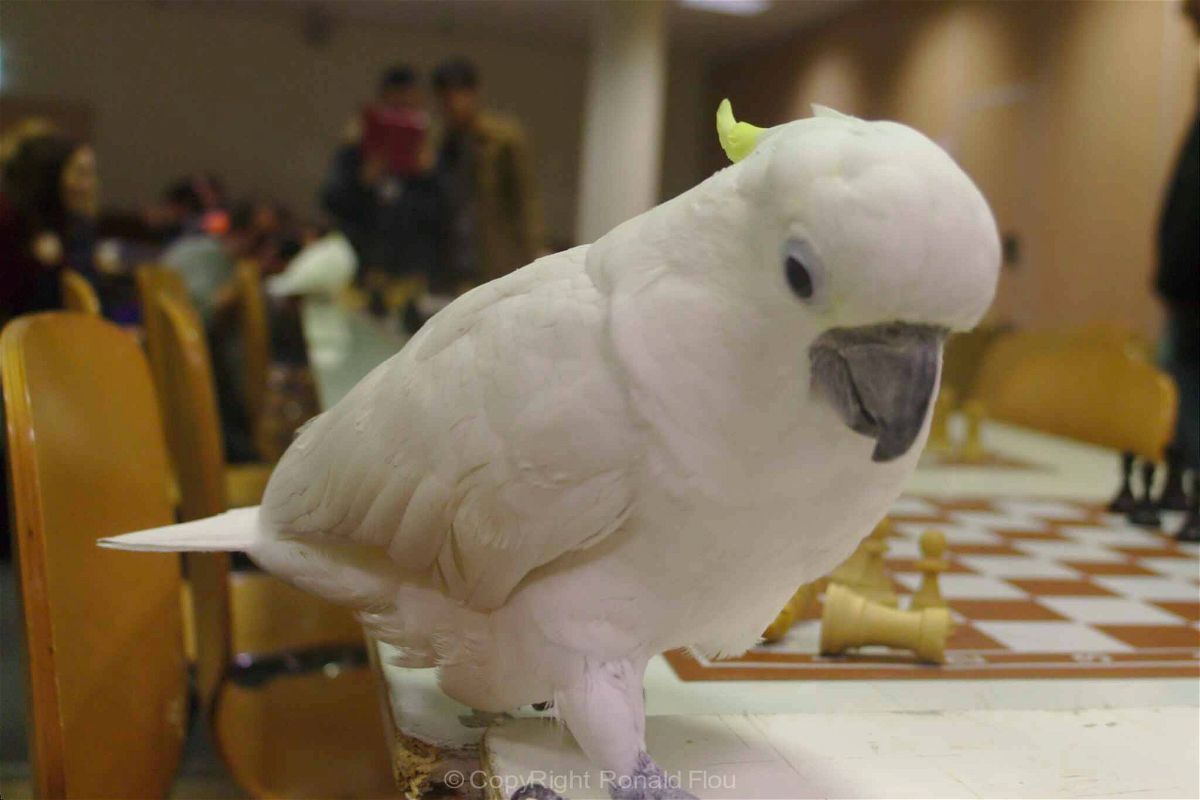 Not all the participants in the playing hall are humans. We have some exotic birds... 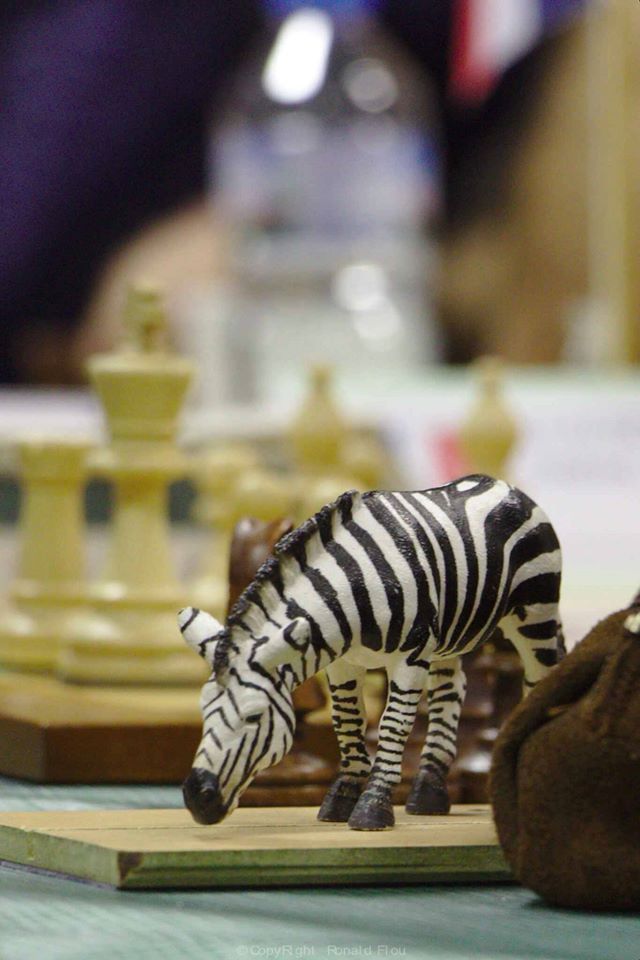 ...and some animals that perfectly resemble the game of chess!

Pairings of Round six

With last four rounds to go and four Indians - Sasikiran, Abhijeet Gupta, Lalith Babu and Vishnu Prasanna, on 4.0/5 we can expect a strong finish by at least one of them. Also we should keep a tab on the prodigious Nihal Sarin who has a great chance of making his maiden IM/GM norm.
You can watch the live games here.The games are being shown with a delay of 15 minutes. Games begin at 7.30 p.m IST.
Official website
About the photographer 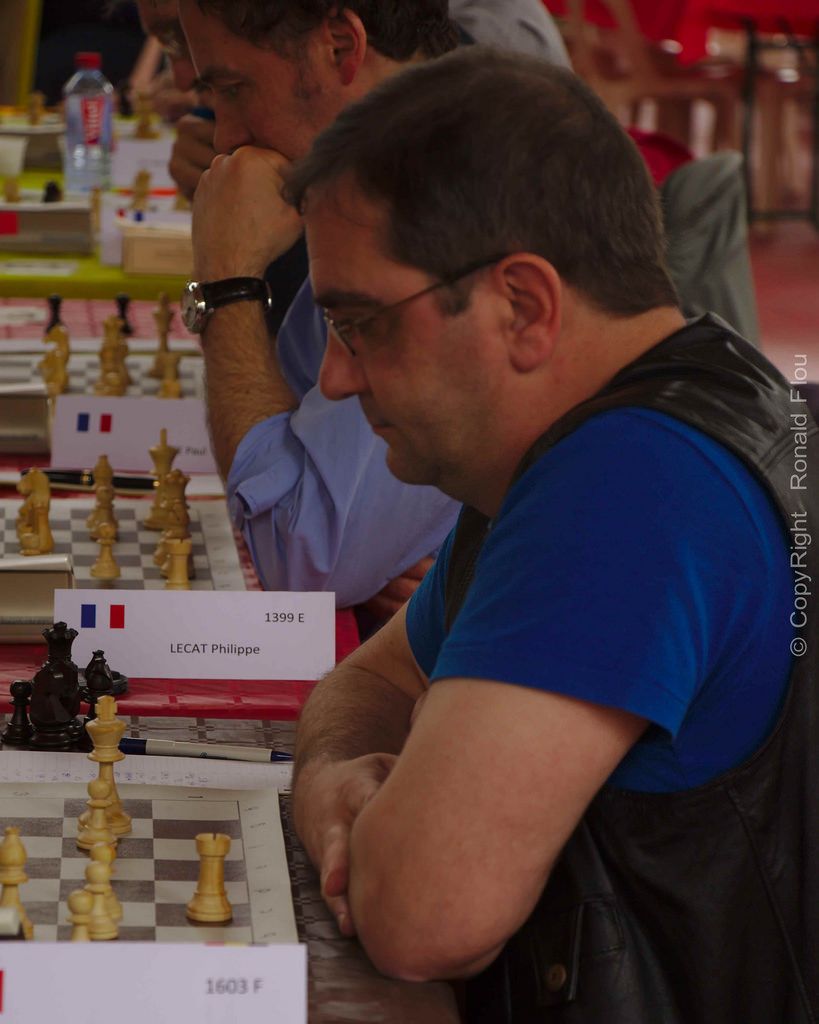 Ronald Flou, 49 years old and lives in Mesen (near Ieper), Belgium. He plays for the KISK (koninglijke Ieperse schaakcklub) since last 15 years.
When he is not playing he likes to take pictures. You can find all the pictures of the Cappelle tournament on his club's facebook-page and you can also check out his work on flickr.