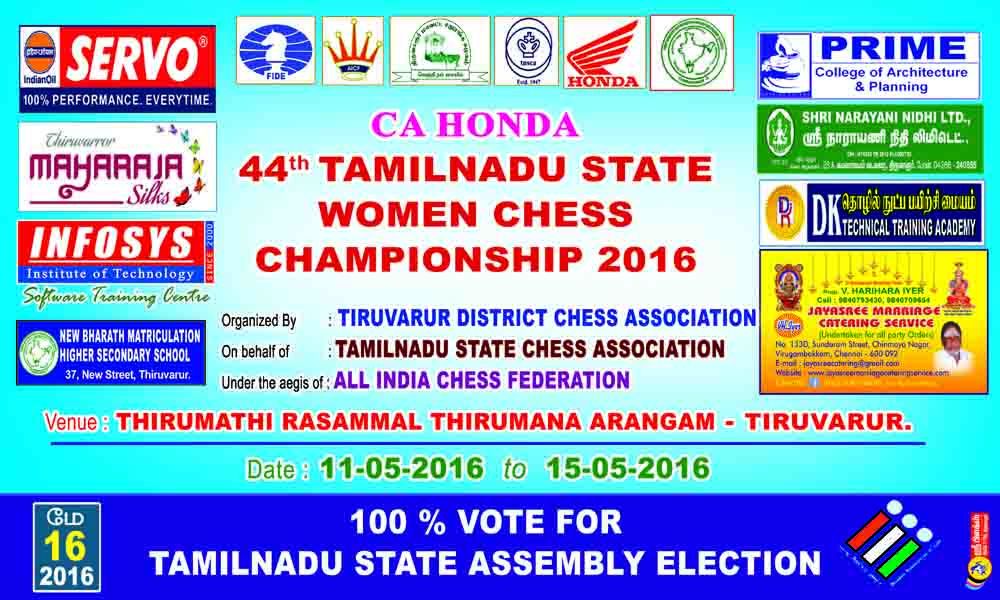 The Tournament attracted 112 Entries out of which 84 players were rated (!). An impressive feat, considering that this is a women's tournament, and women and sports don't go hand in hand, not yet, in this country. This just shows the deep recesses to which chess has reached, and will continue to, in Tamil Nadu. 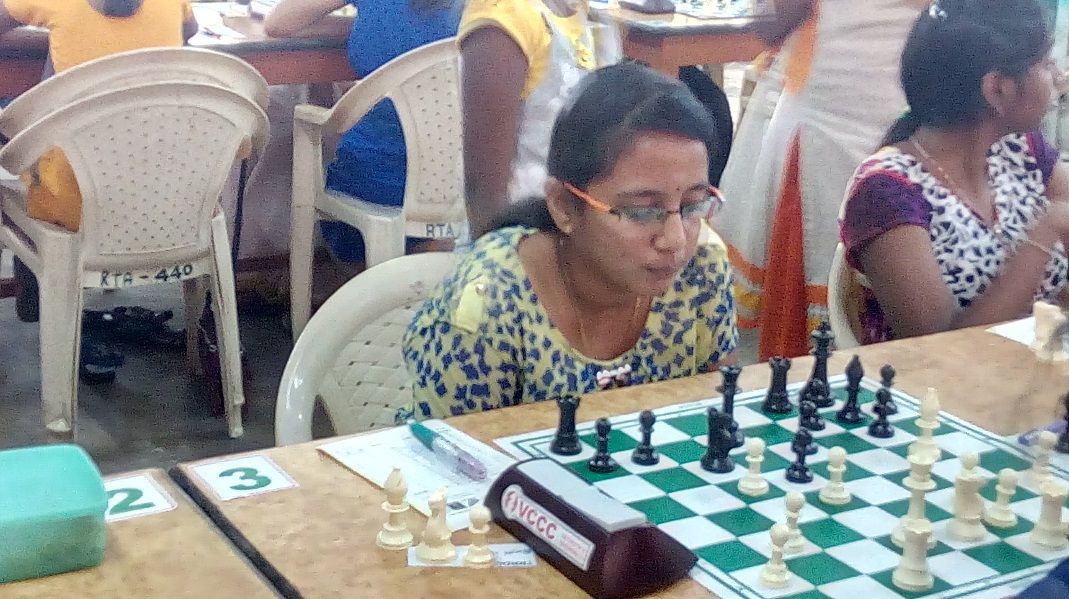 WIM Pon N Krithika (2072) is playing a FIDE rated tournament after a two-year hiatus, and was rusty en-route to her 7.0/9, which earned her a third place finish on tiebreak. 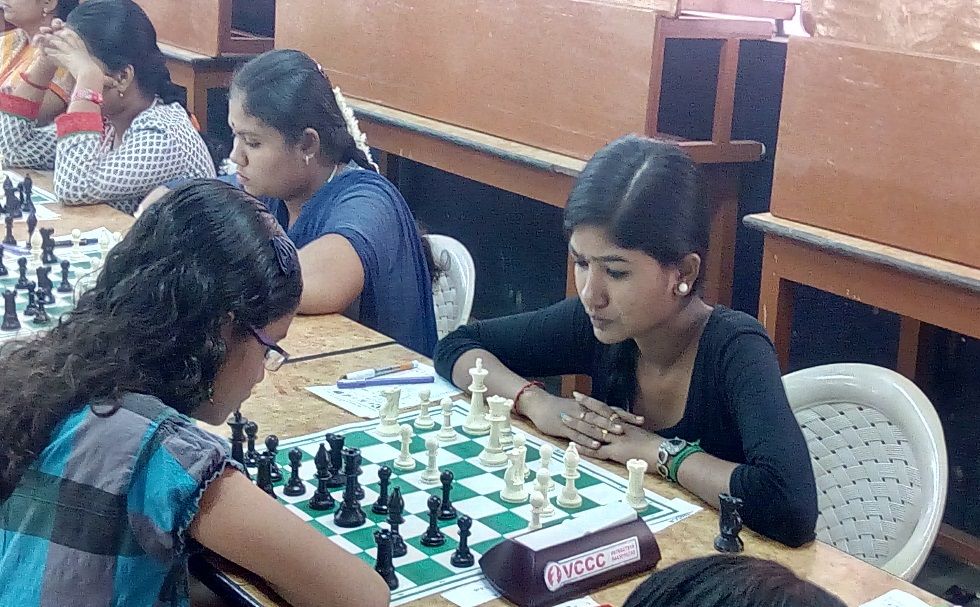 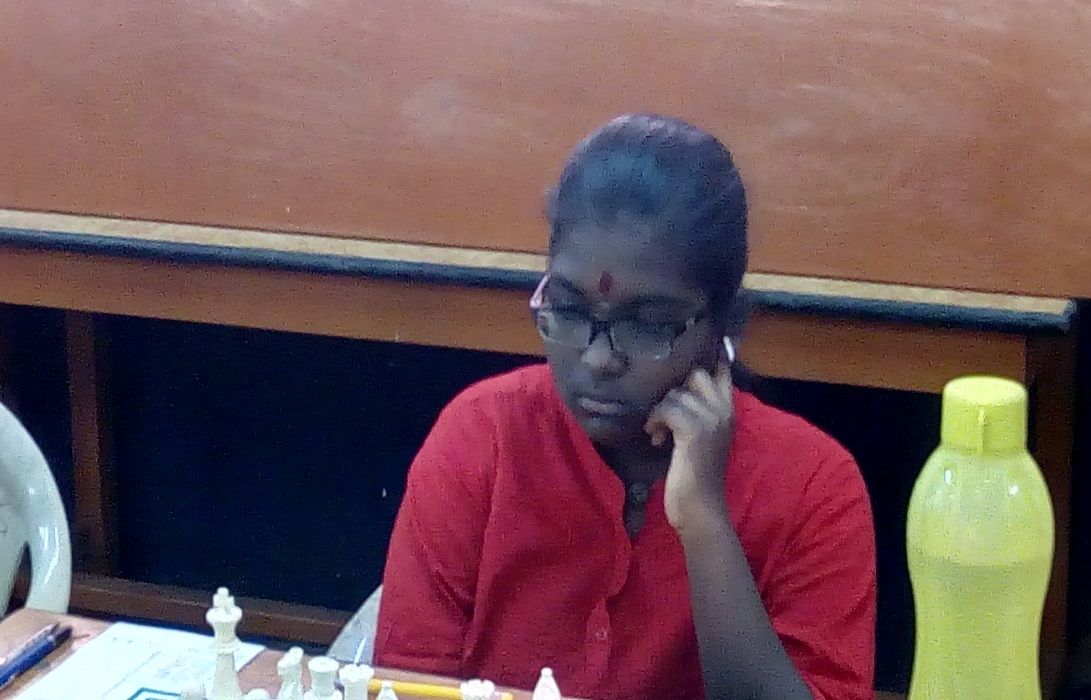 WFM Lakshmi C (1834) lost a hatful of elo, which did not improve her mood. 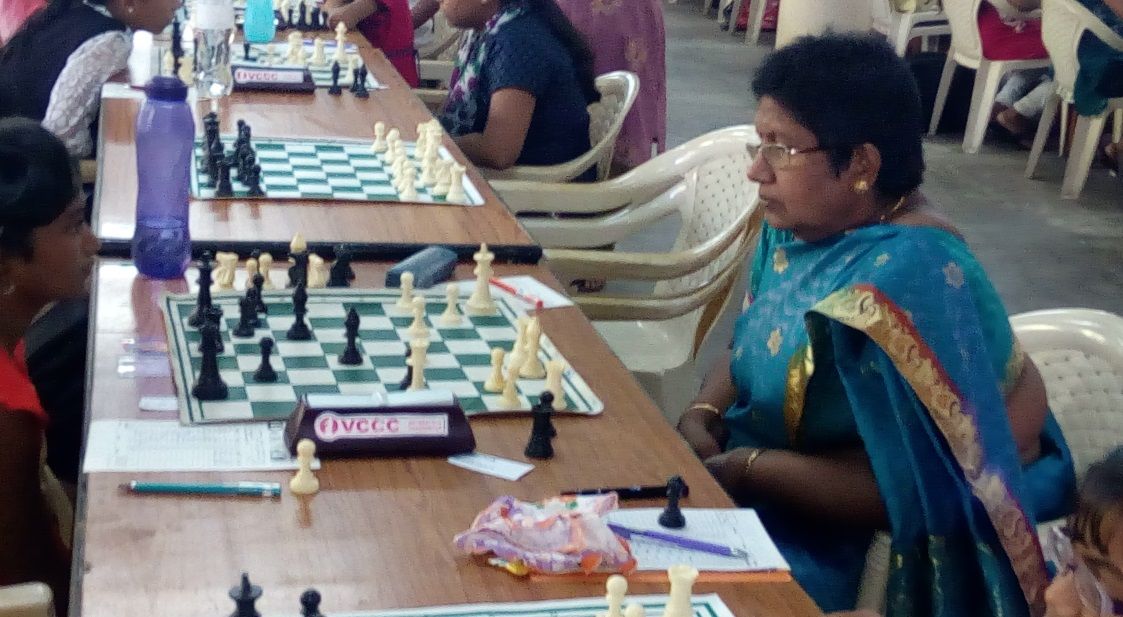 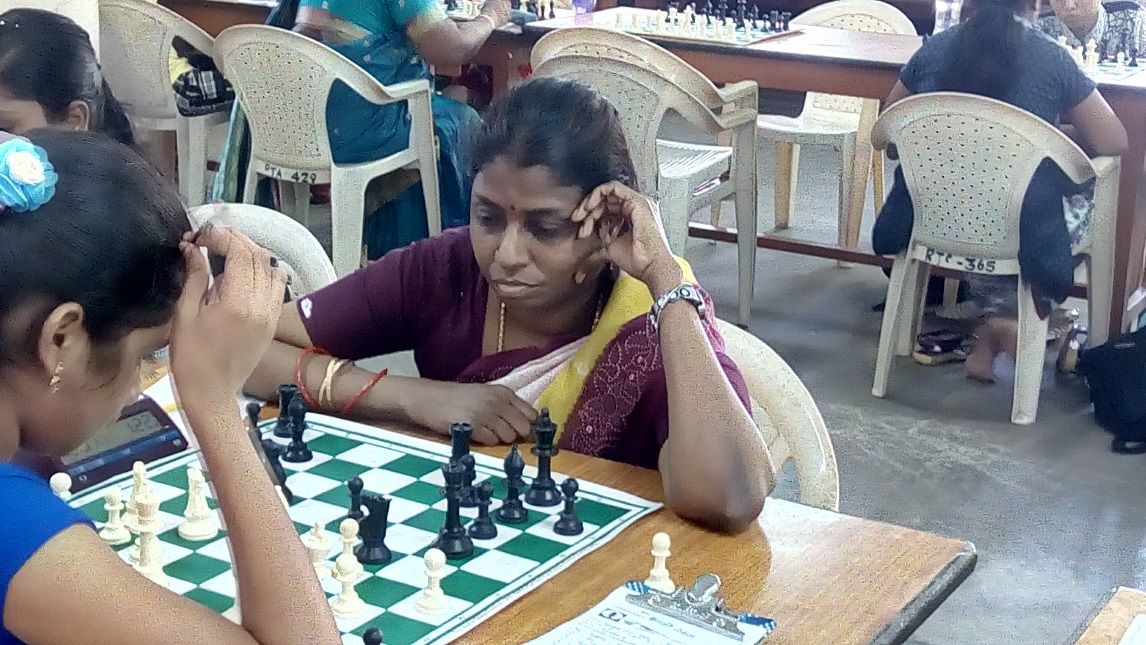 Leela Maheswari B decided that she needed to give a better fight to her India No. 3 son back home and played the tournament to get her rating performance. She scored 4.0/9, and will be rated 1120 in the next list. No prizes for guessing who her son is. 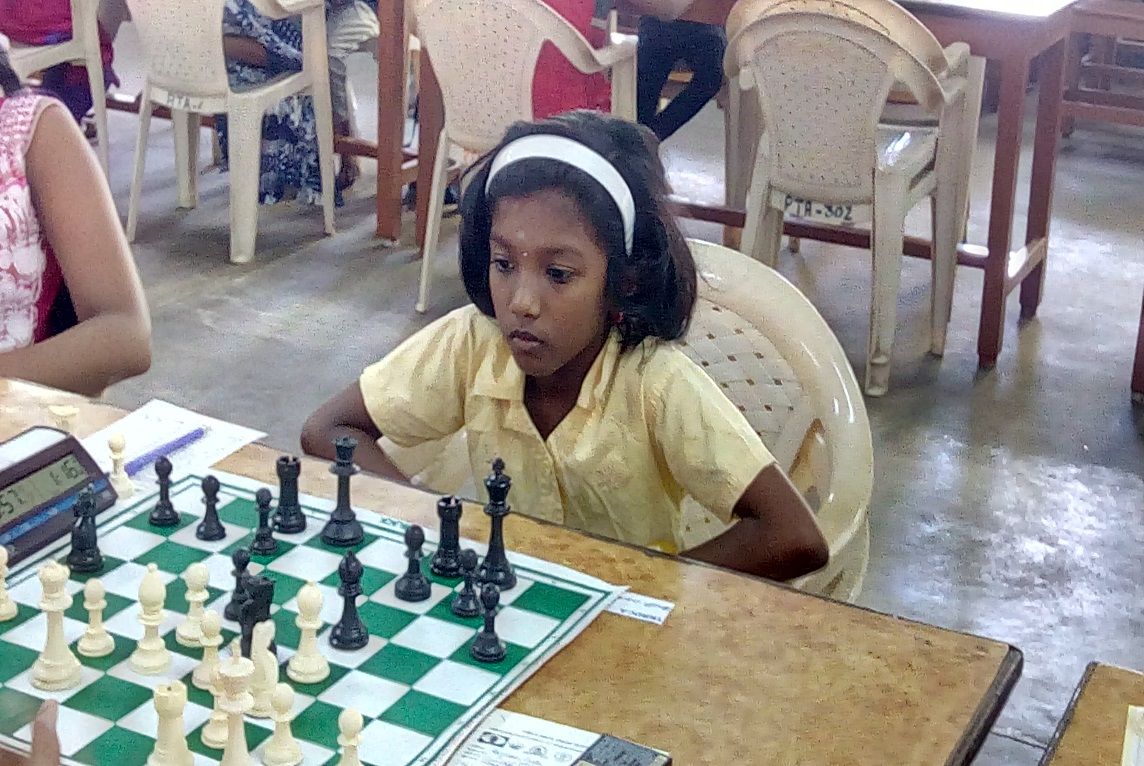 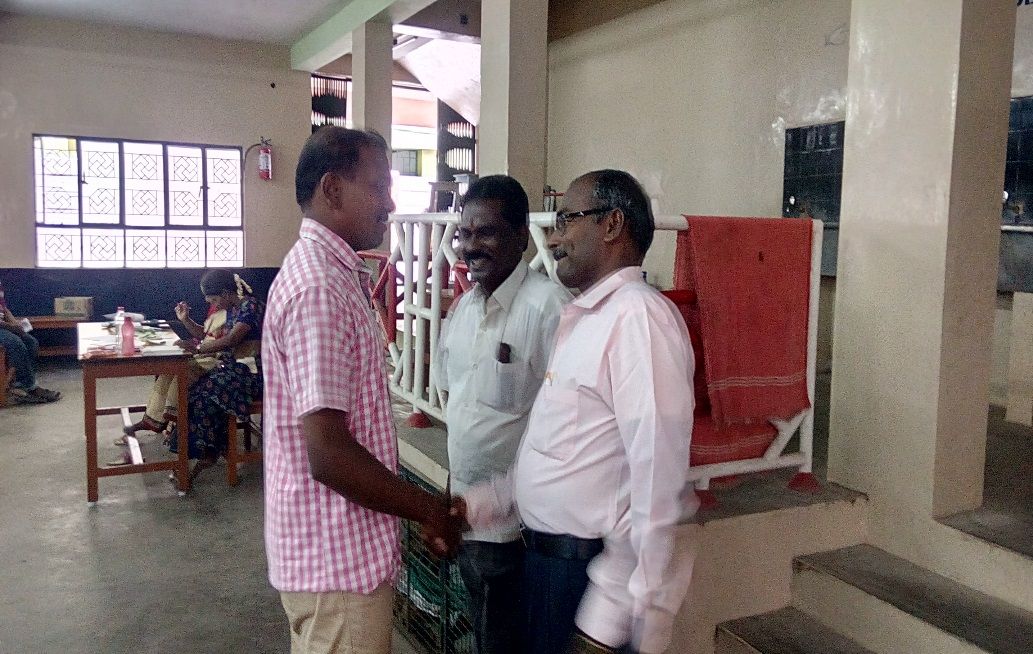 One of the best tournament organizers in Tamil Nadu, Mr.R.K. Balagunashekaran (right), organized this tournament. In November 2015, he organized the National Premier Championship that was held in an efficient and professional manner. 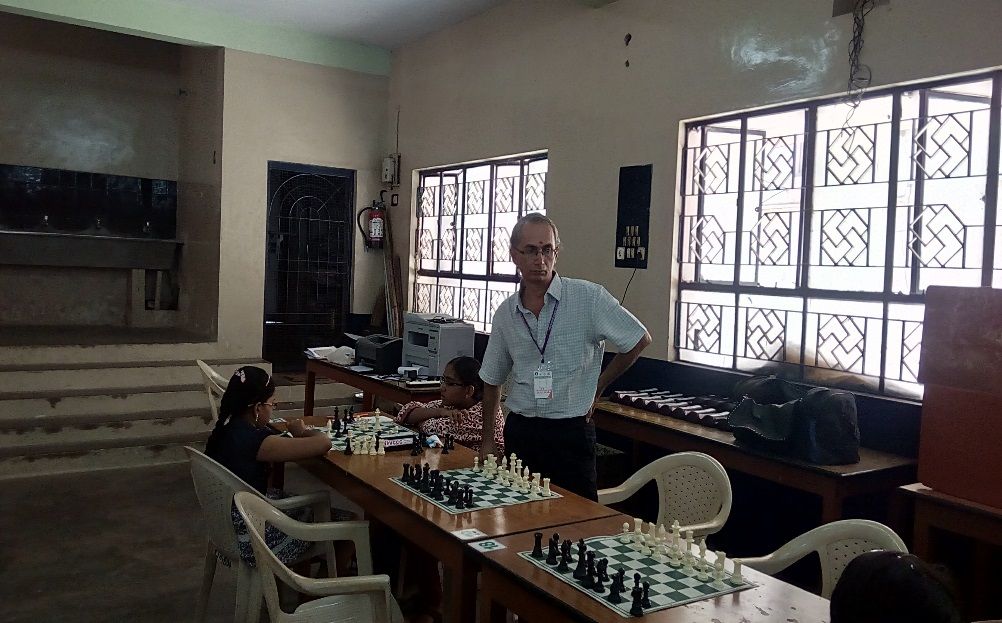 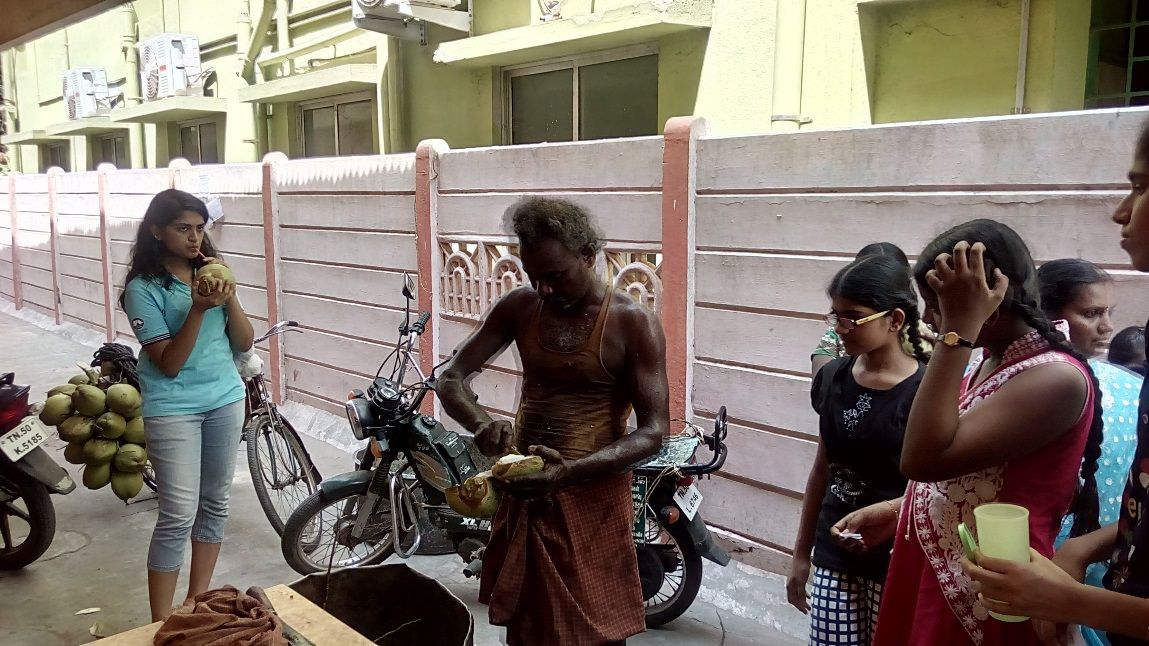 In May, Tamil Nadu experiences very high temperatures, and hence, the players were served with free juices & tender coconut. This act of offering gracious hospitality to the guests is known as Virunthombal in Tamil Nadu. 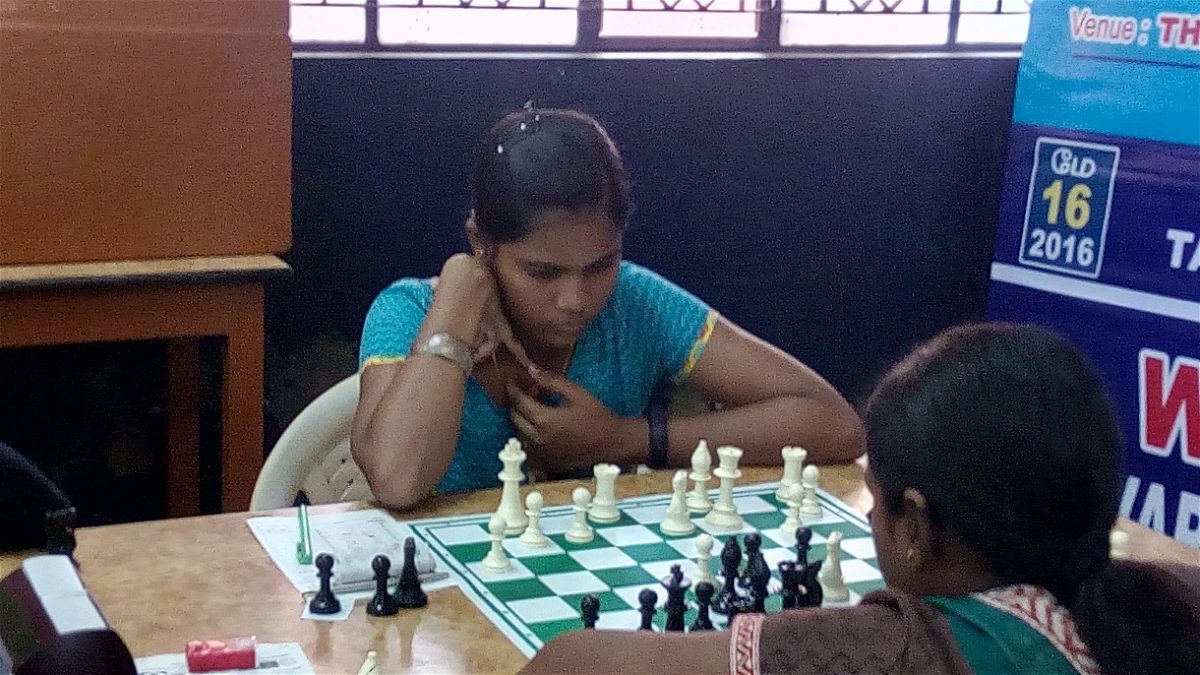 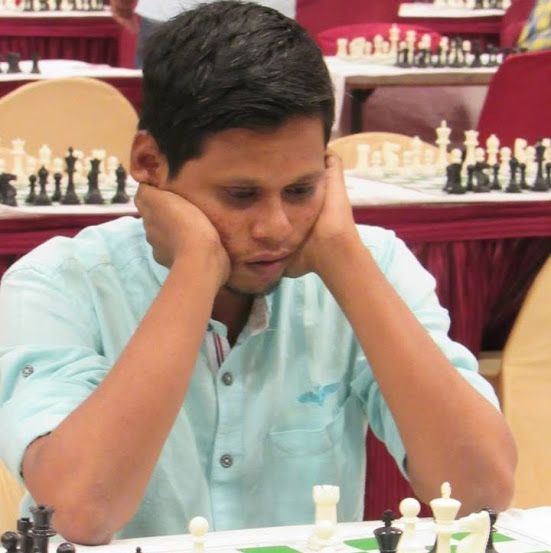 Vinoth M. was working as the deputy arbiter of the tournament and brought you his brief report. He continues to work in organizing chess tournaments and is a regular reader of ChessBase.