Organized by the UAE Chess Federation, the Asian Nations Cup 2016 was held at the Novotel Abu Dhabi Al Bustan hotel with 20 countries competing for the right to represent Asia in the World Team Championship. While India won the gold in the open section and China won the women's section, the rapid and blitz tournament was a clean sweep by the Chinese. We bring a brief illustrated report covering the matters that were left unsaid.

The Asian Nations Cup Chess Championship was held at the Novotel Abu Dhabi Al Bustan hotel with 20 countries competing for the right to represent Asia in the World Chess Team Championship.

After the end of the main event, a rapid and blitz tournament was also held, with a qualifying stage, separating the four top teams from the rest, and ending with a playoff for the gold.

Except for the open section, where they finished second to the Indians,
all the remaining events — women’s section, rapid and also blitz in men’s
and women’s section — were won by the Chinese!
GM Ju Wenjun, who recently won the Teheran Grand Prix 2016, won it all! She
was the first board for the Chinese and took home six medals — gold for Standard,
Rapid and Blitz, and also gold on the first board in the all the three formats! 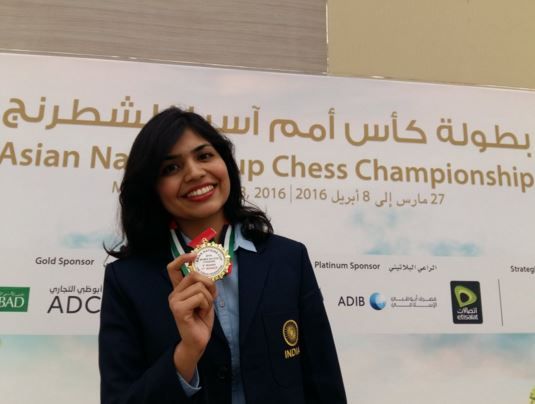 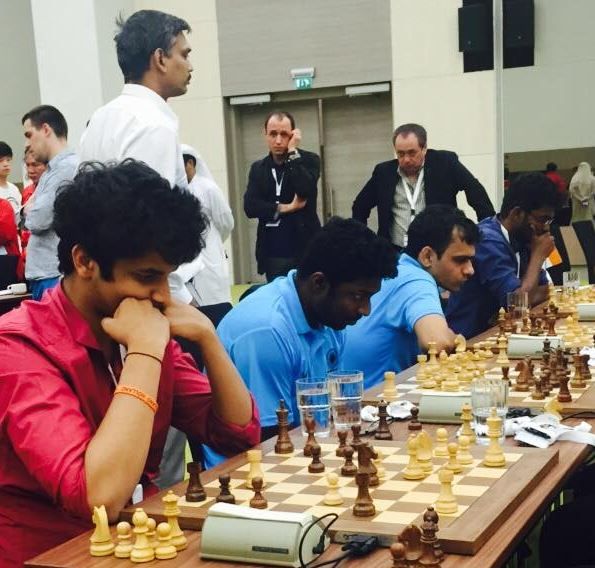 The Indian team in the open performed reasonably, bringing home the bronze medals, in both the rapid and blitz 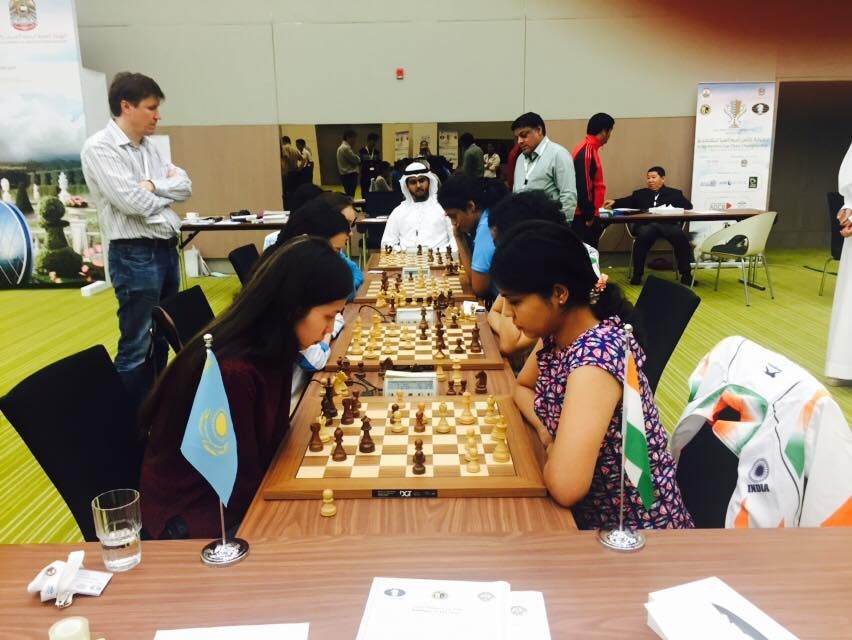 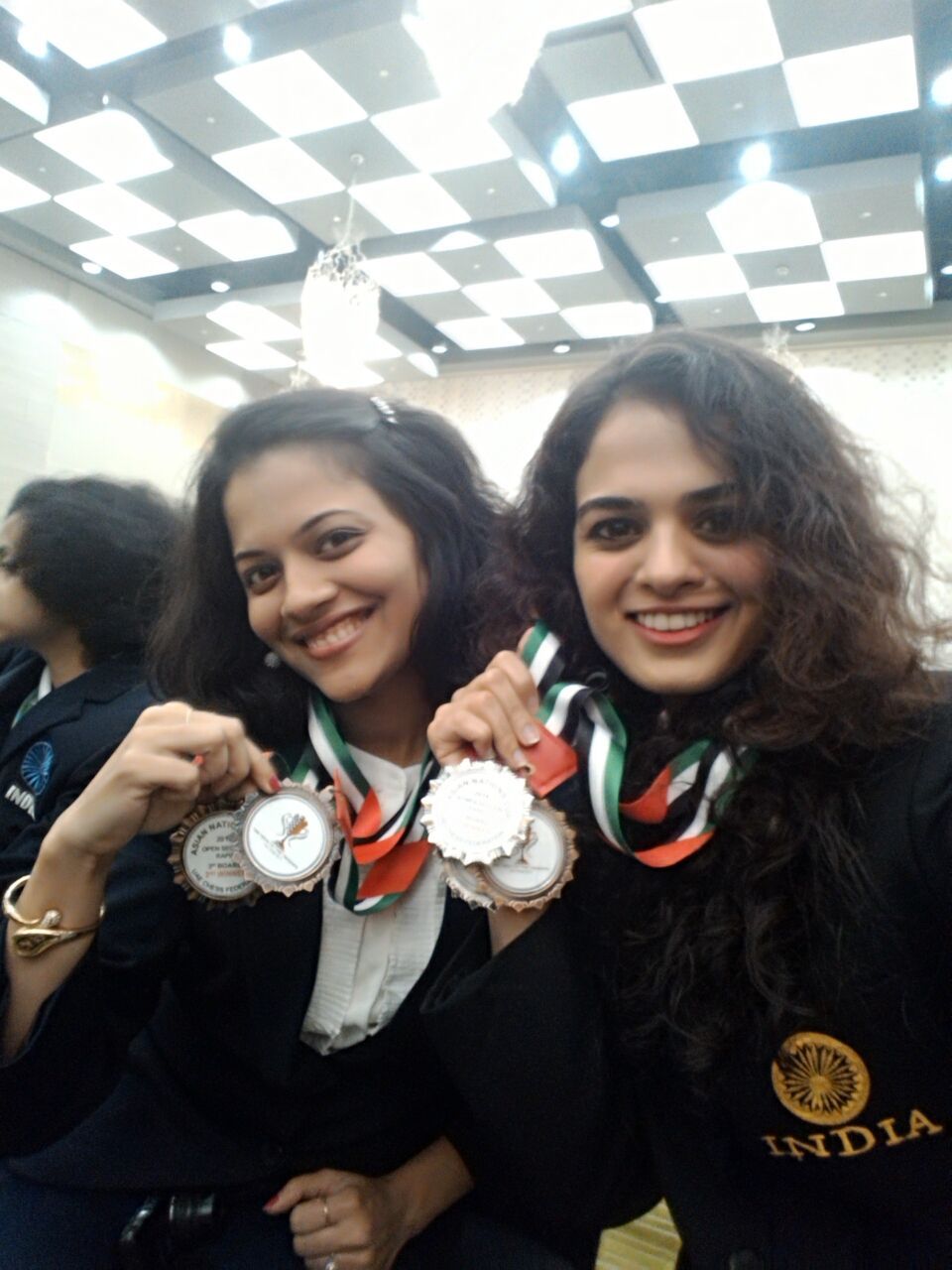 Bhakti and Tania with the bronze medals. Bhakti further won a bronze medal on the third board in the rapid competition 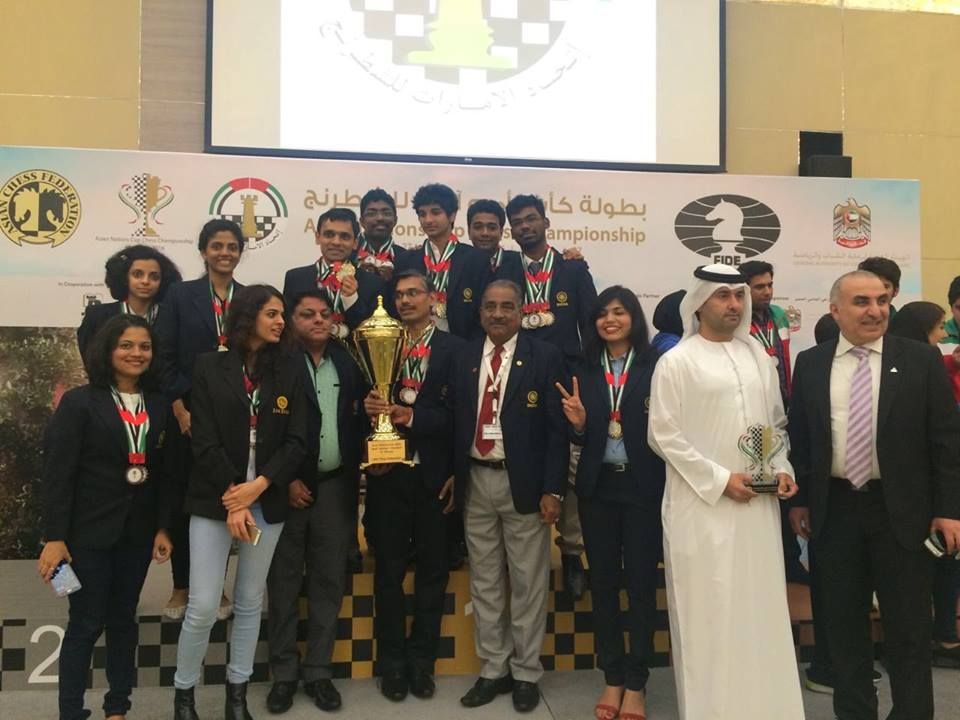 Note: The first two rounds witnessed poor media management as the Asian Chess Federation failed to broadcast the games properly. The official website carried almost zero pictures from the tournament and such an important tournament was almost non-existent in the social media.