Last round of an important event like Asian Continental 2017 is extremely nerve-wracking. A lot of things are at stake and it is important to keep things under control. Two V's of Indian chess Vaishali and Vidit did that perfectly to secure bronze medals in women and open section respectively. With this performance Vidit makes it to the World Cup 2017 to be held in Georgia in September. Report from Chengdu, China. 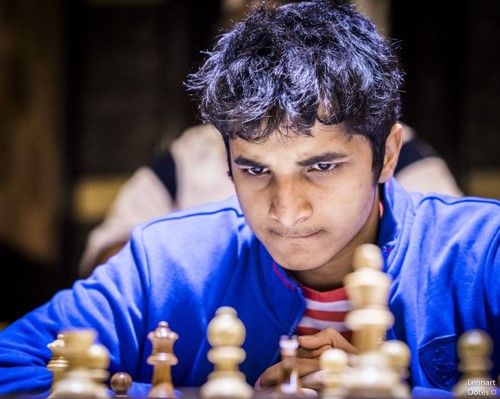 All eyes were fixed on Vidit Gujrathi's game against the top seed Yu Yangyi in the last round. Of course, beating a player like Yu Yangyi was not going to be an easy task, but if Vidit did achieve it he would finish on top of the table and most probably clinch the title. This was because he had the most number of wins! However, he had the black pieces and it was important to hold. Steady as a rock, Vidit held fort with the Open Spanish and gave his suepr grandmaster opponent absolutlely no chances and drew the game without any difficulties.

Although he did not win the gold, getting a bronze in such a strong field is an amazing achievement. And what's more, top five players qualify for the World Cup 2017 and Vidit being third is one of them! 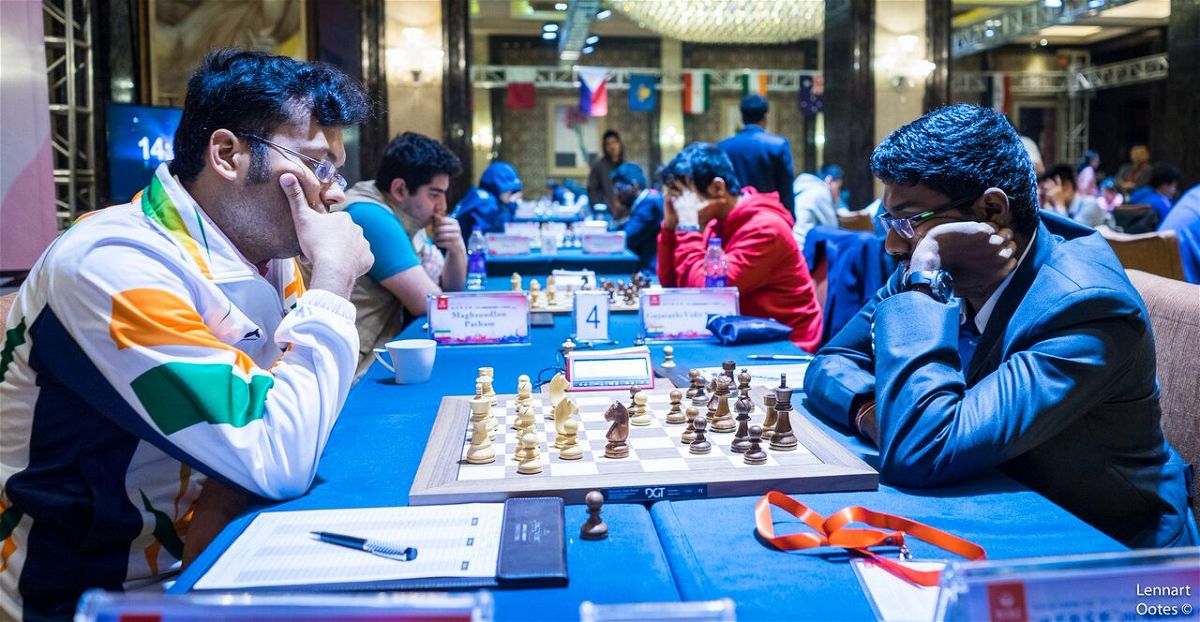 With 6.0/9 Adhiban and Ganguly finished eighth and ninth respectively. Both of them displayed strong chess, but during the critical moments were not able to score wins, which prevented them from a podium finish. 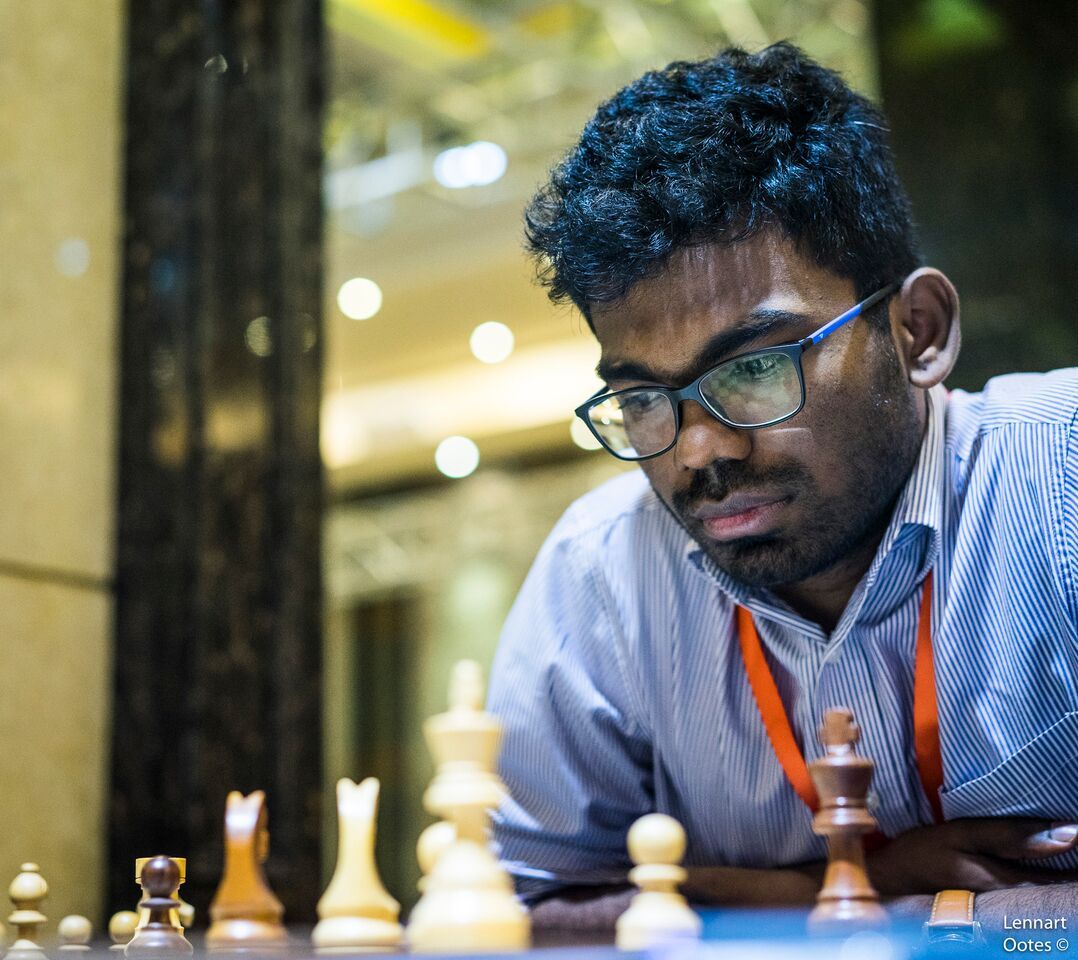 Defending champion Sethuraman had to be content with the 11th spot. His fortune at the event changed completely when he botched up a winning position against Yu Yangyi in the penultimate round 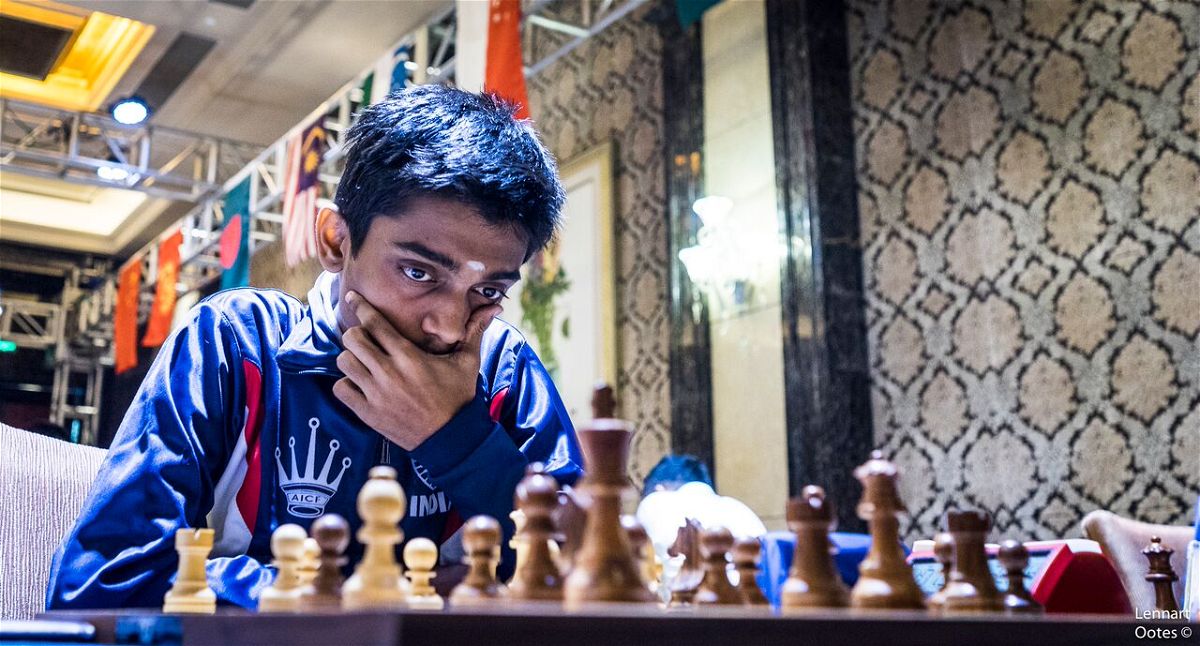 Although Aravindh finished 17th, it was quite a great tournament for him as he crossed 2600 on the live rating list and also beat FIDE World Champion Rustam Kasimdzhanov 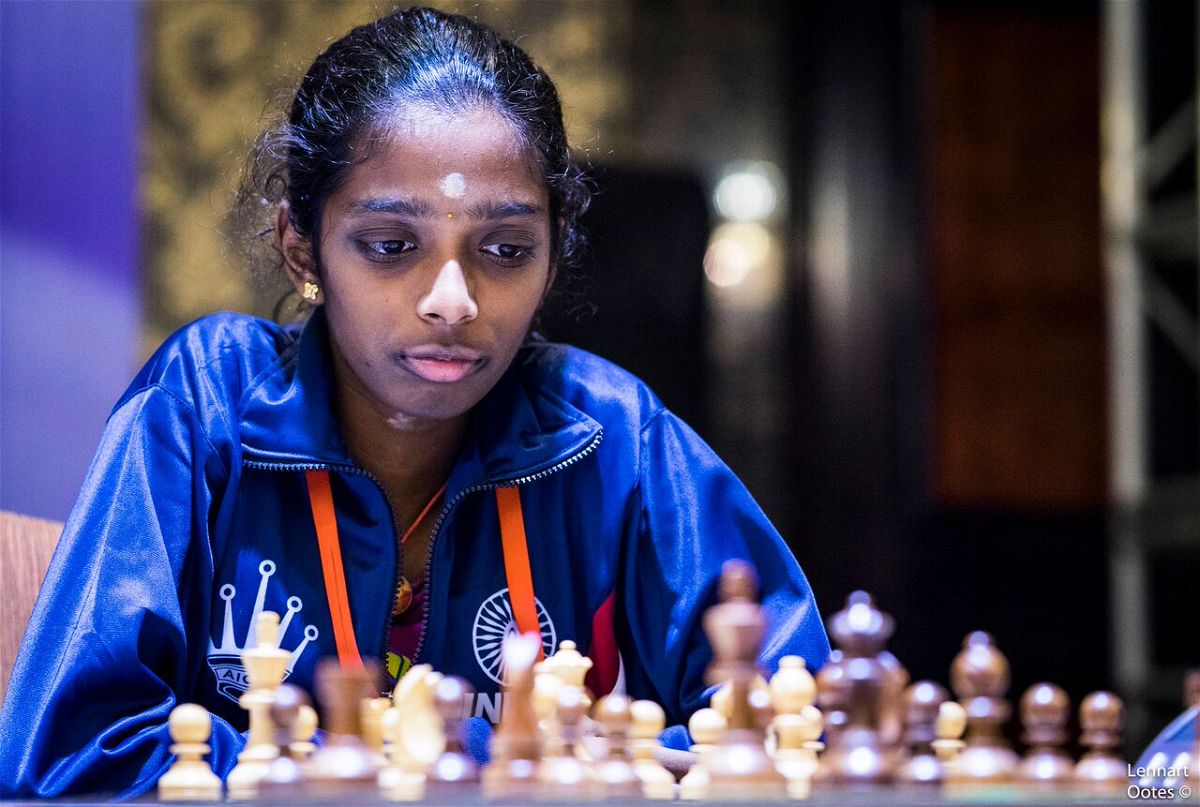 Vaishali scored a crucial last round win, and with 6.5/9 won the bronze medal

Vaishali has shown world class play recently. She won against GMs Eugene Torre and Eugene Perelshteyn at the Reykjavik Open 2017. And now with this bronze medal performance she has proved that she is right up there with the best. Check out her last round win where she beat the Vietnamese Nguyen Thi Thanh An in a high pressure encounter with the black pieces. 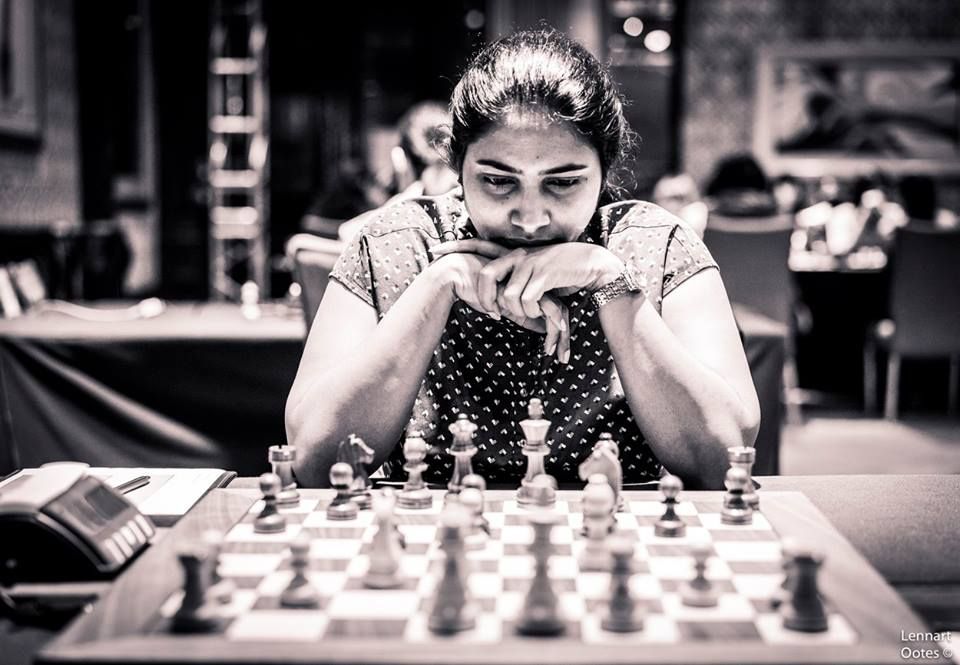 Mary Ann Gomes performed admirably and it was very unlucky that she missed the medal by a whisker. She finished fourth. 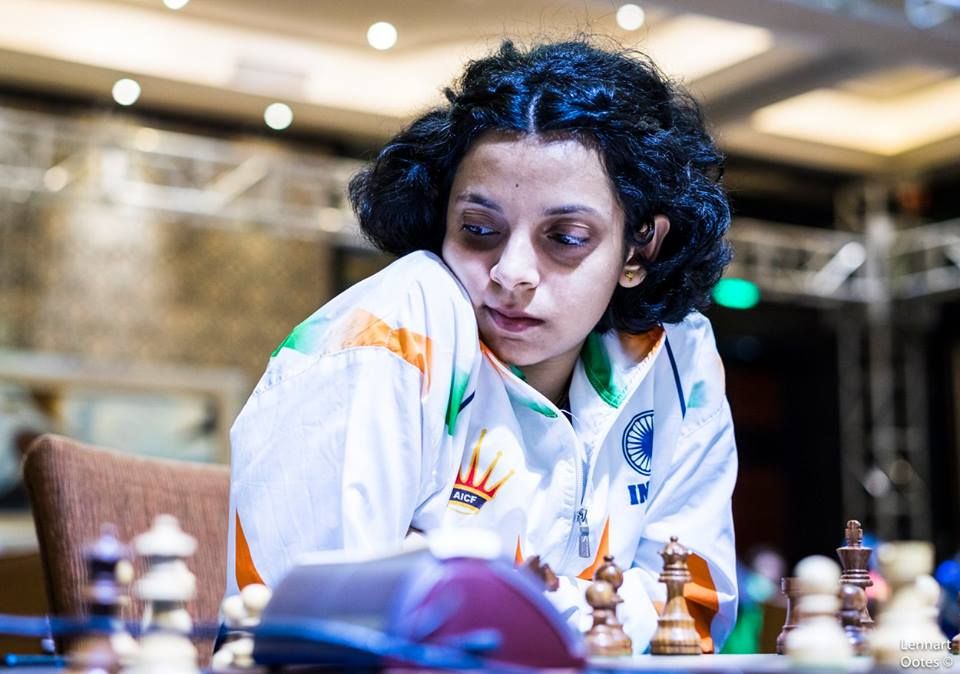 Although Padmini didn't have a great event, she finished seventh. Which shows that if things would have gone right for the girl she definitely had it in her for the podium finish. 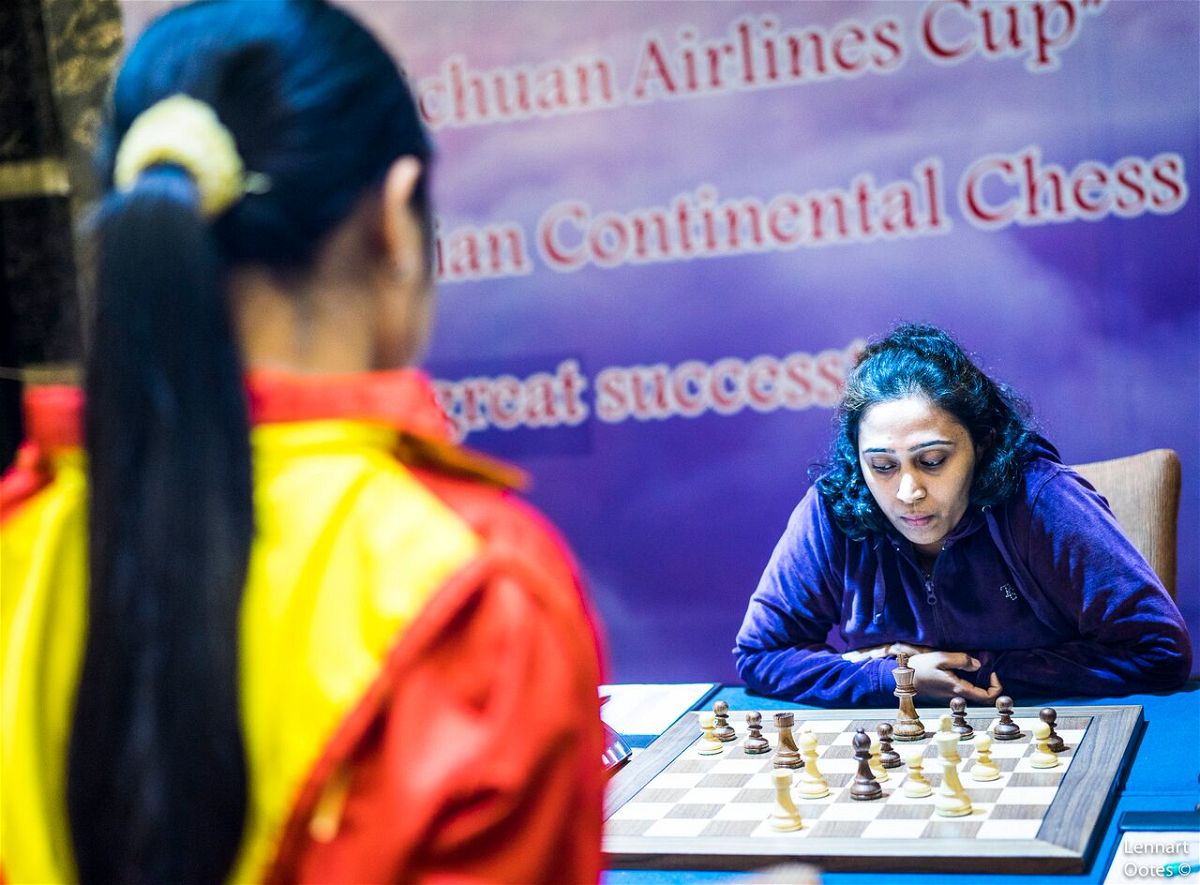 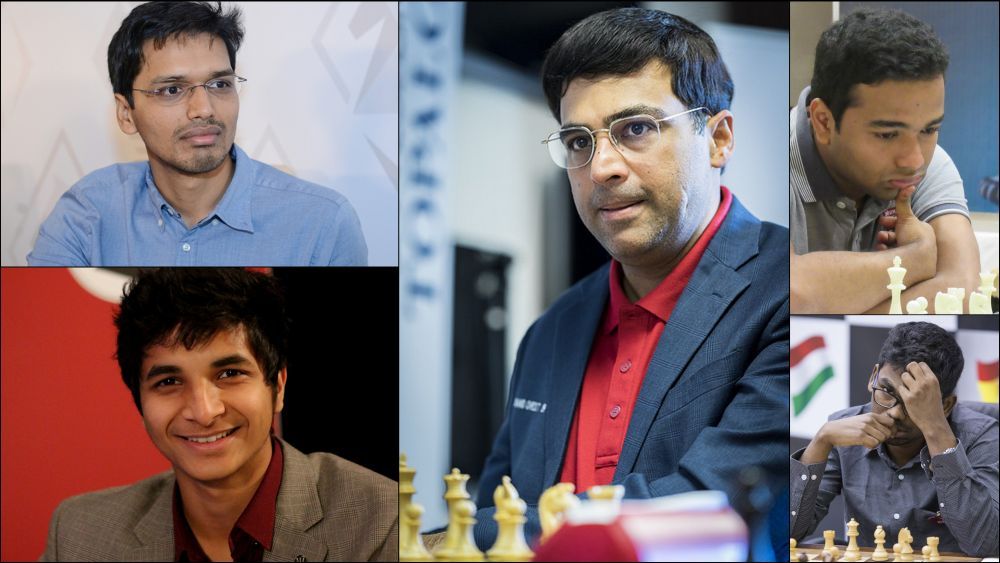 World Cup 2017 will be held in Tbilsi, Georgia from the 1st to the 25th of September 2017. Five Indian players have qualified for it. They include Vishy Anand, Pentala Harikrishna, Sethuraman, Deep Sengupta (fifth at Asian 2016) and now Vidit Gujrathi. It is going to be an exciting event and ChessBase India will be bringing you detailed coverage. Who knows we might have a man at the venue in Tbilsi seeing that we have such firepower at the event!