The fight for India number one!

Ever since Anand's substandard performance at the Gibraltar Masters, analysts have been keeping a keen eye on the live rating list. Reason? There has been a sharp race between Harikrishna and Vishy on who would become India number one on the Elo rating charts. Hari came close on many occasions but was not able to overtake the five-time World Champion. On 21st February 2016, the two met each other across a chess board in the ninth round of the German Bundesliga. Read the article to know what happened in this thrilling game and who is the current numero Uno of Indian chess.

Since the past few weeks, we have been witnessing quite an intense race between Vishy Anand and Pentala Harikrishna for becoming India's number  one player based on Elo ratings. The climax of the race took place on the 21st of February 2016 when Anand representing Baden Baden was up against Harikrishna, playing for Solingen, in the ninth round of the 2015-16 German Bundesliga.

Getting to the game

Anand who was on 2784 was leading the rating charts comfortably with a nearly 30 points lead over Harikrishna. However, in Gibraltar things started to get really close when Vishy lost 21 Elo points. Hari, on the other hand, played consistently and gained 3.5 Elo points. This meant that the gap had closed down and this is how the things stood at the end of the seventh round at the Gibraltar Masters:

But then Anand won both his games gaining 2.6 Elo points while Hari drew his games losing 1.7 Elo. The difference thus had widened to 5.6 Elo points.

Harikrishna then went to play in the fifth and sixth round of the Bundesliga and beat Lawrence Trent (2455) and Robert Kempinski (2620). This effort won him 4.5 Elo points. The difference narrowed down to just 1.1 Elo points. In the eight round of the Bundesliga where Hari faced Gabriel Christian (2494) with the white pieces, he had the golden opportunity to overtake Anand. A win would have given him 1.8 Elo points and taken him 0.7 Elo points ahead of the five-time World Champion. However, Hari wasn't able to convert the pawn up queen endgame and the duel ended in a draw. Hari thus lost 3.2 Elo points and the Elo difference between India number one and two increased to 4.3. 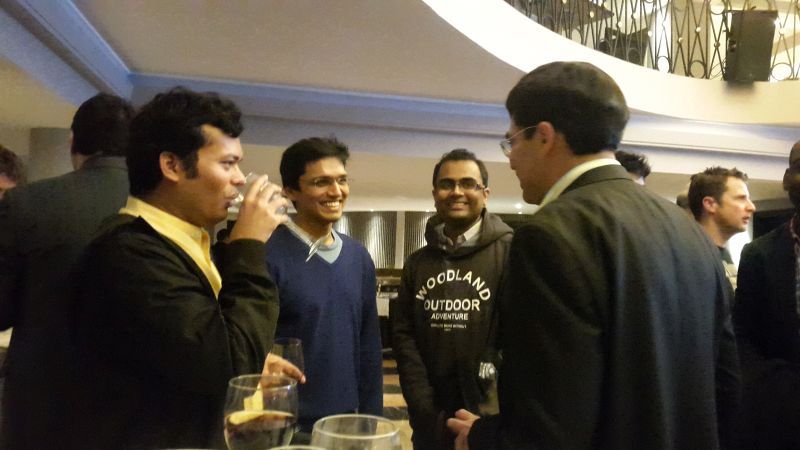 It was as if fate wanted to end this cat and mouse race and preferred Anand and Harikrishna to decide for themselves who would be India number one. The two faced off against each other in the ninth round of the Bundesliga. Anand was playing on board one of the team OSG Baden Baden while Harikrishna was representing SG Solingen. Apart from being a crucial game for Indian fans, this was also an important game from the final Bundesliga standing's point of view, as Baden Baden and Solingen are two of the strongest teams in the event. A win for Harikrishna would rightfully make him India number one on the live rating list while a draw or a loss would keep Vishy on the top. 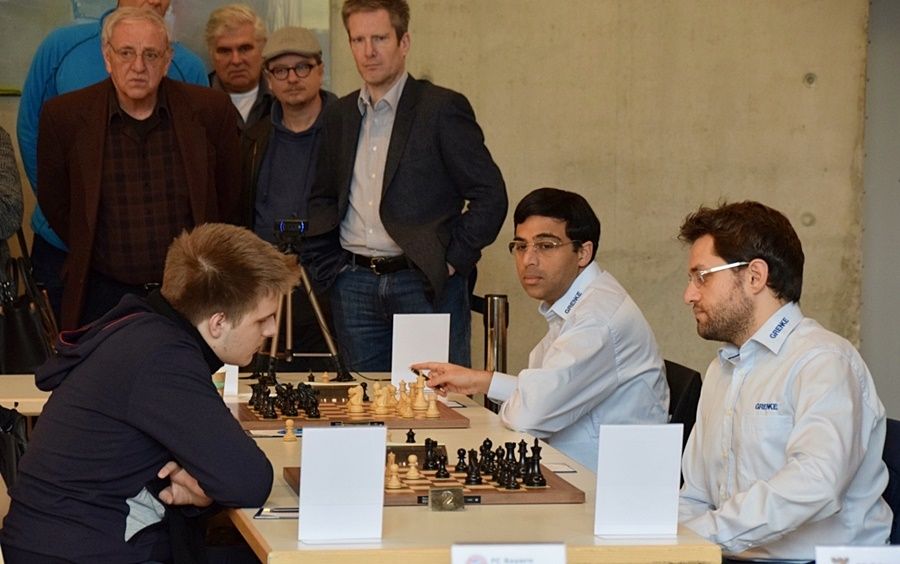 Anand playing on board one for OSG Baden Baden. Aronian played (and lost) to Rapport on board two (picture by Peter Baudrexel)
Anand playing white opened with 1.e4 and Hari replied with the Taimanov. Vishy played the relatively lesser played 8.f4 and soon showed that he was excellently prepared. He put a lot of pressure on Harikrishna and it seemed as if Black's position would break any moment. But Anand didn't continue resolutely and the game ended in a draw after some nice defensive moves by Harikrishna. "It was an unclear position. Some of his moves surprised me as White should go for a kingside attack. The endgame was fine for Black and I defended well with Kf8, Kg8 and Rb8", is how Harikrishna describes his game.
Without further ado let's have a look at this crucial encounter: (click on the magnifying glass on the top right corner of the chess board (if you are on laptop or desktop) to see the game in full-screen mode)
[Event "Bundesliga 2015-16"]
[Site "Munich GER"]
[Date "2016.02.21"]
[Round "9.1"]
[White "Anand, Viswanathan"]
[Black "Harikrishna, Pentala"]
[Result "1/2-1/2"]
[ECO "B48"]
[WhiteElo "2816"]
[BlackElo "2737"]
[Annotator "Sagar Shah"]
[PlyCount "71"]
[EventDate "2015.09.18"]
[EventType "team"]
[WhiteTeam "OSG Baden-Baden"]
[BlackTeam "SG Solingen"] 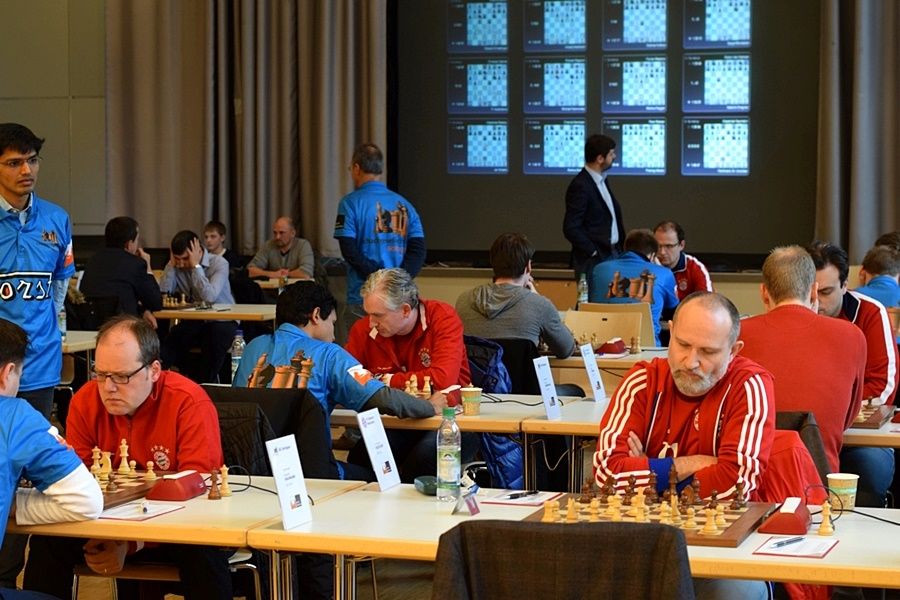 This is how things stand at the present moment
The important clash between Solingen and Baden Baden ended in a 4:4 draw