Anand Masterclass at Chennai: The Champ is impressed

At the sidelines of the ongoing 'Masterclass' where Viswanathan Anand is training the youngsters, the champ spoke on a variety of issues surrounding chess. Find out what Anand thinks about openings, middlegames, and endgames, Harikrishna, Adhiban, etc. Also, how do you teach chess to your child? Read.

Anand Masterclass at Chennai: The Champ is impressed

Former World Champion Viswanathan Anand is training youngsters in his hometown Chennai in Tamil Nadu to become stronger chess players. He is doing this via a three-day Masterclass organized by Velammal Vidyalaya at the Park Hyatt Hotel. Anand spoke on a range of topics. 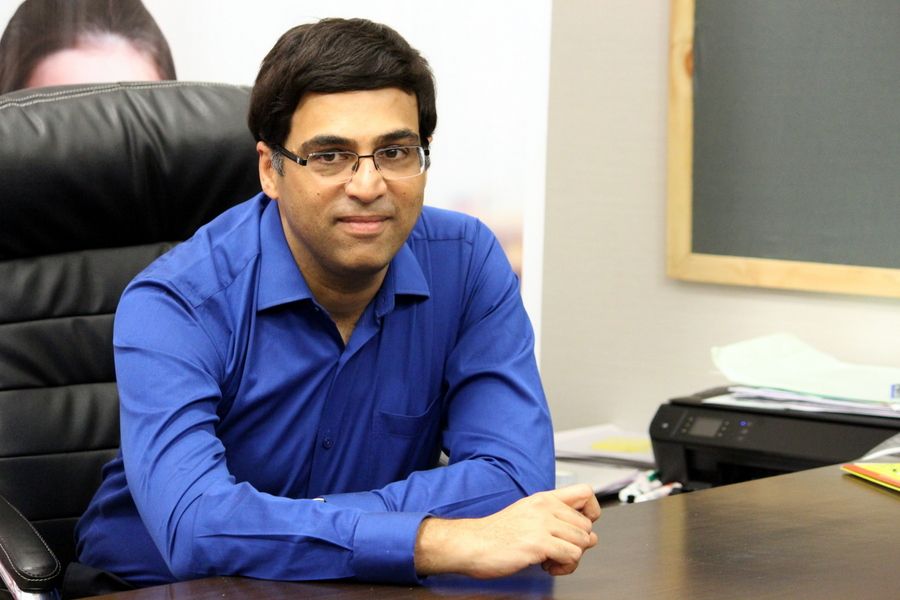 Anand stressed on the importance of each facet of the game being equally important. "If you don't play the opening well, you will not reach the ending," he jocularly commented.

But when he was asked what a student must prioritize, Anand replied, "You have to focus on all areas. You can start with the endgame first, or with the opening." 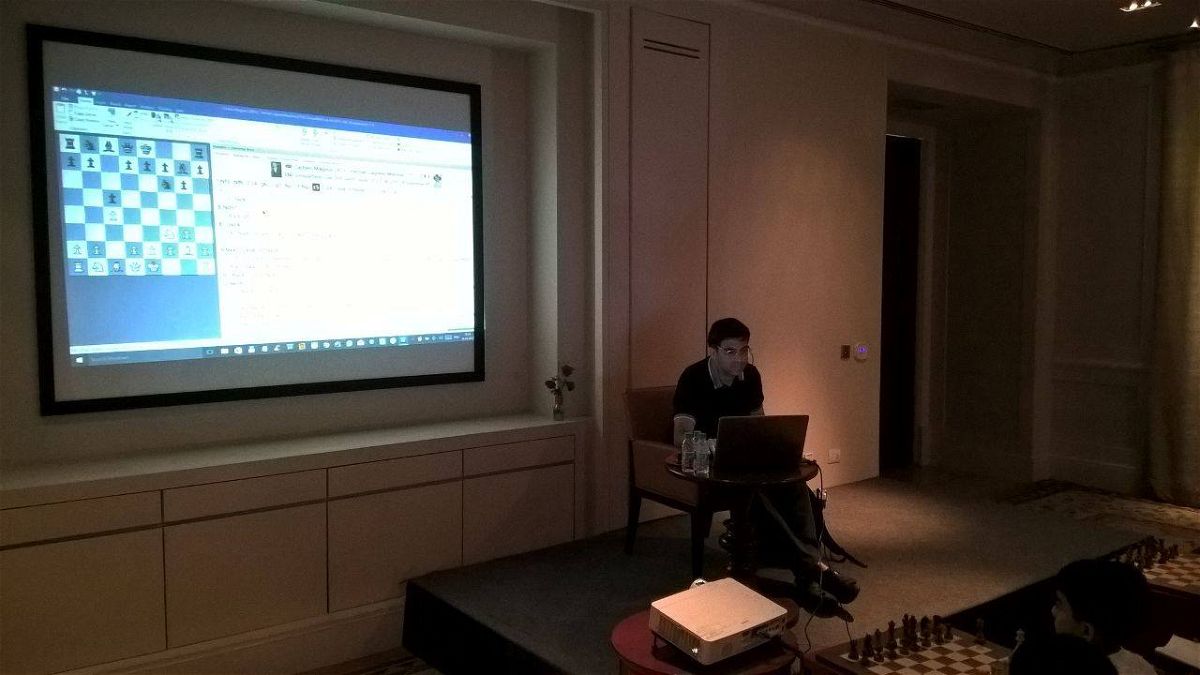 Anand during the masterclass

However, he reminded everyone that the times are changing. "With computers, what has happened is that as you go further and further, your opening preparation often finishes in the endgame! So, in chess, it is very difficult nowadays to have demarcations. For example, you may exchange queens but the position still has this sharp character where things are forced, so it is not yet a complete endgame. While sometimes, you may keep the queens on, but the game rests on a single theme like an open file or a square (which is more like in an endgame). The difference between the various stages of the game has blurred." 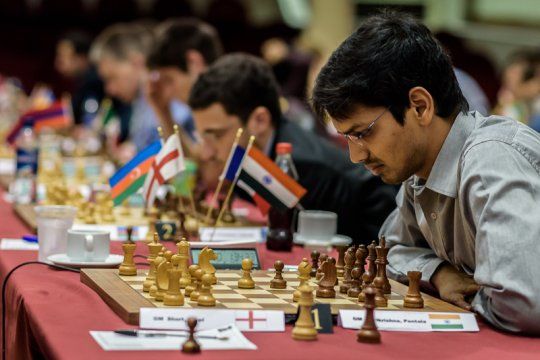 Anand also said that it was great to see more Indian players pushing for spots in the top 50, while referring to P Harikrishna’s recent performance. Harikrishna has improved his rating to the 2750 range. “He (Hari) has improved dramatically in the last two-three years. He will play this year’s World Cup in an attempt to qualify for the candidates,” Anand said.

Anand also praised B. Adibhan, who had recently done well in the TATA Steel tournament in Wijk Aan Zee where he held world champion Magnus Carlsen and also beat Russian challenger Sergey Karjakin. “I was very impressed, he showed a lot of variation and the ability to come up with different openings,” he said. He also said that it is true he did not have a great Aeroflot but said that is all right—there will be ups and downs. The important thing is to fight. 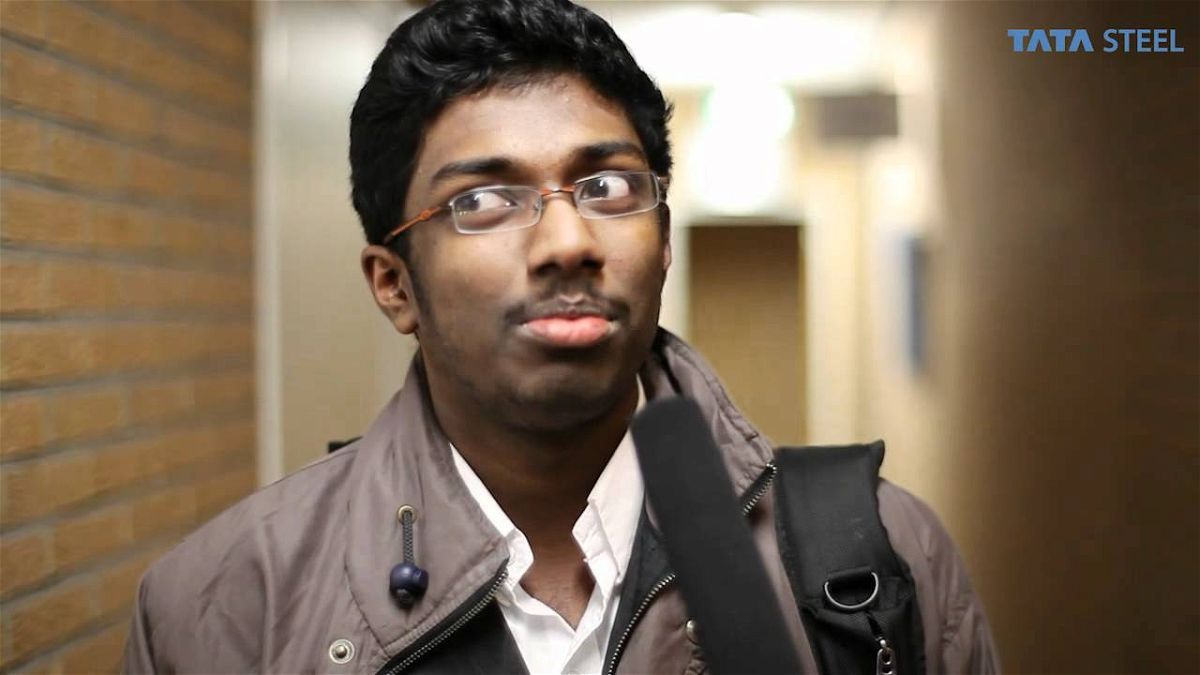 Stressing the importance of fitness for chess, Anand said it was needed to ensure stamina in long games. “In 1993 there was a moment when my results started dropping and a friend suggested that I work on my fitness. I have since accorded priority to fitness, with focus on stretching and relaxing,” he said. Anand said the talk about his getting on with the years didn’t affect him much.

“You age that is all. There are some things that you can’t do as well as you did when younger and the preparation has to be different. One has to focus on the strengths,” he explained. The former world champion advised youngsters to play regularly to enhance their analytical and decision-making skills.

How to teach chess to your child?

When asked if his son Akhil has begun to play chess, Anand said, "We keep the board in front of him. We also have taught him the rules. Now I am just going to wait until he himself gets interested and wants to learn. I mean, there is no point forcing him."

Anand next plays in the Zurich super-tournament in April. If you liked this article, please share it with your friends.