Anand was completely outprepared in the sharp line of the English Opening by Hikaru Nakamura. He got a poor position out of the opening and the American played some accurate moves to take home the full point in just 26 moves. Words cannot have the same effect as variations, so here are some detailed analysis by IM Sagar Shah from the Central Telegraph building in Moscow.

Round twelve article in the popular online news website : Firstpost 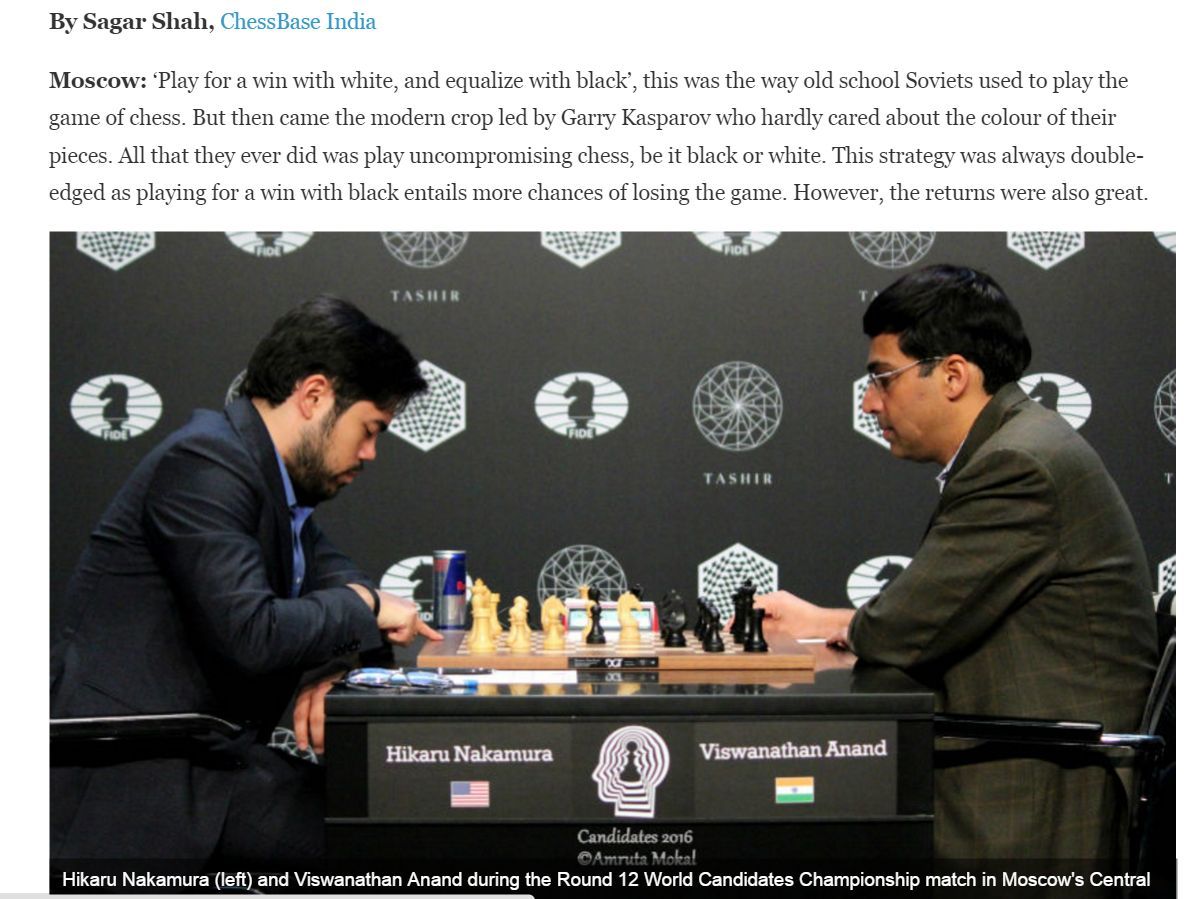