They have played 26 games against each other (including blitz, rapid and classical) and Karjakin has never been able to win a single game against Vishy Anand. “I am very happy as today is my first classical win against Anand”, that’s what Sergey said when he was asked how he felt about the game. Anand made a few inaccuracies and the resulting ending was so passive for Black that Karjakin could take his own merry time to deliver the final blow. An impressive victory for Sergey. Analysis by IM Sagar Shah

Round three article in the popular online news website : Firstpost 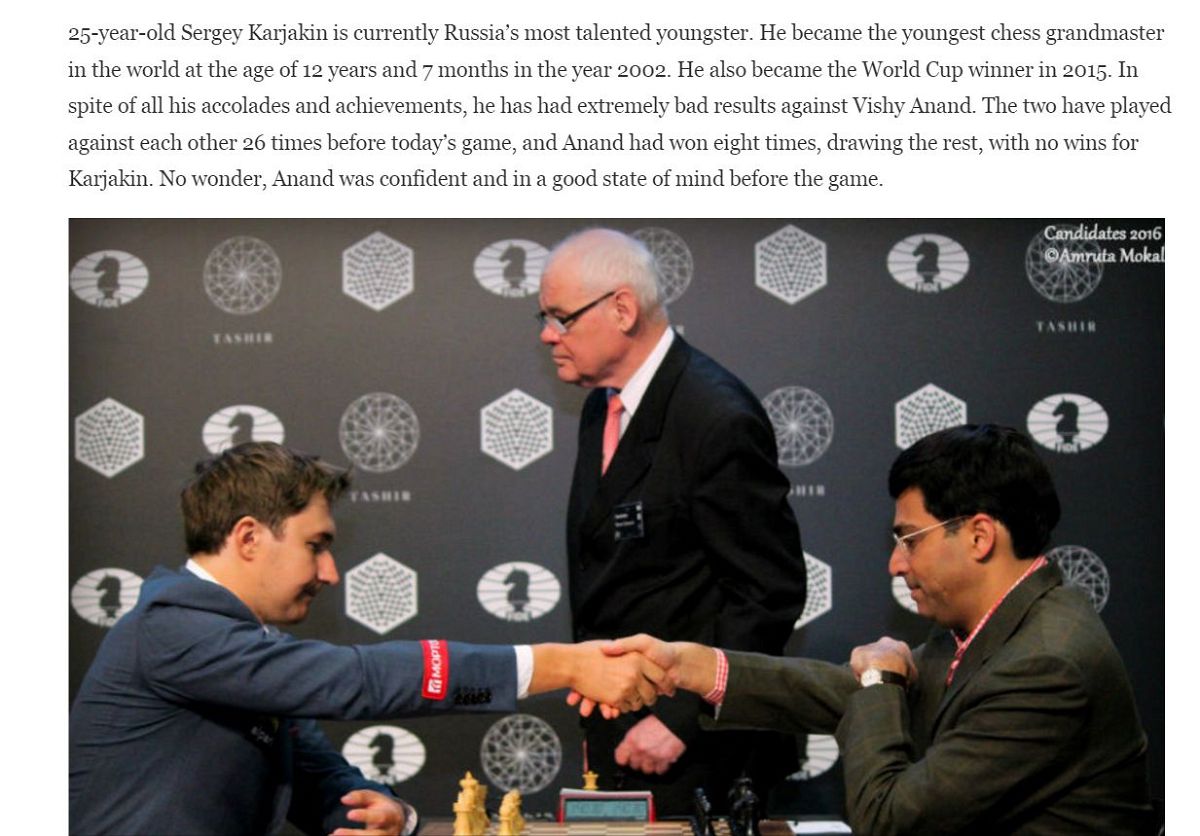