Vishy Anand had a pretty disappointing seventh edition of the London Chess Classic. He scored 3.5/9 finishing ninth amongst ten players. In this report we analyze his eighth and ninth round games against Fabiano Caruana and Anish Giri respectively. But Anand fans don't you despair - there's some good news: Vishy has qualified to be a part of the Grand Chess Tour 2016!

Vishy Anand had quite a forgettable event at the 7th London Chess Classic 2015. Vishy, who was the defending champion and quite well placed in the Grand Chess Tour Standings (sixth place with 12 points before London), was only able to score 3.5/9. With this performance he finished ninth out of ten players. The ex-World Champion's win against Veselin Topalov in the sixth round augured well for the Indian fans. However, he lost to Alexander Grischuk in the seventh and was thus thrown out from the race for the top prizes.

Let's have a look at Vishy's eighth round game against Fabiano Caruana which, inspite of not having any significant competitive value, was a game of extremely high quality chess. 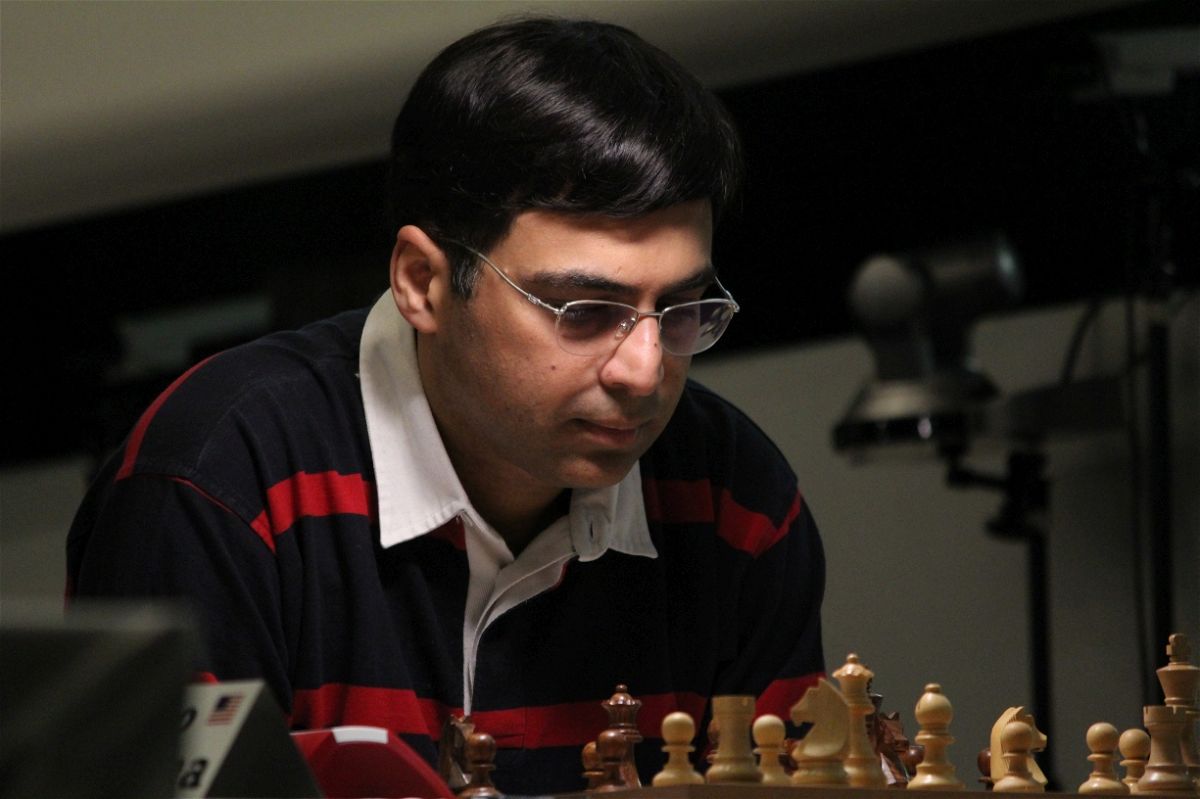 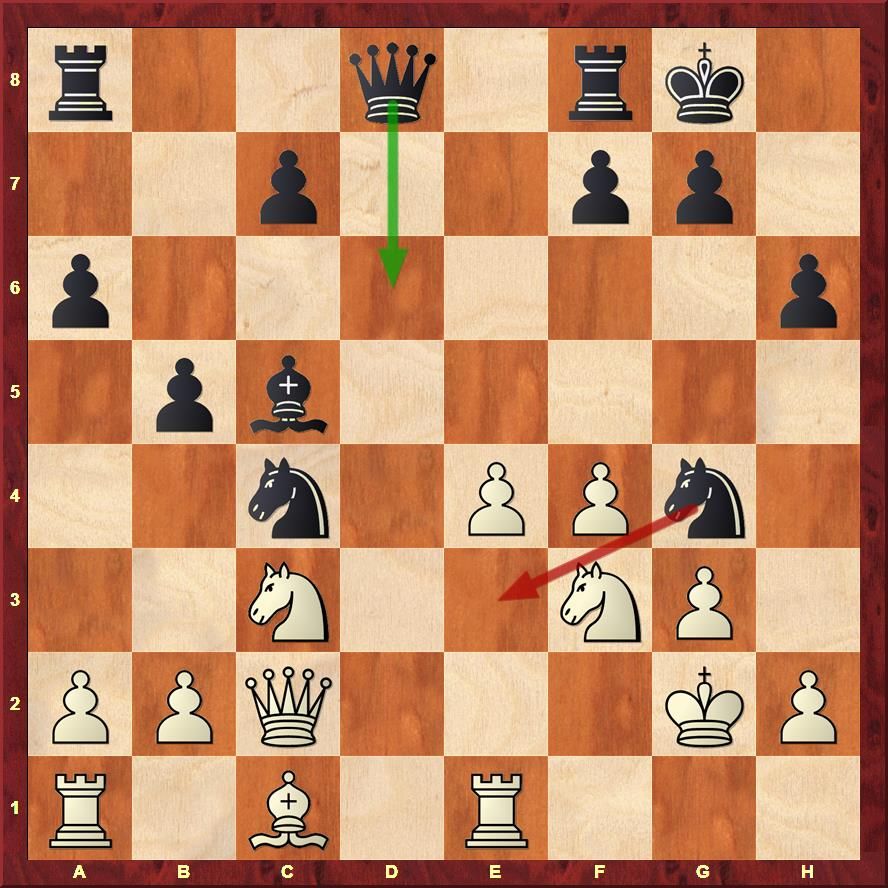 How many of us could resist the temptation of winning the exchanging with Nge3+ in favour of playing a netural move like Qd6. This showed a very high understanding of the game. 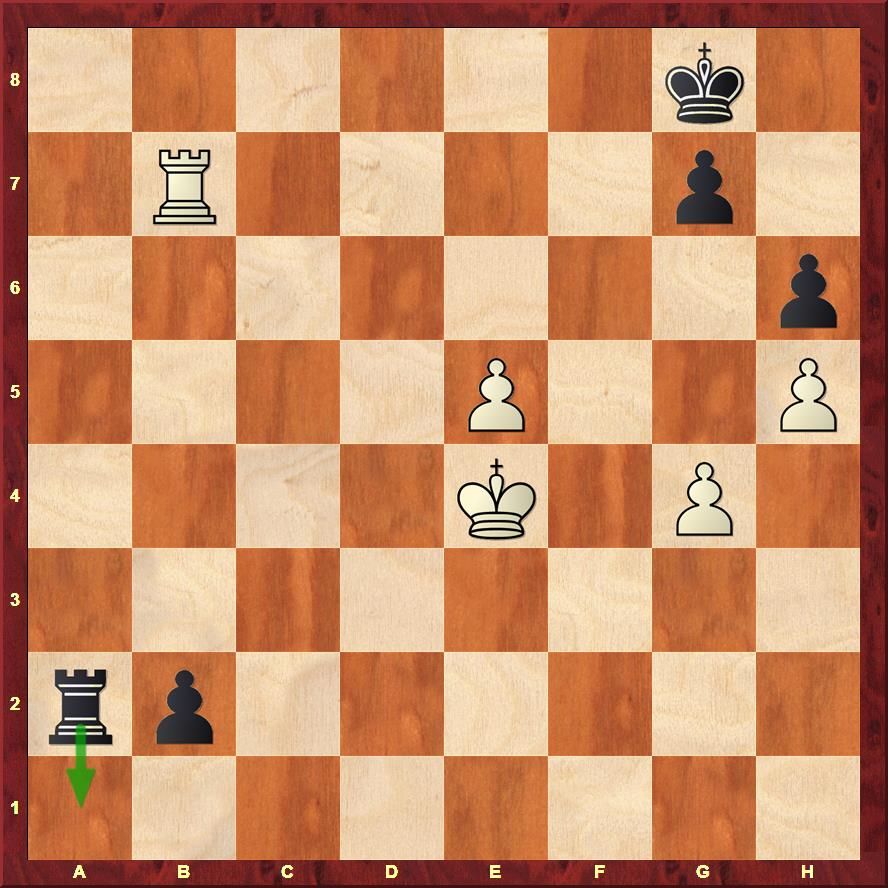 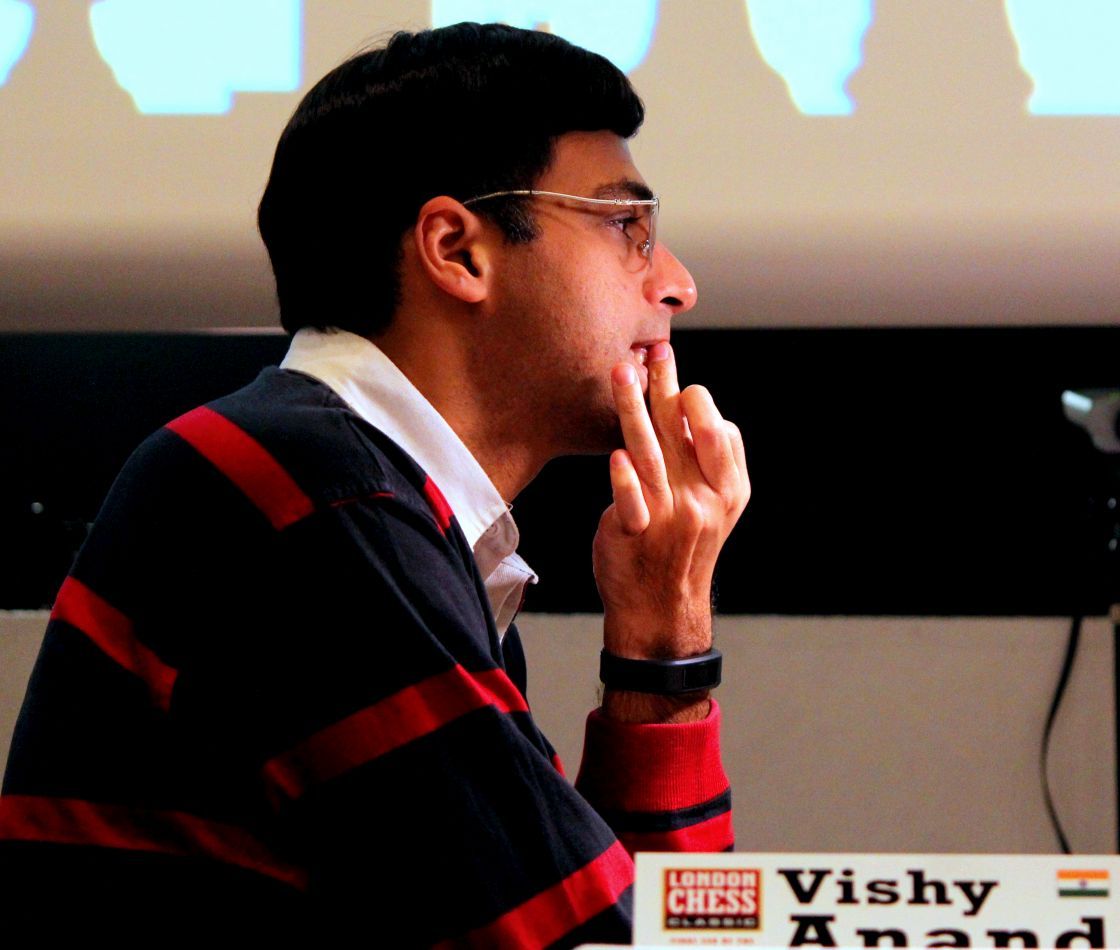 Caruana's opening novelty left Anand in quite a bit of tension 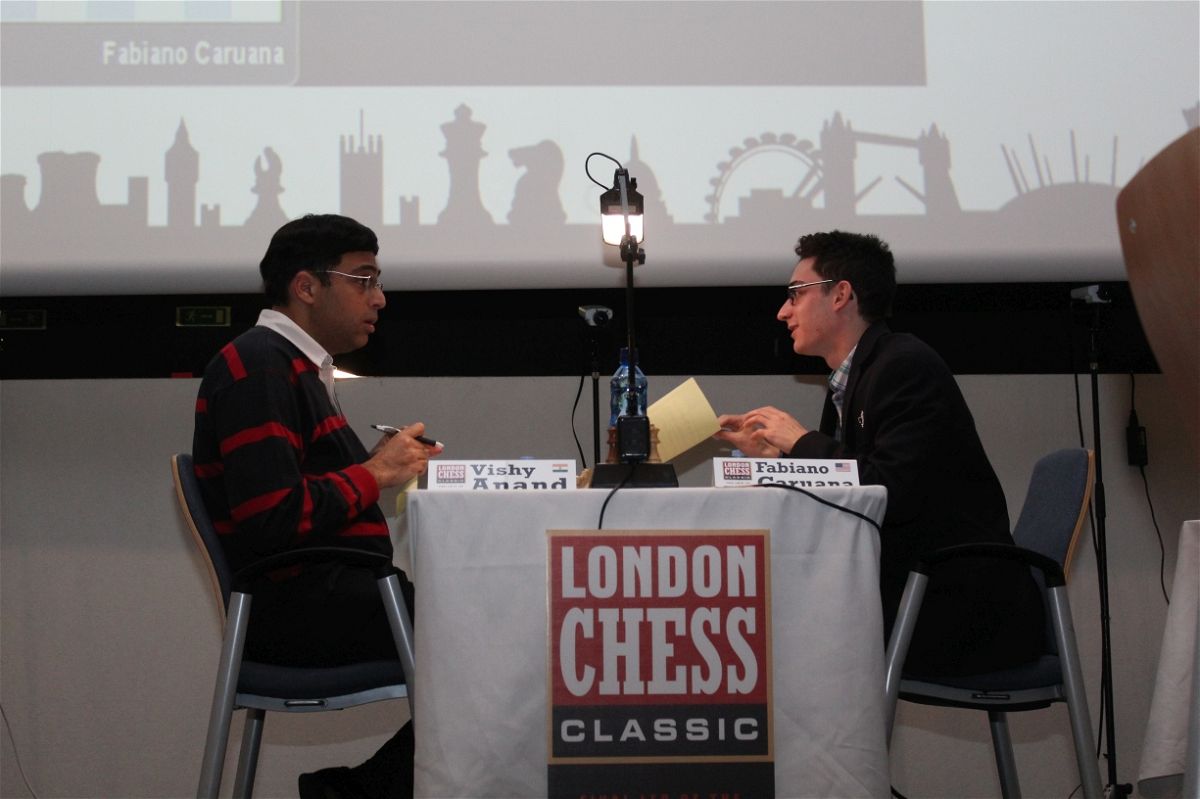 Post-game analysis: That was a really good game of chess!

In the ninh round, Anand faced one of the leaders of the tournament Anish Giri. Although he did not have chances to finish in the top three, the Indian grandmaster had a chance to decide the winner of the tournament. The game was nothing particularly special as both the players followed Anand's previous encounter in the Berlin against Magnus Carlsen. It was the first game to end in the round. 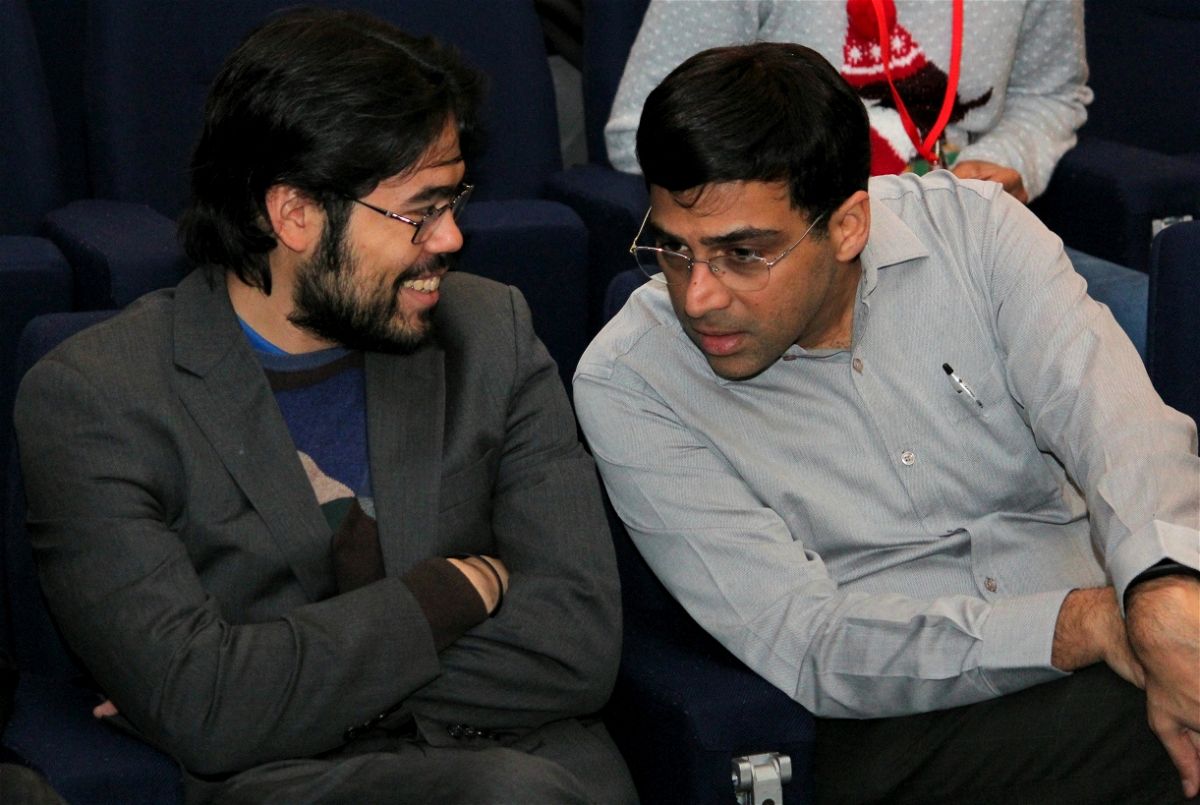 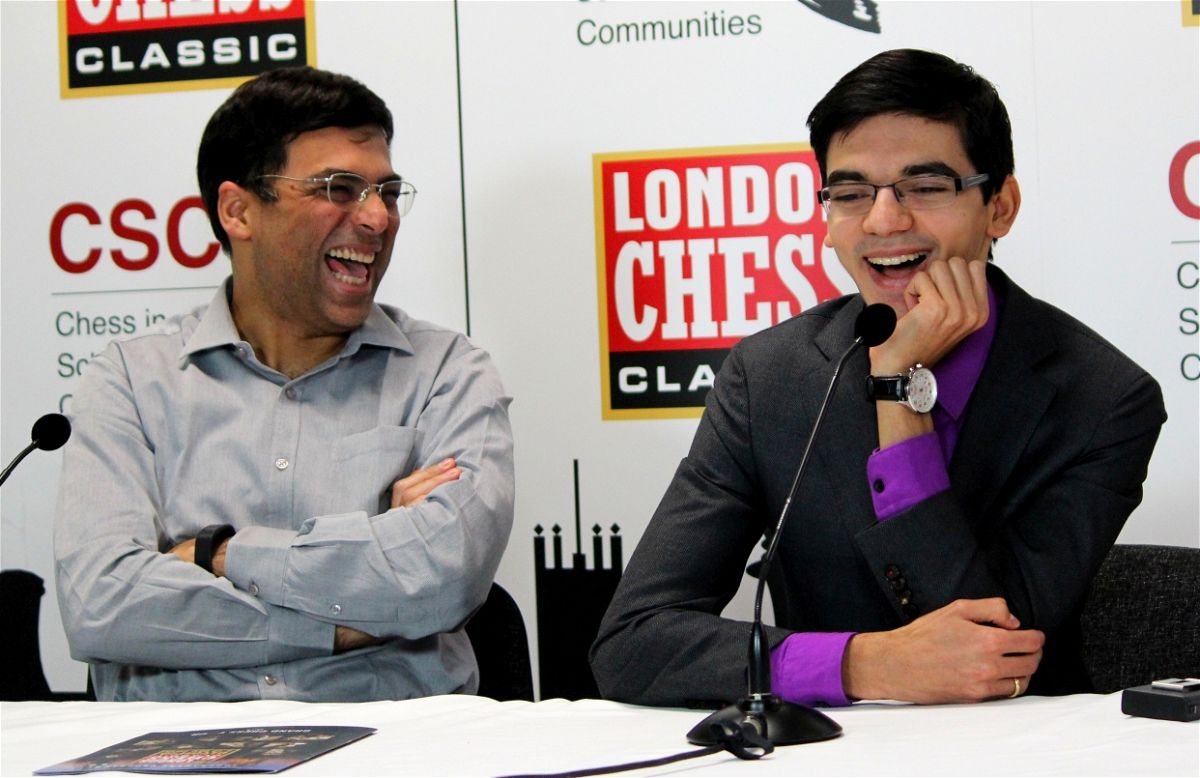 One of the most candid pictures of Vishy Anand ever captured
In the post game conference commentator Nigel Davies said, “We are looking at scenarios when the main games could end at something like 9 p.m. and then we would have the tiebreaks. We could be in for a long night, maybe until 3 a.m., and then if someone was to find a flaw in the tiebreak system, I cannot imagine what would happen!” To which Anand exclaimed, “That’s my dream scenario! It would be nice to wake up in the morning and read about it!”
That's when everyone started laughing and Amruta Mokal was ready with her camera to capture this perfect moment.
London Chess Classic 2015 final standings:
The Grand Chess Tour standings: 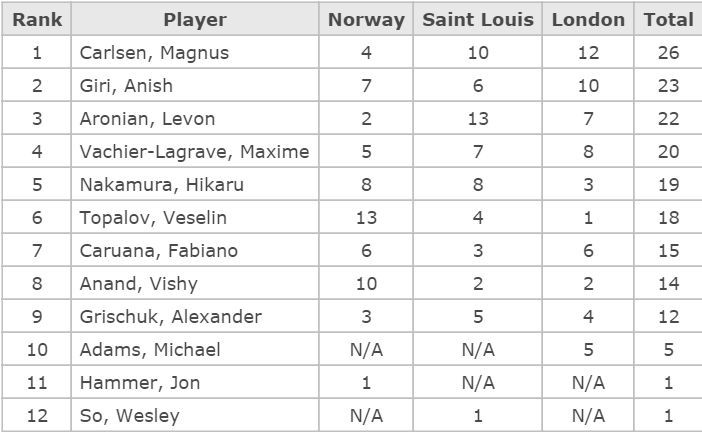 The tournament was a crazy ride that went on until midnight on Sunday, the 13th of December. After tiebreaks, rapid games and even Armageddon it was Magnus Carlsen who emerged victorious. 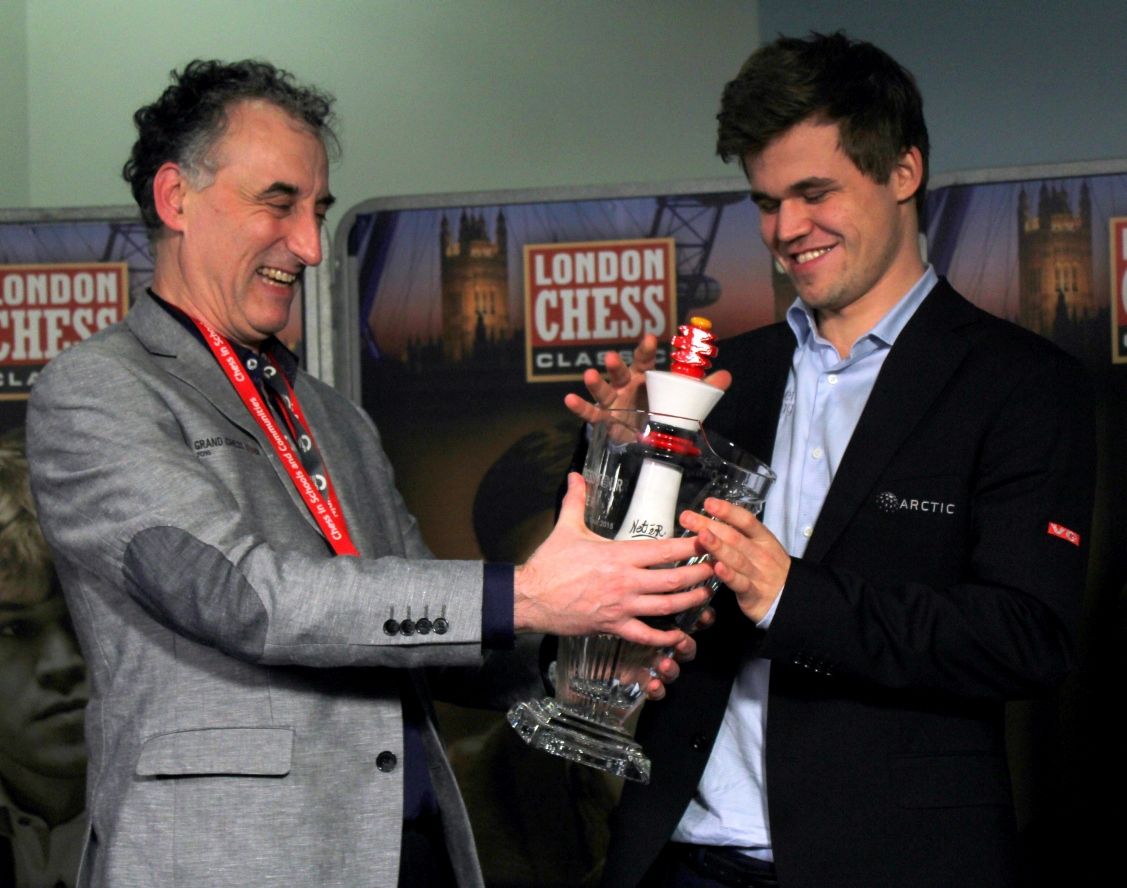 Tournament Director of London Chess Classic Malcolm Pein presents both the Grand Chess Tour as well as London Chess Classic trophy to Magnus Carlsen. He went back home richer by US $1,50,000.
For more details check out the ChessBase.com article covering the entire action that took place on Sunday.
Good news for the Indian fans is that Vishy Anand has made it to the Grand Chess Tour 2016. 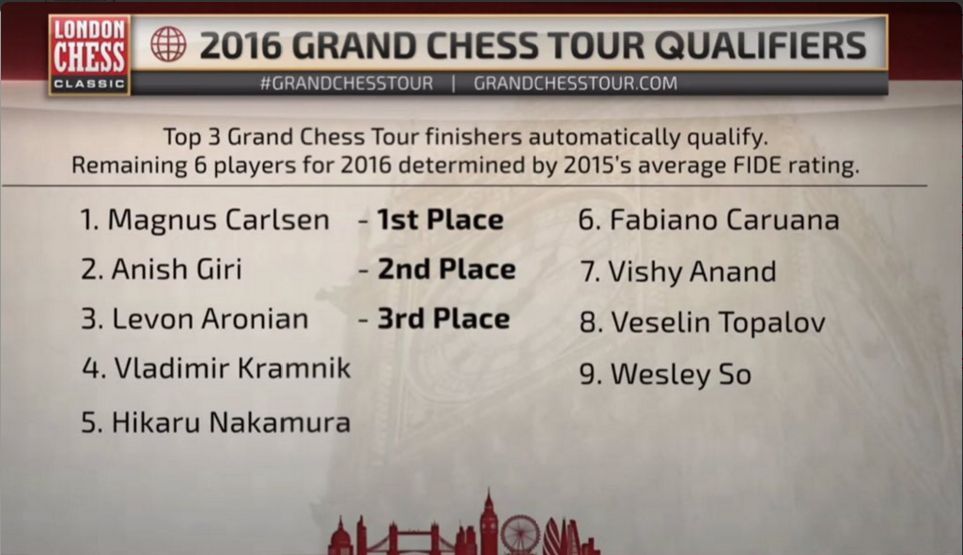 All the pictures in this report by Amruta Mokal