Vishy Anand began the Sinquefield Cup with 2.0/3. In the next four rounds he played out four draws against Ding Liren, Wesley So, Anish Giri and Levon Aronian. But none of the games were dull. All of them had something to learn from. We bring to you the critical moments of these four games along with analysis which will help you to understand Anand's play. Have a look at the analysis and also enjoy some beautiful images from the event.

In our previous article from round three at the Sinquefield Cup 2016, we reported that Vishy had spectacularly won against the World number two Maxime Vachier-Lagrave and was leading the tournament with 2.0/3. Four more games have been played and this is how the situation looks after seven rounds.

Currently Vishy is in the number two spot with 4.0/7. All the four games after round three have been drawn by him. But they were not without interest. Let's have a look at them one by one.

Anand played the opening in not such an ambitious fashion, but after just ten moves he had a completely acceptable position. Although he had the isolated queen pawn Ding could do very little as the black pieces were very active. Nothing spectacular happened and it was a great result for Anand, who drew without any sweat. 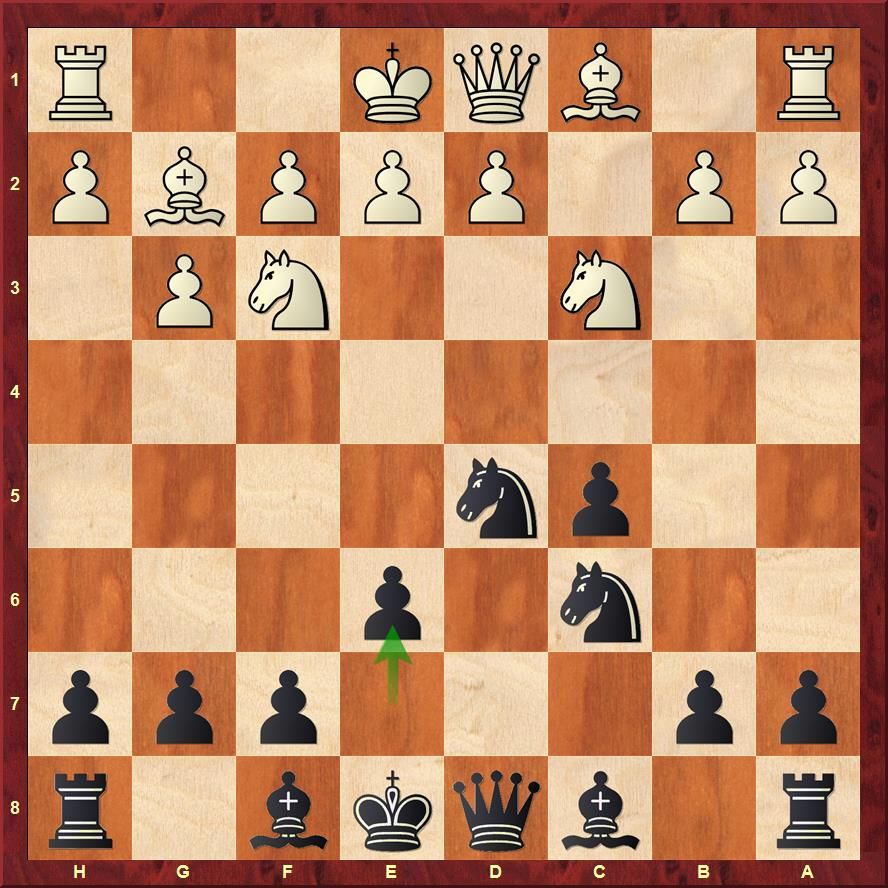 Anand's move ...e6 was unambitious but very solid. The main move is ...Nc7 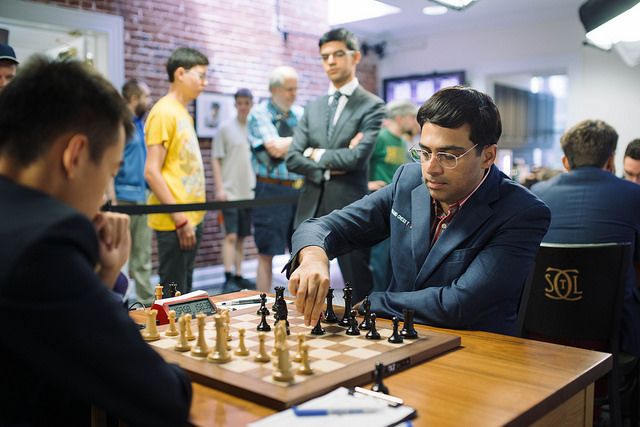 Anand playing the move 6...e6 which might have come as a surprise for Ding Liren 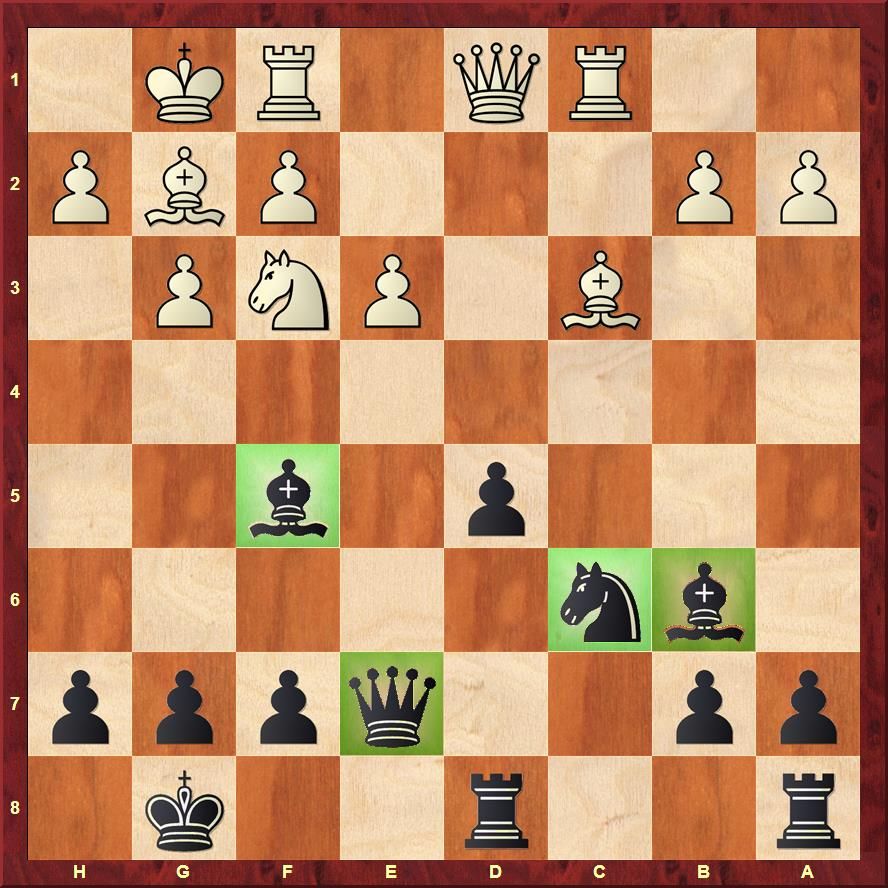 This is what Anand feels very well. Dynamic compensation in the form of active pieces for static weakness the Isolated Queen Pawn 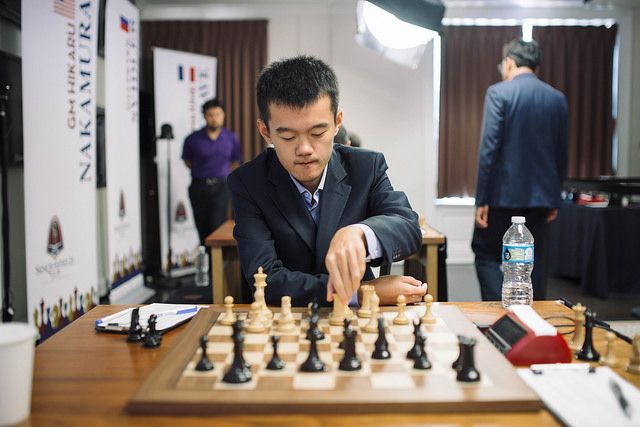 Ding tried all sorts of manoeuvres, but Anand's position was solid as a rock 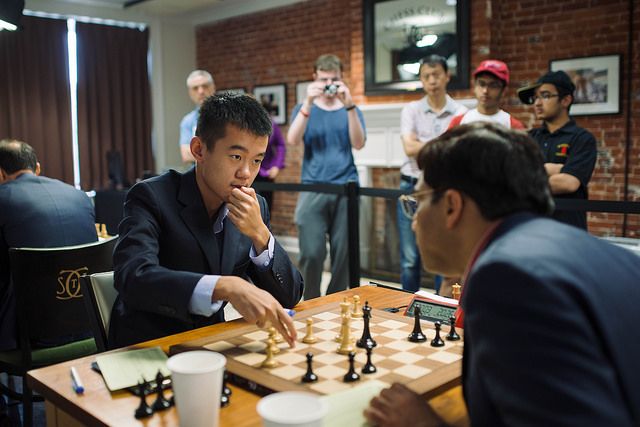 Should I have played f3 at some point? 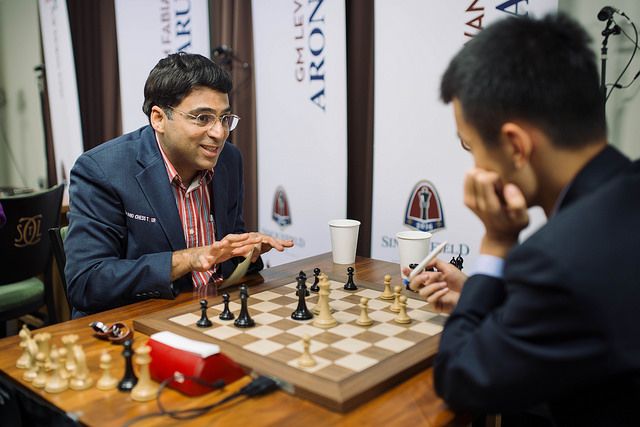 Anand vs Wesley So

Anand played the Guioco Piano with the white pieces which was met with a rare line by Wesley. But Anand's preparation was top notch as he blitzed out his moves. Wesley's preparation was even better as he showed a nice opening idea beginning with... 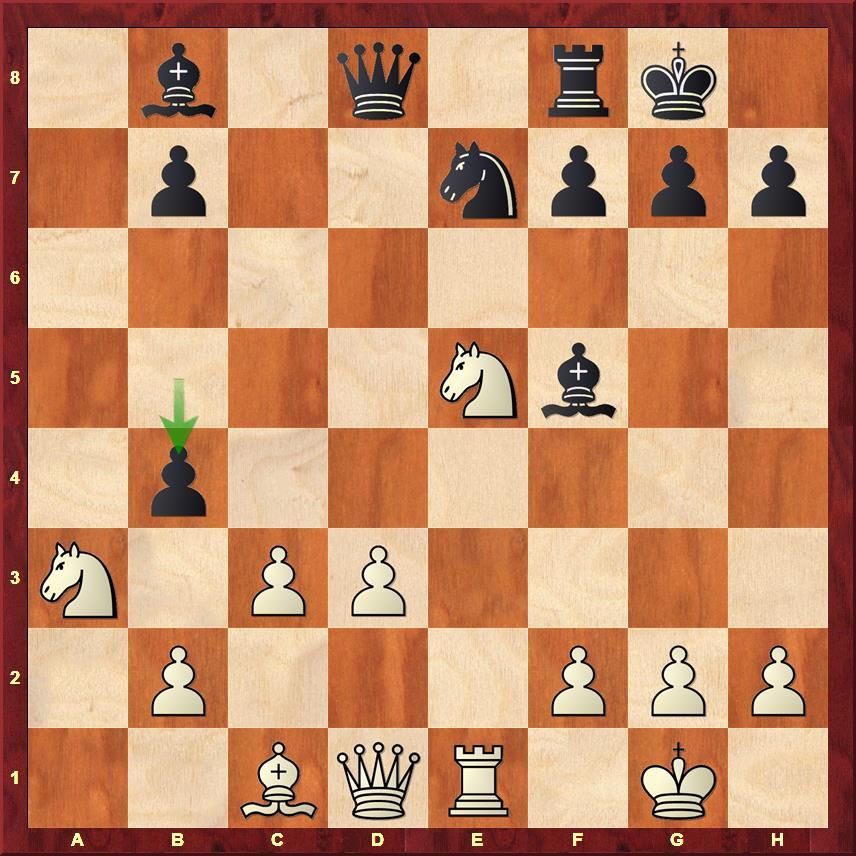 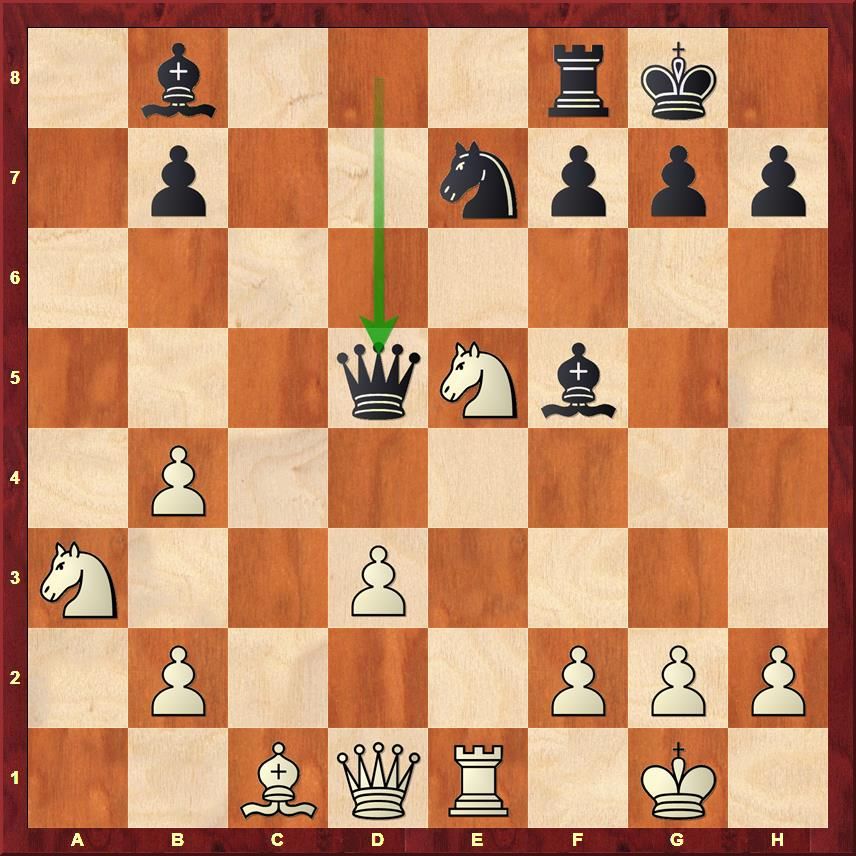 17...Qd5! With these accurate moves he equalized with Black and Anand had no chances for any advantage 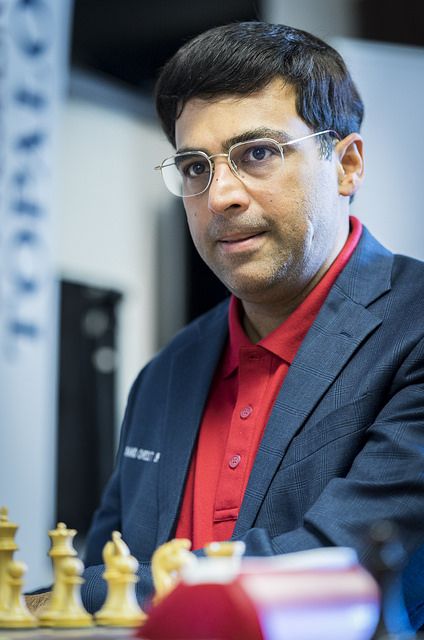 The look of a champion! 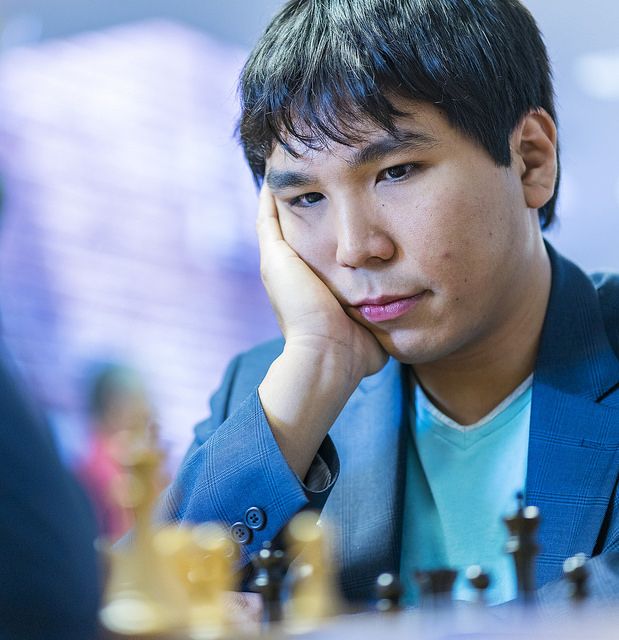 It's really worth learning from Wesley So, the way he maintains his composure during the game 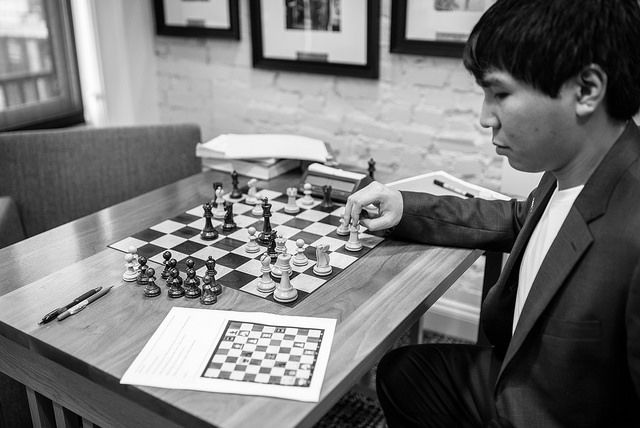 Vishy Anand came dangerously close to losing against Anish Giri, and it was only a blunder at move 40 that saved the Indian from certain defeat. The opening went fine for both players, in a fighting Semi-Tarrasch. The turning point came after 25…Rc4? due to a serious miscalculation. Anand realized it very soon and admitted he was shaken when he did. As much as he tried to recover his equanimity and position, Giri pressed his advantage well, albeit at a serious cost to his time. This ended up being crucial as a near certain win was thrown out the window on move 40 when he blundered with just four seconds left on the clock. After that it was accept the draw or be worse. 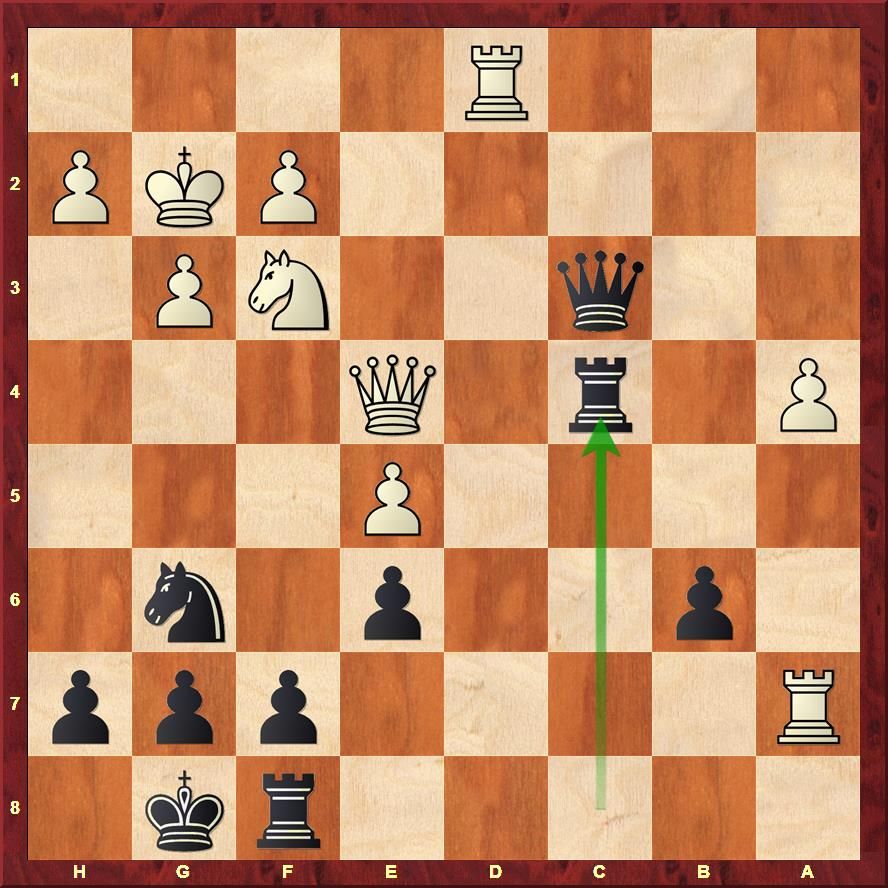 ...Rc4 was not really the best move but after Qb7 it takes real courage to drop back the rook to c8. Anand was actually planning.... 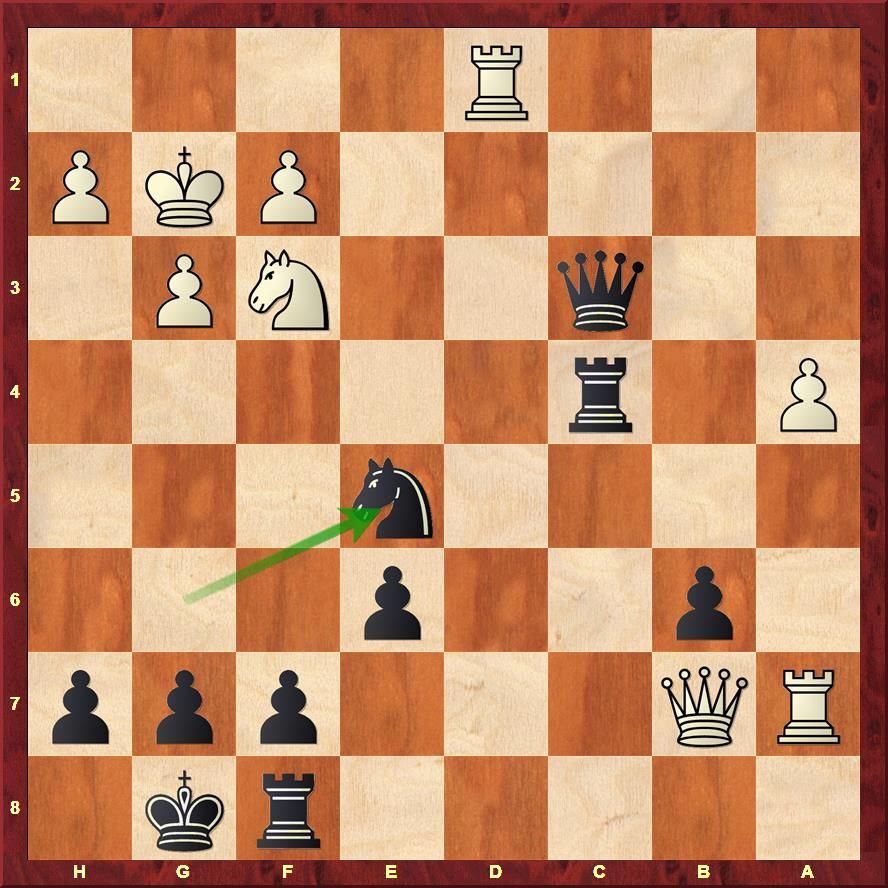 ....Nxe5. But it is a huge blunder. Do you see why? Answer is in the game annotations below. 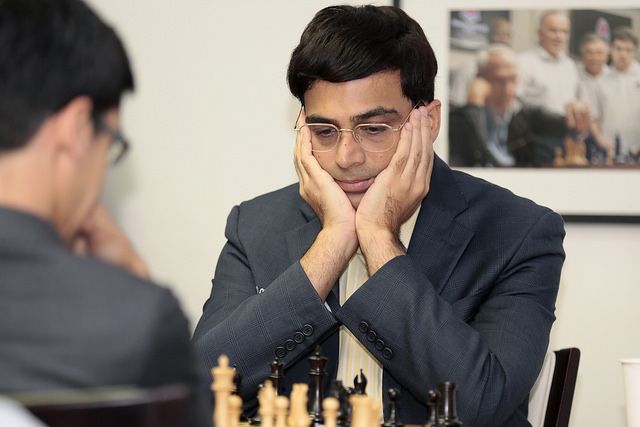 In the firing line was Vishy, in his game against Anish 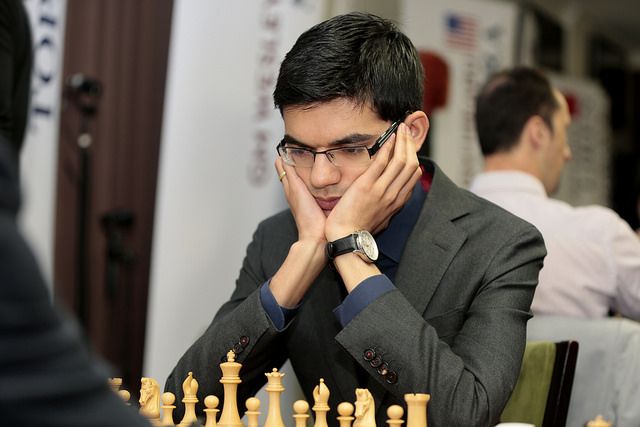 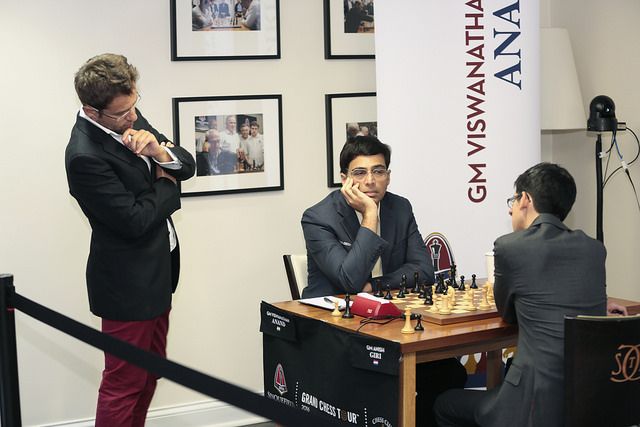 When you play Aronian with the white pieces and open with 1.e4, you better have a good idea with white, as the Armenian is excellently prepared in the opening. White hardly got anything out of the opening but then Aronian started going wrong. Anand had a bind over the position and his knight sat beautifully on the c5 square attacking the b7 pawn. But one inaccuracy and all his work was lost. The game ended in a tame draw. 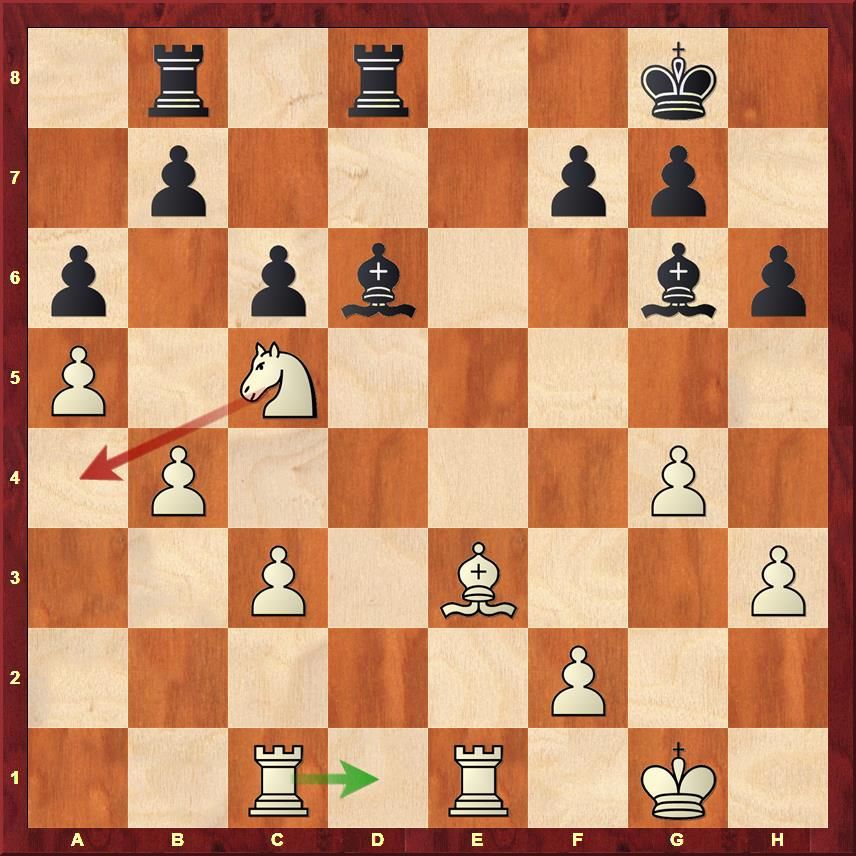 Anand went for Na4 in this position trying to keep his dark square bind on the queenside. Instead he should have simply played Rcd1, when the threat is to take on d6. And after Bxc5 Bxc5, the ensuing opposite coloured bishop+ rook endgame is quite in White's favour. 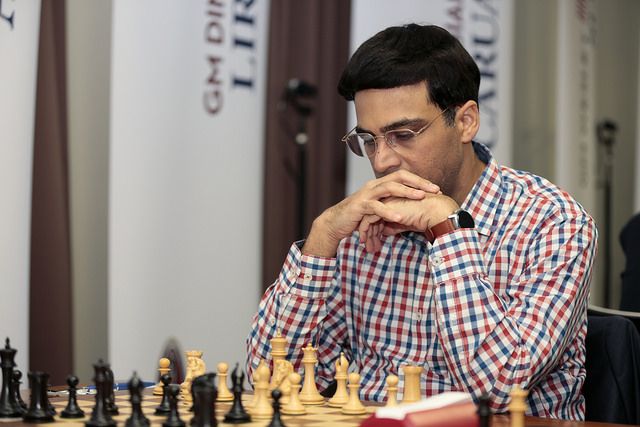 After a long article, here are the standings once again (in case you didn't notice it at the top of the report!)

With two games to go against Topalov and Svidler, Anand has excellent chances of winning this event. 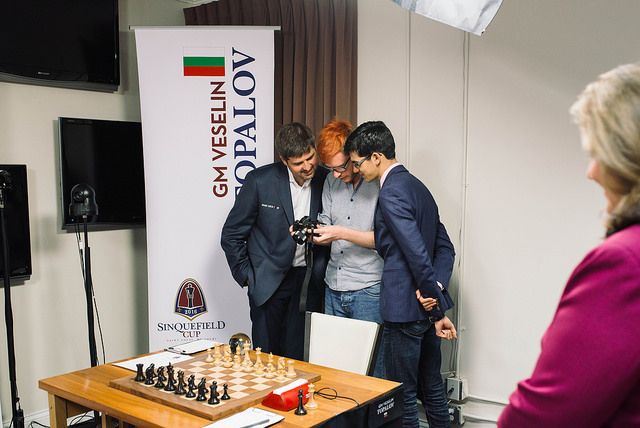 Lennart Ootes shows his creativity to Peter Svidler and Anish Giri. Can you guess what he did? 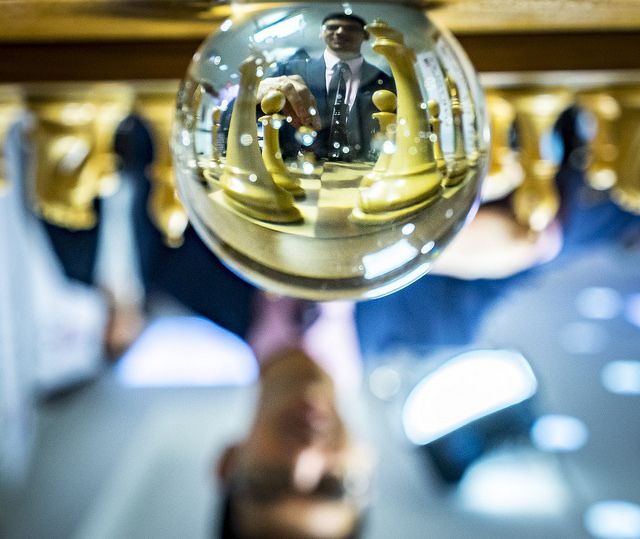 Anish in a crystal! 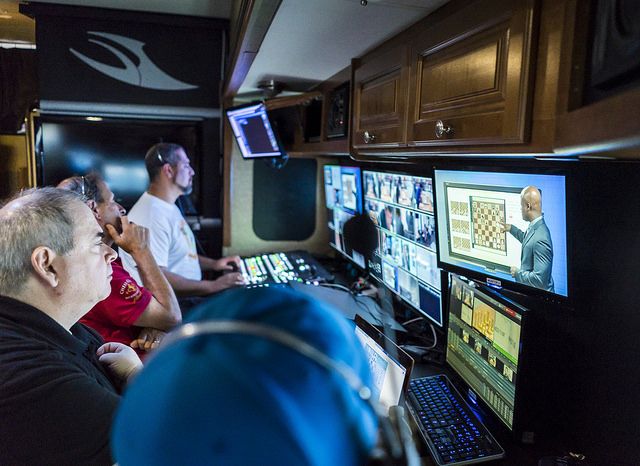 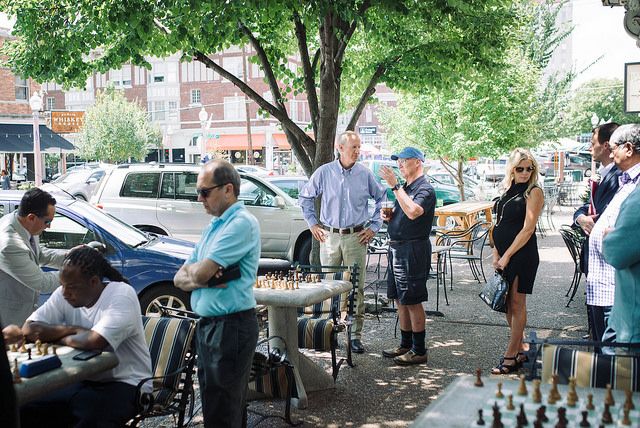 Outside the playing hall with Rex Sinquefield, the main sponsor of the event (man with the blue cap)
Official website