Nakamura is considered one of the best blitz players of our generation. The same was said about Vishy Anand a few years ago. As far as psychological advantage was concerned Nakamura held the edge as he had beaten Vishy Anand in their two previous classical encounters. But Anand has years of experience of playing in such top level events and he also had the white pieces. Everyone looked forward to the battle. However, thanks to the super solid Berlin Defence the game ended in a draw in 28 moves! We have detailed analysis for you:

Round five article in the popular online news website : Firstpost 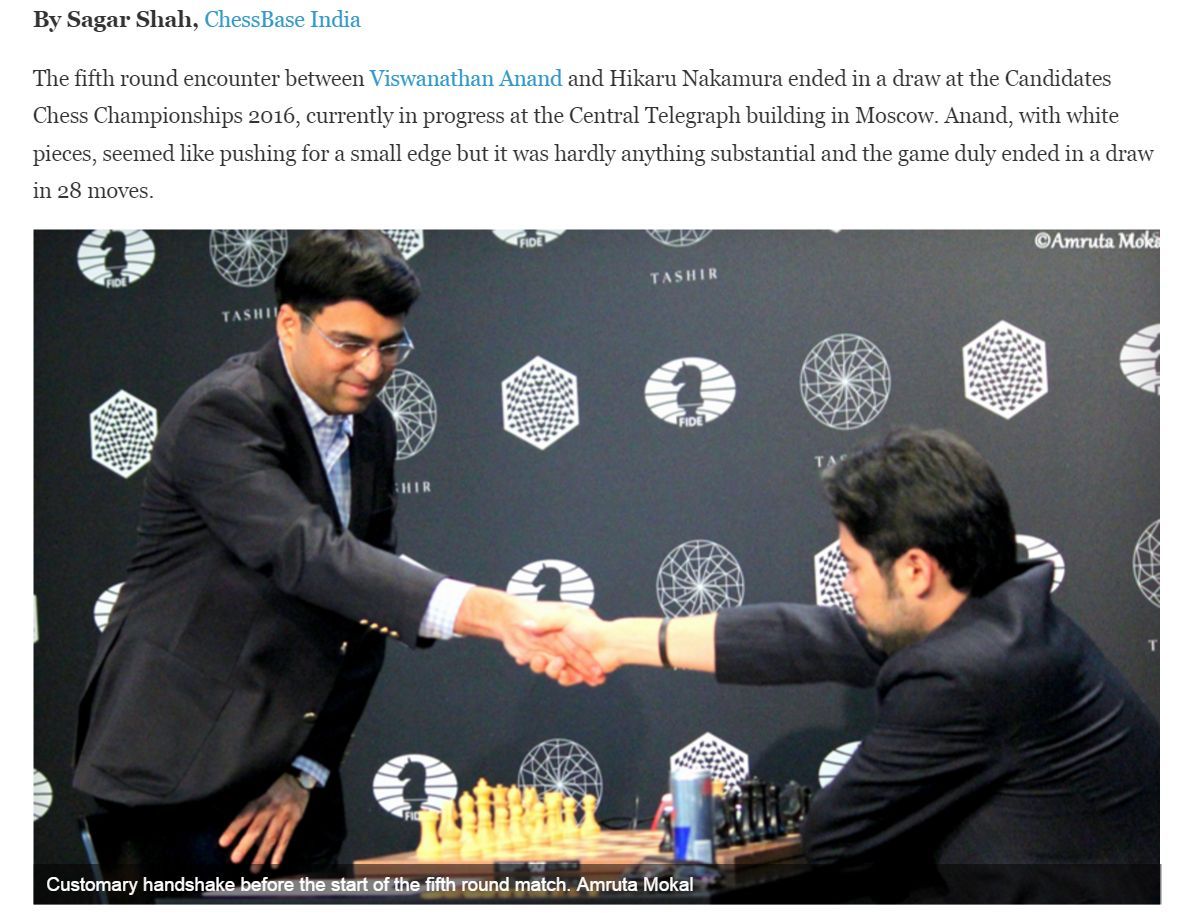 Anand's views on his fifth round draw with Nakamura