In a completely unexplored line, Anand with his team of seconds and powerful engines dug deep. They found new ideas which were impossible for Anish to deal on the board. Being the pragmatist that he is Anish took the safe way out, rather than testing Vishy's home preparation. The result was a quick draw in 31 moves. Here's the game with some detailed explanation by IM Sagar Shah.

Round seven article in the popular online news website: Firstpost 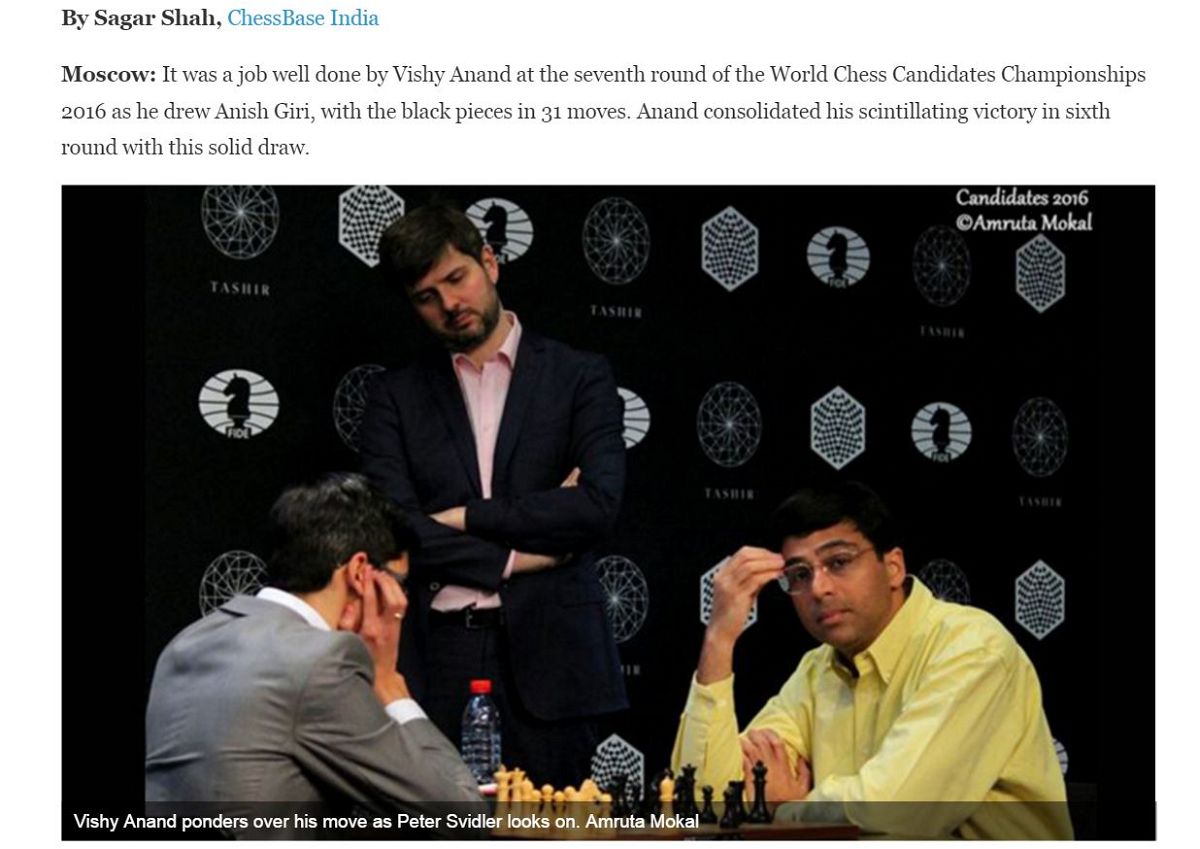