With a draw in the third round against Fabiano Caruana, Anand maintains his joint lead at the event. It was truly a fine game by Vishy as he systematically tried to ground down the young American. In fact the Indian ace was better on many occasions but it just didn't prove enough to win. Going into the rest day Anand will have time to relax and prepare for his next encounter with Sergey Karjakin. As of now you can enjoy round three annotations by IM Sagar Shah.

Round three article in the popular online news website : Firstpost 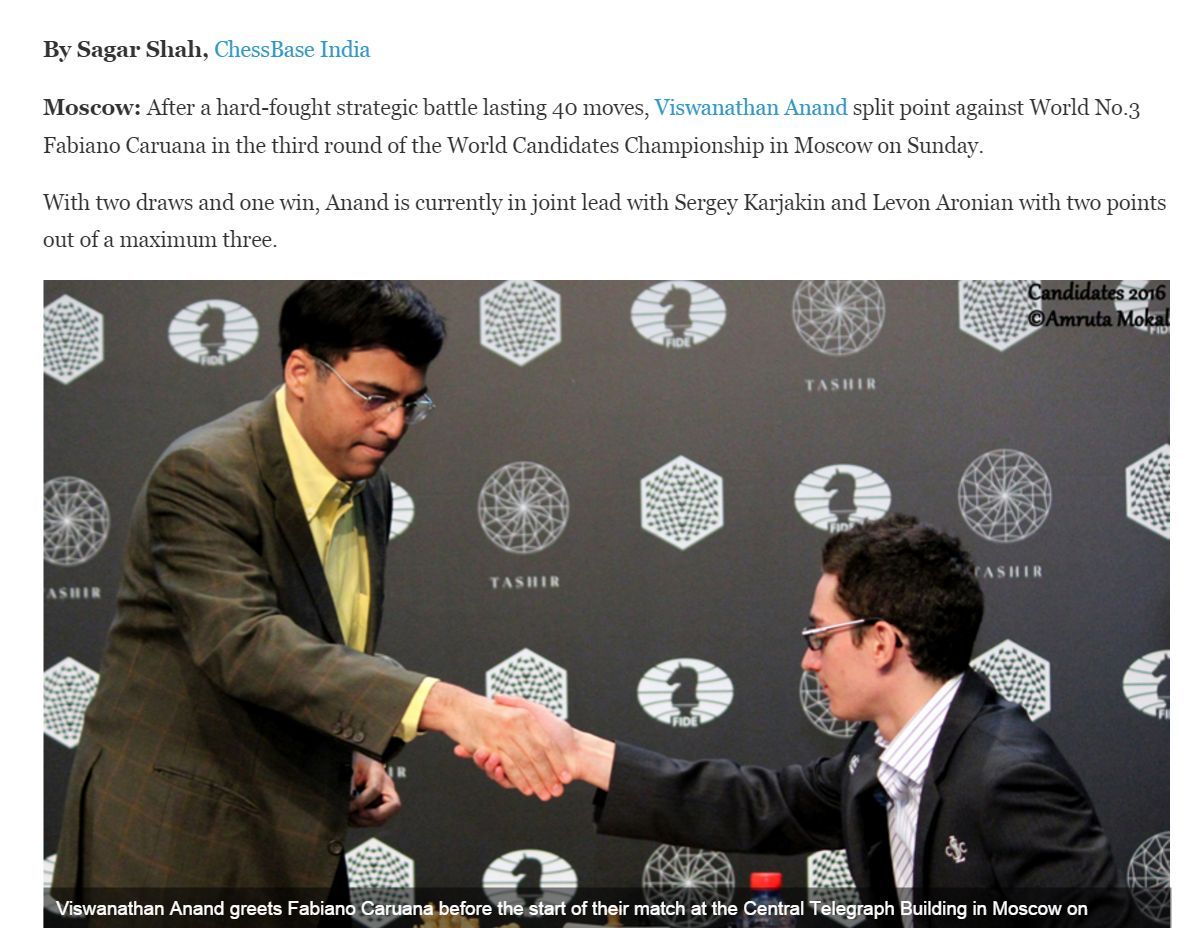