Aronian and Anand split point in a theoretical battle

After a resounding victory in the first round, Vishy Anand faced Levon Aronian in round two. It was a highly theoretical and modern variation of the Queen's Gambit Declined, in which both the players were armed to the teeth with excellent home-preparation. Until move twenty they played moves that were already known by them and with some careful manoeuvring Anand was able to easily hold the draw with the black pieces. A fairly successful result for the Indian champion. We have in-depth game analysis from Moscow by IM Sagar Shah.

Round two report on the popular online news portal: Firstpost 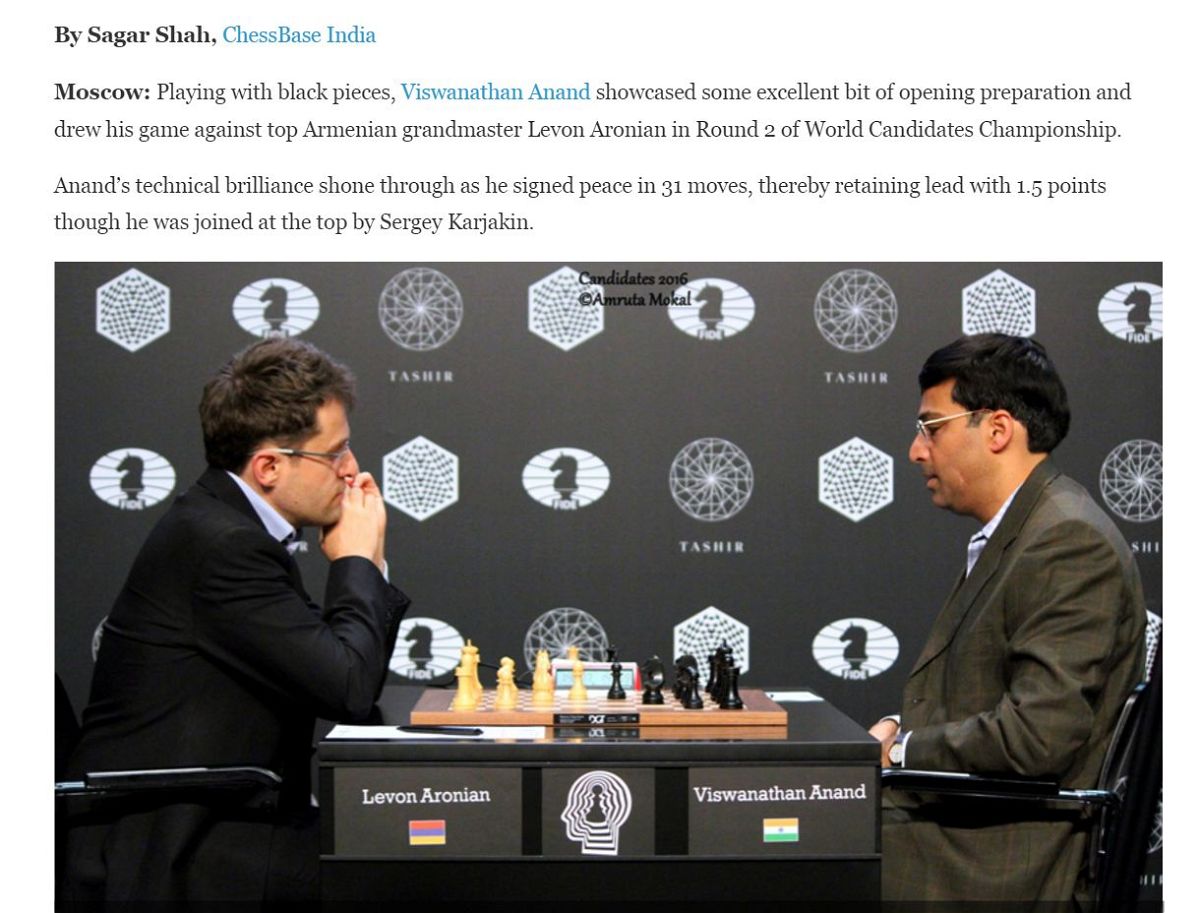