Just like the Khanty Mansiysk Candidates in 2014, Vishy Anand began his campaign with a win in the Moscow Candidates 2016. He won a topsy turvy battle over Veselin Topalov. With this win Anand is the sole leader of the event as all the other three encounters ended in draws. We have the entire game between Anand and Topalov annotated in great detail by IM Sagar Shah.

The article with Vishy Anand's has been published on Firstpost. here's an excerpt:

It was a great start for Indian chess maestro Viswanathan Anand at the Candidates' World meet as the five-time World Champion beat Bulgarian number one Veselin Topalov and took sole lead in the event with a score of 1.0/1.

Experts have not given the India Super GM much of a chance of winning the tournament, just like they did in the 2014 edition of the tournament. Anand had then pulled off a stunning victory and going by his early form, looks set for a strong finish this year too.

You can click on the picture of the article below to read the entire article: 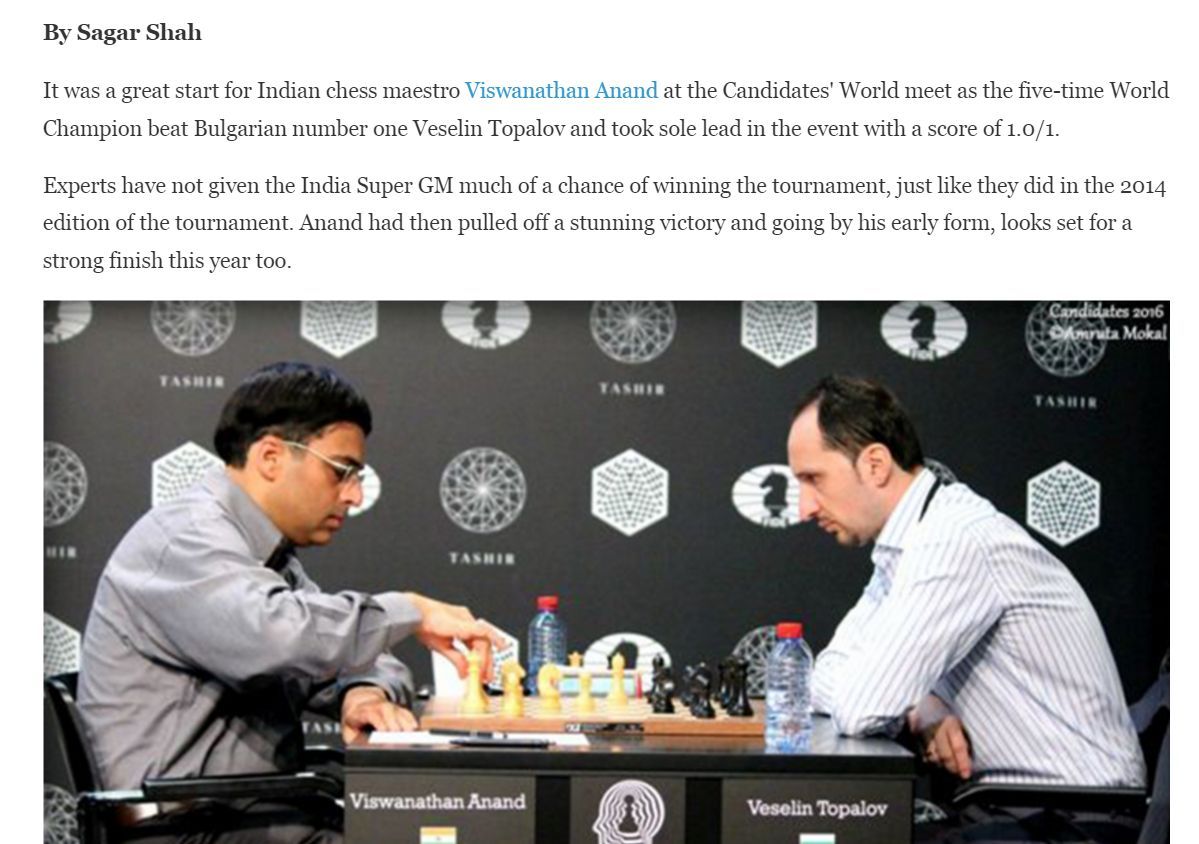