An endgame lesson by Vishy Anand!

“Happy Holi, Vishy! Can I put some colour on you?” these were the words with which a little girl approached Anand as he was about to leave the tournament hall at the end of a long day. “Happy Holi to you too, but no colour!” replied Vishy with a smile. After five and half hours of grinding on the chess board and then giving interviews, posing for pictures, signing autographs, and being extremely hungry, the last thing that Vishy wanted to do was to take a shower! It is truly ironic that even though Anand didn’t want to indulge in festivities of Holi, he had filled the life of every chess lover in the country with colour and glow. He played an amazing endgame to beat Sergey Karjakin in the 11th round of Candidates 2016. Detailed analysis by IM Sagar Shah

Round eleven article in the popular online news website : Firstpost 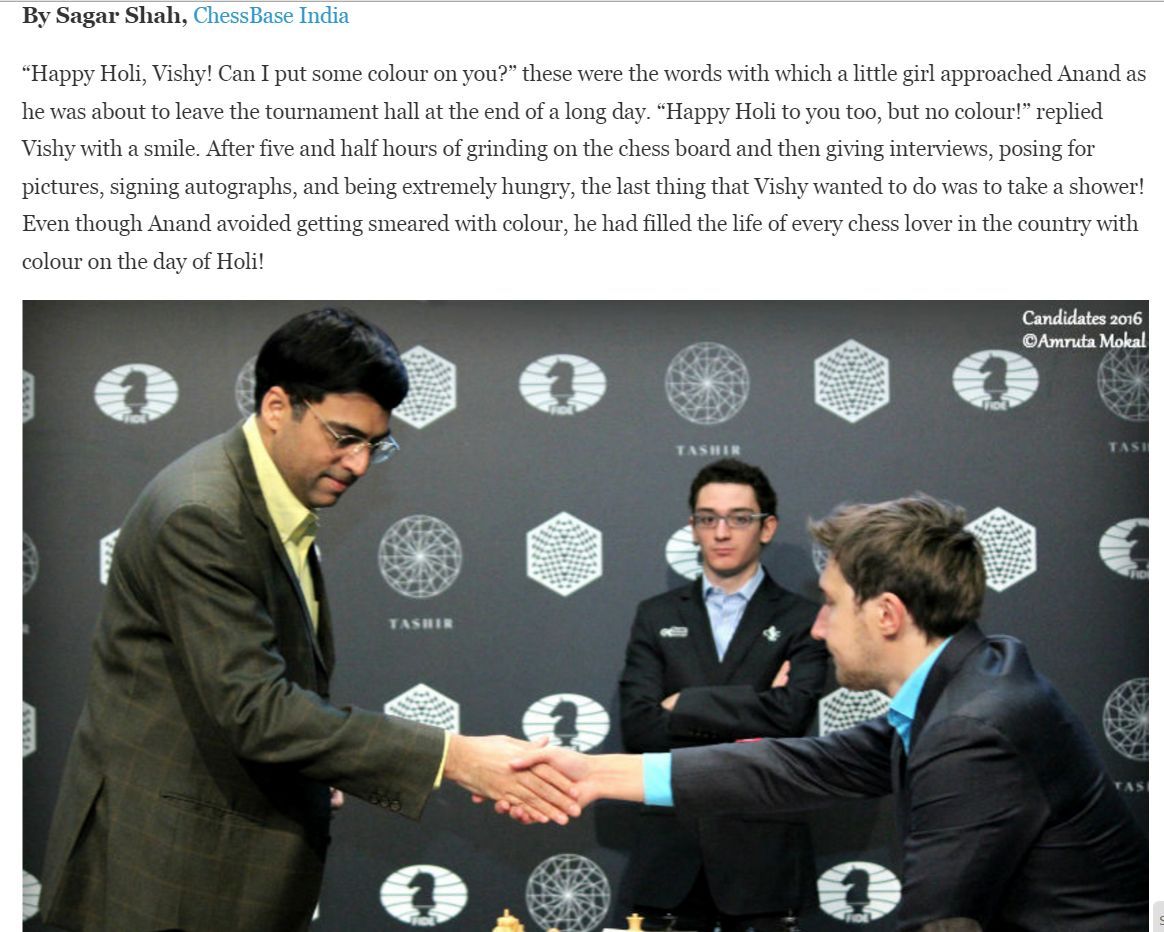