Vishy Anand played a fine game to get the better of Armenian number one Levon Aronian. The Berlin had been posing certain problems to Anand in this tournament, so he switched to the Guico Piano with the aim of getting a fresh non theoretical position. As it turned out White got a small edge out of the opening which increased due to a few careless moves by Aronian. Vishy's endgame play was a piece of art, mixing objectively strong moves with subtle psychology. The result was a near to flawless Capablanca/Smyslov like endgame victory. Detailed analysis by IM Sagar Shah.

Round nine article in the popular online news website : Firstpost 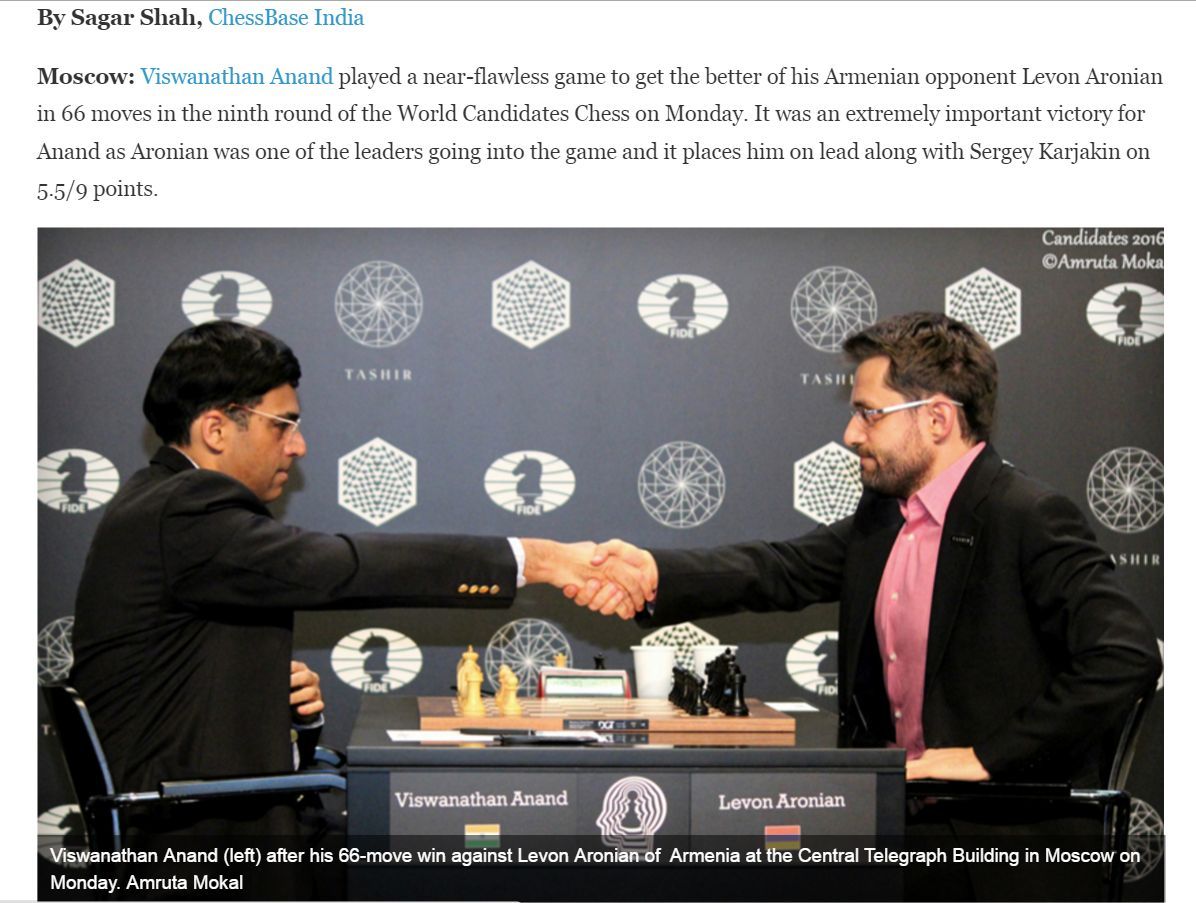