How good is Vishy Anand at Table Tennis?!

Anand was the chief guest for the launch of the Ultimate Table Tennis tournament and the first match featuring the RPSG Mavericks against Falcons TTC. He played a game with Niraj Bajaj, one of the promoters of the tournament. Anand used to play a lot of Table Tennis when he was young. He said, "I have not played Table Tennis for a long time but I used to play it as a kid.” Read the article to know how good is Vishy at Table Tennis! 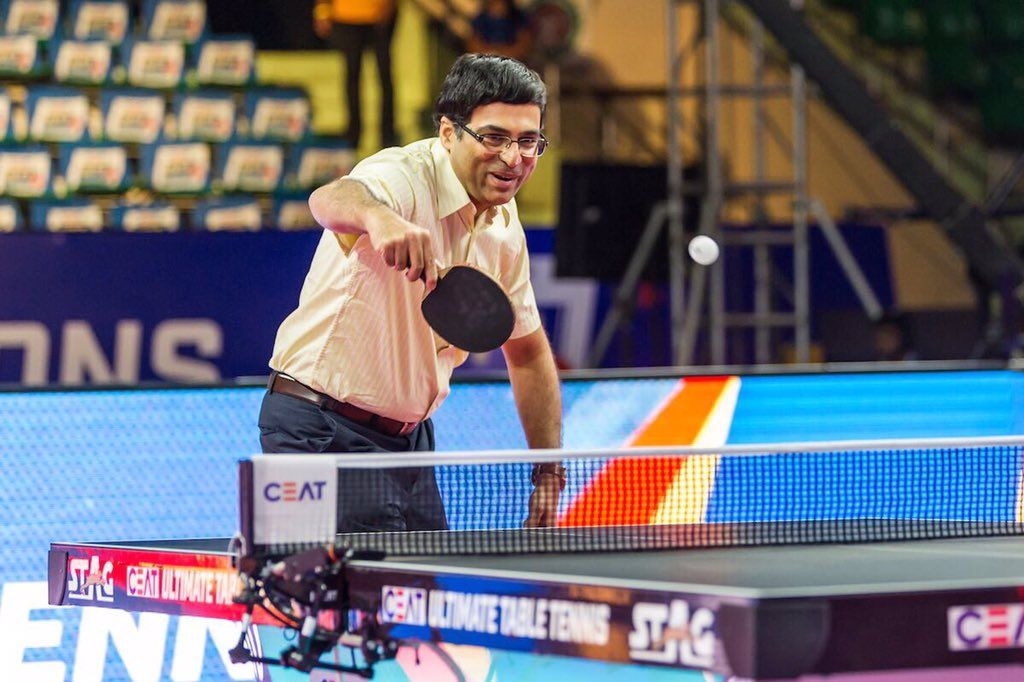 How good is Vishy Anand at table tennis?!
Well, we think he is pretty good, just rusty! A few practice sessions and he should around 2200 Elo! Check the video below:

Anand was the chief guest for the launch of the Ultimate Table Tennis tournament and the first match featuring the RPSG Mavericks against Falcons TTC. “Any sport benefits when you see the world’s best players compete. When you see how they make the difficult look simple, it inspires the fans to take up the sport. This is an excellent opportunity for fans in India to witness something special. On top of that, the format is unique and exciting and that makes a big difference,” Vishy Anand said. 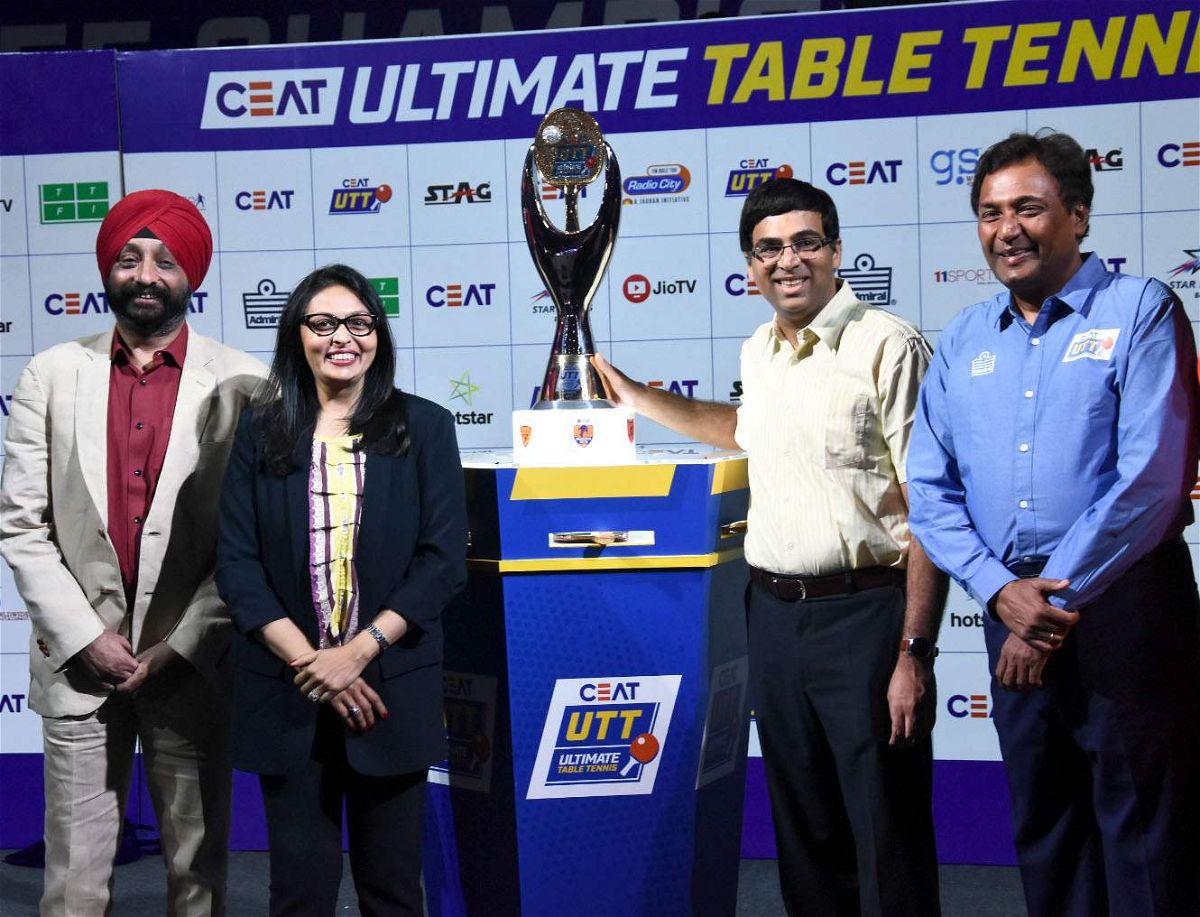 The opening took place at the Jawarharlal Nehru Stadium in Delhi

It only remains to be seen when chess would get its league tournament. Starting with IPL for cricket, India now has leagues in Badminton, Table Tennis, Tennis, Kabaddi, Hockey and almost all the major sports. It's high time that something should be done in chess. Newly elected AICF Secretary Bharat Singh Chauhan speaking to ChessBase India a few days ago had said, "The Indian Chess League has been doing the rounds. We should take a call that it should start maximum by early 2018." 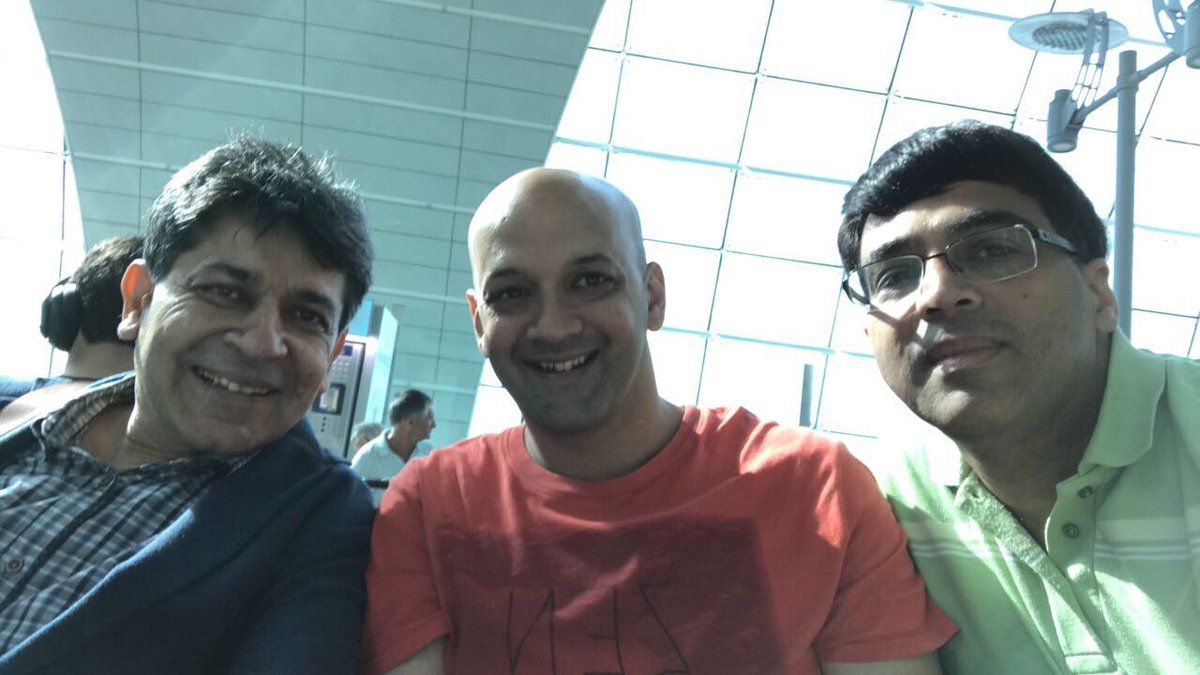 The force behind Olympic Gold Quest (OGQ). Vishy Anand with Billiards legend Geet Sethi (left) and Hockey ace Viren Rasquinha.
The trio are going to the USA. Vishy will be taking part in the Sinquefield Cup from the 31st of July and then play in the Saint Louis Rapid and Blitz where Garry Kasparov would be participating. We hope that Vishy comes out all guns blazing in America!

THE Question that occurs for a journalist right now: 'WHY's he holding a TT bat? Is he going to RETIRE from #Chess?!' @vishy64theking https://t.co/CoGsuTcqAu

IM Saravanan at his sarcastic best!