The Aeroflot Open 2017 was one of the most important tournaments from an Indian point of view in the last few days. Big stars like Adhiban, Sasikiran, Sethuraman, Vidit, Abhijeet and many more grandmasters were taking part at the event. While none of them could achieve anything special, there were fresh names who performed really well. We take a look at them and give you an idea about how Indian chess is really growing in a huge way. If one player doesn't perform well, someone else does! Detailed report with pictures, analysis and much more.

Back in 2000s, I was very interested in cricket. In that period cricket in India was synonymous to one name - Sachin Tendulkar. The moment he entered the field to bat everyone would leave all the work and watch the master in action. When he was dismissed, hearts were broken all over the nation and people slowly shut down their televisions or lost interest in the game. Although cricket was a team game, it had become a one-man show.

The same was the case with Indian chess! Being an individual sport, things are quite different here. But we had this gem of an individual performing all alone at the elite events for many years. Chess in India had become synonymous to Vishy Anand. While Anand still remains our best player by quite some margin, recent events have shown that we are a fast improving nation. Harikrishna, as per Elo, is right behind him. Adhiban by finishing third at the Tata Steel Masters made a very strong announcement. Of course, Vidit, Sethuraman, Sasikiran, Abhijeet Gupta, Ganguly on their better days can give the best in the business a run for their money.

And the amazing thing is that our development is not just limited here. We also have the next tier of players including Karthikeyan Murali, Aravindh Chithambaram and S.L. Narayanan who are fast improving and will very soon enter the 2600 zone! And then the two little gems: Praggnanandhaa and Nihal Sarin! Suffice it to say, we have the back up that will last for a very long time in the coming years. 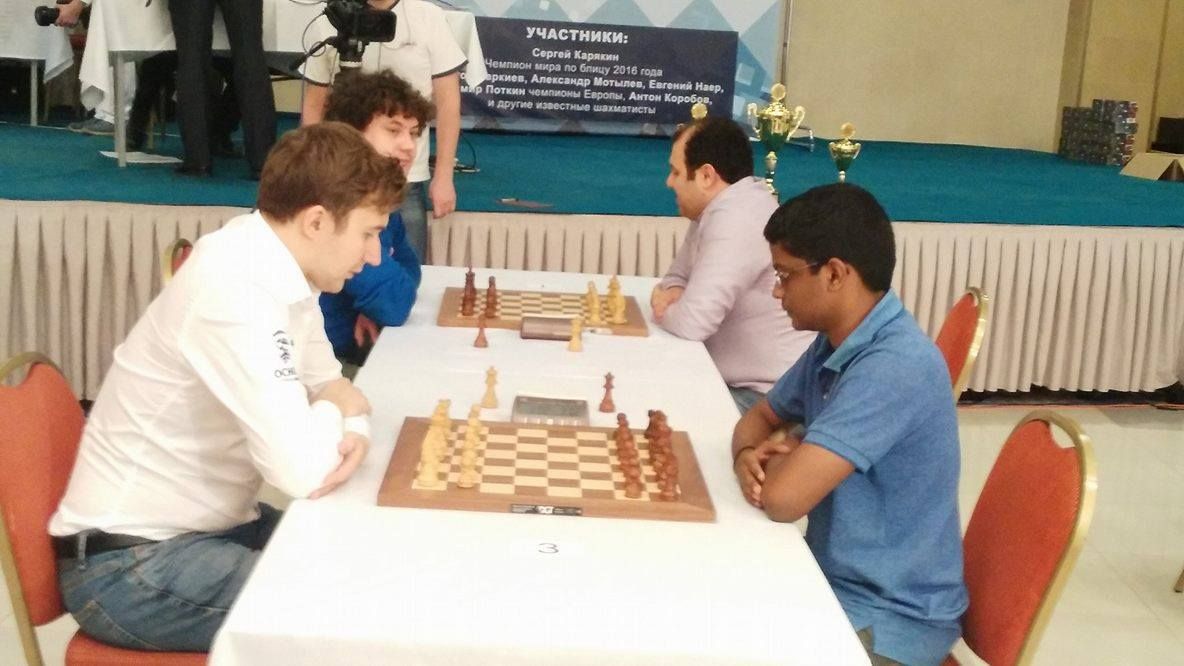 Could you ever imagine that our 18-year-old S.L. Narayanan would beat the World blitz champion Sergey Karjakin 1.5:0.5 in their mini-match at the Aeroflot blitz?!

The Aeroflot blitz is held after the normal Aeroflot event comes to an end. It is a huge tournament with 18 rounds (2 against the same opponent with different colours). A lot of the top players attend it because of the high prize fund. The winner takes home 5,000 euros! Sergey Karjakin, who lives in Moscow, decided to participate in the blitz tournament. He was beaten 1.5-0.5 by S.L. Narayanan. An amazing performance! 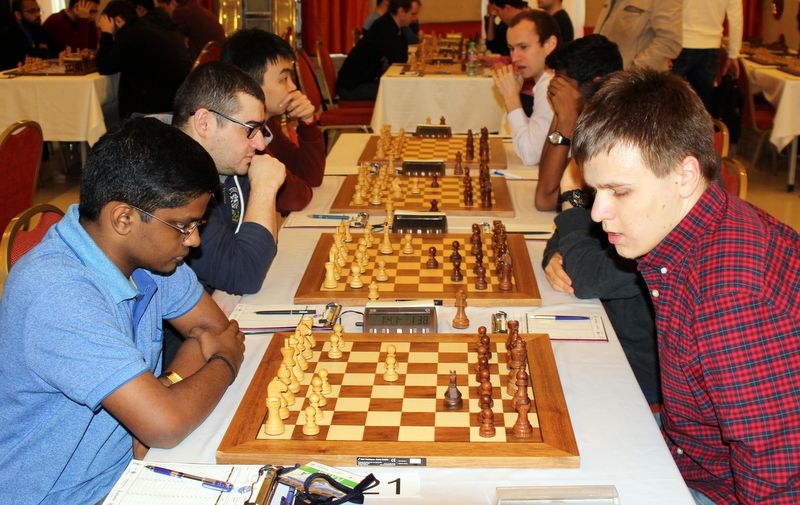 It was not just the blitz, Narayanan also turned out to be the best performer for India in the A group, finishing 13th in such a strong field 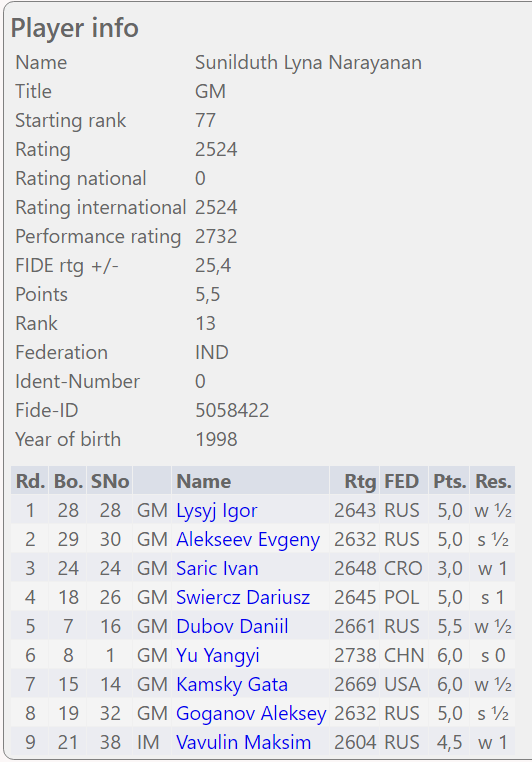 A performance of 2732 and gaining 25 Elo points is just something truly phenomenal! 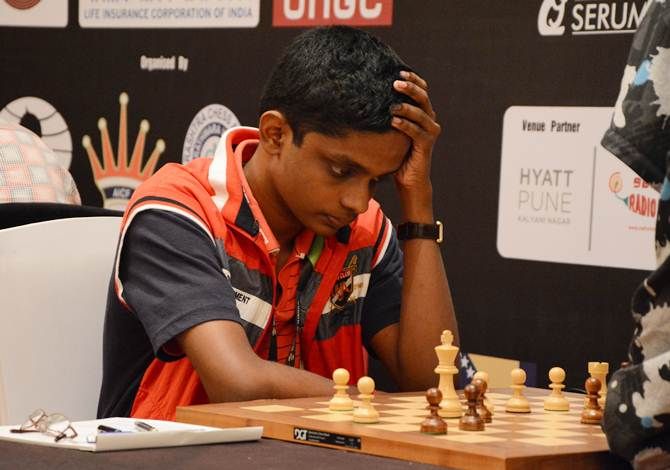 He is one of our brightest talents. Narayanan has a page on milaap.org where you can contribute to his further growth in chess. You can have a look at it here. 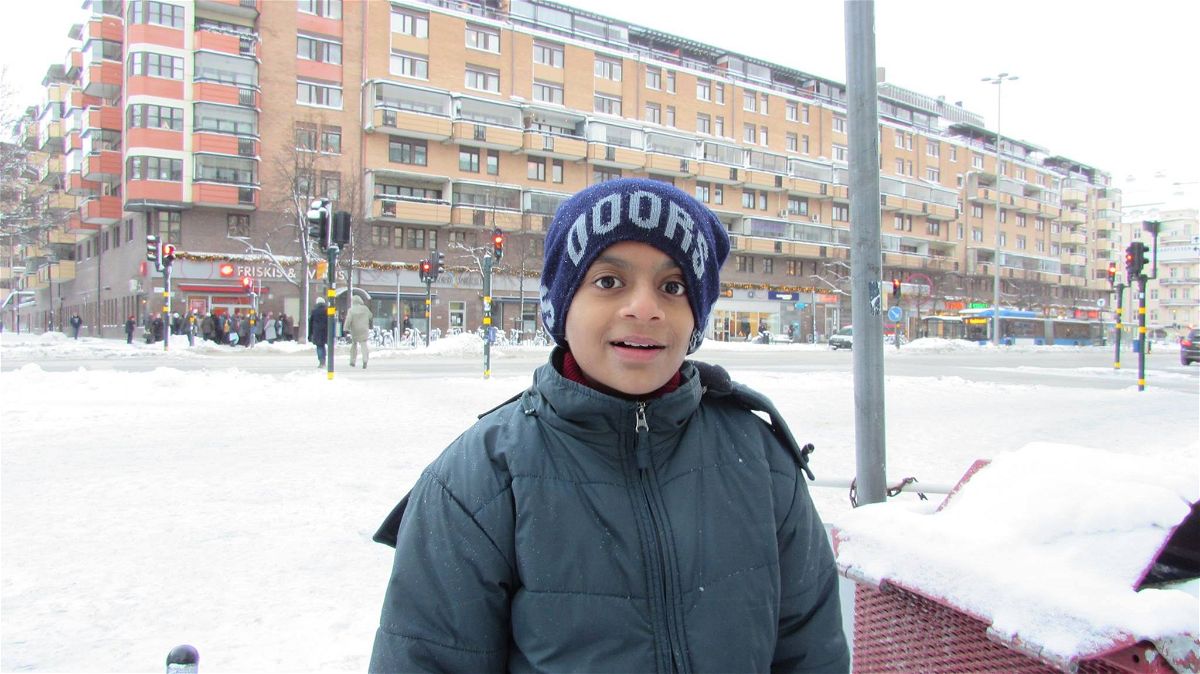 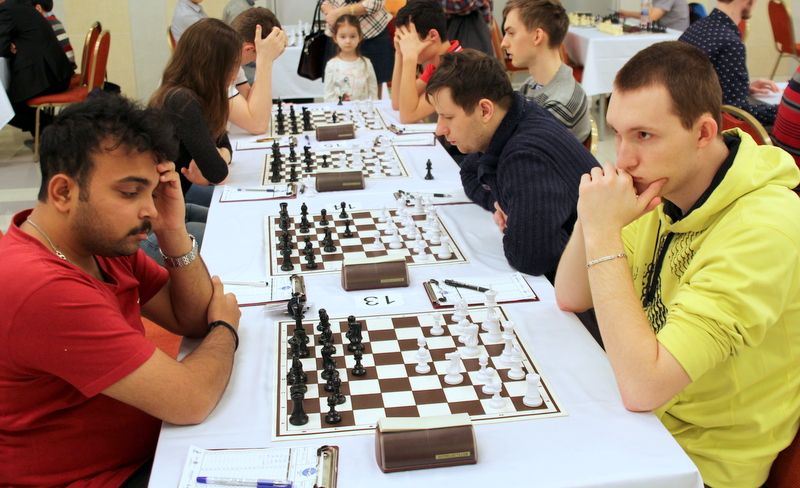 Abhishek Kelkar played a tremendous tournament in the B-section to score 6.5/9 and finish fourth

Abhishek's performance was 2611 and he gained 27 Elo points at the event. This would have been good enough for a GM norm, just that he didn't meet enough grandmasters. Yet, this was a wonderful performance and it is simply amazing how Abhishek is managing everything in life. He has a job, works in the Kunte chess academy and also plays chess at a very high level! Expect an article soon on how he manages his time so well!

Here's one of his best wins from the event: 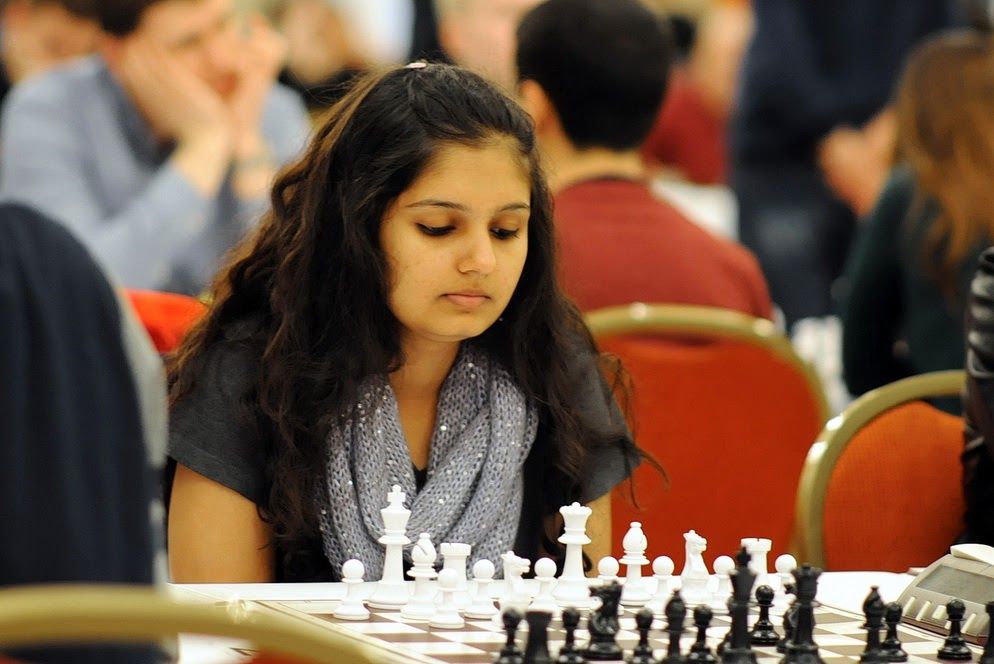 Rucha reached 2200 elo in 2012. She is clearly a player who deserves the WIM title. But somehow it had kept eluding her. Not any longer. The girl from Kolhapur took the brave decision of playing in both the B and C category and made sure to get her final norm. She also gained a solid 40+ Elo points. Playing two rounds a day is never easy. With her current level of play, we expect Rucha to achieve her WGM title within a year! 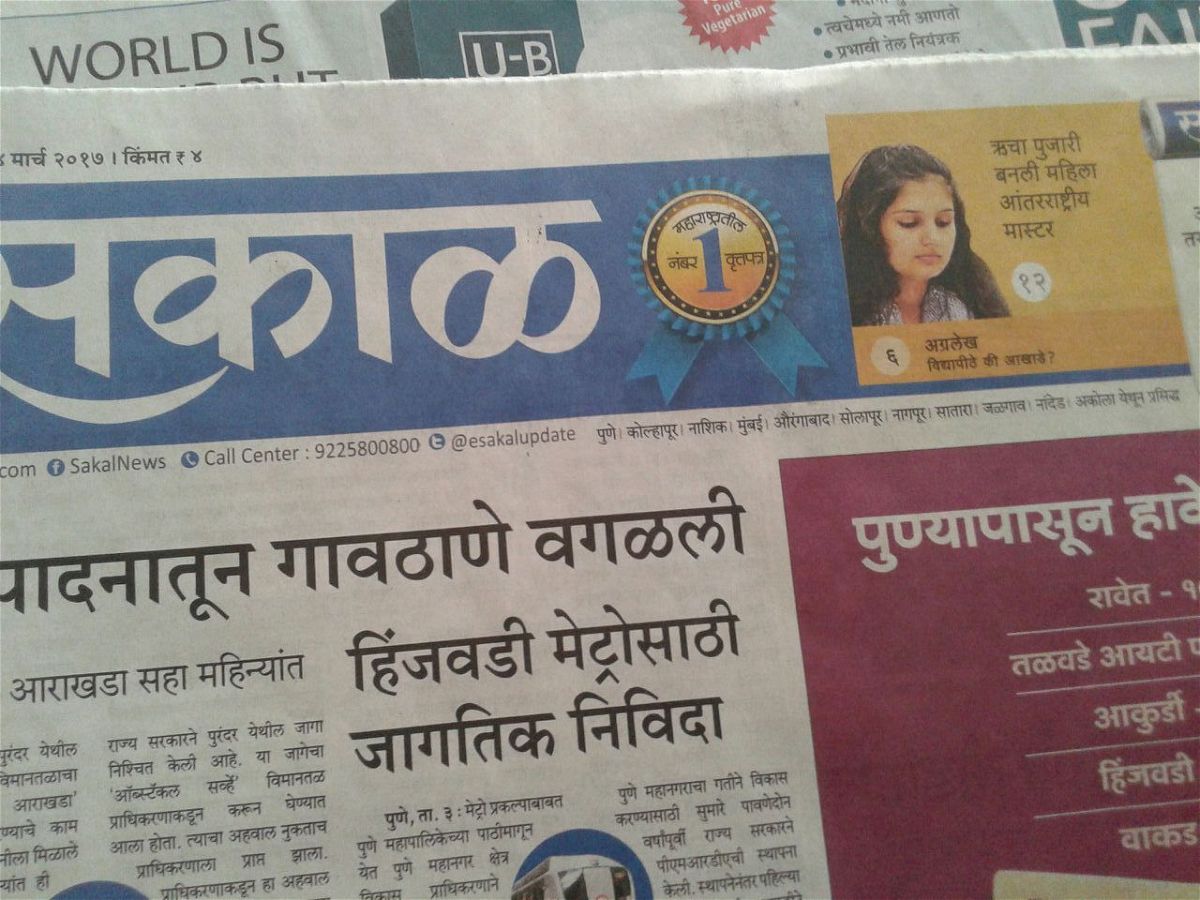 Rucha's achievement recognised by one of the leading Maharashtra newspapers -Sakaal 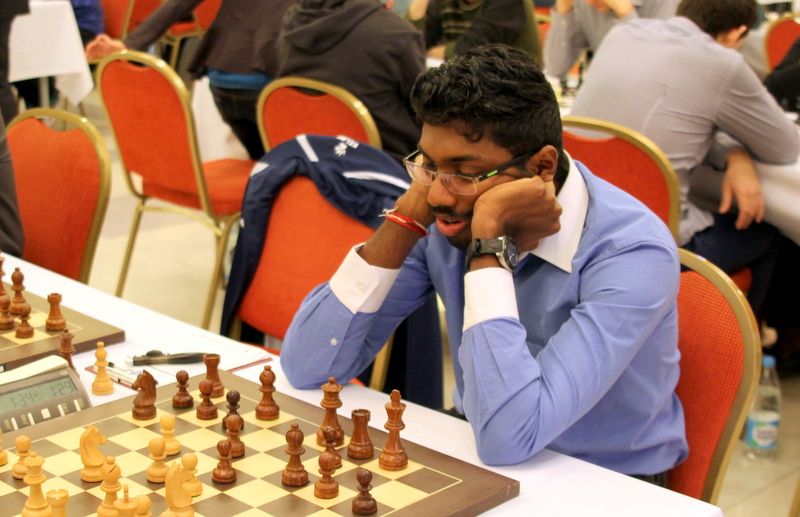 Adhiban had a pretty forgettable event as he scored just 4.0/9 in the A group

Speaking to Adhiban after the event, the Chennai lad said, "It's true that I didn't perform well. But the question I ask myself is, Is this going to stop me? And the answer is No! And so I continue my work on the path of improvement!" Let's hope each one of us can have an attitude like Adhiban! He is the best example of the saying: "Attitude, not aptitude decides your altitude!" Although we must add that there is no doubt that he has a high aptitude as well at chess! 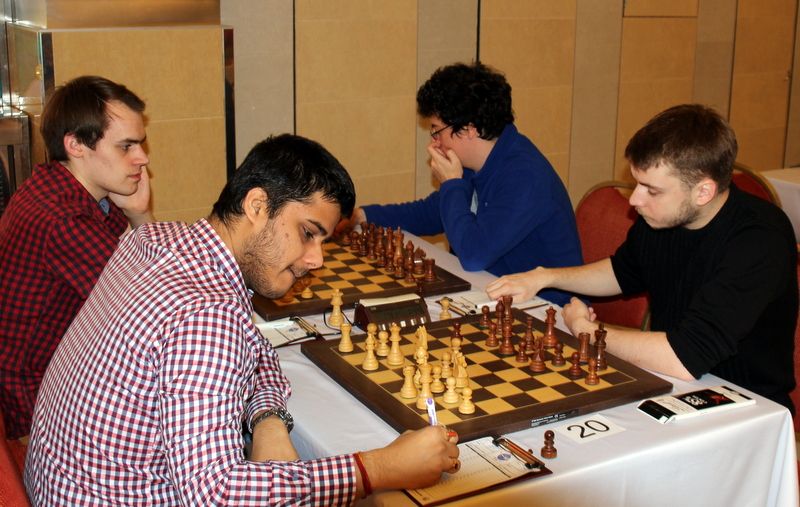 Unbeaten, undefeated, unbroken! It was good to see GM Debashis Das coming back in form! 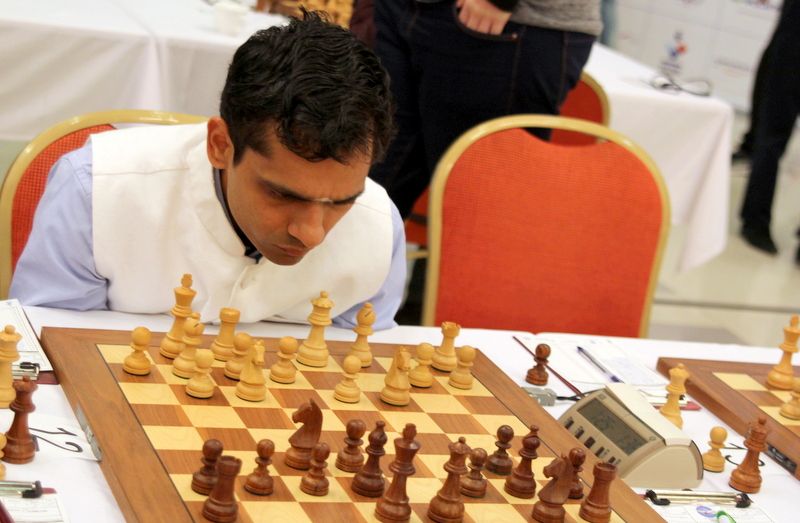 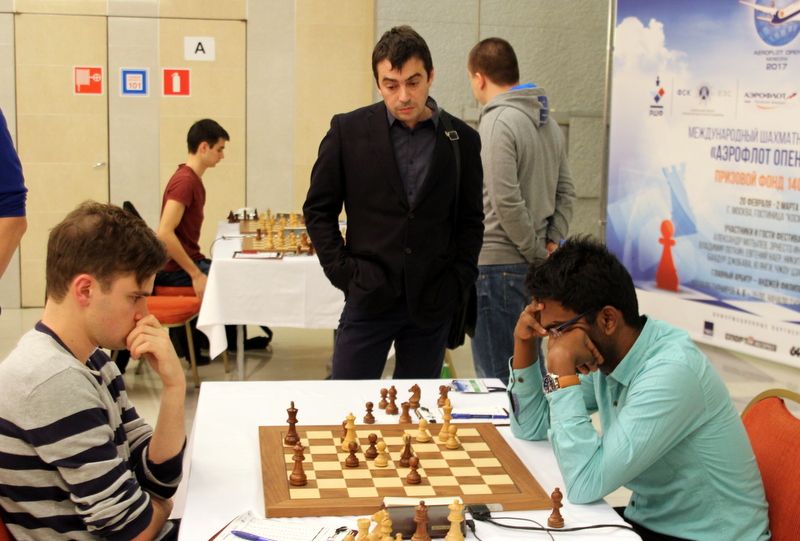 Sethuraman wasn't too happy with his performance 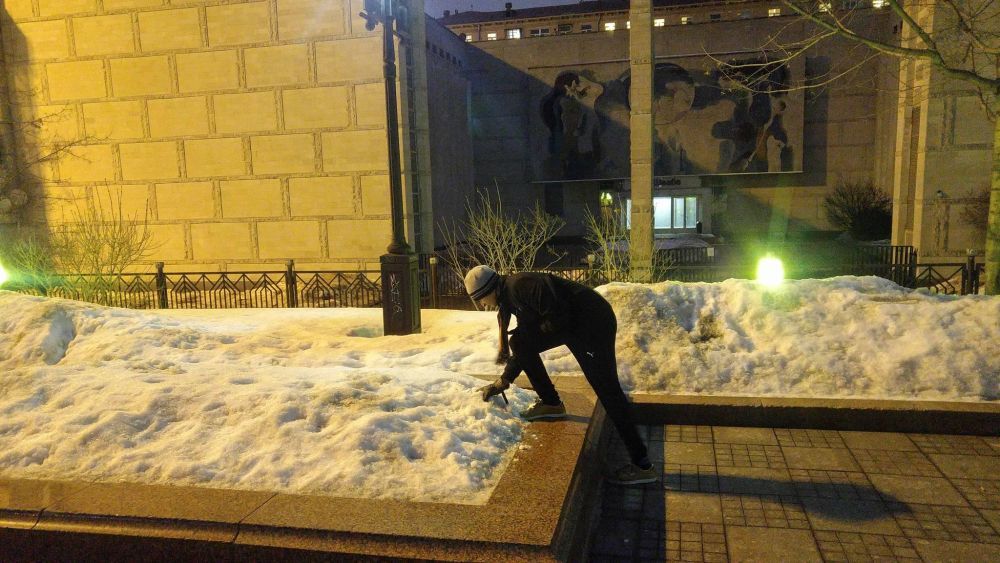 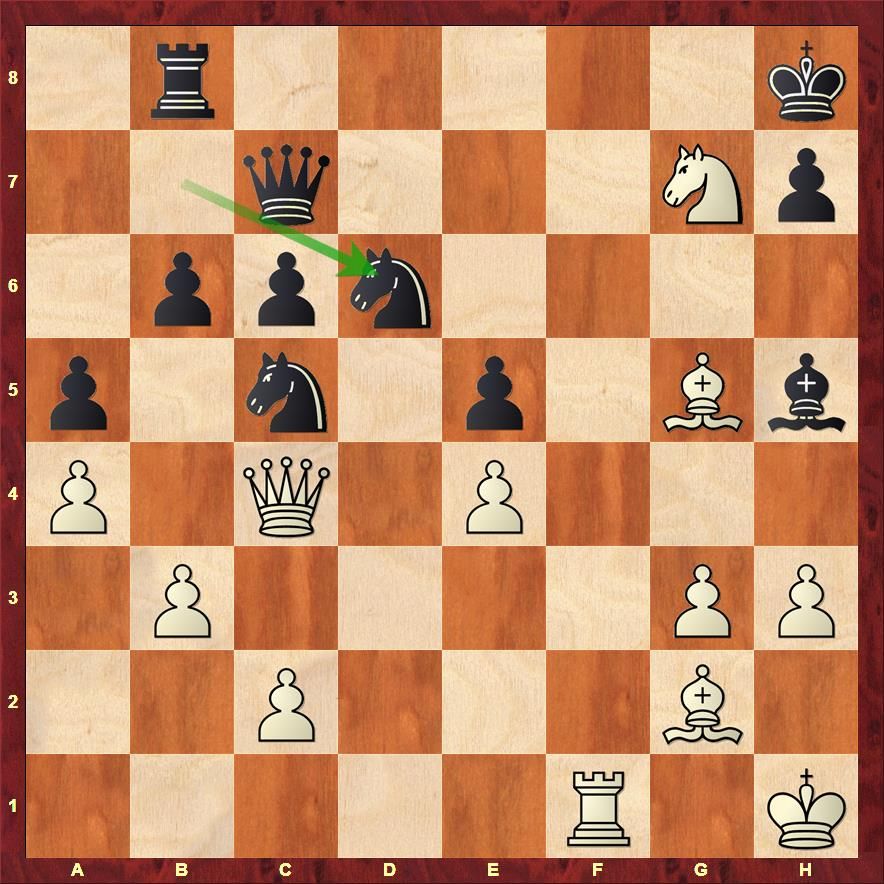 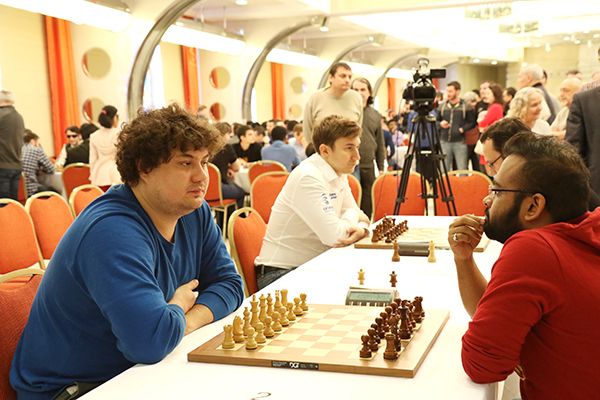 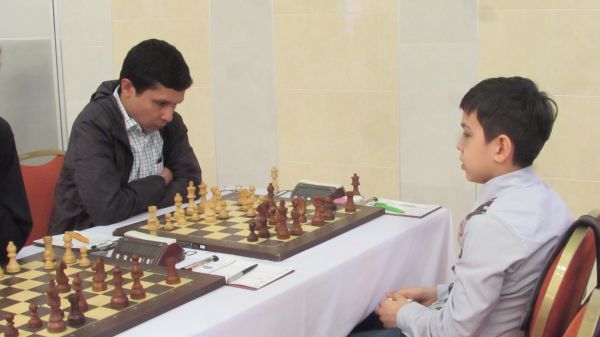 Sandipan Chanda did lose the last round, but prior to that he defeated two strong grandmasters: Donchenko and Kobalia. The game against Kobalia was especially interesting: 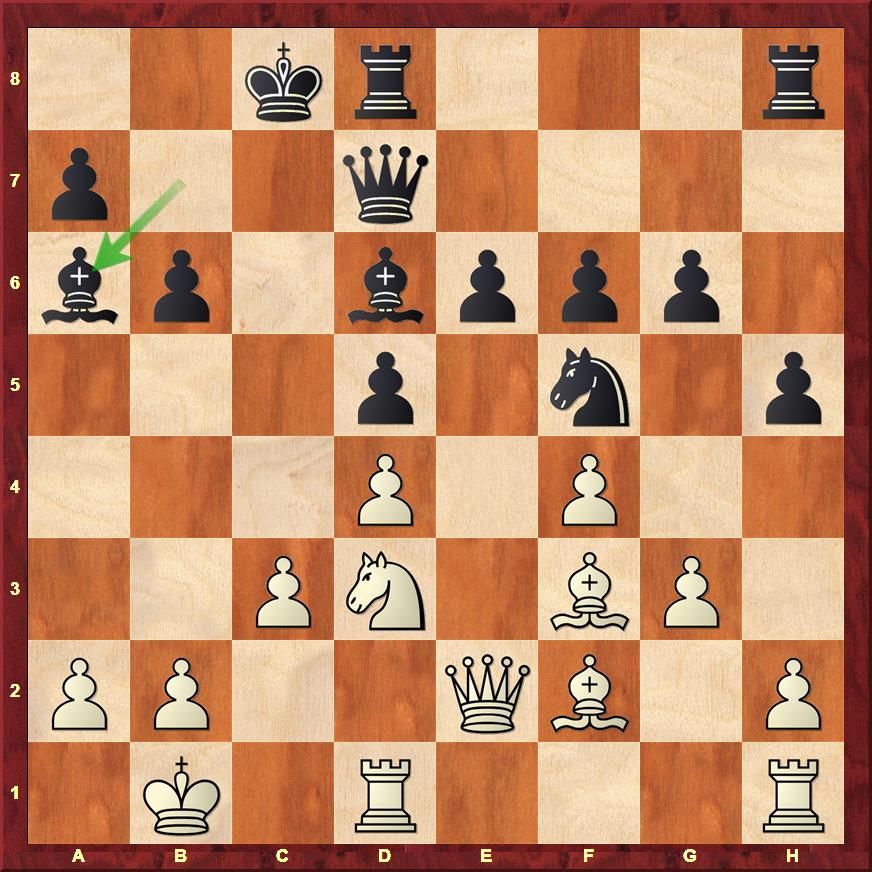 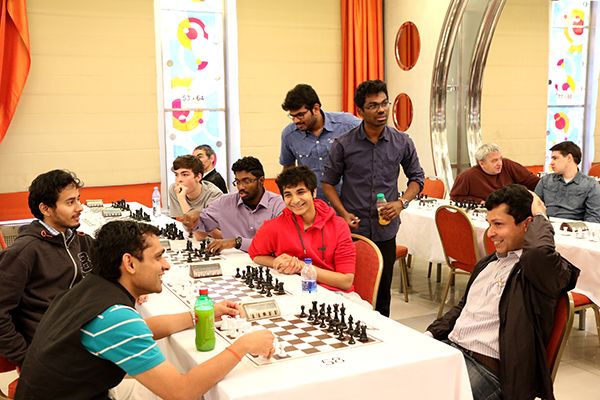 The Indian team during the Aeroflot blitz. All in all I would say that the big names didn't perform up to par, but there were these new guys who came up and ensured that we have things to celebrate as the Aeroflot Open 2017 came to an end! 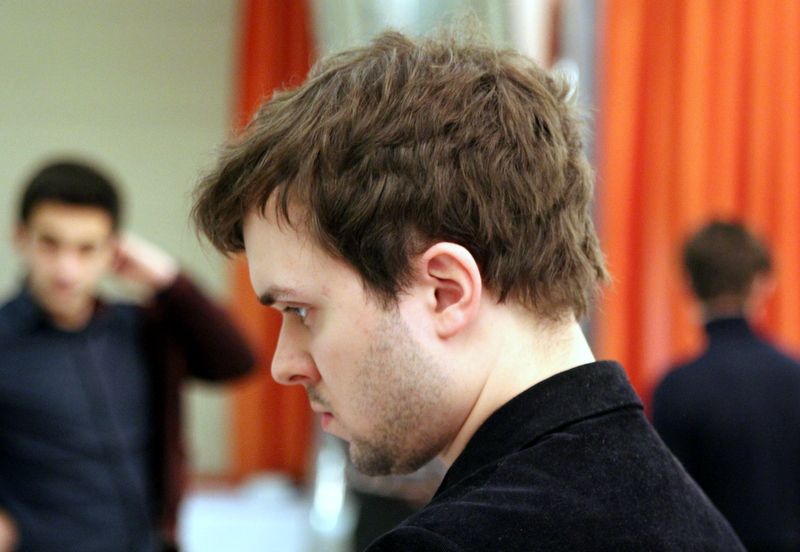 A huge congratulations to Vladimir Fedoseev for winning the Aeroflot Open 2017, going back home richer with 18000 euros and gaining entry into the Dortmund super tournament!

Read more about the top finishers in our ChessBase International report

Mid-way report on the Aeroflot Open 2017 on ChessBase India

All articles on Aeroflot Open 2017 on ChessBase.com