World Youth Olympiad Round 4: From Russia with Love!

The Indian team looked really strong - Aryan, Pragg, Nihal, Iniyan. However, the Russians simply destroyed our line-up with some solid and purposeful play. Lomasov got the better of Chopra and Lobanov beat Praggnanandhaa. The other two games ended in draws. With this win Russians now have one match point lead over the field. In the fifth round, they take on Uzbekistan. The other interesting match-up is Iran vs India. Will the Indian players be able to make a comeback? Time will tell. For now we have the detailed drill down of the India-Russia match with pictures, videos, analysis and more from Ahmedabad.

The most important match-up of round four was India versus Russia. 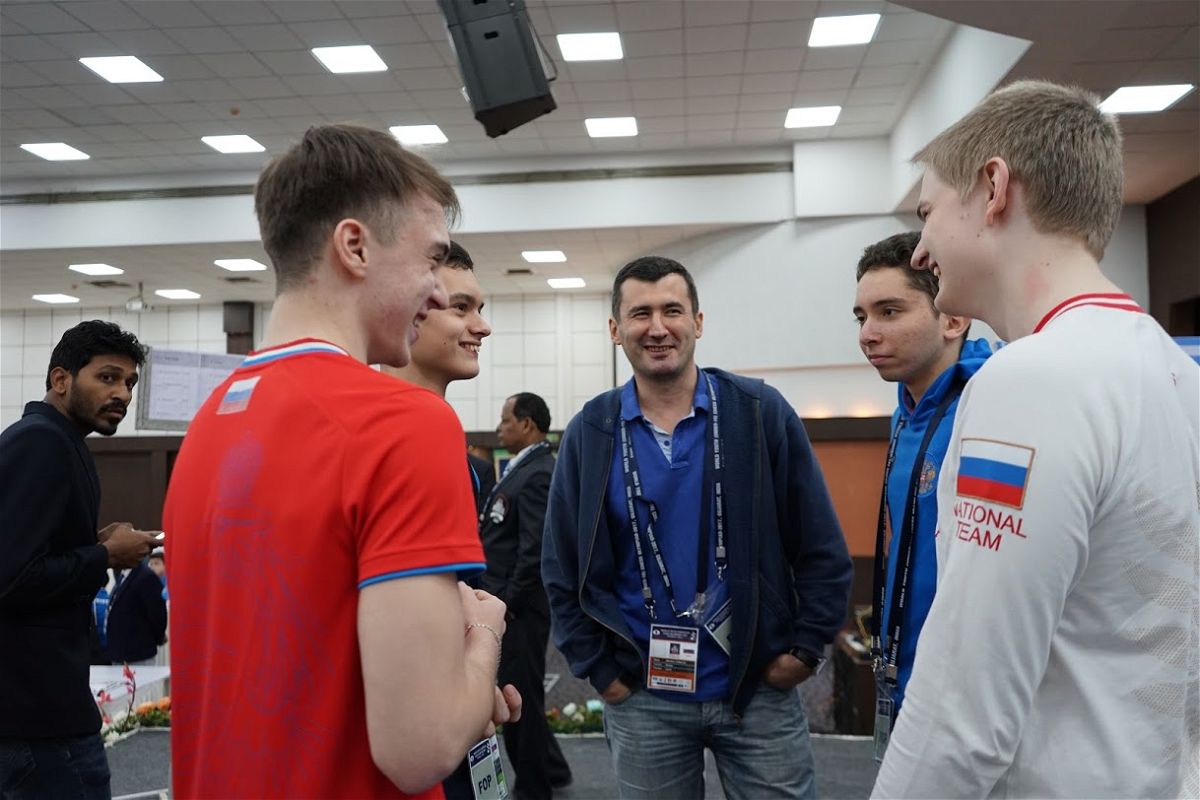 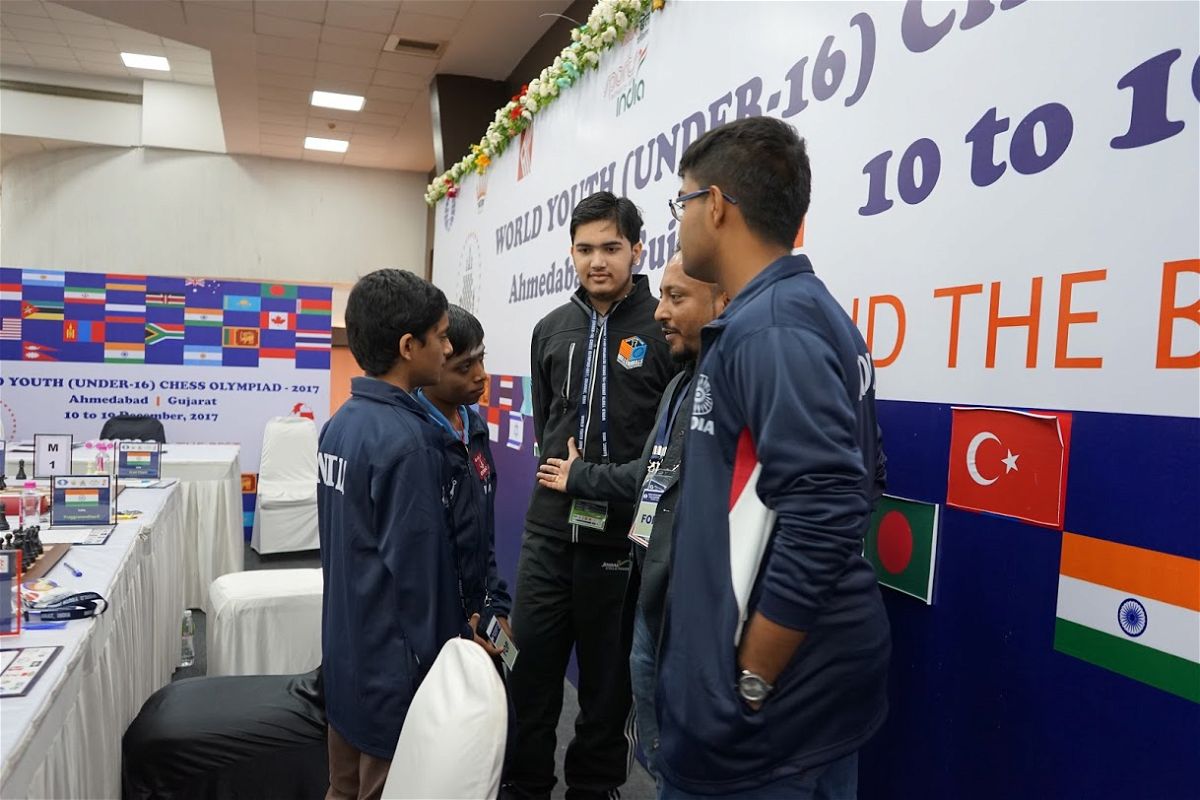 But so were the Indians! The usual team meeting where coach Prasenjit Dutta motivates the young lads. | Photo: Amruta Mokal 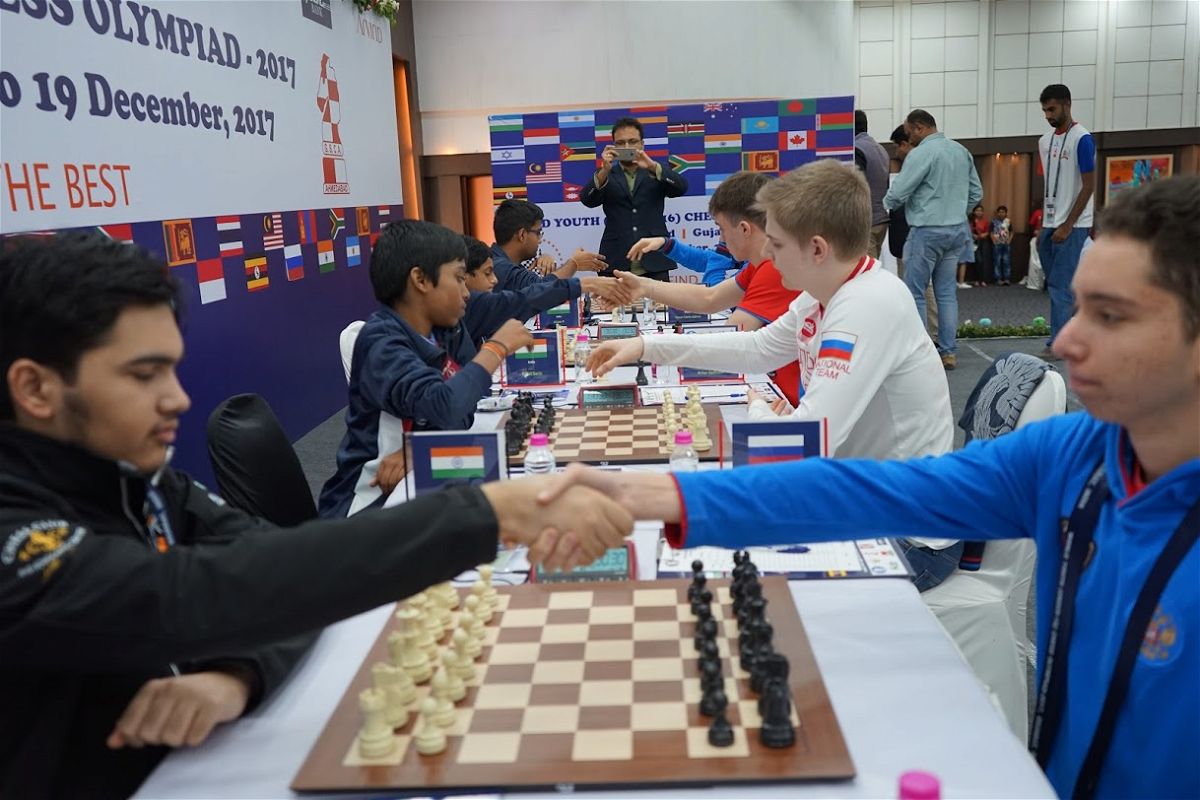 And off we go! | Photo: Amruta Mokal

The first game that didn't go in India's favour was Lobanov - Praggnanandhaa. Pragg played his favourite Arkhangelsk variation against 1.e4. The game was played on well known theoretical lines, but at some point Black's position just seemed full of weaknesses, while White was just developing one piece after another. It was an unusually short game and this position in one glance can tell you the entire story: 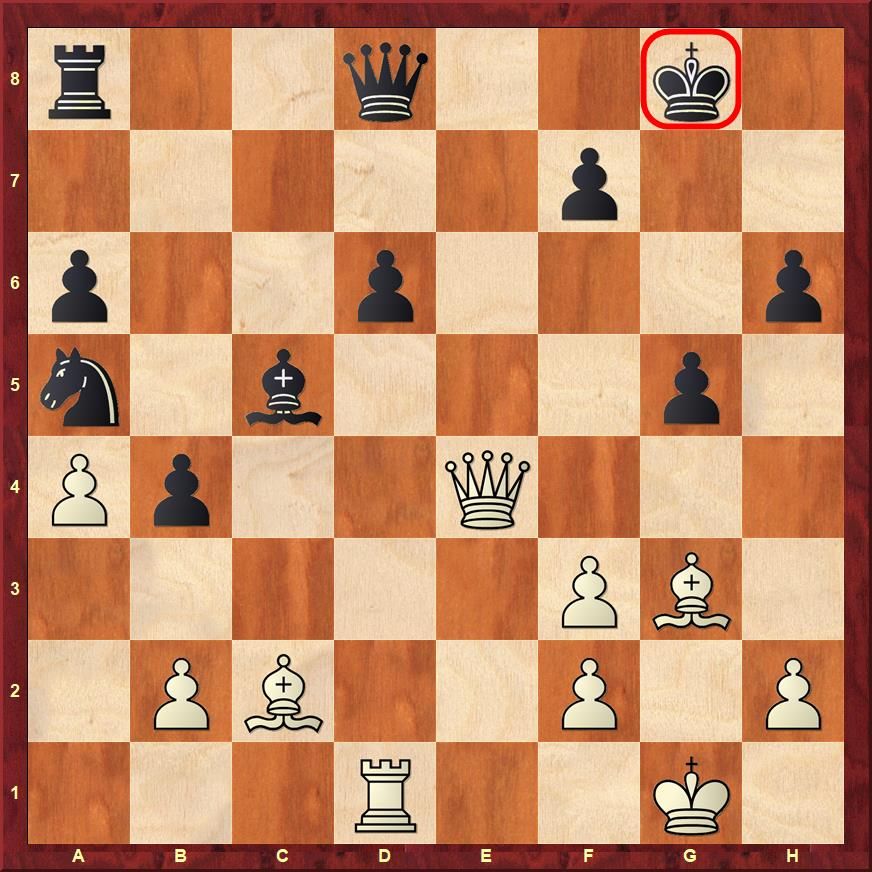 The king on g8 is crying for help, but there is absolutely no one! Mind you the queen cannot come to f6 because the poor guy on a8 is hanging. P. Iniyan on the fourth board seemed to be on track for a victory. However, as is common in the Sicilian things were not so simple. He won a pawn and had opened the white king, but had run out of ammunition. Have a look: 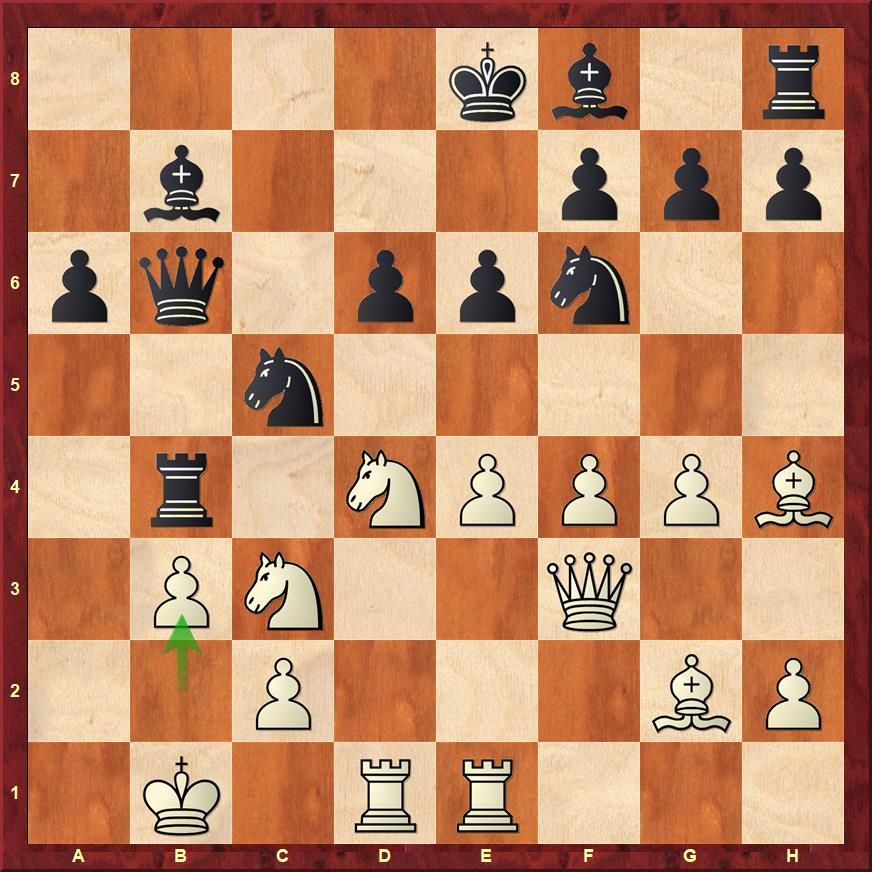 After White made the move b3, it seemed as if Black could win the game with the very strong ...Rxd4! Rxd4 Nxb3! And this is exactly what Iniyan played. But Sicilian positions are not like Caro Kann, or French, when such a tactic would be decisive because of the inherent solidness of Black's structure. In the Sicilian things are much more fluid and hence after just five more moves, the Black queen was pushed back to her home! 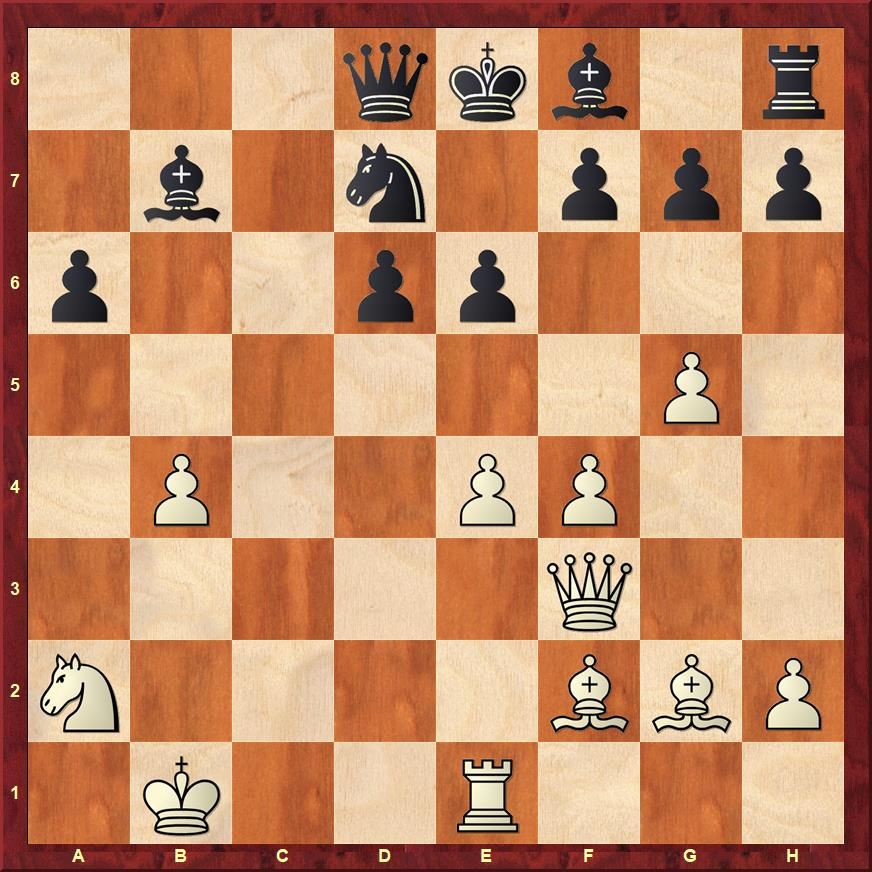 Now this does not look winning for Black by any means. He is a pawn up and slightly better, but that's about it. White fought back and at some even had the better chances, and a winning position before the game ending in a draw.

With one loss and one draw, India needed a miracle on the remaining two boards. But things weren't looking bright on them as well. Nihal Sarin was forced in a situation where he had to sacrifice a pawn: 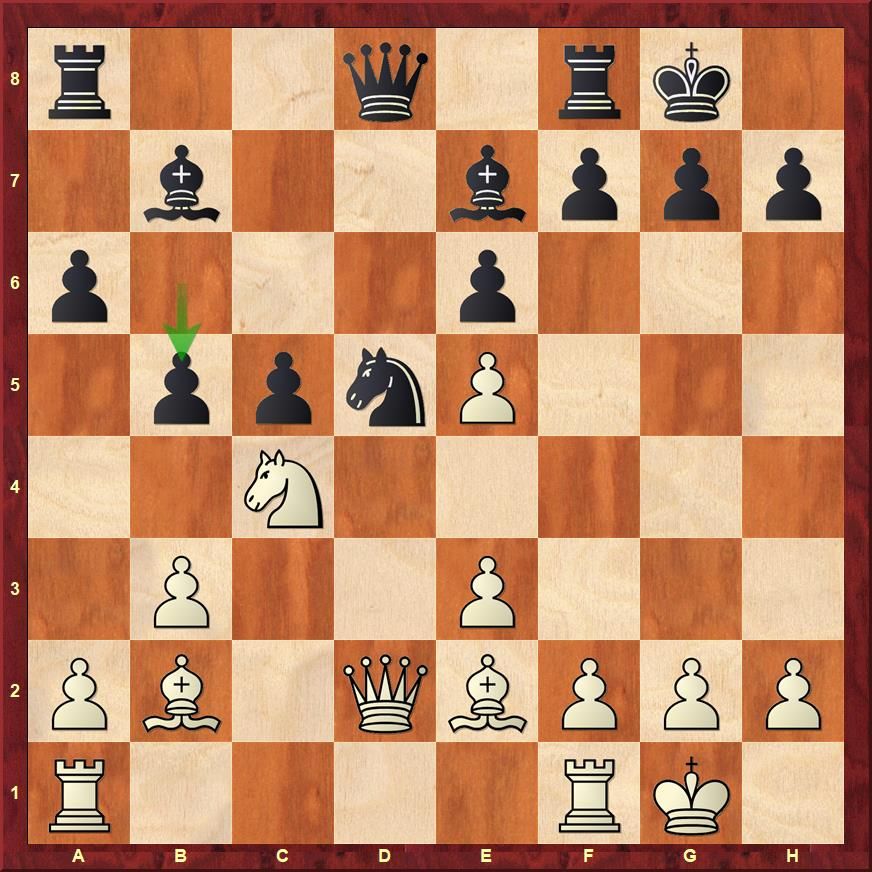 Knight a5 would lose to Nf4! and hence Nihal had to go for Nd6 Bxd6 Qxd6 when he is not winning a piece after e4 because of Qf4! And so he was a pawn down, but he had decent compensation because of the bishop pair and strong b2 bishop. In fact at some time he even got some better chances, but Nihal was not in the best possible form. He had to go into a rook endgame a pawn down and it was good defence that he emerged with a draw. 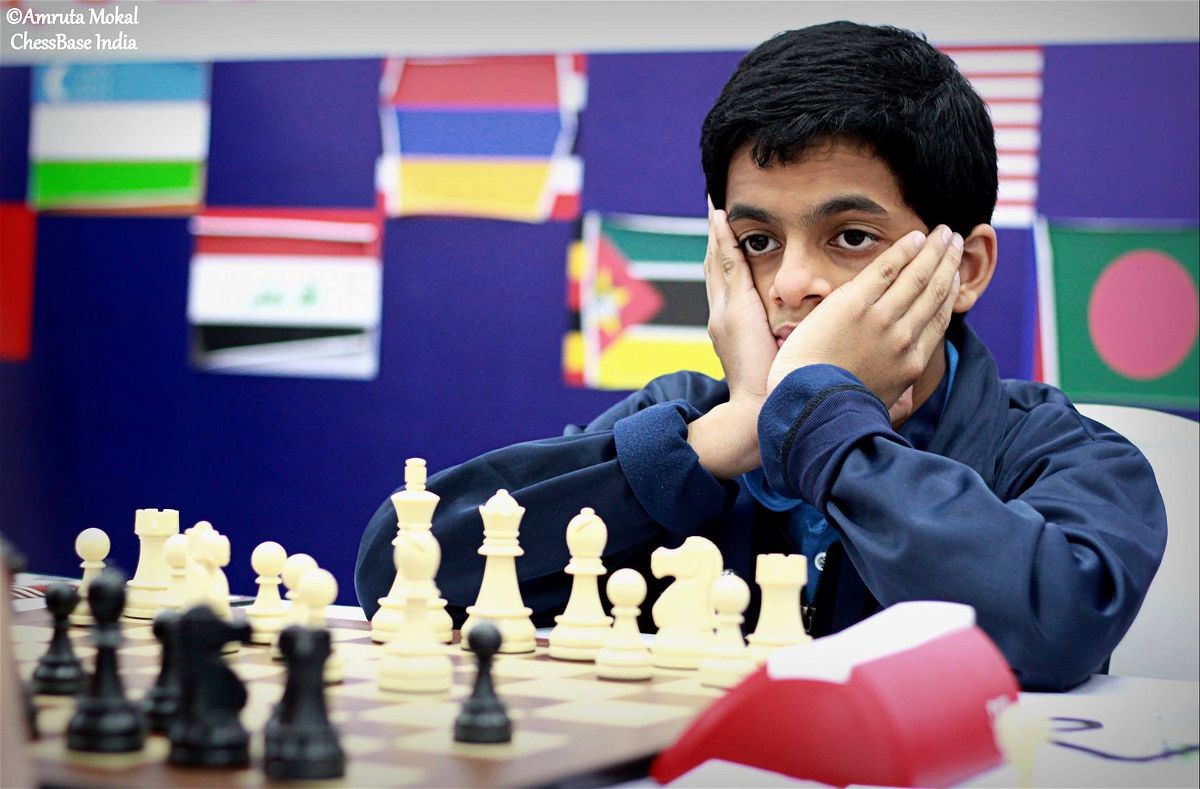 Not particularly a great game for Nihal, but a draw is a fine result | Photo: Amruta Mokal 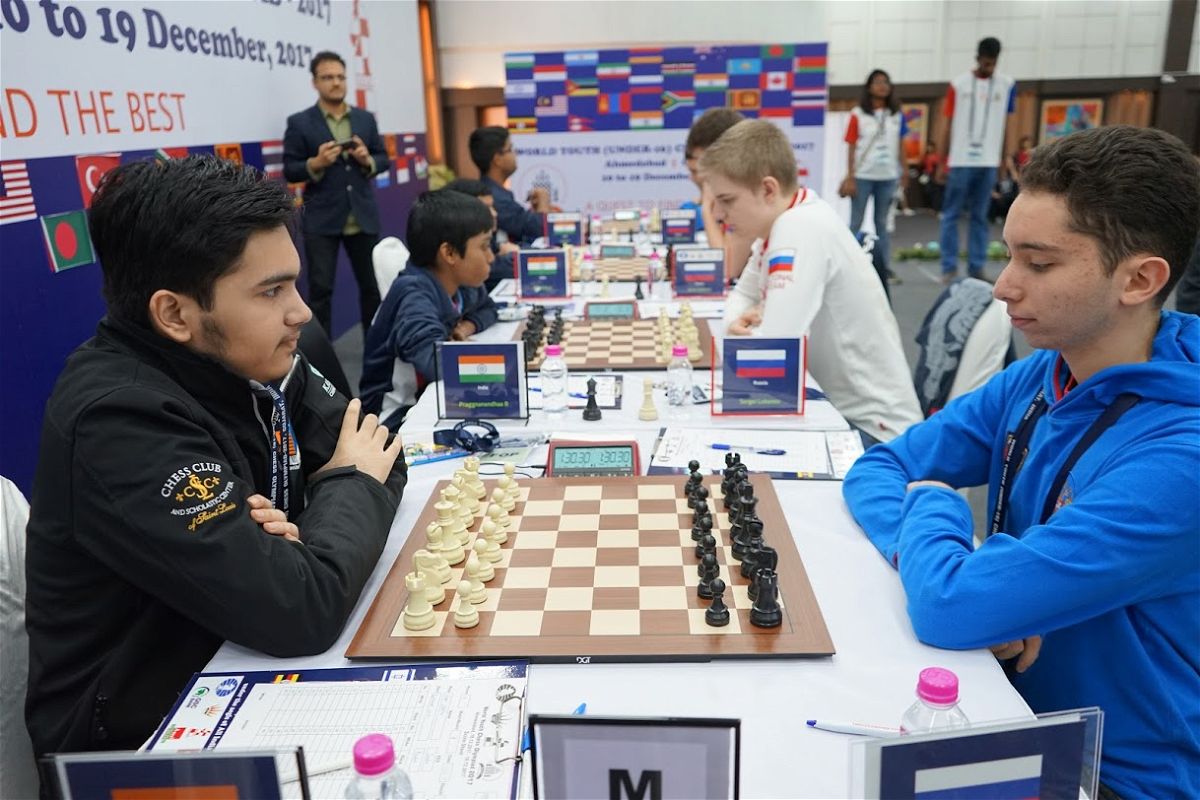 Aryan Chopra against Semen Lomasov was a battle where Aryan was backing himself on the board, while Lomasov had come excellently prepared! | Photo: Amruta Mokal

Aryan is a confident young boy and this was obvious from his play today. Instead of settling for a draw after being unprepared in the opening, he went ahead to fight for his team. It seemed as if White was better. He had the bishop pair and also the space advantage, but Lomasov had things under control. It was all his preparation, the Russian IM confided after the game. Time became a crucial factor as in every position that the players reached Lomasov could keep the pressure, while Aryan had to make quick decisions, something that was not easy in that complex endgame. The mistakes did come and Semen was ready to capitalize on them. We got Lomasov in the ChessBase studio and he analyzed the game in quite some depth for us.

Here's the PGN file with Lomasov's analysis. You can put in your own analysis, or restructure them based on what Lomasov said in the video above: 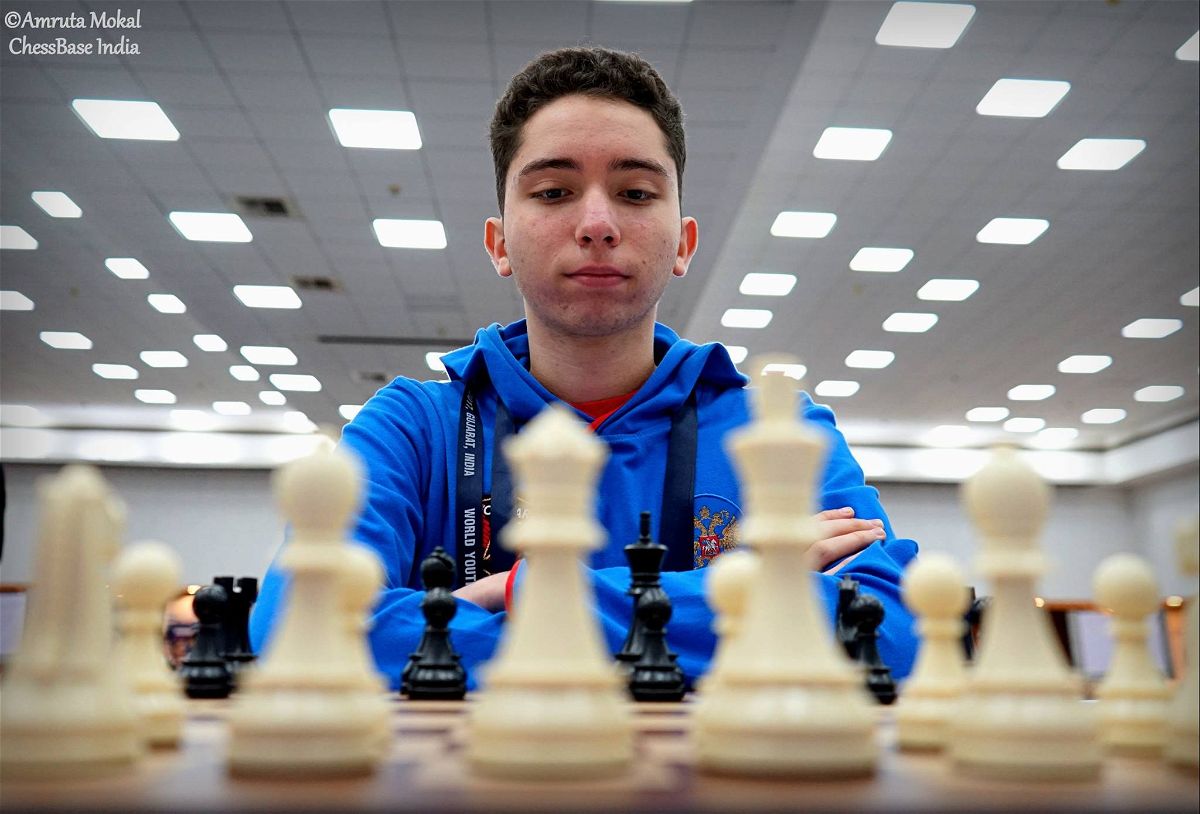 Quite a painful loss for the Indians, but they have nothing to be upset about. Russians were the better players on the day and they proved it with their play. Russia now takes the sole lead and faces Uzbekistan in round five. While Indians have no rest even after their loss as they are up against the Iranians.

One game which caught my attention in the fourth round was between Alireza Firouzja and Shant Sargsyan from Armenia. I went to see the game two hours from the start of the game. And the Iranian player was completely dominating. His opponent was a 2450 player, so it would definitely be interesting to see how he outplayed him. 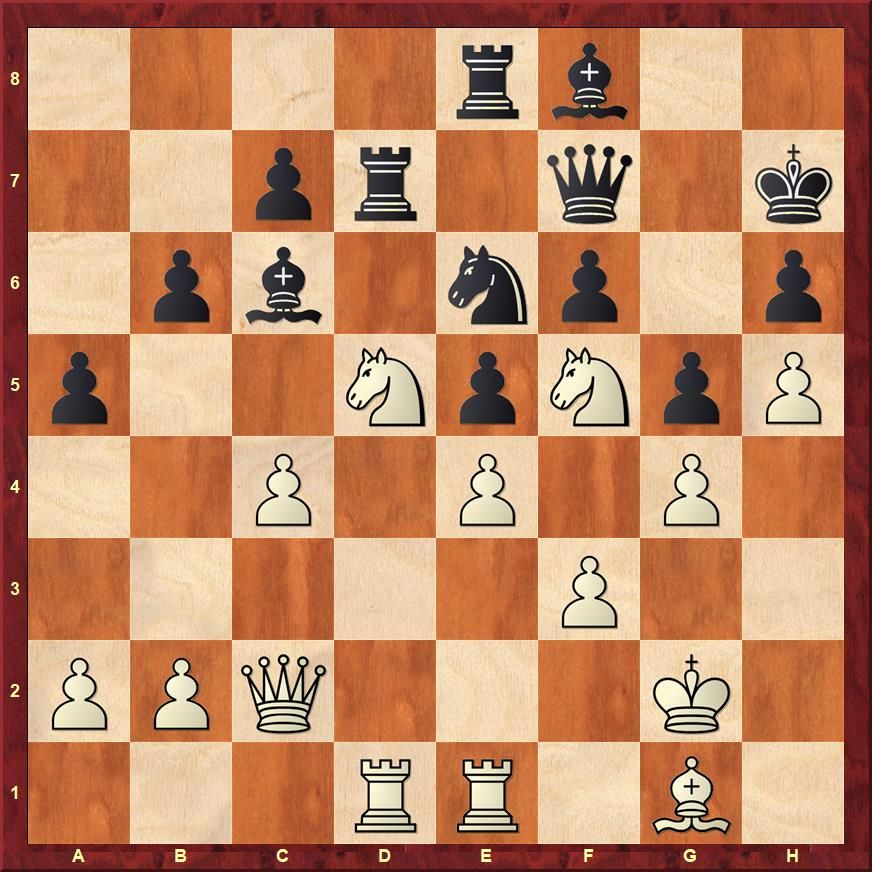 These dominating knights on d5 and f5 are really creating grave problems for Black.

[Note: When I came back home and checked the computer, I found that the position is just slightly better for Alireza (White), but during the game, with no engines to help me. I thought that this is completely winning.]

Thanks to this win and also their fourth board Orimi Ghlami's win, Iran beat Armenia 3-1. A great comeback by the defending champions. They will face India in the fifth round and this is how the board pairings look like:

India definitely has an edge on boards three and four. However, Alireza is in great form and Pragg has to play carefully against him. Also Aryan must forget his losses and come out with confidence against Amin Tabatabaei who is the highest rated player in this tournament.

Both the Indian teams won their matches. India Red by a small margin against Argentina and India Blue by a big one against South Africa A. Uzbekistan is looking like a strong team as they dismantled Belarus quite easily. 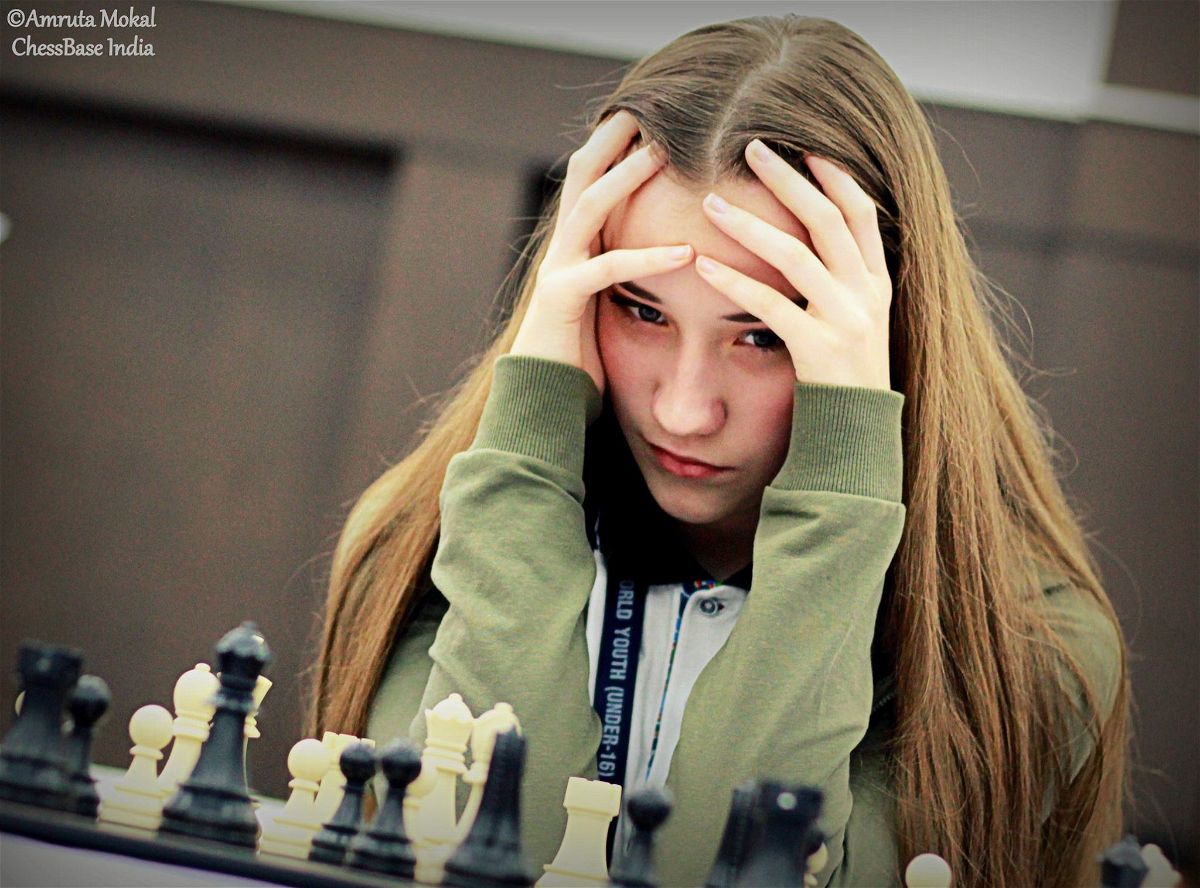 Olga Badelka from Belarus is a player to watch out for! | Photo: Amruta Mokal 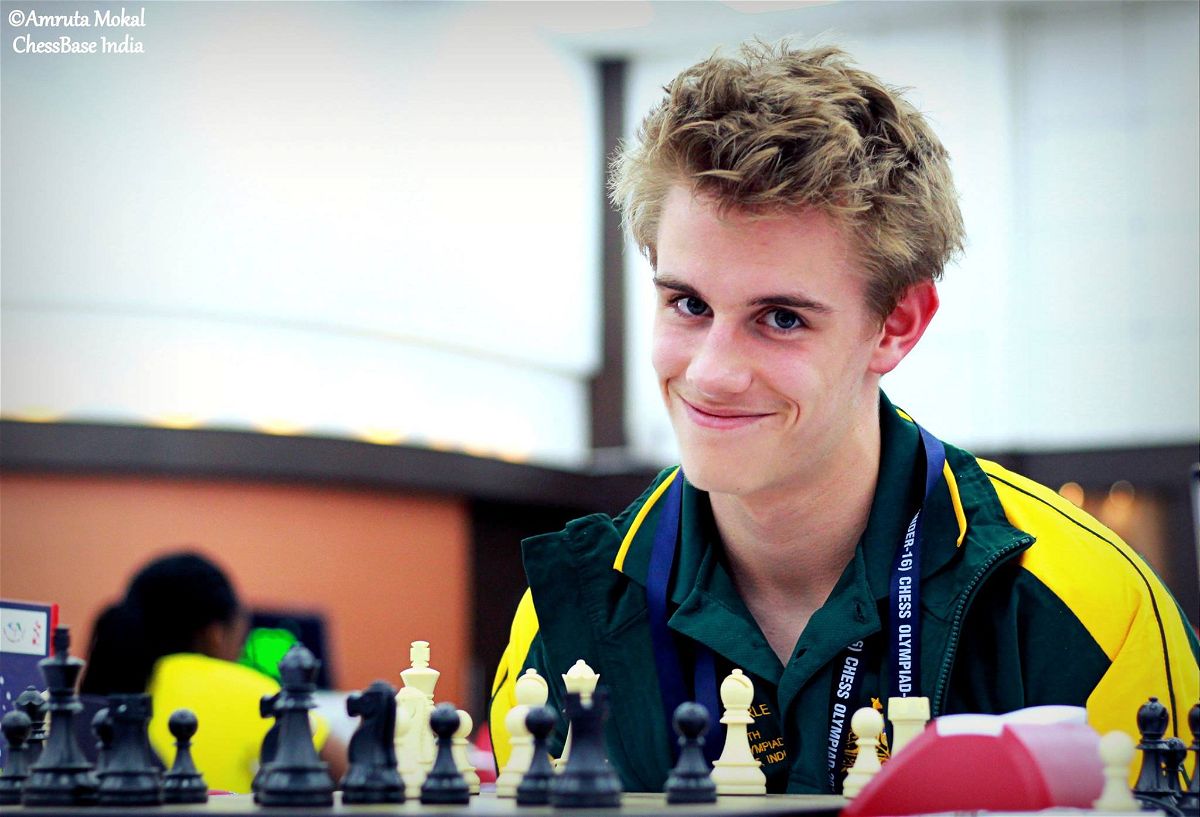 The story behind this picture is Hughston Parle, the Australian player, was captured by Amruta's camera at the opening ceremony when he was giving "the look". Now he decided to make amends, by giving her a nice smile! | Photo: Amruta Mokal 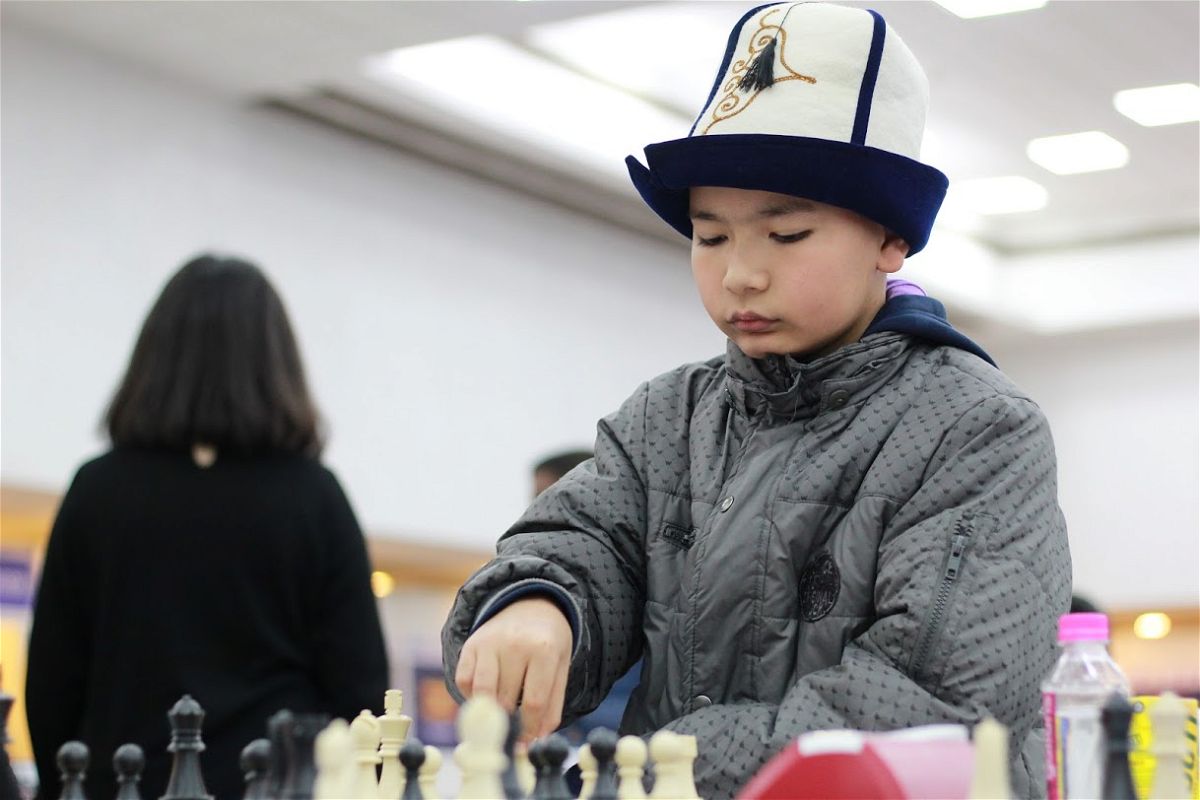 No report is complete is without these sweet Kyrgyz players! | Photo: Amruta Mokal 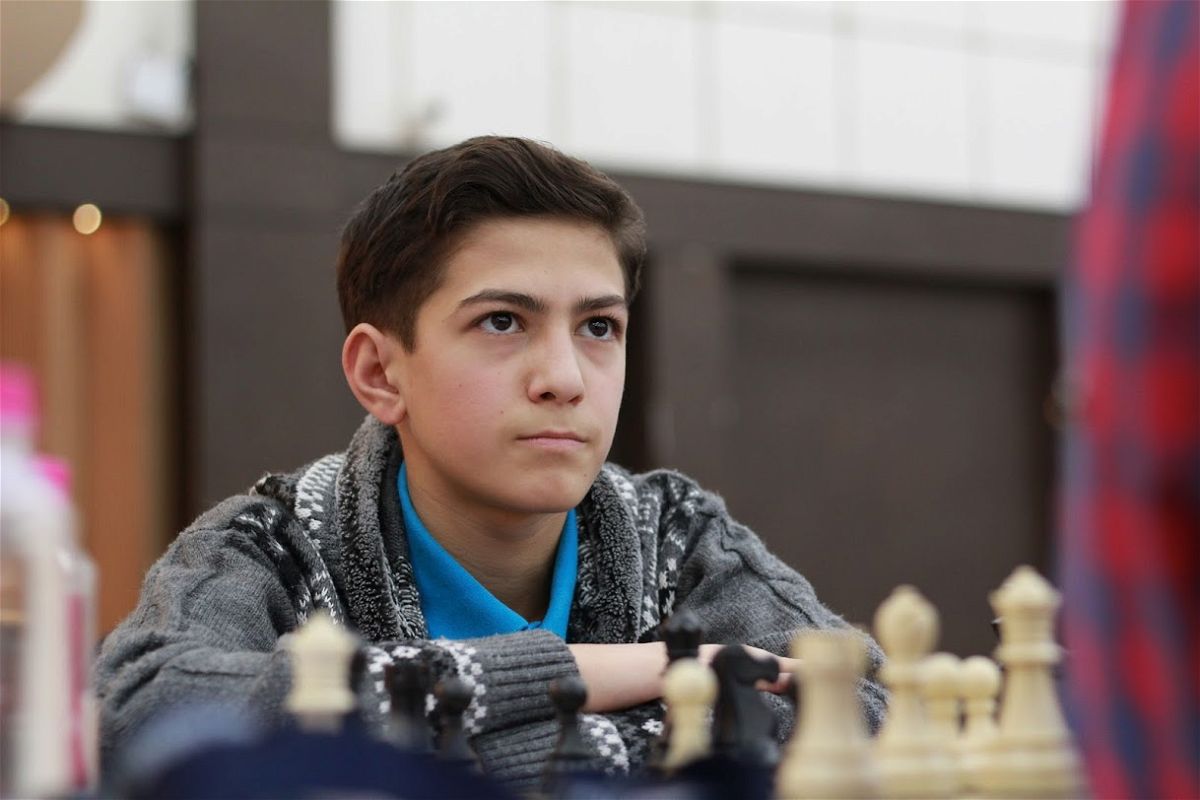 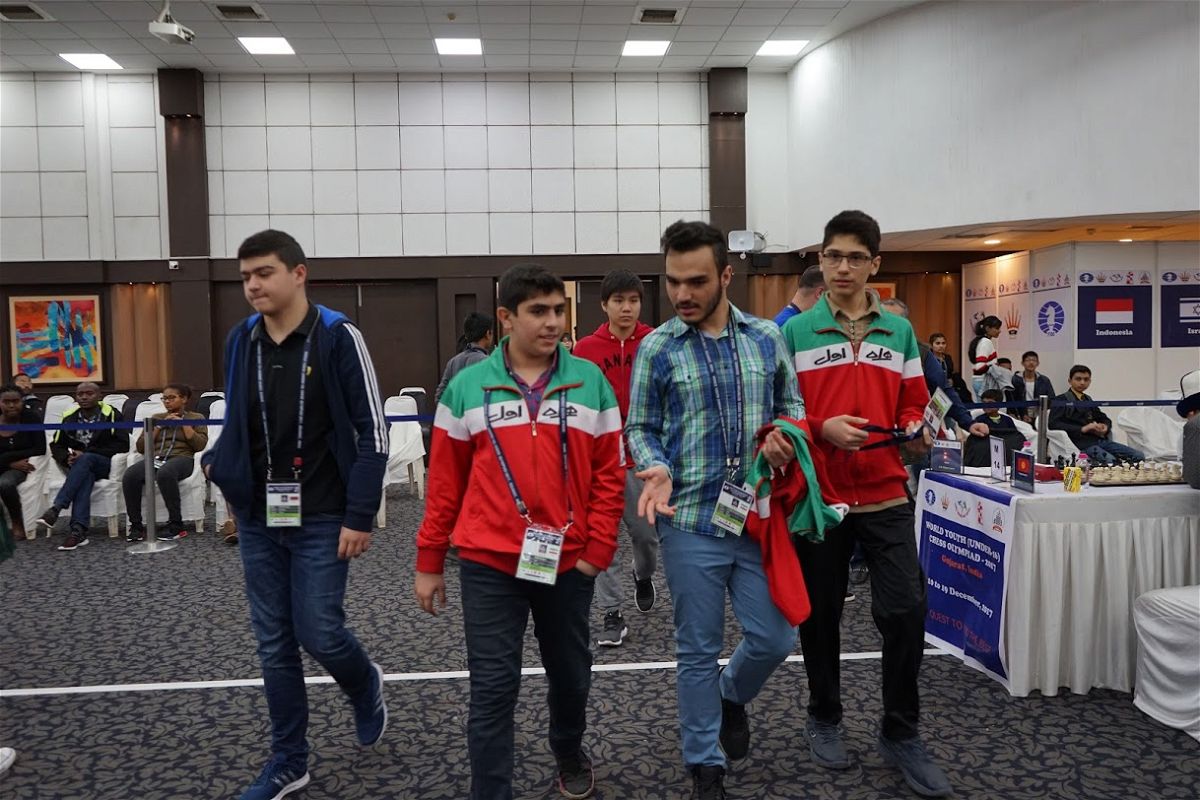 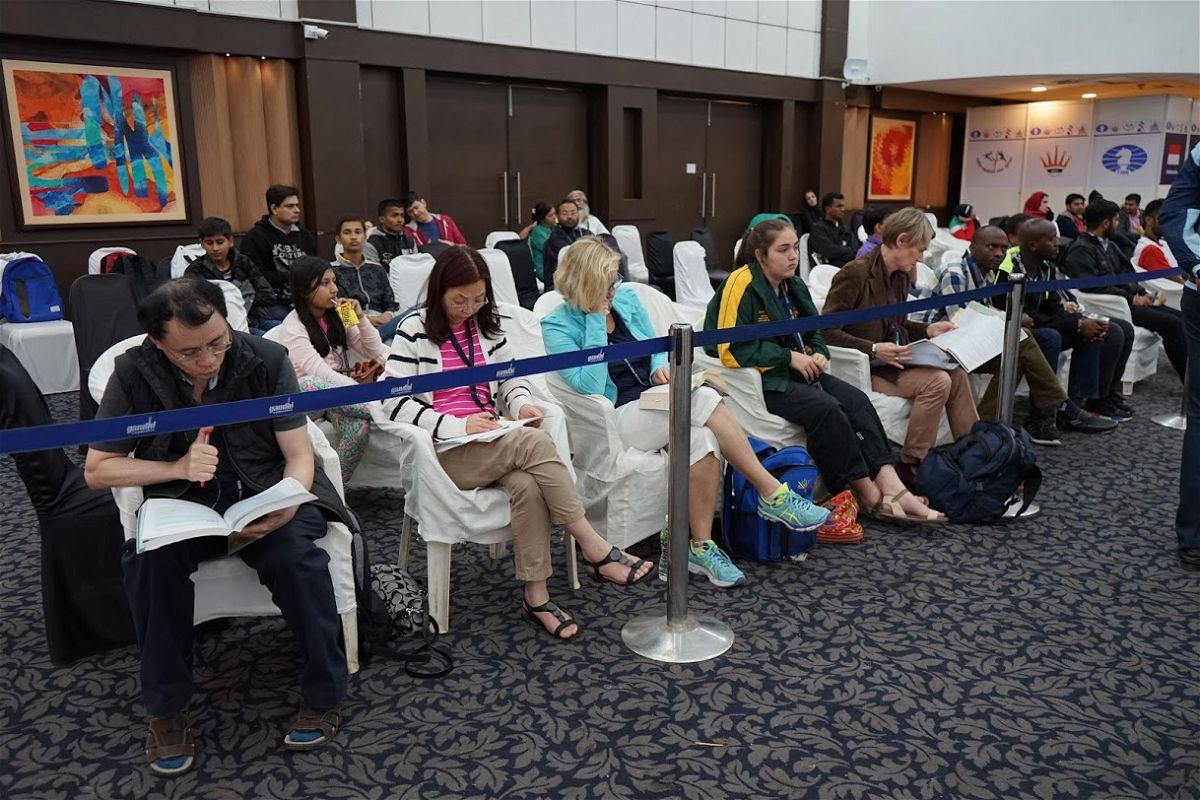 What happened to the world going digital? | Photo: Amruta Mokal 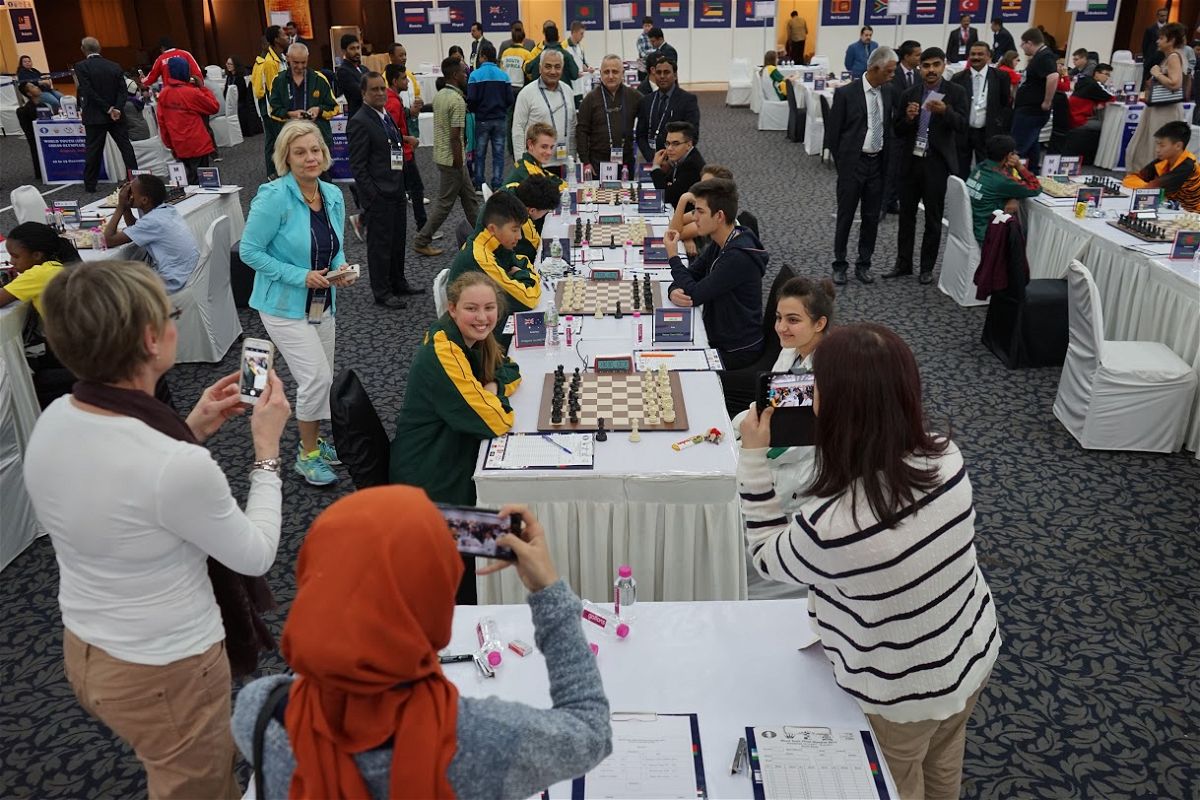 When the parents make their children feel like stars! | Photo: Amruta Mokal 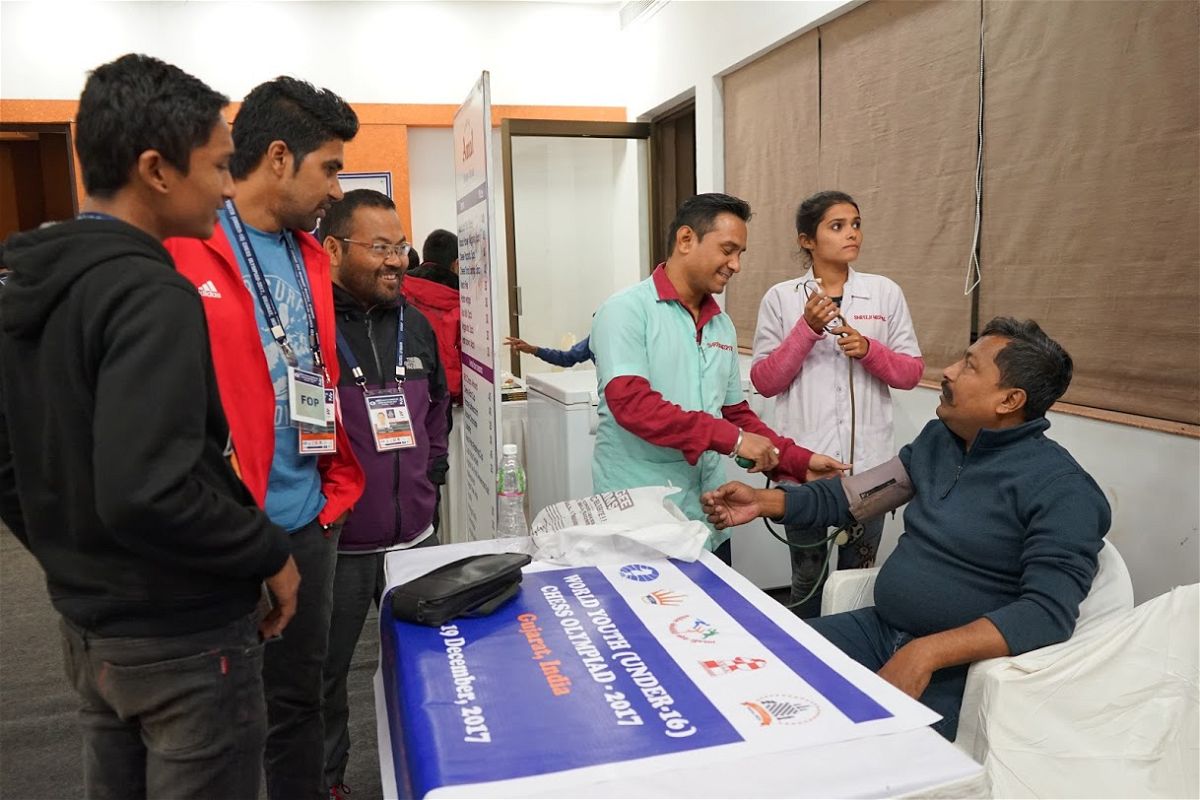 High blood pressure? Quite natural for the parents! The team of doctors do their duty!| Photo: Amruta Mokal 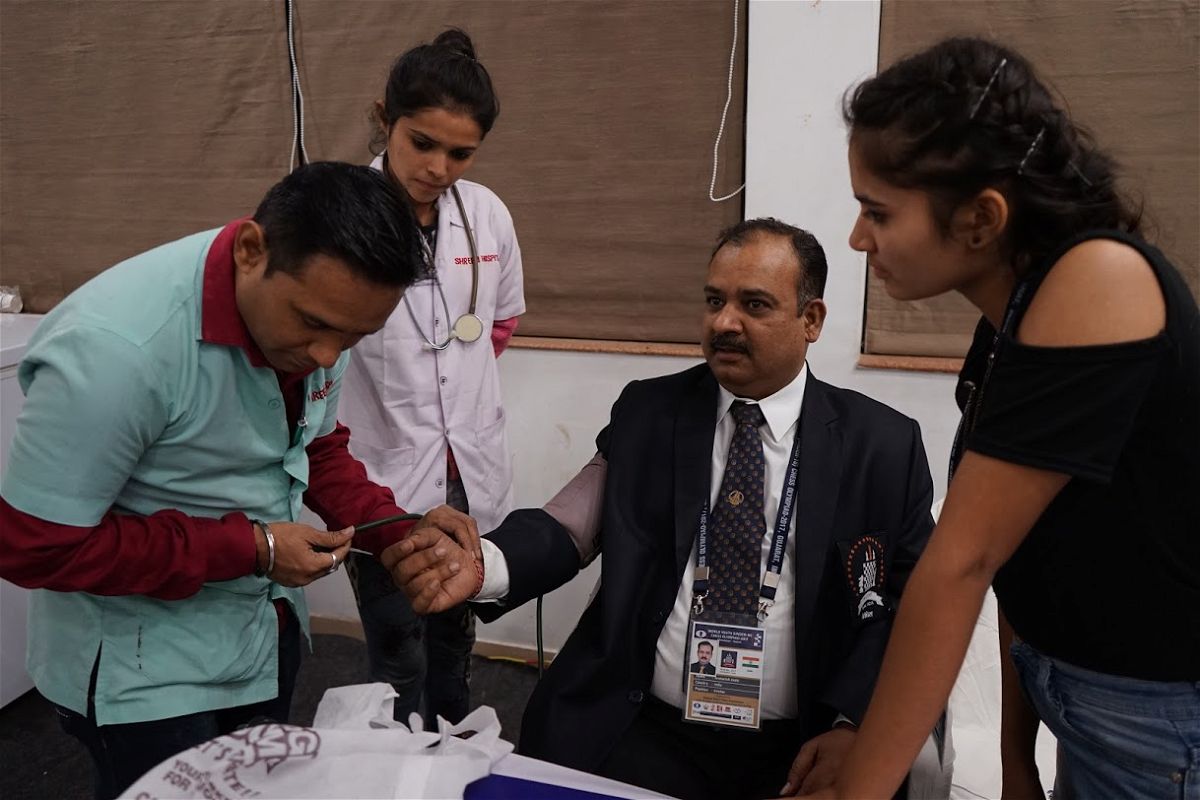 The arbiters too feeling the heat! Photo: Amruta Mokal 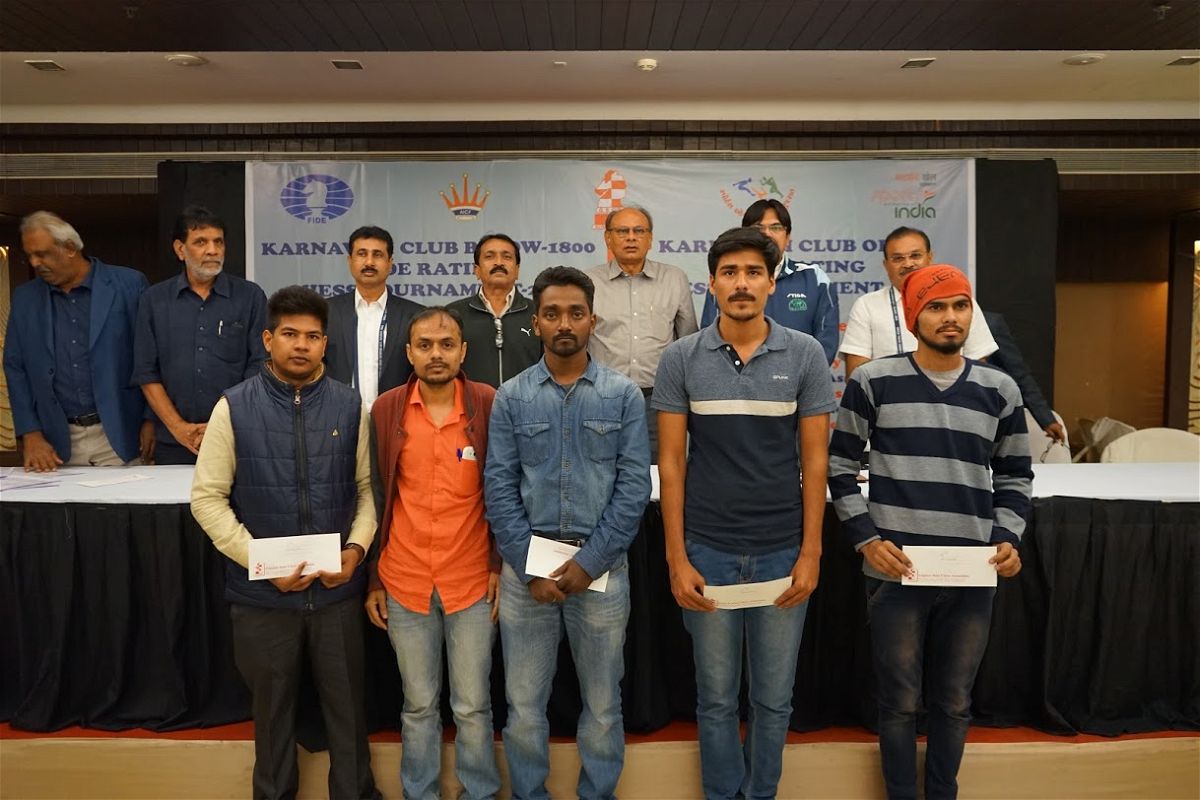 Photos of the under-1800 event on ChessBase India Facebook page

Final rankings from the event