Bangladeshi's give the top seeded Indians a scare

The playing hall is huge, bright and spacious. The youngsters are all nicely dressed up in the jersey's of their team. Each match has a personal arbiter. Coaches are pacing around nervous about their team's games. This is the scene at the World Youth Olympiad 2017 that is taking place at the Karnavati Club in Gujarat from the 11th to the 18th of December 2017! It is one of the most exciting events of the year and ChessBase India will be bringing you round by round updates. For now we have the first round report, where all the favourites won their games. Videos, game analysis and pictures by Amruta Mokal!

Sometimes in the first rounds what you see on paper is much different from what actually happened in the round. This is because the underdogs often make silly errors towards the end and the result falls in place for the stronger team. However, if the weaker team could have held on for a bit longer, the result would have been much different. This is exactly what happened in the match between Bangladesh and India Green in the first round of the World Youth Olympiad 2017. 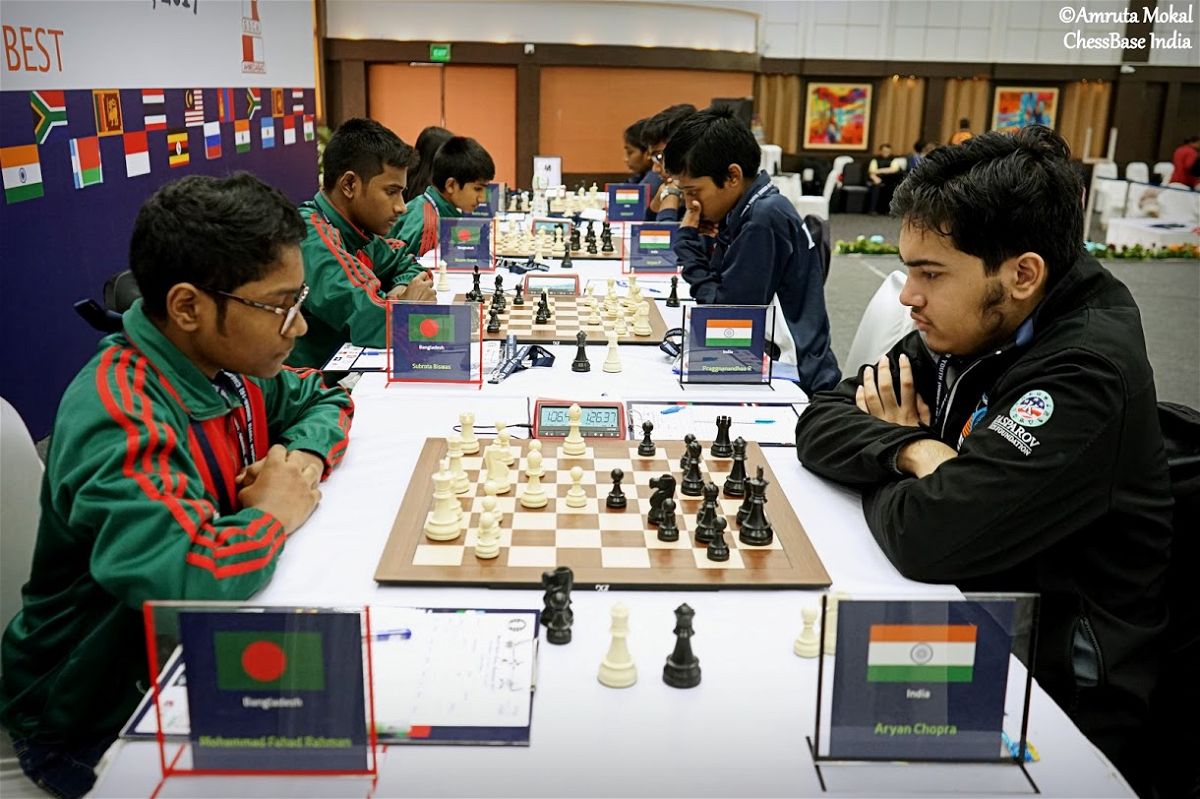 Indians decided to give rest to Nihal Sarin. Aryan Chopra took the top board, Praggnanandhaa the second, Iniyan was on three and Vaishali fourth | Photo: Amruta Mokal

Iniyan made short work of his opponent and gave India a 1-0 lead in the match | Photo: Amruta Mokal

With 1-0 up everything seemed on track for an Indian victory. But Aryan Chopra as Black was under pressure from Mohammad Fahad Rahman. On board two Praggnanandhaa was a pawn up, but it looked as if his opponent had excellent compensation. And Vaishali had sacrificed a piece. Now with the hindsight of having looked at the engine, it seems as if Vaishali played a nearly flawless game. But even she wasn't 100% sure whether her sacrifice was correct.

Vaishali explains her win and her calculations during the game

He might be the most famous chess personality in the hall, but he is just a 12-year-old boy! | Photo: Amruta Mokal 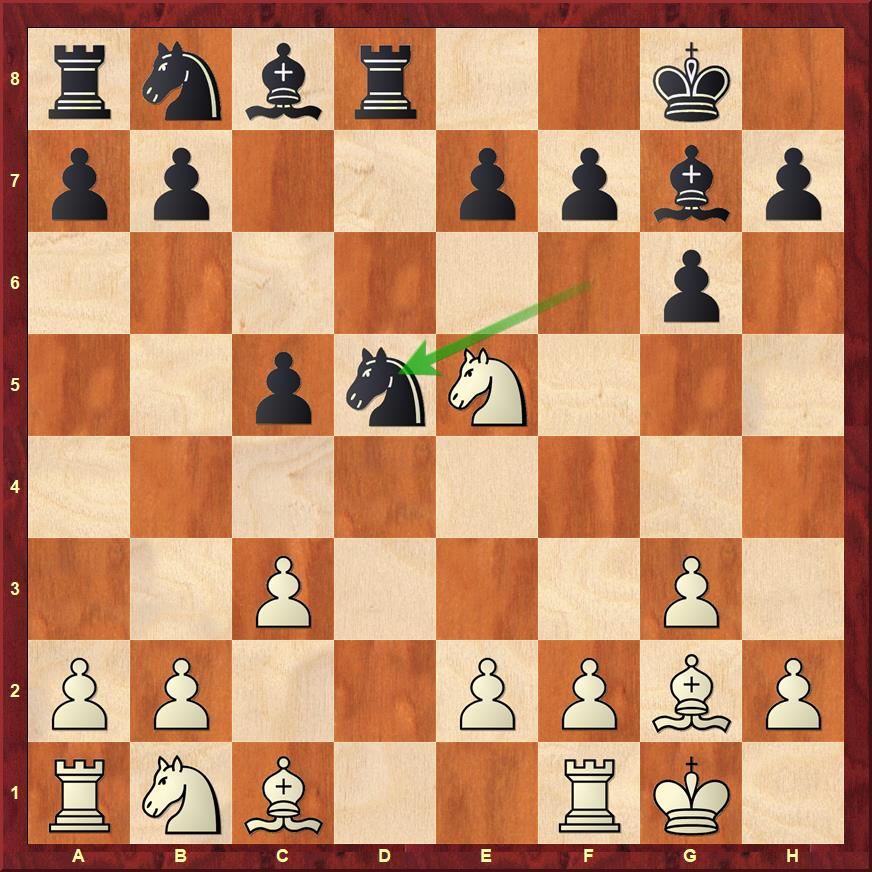 The knight has moved to d5. How did Pragg find some tactical opportunities here? | Photo: Amruta Mokal

Pragg went for the interesting sacrifice Nxf7. His opponent who was rated 2192, played decently but in the below position he had to take on e5. 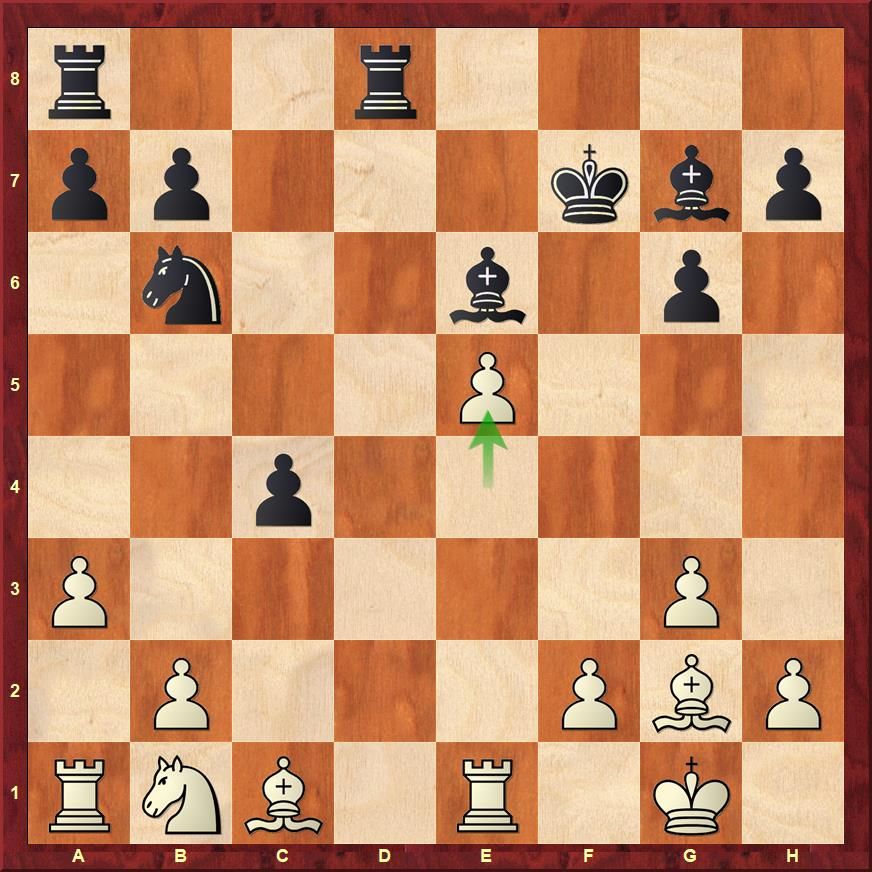 White has just pushed his pawn to e5. Now Black should have just snapped it off. But instead he played Nd7. Once White had bolstered his centre with f4! It was just one way traffic.
Pragg speaks about his game and the chances that Black had 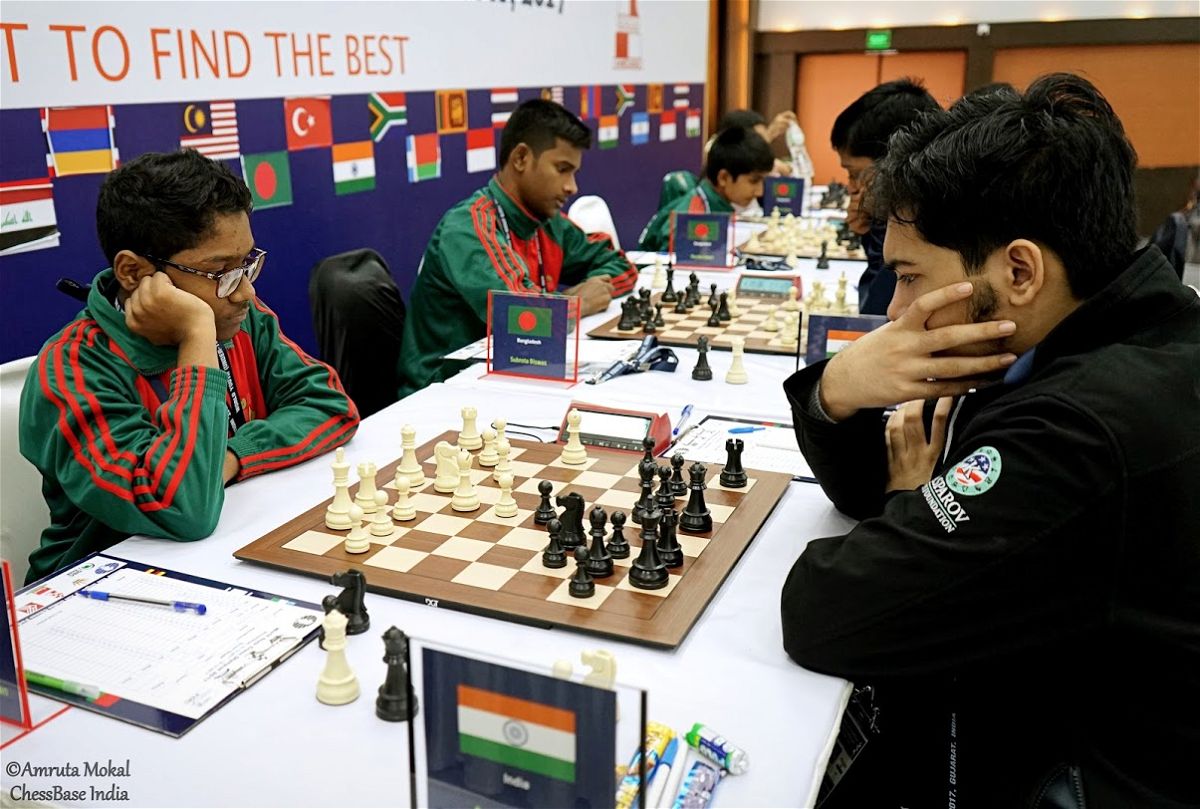 While Aryan, who is the only GM in the tournament, was a clear favourite, Mohammad Fahad played a very solid game of chess. And the last position where the draw was agreed was quite better for White. | Photo: Amruta Mokal
Mohammad Fahad speaks to ChessBase India after his draw against Aryan Chopra

So the scoreline reads 3.5-0.5 in favour of India, but ask Prasenjit Dutta (coach of the Indian Green team) and he will tell you how tensed he was at one point during the match!

The biggest upset of the day was Nepal's Milan Lama (1833) getting the better of Ekin Baris Ozenir (2377). The Nepal player played a fine game on board one to beat his Turkish opponent. 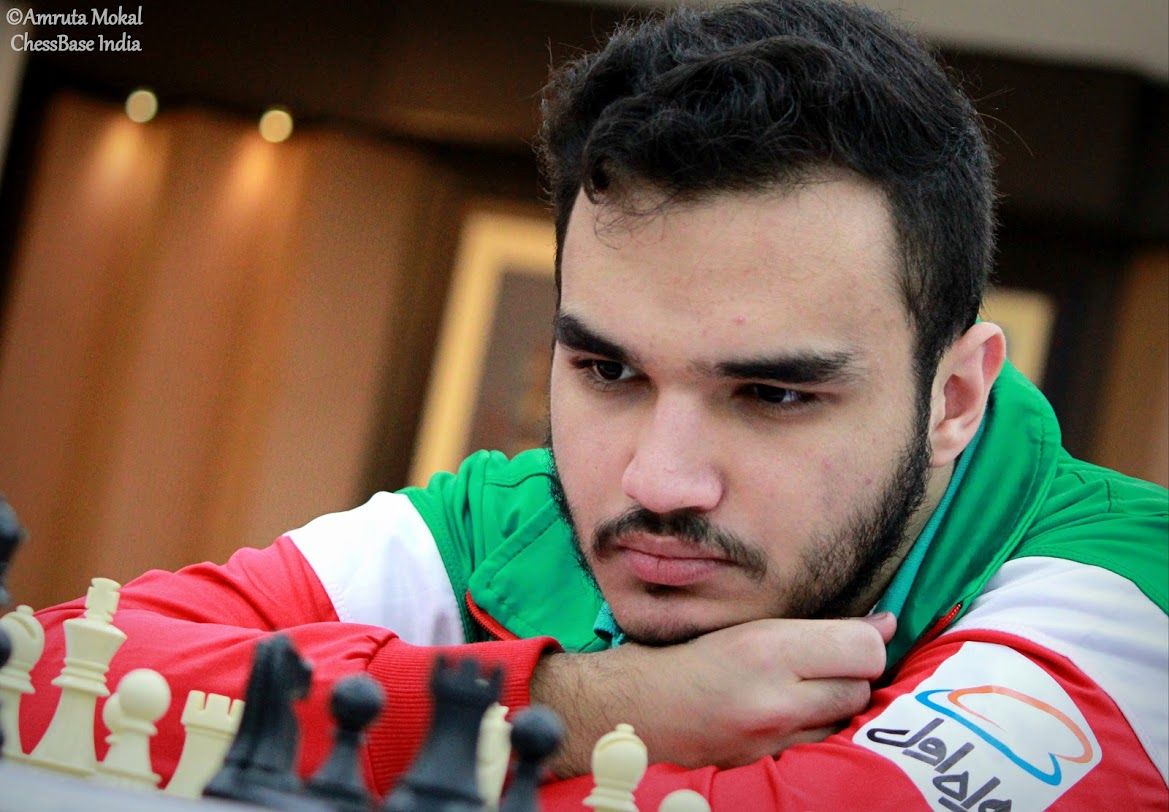 Two Iranian players to watch out for in this event are Amin Tabatabaei (2573) and... | Photo: Amruta Mokal 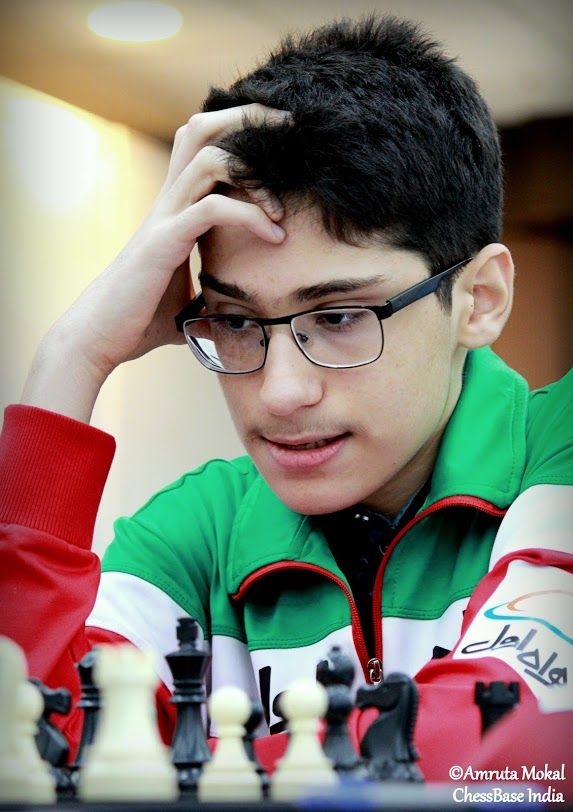 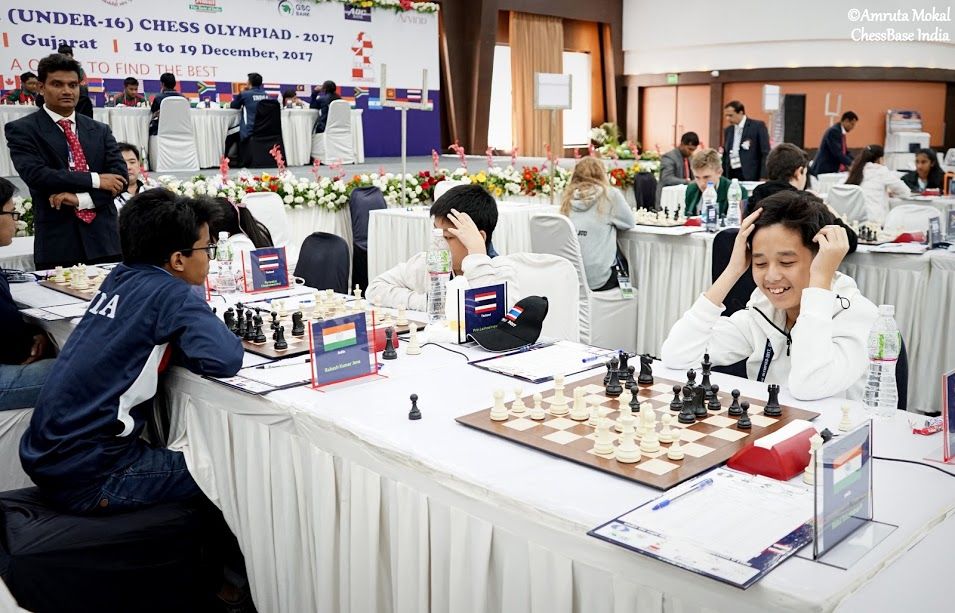 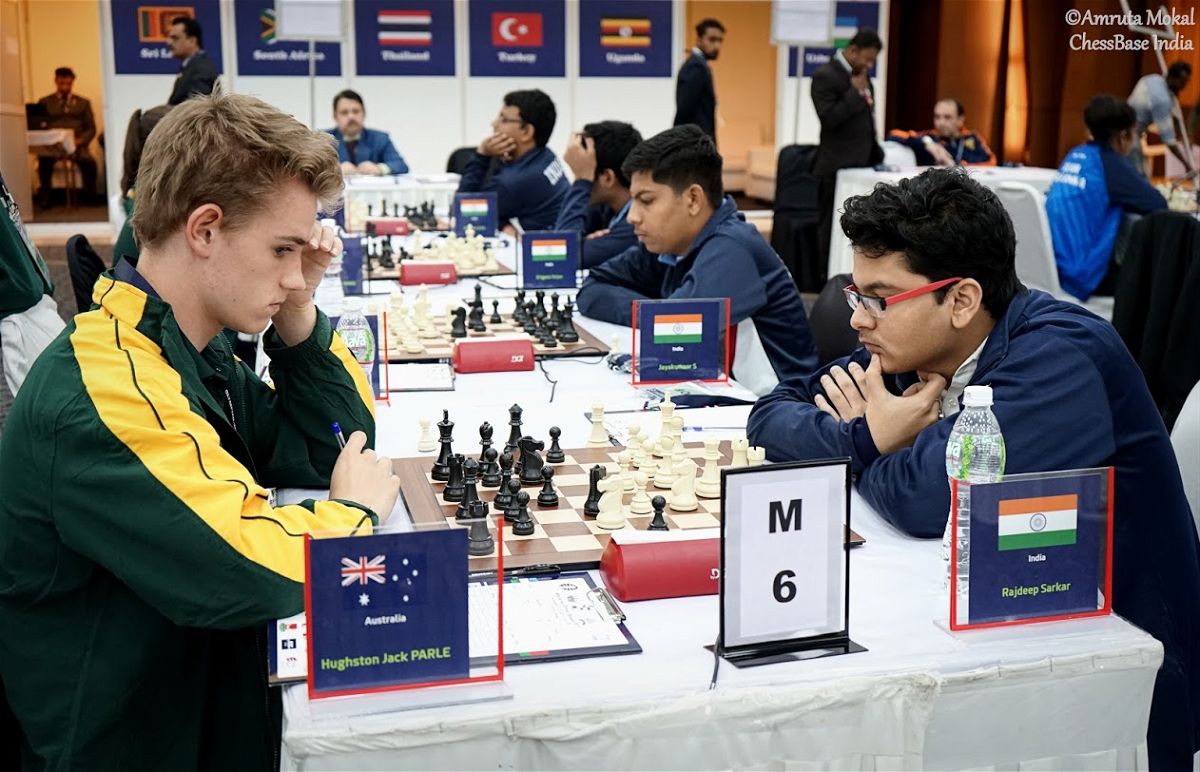 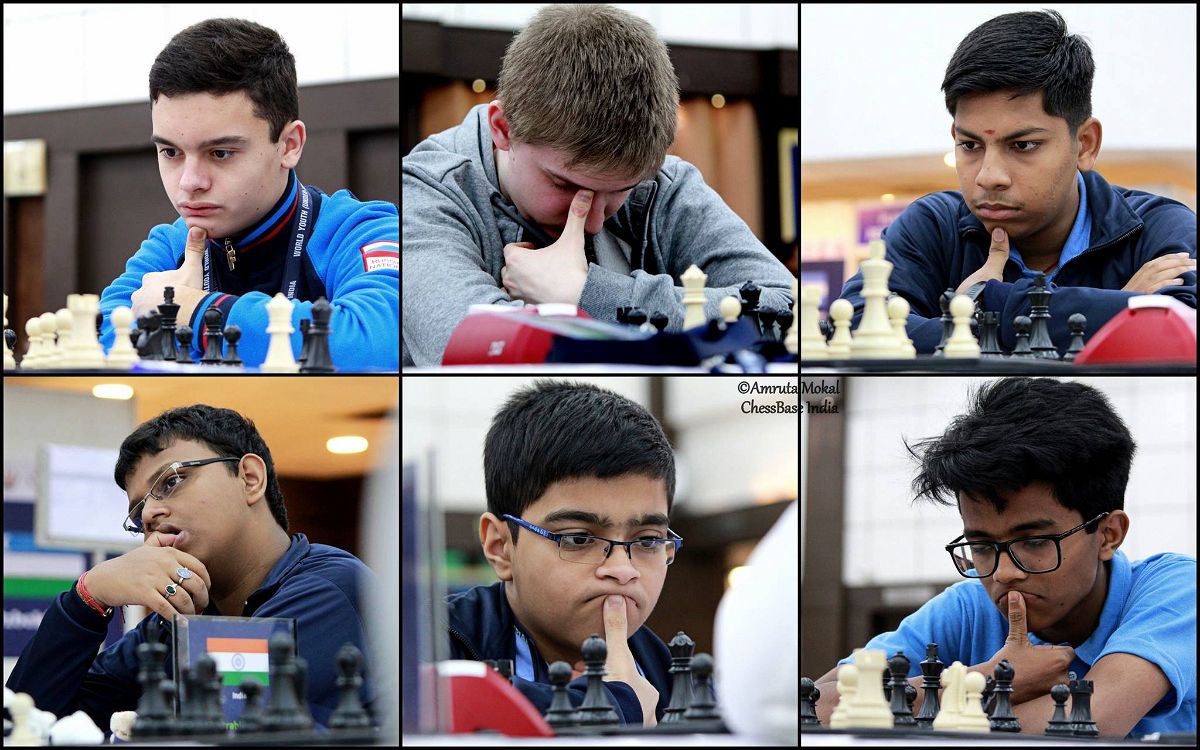 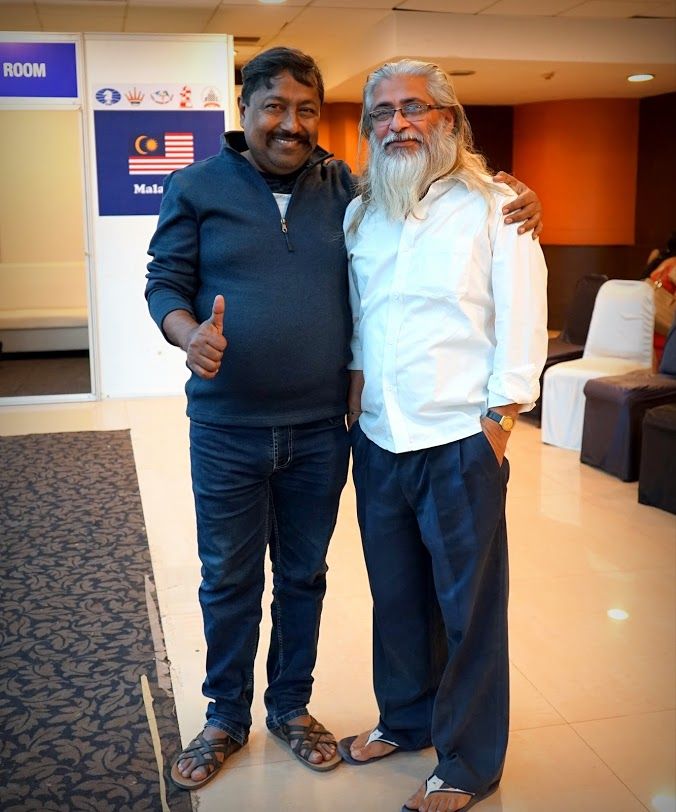 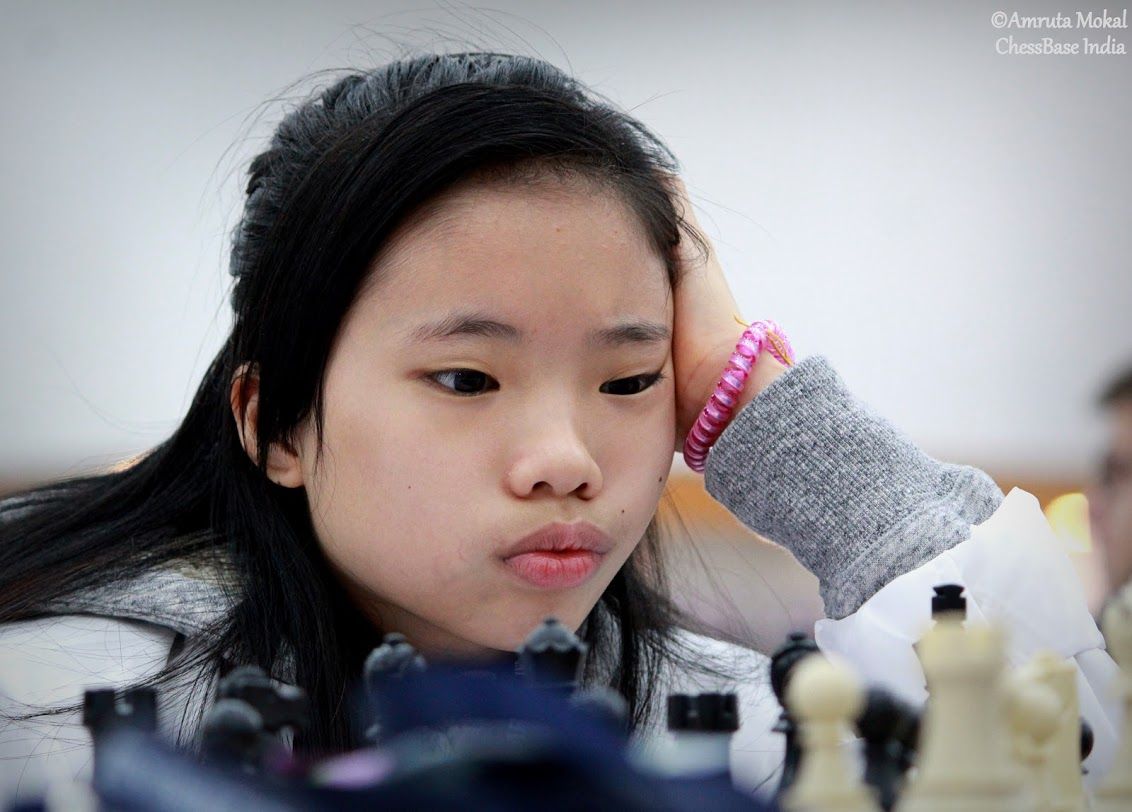 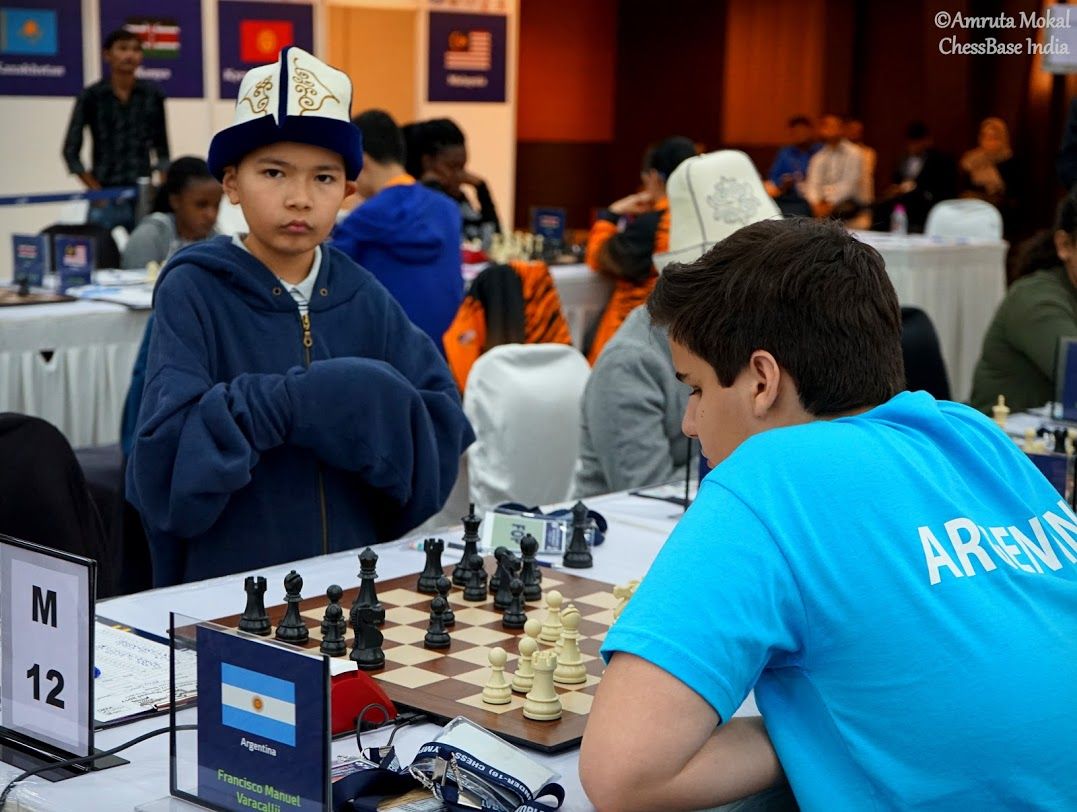 How do I make my moves? | Photo: Amruta Mokal 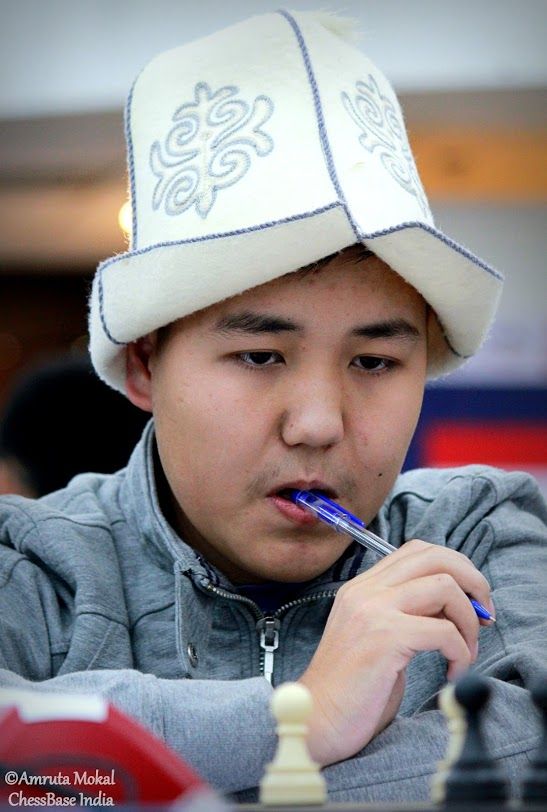 Do you like these hats of players from the Krygyz Republic? | Photo: Amruta Mokal 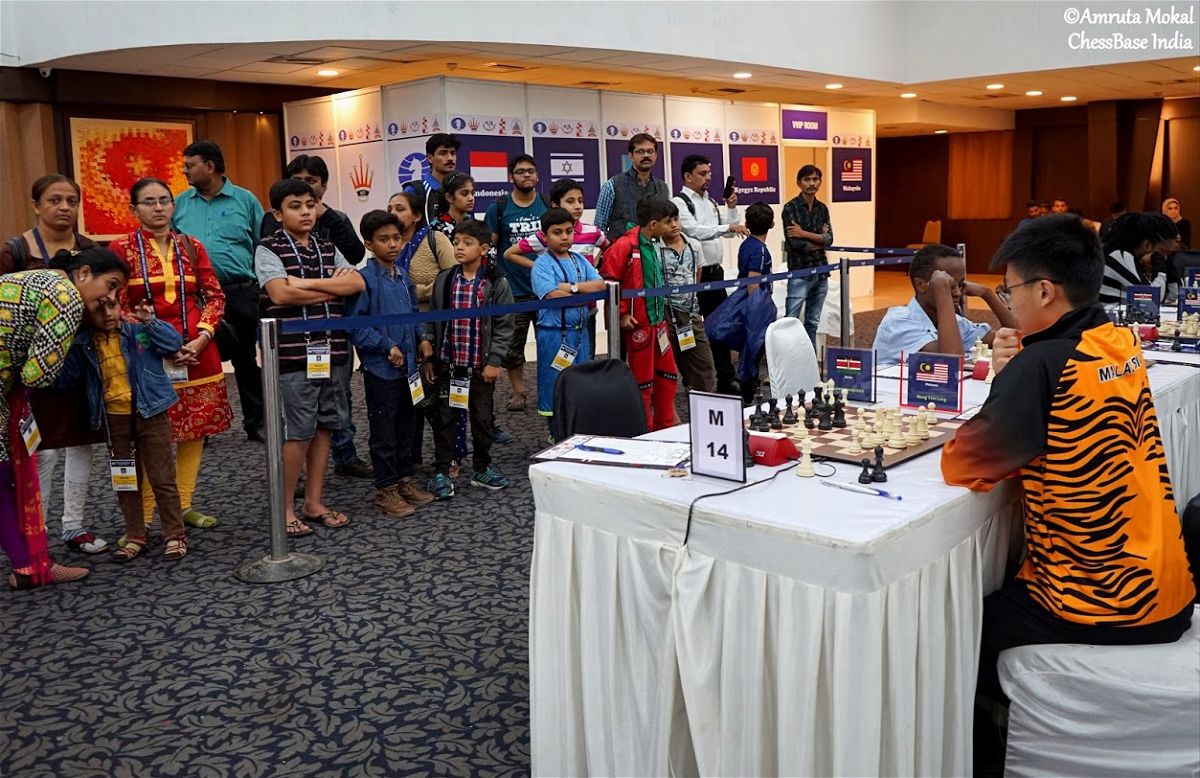 When such a tournament happens in your country, a lot of youngsters get inspired! | Photo: Amruta Mokal 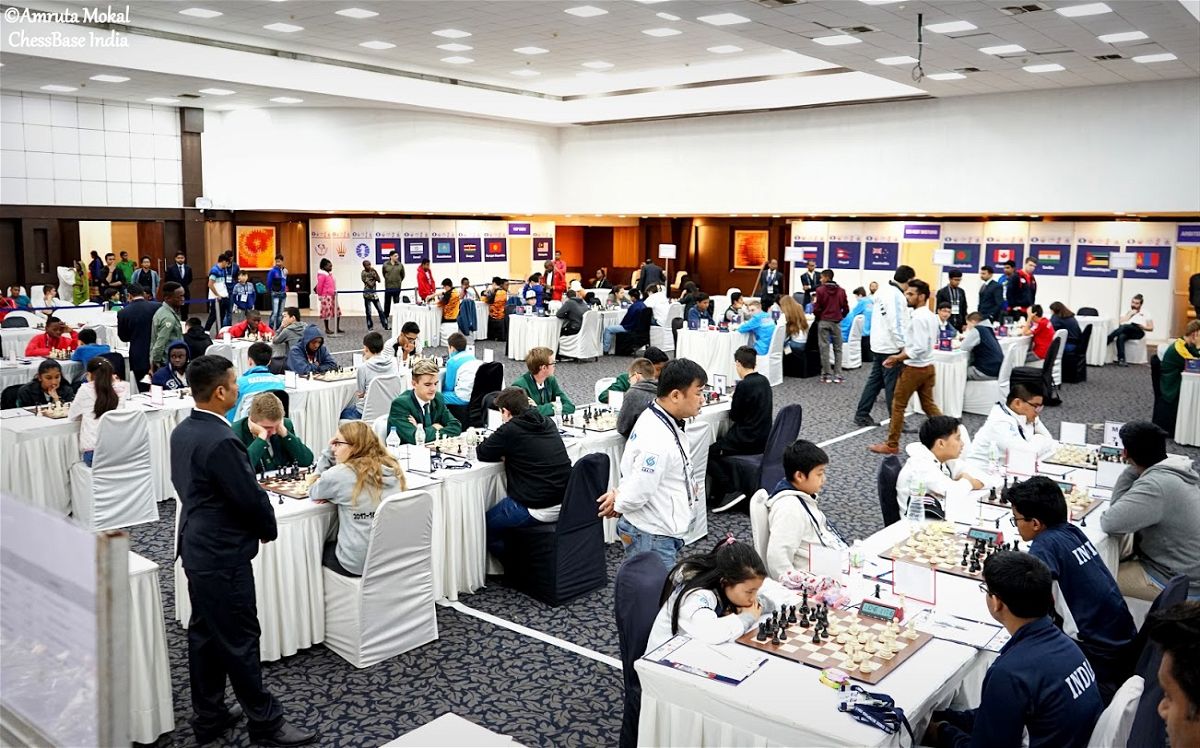 The playing hall is spacious and every match has an individual arbiter | Photo: Amruta Mokal

The best arbiters of Indian chess (a few are missing!) | Photo: Amruta Mokal

Replay all the games of Round 1 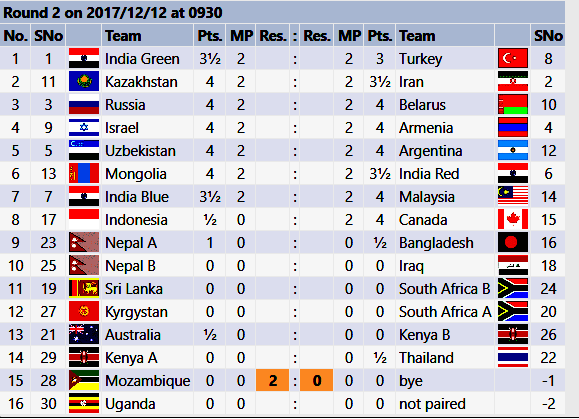