World Youth Olympiad Round 8: Russia win the title, India close in on the silver

Once the Russians had defeated India and Iran, it was assumed that no team would be able to stop them. And they didn't prove the pundits wrong. After eight rounds the Russian team stands strong with a score of 16.0/16, and none of their top four players have lost a single round. Indians on the other hand have been pretty shaky, but they have managed to win their last three matches and are now on 13.0/16, in the sole second position. P. Iniyan for team India has been the player of the event with a fantasic score of 6.5/7. Round eight report from Ahmedabad.

The penultimate round of any tournament is extremely crucial. The results in this round often decide the champion of the tournament. At the World Youth Olympiad 2017, it's Russia who have won the gold with their 16.0/16 performance.

The Armenians were going to play on the top board, but were in good spirits!

The tournament is taking place in the Karnavati Club, one of the best clubs in the whole of Gujarat
This time lapse video gives you a feel of the entire environment of the playing hall 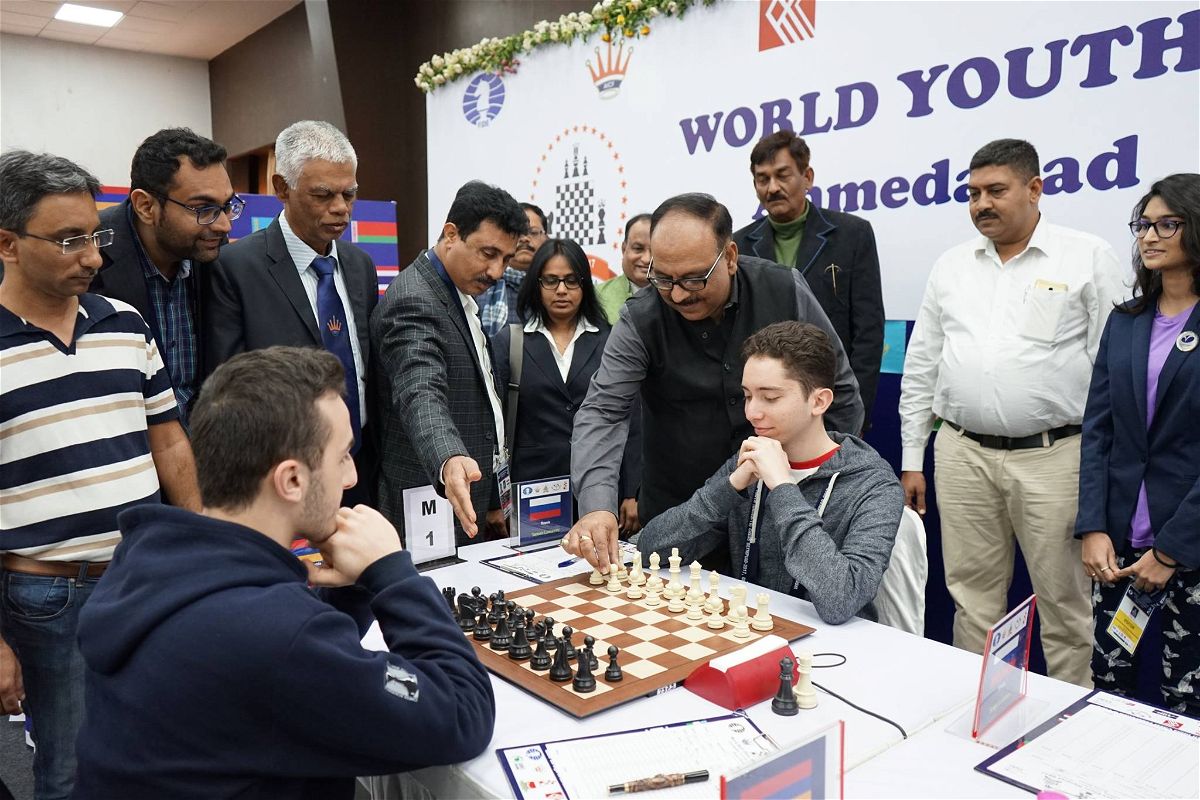 Inauguration of round eight 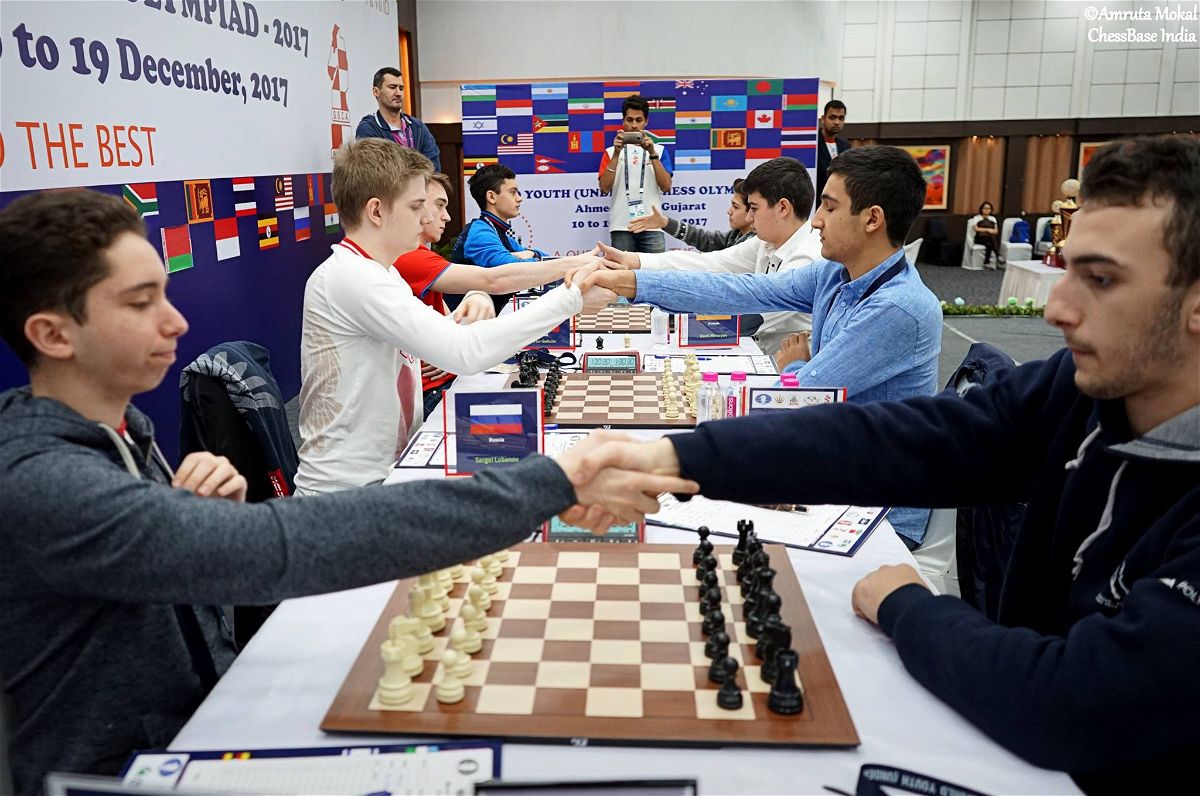 The match between Russia and Armenia was keenly contested. First three boards ended in draws. It was only on the last board that Timur Fakhrutdinov managed to outplay Mamikon Gharibyan.

With this win Russia sealed their gold medal at the event. They now have 16.0/16 and are three points ahead of the second placed team. What a fantastic performance by the team.

Indian team started off pretty well. Iniyan scored a win on the fourth board and so did Pragg on the third. But Aryan Chopra faltered once again and lost on the top board. The onus was now on Praggnanandhaa to score at least the half point. But the boy delivered. He scored a full point and gave the Indian team a 3.0-1.0 victory. 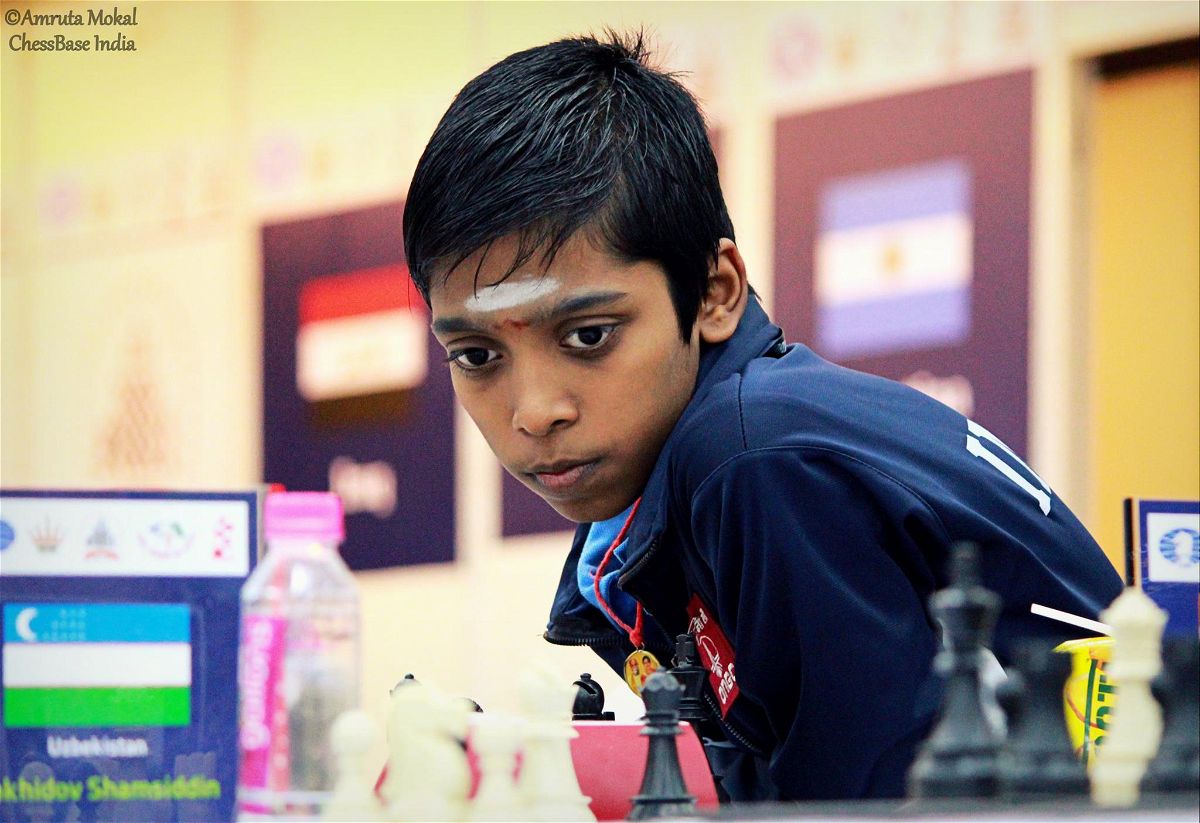 After the round we got Praggnanandhaa in the studio. He showed us some interesting variations from the game and Nihal also joined in.

Nihal Sarin opened the game with 1.b3 and put his opponent under quite some pressure. Finally at a crucial juncture, his opponent missed White's move g4 and Niha pocketed the full point. 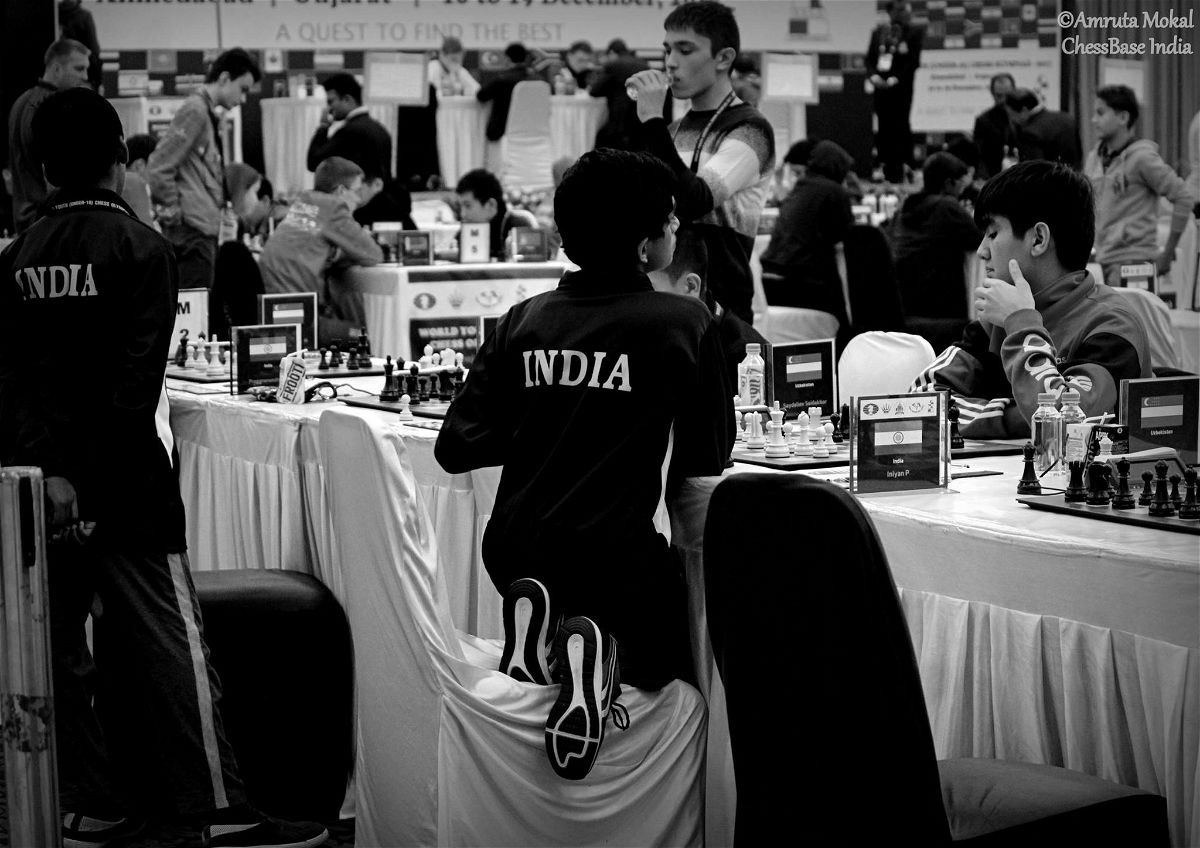 Nihal does a Pragg and Pragg does a Nihal!

Iniyan has been playing extremely well and is now on 6.5/7 at this tournament!

India red were able win against the team of Turkey. The win was provided by Mitrabha Guha and Arjun Ergiasi. The team now faces Russia on the top baord. 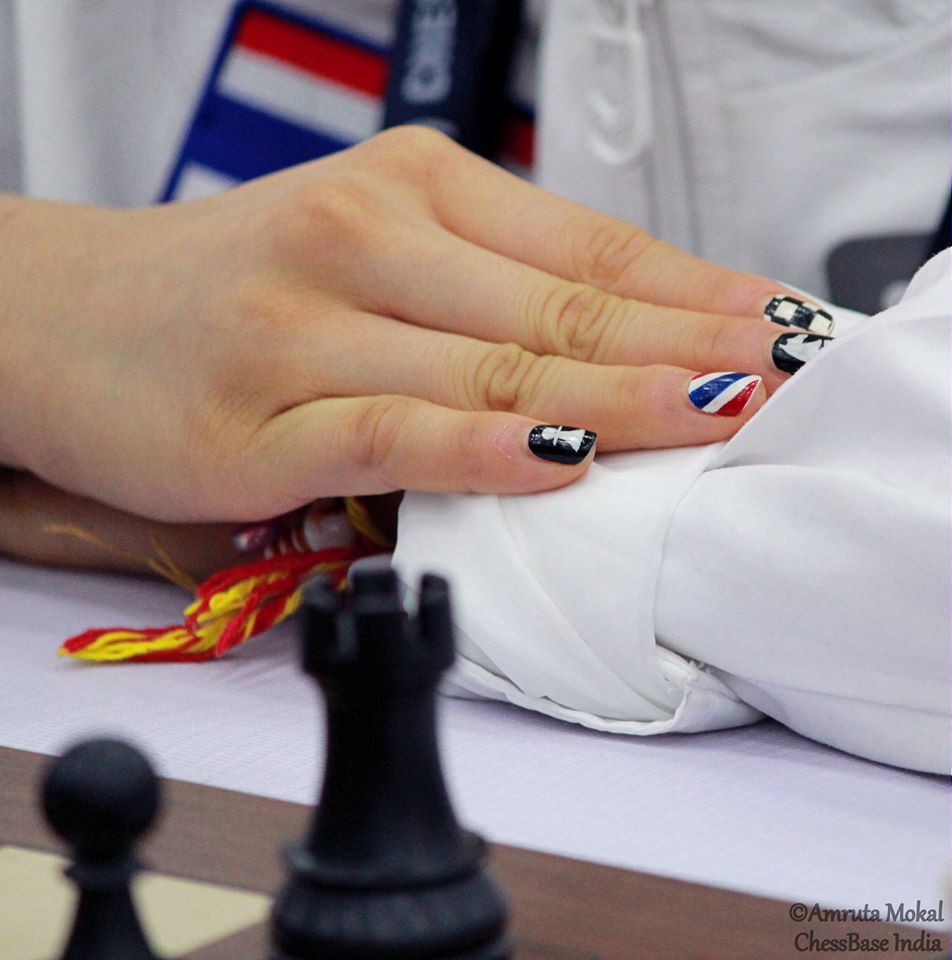 Chess can be any and everywhere! 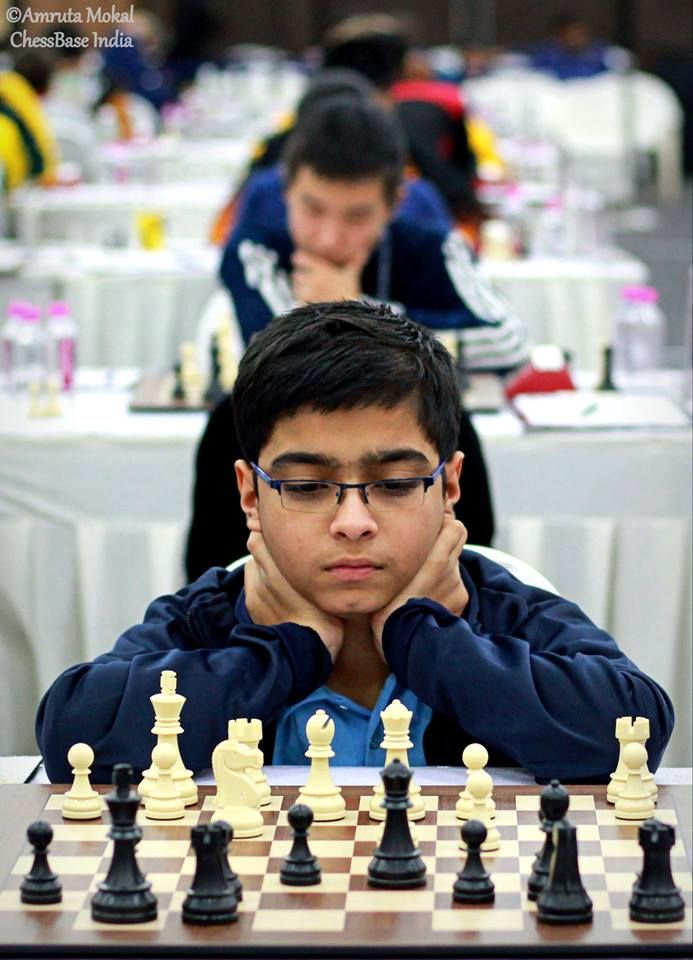 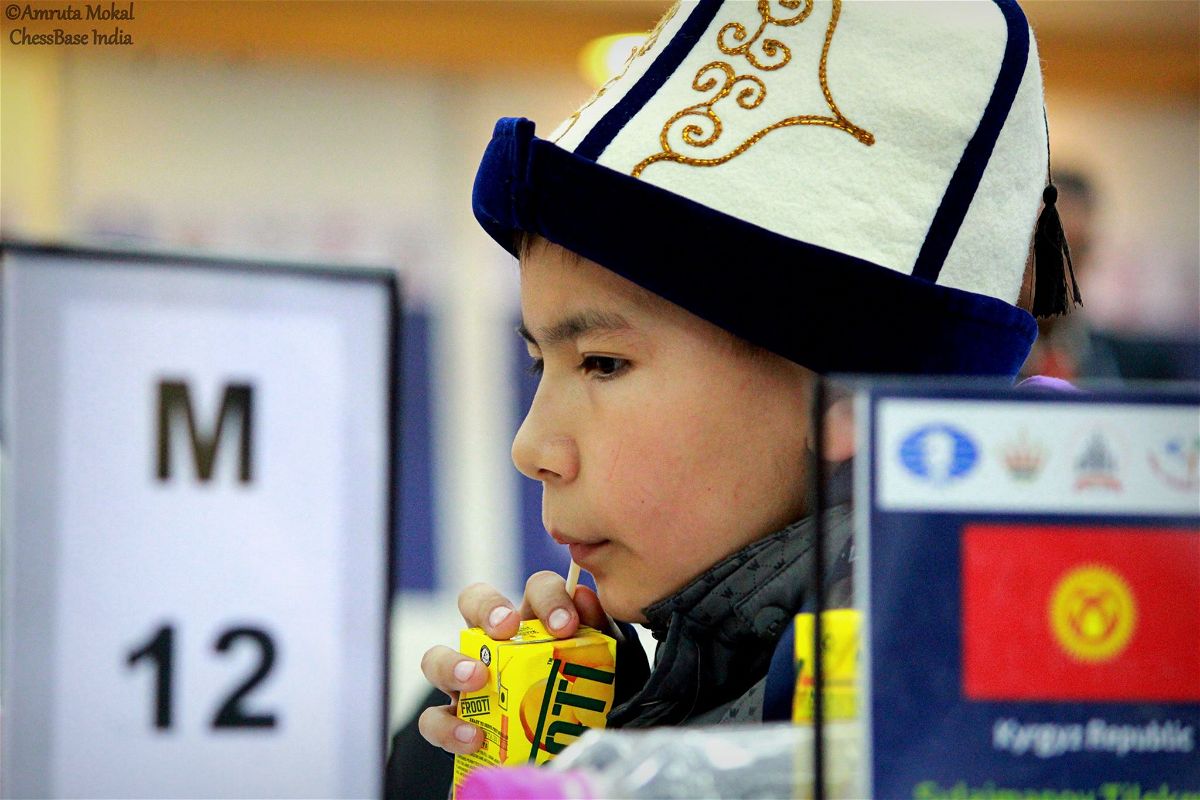 Nirav Rajasuba, a well known player from Ahmedabad, with his family 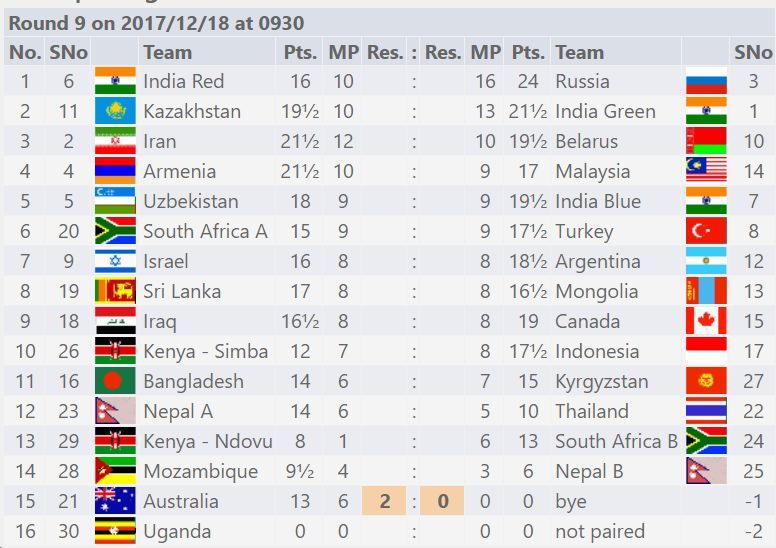 Replay all the games from round 8: