What a finale it was to the World Rapid Championship! After 15 gruelling games, the tiger from Madras, Viswanathan Anand, won the rapid championship for the 12th time in his career in the Saudi Arabian capital of Riyadh. Scoring an undefeated 10.5/15, Vishy was tied for first with Ian Nepomniachtchi and Vladimir Fedoseev and had to win a playoff before he could lift the champion's trophy. In his trademark style, the lightning kid of the 80s showed his blitz prowess yet again scoring an emphatic victory over the Russian GM. A reports with pictures, games and analysis.

Nail-biting chess was witnessed at the third and final day of the King Salman World Rapid Championship in Riyadh, Saudi Arabia. Magnus Carlsen put the pedal to the metal after his loss to Vishy Anand in the ninth round and won four straight games to get to the top spot. Anand, on the other hand, drew his next four rounds and maintained his joint second spot, half a point behind Carlsen.

Carlsen’s twelfth round game against Vladimir Fedoseev, who was leading the tournament until this round, was especially important. By taking down the Russian GM, Carlsen not only catapulted forward in the tournament himself but also helped Anand in a way by bringing down Fedoseev’s tiebreak score.

In the game, Carlsen was unable to attain anything out of the opening or the middle game from the black side of a closed Ruy Lopez. In fact, well into the endgame, the position, as Carlsen himself admitted after the game, was just a draw. But by around move 40, Carlsen began to conjure up what was nothing short of witchcraft. 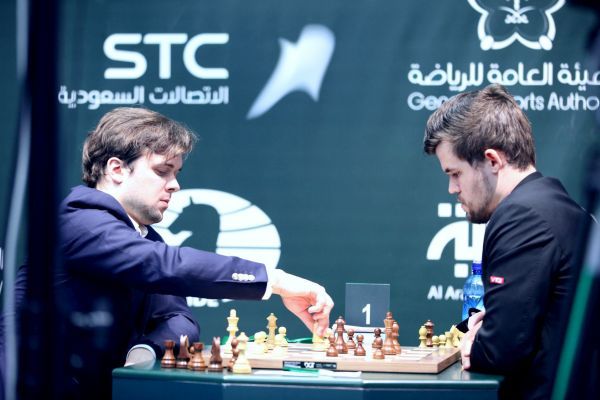 Fedoseev suffered his first loss of the tournament against Carlsen | Photo: Official website

In a queen and rook versus queen and bishop endgame with equal pawns, he sacrificed his king rook pawn to get his king to the other side of the board and create a passed pawn there. Carlsen’s bishop, in the meantime, kept Fedoseev’s kingside passed pawn in check. In the end, the position which looked dead-drawn transpired into a win for the world champion. Fedoseev couldn’t believe his eyes as he sat there gazing, unable to contemplate how Carlsen managed to pull it off.

As for Anand, he had drawn all of his first three games of the day against Svidler, Nepomniachtchi and Onischuk and, in round 14, he was in almost in a must-win situation. Since Carlsen had drawn his game against Wang Hao in the 13th round, Anand was still only half a point behind. 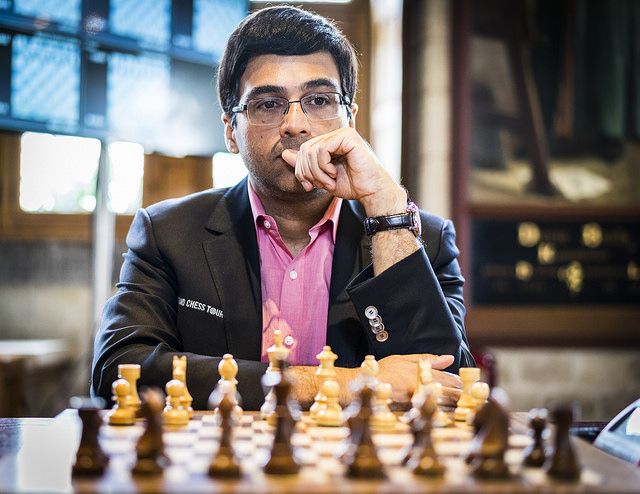 In the penultimate round, Anand was pitted against the man who loves playing while seconds ticked down his clock, Alex Grischuk.

Grischuk was in the mood for peace over the board. He chose the Berlin wall with the black pieces. But Anand wasn’t going to have any of it and went for an anti-Berlin line. As play progressed Grischuk went for a dangerous line in which his dark-squared bishop was buried behind his own pawn chain. As compensation, he had a decent pressure over Anand’s e4 pawn. But as Anand eventually proved, this was not enough. Prying open the f-file Anand launched a monstrous attack on the black king and, by the 57th move, won in the way he used to in his prime.

In the final round, Anand yet again chose the most pragmatic approach. He had the black pieces against the Chinese GM Bu Xiangzhi. Without risking much, Anand went for a quick 11-move draw in a Queen’s Gambit Declined and put the onus on Carlsen to win the game.

Grischuk to the rescue!

Carlsen had the white pieces against Grischuk. He kicked off with an off-beat double bishop fianchetto and tried to complicate matters with an exchange sacrifice. But Grischuk turned out to be a tough nut to crack for the world champion as the former began generating an attack on the white king by opening up the g-file. 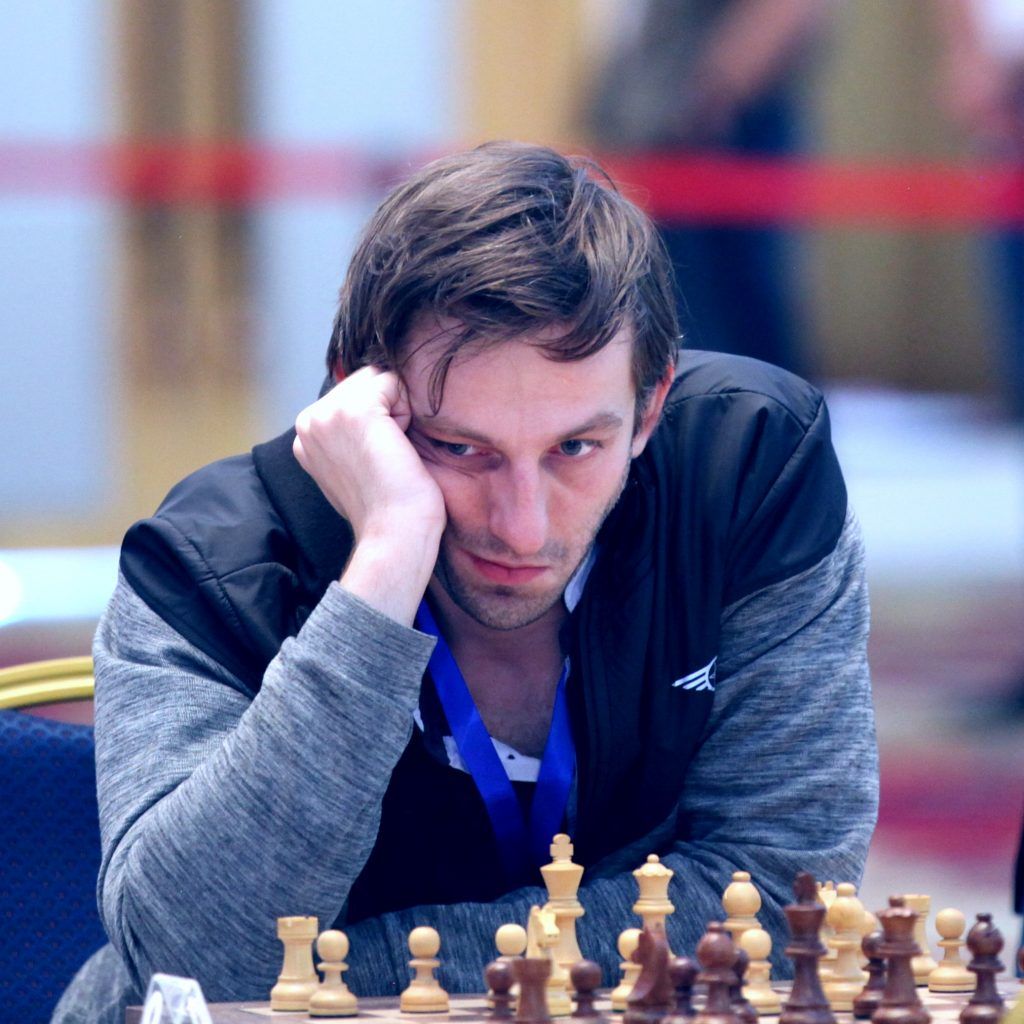 The position looked hopeless for Carlsen by now. Desperate to seek counterplay, he sacrificed a bishop with the hope of getting counterplay against the black king. But Grischuk was having none of it. He returned the piece and liquidated the position into a winning endgame.

Anand’s draw pushed him ahead of Carlsen but in doing so, he allowed Nepomniachtchi and Fedoseev to catch up with him. As per the rules, in the case of a tie for the first place, top two of the tied players were to play a blitz playoff. Anand and Fedoseev were chosen as the contenders due to superior tiebreak score. Fedoseev had held Anand to a draw in their head to head match in the tournament. This was not going to be a cakewalk for Anand. But when the playoff began, Anand made it look so easy.

Anand essayed the Italian Opening with the white pieces in the first game. Just like in his game against Grischuk, he gave up both of his bishops for the black knights and shattered Fedoseev’s queenside pawn formation. Right out of the opening, Anand was simply better and had already begun harvesting the Russian’s queenside pawns. On the 29th move, Fedoseev lost on time in a dead lost position.

In the next game, Fedoseev threw all but the kitchen sink at Anand. In a must-win situation, the Russian came up with some crafty tactics in the middle game, sacrificing a knight first and a queen later to create chances. After all, it was a must-win situation. But Anand played with ice cool nerves and kept things under control. At the end of the sequence, Fedoseev had nothing better than forcing a draw by perpetual checks.

This is a very welcome victory for the former five-time world champion, especially in the light of his terrible show at the London Chess Classic, earlier this month.With this win, Anand has won the world rapid title for the twelfth time in his career and for the feat has received heaps of praise from all around the world.

While the Dutch number one, Anish Giri said he could feel Vishy’s thrill even if he was miles away, Filipino-American GM Wesley So believed he played a part in Anand’s victory because he had wished Anand the best success when they parted in London.

After the tournament, Anand tweeted that the song ‘We are the champions’ kept playing in his head and that he would talk more about this after the blitz tournament was over. Sharing her thoughts with ChessBase India, Anand’s wife, Aruna said, “I am on top of the world. If I could just fly to Riyadh right now, I would.”

Even the Indian Prime Minister, Narendra Modi extended his regards to the newly crowned world rapid champion: “Congratulations @vishy64theking! You've proven your mettle time and again. Your tenacity inspires us. India is proud of your exemplary success...”, he wrote on Twitter. Final Standings

World Rapid and Blitz: Viswanathan Anand is still a force to be reckoned with; age is just a number for him