Generally when we think about a magnum opus event of a particular sport, a title sponsor is almost always associated with it. Be it FIFA, ICC, F1 or any other sporting event, the association of Pepsi, Coca-Cola, Redbull, Samsung, Adidas, Reebok, Puma, Castrol and various other brand with such sporting events have almost become synonymous to the sports fans and followers. FIDE for the first time is open to the idea of having a title sponsor for next year's World Championship. If the last nine months of the online chess boom has taught us anything, then a title sponsorship for FIDE World Championship is definitely going to be a right step in the forward direction. Photo: Nicky J Sims/Getty Images for Kaspersky Lab 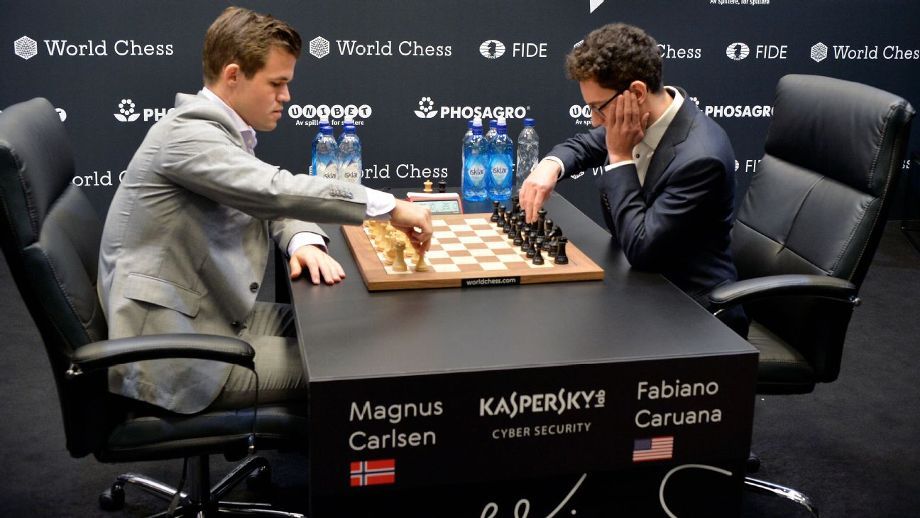 In a sporting universe where top tournaments have long been riding on multi-million-dollar sponsor contracts, this news may sound unremarkable: For the first time, FIDE, the world chess body, has approved the possibility of title sponsorship for its premier event -- the World Championship match, in Dubai next November. It's the first such deal in chess and there's sufficient reason why this matters for the sport.

Chess has long tried to shed its elitist, niche image for wider appeal. This year's adversity-turned-opportunity of the pandemic and the sport's embrace of the digital space gave its administrators an impetus. The idea to place value on a unique asset like the World Championship match and bring a title sponsor on board was one that was pushed by economist and GM Ken Rogoff. The American, who quit formal chess many years ago, is part of the FIDE commission on global strategy.

Confirming the development, FIDE director-general Emil Sutovsky told ESPN, "We saw a lot of interest, and discussed various options. Title sponsorship was never approved by FIDE before, but we feel it can be attractive for companies that are willing to promote their brand through partnership with chess."

FIDE holds the sole rights to the World Championship, which picks a world champion, and the money for the event has largely come from faceless agencies and patrons. Under its previous long-serving millionaire president, Kirsan Ilyumzhinov, questions over the source of funds were raised on many occasions, even by reigning world champion Carlsen himself.

In 2014, months ahead of his scheduled title match against Viswanathan Anand in Sochi, Russia, Carlsen had sought a postponement because of the "uncertainty" over several factors. One of his concerns was Agon, an opaque entity that held the exclusive commercial rights to the match. It wasn't clear who the actual owners and benefactors of Agon were; rumours were that it was Ilyumzhinov himself.

Ilyumzhinov's political affiliations with other world leaders did not help chess's global image or its business prospects, either. His alleged dealings with the Bashar al-Assad government put him on the U.S. Treasury department's sanctions list in 2015 and accusations of him facilitating transactions on behalf of the Syrian government saw Fide's Swiss bank accounts being frozen in 2018.

The organisation of the 2016 World Championship in New York between Carlsen and Sergey Karjakin was again led by Agon and large American businesses distanced themselves. A Moscow-based asset management company, a Russian fertiliser firm, a French pen company and a Norwegian company that sold bottled water, eventually made up the pool of sponsors for the match. Agon charged fans $15 dollars for a pay-per-view live stream during the 2016 match.

Two years ago, Fide elected a new president, former Russian deputy Prime Minister Arkady Dvorkovich. Prior to being voted in, Dvorkovich had, among his plans, notably mentioned "long-term funding via corporate sponsors" as one of his primary objectives and Fide's latest decision can be seen in line with it.

"Fide has fully restored all rights related to the staging, broadcasting and sponsorship of the World Championship match," says Sutovsky.

Chess.com has acquired the broadcast rights for the match -- between Magnus Carlsen and the winner of the Challenger tournament -- which will bring it live to a wide audience.

"Our aim is to grow the game and reach as many people across all parts of the world, which is why we didn't want a per-per-view arrangement. We are in talks with other prospective broadcasters too. We already have ongoing partnerships with major brands such as Coca-Cola, Cisco, Total and these two years have shown a massive change in the work ethic of FIDE."

For chess, the legitimacy that transparent sponsorship can bring is necessary. The sport is already riding a crest and putting a face, name and brand against its marquee event, can only be a good thing.