Who put the "Indian" in Indian Openings?

Why, after all, are the Indian openings called "Indian"? Conrad Schormann tried to find an answer to this question and found it in the ChessBase Mega Database. It led him back to a clash of classical and hypermodern theory in old India.

After World War I when the arms in Europe were silent for a while a revolution started on the chess board. The "Hypermoderns", led by Richard Reti and Aron Nimzowitsch, revolted against the (allegedly) rigid teachings of Steinitz and Tarrasch.

Ruling instead of conquering

These young chess rebels used different weapons to fight for the centre than their great predecessors. Classical theory postulated that you need to occupy the centre in the opening with pawns. Now Reti and Nimzowitsch invited their opponents to erect massive pawn centres which they then wanted to take under fire, with the fianchettoed bishops as their main weapon.

"Ruling instead of conquering" was the central motto of the chess revolutionaries. Thus, in the 1920s an entirely new class of openings was created, the "Indian Defenses" which were based on the ideas of the Hypermoderns. 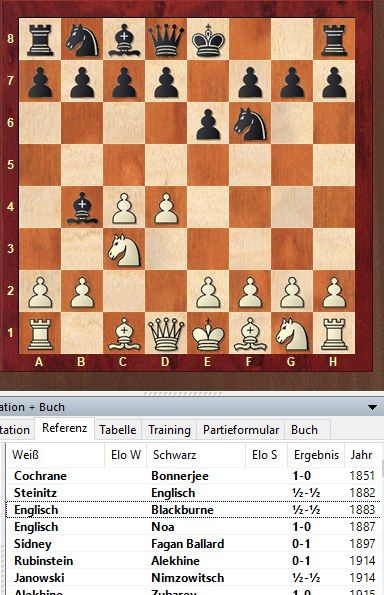 Alexander Alekhine played the Nimzo-Indian before Nimzowitsch did…

If you want to know how openings developed the ChessBase Mega Database) offers an inexhaustible source of information. We put the key position on the board, click "Year", and we see who played this position first.

This also reveals that the future World Champion Alekhine in his younger years was attracted by hypermodern ideas. Alekhine played the Nimzo-Indian Defense before its name-giver did (and a long time before the opening got its name), and Alekhine had the Grünfeld Defense on the board before the Austrian Ernst Grünfeld was rewarded for his outstanding contributions to the development of "his" opening. …and Alekhine played the Grünfeld before Ernst Grünfeld

A bit later Alekhine created a hypermodern opening of his own, Alekhine's Defense 1.e4 Nf6, which invites White to chase the black knight while occupying the centre with pawns. One of the greatest proponents of this defence was no other than Ernst Grünfeld.

But who are Cochrane and Bonnerjee who in both lists appear at the very top? Compared to these two the Hypermoderns look rather old. In their games in Calcutta, these two gentlemen reached the basic positions of all Indian Defenses almost 70 years before the hypermoderns. 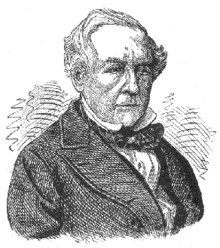 John Cochrane (pictured, 1798-1878) was a Scottish chess master and a lawyer by profession. Cochrane spent decades of his life in India and founded the local chess club in Calcutta. His chess studies still have an impact today.

The "Scotch Opening" and the "Cochrane Gambit" (1.e4 e5 2.Nf3 Nf6 3.Nxe5 d6 4.Nxf7), which also provides a splendid illustration of the preferred playing style of its creator owe their names to John Cochrane. Cochrane was very much a child of his time and not at all afraid to sacrifice material to attack the enemy king. And the "Cochrane Defense" is not an opening but a way to draw the endgame rook against rook and bishop.

For a long time Cochrane, after Howard Staunton (his former student) Britain's number two in chess, had been looking for opponents in India who were a match for him. In 1848 Cochrane finally heard about a Brahmin from a village near Calcutta who allegedly had never lost at chess: Moheschunder Bonnerjee.

The double step of the pawn: unkown in India

Cochrane went to see Bonnerjee and in the following years, the two were to play hundreds of games against each other. Most of them are preserved because Cochrane diligently kept score and took care that the games appeared in British chess publications. In Bonnerjee, who won about a third of the decisive games they played, Cochrane had found a worthy opponent in India. Though Bonnerjee played with a severe handicap: his games against Cochrane were played according to the European rules of chess (which are still used today) but throughout his life, Bannerjee had played according to the Indian rules of chess. In a crucial detail, these rules differed from European chess: the double-step of the pawns at the beginning of the game was not allowed.

Therefore Indian players used entirely different set-ups than players in Europe. While the European masters first occupied the centre with pawns, fianchettos had already been popular in India before Nimzowitsch, Grünfeld or Reti were even born. Playing  …d6, …g6 and …Bg7 with Black just felt natural for an Indian chess master of the early 19th century. It took a whole century before such set-ups became popular in Europe. 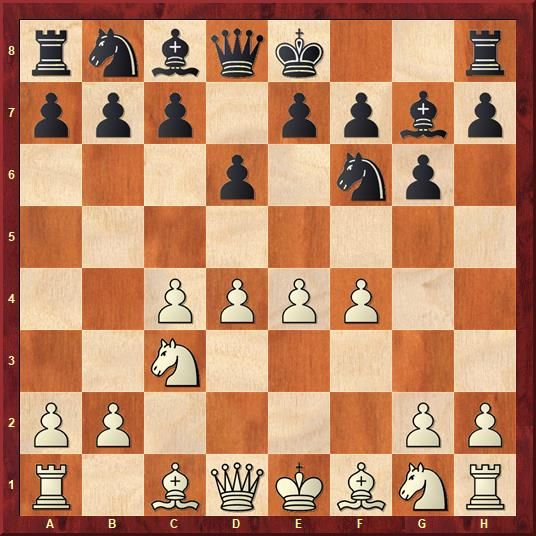 Cochrane and Bannerjee discussed the Four Pawns Attack in the King's Indian dozens of time — with mixed results.

In his games against Cochrane Bonnerjee, who was not used to the double-step of the pawns, usually chose set-ups that were familiar to him. This led to a clash of "classical" and "hypermodern" chess philosophy, a long time before Steinitz founded the classical theory, and even longer before young masters felt provoked to rebel against it.

That is the reason why we often find games between Cochrane and Bonnerjee as the first game of "Indian" opening systems. In the Four Pawns Attack of the King's Indian Defence, the two had a particularly fierce debate. Cochrane developed according to his principles, quickly erecting a huge phalanx of pawns, which Bonnerjee tried to undermine. Every so often Bannerjee also tried a double-step with his pawns and suddenly a Grünfeld was on the board. Or a Petroff. The Cochrane Gambit also came to life in the match between the lawyer from Scotland and the Brahmin from West Bengal.

When the Hypermoderns stormed the chess arena in the 1920s, the Polish-Austrian chess master and author Savielly Tartakower remembered that he had seen the outlines of hypermodern opening set-ups in the old games between Cochrane and Bonnerjee.

Tartakower (image, right) proposed to name the new openings "Indian" to pay reverence to the old games of the Brahmin from Calcutta. Here and there this proposal was refined but basically, it took root, and the name remained until today. 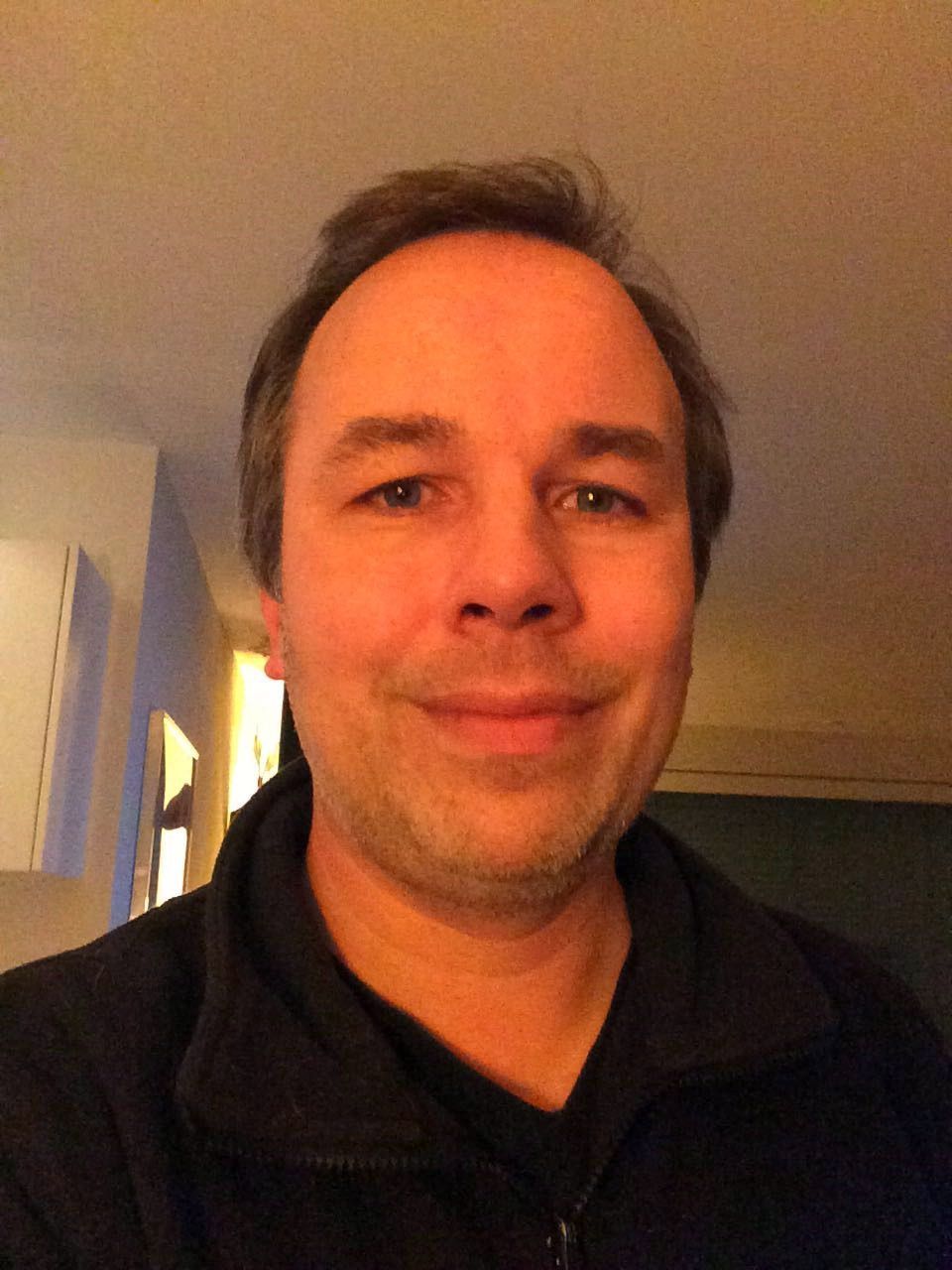 Conrad Schormann, skilled newspaper editor, runs an agency for editing and communication in Überlingen, at Lake Constance. But he lacks time to play chess which is partly due to the fact that he very much likes to write about it, for Chessbase, in the Reddit chess forum, or for his chess teaching blog Perlen vom Bodensee...