Big brands use celebrities all the time to promote their products. Usually they go for Bollywood stars and when it comes to sports, it's the cricketers who get the endorsements. However, when brands want to portray smartness, there is one man who is a cut above everyone else. Yes, you guessed it right - the five-time World Champion Vishy Anand! Recently Vodafone released three 30 second ads on their smart data plans and the protagonist in them was India number one Viswanathan Anand. Anand doesn't speak much in the ad. It's his smile and witty answers to Gaurav Kapur's questions that gets the message across!

Since Reliance launched Jio 4G broadband network in September 2016 many of the telecommunication companies were hit because of Reliance's extremely competitive rates and marketing strategies. Vodafone, of course, is one of the key telecommunication players in the Indian market. As a part of its strategy to increase the consumer base, it has roped in none other than Vishy Anand. The idea of working with the "smartest Indian" is to make people aware about the smart postpaid internet plans that Vodafone has launched. 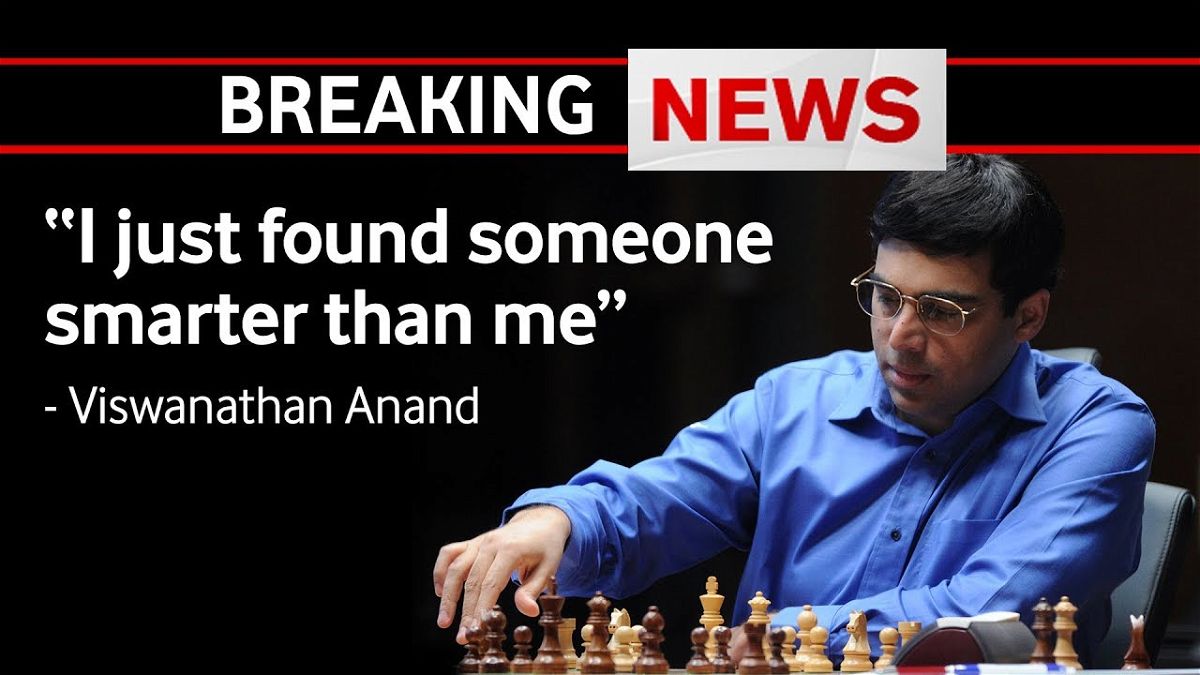 "I just found someone smarter than me", says Vishy Anand and that someone is Vodafone!

There are three 30 seconds advertisments that have been shot with Vishy Anand for Vodafone. The brand wanted to send a strong message to the viewers about their smart data plans and who better than Vishy Anand for that role. Also featured in the ad is Gaurav Kapur, who is well known to many cricket fans for his appearances in IPL and also for his hugely popular Youtube series Breakfast with Champions (BwC).

It is a wonderful feeling for the chess community that one of its star features in an ad that will be watched by millions all across India. We have seen so many cricketers in the limelight with most of brands endorsing them for their products related to fitness, style and glamour. But when it comes to smartness there is no one better than Vishy Anand! The five-time World Champion gets the message conveyed with just his smile and a few words! That's his power!

I've made the #SmartestMove ever. Any guesses?

Gaurav was quick to ask for a free massage:

Vishy was quick to invite Gaurav for a breakfast:

Only if you will have breakfast with me ! https://t.co/AE5AOGZaJo

For all those who are not aware about the show "Breakfast with Champions, have a look at them over here. I promise you won't be disappointed! Gaurav Kapur, if you are reading this, please do not delay your breakfast with Vishy Anand. We, chess players are hungry for the same!