We have the curtain raiser from Saint Louis sent to us by IM V. Saravanan who is present at the venue in USA to cover the Saint Louis Rapid and Blitz and Sinquefield Cup 2018 for ChessBase India. Both Saint Louis Rapid and Blitz and Sinquefield Cup 2018 (Classical) are part of the Grand Chess Tour. Vishy's standing in the Grand Chess Tour hasn't really been very special. He is currently in the seventh position. But he has the chance to play some strong chess and improve his chances. First we will have the rapid, then the blitz followed by classical chess. Stay tuned for all the updates from this exciting event where most of the top players apart from Magnus Carlsen are in action.

After Leuven and Paris in June 2018, the Grand Chess Tour resumes at the United States of America as the final qualifier Rapid and Blitz event was inaugurated in a brief ceremony at the World Chess Hall of Fame at Saint Louis, the chess capital of the country. This will be followed by the Sinquefield Cup, with the combined standings of all four events deciding on the four qualifiers who will compete at the final event to be held in London during December 2018.

All the nine players from the tour events are joined by the wild card Cuban Leinier Dominguez in the Rapid and Blitz event. The drawing of lots for the event was held in presence of all the players except for Alexander Grischuk, who could not arrive in time due to a delayed flight. 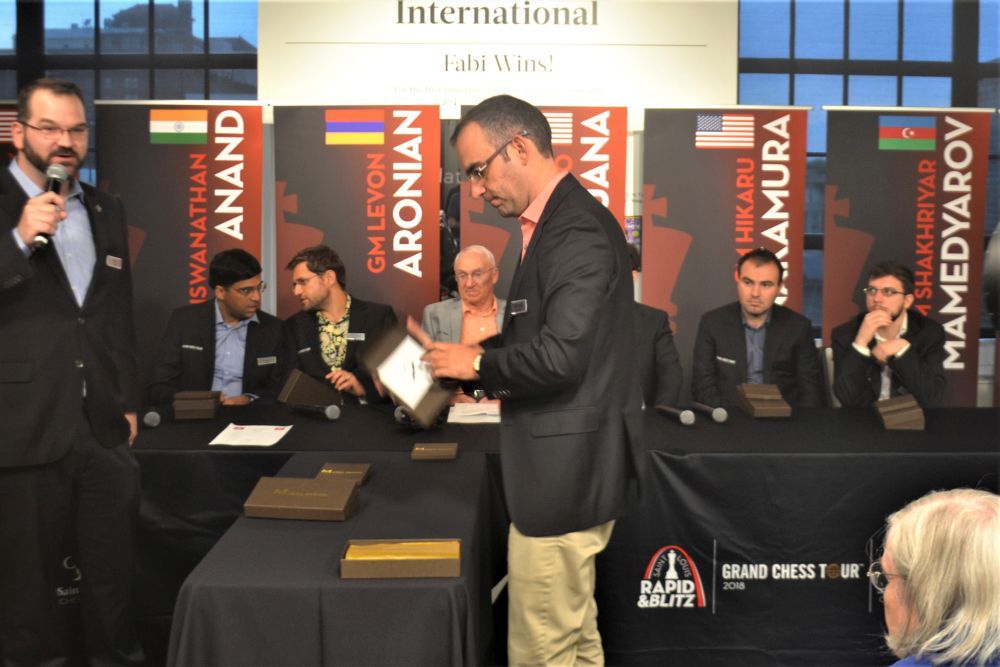 Anand flanked by So and Aronian| Photo: V.Saravanan

After the Paris leg of the Grand Chess Tour, So Wesley leads the table with 21 points, closely followed by Nakamura at 20 and Karjakin at 19. But with much more points up for grabs (Refer the table) at the Sinquefield Cup which follows the Saint Louis Rapid & Blitz the next 18 days will decide the top four of the Tour who will proceed to London for the finals in Dec 2018. 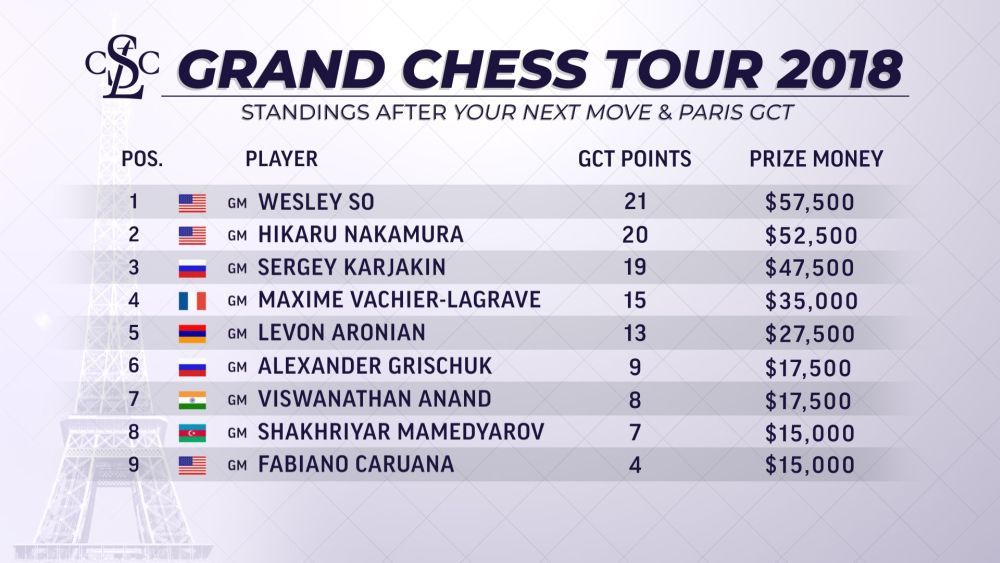 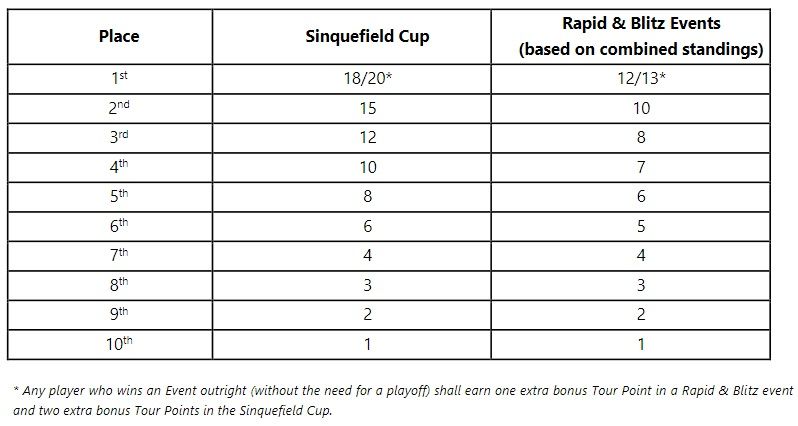 This is what the players are fighting for

The inauguration was held in the relaxed and casual atmosphere of the place, with Maurice Ashley’s typical banter describing the participants of the event. As he teased Levon Aronian being the ‘Gentleman Jokers in chess’, Levon had his comeback with, “I hope I will be the Villain in the tournament!” 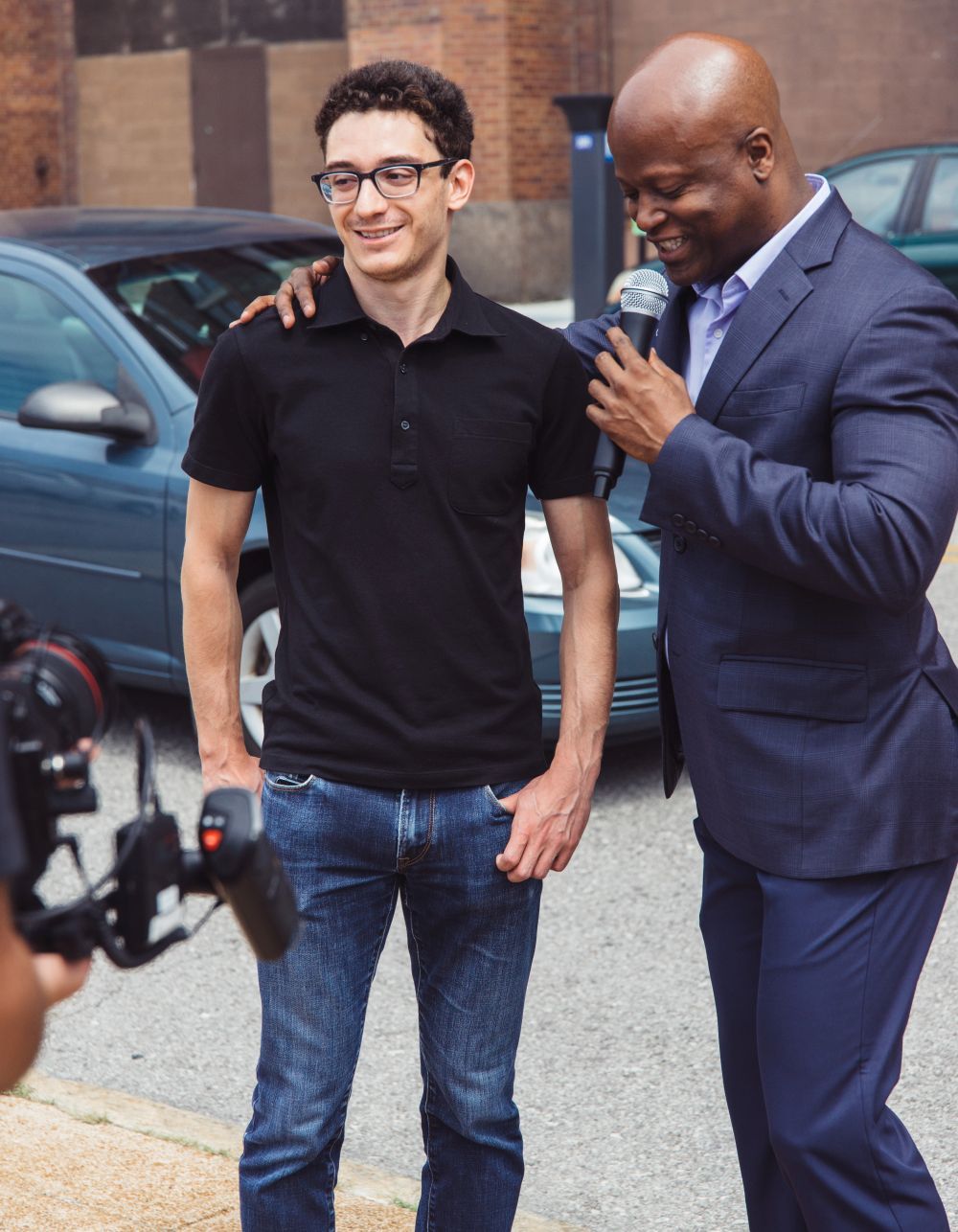 Without doubt, the central figure of the evening was Rex Sinquefield, who has singlehandedly turned Saint Louis into one of the best cities for chess all over the world. For the USA, he is undoubtedly the godfather for the game, his Saint Louis chess club being host for about ten major events every year. It was revealed by the County Executive of Saint Louis in his speech that the US Championships held in March 2018 alone generated more than 1 million US$ for the local economy! 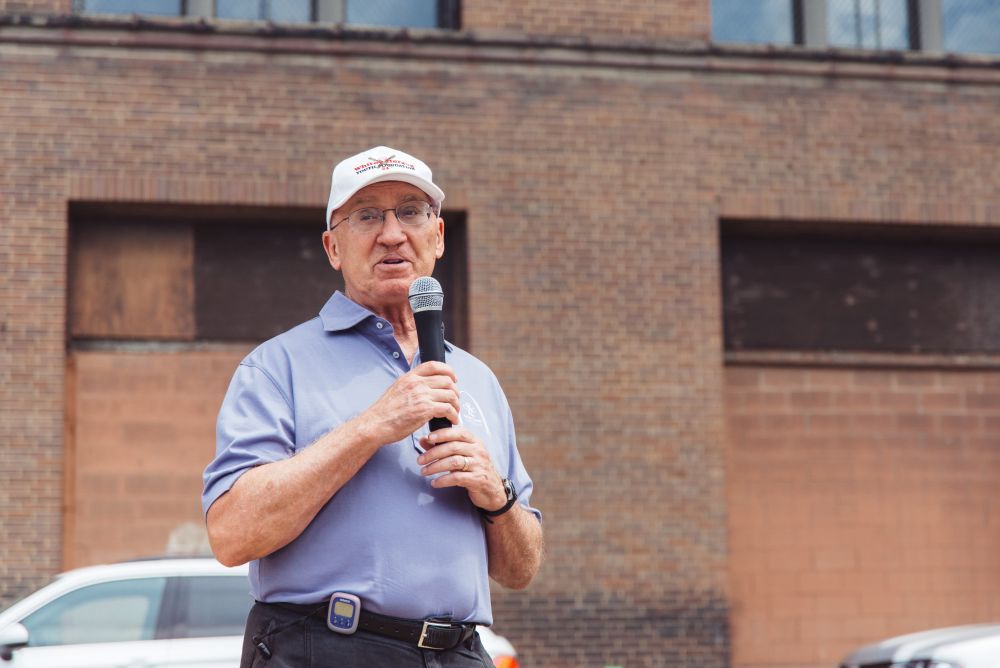 With characteristic enthusiasm and sense of history, Sinquefield had unveiled a banner at the ‘Butler Brothers’ building the previous day, commemorating the 1886 World Chess Championship that had a stop in Saint Louis. 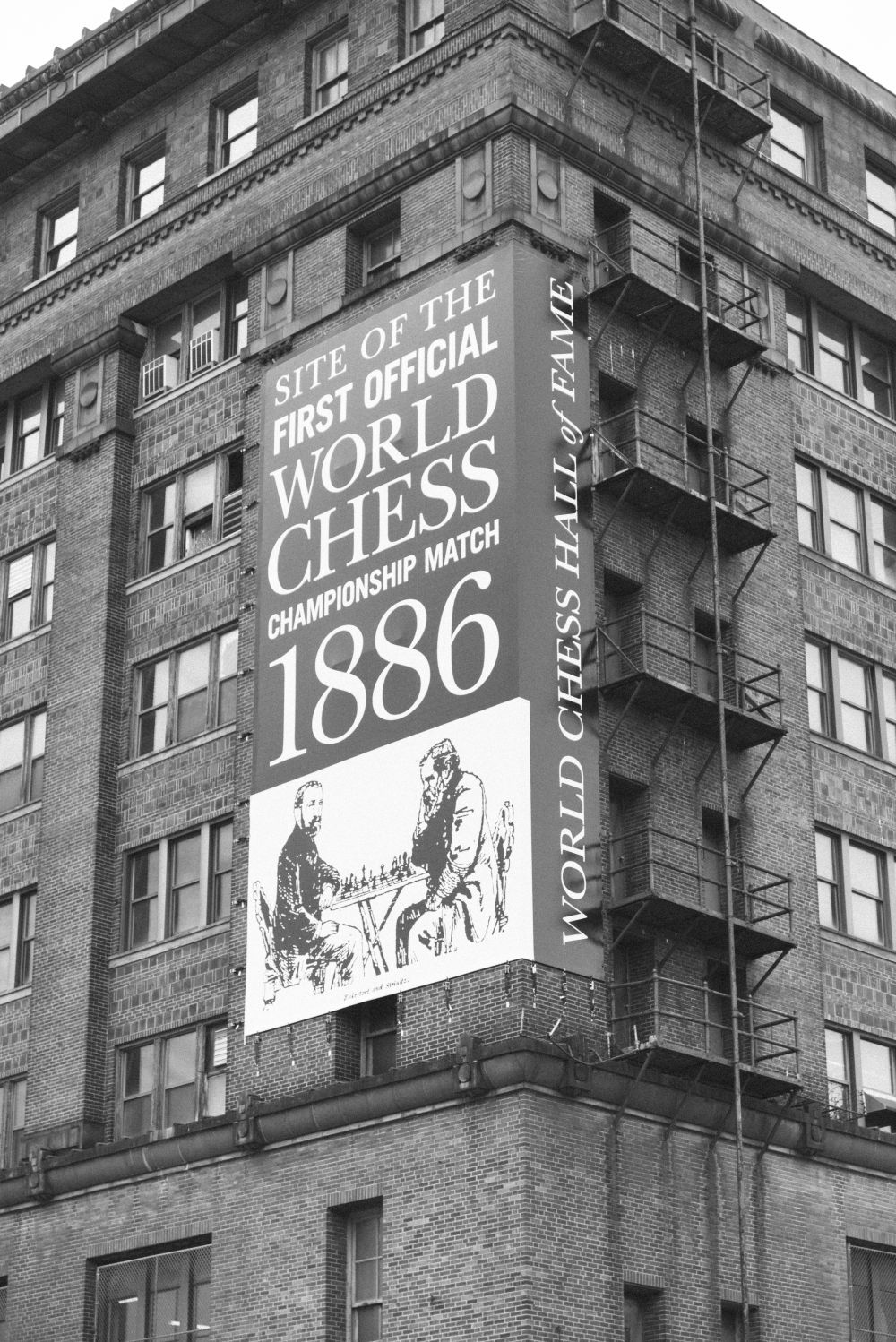 There are several attractions at Saint Louis apart from the event itself, the Chess Hall of Fame currently hosting the exhibitions ‘Painted Pieces: Art Chess from Purling London’ and ‘Grand Chess Tour: Art of Chess 2018’. (As the event moves on, I will hopefully be able to bring more visuals from these beautiful exhibitions). 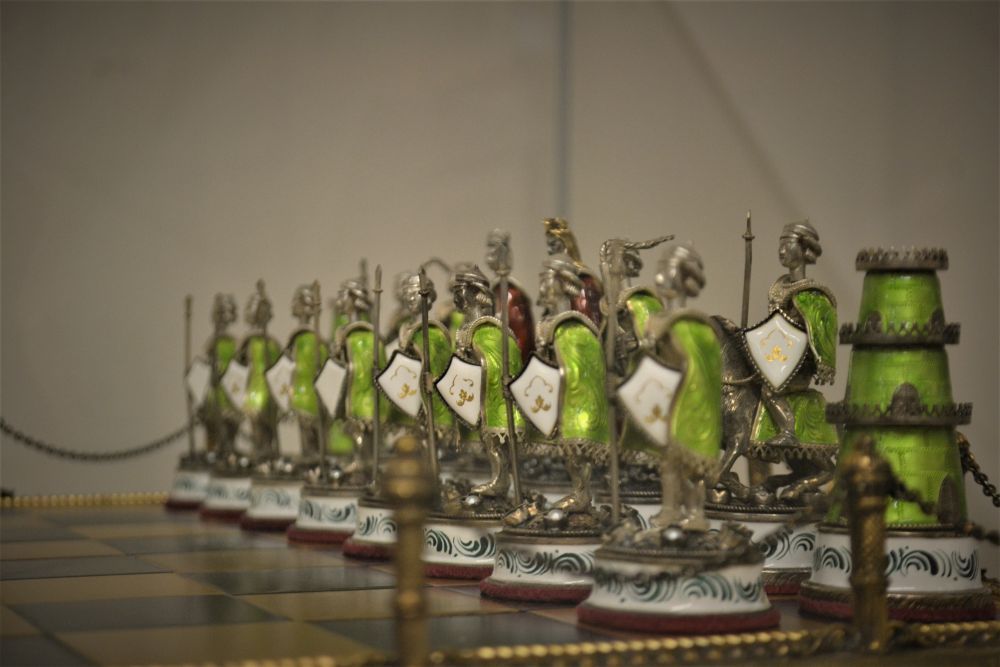 The usual high quality team of Yasser Seirawan, Maurice Ashley and Jennifer Shahade will host the English live commentary, Alejandro Ramirez and Christian Carrillo with a live show at the venue, and the formidable duo of Evgeny Miroshnichenko and Peter Svidler, whom Ashley quipped capable of ‘can move over…and come right here’ (to the players side)!

The draw of lots brought out the pairings for the first round to be: (drawn numbers in brackets)

Saravanan's video on the books in his library has become very popular with over 23,000 views!