Arkady Dvorkovich has been reelected for a second term as President of the International Chess Federation (FIDE) with 157 votes, against 16 for his electoral opponent, the Ukrainian chess Grandmaster Andrii Baryshpolets. A third candidate, the French Bachar Kouatly, withdrew his candidacy after giving his speech before the voting started. Five-time World Chess Champion Viswanathan Anand, who was part of Dvorkovich's ticket, is the new FIDE Deputy President. Vishy Anand in this new prominent role in the global governing body of chess is definitely good news for the chess universe. You can also replay the entire FIDE General Assembly 2022. Photos: David Llada 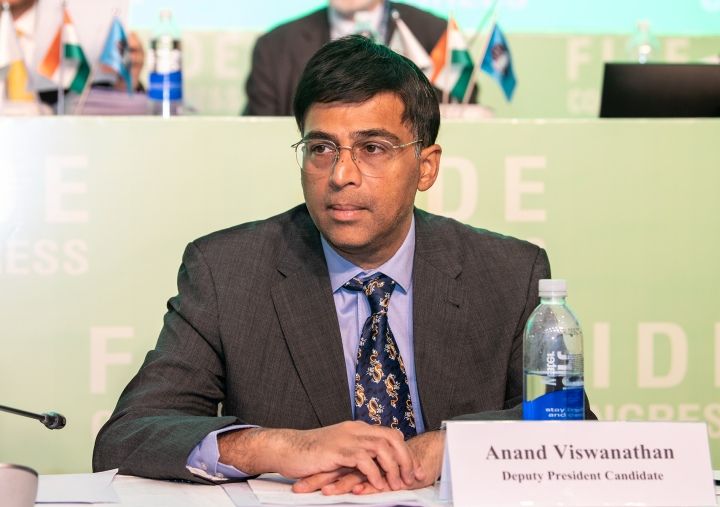 The elections took place during the FIDE General Assembly in Chennai, held alongside the Chess Olympiad, one of FIDE's flagship events. The Olympiad is a team competition where countries are represented by their four best players. This year, despite the notable absences of Russia and Belarus (banned), and China (citing logistic difficulties derived from the pandemic), the Olympiad reached record participation, with 186 nations represented in the open competition, plus 160 more in the Women's Olympiad.

Born in Moscow on March 26, 1972, Arkady Dvorkovich was first elected as FIDE President in October 2018, succeeding Kirsan Ilyumzhinov. Despite being questioned by some due to his nationality and to the fact that in the past, he held important positions in the Russian government, Dvorkovich's landslide election victory shows that he has earned the trust of FIDE's member federations - and the wider chess community.

"Yes, I am Russian, and I have served the people of my country, including to Russian chess community, as Chairman of the Board of the Russian Chess Federation", said Arkady during his speech before the votation. "I have been trying to do it professionally and with the highest possible level of integrity. And I took a strong position on the tragic events in Ukraine as well as supported FIDE Council decisions regarding scaling down Russia's involvement in FIDE. Moreover, while abandoning Russian partners, we have been able to find new ones around the globe, organize this Chess Olympiad [in India] and ensure financial stability for FIDE. It is far from easy for me personally, but I hope that chess can re-unite people again." 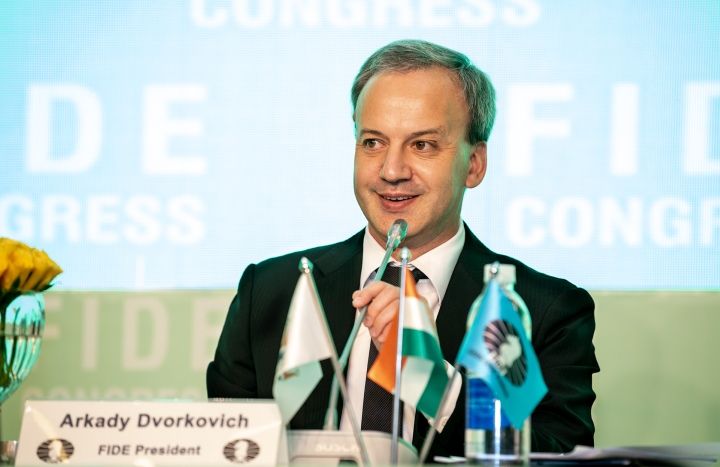 During his electoral speech before the FIDE delegates, Dvorkovich cited the following points as his main priorities for his second term:

1) To keep improving its top events, those that are part of the World Championship cycle, like the driving force of FIDE. "Not only do they generate a large interest for the game - they are a source of income required to invest in different parts of the world where chess is being developed. That should help us to make FIDE a sustainable institution, financially stable, and independent of politics", he said.

2) To expand FIDE's online projects, seeking new partnerships and reinforcing the existing ones, "leveraging both on the strong positive image chess has earned throughout the centuries - and the ability of chess to thrive with new technologies."

3) To maintain and strengthen the support to member federations. After fulfilling the goal of waiving or reducing most of the fees, Dvorkovich expressed his intention "to send our best people to help, to train, to share best practices. We will provide chess materials and help to raise a new generation of arbiters, organizers, and coaches, as well as school instructors".

4) To keep investing in promoting women's chess. "For years, the level of female engagement stood at 10-15 percent. We already see it rising above 20% - but that is not only about the numbers. We will continue creating a friendly environment, we will provide incentives, we will engage coaches and build programs", said the President. "These initiatives must be shaped like a long-term project, rather than punctual activities."

5) To continue expanding FIDE's social programs. "We will keep promoting the idea that chess is a culture and a tool to improve our societies - more than just a game or a sport. Chess is an excellent tool to develop useful skills for children in their future, like complex problem-solving, as well as socio-emotional intelligence".

Dvorkovich's second term will also be the last, as one of the first tasks that he undertook shortly after being elected in 2018 was to renew the FIDE Charter, introduce term limits, and other democratic reforms. Among them, the "FIDE Presidential Board" was replaced by the "FIDE Council", effectively limiting the President's powers.