India no.3 Vidit Gujrathi is known for his solidity and his ability to lose very few games in a calendar year. This has served him well in the past and with it he was able to breach the 2700 Elo mark. But it seems like Vidit had stagnated in the 2700-2720 zone in the last couple of years. One of the main reasons was that he was often playing too safely. It's not that Vidit is a bad attacking player. Check out his queen sacrifices from Isle of Man 2018, or his win against Kramnik from Wijk Aan Zee - Vidit knows how to attack! Well, at the Hainan Danzhou Chess 2019, he has decided to attack right from the word go. In three rounds he has played three aggressive games and has 1.5/3. In this article we check out his win against the strong Russian GM Ernesto Inarkiev.

Eight grandmasters from around the world, including India's Vidit Gujrathi, are fighting it out in the 10th Danzhou Super Chess Grandmaster Tournament which is taking place from 30th June to 7th July in the Danzhou city of China. 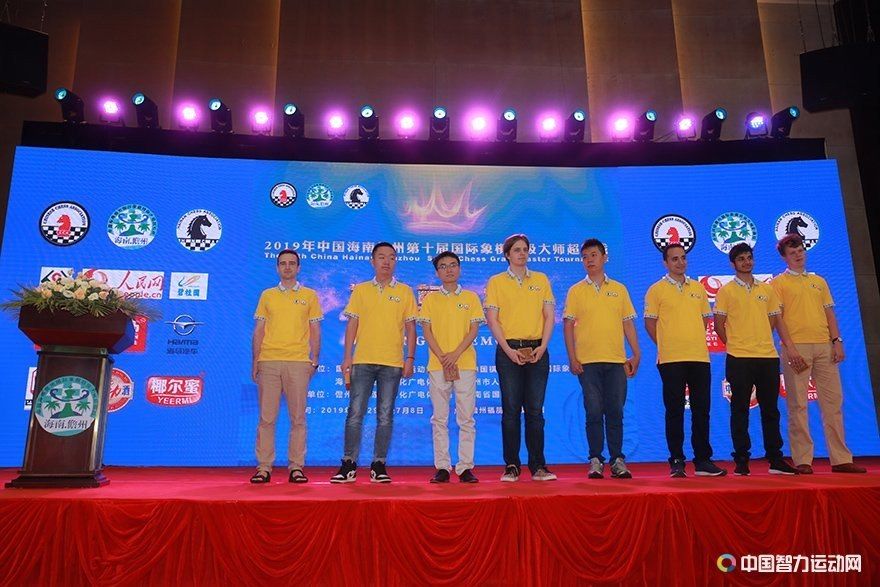 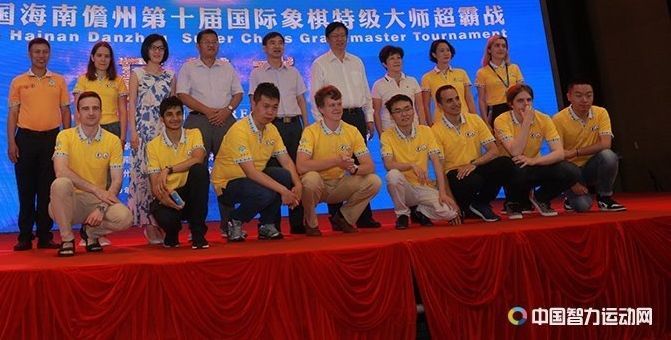 The players with the organizers. Can you also see a former Women's World Champion in the picture?

We have seen Vidit play in many strong tournaments this year. His general approach has been to play solid chess. He loses less, but also wins less games. It seems that in Danzhou he has come with a mood to fight harder. In the first round he didn't play so well and lost to Yu Yangyi. It must be mentioned that Yu Yangyi is in tremendous form after finishing second at the Norway Chess 2019. In the second round Vidit played the Saemisch variation with the white pieces against Bassem Amin's King's Indian. This was a clear intention that he wants to play fighting chess. As it often happens when you play aggressive systems, the tactics in the position backfired and Vidit had to switch to defensive mode. He managed to hold a draw in that game. Coming to the third round, Vidit maintained his attacking and aggressive play and this time managed to beat Inarkiev in the Najdorf. 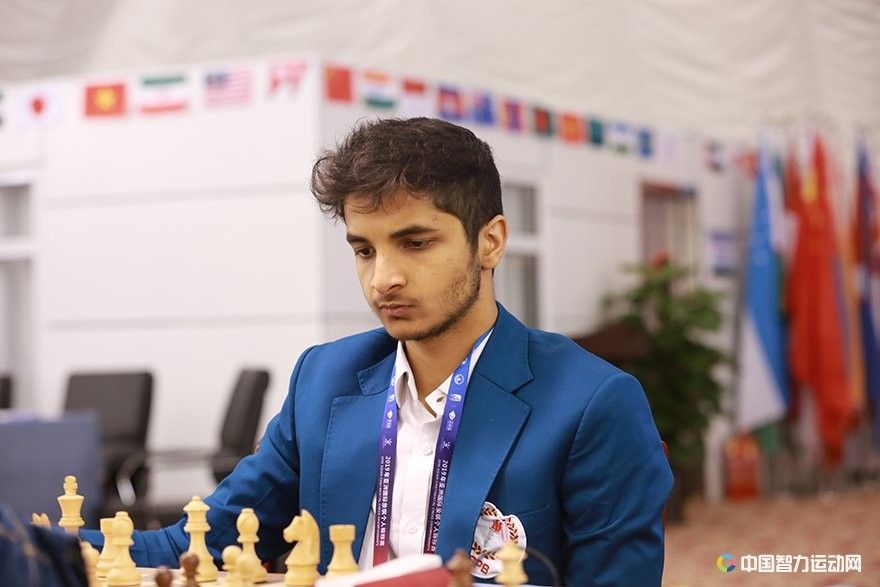 At the Danzhou tournament, we are seeing a Vidit much different from what we have seen in the past 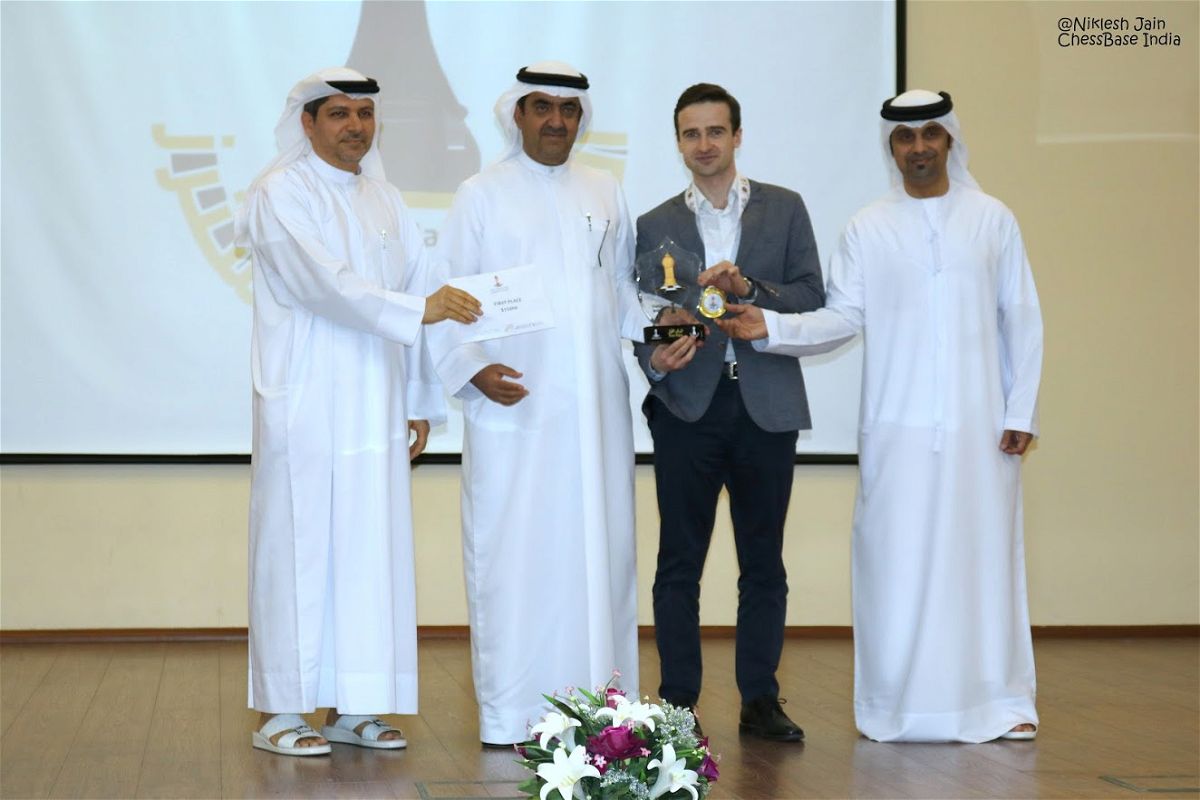 We would recommend you to watch this video in which Sagar asks you to guess Vidit's moves in the most critical positions:

Ernesto Inarkiev vs Vidit Gujrathi, Round 3 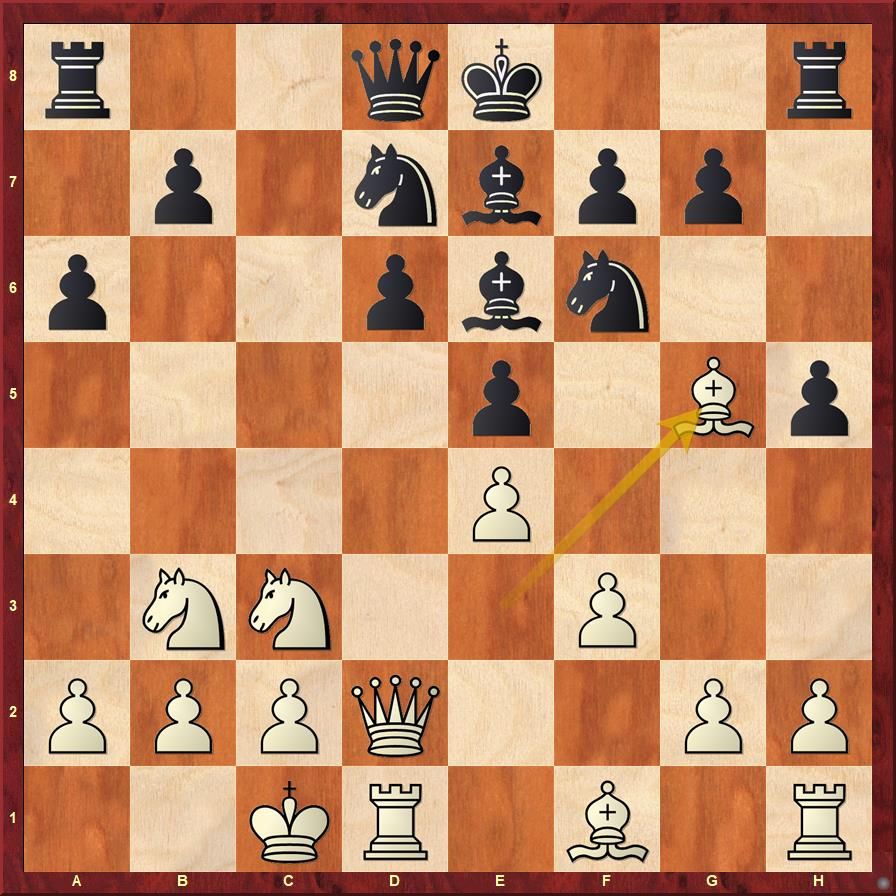 It was a Najdorf in which Inarkiev played the quite puzzling Be3-g5 move. In a position that had thousands of games, Be3-g5 has only been played thrice. Clearly it looks not to be the most critical and Vidit simply built up his position with simple moves - b5, Rc8 and so on. 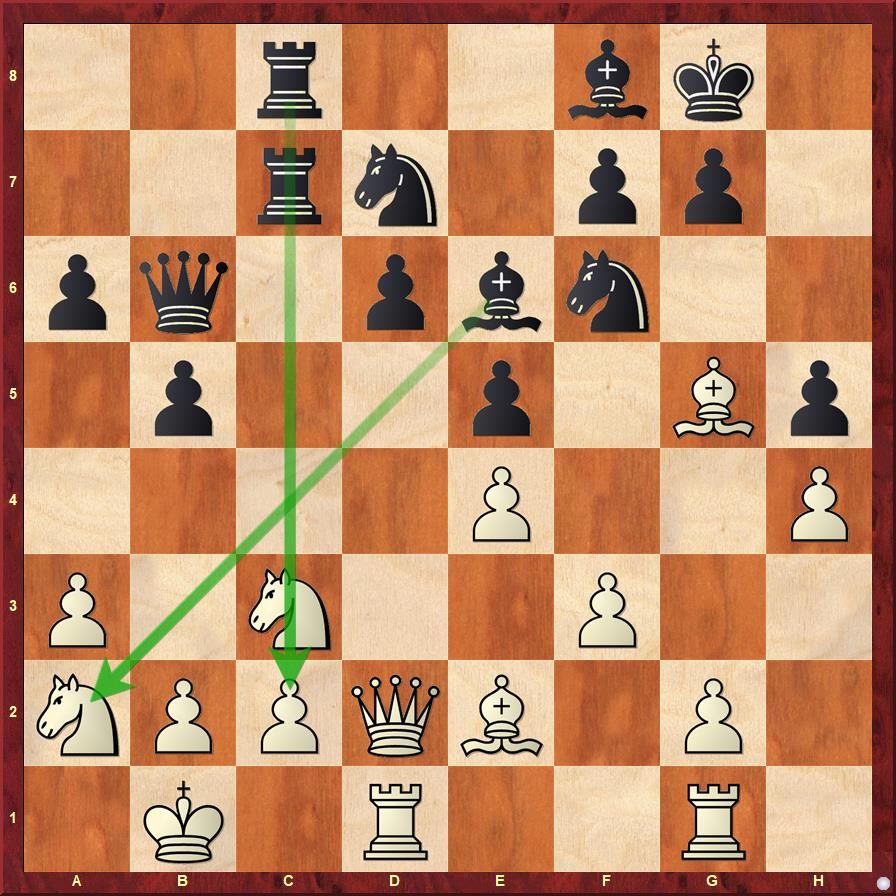 White has no hint of an attack, while Black has built up his position perfectly 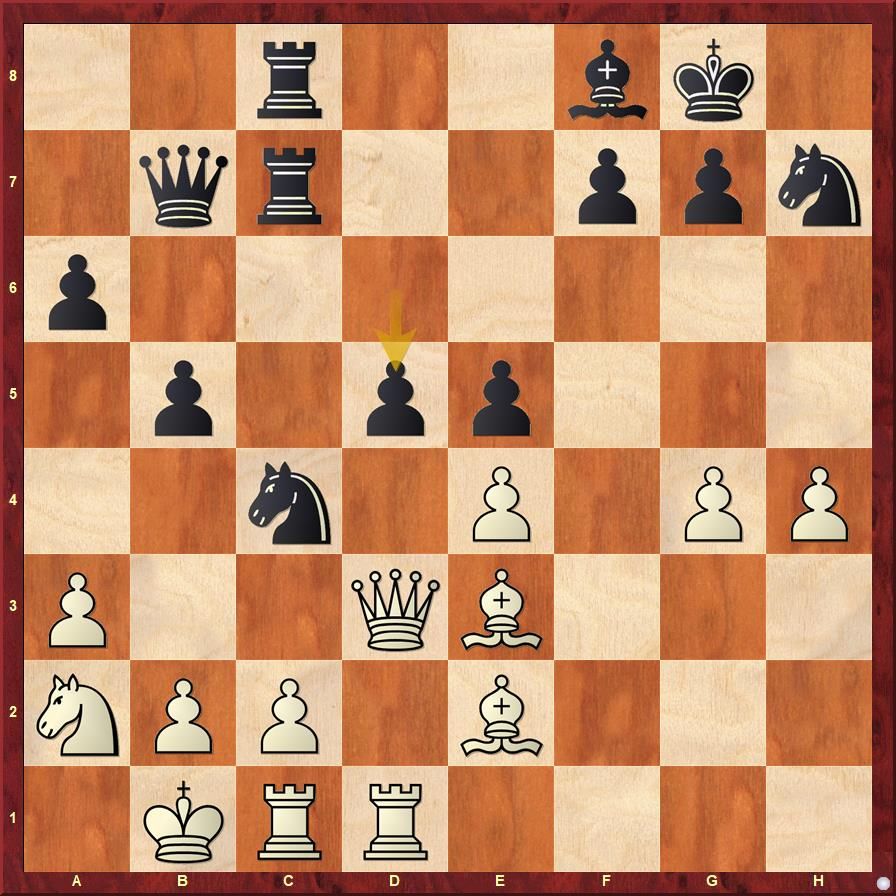 A powerful strike in the centre of the board, activating the f8 bishop 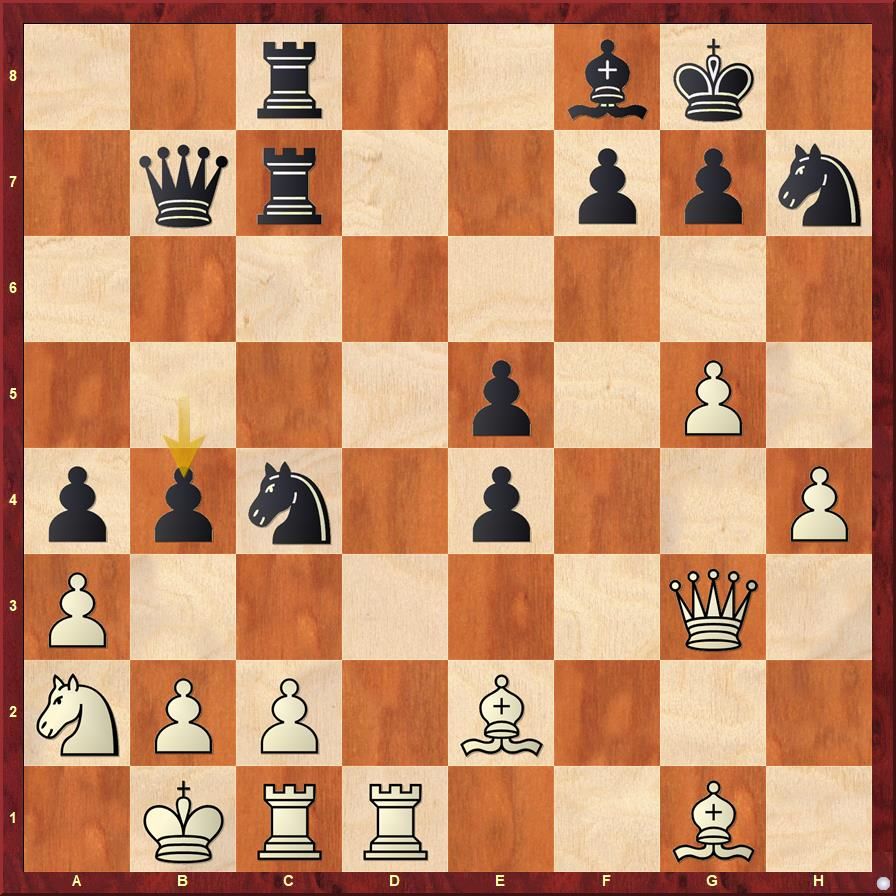 The pawn push on b5-b4 opens up the queenside and as you can see from the variations in the analysis, this was perfectly timed. 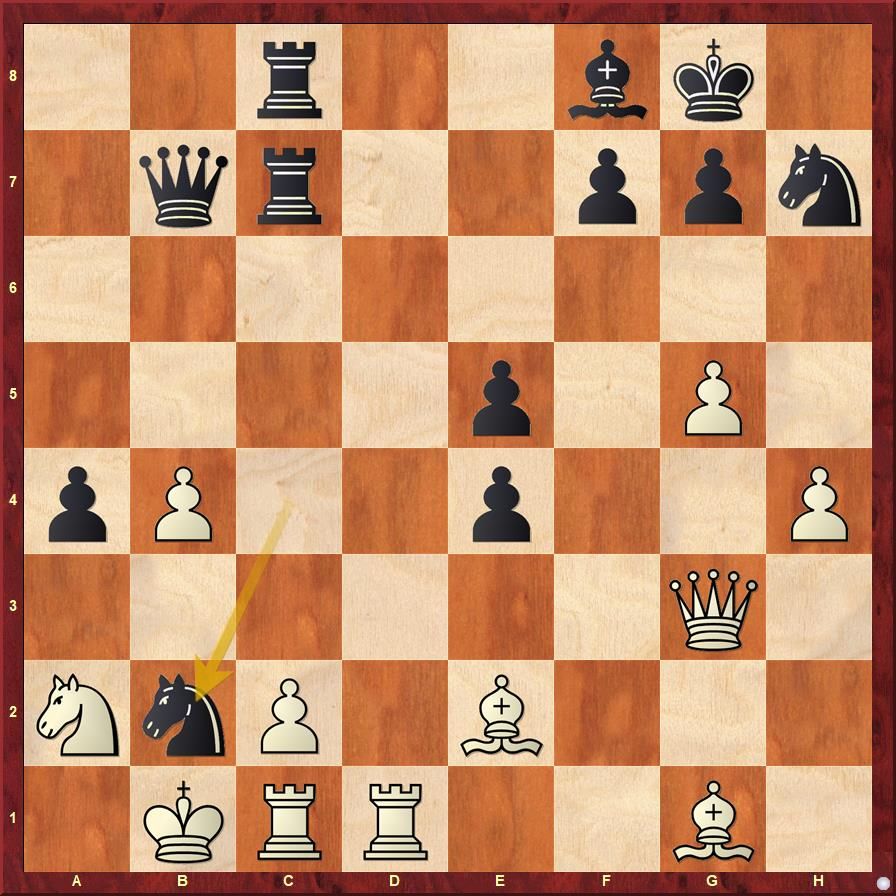 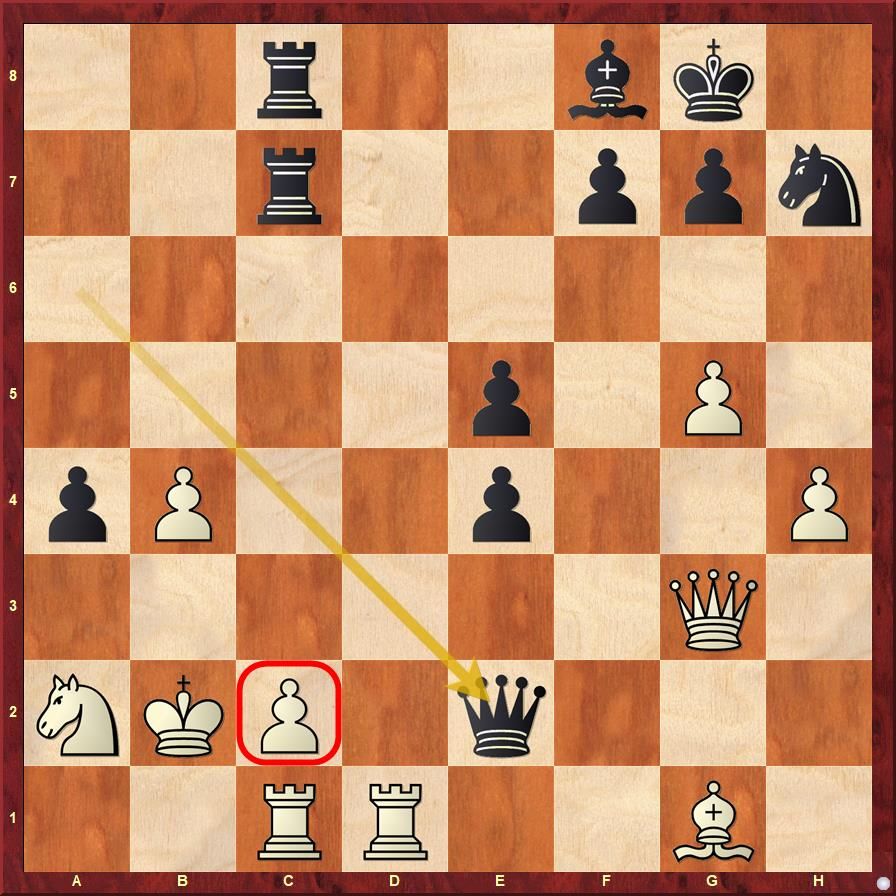 The final nail in the coffin. The queen moves to e2, attacking the c2 pawn and the game is over!