"Even a Russian School Boy would know this" had been a very famous quote in the past years. This statement was a testimonial to the tremendous chess culture that existed in Russia, formerly known as the Soviet Union. But things are changing now. Indian youngsters are becoming much stronger than their Russian counterparts. The perfect example of this was the White Rook inter-school chess tournament held in Sochi, Russia where 79 Russian school teams and 21 International teams participated. Indian team of Gukesh, Leon, Rakshitta and Savitha from Velammal Vidyalaya went to Sochi and simply crushed the competition by scoring 33.5 points out of a possible 36! Full report and game analysis.

Like in the previous year, the team from India (Velammal Vidyalaya from Chennai) won the final tournament of Belaya Ladya. The Indian school children defeated all their rivals in 9 rounds to score 33.5 points out of a possible 36! The winners are entitled to participate in the Aeroflot Open 2019. The chess players from Yekaterinburg showed the best result among the Russian teams thus having repeated their success of the last year. The silver medalists scored 25.5 points. The representatives of Saint Petersburg took the third place with 24 points. 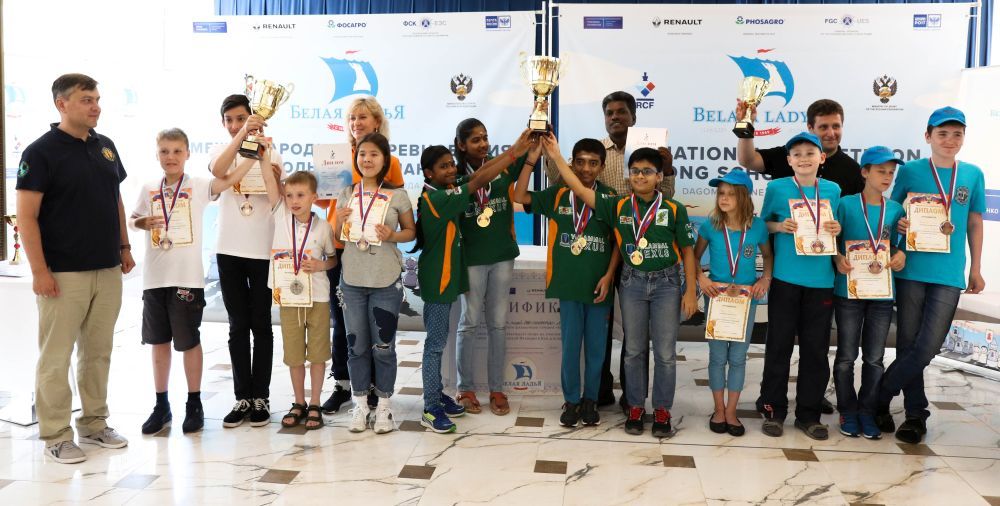 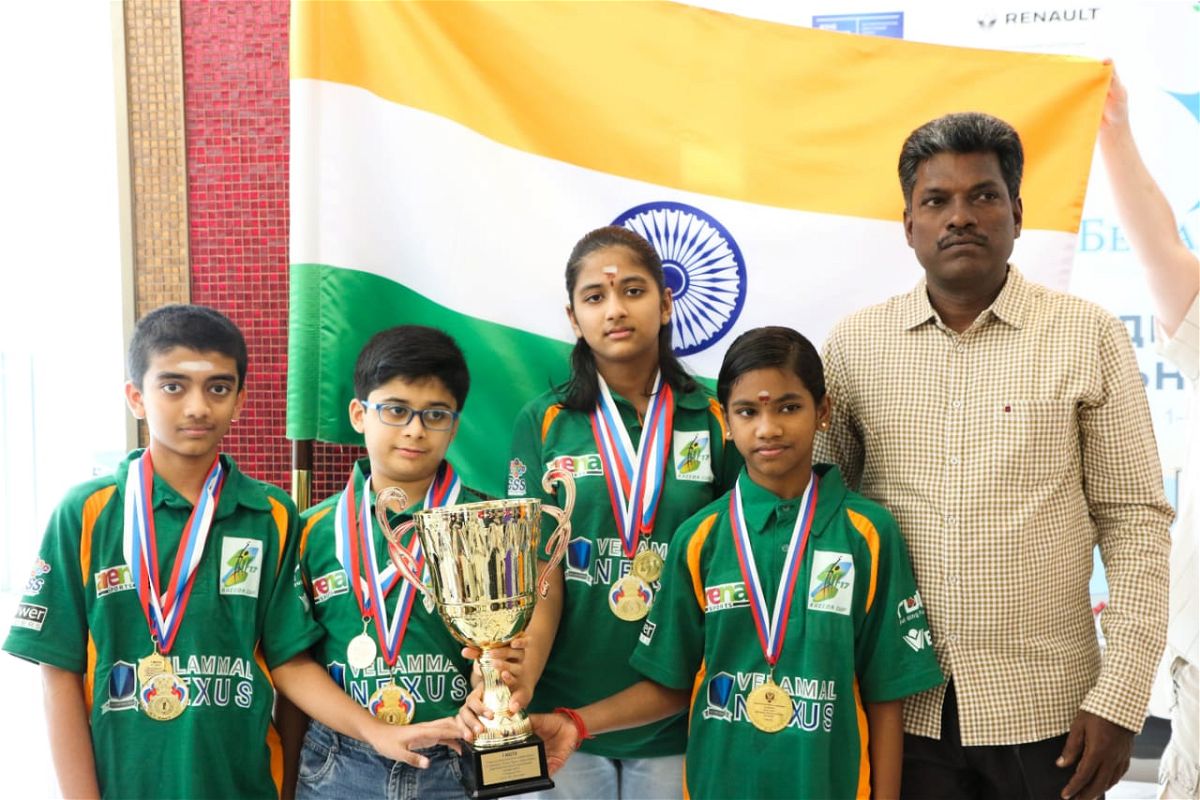 The Indian team consisted of (from left to right) D. Gukesh, Leon Mendonca, Rakshitta Ravi and Savitha Shri. They were guided by the manager of the team Mr. Velavan | Photo: Eteri Kublashvili 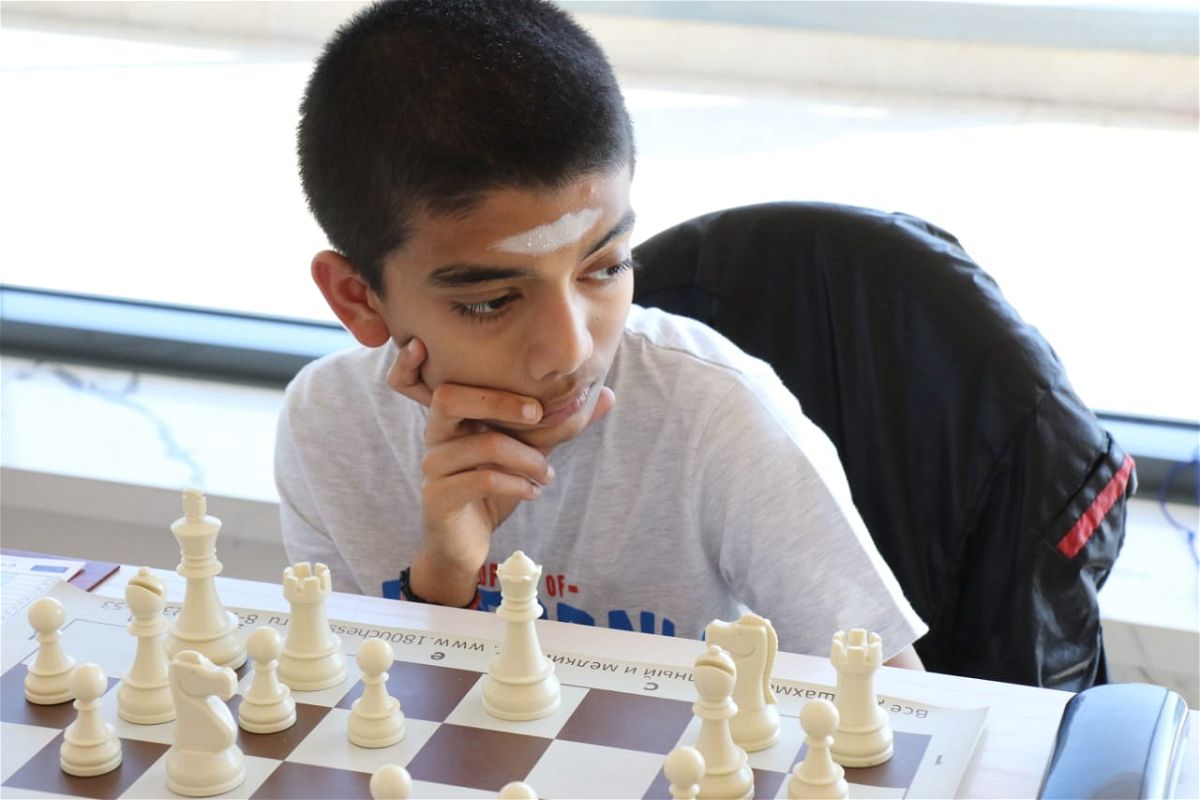 Gukesh was unforgiving on the board as he scored 9.0/9! 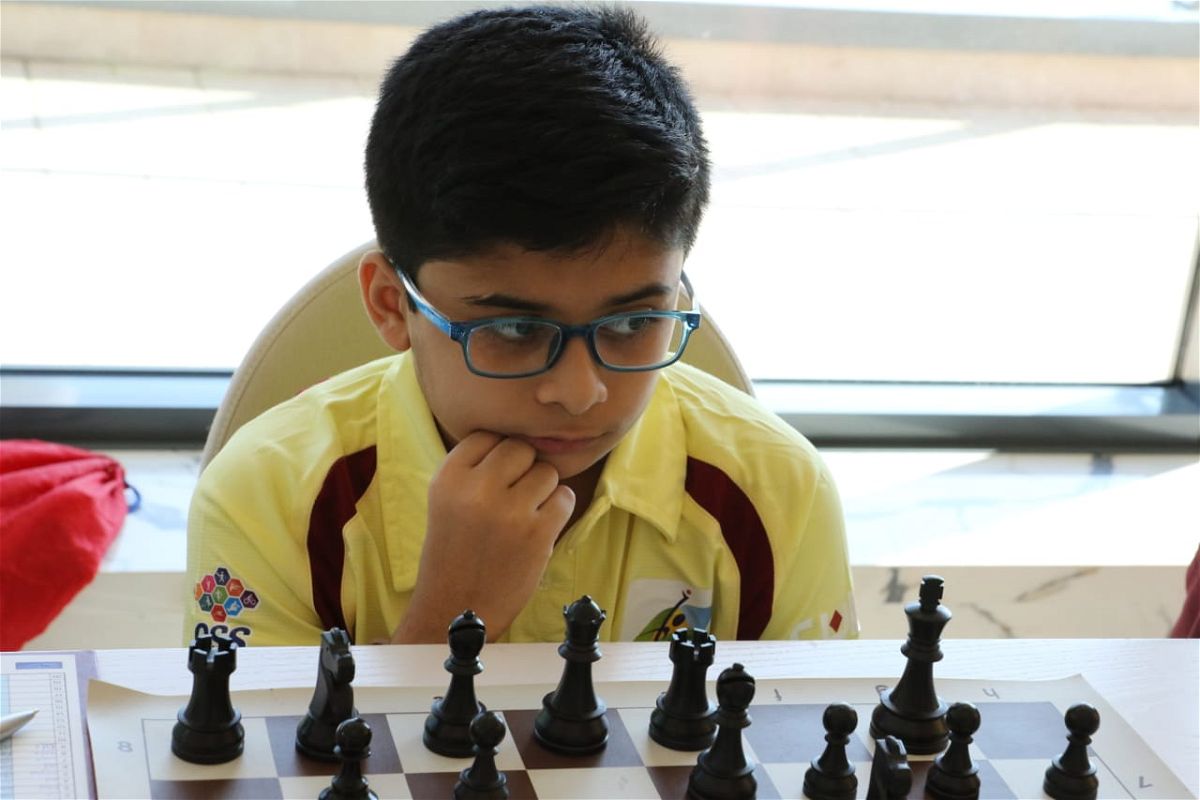 Leon Mendonca was just too strong on board two scoring 9.0/9 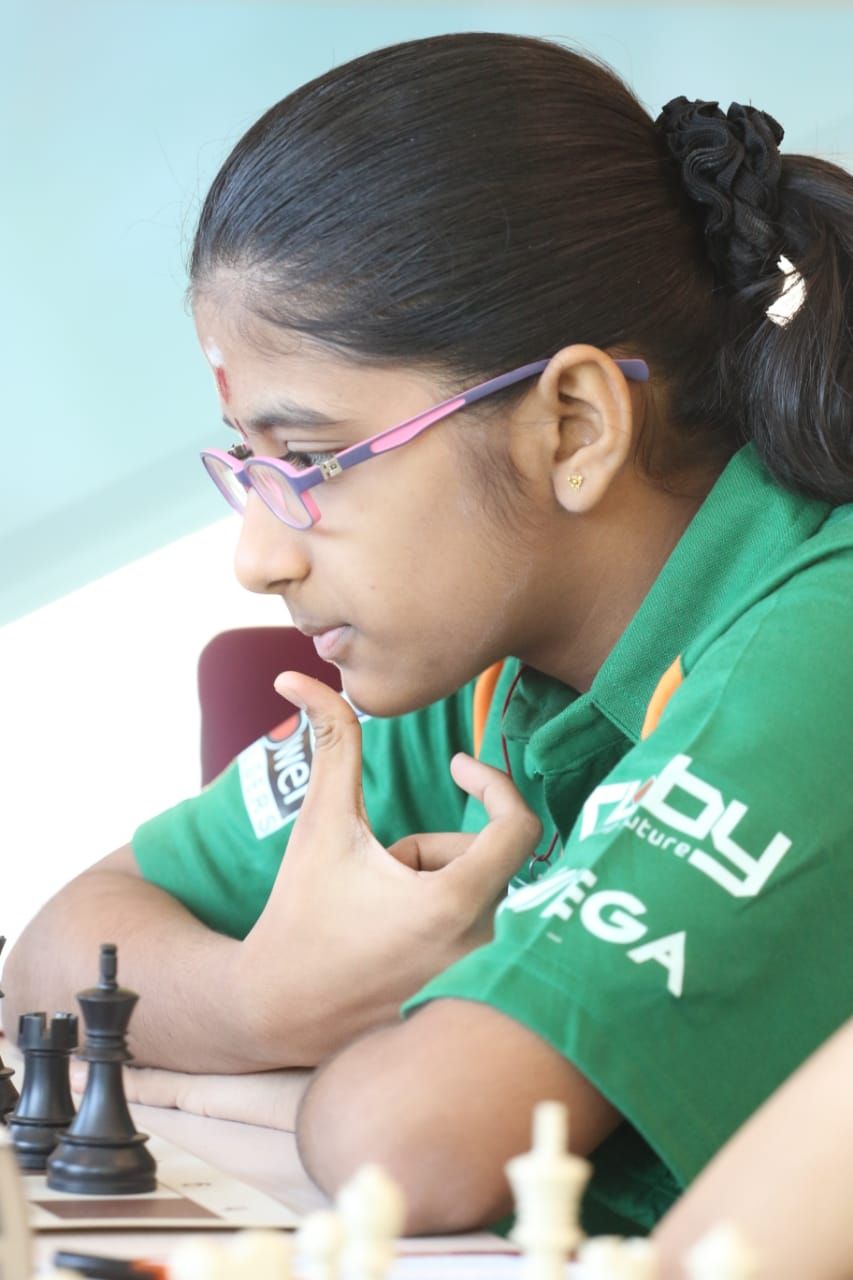 Rakshitta Ravi dropped only a half point on board three and scored 8.5/9

One of Rakshitta's decision is worthy of deeper investigation: 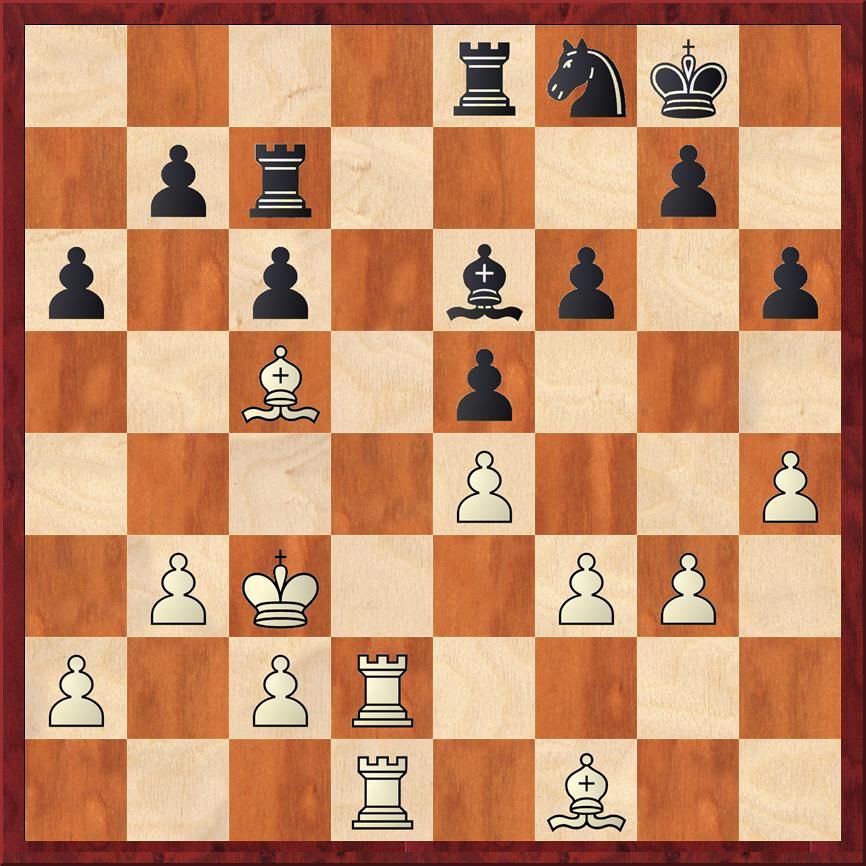 Rakshitta took the knight on f8 with her bishop. This was a perfect example of what really counts is what remains on the board and not what goes out of it. The bishop on c5 was strong, but after the exchange, the king will be free to walk on the dark squares without any fear. 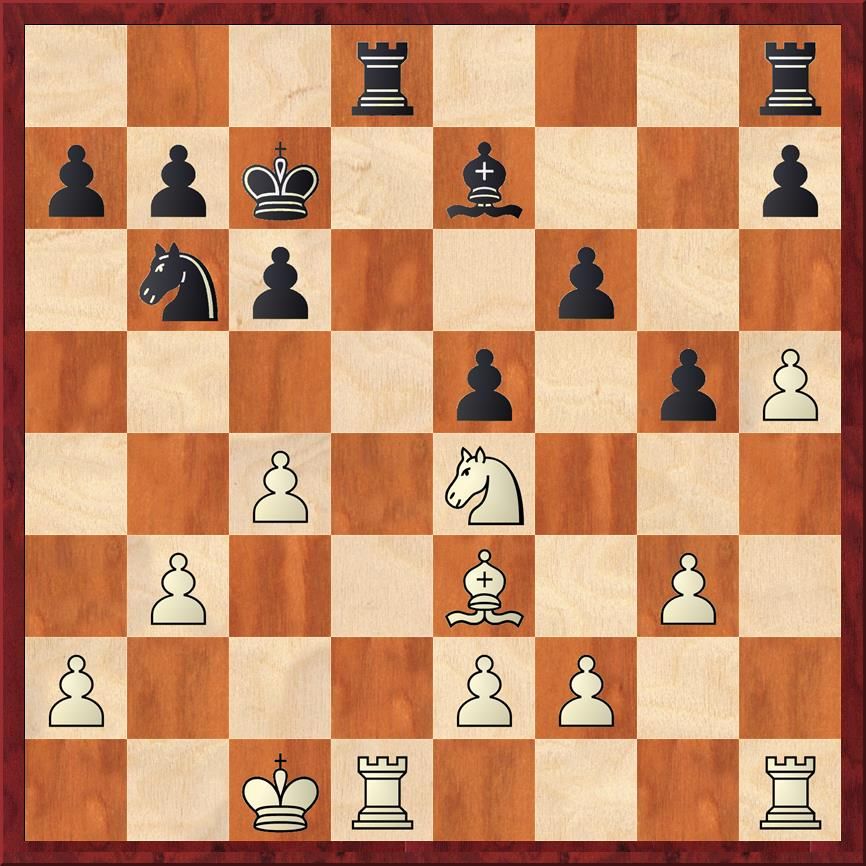 Rakshitta's decision reminds us of this game of Petrosian where the World Champion played an excellent move with the white pieces here. Can you find it?

Petrosian played Bc5! Although the bishop on e7 is a bad bishop, it guards some very good squares like d8, d6, f6. And hence it made all the sense to exchange it. 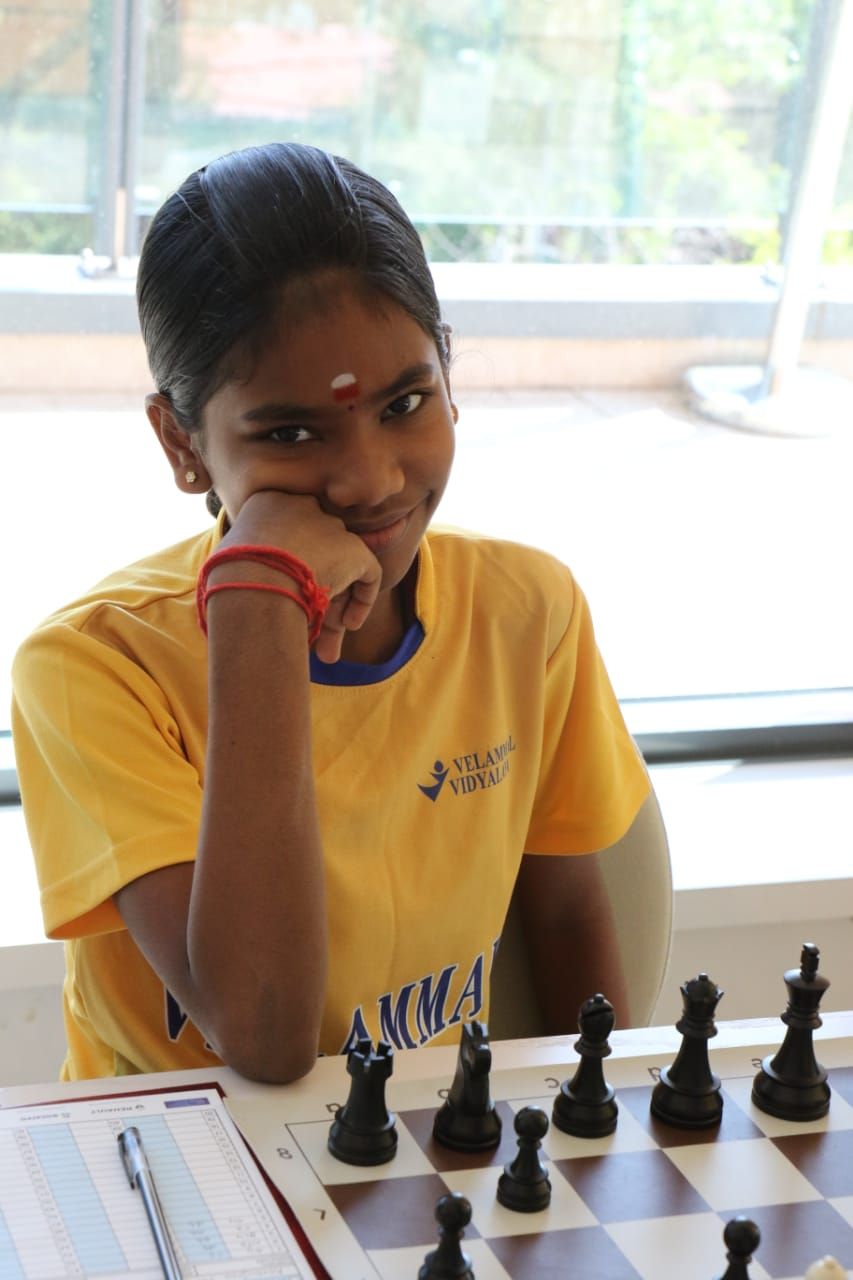 Savitha Shri scored 7.0/9 on board four

A team from orphanages and boarding schools was participating in the final competition for the fourth year in a row. Children from the Boarding School №26 from Ryazan Oblast, who had won the Ascension tournament (Sochi, 2018), joined other participants in the Belaya Ladya finals. This was made possible by RCF programme aimed at providing chess education to the children growing without parents.

A two-time Russian champion, a three-time Olympic champion Alexander Morozevich, former European champion, coach of the Russian national women’s chess team Evgeniy Najer, and a three-time world champion in chess composition Oleg Pervakov gave lectures and master-classes to children. Coaches and pedagogues were invited to take part in a round table discussions held by the RCF Executive Director Mark Glukhovsky, Deputy Director General of Elena and Gennady Timchenko Foundation Igor Baradachev, and the Head of the Russian Universal Chess Education project Alexander Kostiev. In parallel with Belaya Ladya, the final competition of Chess in Schools project conducted by the Russian Chess Federation together with Elena and Gennady Timchenko Charitable Foundation was held. 9 teams from Kemerovo, Novosibirsk, and Pskov regions, Altai Krai, Krasnodar Krai, Zabaykalsky Krai, Chuvashia, Ingushetia, Udmurtia, and took part in it. For the second year in a row, the tournament was won by the Pskov region team. 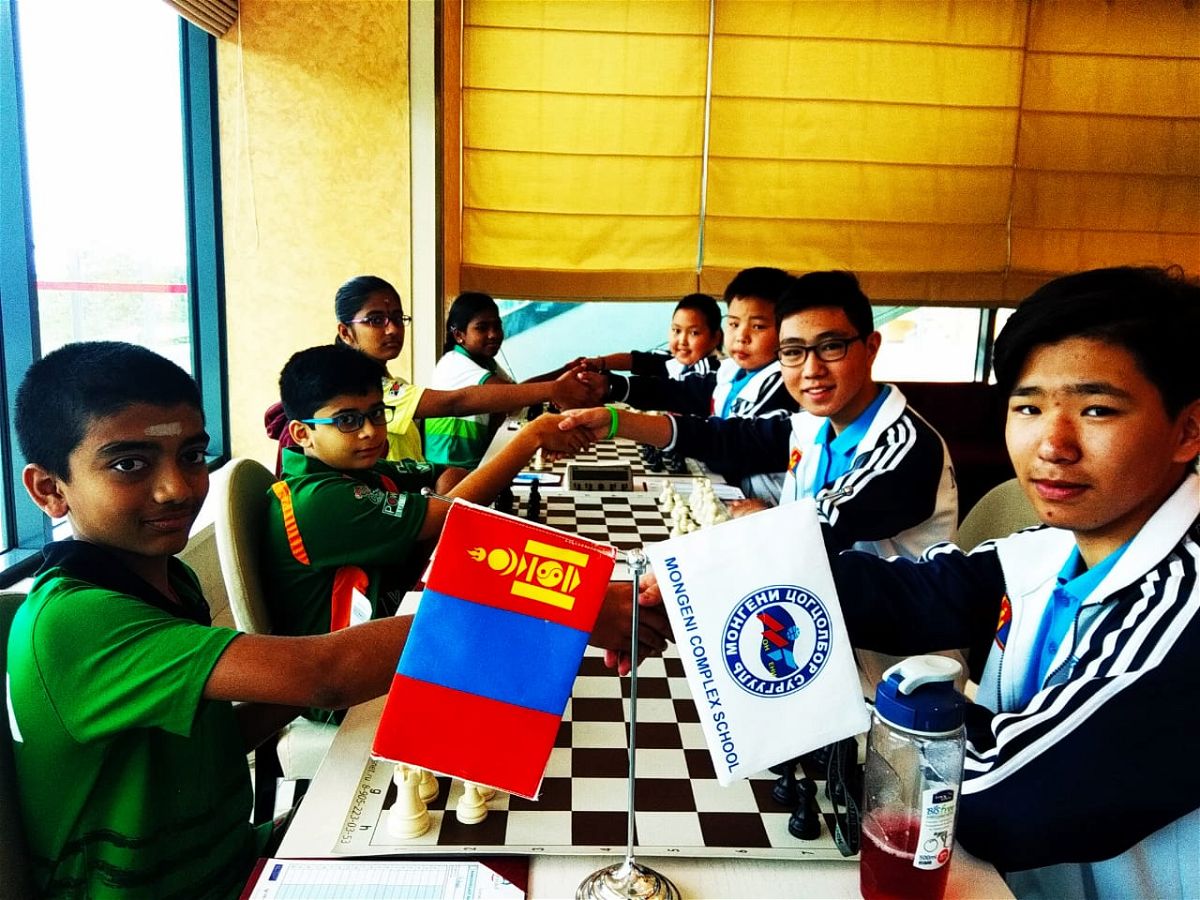 For the super strong Indian team, the competition might have been easy.... 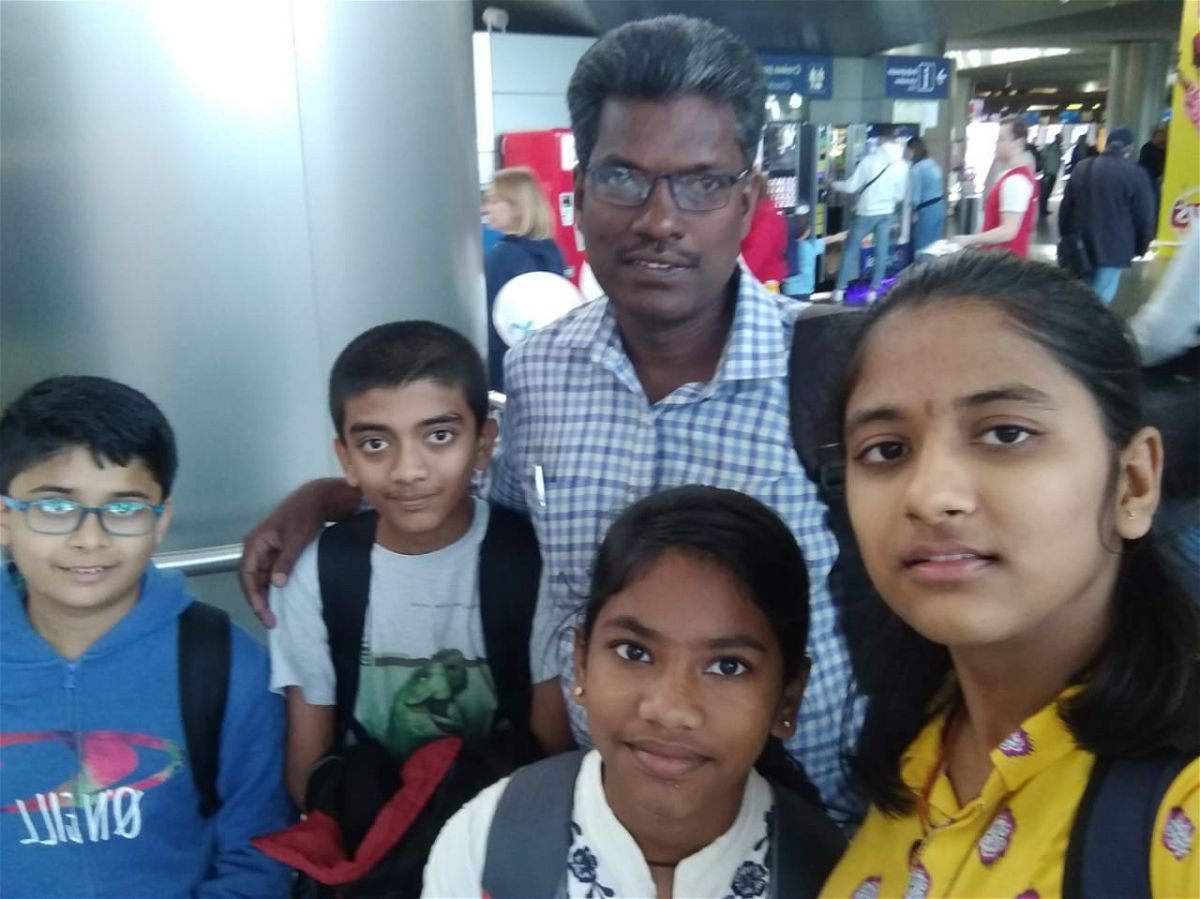 ...but it was a character building exercise as all four of the youngsters travelled without their parents. Manager Velavan took great care of everyone.

A special thanks to Mr. VelMohan, the Velammal School Correspondent who has been instrumental for promoting all chess related activities and chess players in the school.