The Bhopal International GM Open, which concluded last week on December 28, saw Vietnamese Grandmasters dominate the field. Scoring 9.0/10, a full point ahead of his nearest rival, GM Tran Tuan Minh clinched the title prize. In the final round, he only needed a draw but he spiritedly pushed for the win and scored a commanding win over GM Manik Mikulas of Slovakia. Meanwhile, another Vietnamese GM Nguyen Van Huy took second place, after securing a quick draw against Utkal Ranjan Sahoo. The draw was mutually beneficial as Sahoo secured his final IM norm with it. IM Shyaamnikhil P of the Railways took the third place. The closing ceremony of the event was conducted under the graceful presence of  Mr Rishi Shukla, Director General, Madhya Pradesh Police; Dr SL Thoasen, Director, Department of Sports and Youth Welfare, Madhya Pradesh; Mr SN Rupla, former Madhya Pradesh State Secretary; and Mr Kapil Saxena, Tournament Director and AICF Joint Secretary. 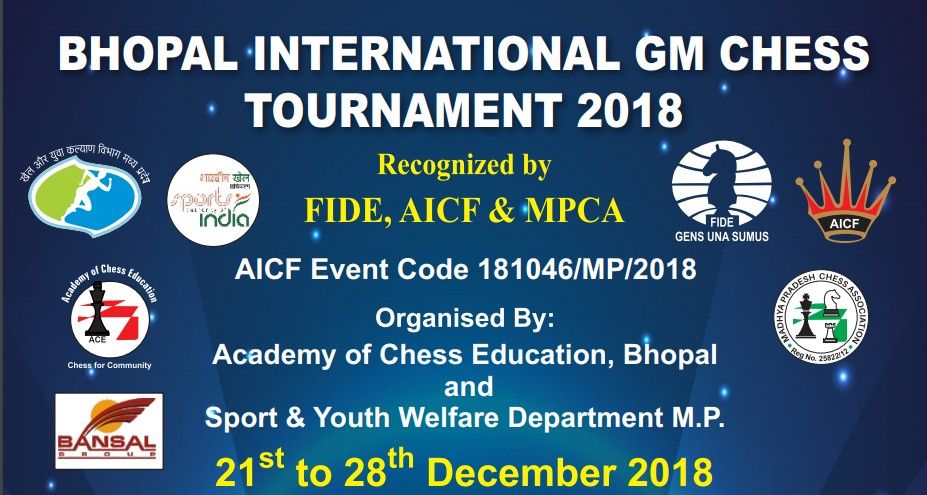 One of India's top chess events, the Bhopal International GM Tournament, came to a close last Friday, December 28, 2018. After eight days and ten rounds of power-packed chess, Vietnamese GM Tran Tuan Minh finished a clear point ahead of his nearest rivals to etch his name on the champion's trophy. At the closing ceremony, he was felicitated by dignitaries, Mr Rishi Shukla, Director General, Madhya Pradesh Police and Dr SL Thoasen, Director, Department of Sports and Youth Welfare, Madhya Pradesh. 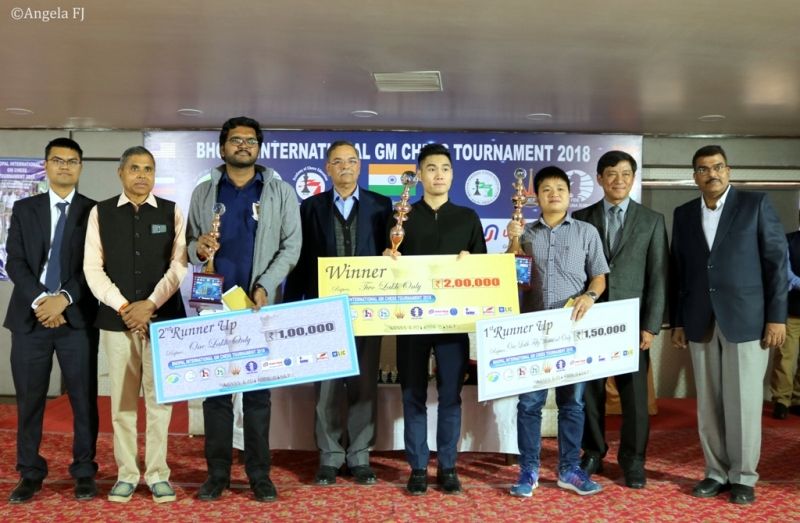 Top three finishers of the tournament with all dignitaries | Photo: Angela Franco-Jain 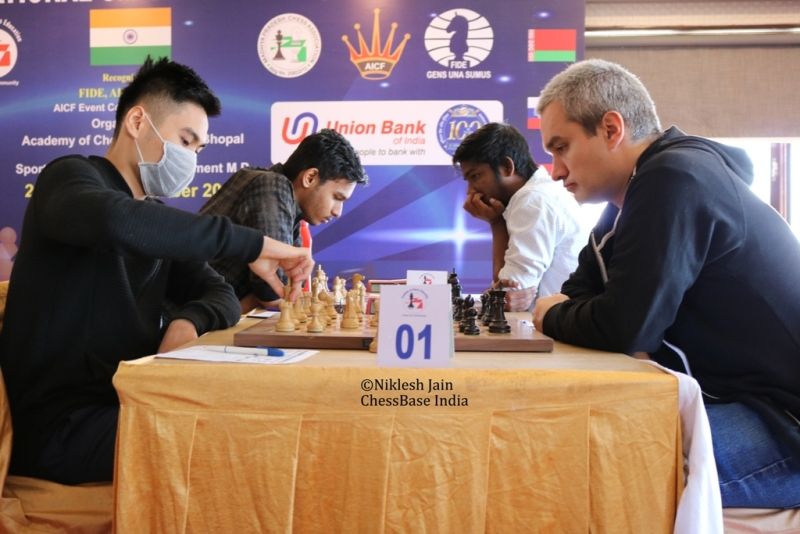 In the final round, Tran defeated GM Manik Mikulas of Slovakia to retain his clear first place. The two had discussed a King's Indian Defence in which, Tran, as white, found some neat tactical tricks with his knight to win a pawn by the 19th move and went on to win in a commanding manner. 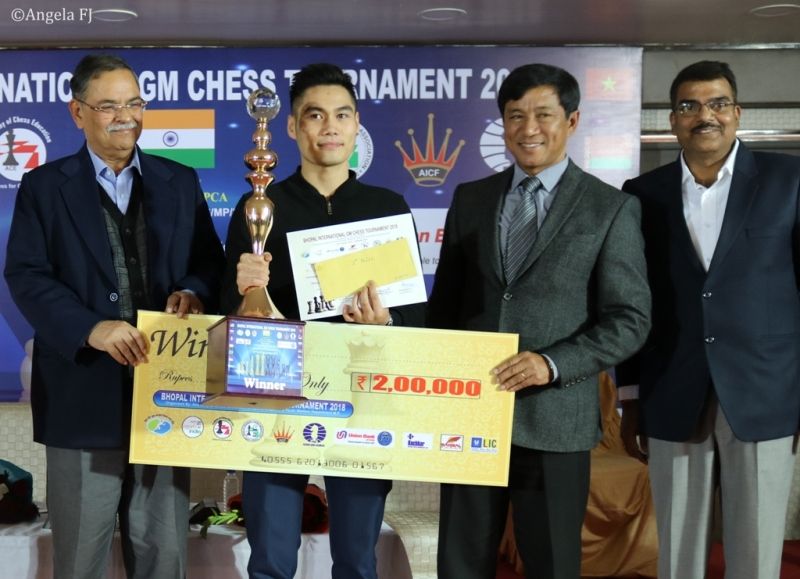 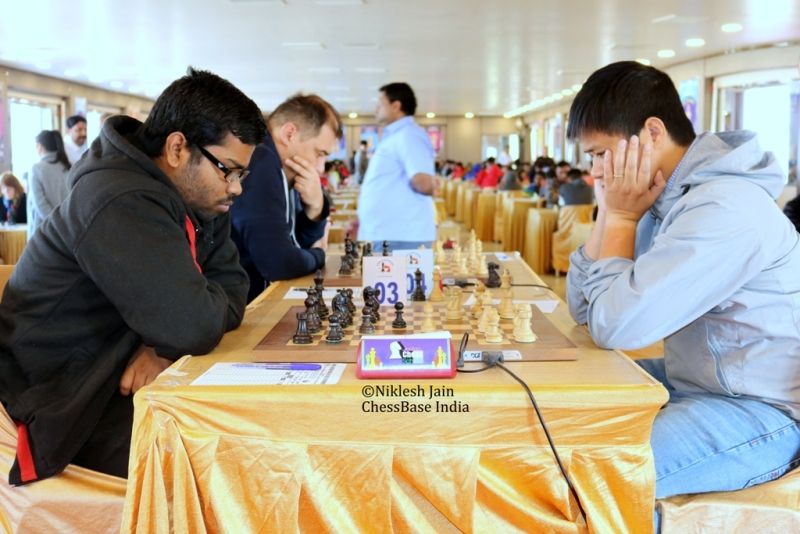 The Vietnamese dominion continued on board two as well. Defending Champion, GM Nguyen Van Huy took the second place due to better tiebreak. In the final round, Nguyen offered a draw only 13 moves into his game against Utkal Ranjan Sahoo -- who also completed his final norm with this draw -- and finished in an eight way tie for second.

Utkal spoke to ChessBase India after his final norm 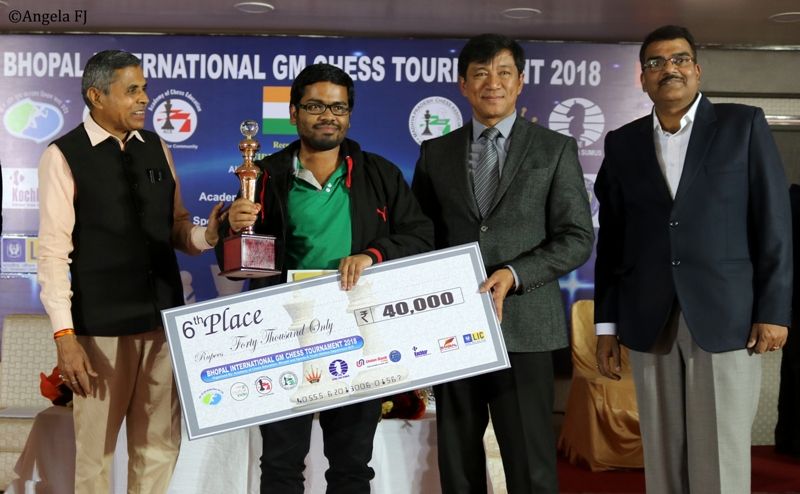 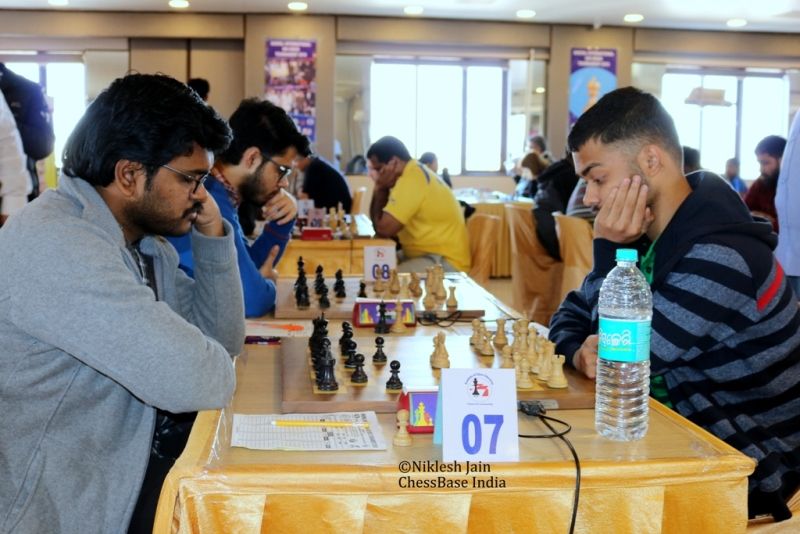 Shyaamnikhil P of the Railways ensured that there was at least one Indian among the top three finishers of the tournament. Defeating compatriot Rajesh Nayak in the final round, he got his tally up to 8.0/10 and took third place on tiebreak.

In the initial rounds, most of the top seeds managed to pull out wins over their lower rated opponents. But time and again, we have seen that young Indian players, irrespective of their rating, can be very tough contenders -- even against Grandmaster opposition.

Top seeded GM Aleksej Aleksandrov (2590) got a taste of this twice during the course of his ten-game run. In the third round, he was pitted against 20-year-old Sri Sai Baswanth P (1921) of Telangana. Play opened with a sharp Giuoco Pianissimo in which the Belarusian Grandmaster was perhaps uncomfortable with his position. On his 15th move, he made a grave error that lost him an exchange and eventually the game. 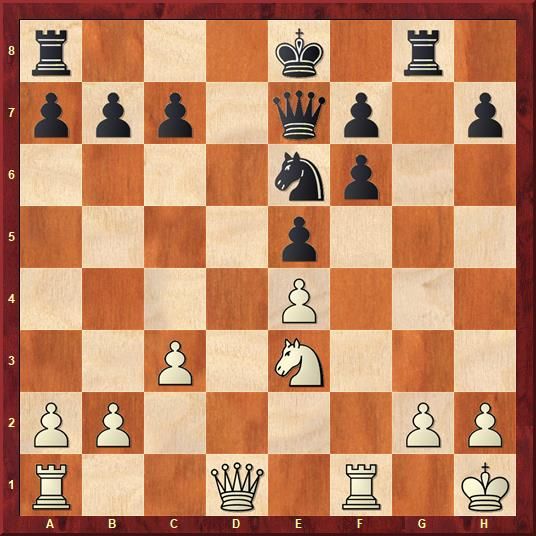 Although objectively equal, Black has a few problems in the position due to the open d file and his doubled pawns on the semi-open f file. Alexandrov went for 15...Qc5 and this spelt instant doom after 16.Ng4. Aleksandrov gave up the exchange here with 16...Rxg4 but was never really able to make a comeback.

In the sixth round, a sudden change in the nature of the position made Aleksandrov fall prey to the tactical prowess of the 16-year-old Vaibhav Raut. In a Nimzo-Indian Defence game, the position had oscillated between being better for white and equal for a long time when Vaibhav slowly began orchestrating an attack. 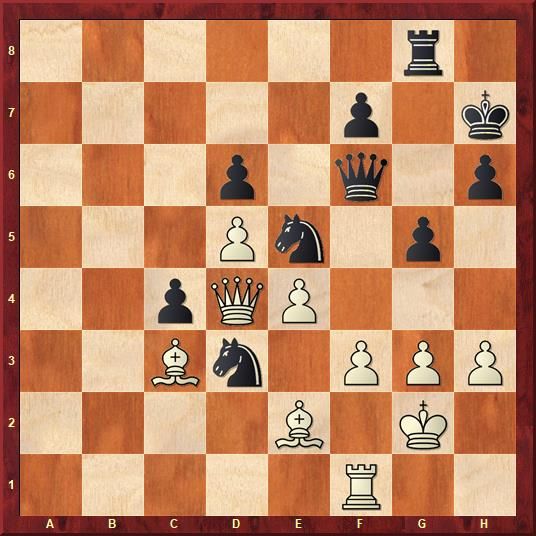 Players had just moved their rooks to g8 and f1 respectively when Raut found 63...Nf4+. The computer still yawns looking at the position spurting out three zeroes after 64.Kf2. But Aleksandrov took the knight and let black unleash the rook. After 64.gxf4 gxf4+ 65.Kh2 Rg3, white was in massive trouble. The game ended just five moves later after Raut had secured a decisive material advantage along with a continued initiative. 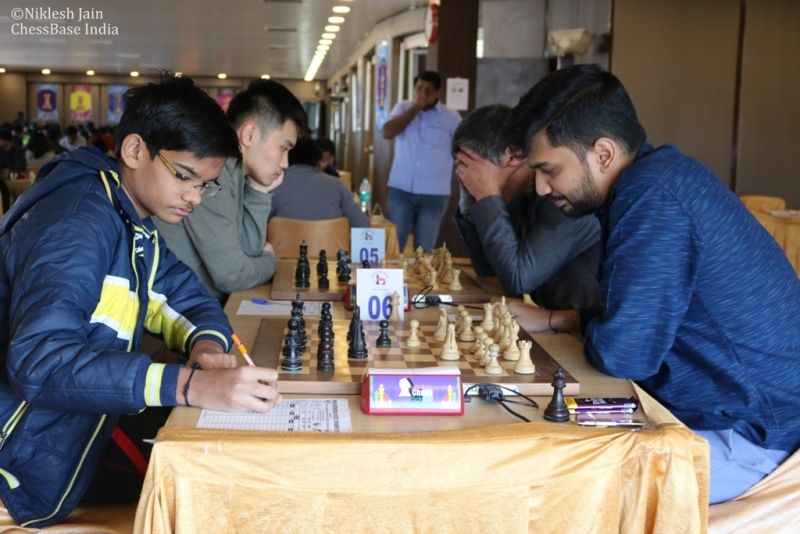 14-year-old FM Anuj Shrivatri finished as the top performer from the state of Madhya Pradesh. In the final round, he drew against S Nitin to take the 13th spot on the leaderboard. | Photo: Niklesh Jain

Ankit Gajwa took the second place as the Best Madhya Pradesh player after holding GM RR Laxman to a draw in the final round. Like Anuj, he had also scored 7.5/10 but was placed 19th after the application of tiebreaks. | Photo: Niklesh Jain
Dr SL Thoasen, Director of the Department of Sports and Youth Welfare in the state of Madhya Pradesh spoke to Niklesh Jain, Editor in Chief (Hindi) of ChessBase India after the event. In the interview, Dr Thoasen shares his thoughts on chess as a game, the chess in schools project and various ways of helping local chess players reach new heights.

Translation from Hindi and additional reporting by Aditya Pai