To create a work of art requires great hard work and dedication. David Llada has done exactly that with his book "The Thinkers". David is one of the best chess photographers and his 208 pages of The Thinkers resonates his quest for perfection. Each picture is meticulously captured and edited to bring to you the beauty and intensity of the game of chess. When one of India's ace chess photographers Amruta Mokal met David in Delhi, the duo sat down and discussed the book in great depth. This article not only contains David's best photographs from the book, and some pearls of wisdom, but also 32 minutes of this conversation with Amruta in video format.

David Llada is a great person. He is kind, helpful and overall a wonderful human being. Our friendship developed as we met him at different events all over the world. When we got to know he was coming to India at the Delhi and Chennai International we were looking forward to meeting him, Cindey (his wife) and Nahui and Isel (his cute little daughters). However, more than everything else we wanted to lay our hands on "The Thinkers". The ultimate photographer's possession - a book containing some of the best portraits taken by David. 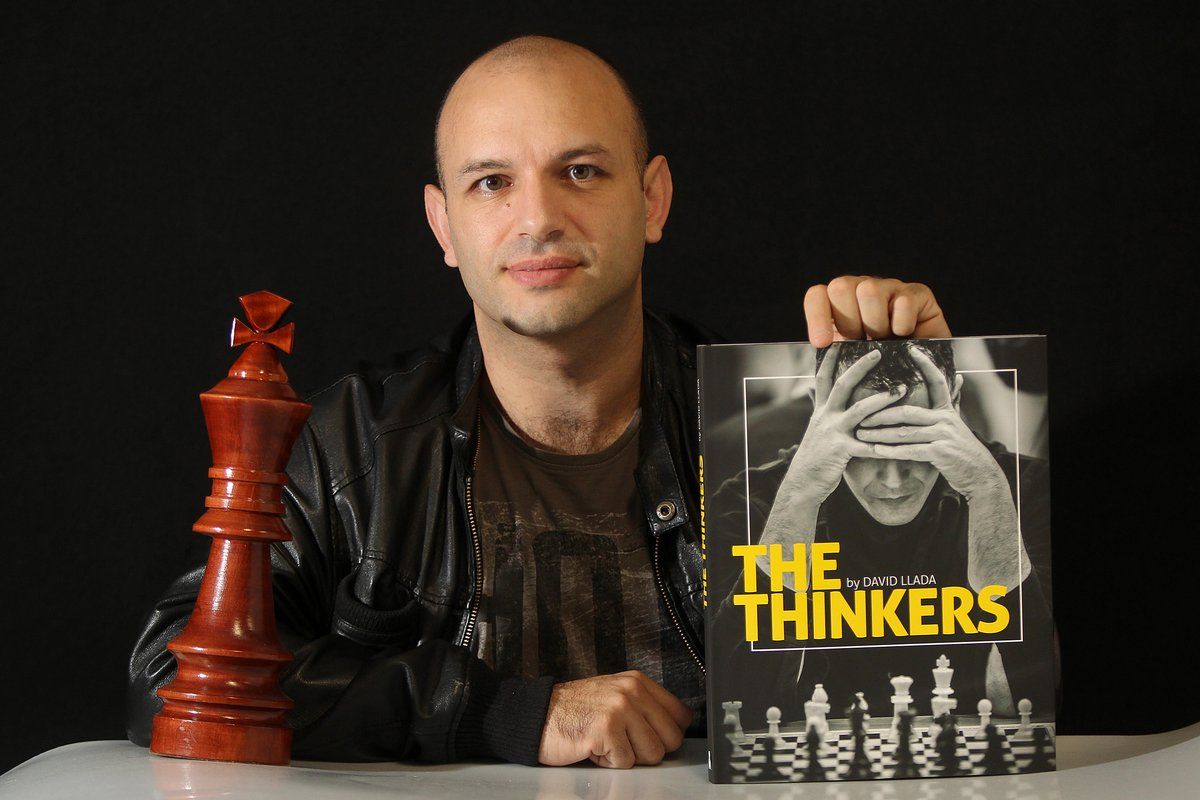 David with his ultimate work of art - The Thinkers 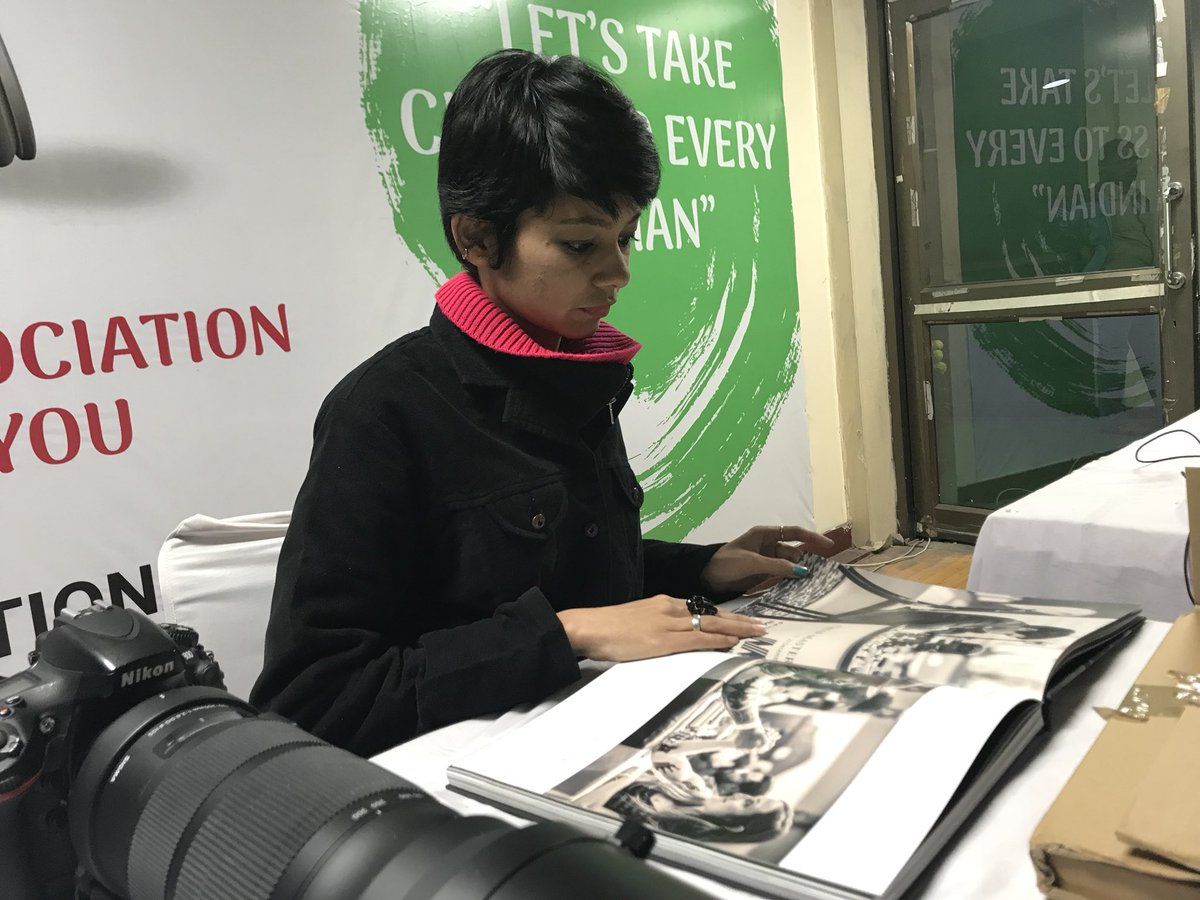 Amruta is a great photographer (I am not saying this because I am her husband!). But if she were a grandmaster in chess photography then David is somewhere in the range of 2800! It was obvious that seeing the book and then talking to David about it would be a great master class for not just Amruta but anyone who would be interested in chess photography. And so on a fine evening, David and Amruta sat outside the Indira Gandhi sports complex in Delhi and went over the book page by page. 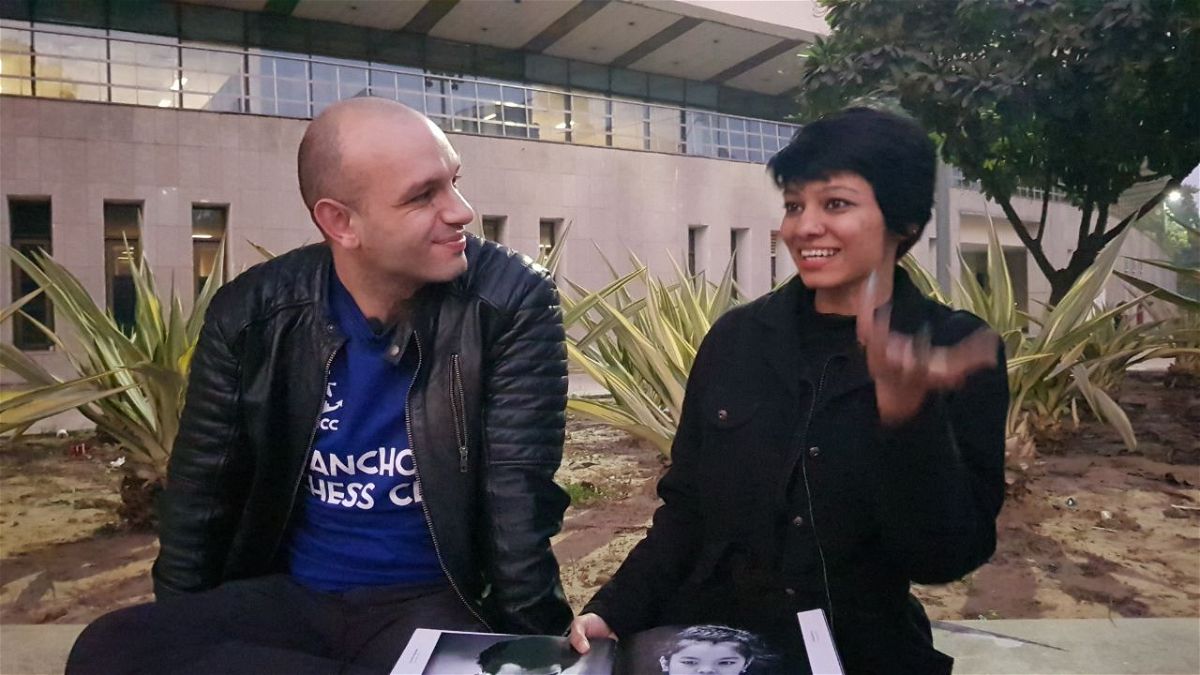 The video that you can see below is not just about the book but has invaluable words of advice for any budding chess photographer. It also tells you about the creative efforts that every chess photographer goes through in order to take those beautiful portraits of the totally engrossed chess players! It's 32 minutes of high-quality stuff and we recommend that you do not miss it:

Amruta and David discuss "The Thinkers" 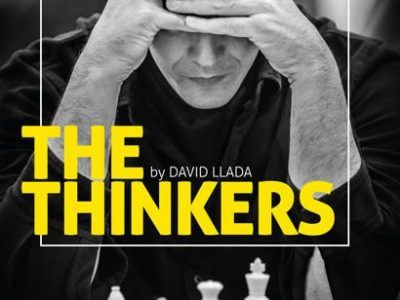 David wanted to keep an anonymous and unknown photo as the cover. This is not one of his best pictures, but it is symmetric and perfect as a cover picture. It is a photo of his friend from Italy named Carlo. Having a photo of someone like Carlsen or Anand or some top player would have made it feel like a biography.

Once you have the book with you it is perfect for getting autographs from some of the best players all over the world. Be it Anand, Carlsen, Vidit, Adhiban, Sasi, Harika, you have all of them in there. You no longer have to carry blank notebooks for getting a sign of these greats. The Thinkers will do the job!

Some of the Indian best players signing a copy of #TheThinkers for @photochess. Very good timing, since I have just been able to confirm that I will be in India myself next week! pic.twitter.com/bC7MZCQ9M2

David spends very little time in editing pictures. Mostly it doesn't take him more than five minutes to edit a portrait. Landscape or advertising pictures may take more time, but portraits need to retain their original flavour. Editing is a very important part of photography. If you had to put it in numbers then in portrait photography it would be 80% photography and 20% editing.

Black and white or colour:

Very often there is something distracting in the picture. Something in the background. You want to get rid of the colour so that it doesn't distract you. "We are overloaded with colours", says David. "When you go online you have ads, colourful ones trying to grab your attention." He likes black and white as it gives a sense of shape to the subject of the image. 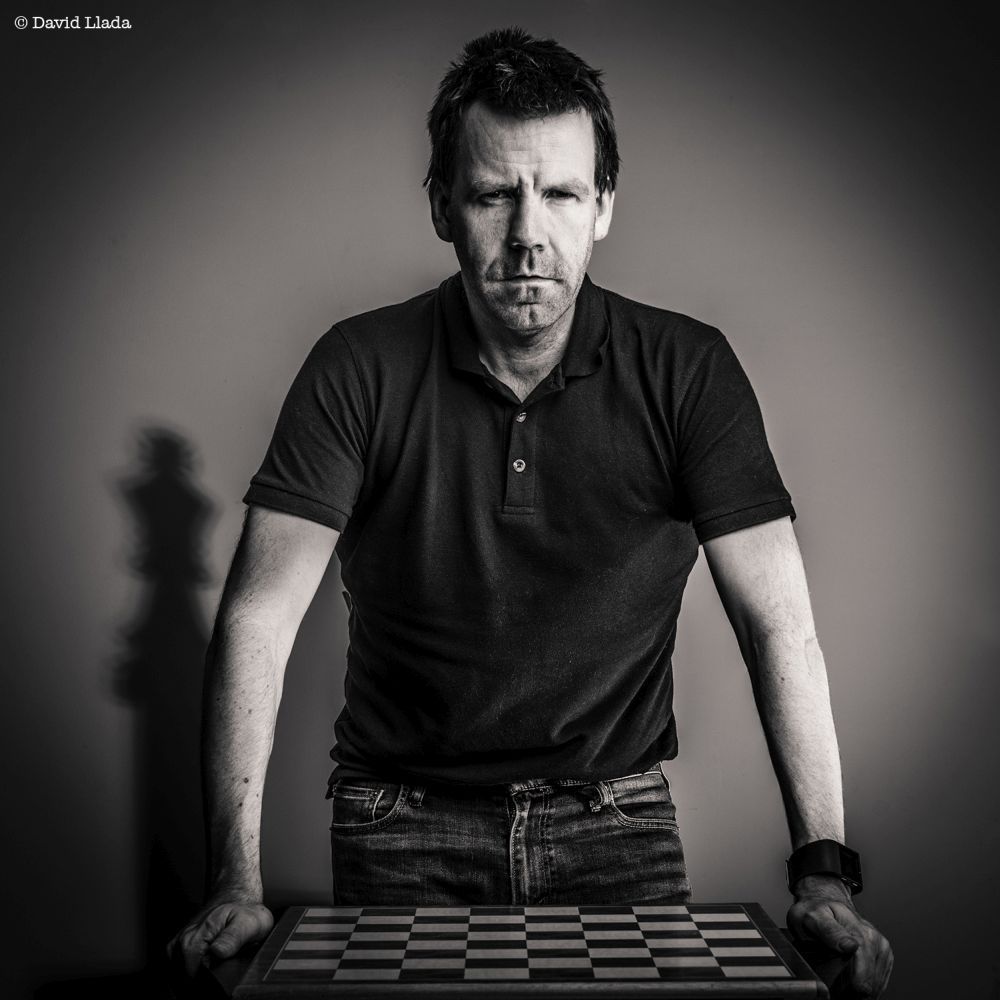 That intense look which only a black and white image can provide! 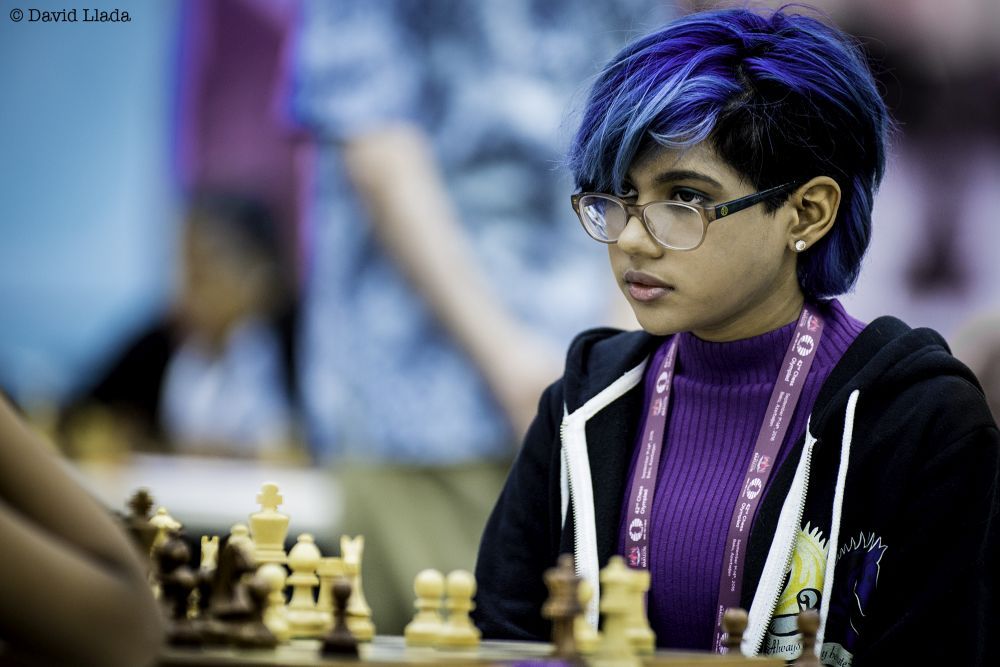 And this one, of course, requires the colour!

Getting the unique expressions:

David likes to be away from the players when taking a picture so that he doesn't distract them. He now uses the 300 mm lens, earlier it was 70-200 mm lens. This change in the lens has helped David to feel more comfortable as now he knows that he is not disturbing the players when he is taking a photo. Llada spends a lot of time waiting. Sometimes even for ten or fifteen minutes to get that perfect picture. That's the reason why you never see him taking too many pictures. He wants to get the eyes! An important quality in a photographer is not to rush. When you reach the playing hall you must walk around, soak in the environment and try to see if there are any interesting people who would be the perfect subject for a photograph.

David spent the first half of his career as a chess journalist and the next one as a photographer. What does he enjoy more? "Photographer, definitely! You take a nice photo of someone and you make him happy! When you write about somebody, they don't always like it!"

Making a living out of chess photography:

Things are getting better now. The organizers are realizing the importance of photography. They realize that good photos improve the stature of their event and attract more people to it in the succeeding years. Hence, the opportunities for chess photography are better now.

How to become a better photographer?

Photography is not competitive in nature. You can learn a lot by just looking around. For example, David learnt a lot by looking at other photographers. First, legends like Boris Dolmatovsky and Fred Lucas and now Lennart Ootes. Lennart has a different style of photography and David is trying to learn from his photographs. At the same time, Lennart is also taking a few things from David's pictures. 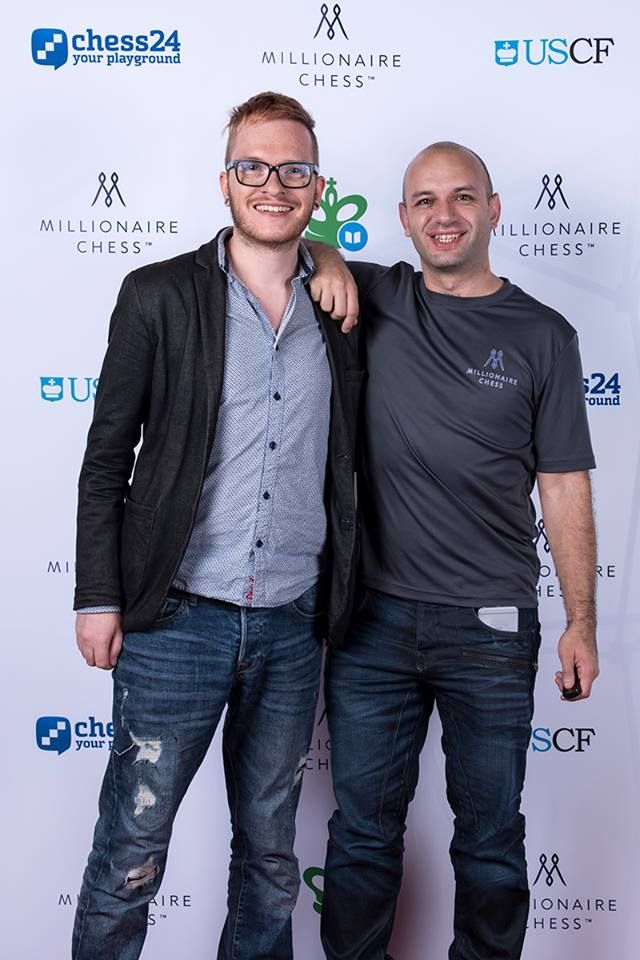 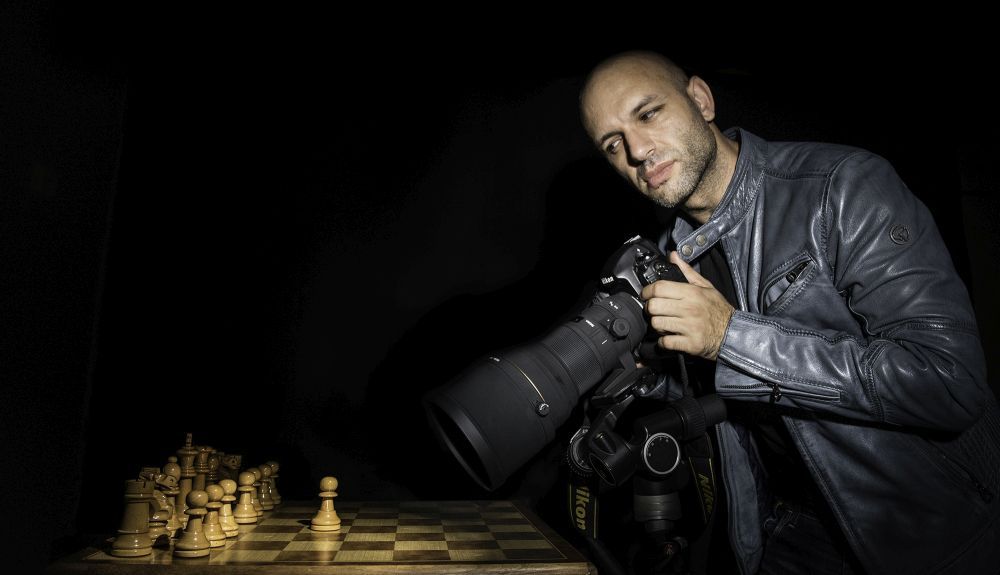 A good photographer always competes with himself!

One of David's advice to budding photographers is: Try to limit the number of clicks. Try to take only 15-20 pictures per day. It was better in the past when every photo would cost something because of the film. Nowadays, just because a click doesn't cost anything, one tends to take a lot of pictures. Limiting the number of clicks can help you improve your photography.

Hijab - good for photography or not? 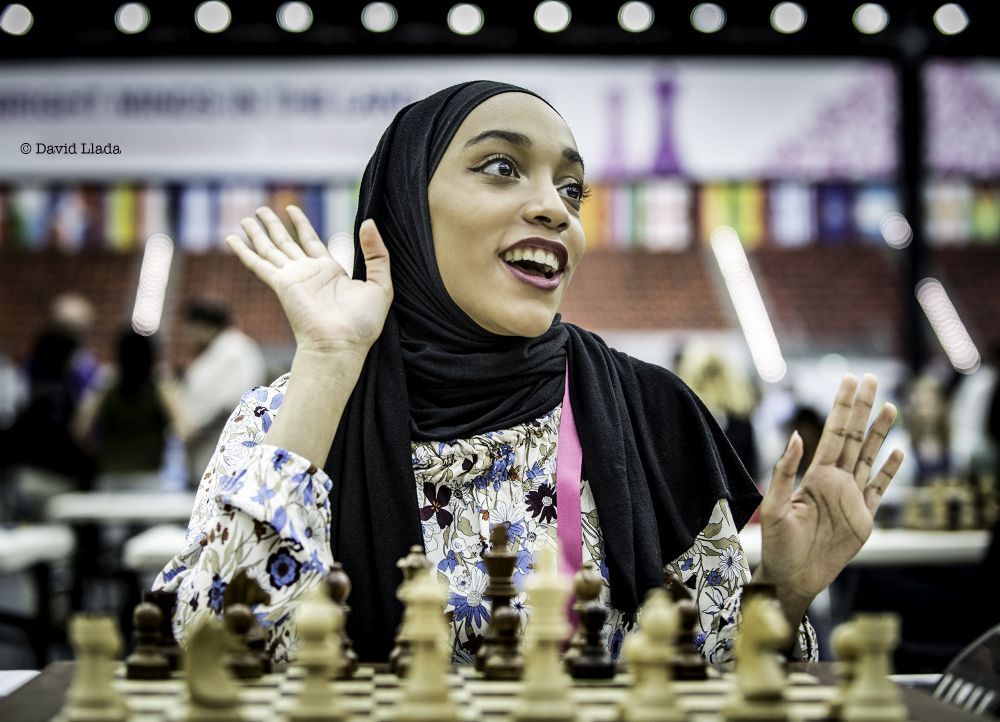 David was really pushing for being the official photographer at the Women's World Championship in Tehran in 2017 because he thinks women wearing hijab brings interesting variety in chess. Just looking at it from the photography perspective, the different kinds of scarfs sometimes black, sometimes colourful gives you different kind of pictures from the normal ones.

"I am not very talented", says David, "but one thing that I am very good at is that I am very observative. I try to look at minute details and observation is one of the most important qualities that a photographer must possess."

Grischuk! He is like a character from a Russian novel! In women Llada likes Kosteniuk. It's not because he has taken some flattering images of the champion, but because her pictures are always very intense. 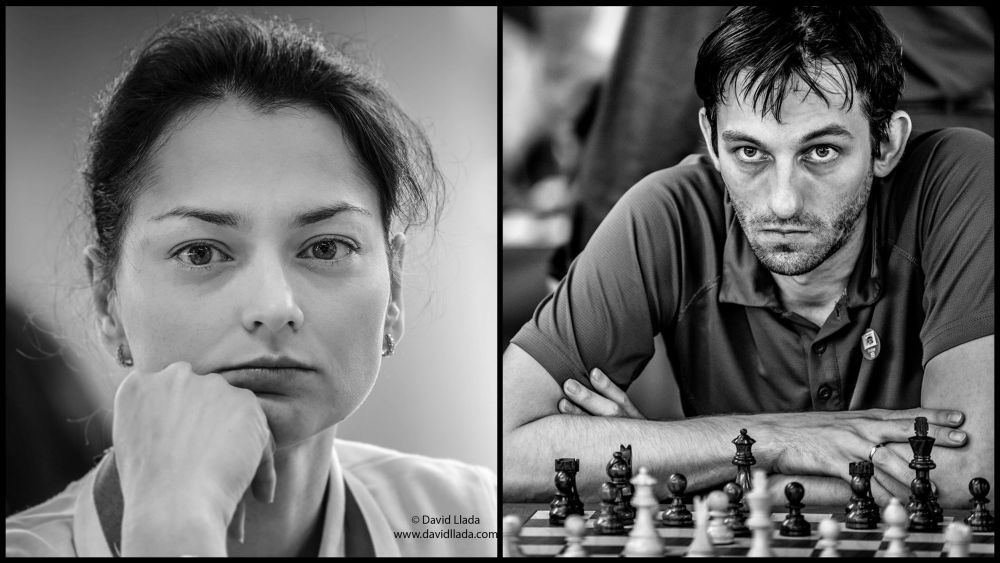 (Text in inverted commas are quotes by David Llada) 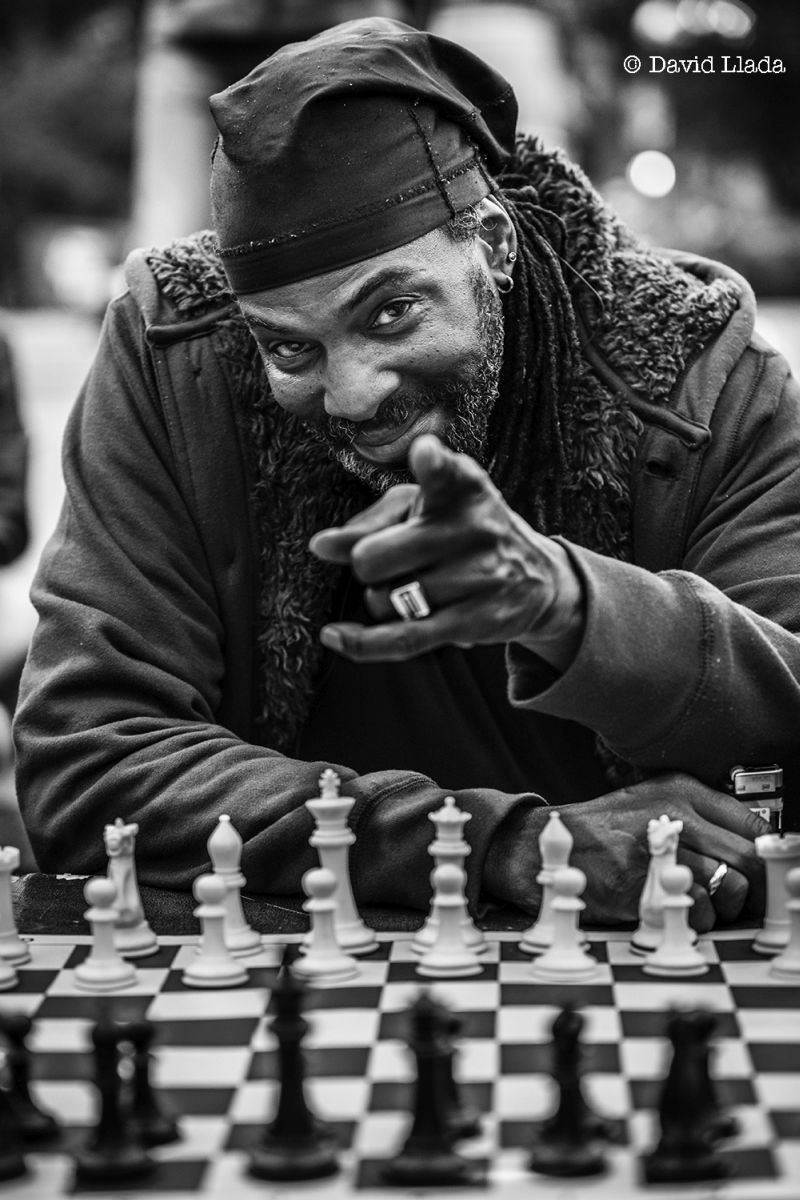 "This was my first day in New York and I went to the Union Square to play chess and this guy was sitting there. He is very popular there. I think everyone has seen this picture except him!" 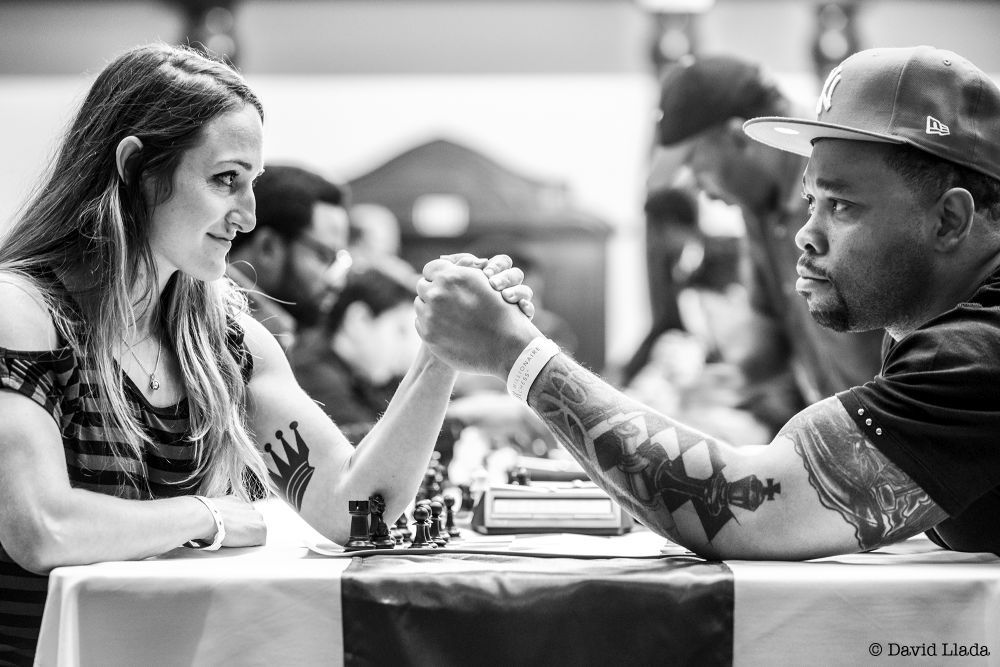 "I took it in Las Vegas in 2015. I took the pictures of both of them separately and then I decided to get them together. I realized that if I got them in this position then the tattoos of both could be seen! It was in the middle of a blitz tournament. I got them to do this and I took the picture." 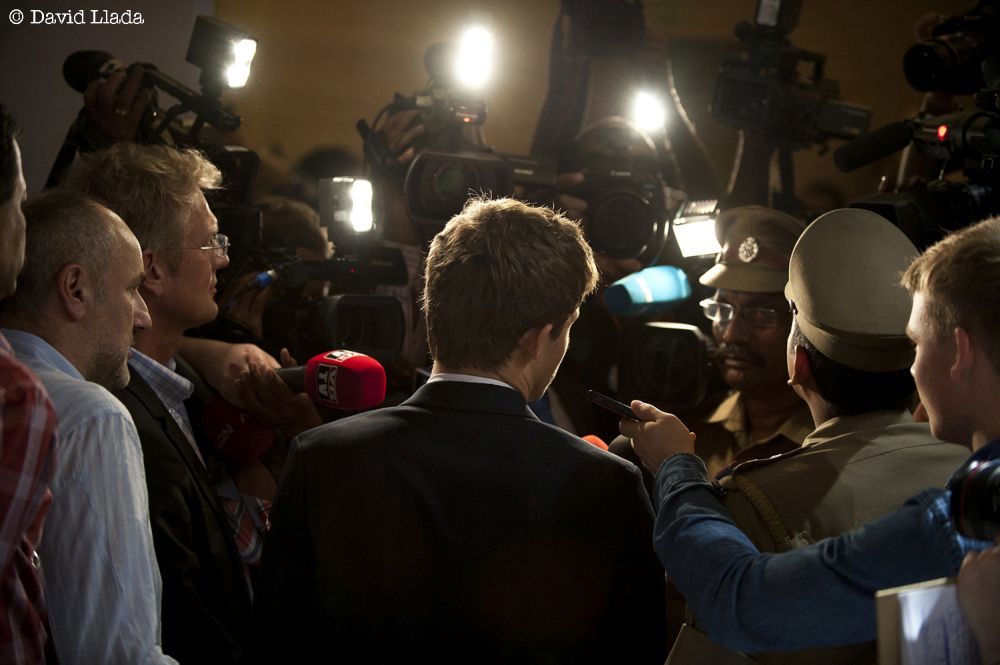 "Probably this is my best photo. It has some artistic value as well as historic. It was the day when Magnus became the World Champion in Chennai. I was behind him and all the media was in front of him. I thought to myself I have missed the photo. But sometimes you get lucky if you keep your eyes open and don't give up. I got the best shot. It is a photo of someone young, successful, the media adores him. You cannot even see him, but you get the entire picture. I got lucky!" 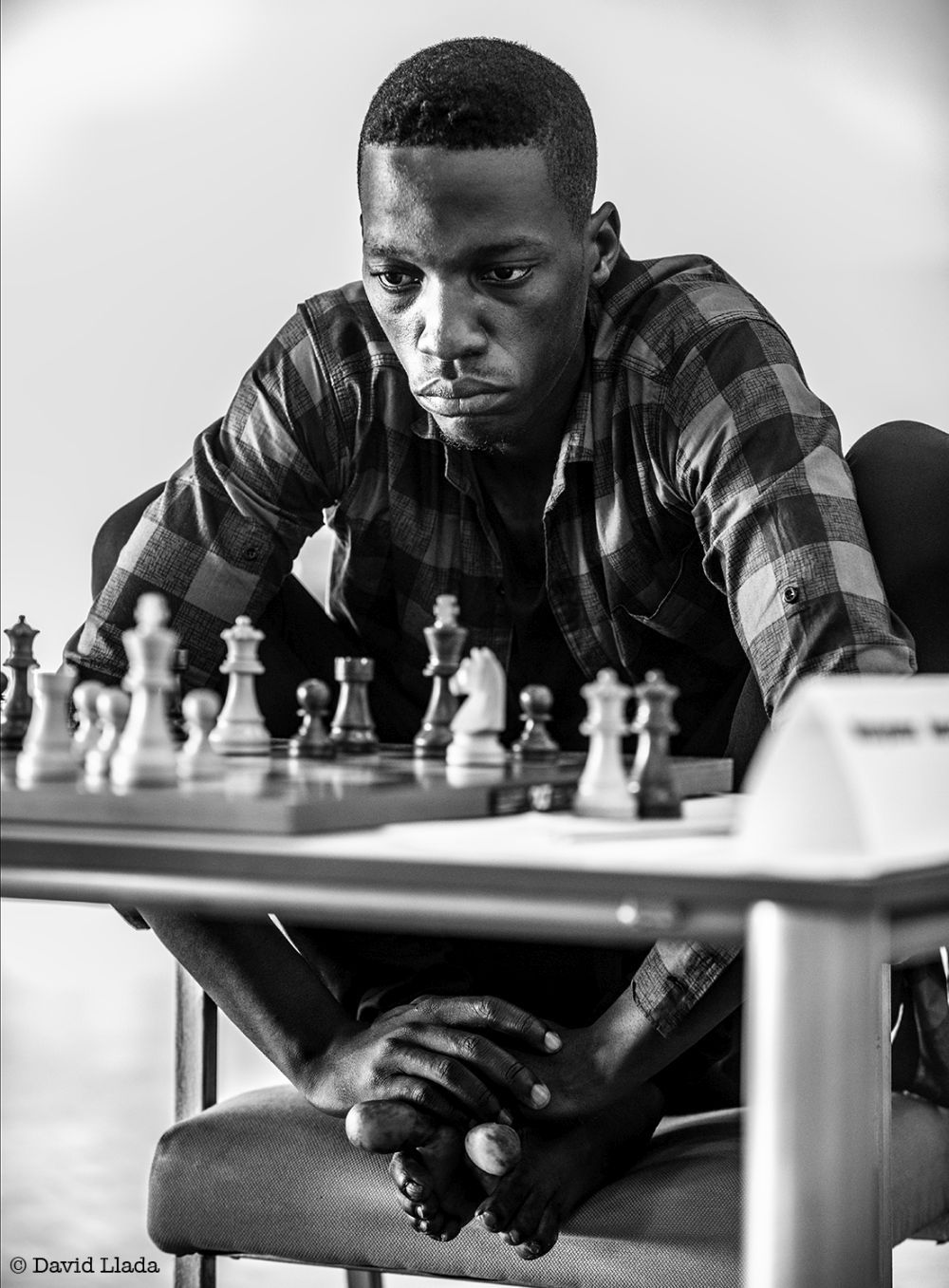 When Amruta saw this picture she felt as if it was divided into two! This was her favourite picture from the book and also one of David's. It was taken in Kenya at the Mombasa Open. 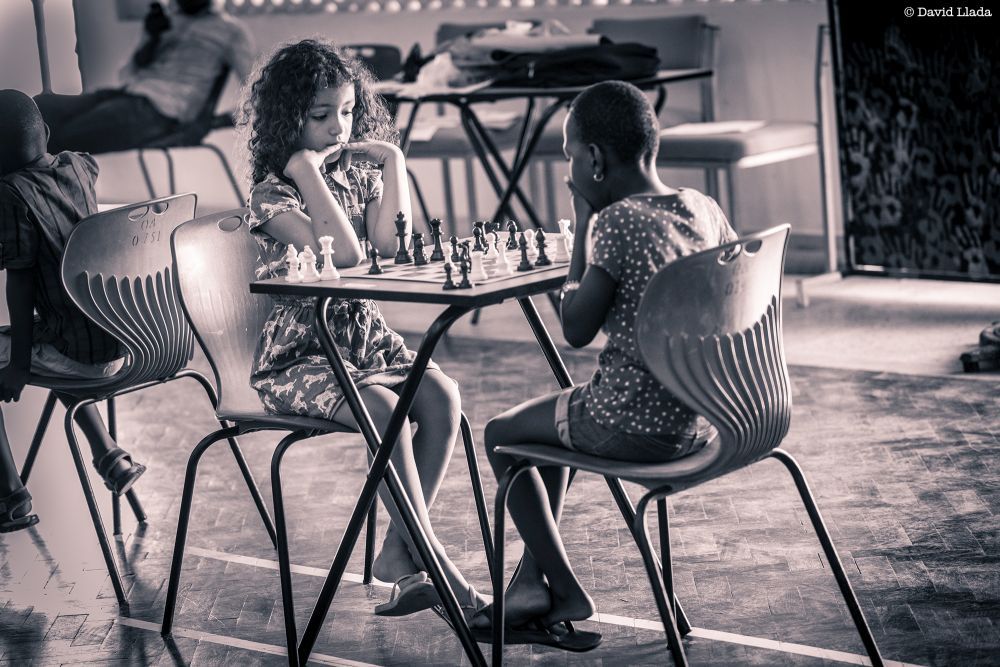 "This was the second game of Nahui (David's daughter) in the first tournament of her career. It was played in Kenya! I was more nervous than her! It was the day I joined the league of chess fathers!"

Some pictures of Indian players in the book: 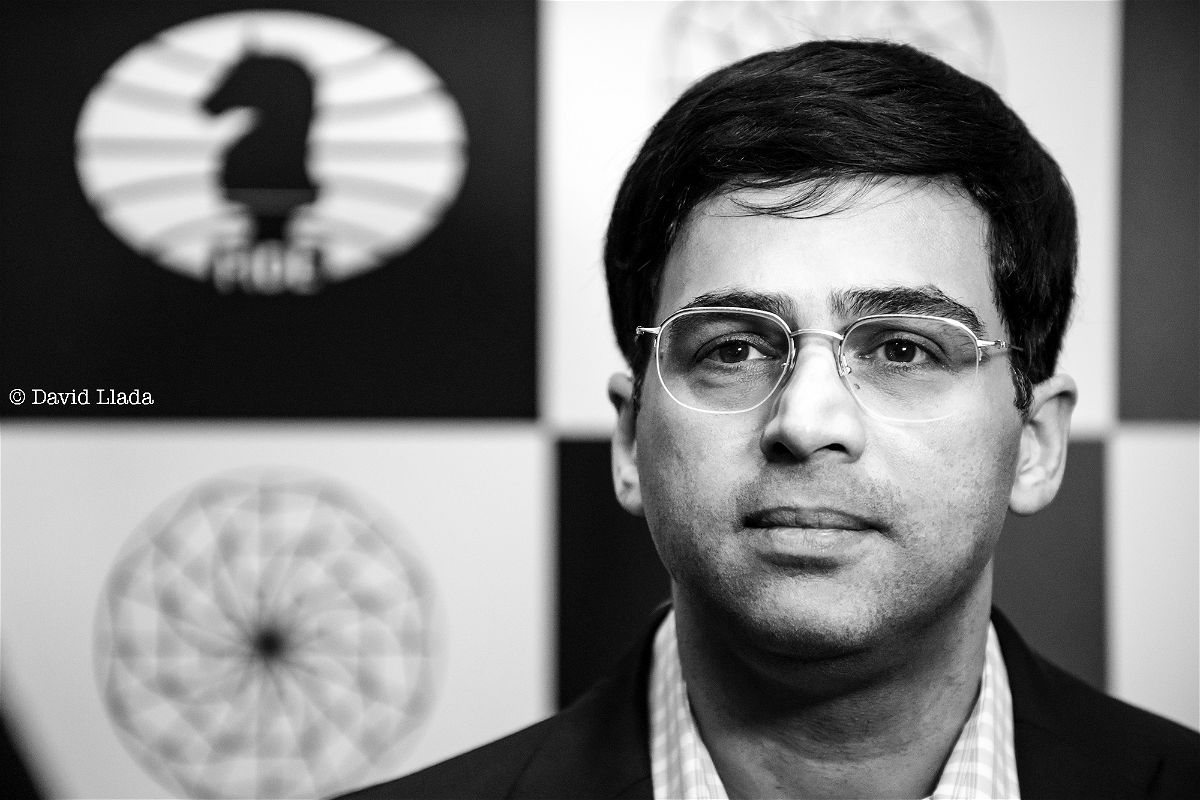 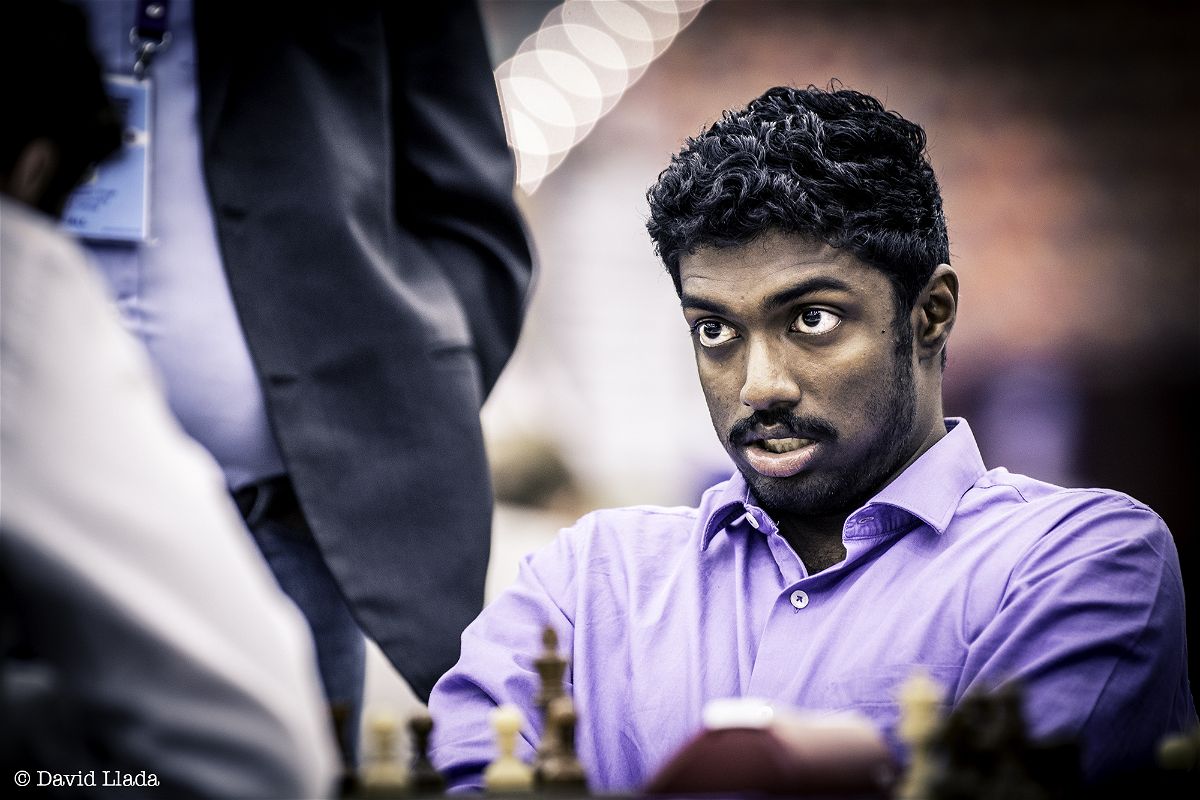 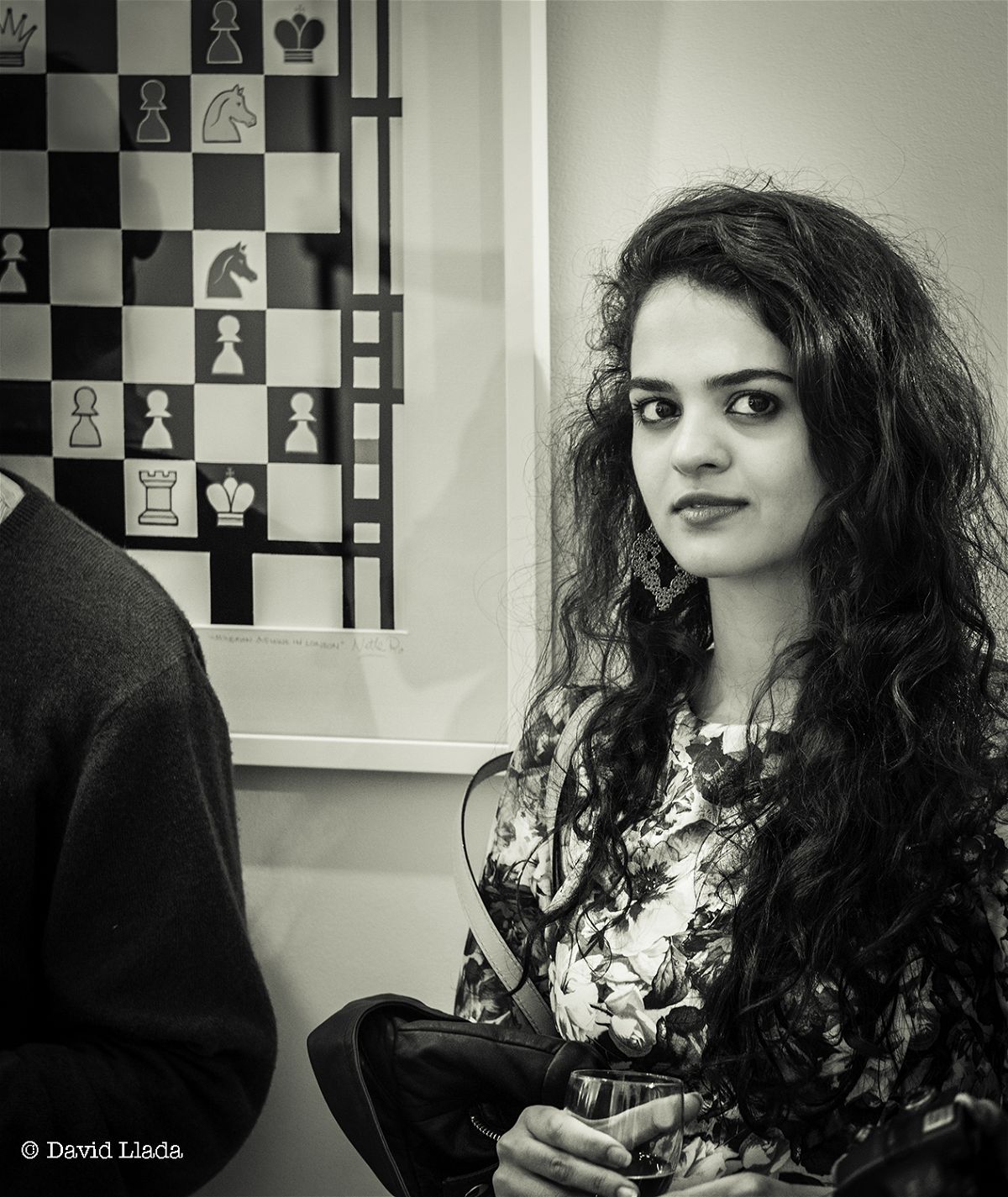 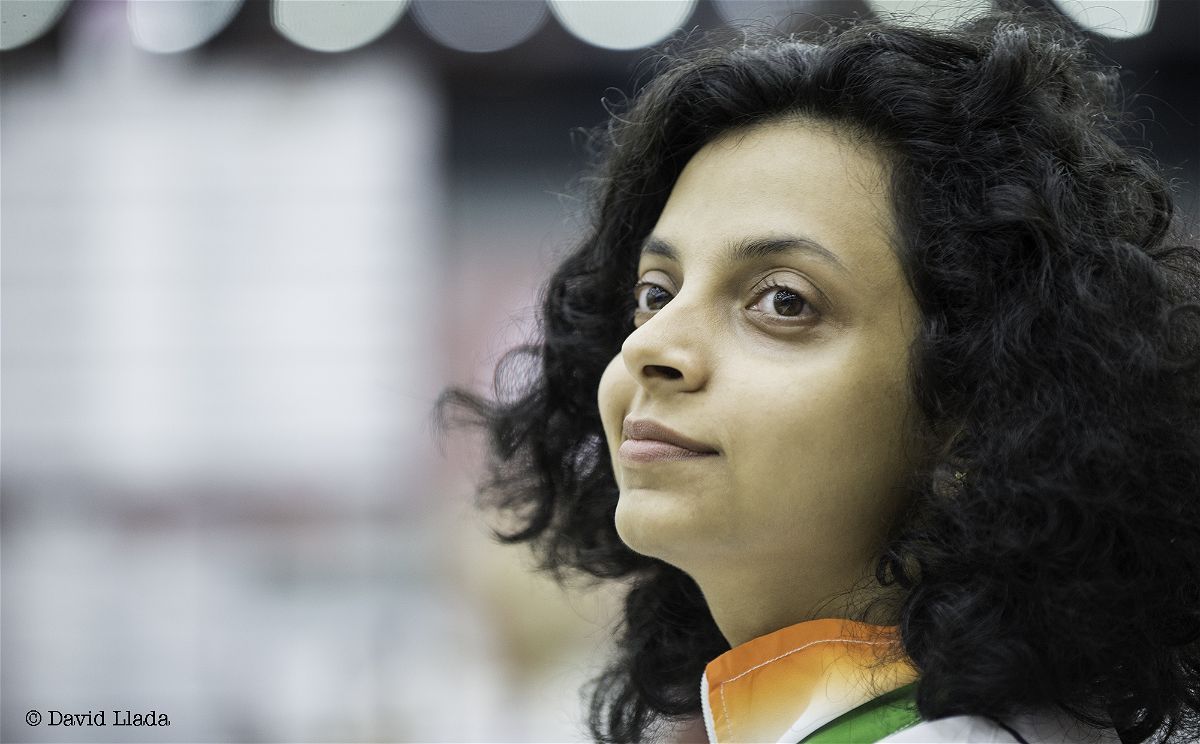 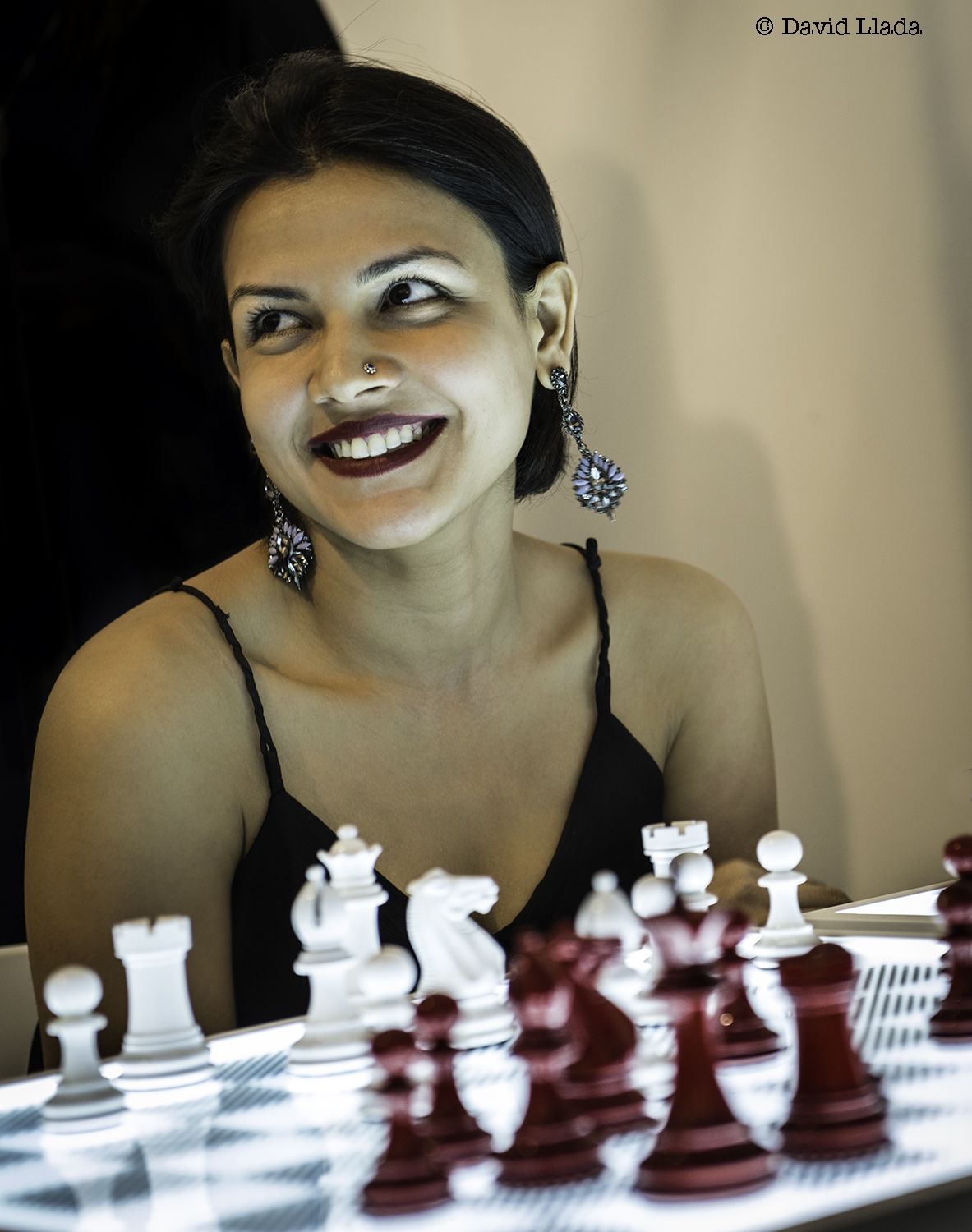 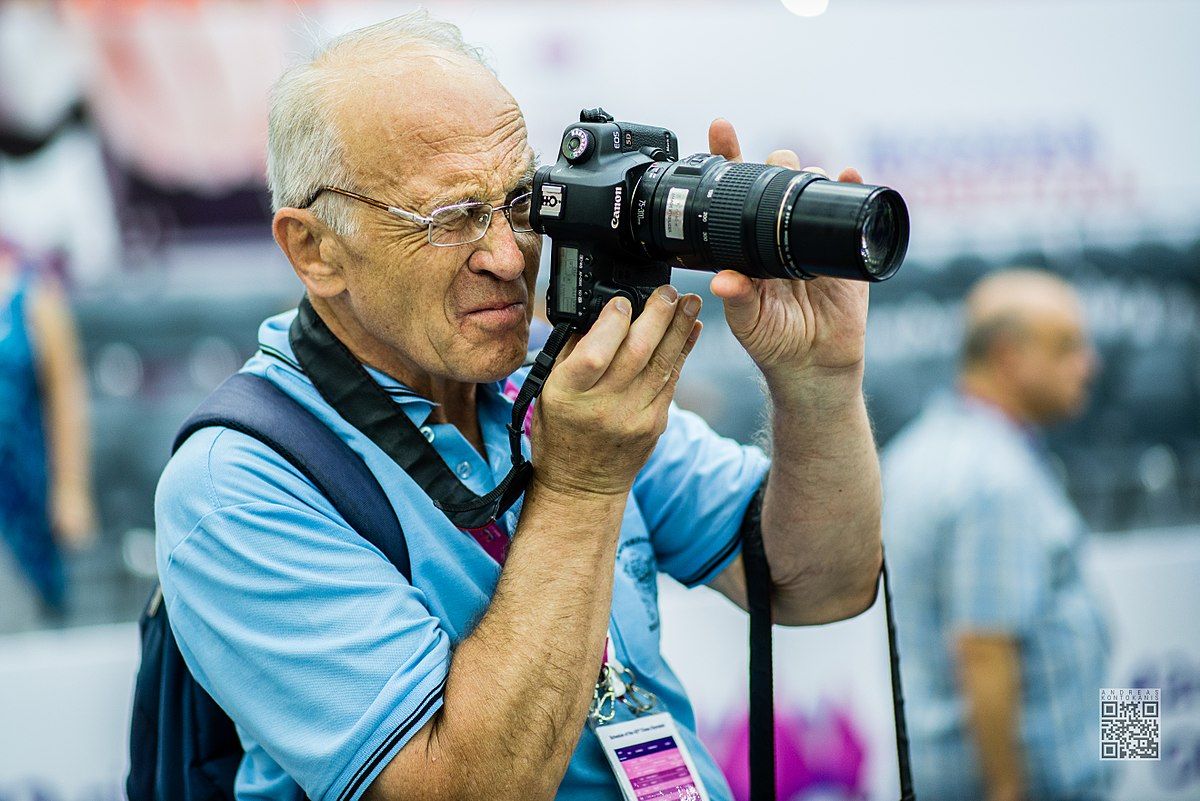 David got initiated to the game of chess after seeing a picture of two men playing chess against each other in a newspaper. The photo was so well taken that it aroused curiosity in the mind of young David. This photo was taken by Boris Dolmatovsky and he was the one who has taken many pictures of the top players from the period of 1970s and 80s. This book is dedicated by Llada to Dolmatovsky.

How can you buy "The Thinkers": 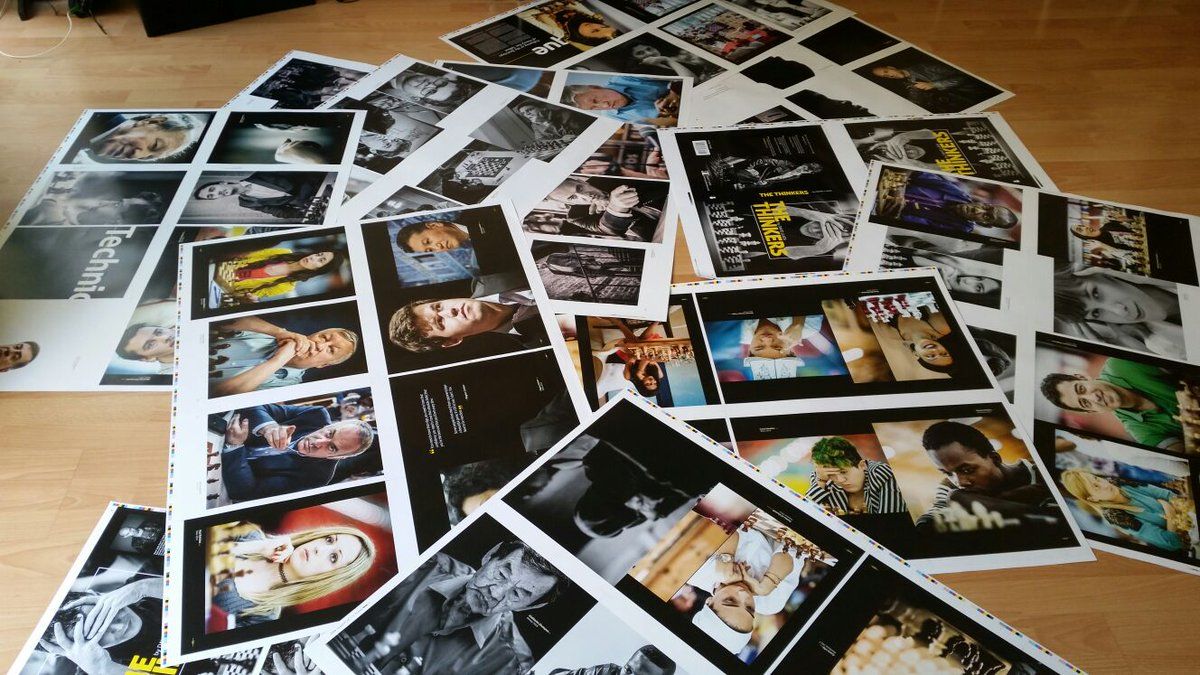 177 photos in 208 pages.
111 pictures in black and white,
66 in full colour. 16 breathtaking double spreads.
The most visually stunning book ever devoted to chess; order your copy at: