6-year-old Veyashini and her love for chess traps!

What happens when parents see that their 4-year-old daughter has an excellent memory and want to initiate her journey into the sport of chess? The problem - parents know nothing about chess! Navigating their way through the chess ocean, Prakash has been able to achieve something special. He has got his daughter hooked onto chess in the last couple of years. Veyashini is now 6 years old and doesn't let a single day pass by without practicing her favourite sport. This is a story of how the journey of a chess youngster begins! A few years from now Veyashini will definitely make it big in the world of chess. The reason is simple, she loves the game a lot and enjoys playing it!

The beginning of a chess journey!

By Prakash C, father of Veyashini

When my kid Veyashini was 4 years old, she entered the "India Book of records" for reciting all the names of the countries and their capital. This showed to us that our little one had great memory power. A lot of our well wishers advised us at this point to train our child in chess. It seemed quite logical as chess is a game which requires a lot of mental skills and I believed Veyashini would be very good at it. But there was a small problem! My wife and me both us didn't know a thing about the sport. The natural question at that point was - how do we take this forward? 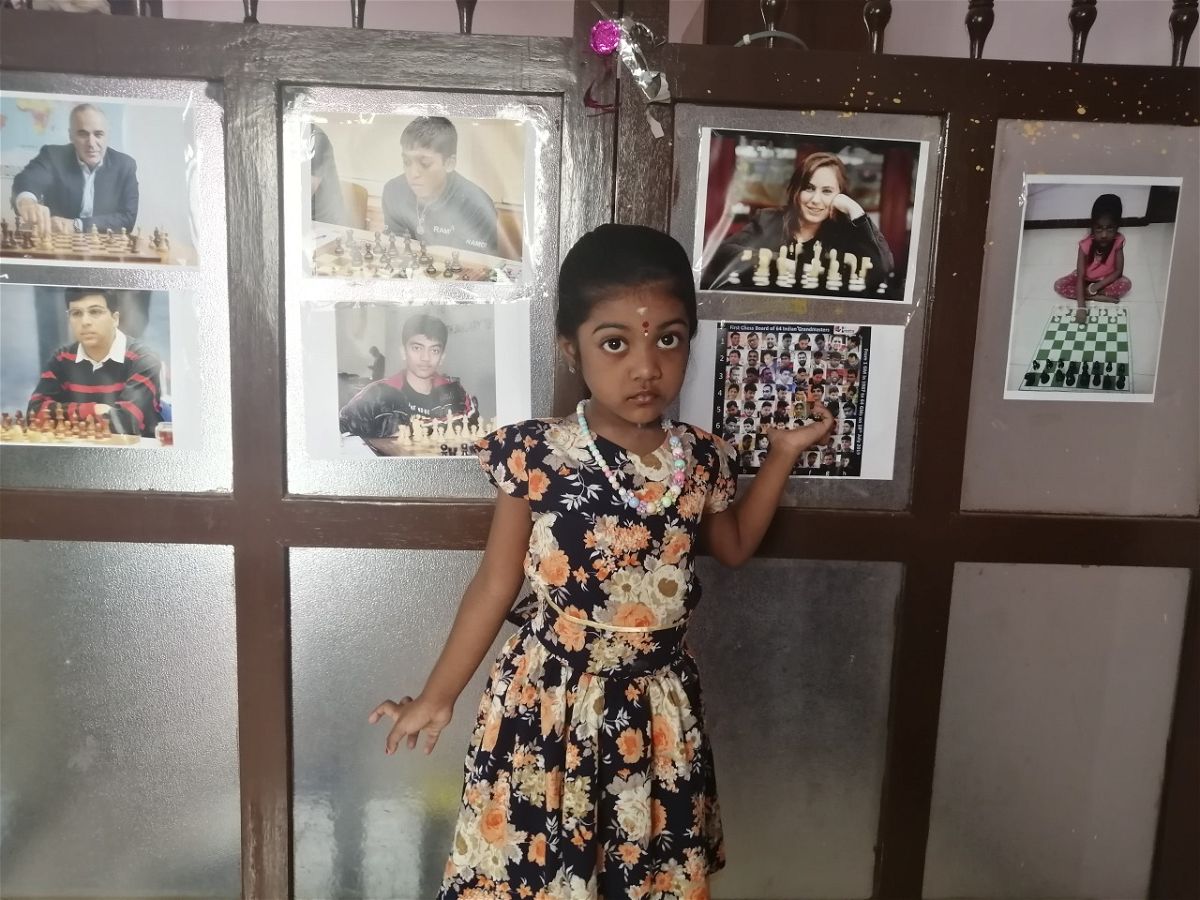 Little did Veyashini know that she would be completely enamoured by chess in the days to come!

One fine day I opened a local newspaper and got to know about the talented siblings Praggnanandhaa and Vaishali. I read how their parents Ramshbabu and Nagalakshmi didn't have any idea about how the sport worked. Yet, here they were - the boy had already become a GM and his sister already a WGM! This really gave me a hope that I too could make Veyashini into a world class player. To tell you the truth, it was this newspaper article, which really inspired me to begin my daughter's chess journey.

The newspaper article which Veyashini's father Prakash has still preserved

It all began with Mr. Jabastin, a local chess coach, who taught Veyashini the basics of chess. She grasped them pretty quickly and soon we moved her to the next level of training. She started working with Mrs. Harini (Former Tamil Nadu State Champion and WIM elect) and GM Karthikeyan Pandian from the Chess Aura Academy. This has been a wonderful development as Veyashini is now enjoying the sport tremendously, playing various tournaments, solving puzzles and reading many books.

I would like to add that Veyashini is a big fan of IM Sagar Shah and watches each and every episode of Basic Chess Opening Traps on the ChessBase India YouTube channel. She has implemented traps from that series in many online and offline tournaments. She also reads a few books right now - Quick Chess Knockouts referred by GM Nihal Sarin in one of his streams on ChessBase India. GM P. Iniyan gifted her a book "Begin Chess" by IM Manuel Aaron. The book was gifted to her by Iniyan as she was the youngest participant in Iniyan's Marathon event for Covid19 fundraiser. There is another book that she has picked up from Wesley So's recommendation - Traps and Zaps by Bruce Pandolfini.

The feedback from the coaches is that Veyashini is interested in the game and is steadily improving her game. She is currently in 1st grade (at Kendriya Vidyalaya, Ashok Nagar) and I hope she will keep working hard and one day make our nation proud! As parents my wife and I will ensure 100% support. Sometimes I think it is good that Yamini (my wife) and I do not know chess so well. We cannot monitor her progress and she can play the sport without any pressure! That being said, we are always trying to improve at the game with Veyashini's help! My daughter has a long way to go and I seek your blessings and support.

Veyashini recently took part in the under-8 Tamil Nadu State Championship which was held online on Lichess. She scored 4.5/9. Here are a couple of her games.

C. Prakash is Veyashini's father. He is an Electrial Engineer and also a Psychology Graduate. He was working with a private company and has now taken work break and is preparing for competitive exams. Yamini, his wife, is an electrical engineer and is working in a private company in Chennai.