The art of looking for Candidate moves

By playing games of chess, looking at games of masters, and solving positions, you develop a feel for chess. This is what we call intuition. When you glance at a position the first moves that come to your mind are because of your intuition. A good chess player has developed a fine intuition for the game through his incessant hardwork. However, this is not enough in a practical game, because there are often many hidden possibilities which the intuition cannot grasp on first look. Hence, it is important to dig deeper for options. This art of digging deeper in the position is called the search for "Candidate Moves". In this article GM Swapnil Dhopade talks about the important subject with the help of a few examples. Also we have the solution to Swapnil's previous challenge.

The art of looking for Candidate moves

Calculation has always been an important topic in Chess. Aspiring players work tirelessly on improving their calculations. A lot of research and work has been done on this subject in chess literature. One of the first books that delved deeply into this topic of calculation was the book “Think Like a Grandmaster” written by Alexander Kotov. In the book he mentioned how his results were affected due to his bad calculations and shared ways by which he was able to fix this problem. 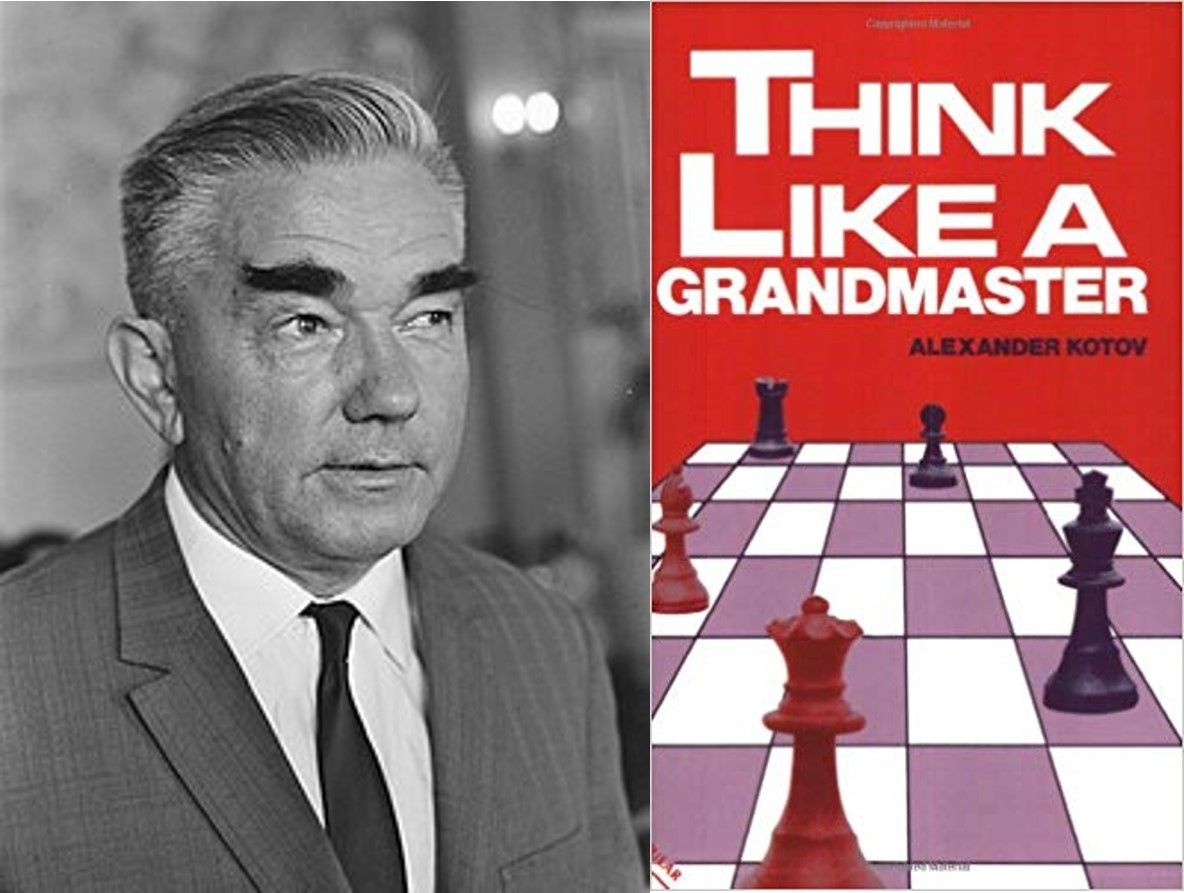 One of the terms that he coined in the book was ‘Candidate moves’. He suggested that before a player starts analyzing a position he/she should look for ‘Candidate moves’. This in simple words means to look for options in the start position before one immerses himself deeply into the mazes of complicated variations. Whenever you look at a position, some moves will automatically pop up in your brain. But instead of going ahead and calculating them deeply, it makes sense to stop and look whether there are more options available than the ones our intuition suggests. This doesn’t mean that you will always find a better move than the one you considered at first. But it surely will increase the probability that you don’t miss anything stronger in the given position. That is why I call it a good habit in the calculation technique. 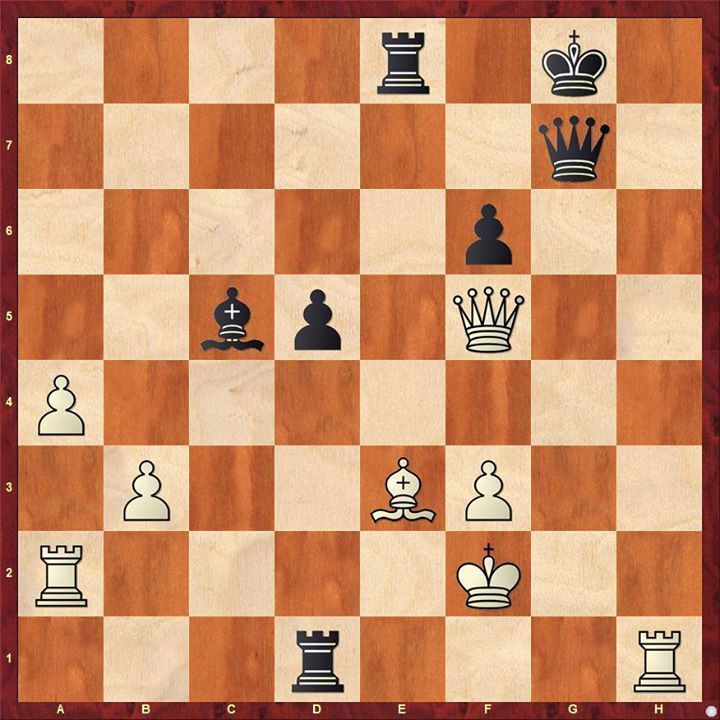 When I give this position to solve to my students, most to them start calculating deeply after the ‘obvious’ 1.Rxd1. All they get in the end is a draw. They try different moves while calculating but in vain. Then I tell them to look for options at the start! They look surprised that there even exists an option at the start. What else is possible apart from the obvious 1.Rxd1!? But when they start looking for other moves available, it dawns on them that there is a much stronger move available for white, that is 1.Rh8+!! Instead of capturing the rook on d1 white should sacrifice his own rook in order to get a winning advantage!

Well, this is an extreme example to prove that looking for options at the start helps a lot! But even in tournament games we miss a lot of good opportunities when we focus only the move suggested by our intuition. Here is one of the examples from my own game where I missed a golden opportunity to defeat a strong Grandmaster with the black pieces because I didn’t get past my intuition and look for options… 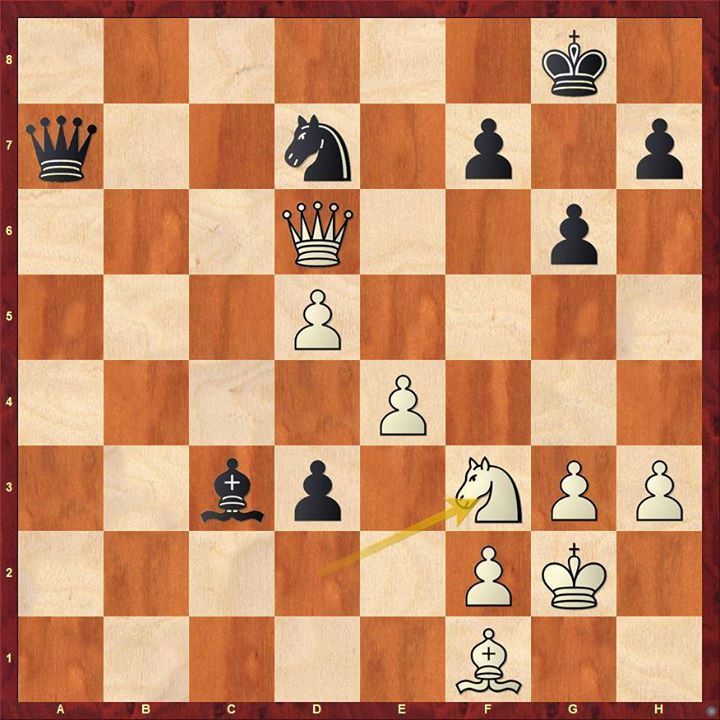 This position arose in my game against GM Ivan Saric (Rating – 2664) of Croatia in the Gibraltar Masters 2018. I was on the back-foot since the opening and the game was slipping through my grip. When I played 34…Bc3 attacking his knight on d2, he played 35.Nf3 and I immediately replied with my pre-decided move, 35…d2 and then went on to lose the game in a few moves. But, had I looked for options in the diagram position I would have found the strong 35…Be1! which turns the tables in blacks favour.

Solution to the previous article:

In Swapnil's previous article entitled "Spend 15 minutes with Swapnil Dhopade" we had asked you to take 15 minutes for the below position and work out the solution. If you haven't done so already, please try it out. The solution is given below. 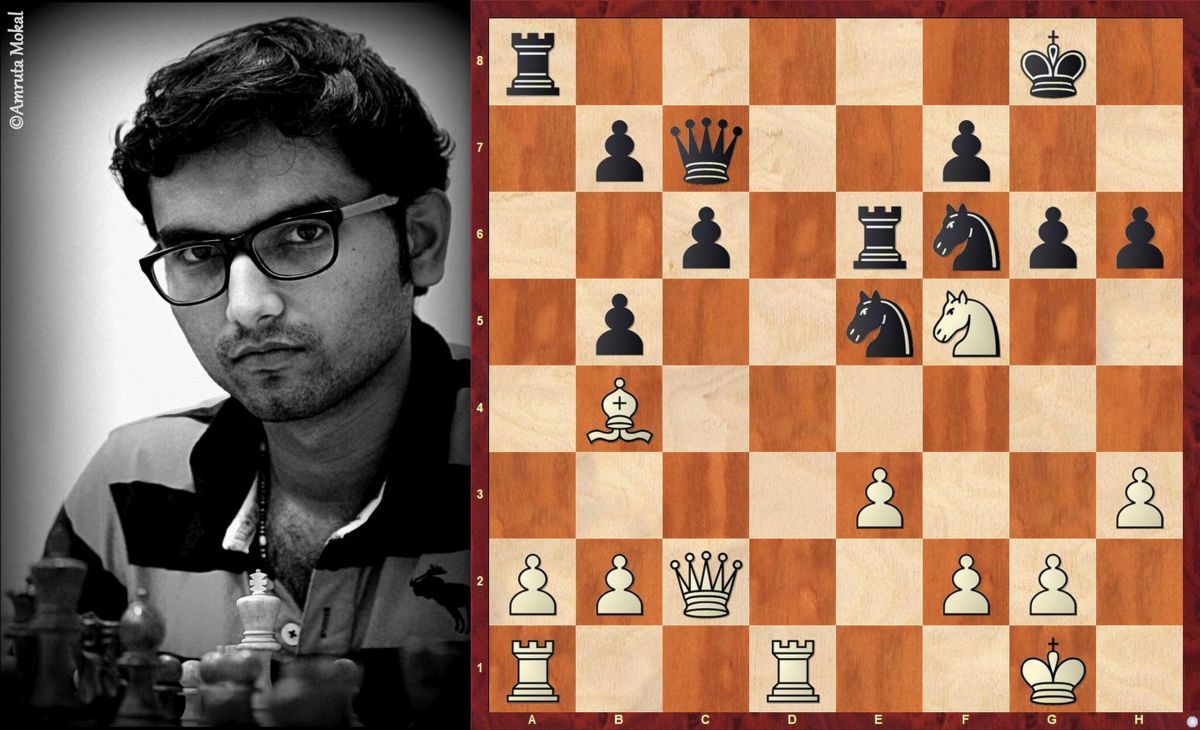 What is the best way for white to continue? Look for options carefully.

Taking Nxh6+ is not so great because Black can just reply with ...Kg7. Hence... 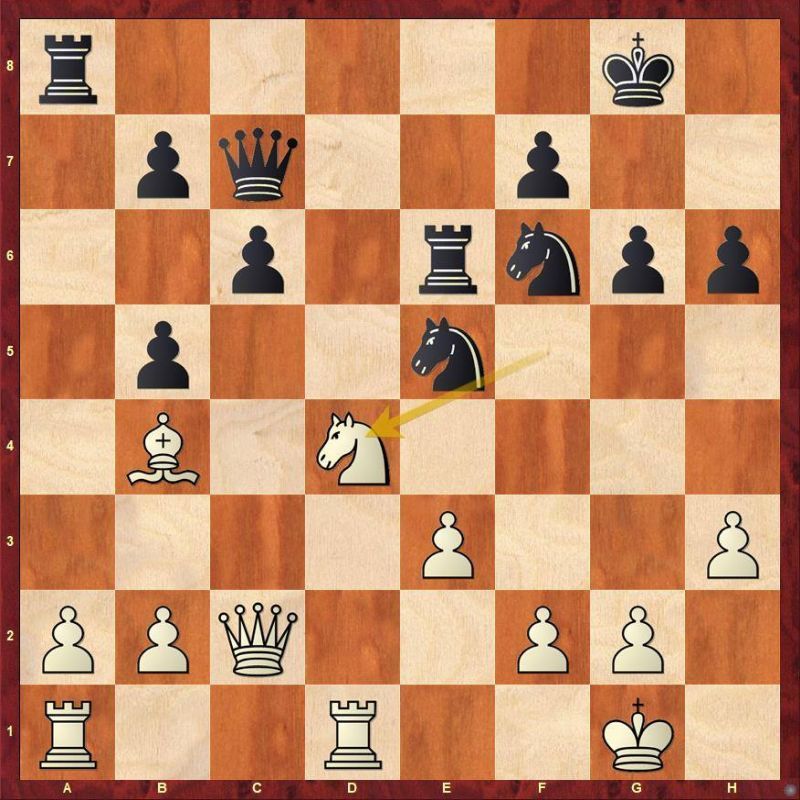 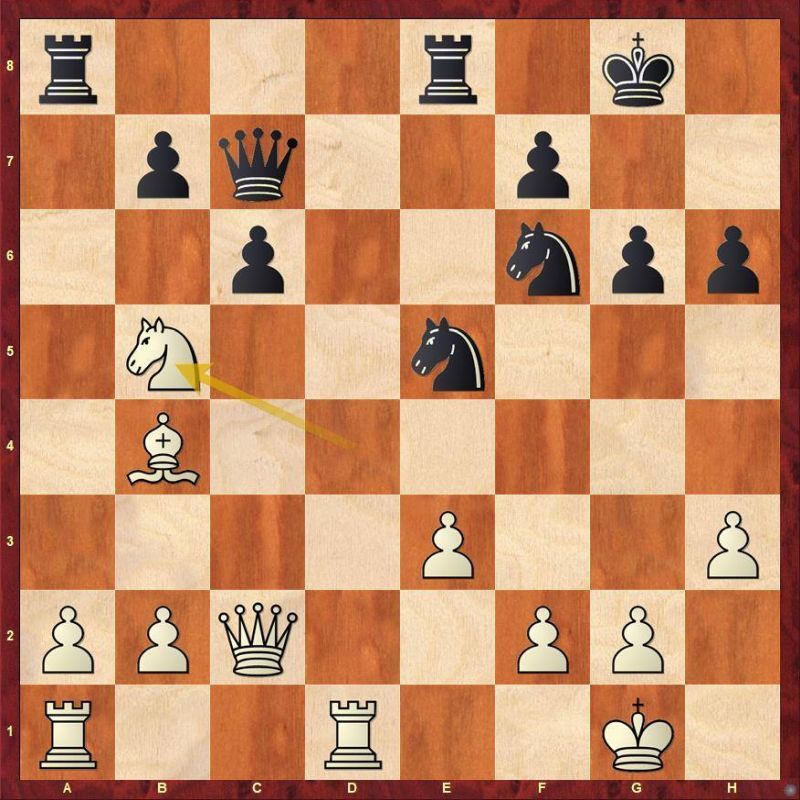 Many players see this idea, but they reject it because of Black's next move. 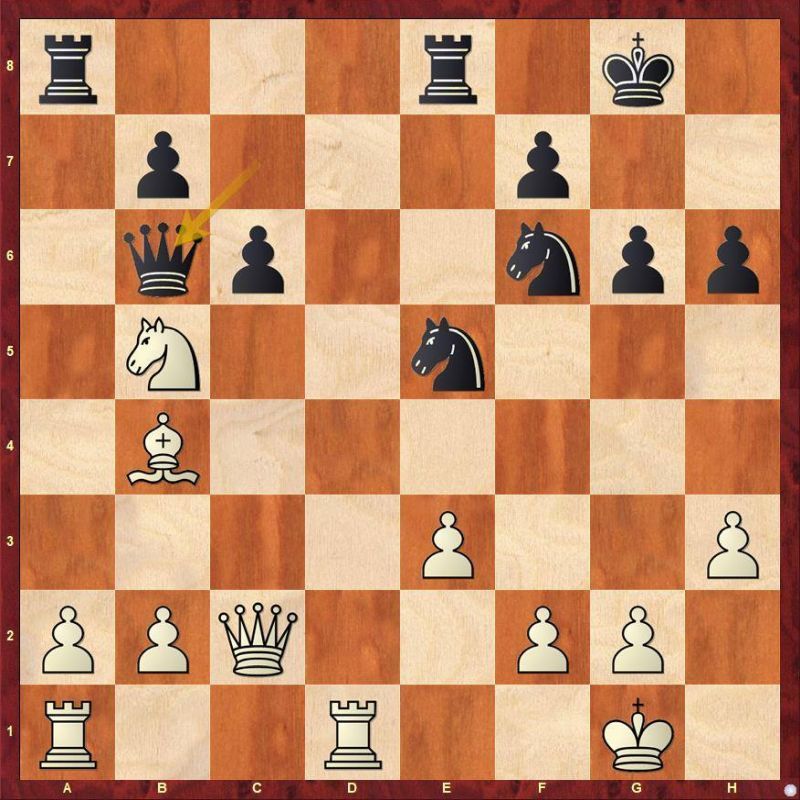 21...Qb6 is the move that might deter a lot of players

It's tempting to leave the calculations here, but before leaving one should look for options, as such messy positions can offer hidden resources! 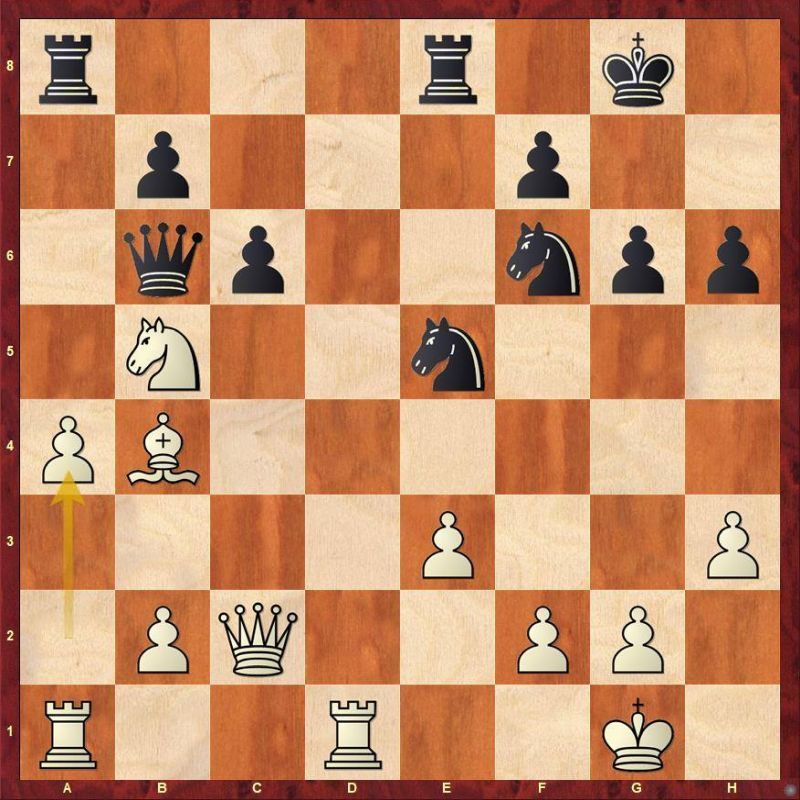 White forces 22...cxb5 which allows Rd6 hitting the queen and the f6 knight. If Black doesn't take on b5 then white can go Bc5 and he will simply be a pawn up. 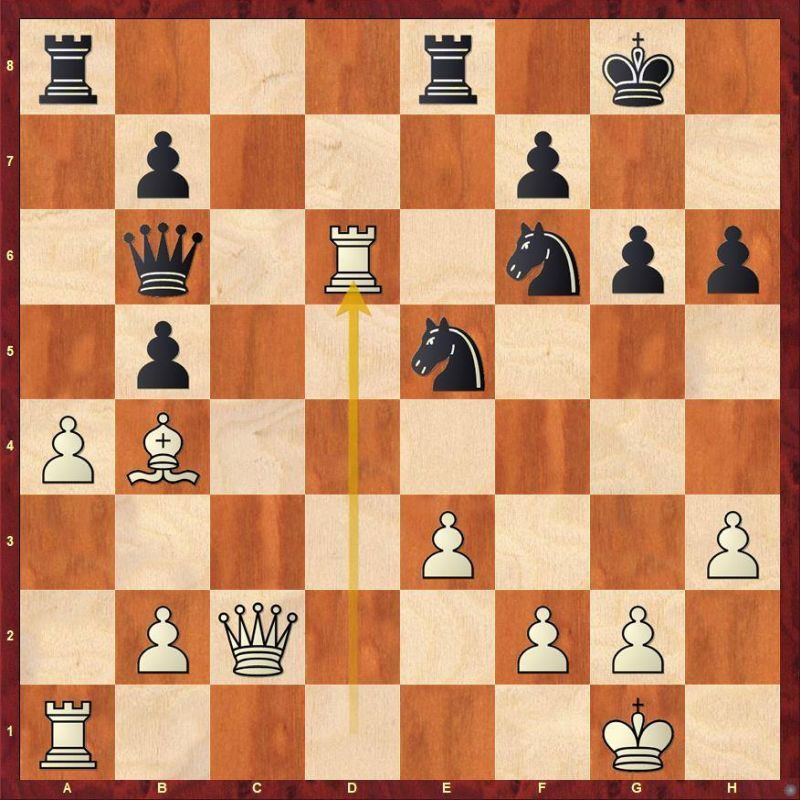 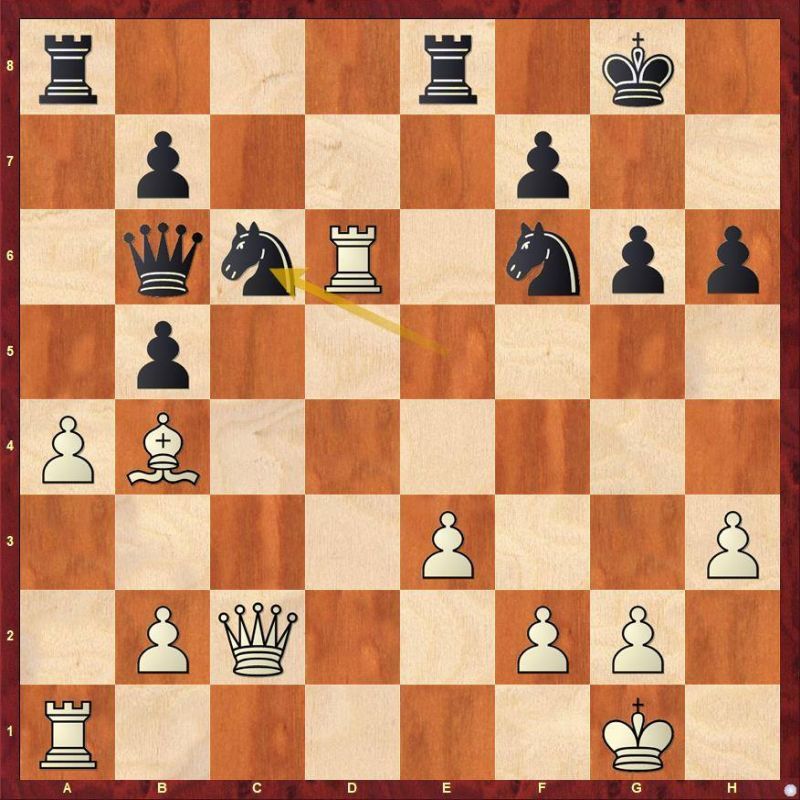 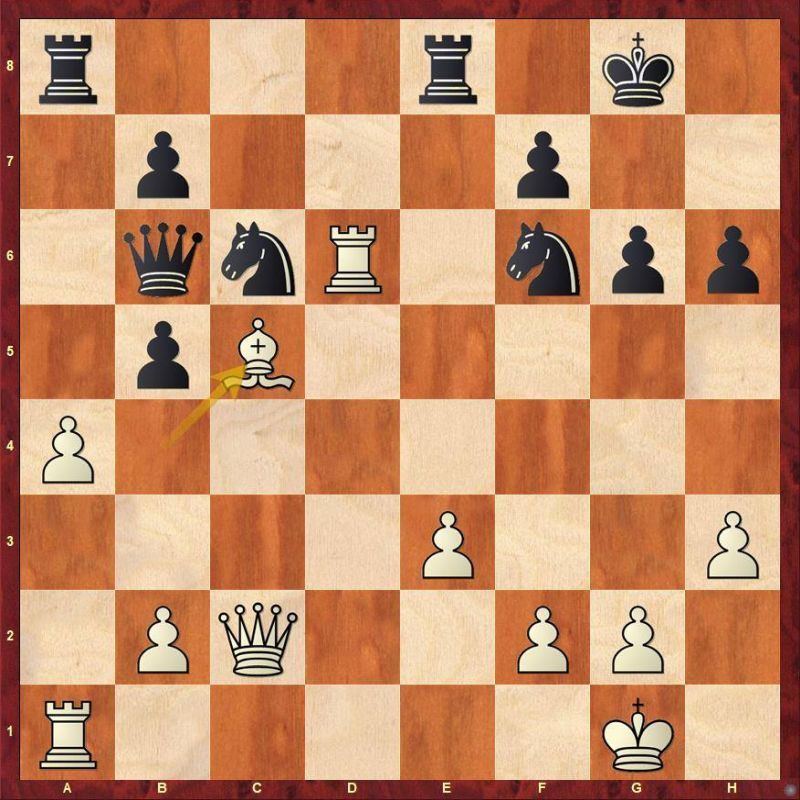 Bc5! A blow for blow strategy by White 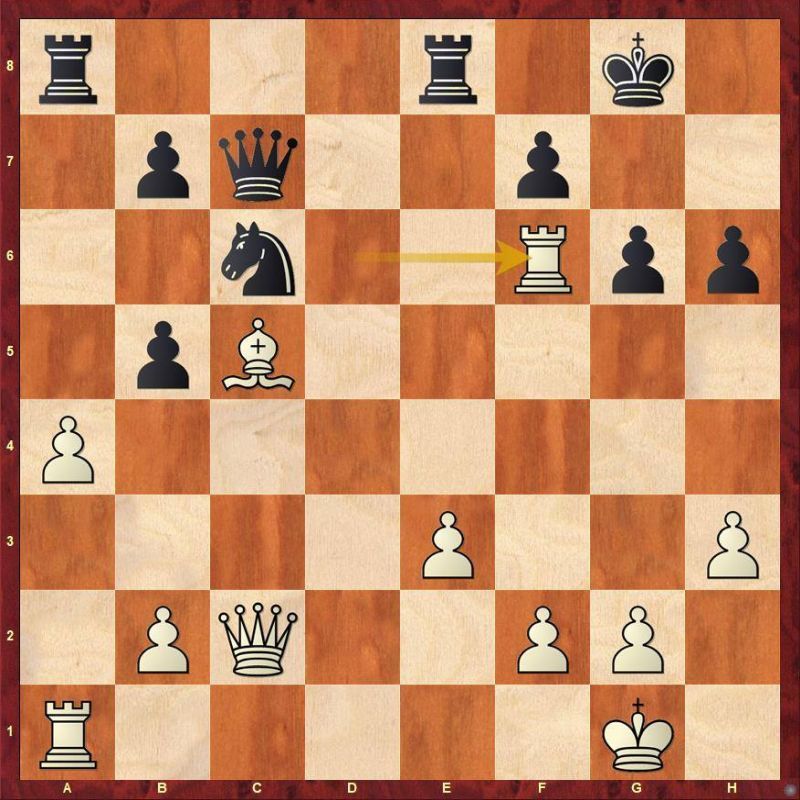 Now that Black has moved his Queen to c7, 25.Rxf6 is possible, but the variation is not over as Black goes ...Nb4!? 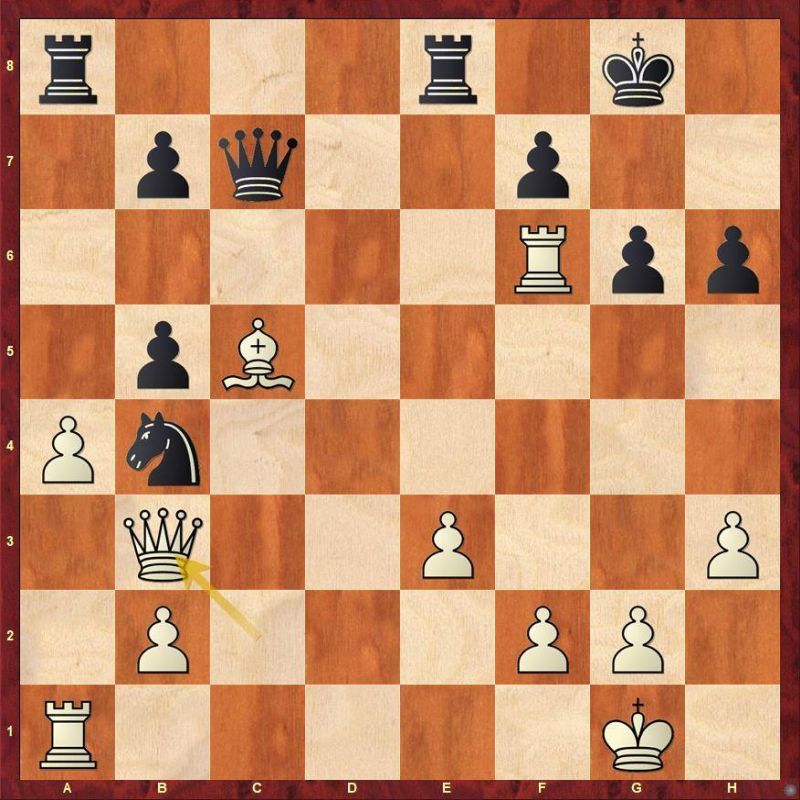 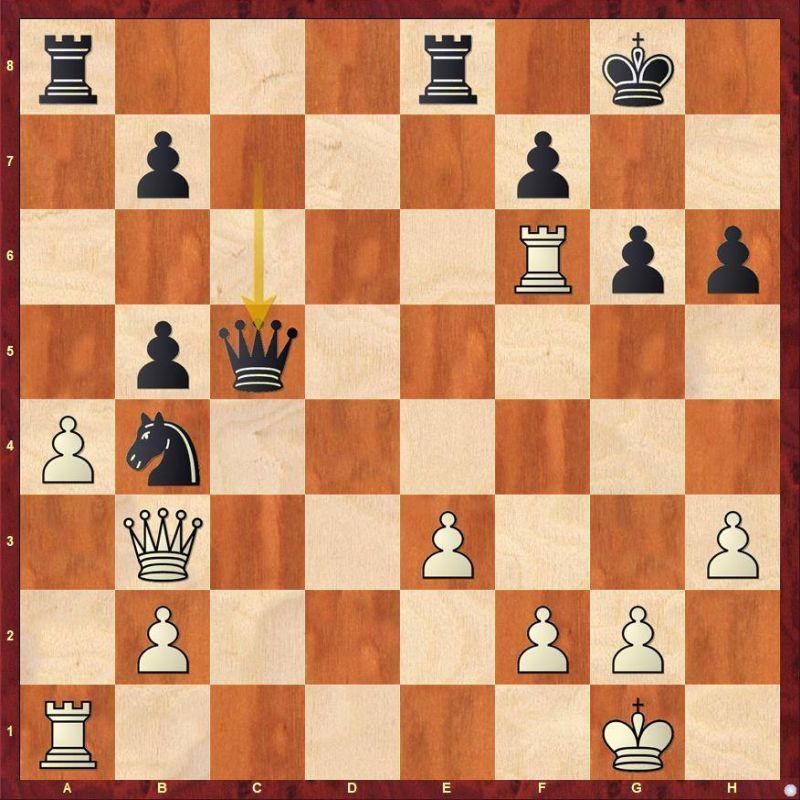 Black can take the Bishop with 26...Qxc5 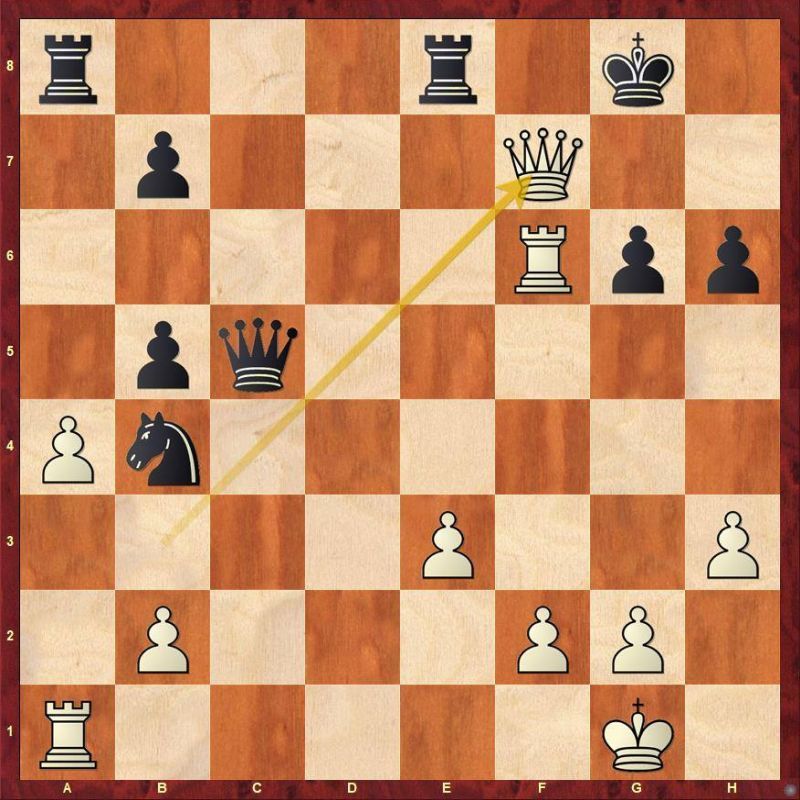 White has a brilliant attack for the piece with 27.Qxf7+ 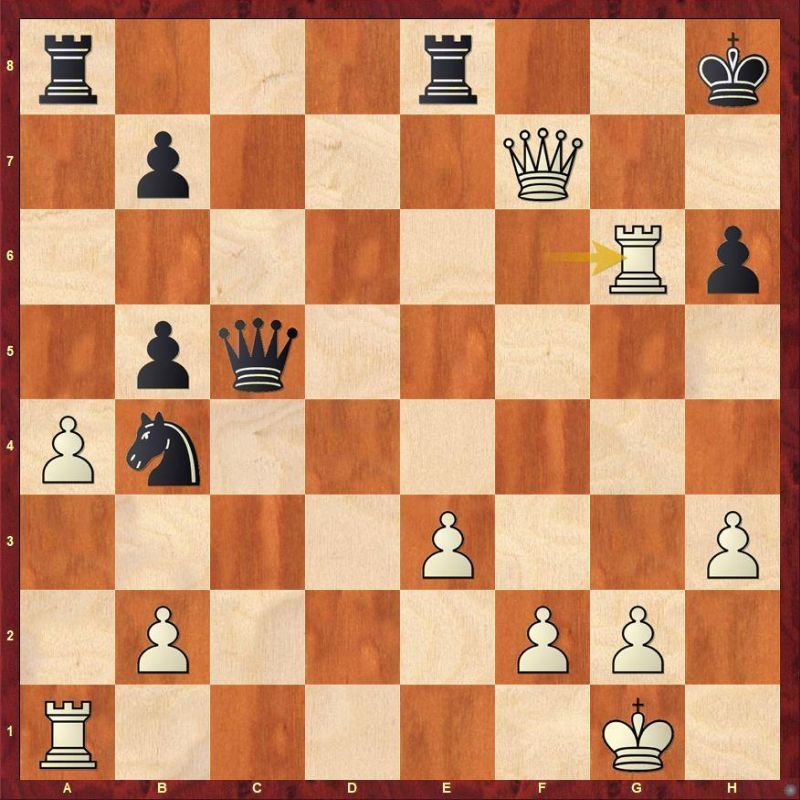 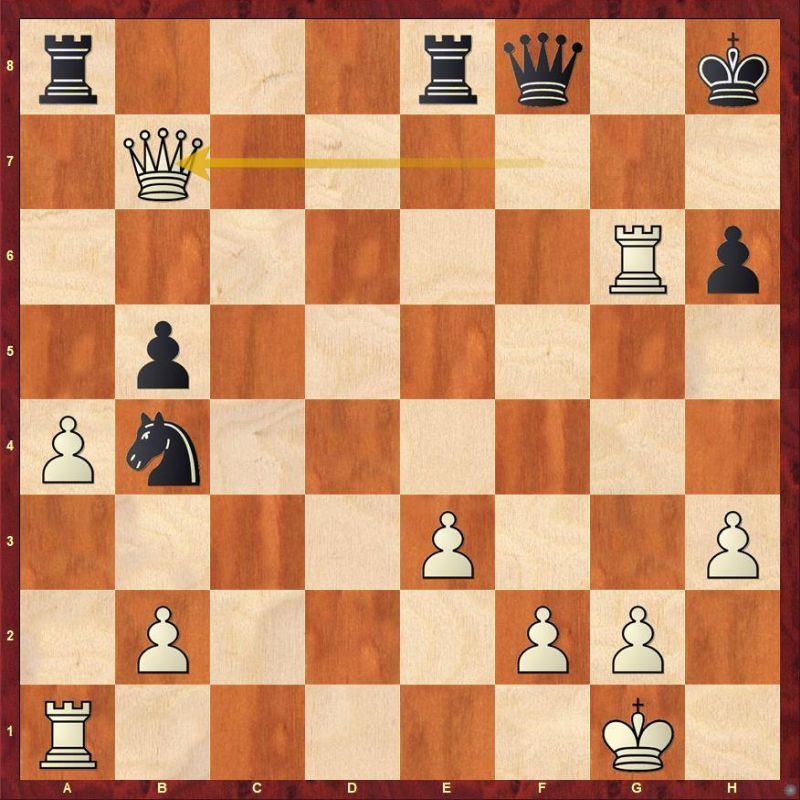 After 29.Qxb7, White has four pawns for a piece and a continuing attack!

We had promised a one month ChessBase Account serial key for the best answer to this problem. But we have found that there are three people who have given the right answer:

The above three players had given the solution in the comments section of this article. We congratulate them for their answers! Well done!

Please write to us at teamchessbaseindia@gmail.com to claim your prize.