Creating a DGT like chess board for just Rs.3,000

A DGT chess board is one which you can not only connect to a chess clock but also to a computer chess program. Each of the moves you make on the board are automatically stored in the chess software on your machine. Currently such chess boards are created by DGT Projects, a company based in the Netherlands that has the state of the art technology in manufacturing these chess sets. However the cost of the board is quite high - close to Rs.35,000. Hence, a team of developers from Bangalore, working for a US based company named Thoughtworks, have come up with a project of creating their own DGT like chess board. They have named it as the Rolling Pawn and the boards shall be available for as low as Rs.3,000.

DGT chess e-Boards are accurate and fast chess move input devices for your computer. The boards are used to register and record games and with that you will be able to stream live games, play with opponents and analyse your games. This is a great tool for chess players to learn and improve in the game. It can also help beginners to follow chess books and learn, because analyzing games from books, on an ordinary board can be very difficult for beginners when faced with variations. Especially going deep into variations, one may get lost as it becomes difficult backtracking to original main line positions. With all these benefits, the cost of these DGT boards makes it almost impossible for common players to buy one and practice to improve their game. A DGT board costs around ₹30000 to ₹35000 ($450 - $600). That was our motivation to create an affordable DGT board and make it available to people. We are creating a DGT board which costs around ₹2500 - 3000 ($30 - $35). Below, I am going to explain a bit about the journey of making the board and how it works.

To identify the chess moves, we are using a four wire resistive touch panel. In electrical engineering, a resistive touchscreen is a touch-sensitive computer display composed of two flexible sheets coated with a resistive material and separated by an air gap or microdots. This is actually the costliest part in out board, which costs around ₹1800. We wrote the software behind it. 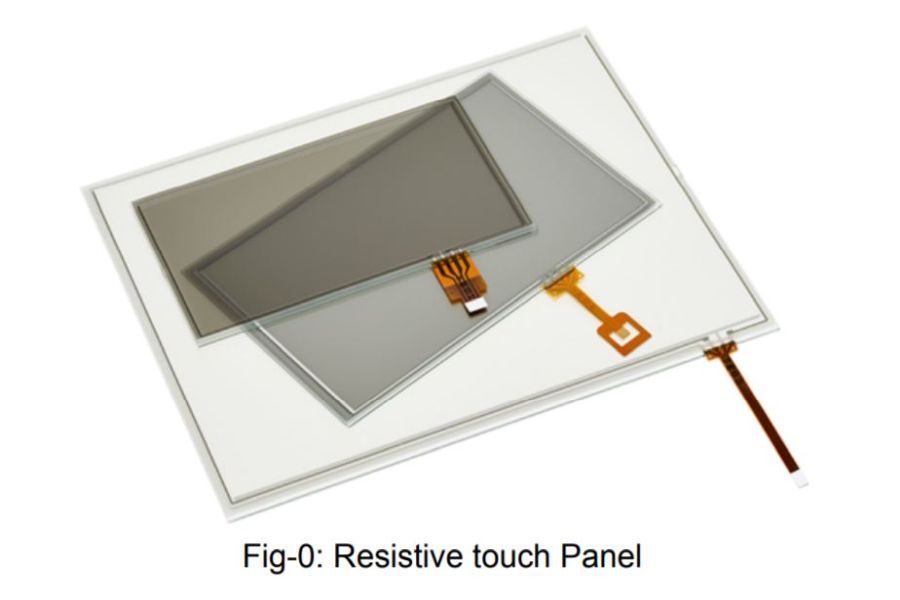 The touch panel which essentially converts the touch panel into a virtual chess board. Which identifies the squares as a1, a2, b1, b2 etc. Now to get the feel of a chess board, we just printed a black and white chess board and put the Resistive touch panel at the top of it. With a little calibration, we achieved a state where if we touch the different squares in the chess board, we could see the name of the square on our computer. Now the real need, can we find a way to send the move from this board to a Stockfish, and play with it? After a bit of research we could not find any REST api which uses Stockfish engine. So we went ahead and created one. The REST api is in a private repository for now, but we will release that along with the actual DGT board for free. After this step, it was just a point of stitching things together and implementing a few features along with game play. The first feature was to display the move made on the real chess board to a chess board in the computer. By this time, the move from the chess board was already getting captured in a hosted server. So we create a UI to replicate the moves made by users on the real board. The below video shows how it worked.

If you notice in the video, the move is made by me for both White and Black. That’s because once we identify how to replicate moves from board to computer, we can just replace one side to the REST api we created earlier which uses Stockfish. Also, we wanted to integrate a feature later, where one person is playing on the board and one person is playing on computer scenarios as well. And that is exactly what we did as a next step.

Now we started thinking, what if the player does not want to have a laptop or a computer screen while playing the game. Is there a way we can get a small dedicated display for the chess board which can be very minimalistic in nature and just show some important information, like Engine Moves to the user? That’s when we started working on integrating an LCD screen to the board. And as shown in the video below, the screen showed the player the engine moves, so that the player can replicate the move in his or her board. 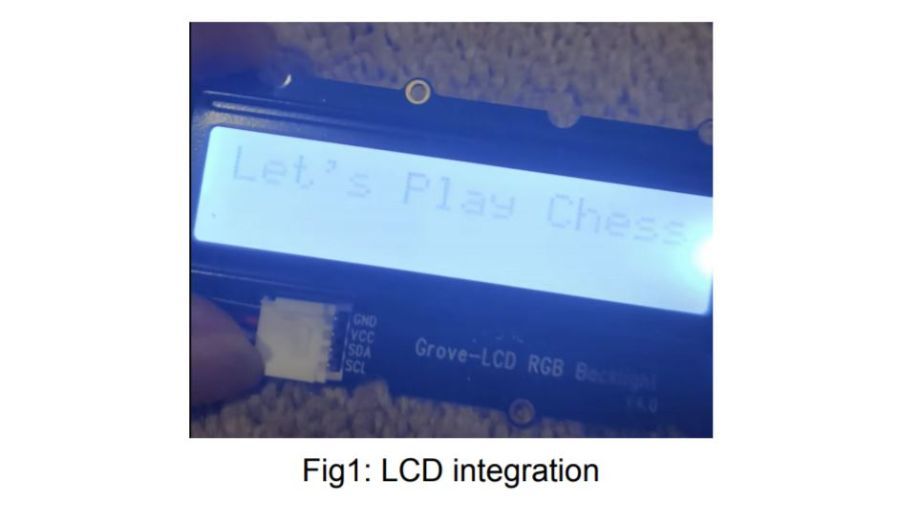 And this is how the LCD showed the Engine move so that users can replicate the move. 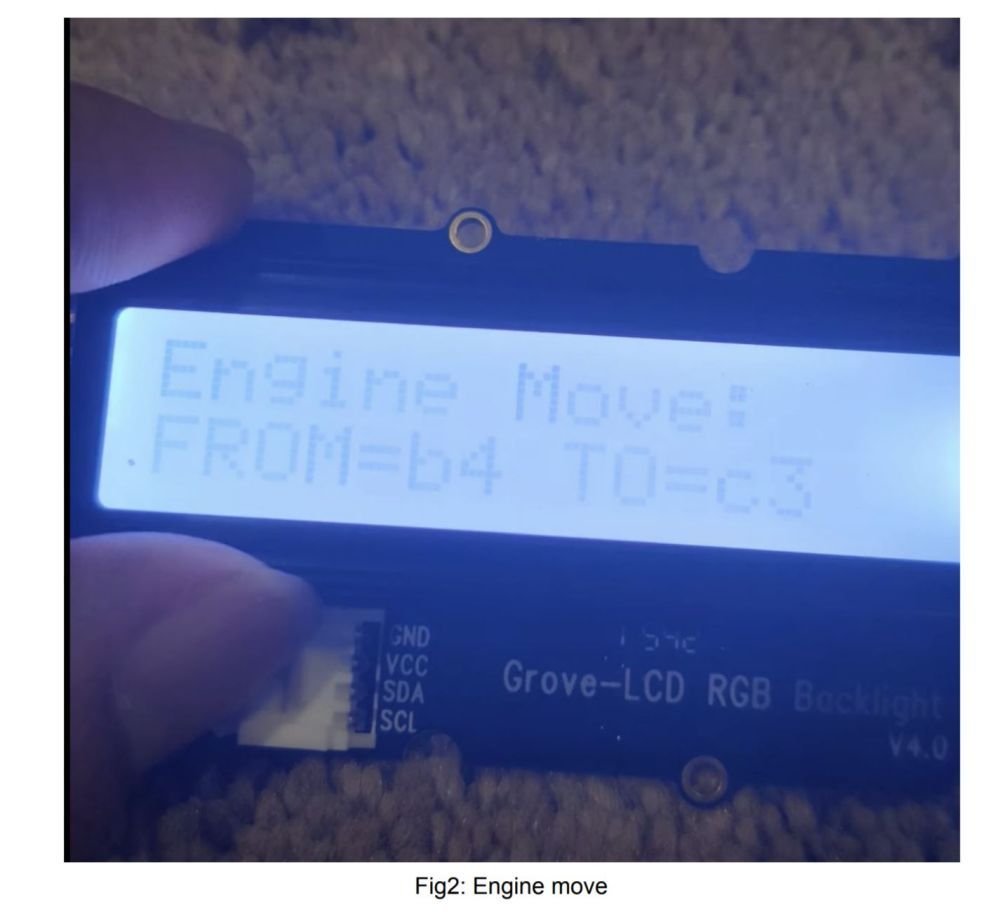 At this point it’s already a full fledged chess board where users can play. Now we thought of integrating some features to the board with the help of this LCD panel and the Touch Panel. And we also needed a good design. We added options in the design for User to choose the Engine Level and to choose Side before the game starts. In the touch panel, we also added options for pawn promotion, when the pawn reaches 8th rank. The new design looks like this: 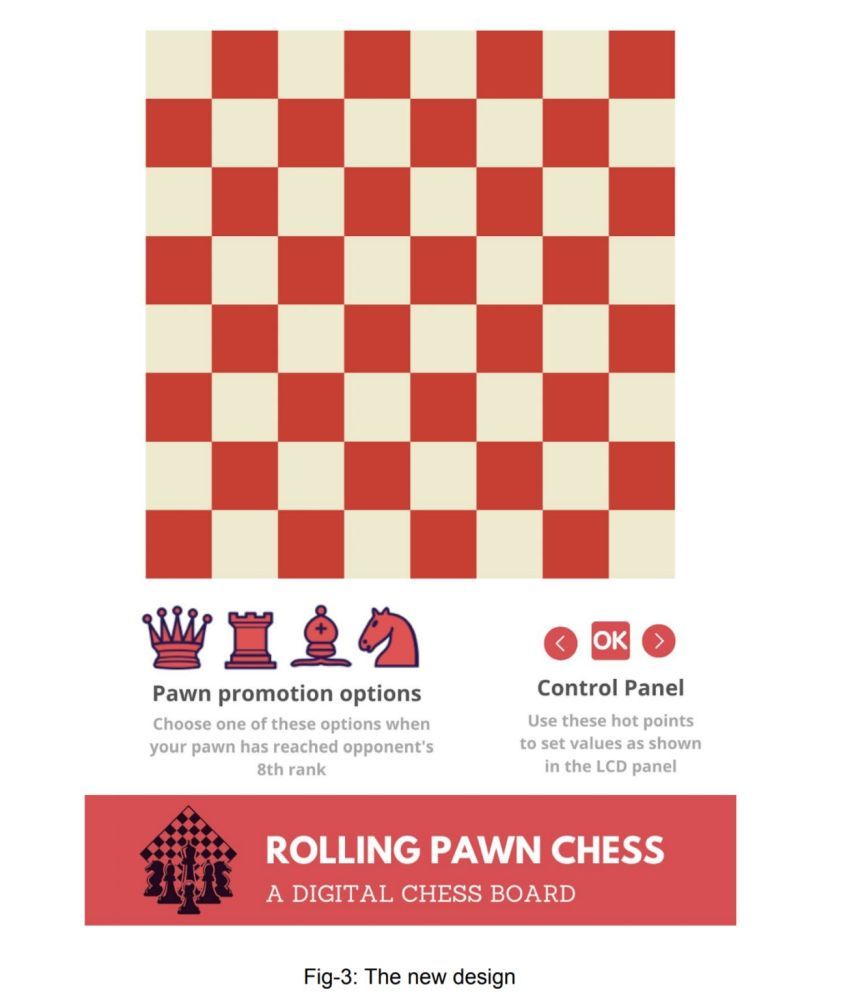 We have posted a detailed video of how the complete chess board works in our Youtube channel. Please have a look at it, to understand the complete flow

Now that our hardware part is completed, we are going to concentrate on making the User Interface for this board. We want to give the users a great experience, when they connect their board to cloud. The features we are currently working on are:

1. View and Analyse games that users played on the actual board with Engine.

2. A user interface which can allow two users to play with each other, where:

a. One player is playing on real board, and one player on computer

b. Both the players are playing on a real chess board and the game is available to view live and analyse later.

We have already started working on it and should be able to make our first release by third week of May, 2020. Below are some screenshots of the User interface in progress. 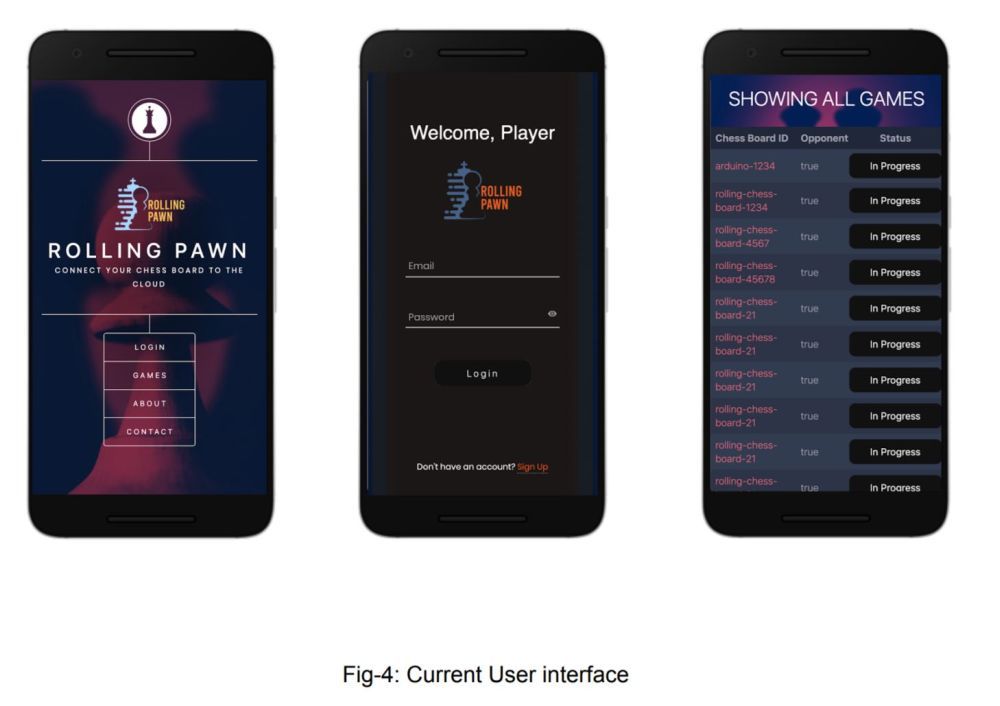 And then | Phase IV

This is the big thing. We are going to create a robotic arm which will play with you as an Engine. Believe it or not, we have already started working on it. The touch panel will sit at the top of it and the pieces will move on it’s own. Wait for it.

That’s all for now

Please subscribe to our Youtube Channel for more updates and track our progress. The big thing is, we are going to make everything open source (Yes, including Phase IV), with instructions on how you can make your own board, for free.

Thank you for your time and I will see you soon!

The development team behind this project (A part of Innovation Lab at Thoughtworks): 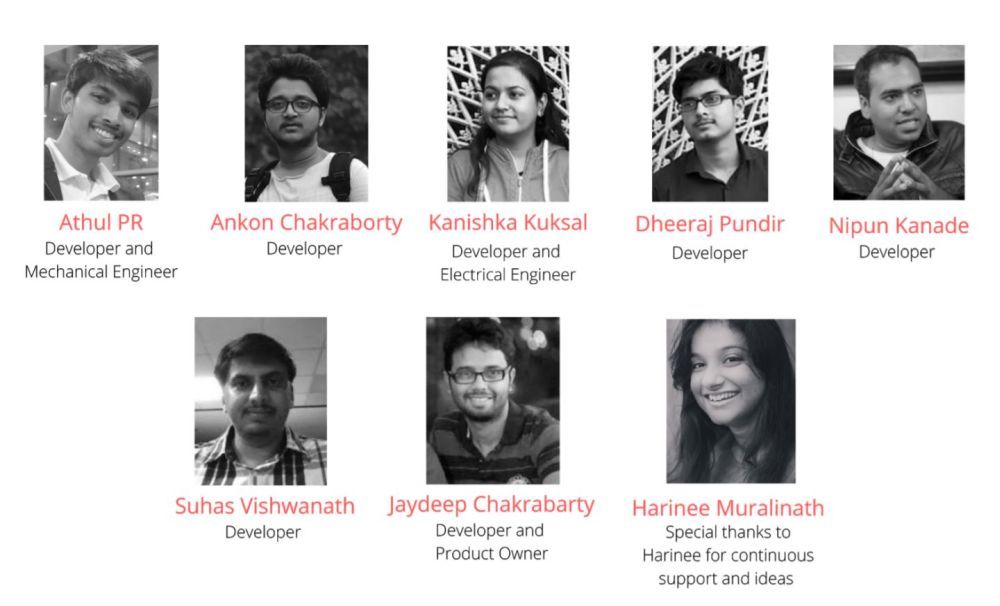 Founded over 25 years ago, we’ve grown from a small team in Chicago to a leading global software consultancy of more than 6000 employees. With our roots in custom systems and agile software delivery, we’re at the forefront of defining the tech principles used by some of the world’s most successful organizations. We have invested in organic growth, building on the strategy, design, data and engineering capabilities required to bring a truly integrated approach to solving our client's toughest challenges. Our collaborative, cross-functional teams deliver real results, fast. A lot has changed since then but the important stuff stayed the same: We’re a community of passionate, purposeful individuals revolutionizing software design and delivery while advocating for positive social change. At our core, we’re geeky software engineers and consultants who love solving big, interesting problems. ThoughtWorks challenges curious minds to make a real impact. Together, we’re creating a place where you are free to make your mark on the world through technology.